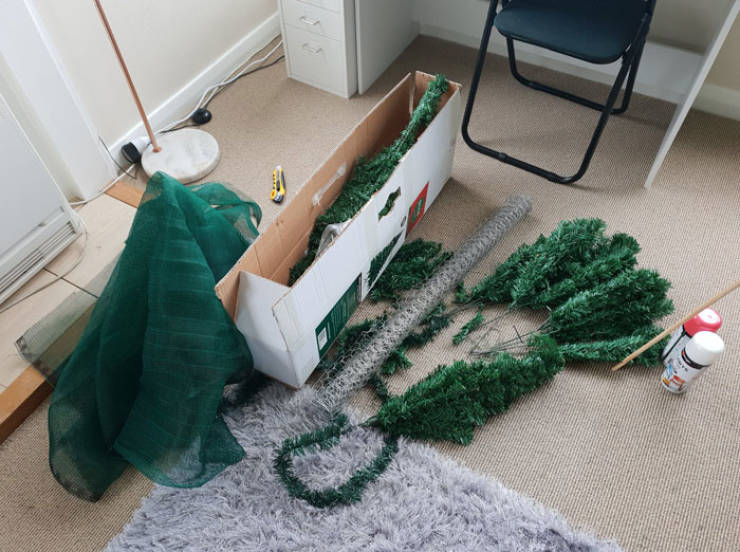 Steven Newland, a 36-year-old floatplane pilot from Rotorua, New Zealand, strayed away from the path of tradition and decided to one-up his Christmas tree design. The result was Treezilla, which is exactly what it sounds like—a Christmas tree that looks and feels just like Godzilla. Well, minus the actual size. 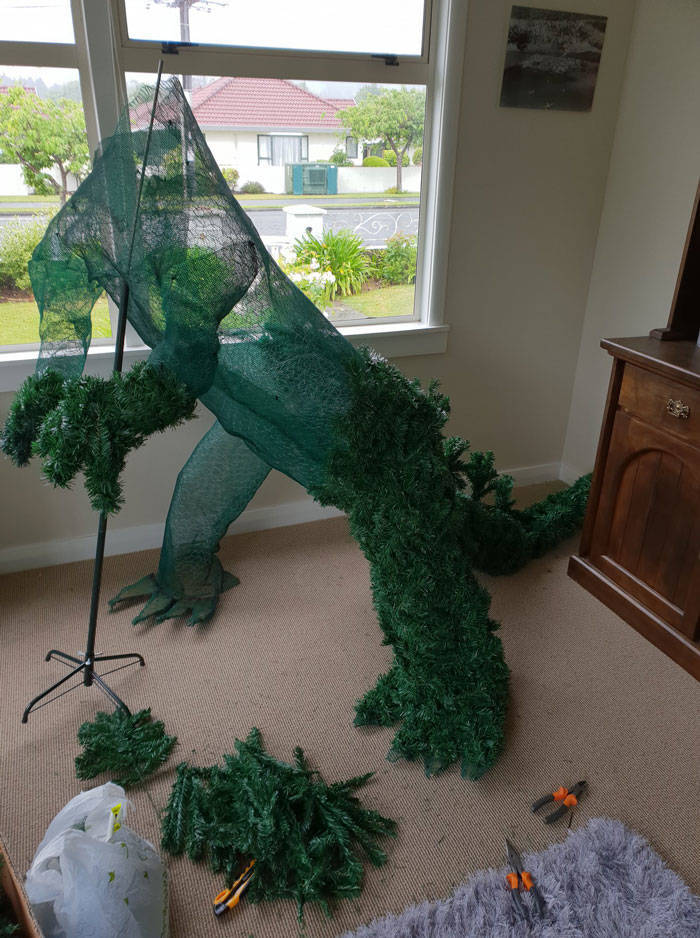 It’s impressive what you can do with some wire, weedmat, 4 christmas trees, decorations & a fog machine 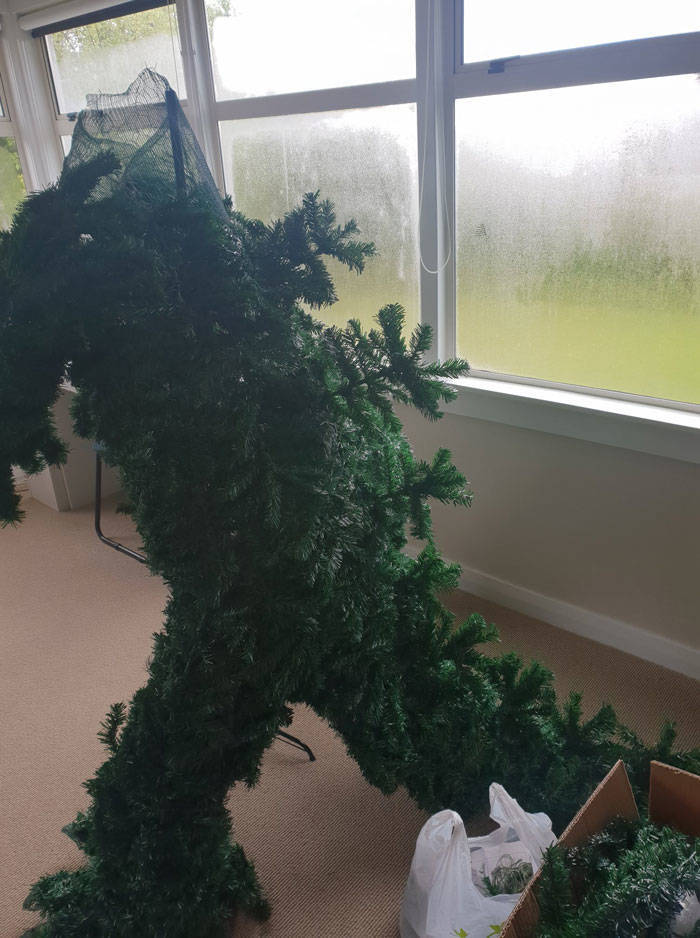 “I got the idea from my 4-year-old nephew who loves dinosaurs,” explained Newland. “I thought I could do a dinosaur tree, but why stop there?  If it could also breath smoke, it would make it amazing!”

The impressive Treezilla was built using a handful of regular household items: 10 meters of chicken wire, a weedmat, plastic teeth, paper claws, Christmas lights, and four different fir trees. For added effect, it was equipped with a fog machine that is controlled remotely and refillable using fog machine fluid.

The tree reaches 1.8 meters in height, a bit higher than the average person’s height. So, it may not be as gigantic as the actual Godzilla monster, but at least it may seem like it for the kids. 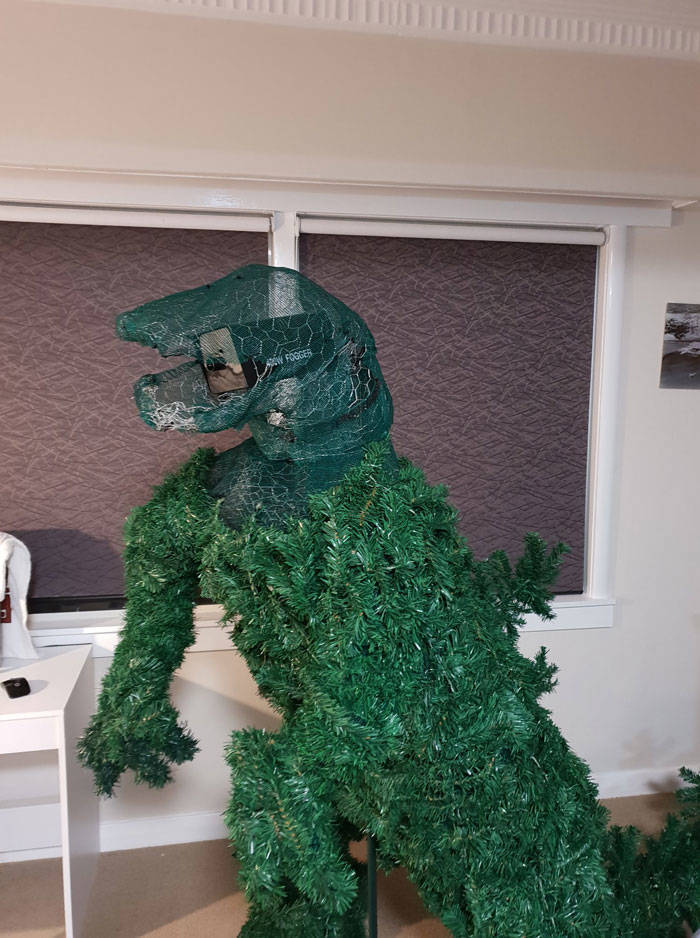 After some time, the Treezilla was auctioned off with partial proceeds going to charity 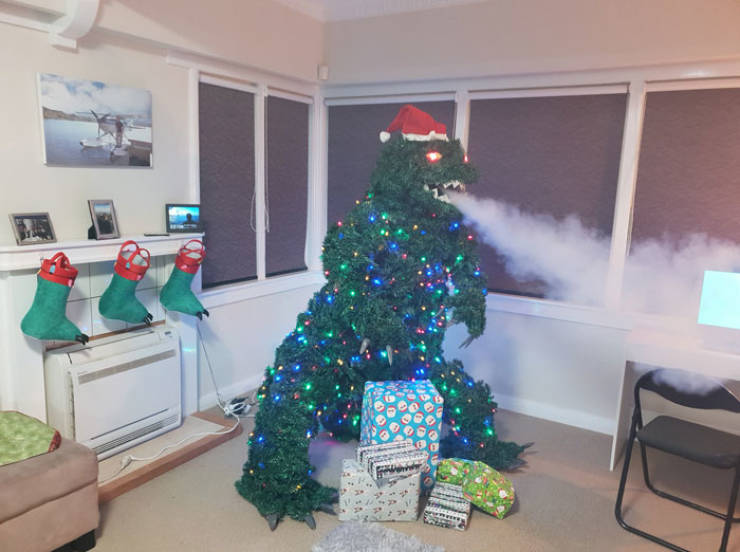 Like most indoor Christmas trees, Treezilla is placed on a stand, which is necessary to hold it upwards due to its non-traditional tree shape. However, it is barely noticeable if covered with Christmas presents or other holiday decorations. 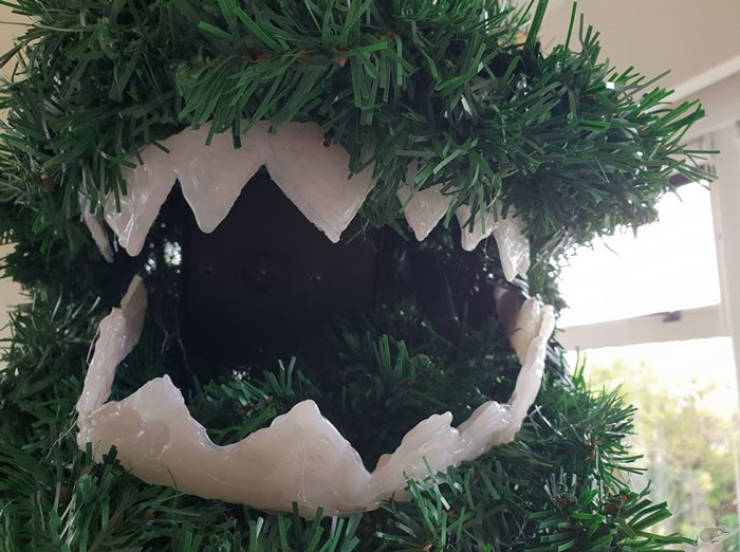 Christmas gifts were used to hide some of the structural parts of the tree, like the tree stand After around a year of storage, Newland decided to auction it off online. 34 bids later, he sold Treezilla on TradeMe for 415 New Zealand dollars (roughly 270 US dollars). He set a 250 dollar reserve, so everything above that number went towards the Canteen children’s charity, which supports young people with cancer.

When asked about future projects, Newland had this to say: “This year’s tree is still under wraps (excuse the pun). I can tell you that it involves 5 meters of chain, a beer crate, and I had to buy a ceiling fan…”

“Also, remember all of the trees I’ve made in the past—I didnt have children,” continues Newland. “Now that I do, I can go over the top, and I have a prop!”

Take a look at the Treezilla in action, spewing smoke & looking menacing 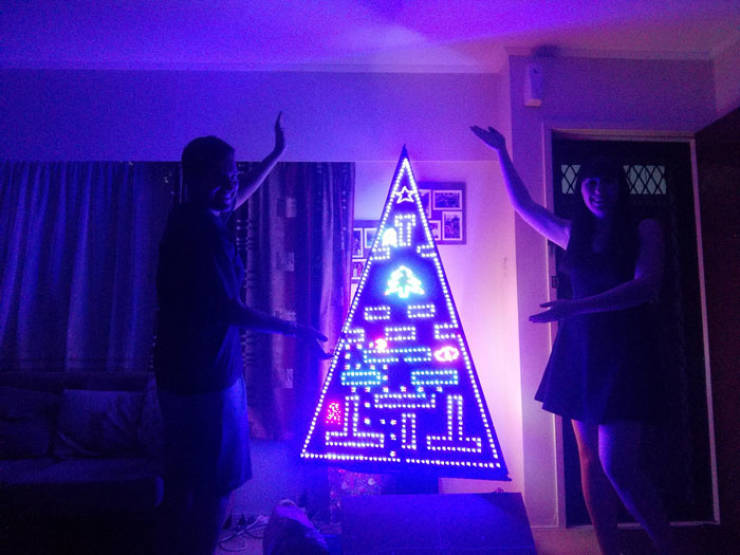 “My favorite project was the PacMan tree,” elaborated Newland. “Mainly because of the logistics of building it and working through the maze of all the lights. I can’t remember how many, but it was in the hundreds.”

… as well as the impressive Portal-themed Christmas tree 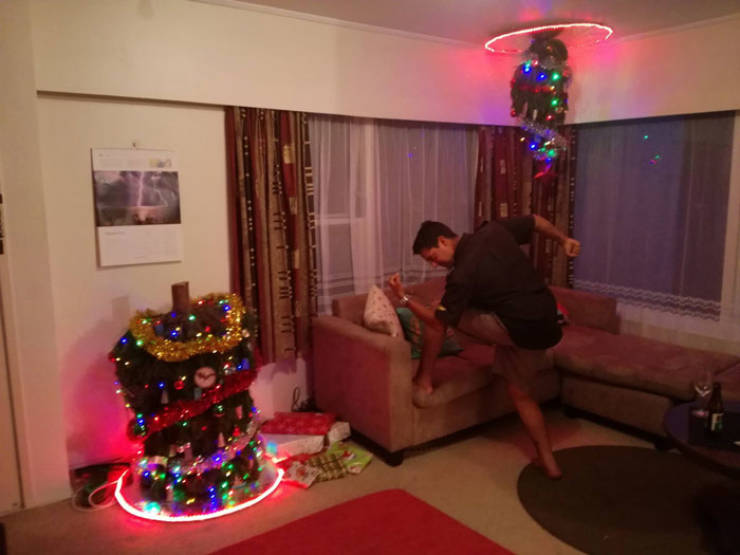