“Found this at work. Any idea what it may be used for? We are stumped and no one knows where it came from.”
1 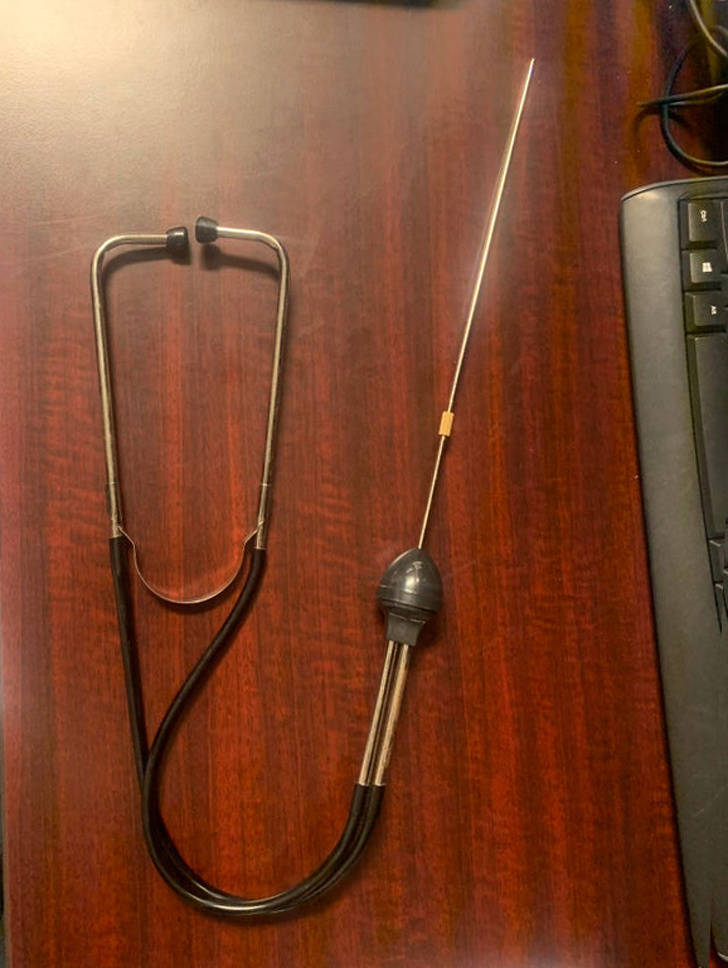 Answer: It’s a device to find the source of a noise. 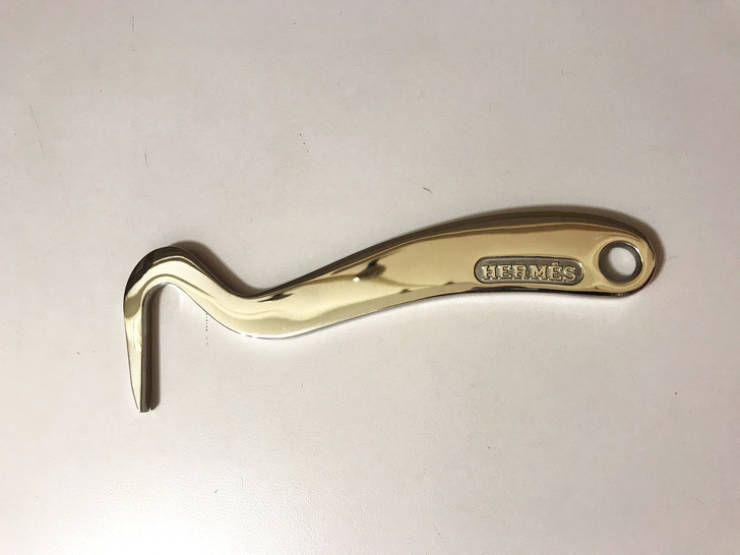 “Found these in my great-grandfather’s toolbox. The ‘U’ is a blade.”
3 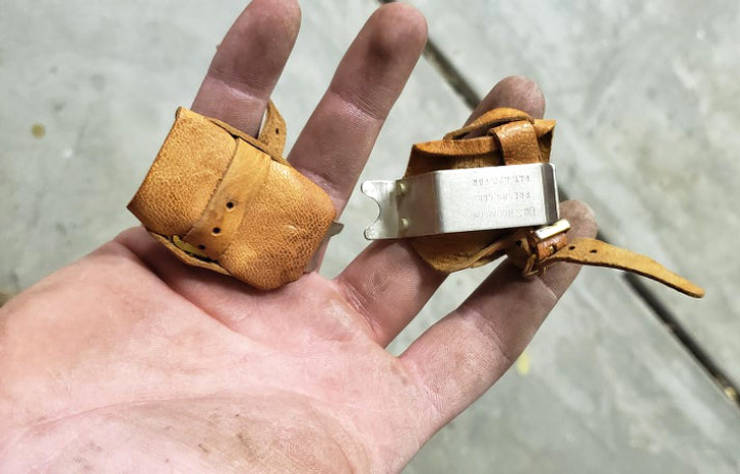 Answer: It is a grape stem cutter. 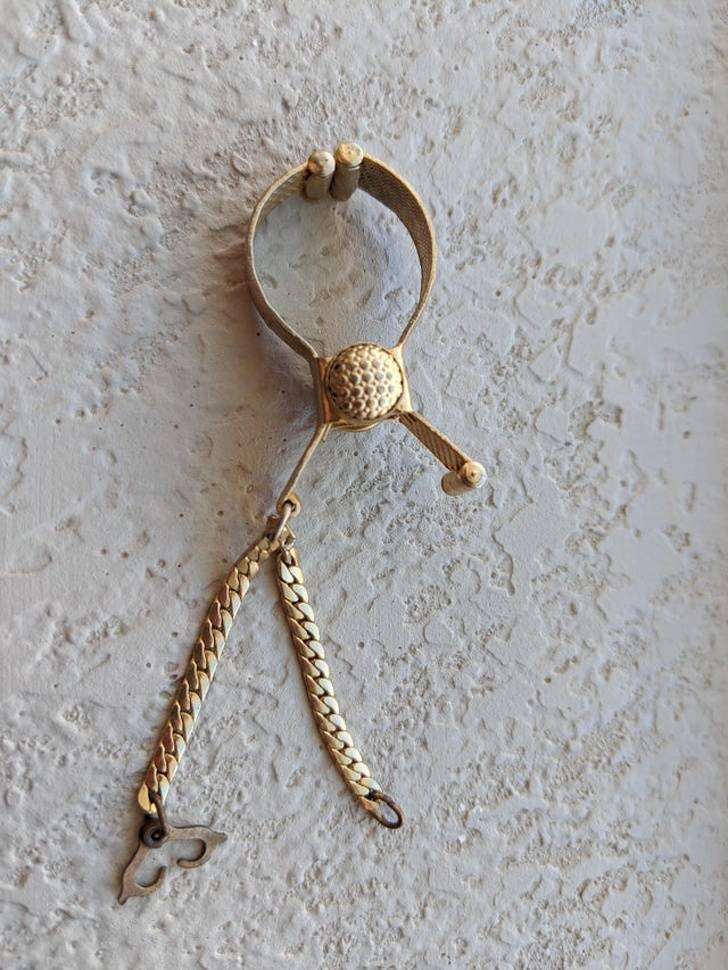 Answer: It’s a glove clip. The chain was meant to wrap around a purse handle.

“Found this in the house we just moved into.”
5 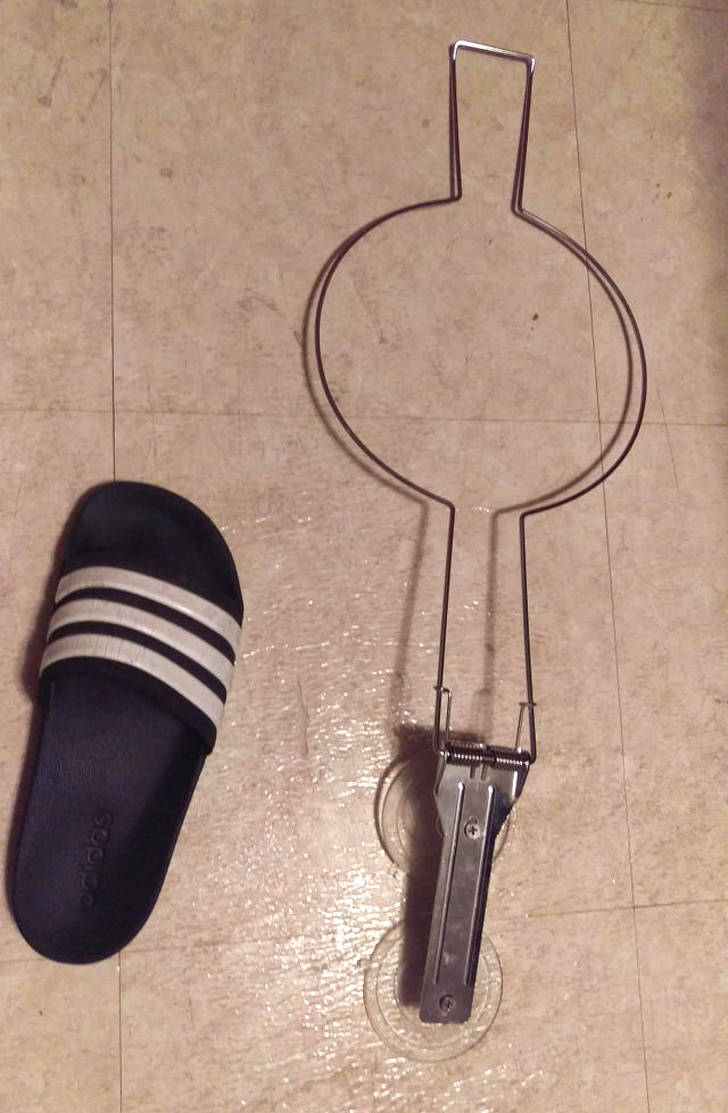 Answer: It’s a cowboy hat holder for your car.

“One of my friends posted this on Facebook. What is it?”
6 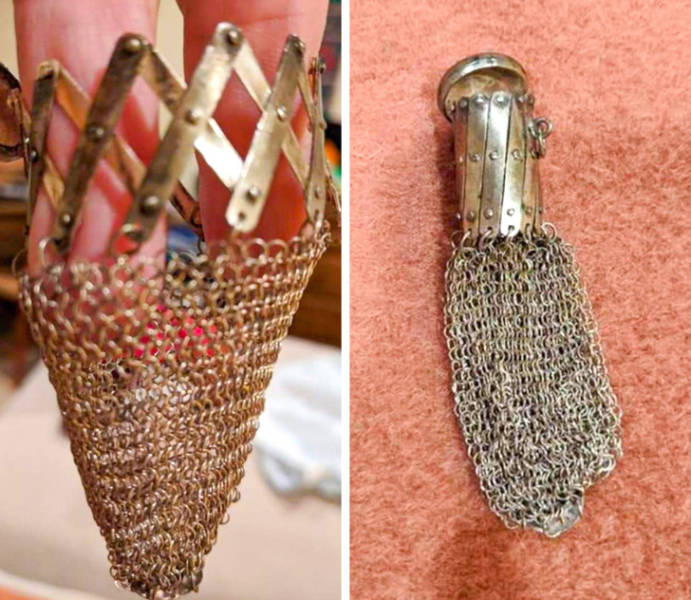 Answer: It’s a change purse from the Victorian era to the 1920s.

“Found in a hallway in the faculty offices of the hospital I work in. What is it?”
7 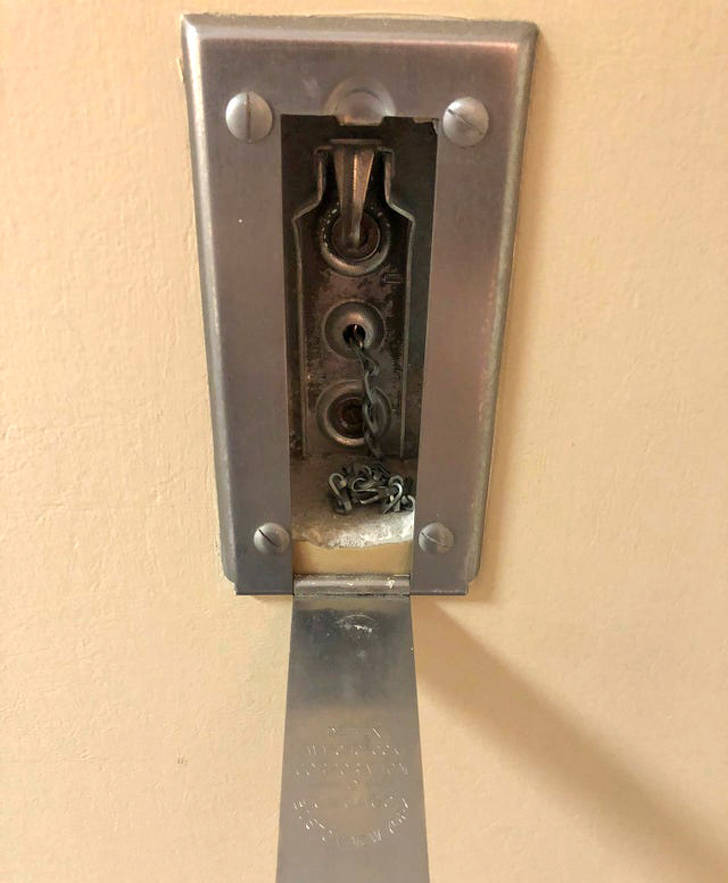 Answer: A night watchmen’s key station. A security guard would have a clockwork mechanism that he carried around the building. At each station, he would insert the key located there into this machine to prove he was there and at what time.

“No idea what this is. Found it in my grandmother’s house.”
8 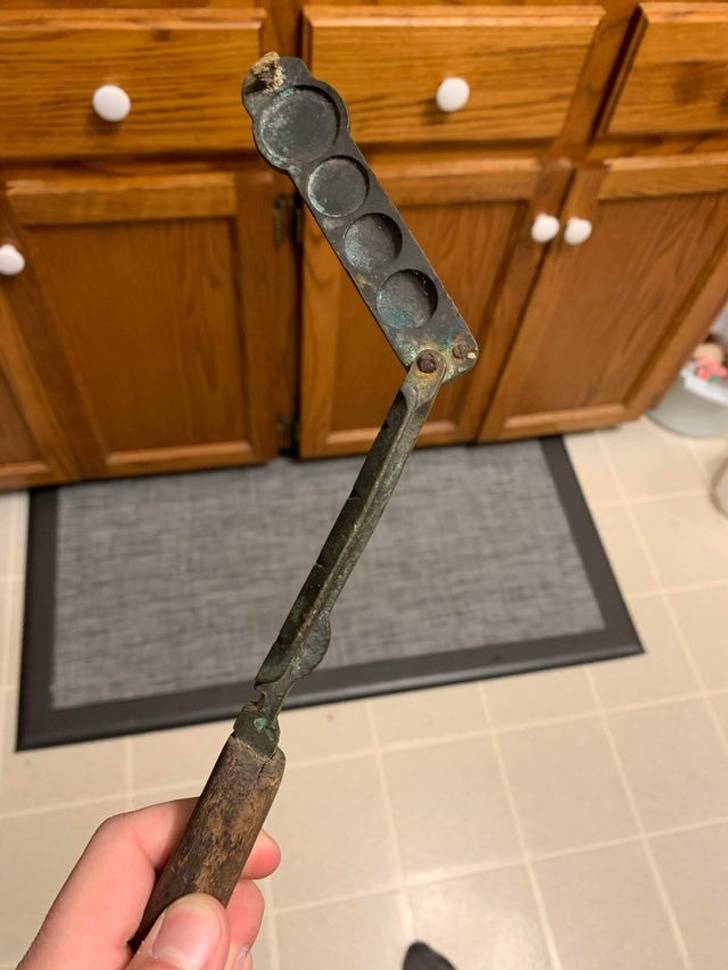 Answer: A button making tool. They were used in the 18th century.

“Found this in a kitchen cabinet, any ideas?”
9 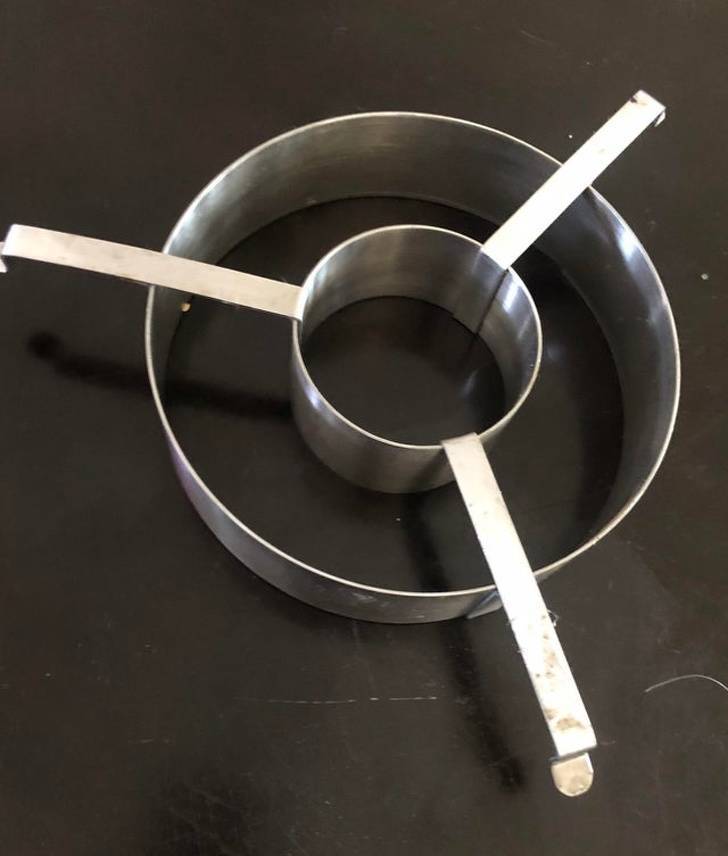 Answer: It is for baking cakes with different color layers or rather center and outer sections.

“Found this half spoon with a bunch of assorted items at my grandparents. What is it for?”
10 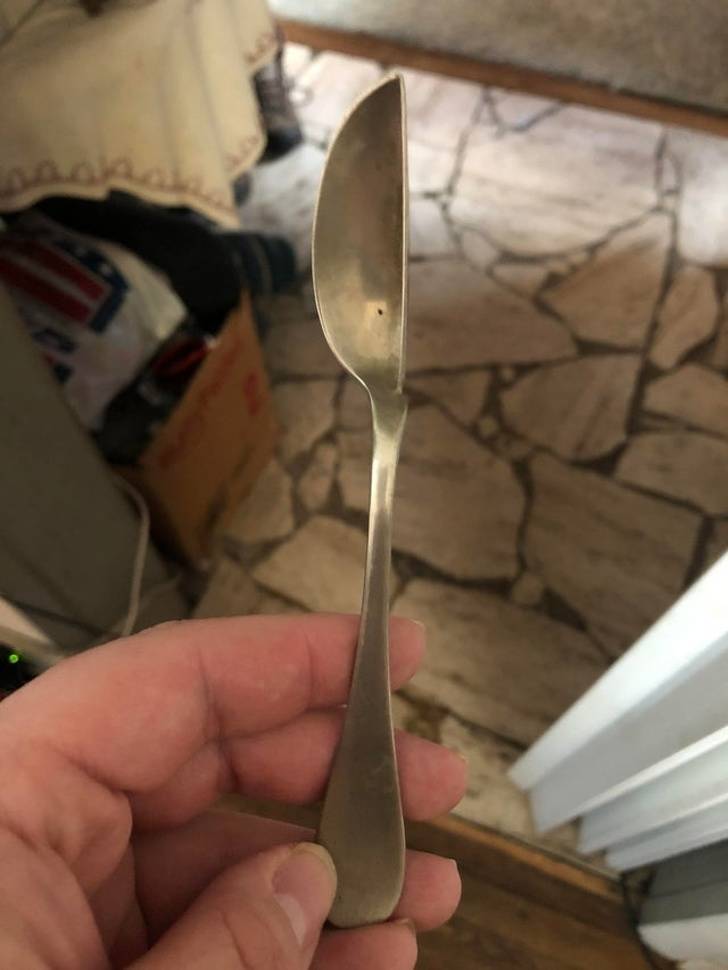 “Sterling silver utensil of some sort. Does anyone have any idea what this is? (Pen for scale)”
11 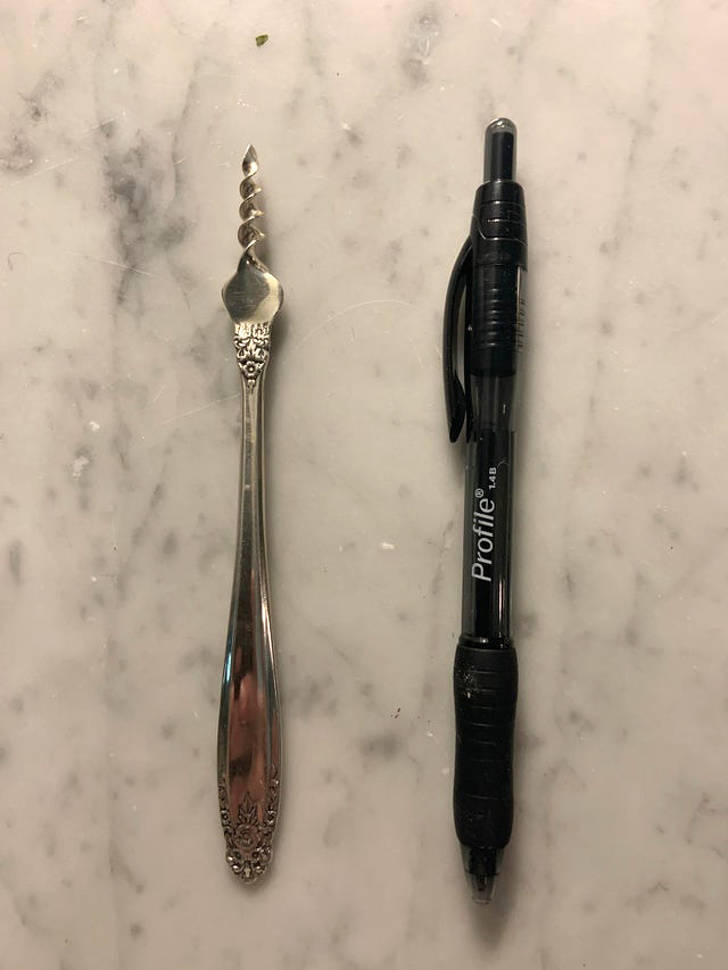 Answer: Butter pick. You can cut the butter in the shape of curls with this. 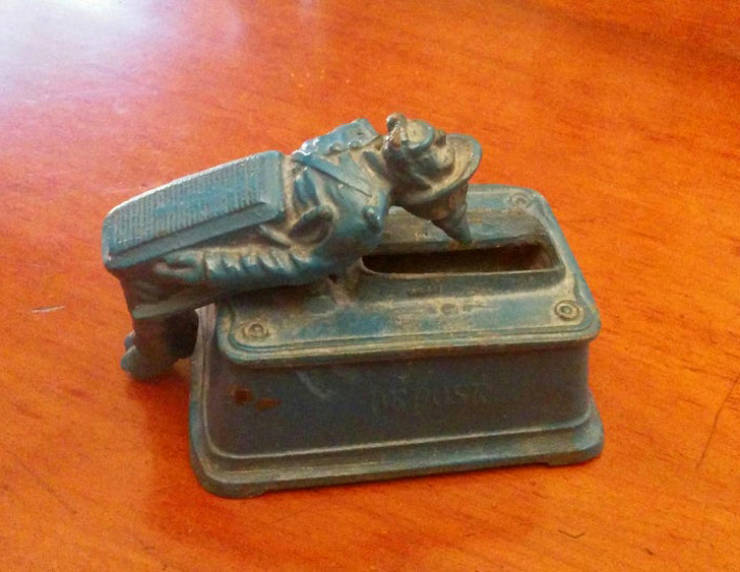 “Found this tool in an antique store, could it be for leather making?”
13 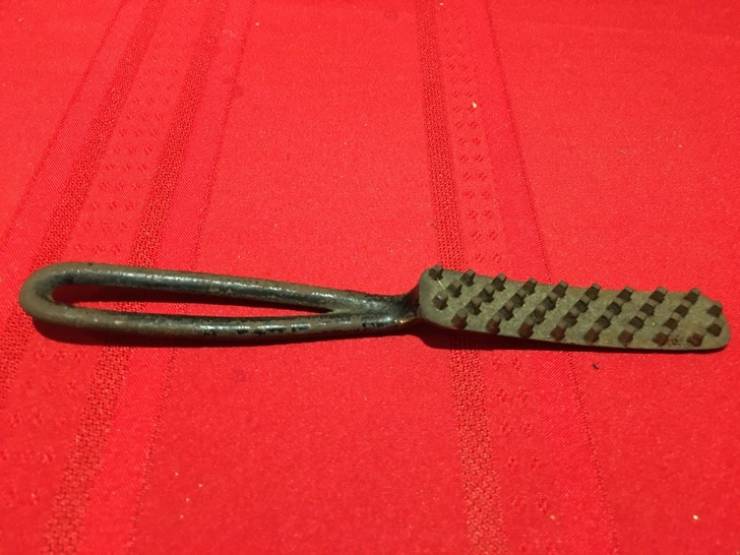 “Found this thing in a warehouse. No idea what it’s for.”
14 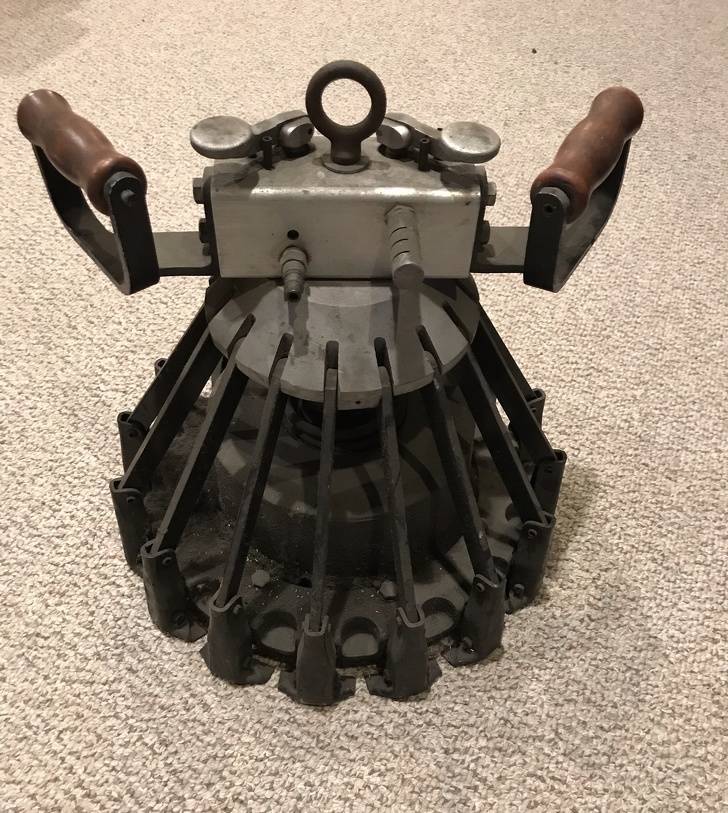 Answer: This is a machine for sealing the lids on huge buckets of paint.

“Found a bunch of these with the old silverware when setting up for Thanksgiving dinner. Everyone is baffled.”
15

Advertisement
“Can anyone tell me what this wooden thing is?”
16 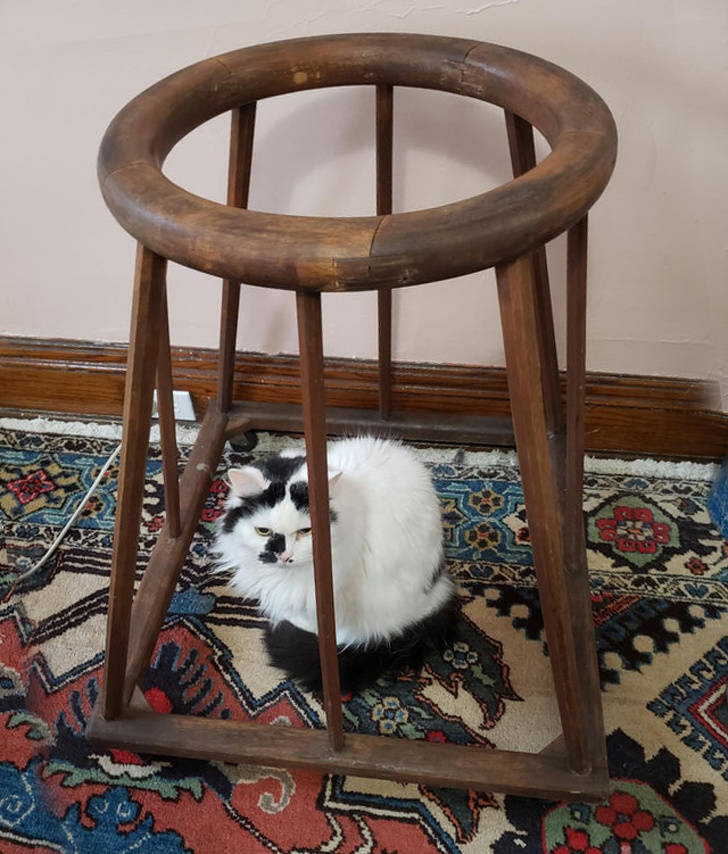 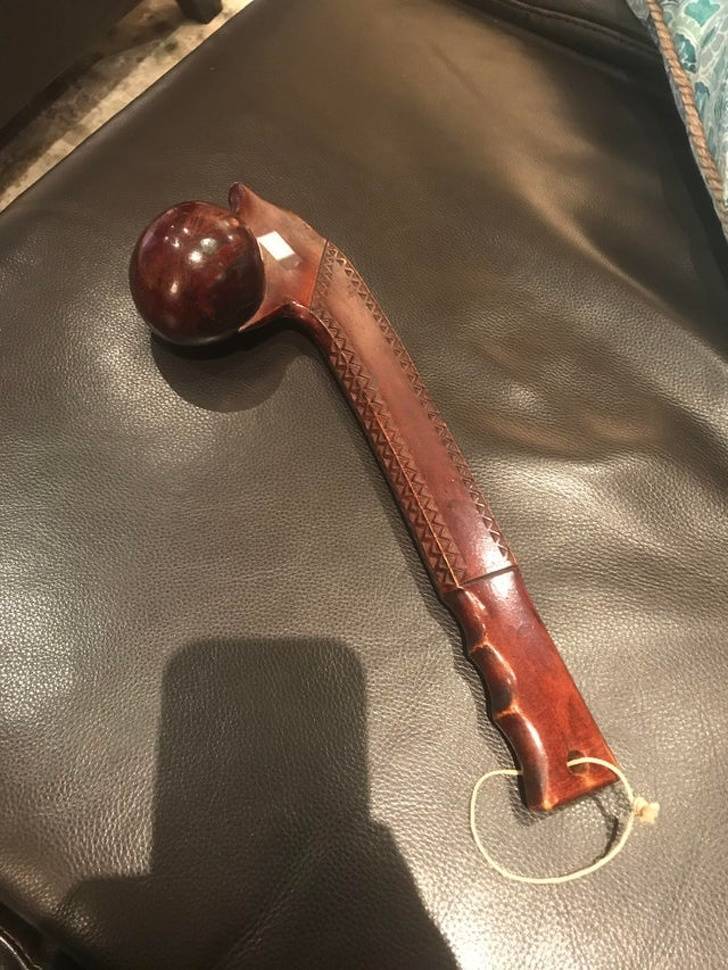 “Found in my great-grandmother’s house with my name written on it because she wanted me to have it. No clue what it is. The base is hollow the whole way across and the bottom says it was made in Japan.”
18 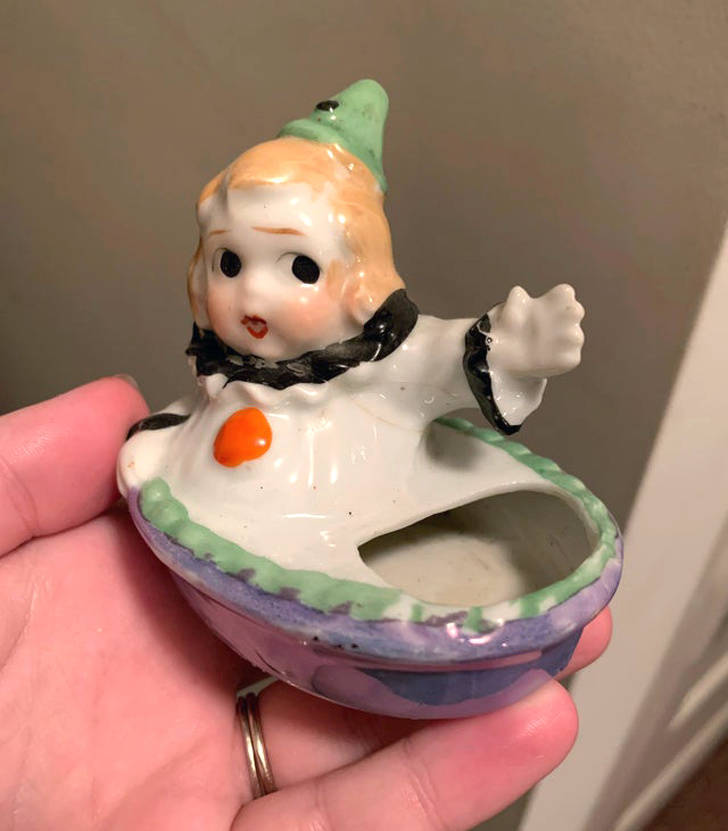 “House built in 1948, this is in the bathroom above the toilet paper holder. You’d face this if you’re sitting on the toilet. Original tile. Found in the southeast United States.”
19 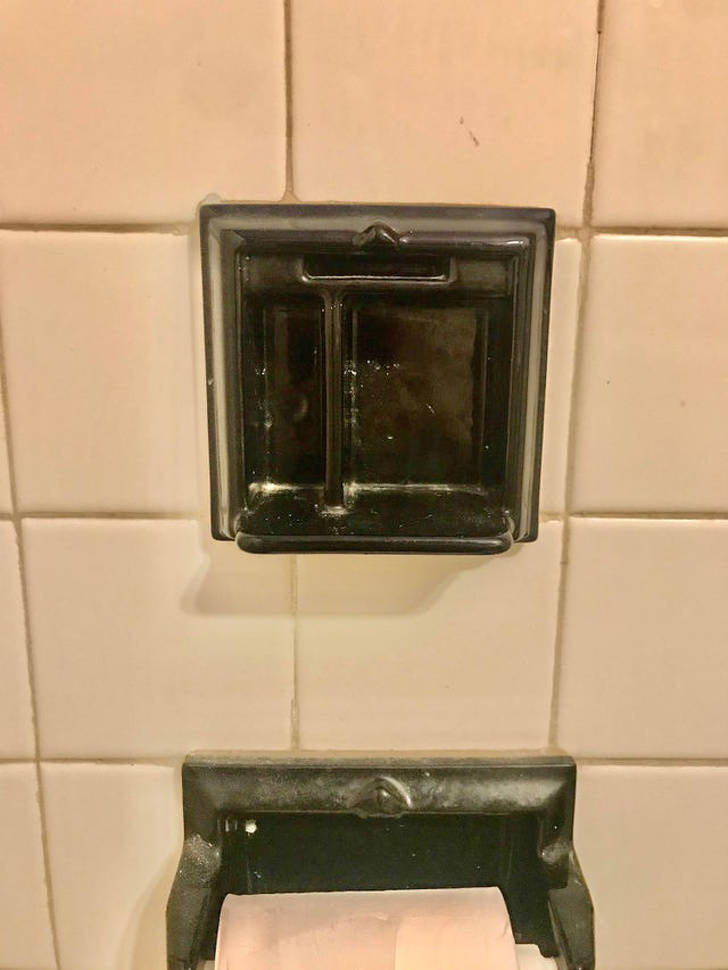 Answer: It’s a place for an ashtray. 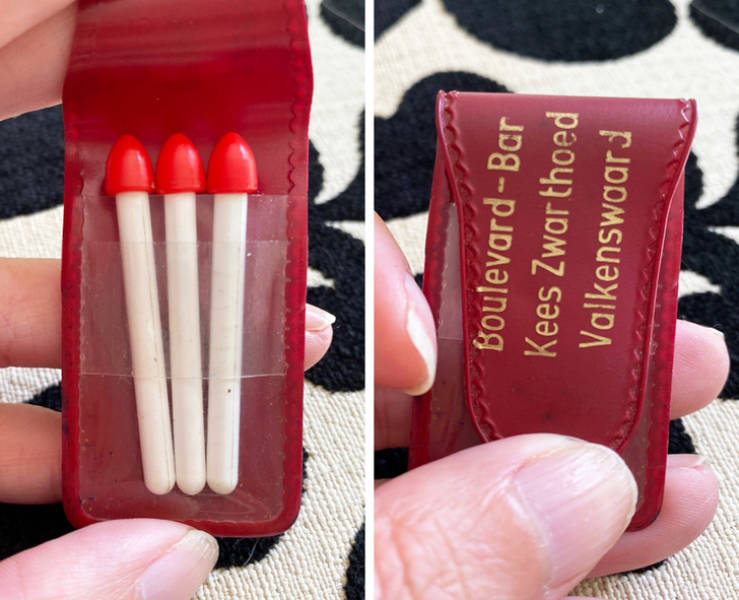 Answer: It’s an old game on which Morra-board is based called ’Klunse’ in Danish, in English ’Odds and Evens.’ Each of the 2 players presents a clenched fist containing a few small stones, coins, or matches — both players take turns at guessing if the sum of the objects in the 2 hands is even or odd. The game is played in bars, so the one who loses buys drinks for everyone.

Advertisement
“What is this clothing item and how does one wear it?”
21 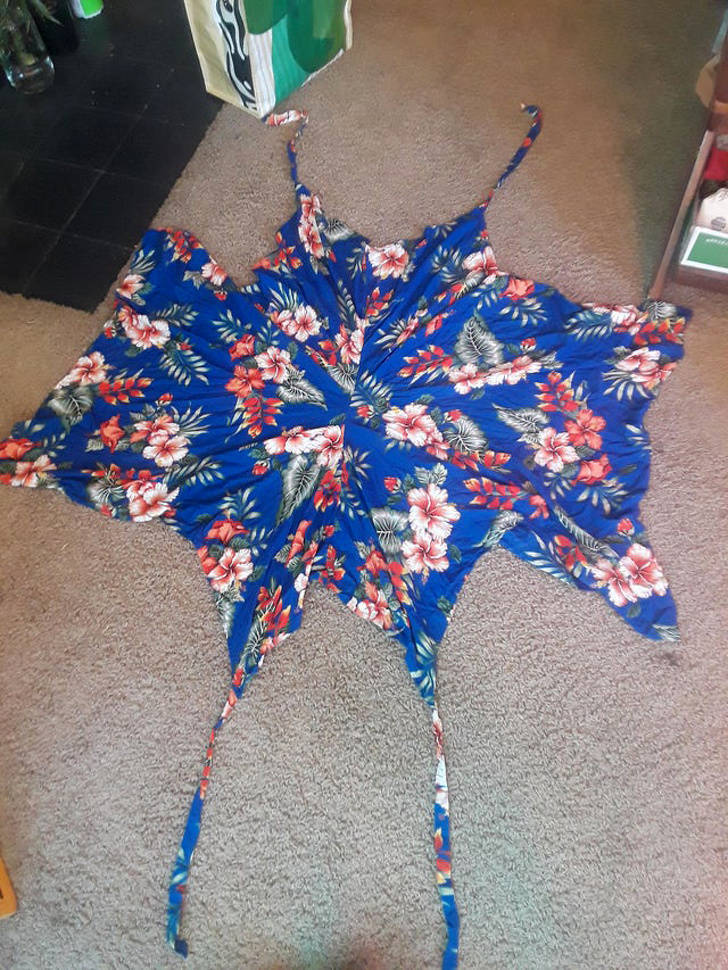 Answer: It’s a universal piece of clothing that can be worn as pants, overalls, or even as a dress or a skirt.

“Bag of water with what looks like a penny nailed above a shop door in California.”
22 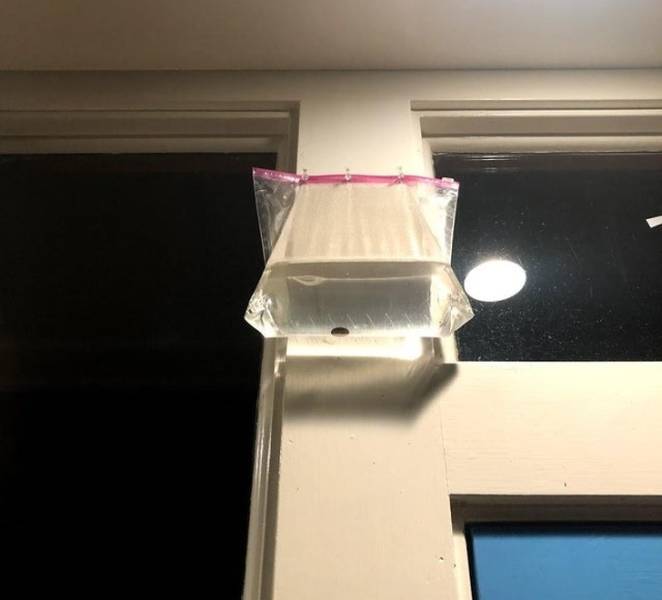 Answer: That’s to stop flys from entering. The light reflects and scares the flies away. It doesn’t work, but people still believe it does.

Treasure 1 year ago
#16 i would have thought: a cat prison..
Reply