“Last week my boyfriend was like, ‘I have a hangnail, let’s go get manicures...’ and of course I was surprised. But, okay, not gonna complain. This is why he wanted to get manicures!” 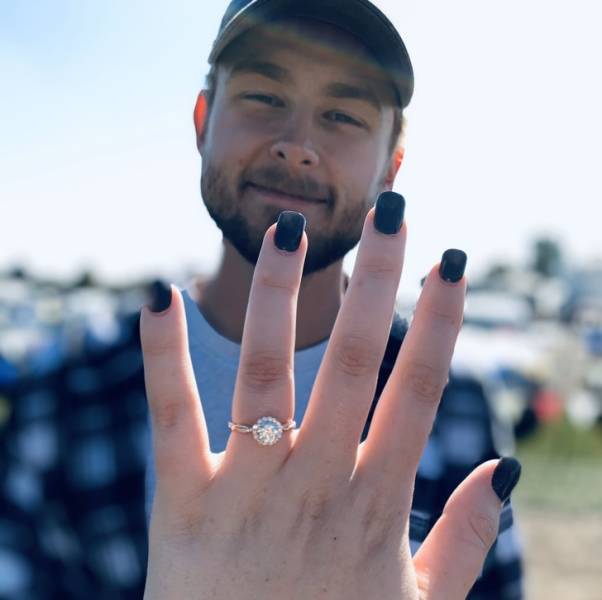 “My best friend was cheated on by her boyfriend, and my boyfriend bought her flowers just to show her that she deserves better than a cheater. Friends are also very important.” 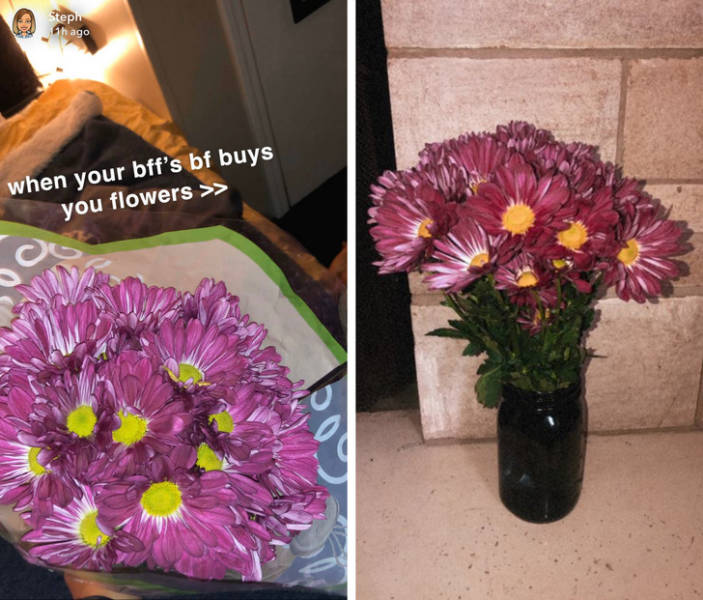 Did you also think that these things only happened in the movies? 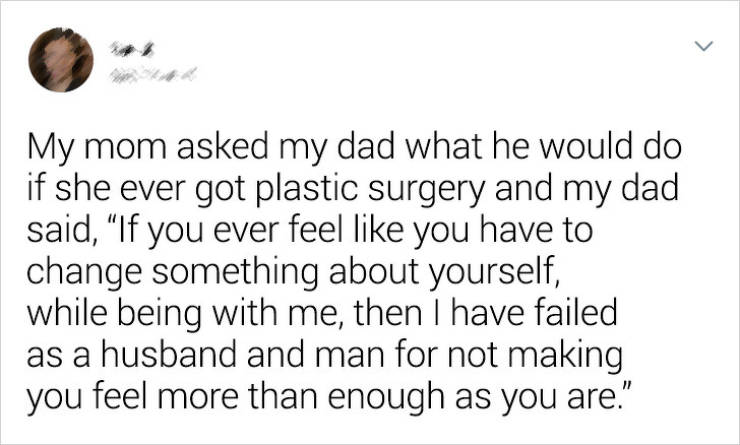 He said, “Let’s make a quick stop at Walmart I need to pick something up.” 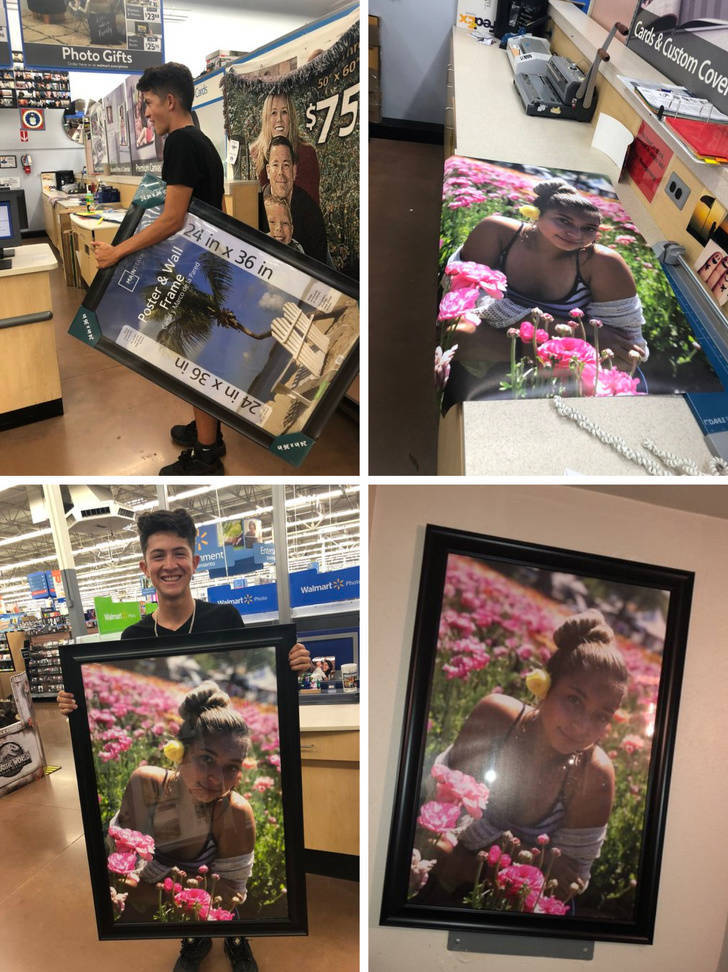 “He made a date night at home after the kids were asleep.” 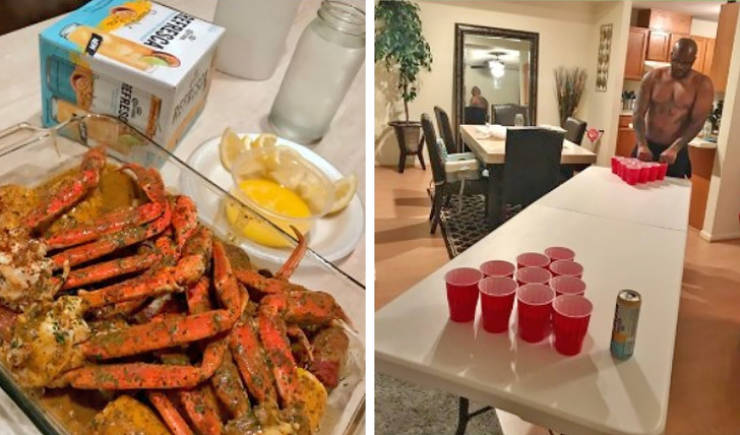 This must’ve been extremely cute. 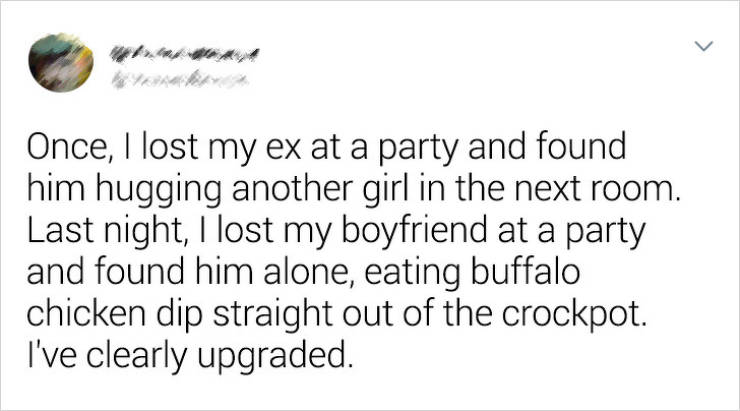 “My boyfriend literally wrote me a book about our love story and I’m actually crying.” 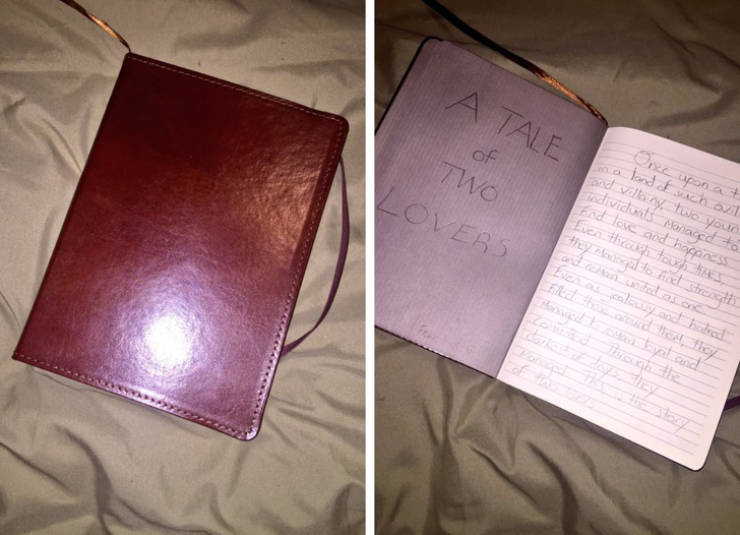 “Made a hoodie for my girlfriend because I’m obsessed with her.” 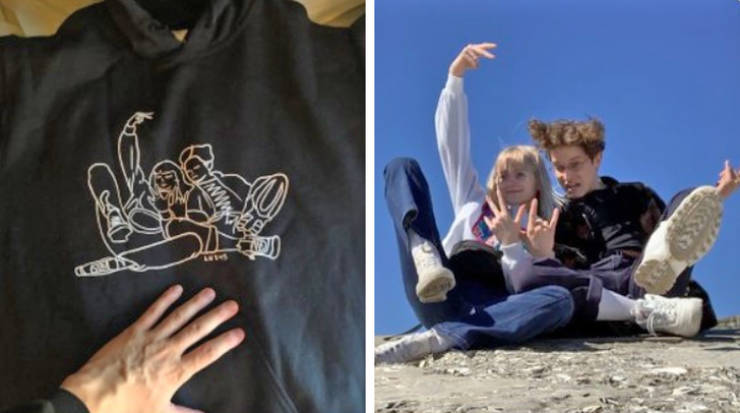 This guy is really special. 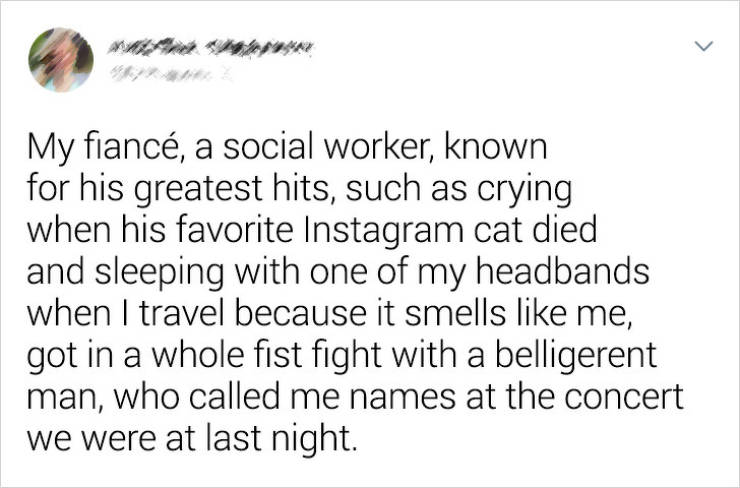 “My boyfriend, congratulating me on my first job” 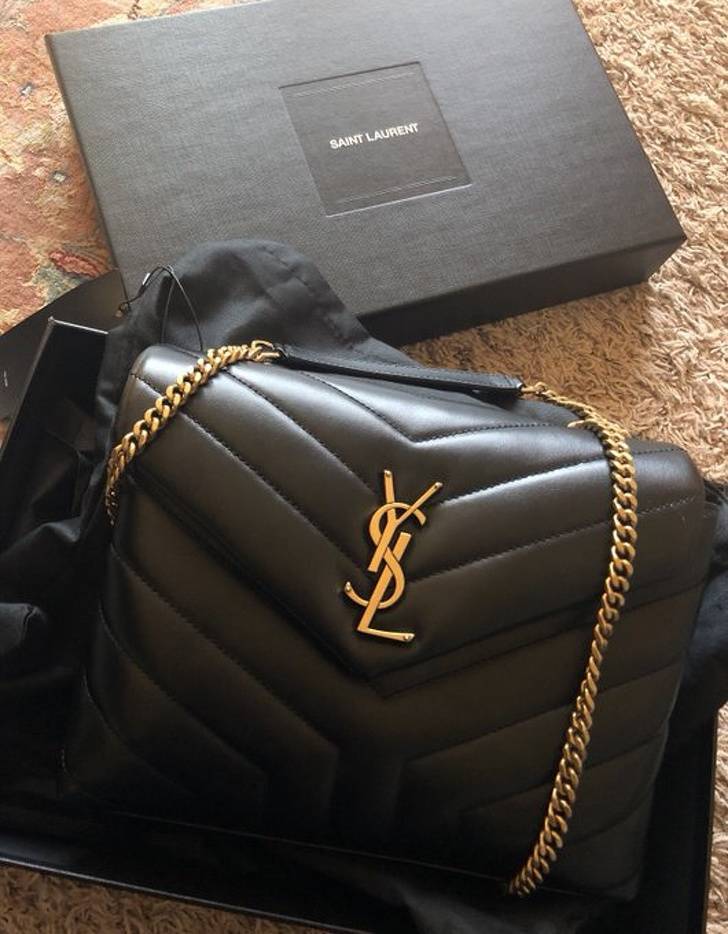 “My boyfriend got this for me for an anniversary present.” 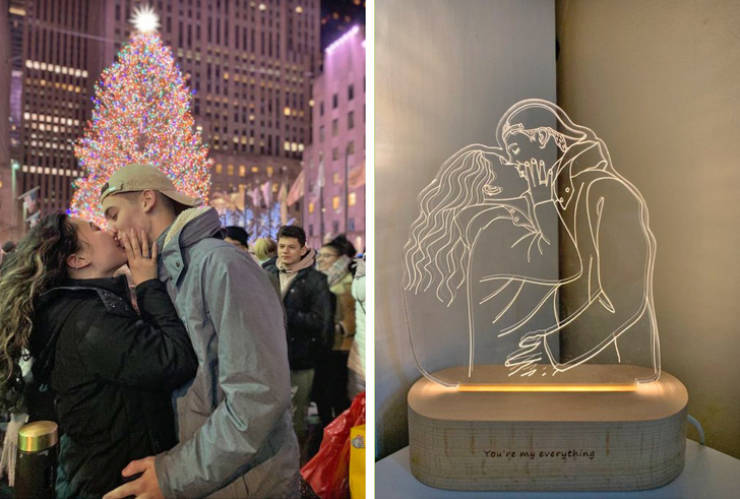 When it’s all very simple. 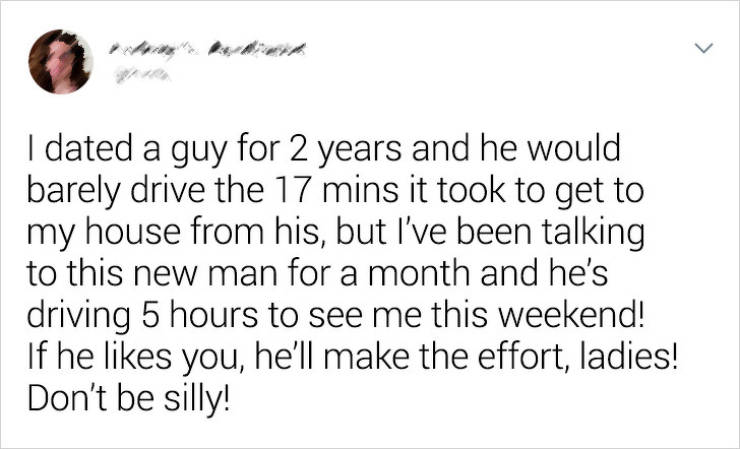 “My boyfriend has taken a picture of me on every single date we’ve been on in the last year. I didn’t know why, but for our anniversary he gave me this book.” 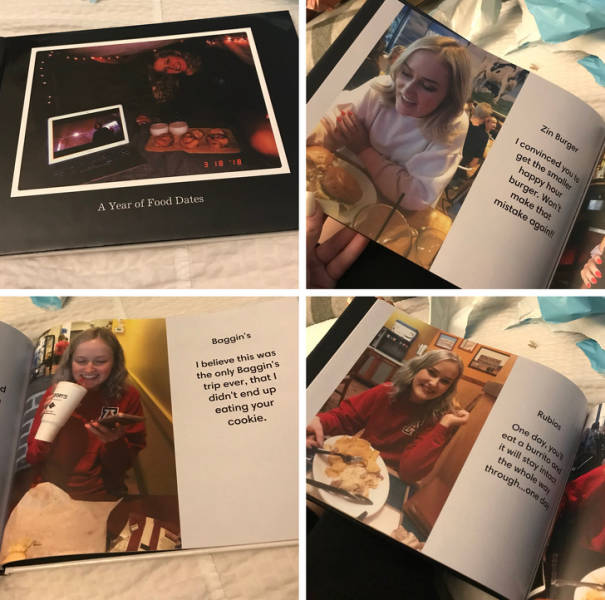 “My boyfriend of 8 years flew out to surprise me with a proposal in my favorite place.” 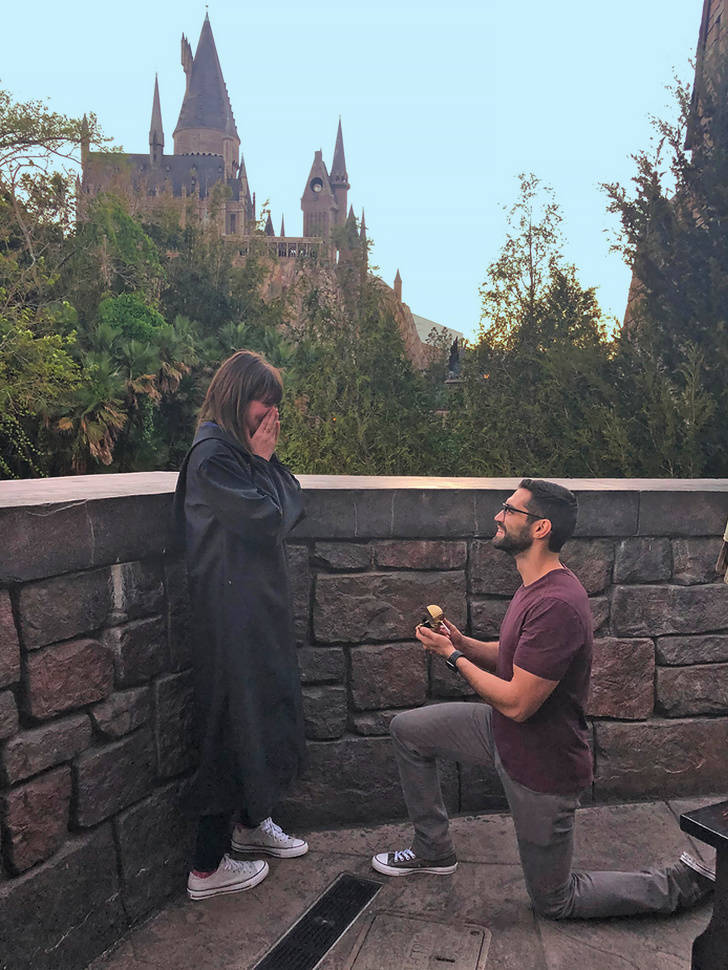 “Every time I get my nails done my boyfriend gets me flowers to match the color of my nails.” 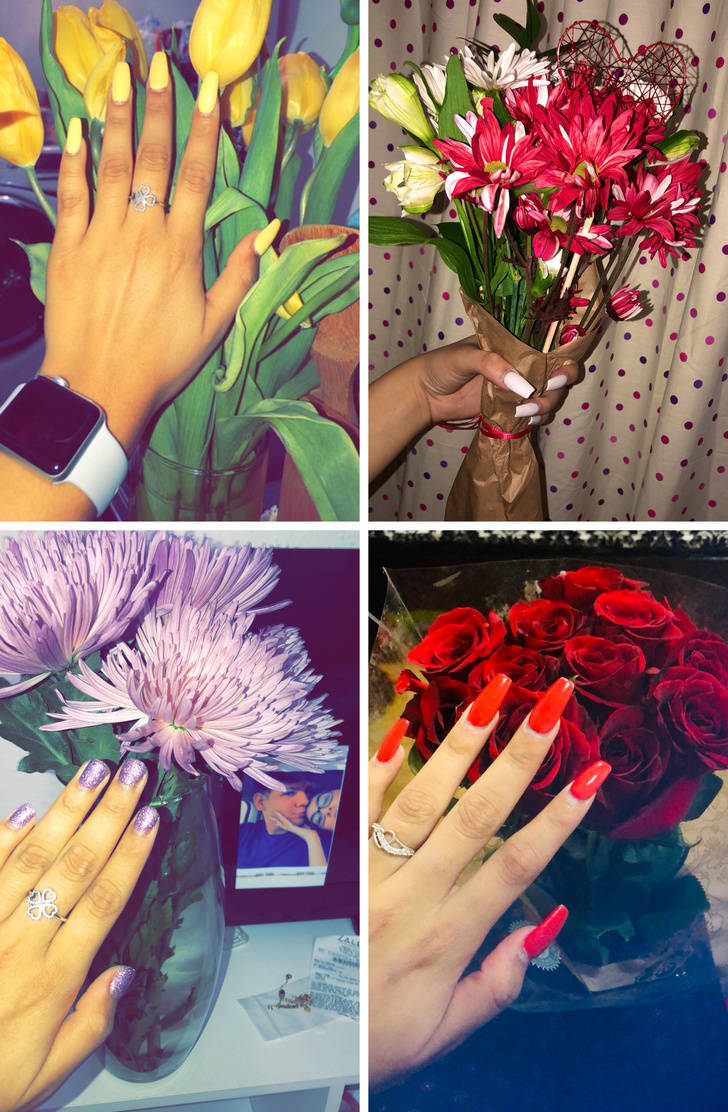 Advertisement
Bonus: “I was tired of seeing everyone’s boyfriend taking them on picnic dates, so my dog took me on one instead.”
16 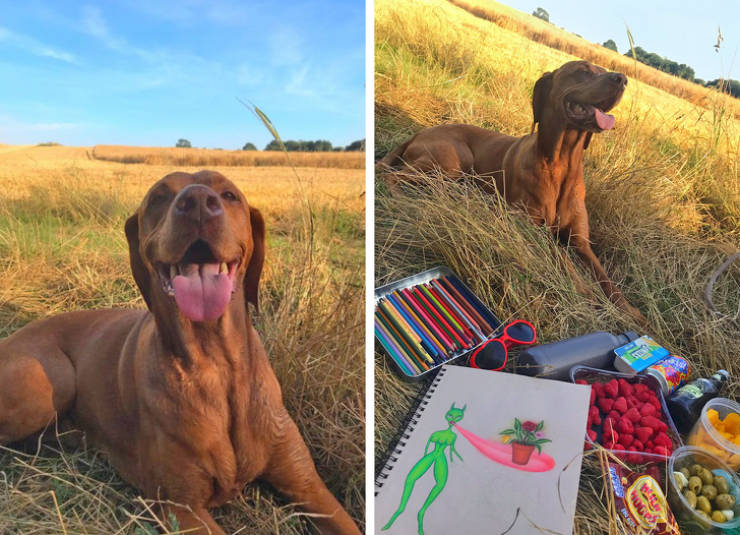 Funny 1 year ago
See this is the problem. Women gettting put on a pedestal and then sh#t all over guys. Red Pill boys.
Reply
0

Selected 1 year ago
After being lied to, cheated on, stolen from, stalked, etc etc by so many of you, I don't do this nonsense anymore.
Reply