Toucans are amazing birds and here are some interesting, cool, and weird facts about them 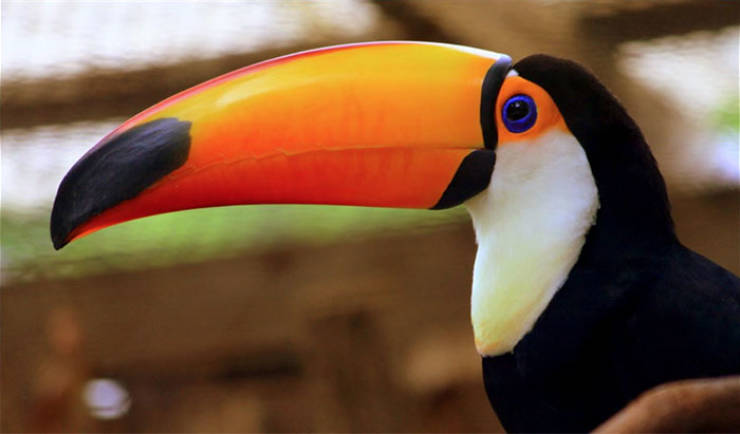 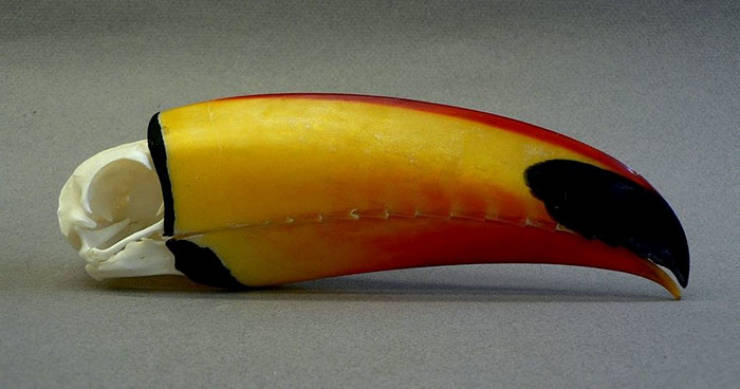 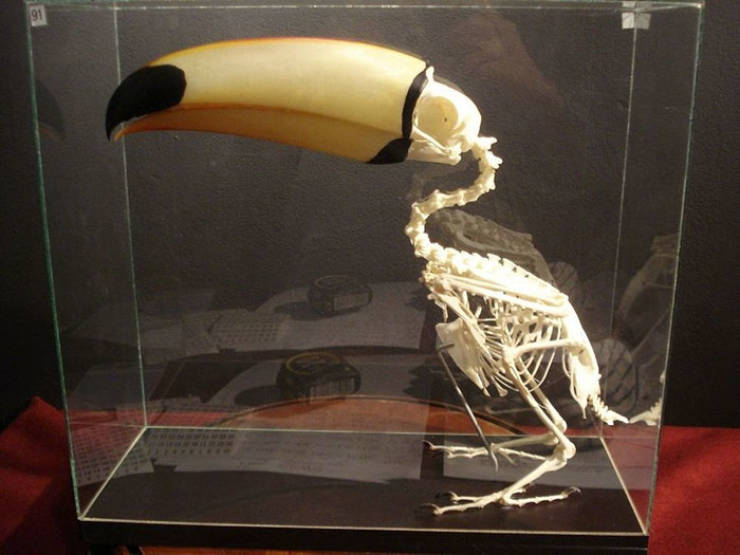 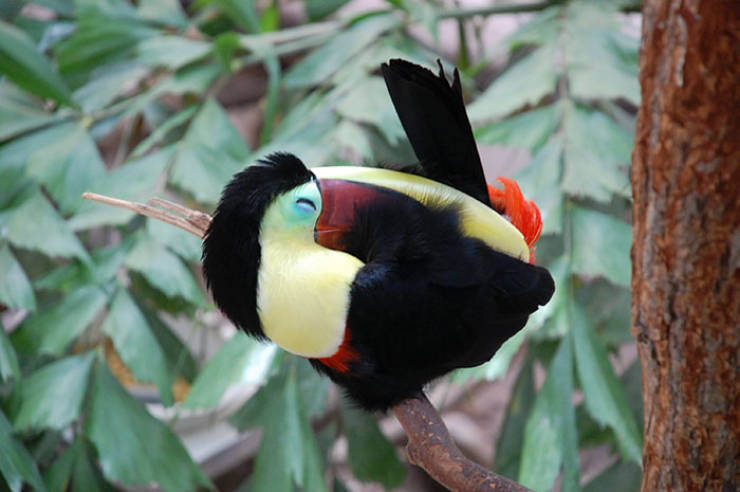 When you hear the word ‘toucan,’ it’s very likely that what pops into the forefront of your mind is one particular genus of toucans, the Ramphastos—aka, the typical toucans. With their orange bills and black-and-white plumage, it’s hard to mistake them for any other bird. ‘Typical?’ More like fabulous. 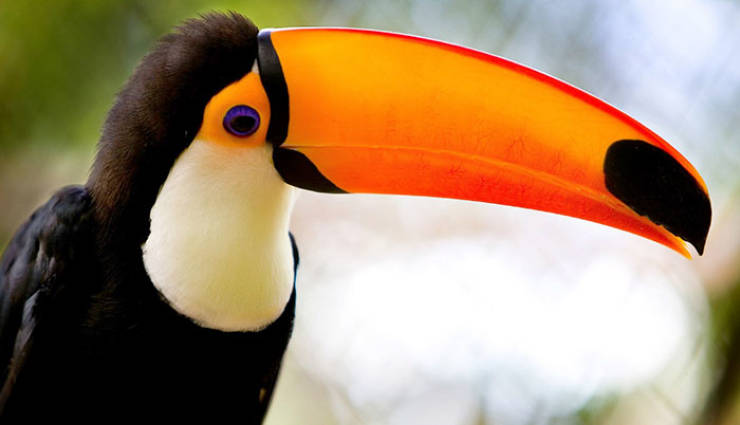 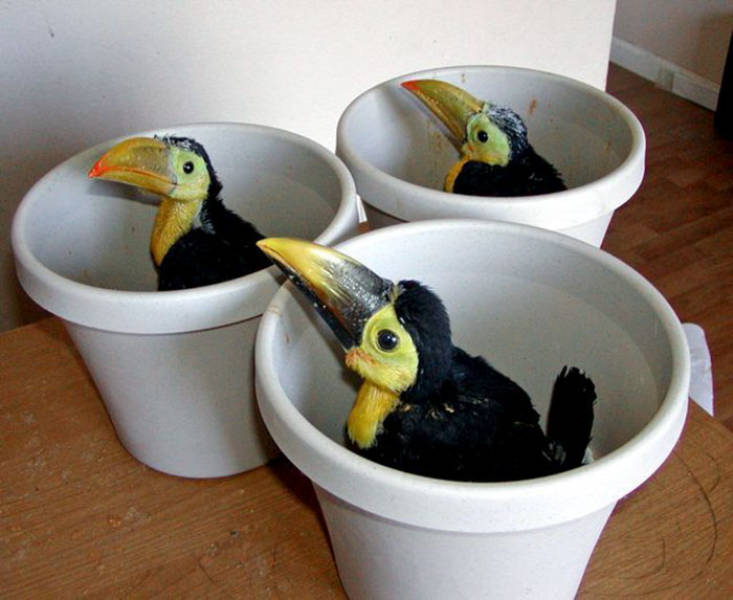 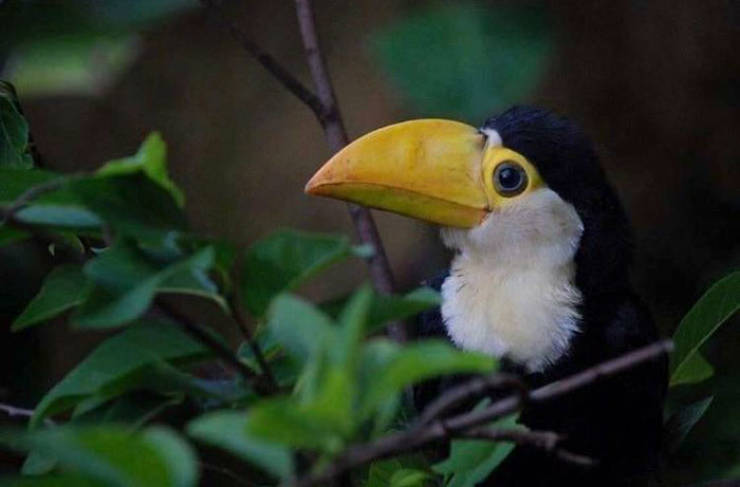 However, there are 4 other genera of toucan, including Andigena (mountain toucans), Selenidera (dichromatic toucanets), Pteroglossus (araçaris), and Aulacorhynchus (green toucanets). Among the birds that toucans are related to are woodpeckers; however, they’re only distant relatives, so don’t expect toucans to start hammering palm trees with their bills. 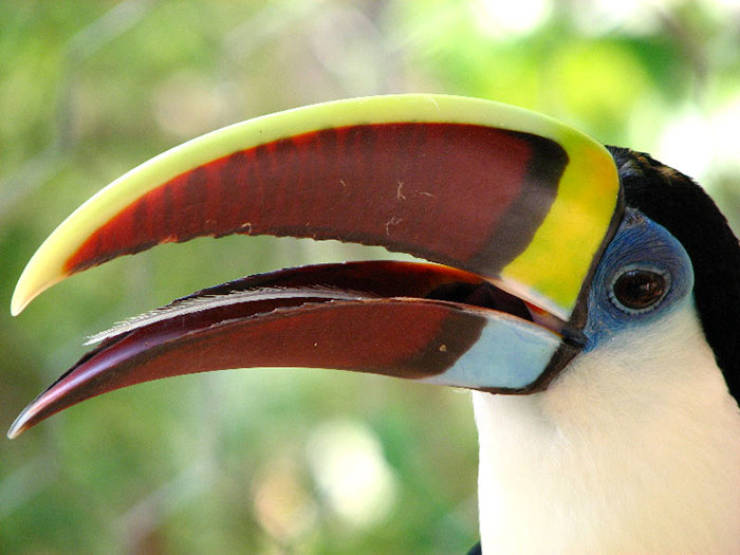 Due to the sheer size of the beak, it would be sensible to think it weighs a fair amount, but actually, due to the little air holes the beak is actually quite light 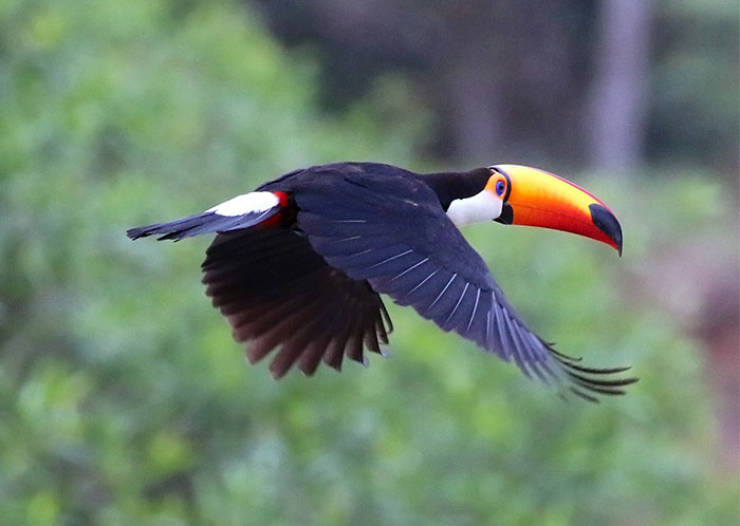 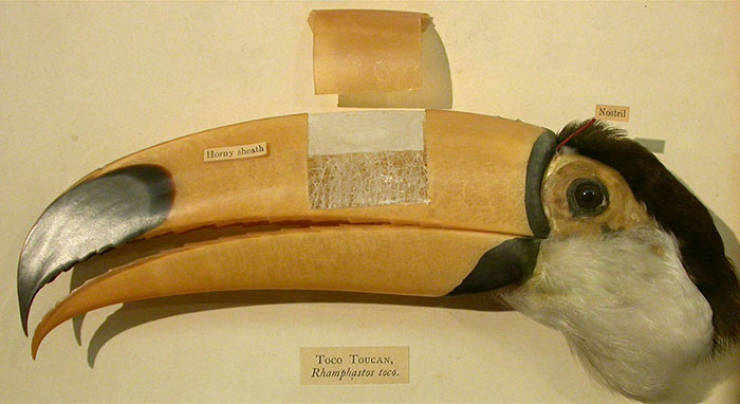 Toucans get their name from the extinct language of the native Tupi people of Brazil, via Portuguese. The Tupi used to call these birds ‘tukana,’ and their name hasn’t changed much over the centuries. 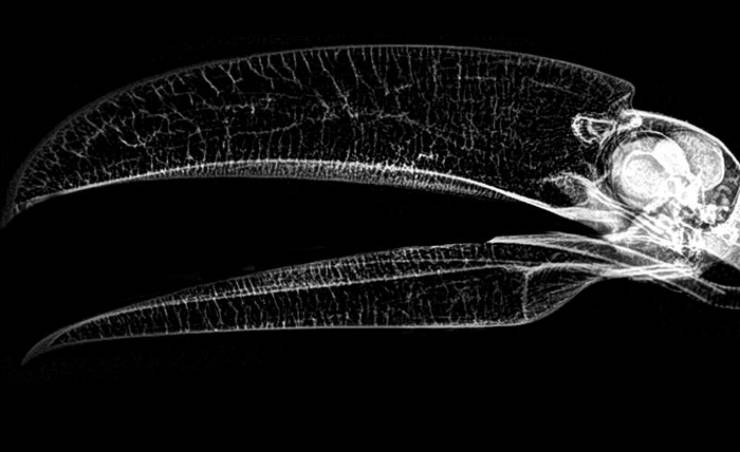 Belize has the rainbow-billed toucan as its national bird 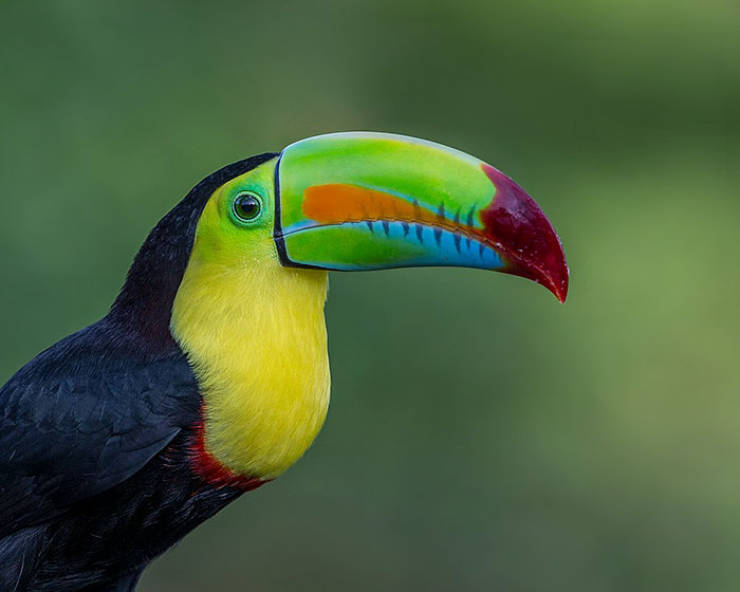 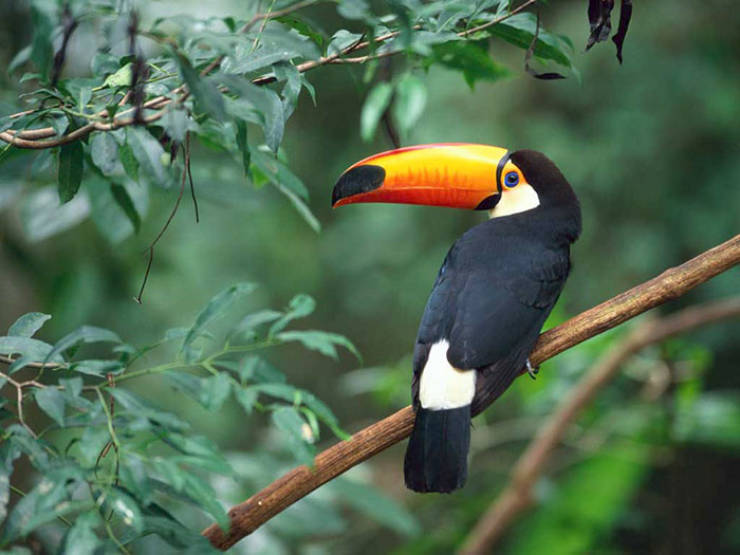 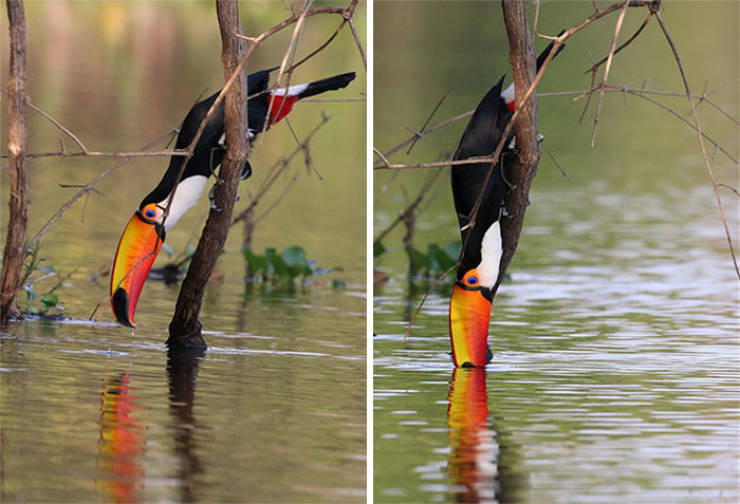 Toucans mainly eat fruit. But they are what’s called “opportunistically omnivorous” which means that they eat animals like lizards, birds, and insects that are available in order to survive. Basically, imagine that you’re a vegan, but suddenly you’re flung to a faraway carnivore planet with no fruit, vegetables, plants, or nuts, and the only sources of food are animals. You’re told that you’ll be rescued in a month’s time. You’d eat what you’d have to eat to survive until then, wouldn’t you?