The actress was so convincing in the role as the assistant of the Minister of Magic and Hogwarts professor Dolores Jane Umbridge that all of the fans of the Harry Potter franchise absolutely hated the character, which was the ultimate goal.

Aside from the Harry Potter movies, Imelda Staunton has had many other important roles. In 2006, Imelda got the Most Excellent Order of the British Empire for her achievements in cinema. One of her latest roles is in the TV series Downton Abbey. 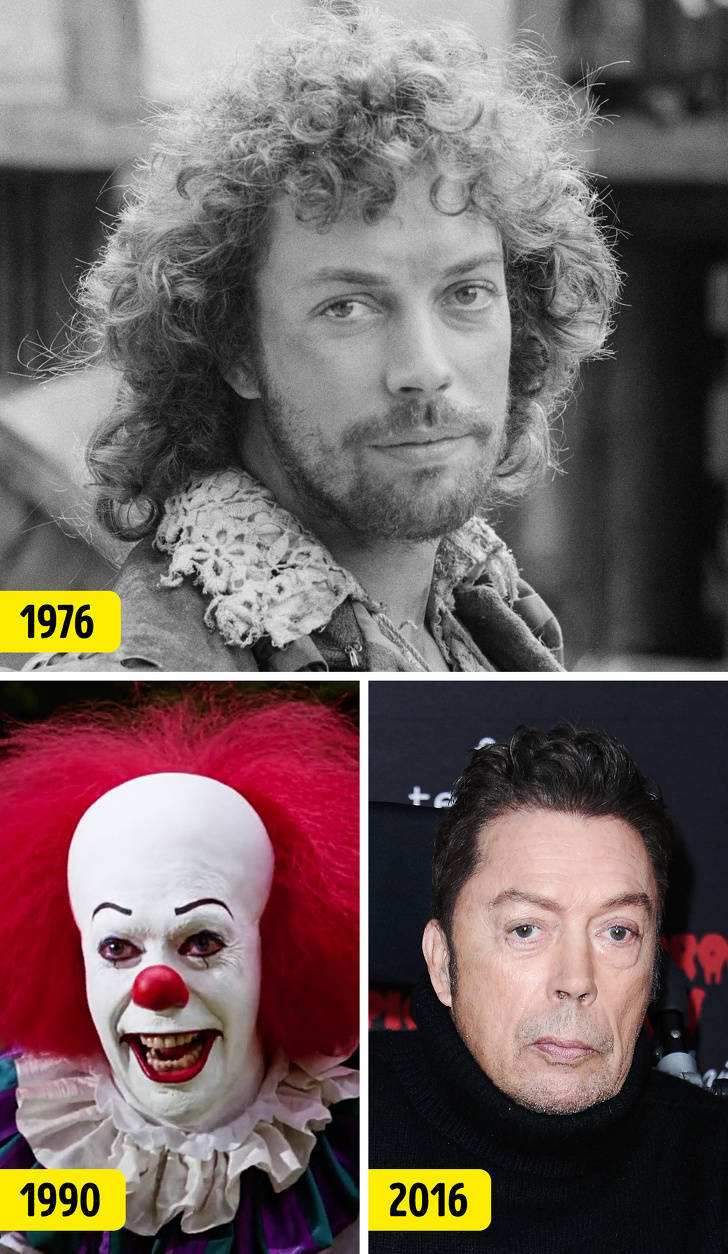 On the big screen, Tim Curry mostly played bad guys. Because of how great his job as Pennywise was, some easily-impressed viewers still can’t sleep well.

Aside from his movie career, Tim Curry was quite successful on the theater stage, and also as a voice actor. An interesting fact is that thanks to a very specific tone in his voice, the actor mostly voiced villains. So, in video games, Frankenstein and even Satan speak with his voice. In 2012, he had a massive stroke, and is now disabled. 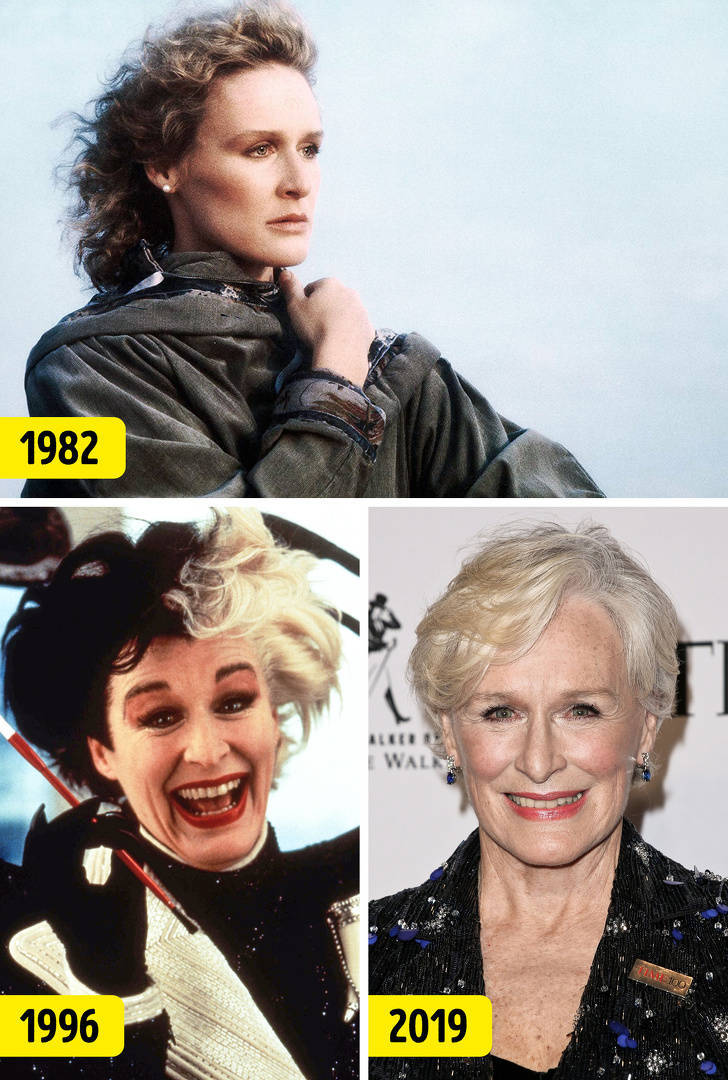 For the first time in her career, Close played the role of a villain in 1987 in Fatal Attraction. She portrayed Alex Forest who was ready to do anything to win a man’s heart. Her screen partner was Michael Douglas.

The most famous villain role of the actress is probably Cruella De Vil. The owner of a fashion house, Cruella dreams about making a fur coat out of real Dalmatians. The legendary villain, with black and white hair, scared children back in the 1961 cartoon, but it was Close that made her truly terrifying. Her laughter alone gives even the strongest viewers the shivers. 2-time Oscar nominee, John Malkovich, often appears in movies in the roles of villains, sadists, maniacs, and bad guys. So, in the adaptation of Pierre Choderlos de Laclos’s novel Dangerous Liaisons, the actor played the role of Valmont, an immoral pervert and schemer, that does bad things to people for no reason. And in Con Air, he appeared in the role of an arrested mass murderer that escapes prison and terrorizes the police and innocent bystanders. 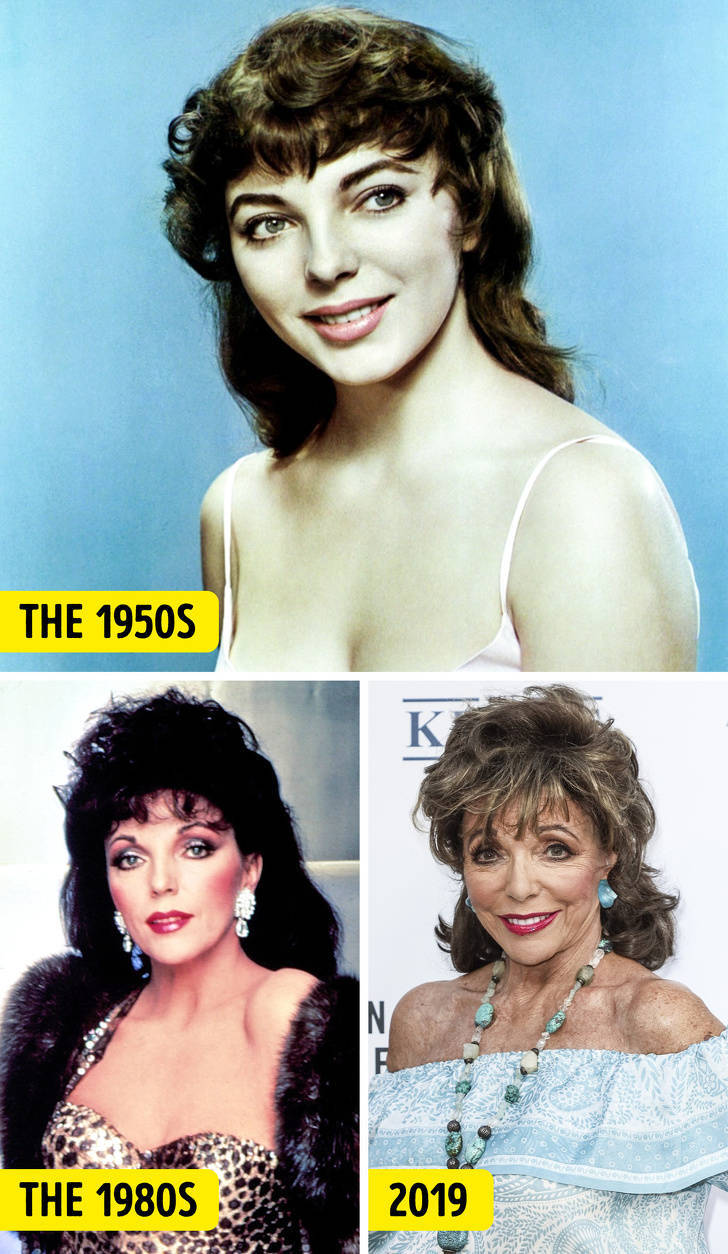 The most famous acting work of Joan Collins was her role of Alexis Colby in the TV series Dynasty. Collins’s character is believed to be one of the best villains in the history of television. From 1982 to 1987, she was nominated for a Golden Globe for this role 6 times and she finally got the award in 1983.

At the moment, she is 86 years old and she continues to appear on TV. 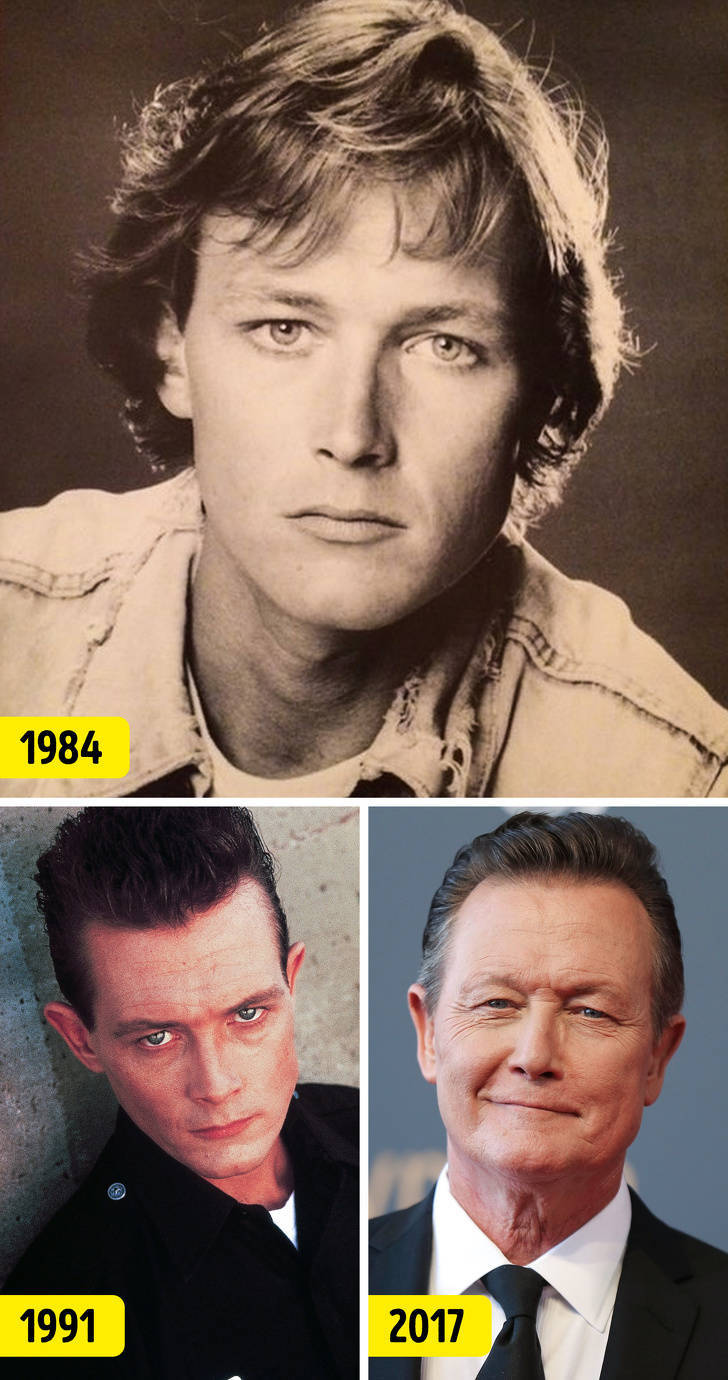 The first thing that comes to mind when the name of this actor is mentioned is the liquid Terminator T-1000 played by Robert Patrick in James Cameron’s Terminator 2: Judgment Day.

Once, the actor said this in an interview, “First I was killed by Bruce Willis, then Schwarzenegger, then Stallone. And in Charlie’s Angels 2, I was killed by the former Mrs. Bruce Willis. Someday...someday!...maybe I won’t get killed...” We think his dream may have come true, because in the 2000s, he started to appear in the roles of good guys. 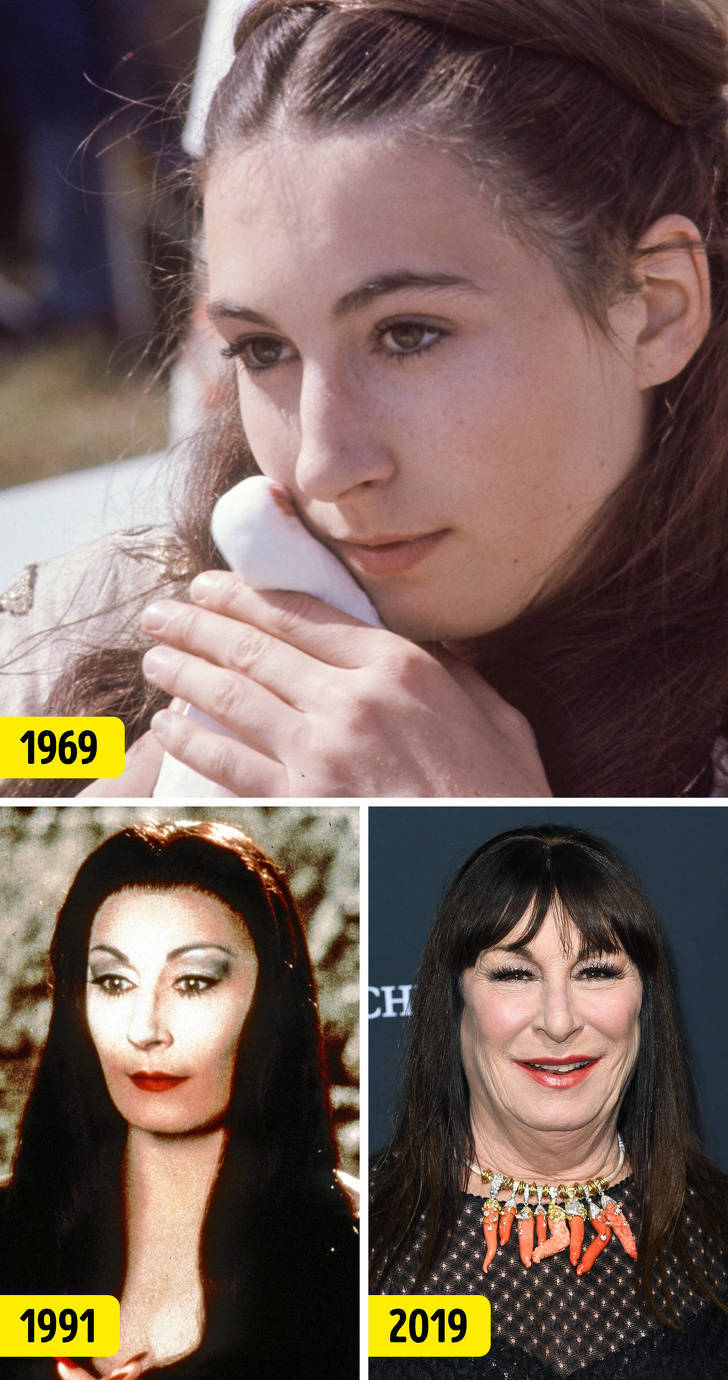 Morticia Addams, portrayed by Anjelica Huston, was such a bright character, that she still inspires thousands of fans to dress as her on Halloween. At the moment, Anjelica Huston continues to appear in movies. Her latest role was in John Wick: Chapter 3 — Parabellum.

Alan Rickman’s movie career started with the role of an evil man in Die Hard (before that, he was a theater actor). One of his most popular acting jobs is the role of Severus Snape in the Harry Potter franchise. In this role, he managed to portray a controversial, multi-faced, and mysterious character.

Unfortunately, the amazing actor, the winner of a Golden Globe and a BAFTA died in 2016 because of cancer, just before he turned 70 years old. 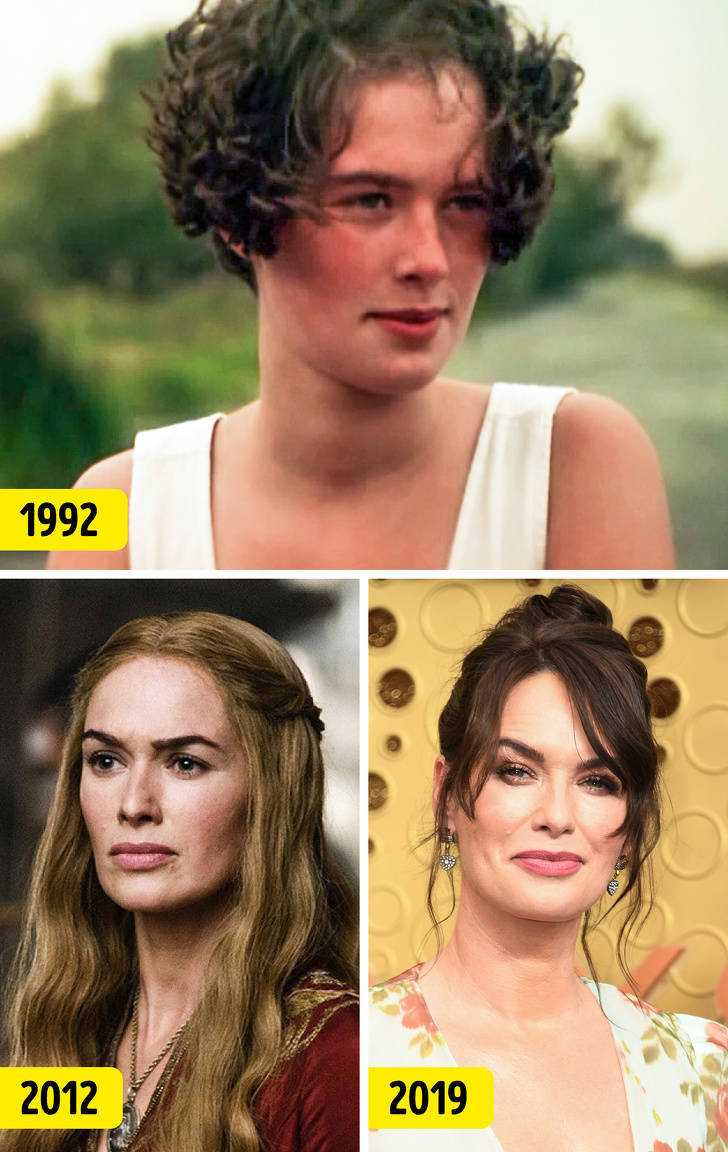 In Game of Thrones, Lena Headey had one of the key roles — she was the beautiful, but cunning and merciless Cersei, the wife of the king and later Queen mother for her young and evil son. This work was a true breakthrough in the career of the actress — she got a Golden Globe nomination and several Emmy nominations.

Daryl Hannah is most famous for her role as the one-eyed villain Elle Driver in Quentin Tarantino’s Kill Bill. But she has also had many other bright roles in her filmography. She appeared in Ridley Scott’s Bladerunner and in Splash with Tom Hanks. 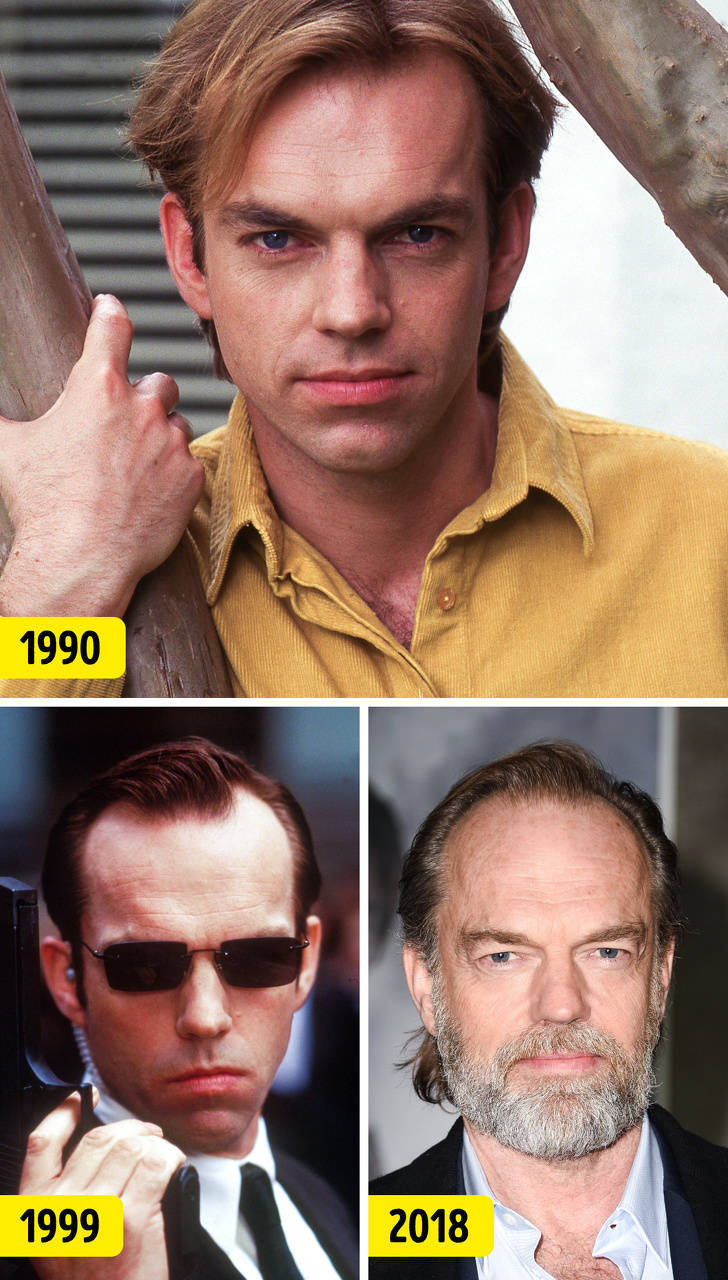 The role of the mysterious agent Smith in The Matrix franchise that Weaving played, made him famous worldwide. The actor continued to play this role in the sequels.

His other famous work is his role as the elf Elrond, in Peter Jackson’s The Lord of the Rings. And he also had a great role in V for Vendetta.

Christopher Lee is probably the biggest villain in the world of cinema — he played the role of Dracula 9 times, in very different films and he was the antagonist in the James Bond movie The Man with the Golden Gun. And his most famous villain role, that many people of today know of, is Saruman the White from the Lord of the Rings trilogy. Lee’s filmography has about 280 roles. He died in 2015 at the age of 93.

Three 5 month s ago
Holy Cow! How could you not mention #2 Tim Curry in Legend??

His Satan character was so beautifully done it puts the Penny-wise costume to shame.
Reply