“Back To The Future” Cast In The Present (16 pics) 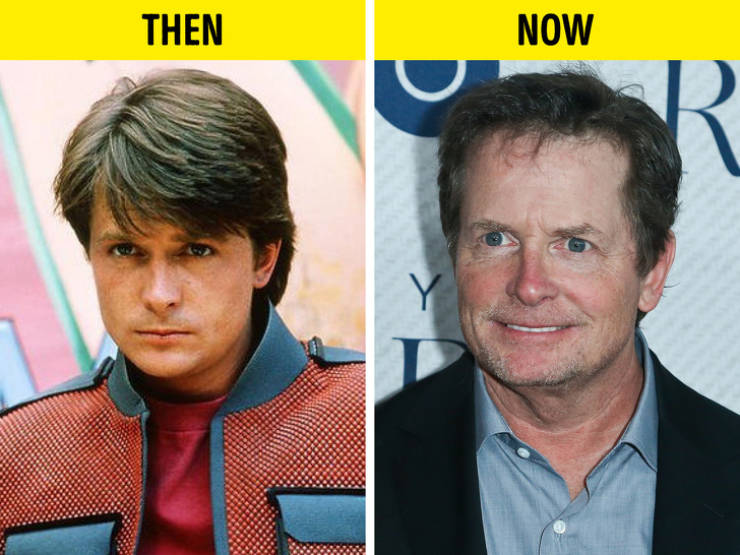 Michael J. Fox had already earned his popularity before the release of Back to the Future. Very few people know that he actually had to turn down the offer for his role in this movie because he was already engaged in shooting another film. The filmmakers then offered another actor the part, but had to freeze the shooting and wait until Michael was free, because he fit the role the best. 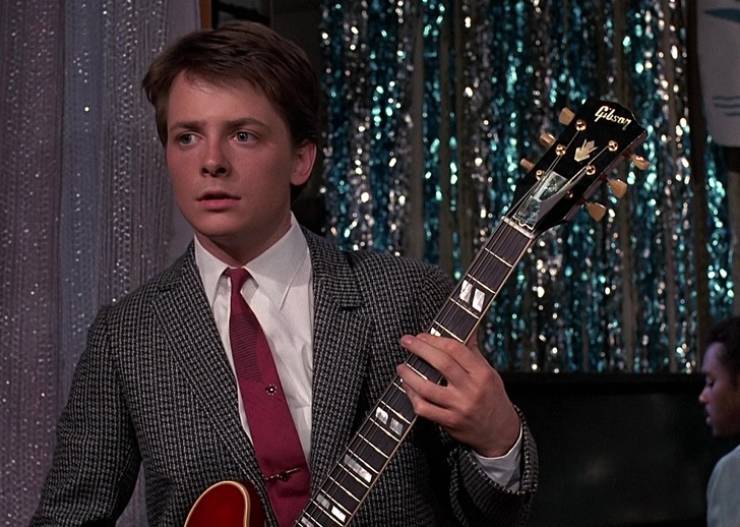 After Back to the Future, Michael took part in many other movies like Doc Hollywood, For Love or Money, and Mars Attacks! However, at the age of 30, the actor was diagnosed with Parkinson’s disease. Fortunately, with the help of doctors, he’s managed to stay in good shape, mentally and physically. He even founded “The Michael J. Fox Foundation for Parkinson’s Research.” 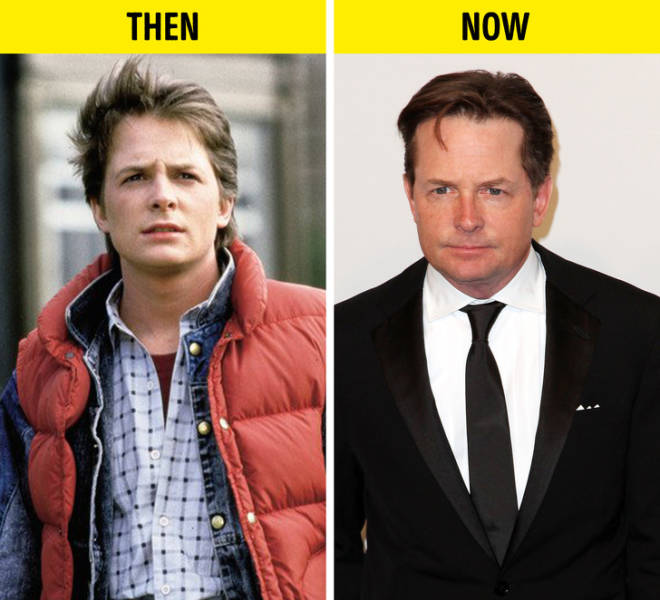 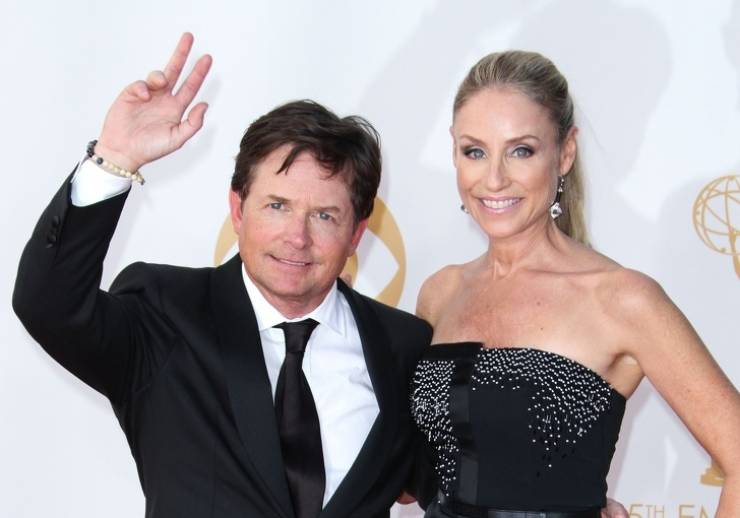 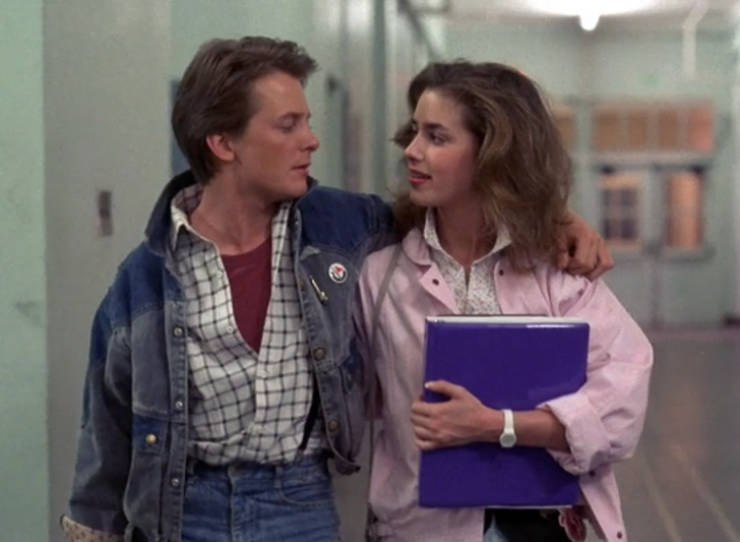 Claudia Wells was the one who played Marty’s girlfriend. Unfortunately, she couldn’t reprise the role of Jennifer Parker in the sequels to Back to the Future because her mother had been diagnosed with cancer. Recently, she has come back to acting and had roles in several movies like Still Waters Burn, Max, and You Are Not Alone. 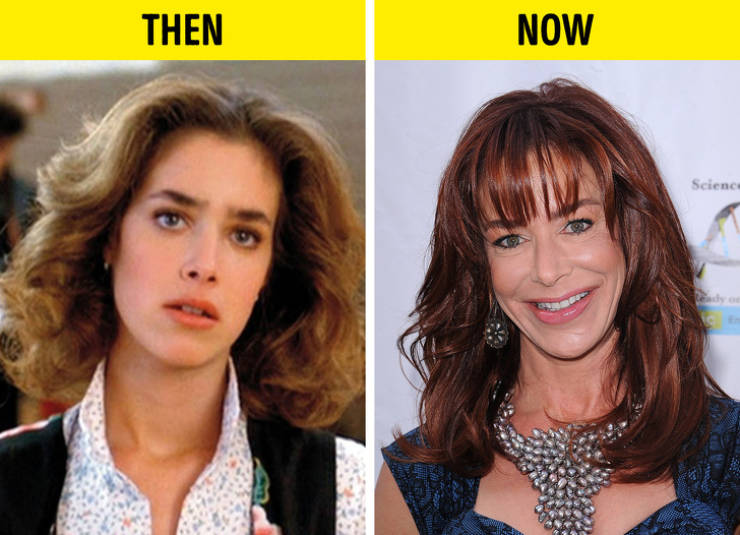 Today Claudia is a successful businesswoman — she runs several clothing stores. She also does voiceovers for cartoons and computer games. 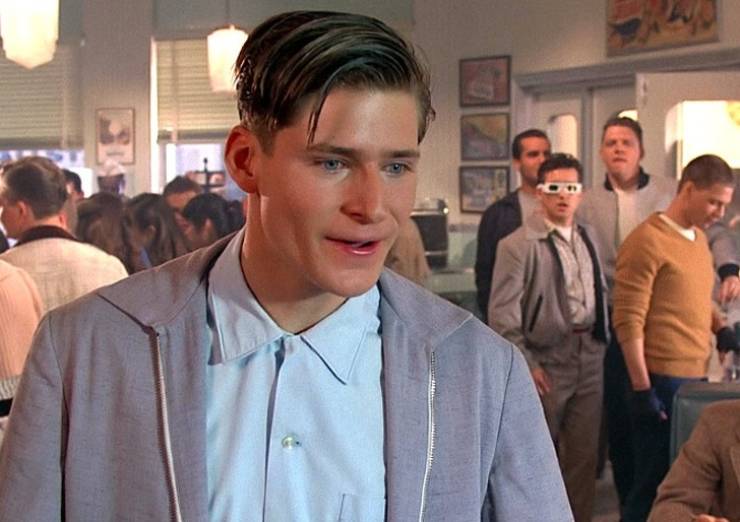 Crispin was the one who played the main character’s father in the movie. However, he refused to act in the sequels for unknown reasons and the crew had to look for another similar-looking actor. 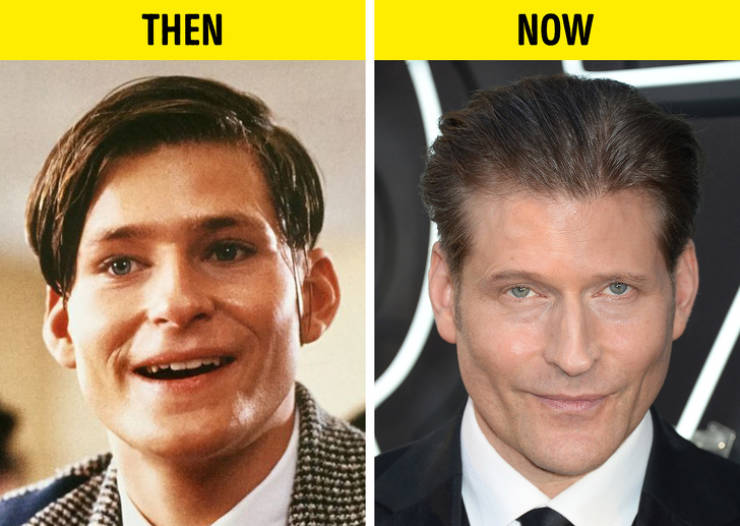 Glover continued his acting career too, but he preferred dramas like The People vs. Larry Flynt and Crime and Punishment. He has also written several books and directed several movies. 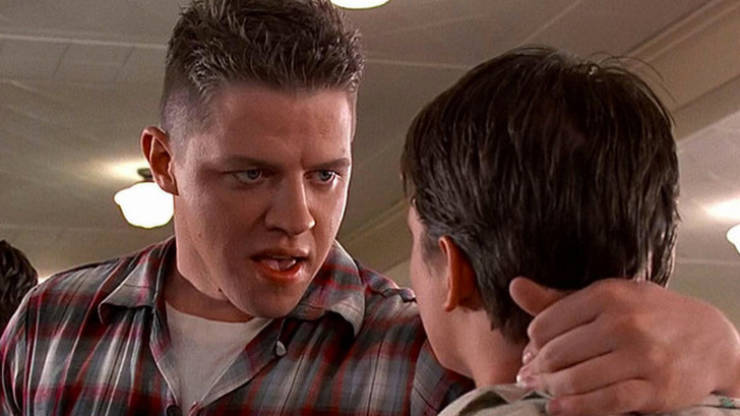 As surprising as it might sound, the actor who played the main bully in the movie actually became famous as a comedy actor. Nevertheless, he took part in the movie sequels and played Biff’s grandson Griff Tannen and great-grandfather Buford “Mad Dog” Tannen. 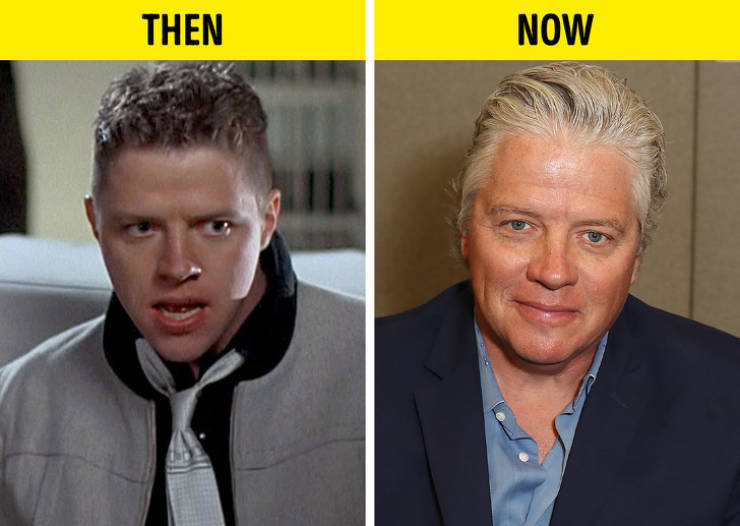 Today he takes part in various stand-up shows, hosts a podcast called Big Pop Fun, does voiceovers for cartoons like SpongeBob SquarePants, and even has his own Youtube channel. 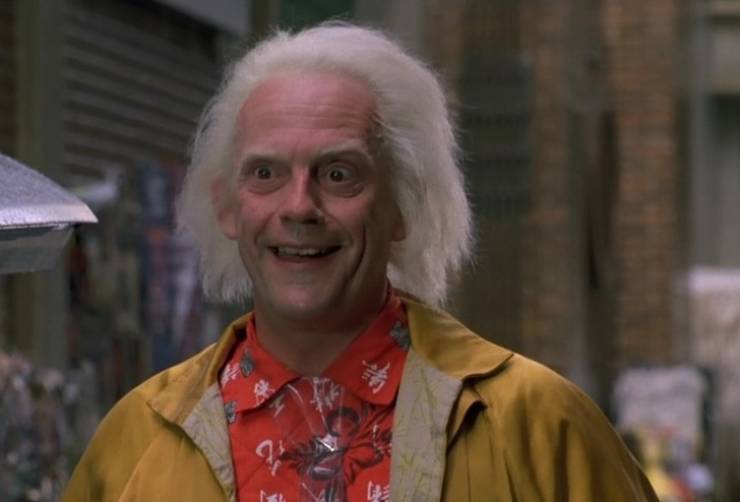 Emmett “Doc” Brown in the movie, Christopher Lloyd in real life, has been filmed in many movies before and after the Back to the Future trilogy. Lloyd is also actively involved in performing in the theater and does voiceovers for animated movies and shows. 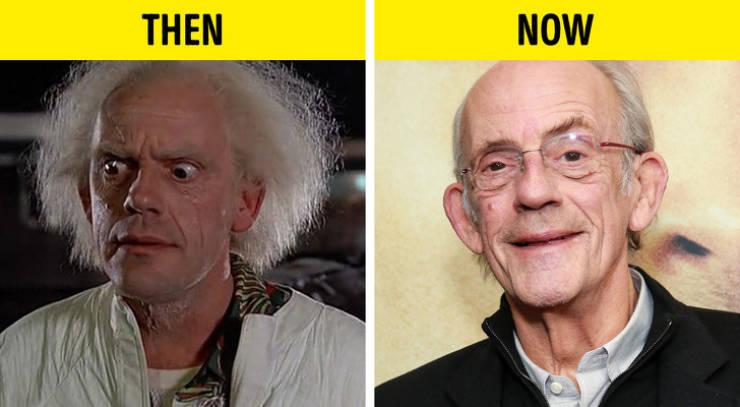 The actor is known for his lovable nature and his 5 marriages prove that. He is also a big fan of social media, Twitter in particular. You can read about all the events that are taking place in his life on his official Twitter account. 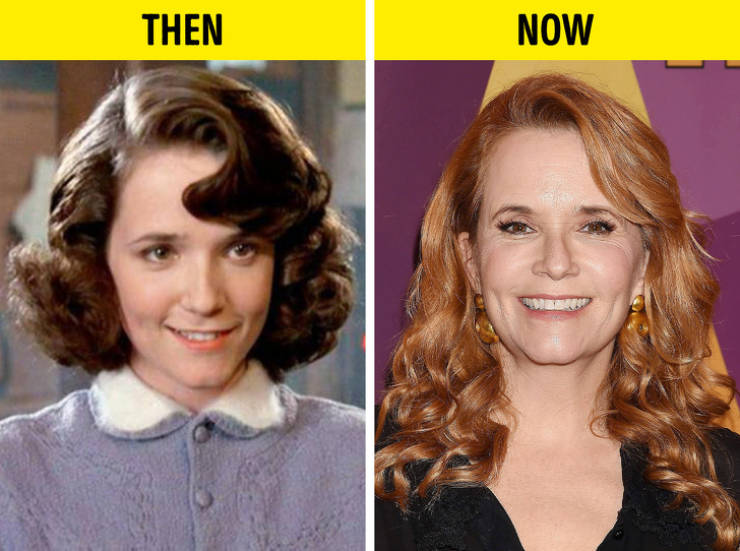 Lea is the one who played Marty’s mother in the trilogy. After the movie, not only did she successfully continue her acting career, but she also started to sing. Thompson got many awards for her acting and still continues to please her fans with new roles. 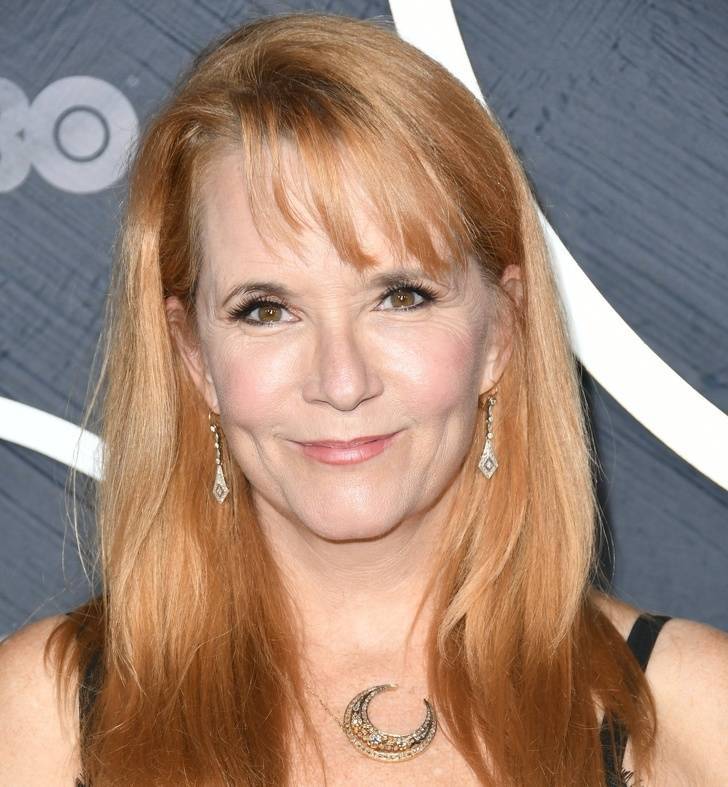 Bonus: Lea Thompson, Christopher Lloyd, and Thomas Wilson, of Back To The Future, reunite with smiles.
15 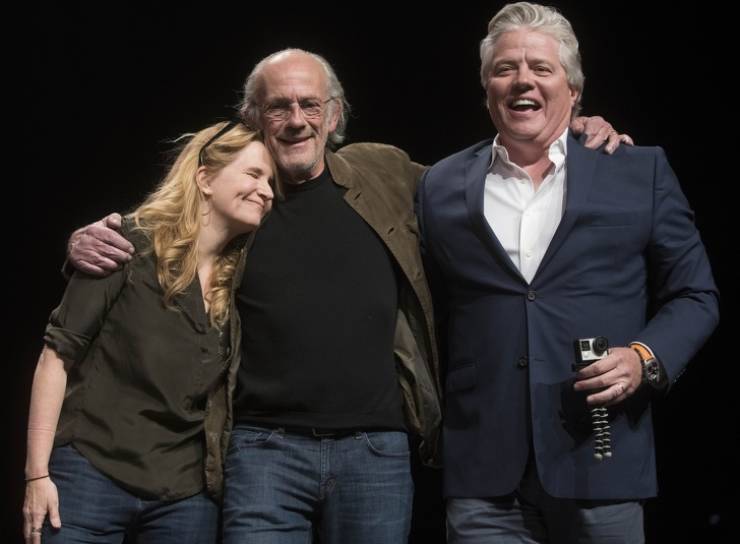 Advertisement
Michael J. Fox and Lea Thompson on the cover of Entertainment Weekly’s “The Reunions Issue”
16 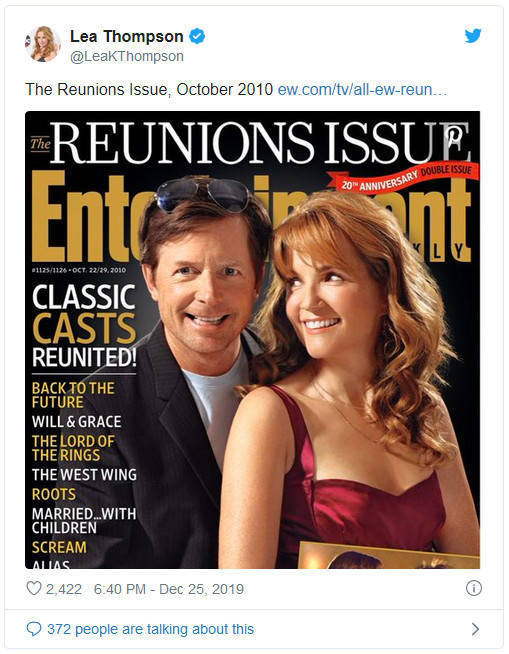 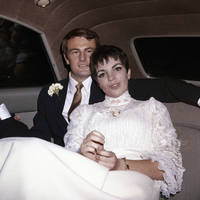 Nadine 10 month s ago
I love this people!!❤
Reply