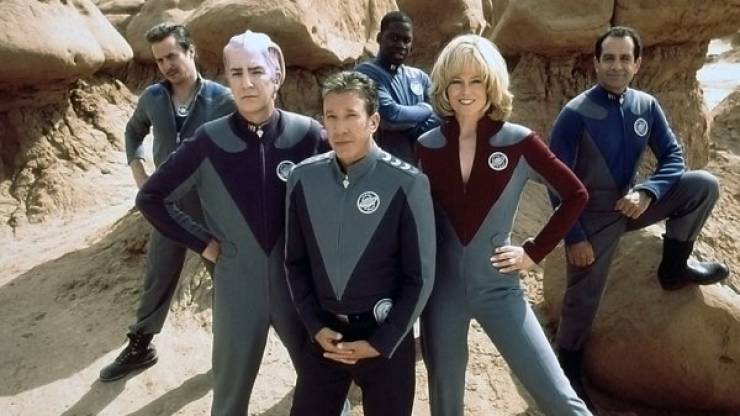 There are still talks of a Galaxy Quest sequel or TV series.

Since the movie’s release, fans of the cult classic film have pushed for a recreation of the original. Then, in 2014, Tim Allen announced that something might actually be in the works. Most of those rumors were quieted however after Allan Rickman’s untimely passing when actor Sam Rockwell stated it would never be possible without Rickman.

It is (somehow) ranked as one of the top 10 Star Trek movies ever made.

At a Star Trek convention in 2013, Trekkies voted Galaxy Quest as the seventh-best Star Trek movie ever released. That just shows you the power of a parody film when done the right way.

Galaxy Quest was one of the very first films to have its own website.

Although you can no longer visit GalaxyQuest.com anymore, the site was once live, and it amusingly took the whole “fake television show” gag to the next level. Instead of being a standard issue movie website, the page kept up the ruse that Galaxy Quest was a real show with real stars. It even included a giant trove of fake episode guides.

The aspect ratio changes twice in the theatrical release. 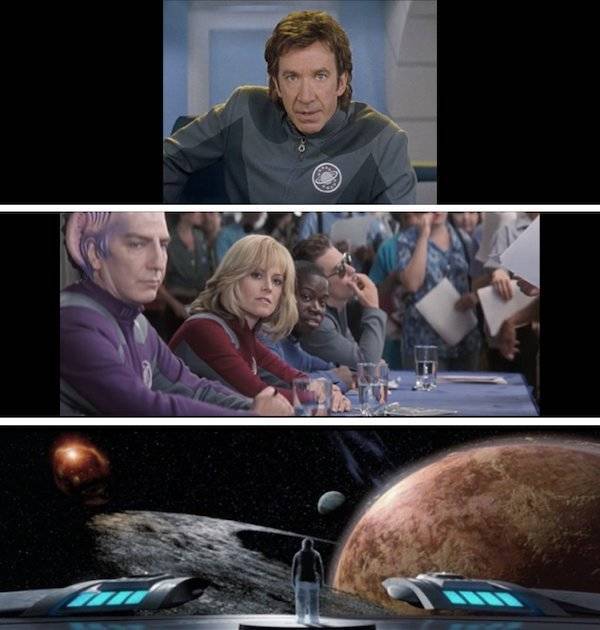 If you had the chance to see Galaxy Quest in theaters you may have noticed multiple changes in aspect ratios throughout the film. The movie begins with a clip from the fictional Galaxy Quest TV show at an aspect ratio of 1.33:1 then quickly expands to 1.85:1. Later in the film, when Tim Allen’s character witnesses the bay doors open and realizes he’s on a real space ship, the aspect ratio expands once again from 1.85:1 to 2.35:1.

The sci-fi film ended up starring Robin Williams — and notoriously bombed at the box office.

Producer Mark Johnson used the movie to take aim at one of his biggest critics.

The big villain in Galaxy Quest, Sarris, was supposedly named after film critic Andrew Sarris, who was outspoken about his dislike of producer Mark Johnson’s previous film, The Natural.

His Alexander Dane was supposed to have been the recipient of an honorary knighting by Queen Elizabeth, but Rickman himself thought that such an event didn’t work with his character. In reality, Rickman himself also refused an honorary Commander of the Order of the British Empire (CBE) ceremony, though he never gave a reason as to why.

Galaxy Quest was the film debut for The Office star Rainn Wilson. 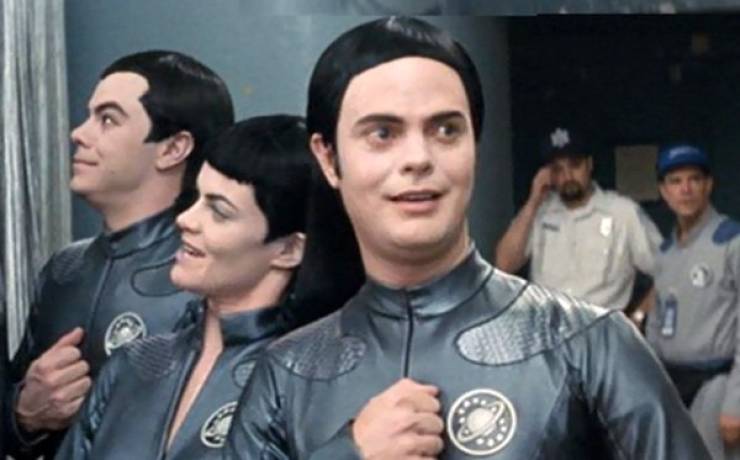 Wilson plays one of the Thermians in Galaxy Quest, and although he is not one of the main characters, this was his very first role in film and may be what launched his career.

Not a bad start for an actor’s very first movie – considering his character plays a vital role in the film’s climax.

Galaxy Quest was initially supposed to be directed by the late Harold Ramis.

Originally, Galaxy Quest was known as Captain Starshine and it was set to be directed by Ghostbusters star Harold Ramis. However, Ramis reportedly left the project when they insisted on casting Tim Allen in the lead role. 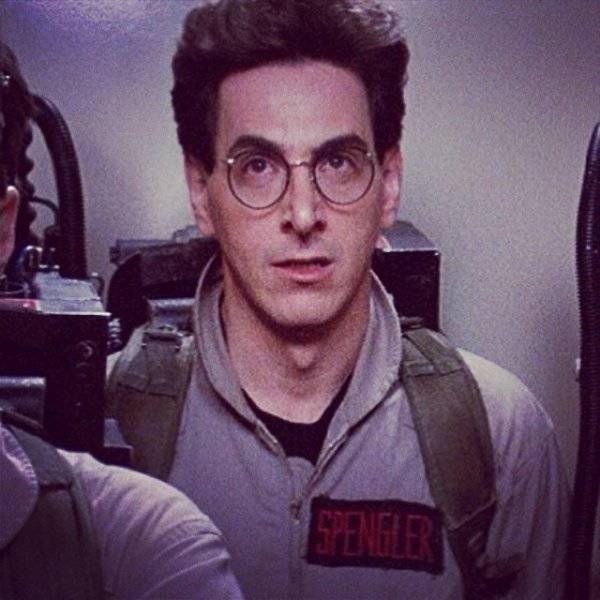 Another option the original director wanted to explore was Alec Baldwin. Disney didn’t agree with either choice which resulted in Ramis leaving the film, unhappy with his inability to cast it as he saw fit.

Steven Spielberg pitched the idea for the romantic subplot in the film. 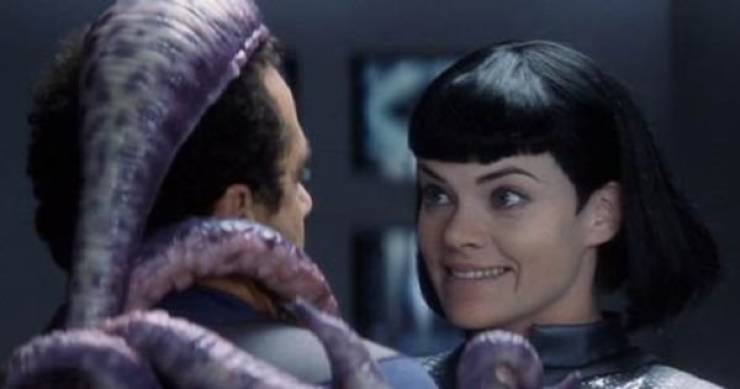 When the director visited the set, he suggested that Missi Pyle’s alien role be expanded, which is why a subplot involving a romance between her and Tony Shalhoub was added in.

A mockumentary of Galaxy Quest was released in 1999.

Galaxy Quest: 20th Anniversary, The Journey Continues was a mockumentary that (quite effectively) tapped into the movie’s universe and attempted to chronicle the making of the fake Galaxy Quest television show that inspired the satirical film.

Like Star Trek, Galaxy Quest also promised a return of the series at the end of the film. 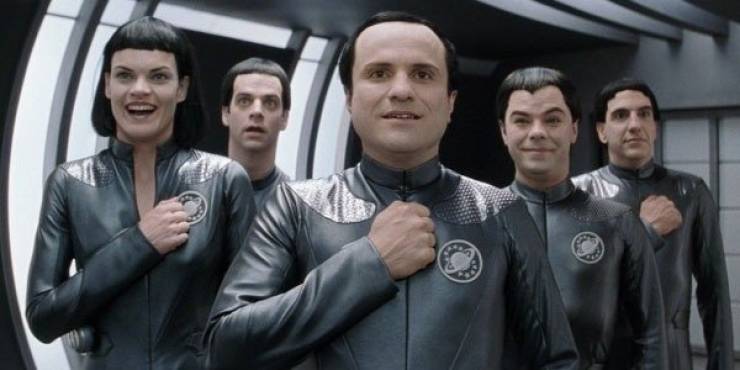 At the end of Galaxy Quest, a trailer touts the return of the fake television series, slated to come back a full 18 years after the show originally aired. Star Trek also saw an 18-year TV series gap between 1969 to 1987.

In one scene Sigourney Weaver’s character yells, “Screw That!” but you can clearly see her mouthing, “Fuck That!”.