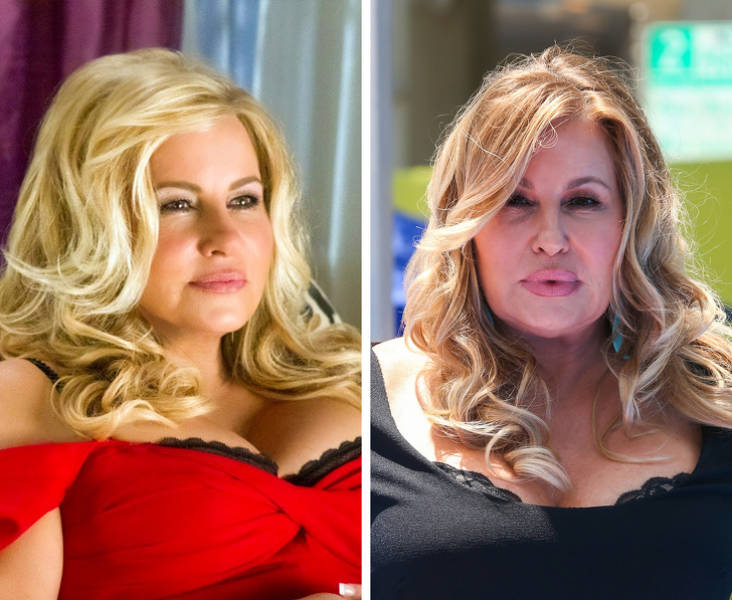 In American Pie, that was released in 1999, Jennifer Coolidge played Steve’s mother and this made her famous and recognizable. However, she started to work in television and cinematography way back in the 1980s and still continues acting, but not in leading roles.

The actress herself thinks that she “should have stopped at American Pie and didn’t need to be all those other fat-faced ladies.” Coolidge also confesses that “90 percent of the scripts that show up on her doorstep are women who have had lots of plastic surgery, that are married to rich men.” 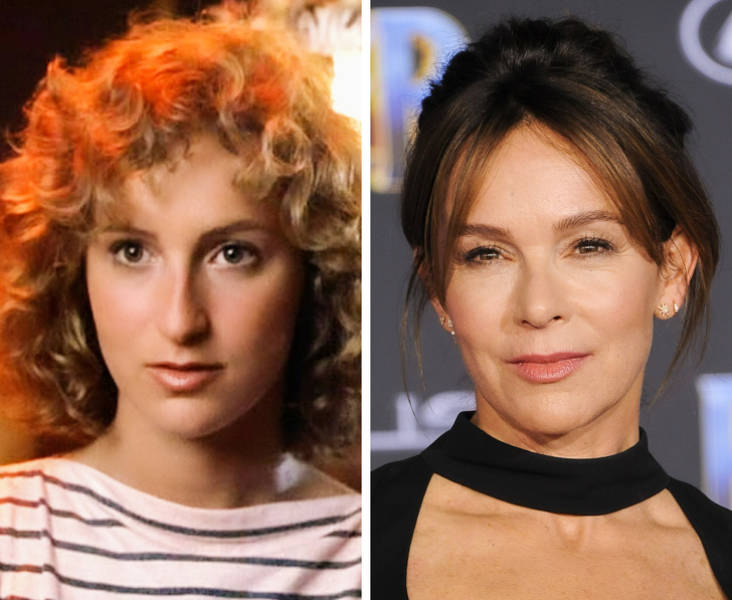 Dirty Dancing, where 27-year-old Jennifer Grey played 17-year-old Frances Houseman with the nickname Baby, was released in 1987. The role brought the actress a nomination for the Golden Globe, but became the only success in her career — neither before the movie, nor after it was she ever offered a chance to play a leading character.

At the beginning of the 1990s, Grey went through a rhinoplasty twice, which drastically changed her appearance. “I went into the operating room a celebrity and came out anonymous,” she confessed in one of her interviews. Nevertheless, the actress keeps acting, even today, but mainly in supporting roles and TV series. 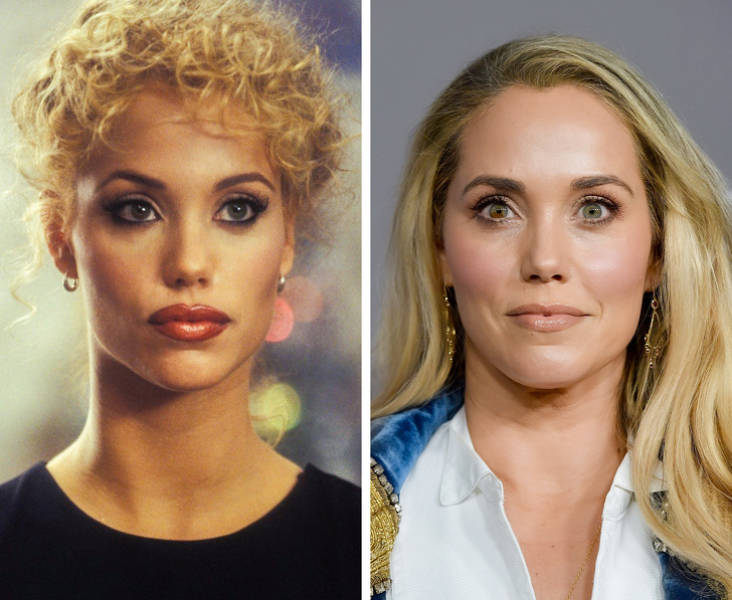 Paul Verhoeven’s film Showgirls, where Elizabeth Berkley played her most famous role, was heavily criticized right after its release. The actress herself got criticized as well — she got a Golden Raspberry Award (which honors the worst cinematic underachievements) for her work. However, the movie became a cult classic over time and 21st century critics have started to note both its good qualities, as well as the remarkable acting work.

Nevertheless, Berkley failed to get famous. Today she acts mostly in series and dedicates a lot of her time to charity. 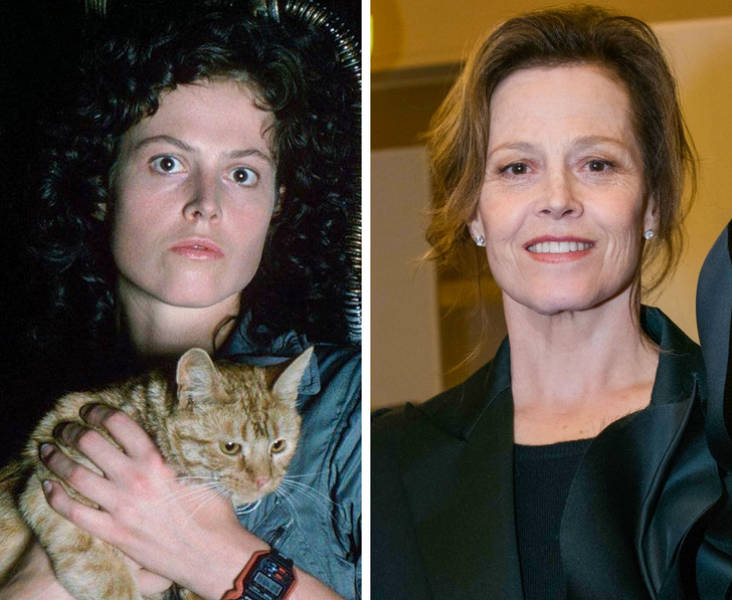 The first movie of the Alien trilogy was released in 1979, after which, Sigourney Weaver woke up famous. The role of Ellen Ripley, that the actress played, brought her a lot of awards and nominations including an Oscar.

Though the audience saw the final movie about alien invaders in 1997, Weaver acted in several dozen movies before and after it. But she still remains Lieutenant Ripley for many. In addition, the actress is seen as the veteran of action heroines. By the way, she will be playing one of the roles in both sequels of the legendary Avatar, which will be released in 2021 and 2023. 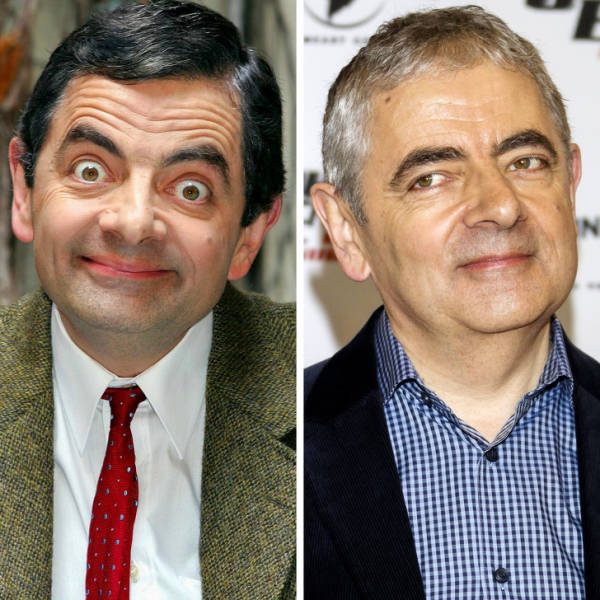 Rowan Atkinson, or to be exact, his character Mr. Bean is probably known to many people, even those who are not fond of cinematography. The first film about the adventures of the clumsy and funny Englishman was released in 1990, and the final one was released 5 years later. The series had enormous success — each film would gather about 20 million people in front of the screens. 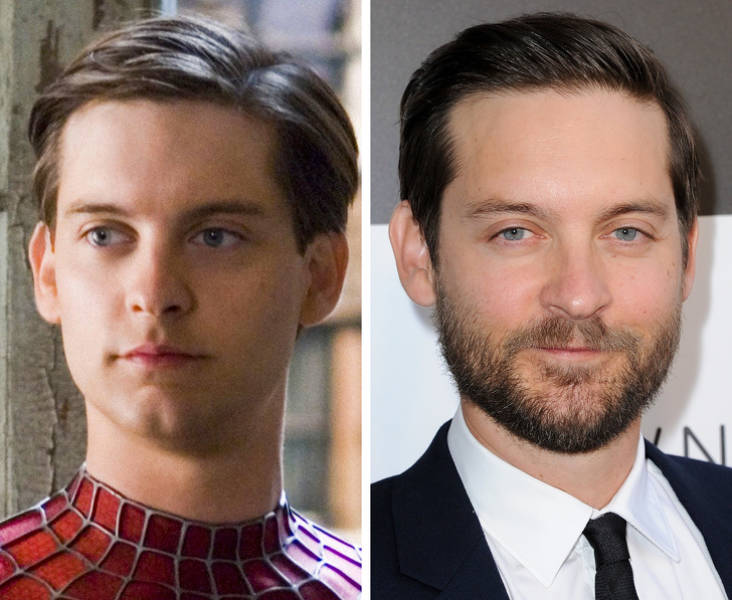 Tobey Maguire’s career in cinematography started in 1993 with the movie This Boy’s Life, where he co-starred with Robert De Niro. However, the young man got really famous after playing in the trilogy about Spider-Man where he played the role of Peter Parker. The final part of the trilogy was released in 2007.

The actor hasn’t been involved in acting since then, however, he didn’t say goodbye to the cinema industry — today Maguire is a film producer. 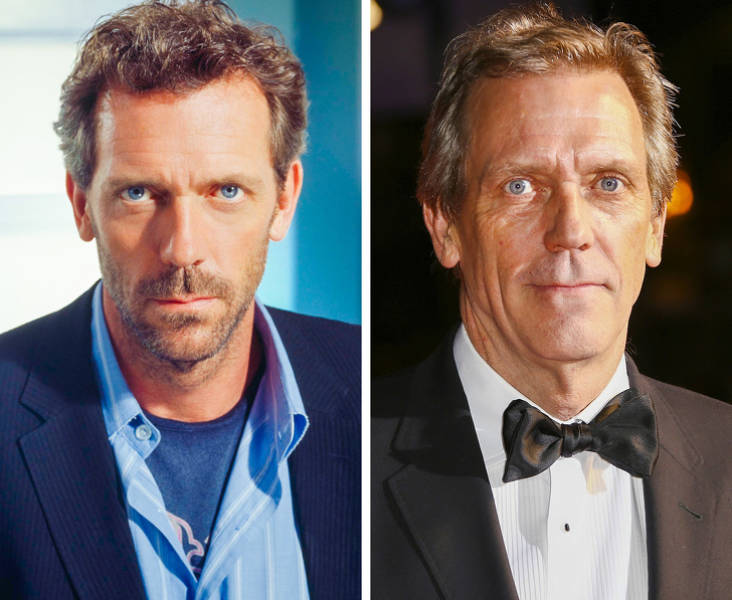 Before the House series, British actor Hugh Laurie wasn’t very famous outside of Great Britain, though he had many good TV series under his belt, like Blackadder and Jeeves and Wooster, where he acted together with Stephen Fry. In 2004, Laurie accepted an invitation to take part in a TV show about misanthrope doctor Gregory House. It was this work that made him famous, first in the USA and later all around the world. It also brought him 2 Golden Globe Awards.

Hugh Laurie is involved in music and literary activities. His novel The Gun Seller, released in 1996, became a bestseller. 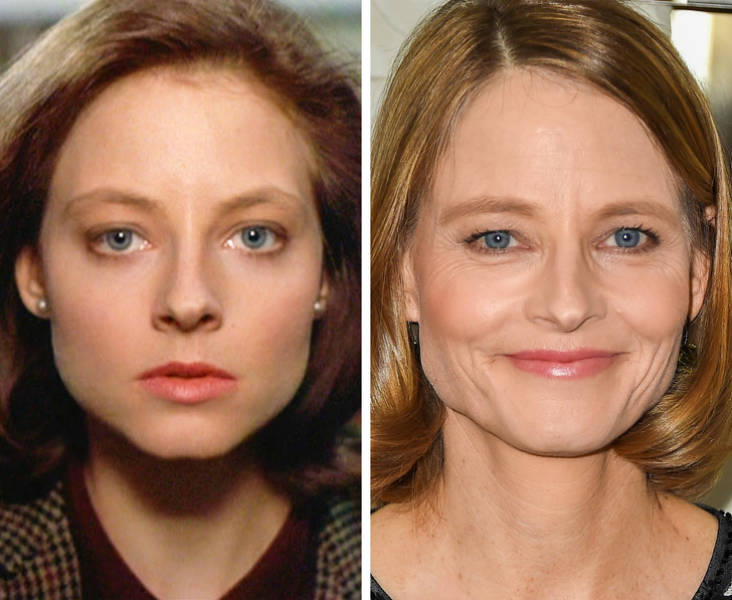 Jodie Foster started to act in movies in childhood and was first nominated for an Oscar at the age of 14 for her role in Martin Scorsese’s Taxi Driver. The actress won the award for her role in the movie The Accused, released in 1988. However, she became super-famous and won her second Oscar for her role in The Silence of the Lambs where Jodie played Clarice Starling.

Despite the fact that the actress starred in quite a lot of other movies after this film, this role became the one that made Foster recognizable by fans of cinematography across the globe. Today the actress is involved in directing and producing movies. 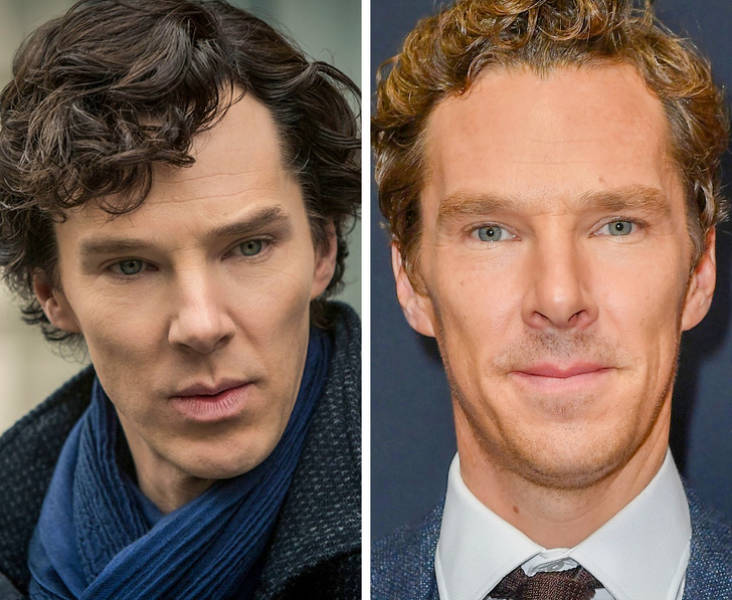 Even if you are a big fan of movies and never miss any new films, you are likely to associate the name Benedict Cumberbatch with his famous role as Sherlock Holmes. Despite the fact that the actor played many roles before working on the series that is based on the works of Arthur Conan Doyle, including a major biopic about Stephen Hawking, he was not very famous outside the UK.

It was “Sherlock” who made the actor recognizable and sought-after outside of his home country. Today Cumberbatch is actively involved in Hollywood movies, for example, in the Marvel Cinematic Universe where he plays the role of Doctor Strange. 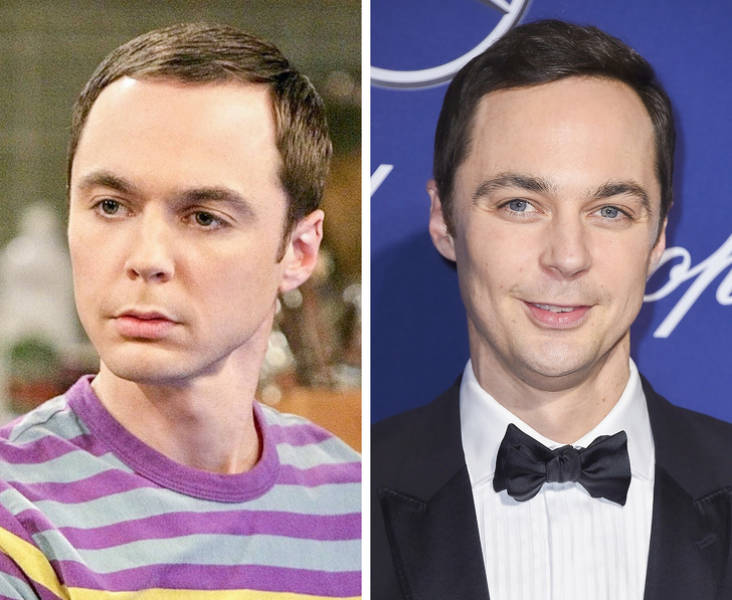 Jim Parsons started to act in movies pretty late in his life — he got his first movie role in 2003 at the age of 30. However, his theatrical career began 10 years before. He got world-famous after playing in the sitcom The Big Bang Theory where he embodied the image of the eccentric genius, Sheldon Cooper. This role was so successful for him that even those who didn’t watch a single series of the sitcom, will likely recognize his character.

The final episode of The Big Bang Theory was released in 2019 and they say that the series was finished because of Parsons, who got tired of this successful, but boring for him role. 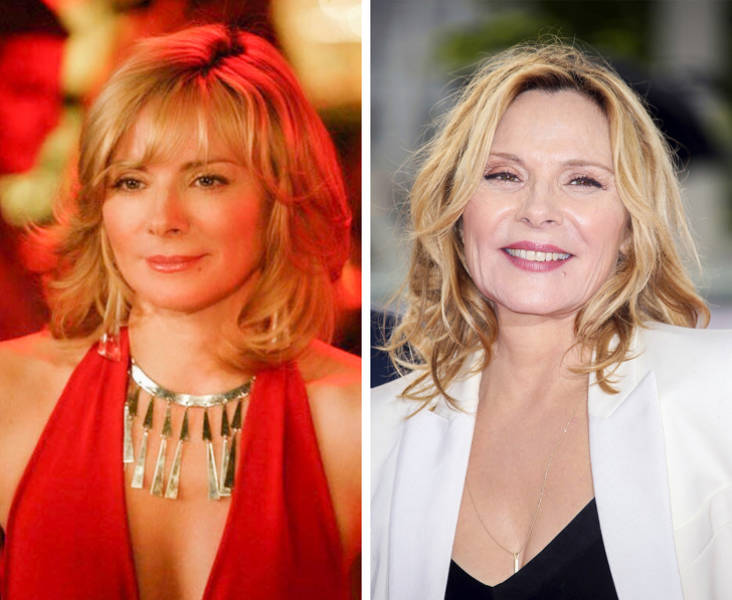 The role of Samantha Jones, played by Kim Cattrall, is perhaps one of the brightest characters in the famous Sex and the City series. Despite the difficulties in her relationship with Sarah Jessica Parker, the actress brilliantly played the role of the main character’s friend, and her character aroused a lot more interest than Carrie Bradshaw, according to many fans of the show. However, Cattrall refused to be in the third feature movie, saying, “When they called me and offered me the role, I said “No, thanks. That’s enough.”

Apart from Sex and the City, Kim Cattrall’s filmography includes more than 90 movies and TV series. In addition, she is also a theater actress, who is involved in productions in the USA and Great Britain. 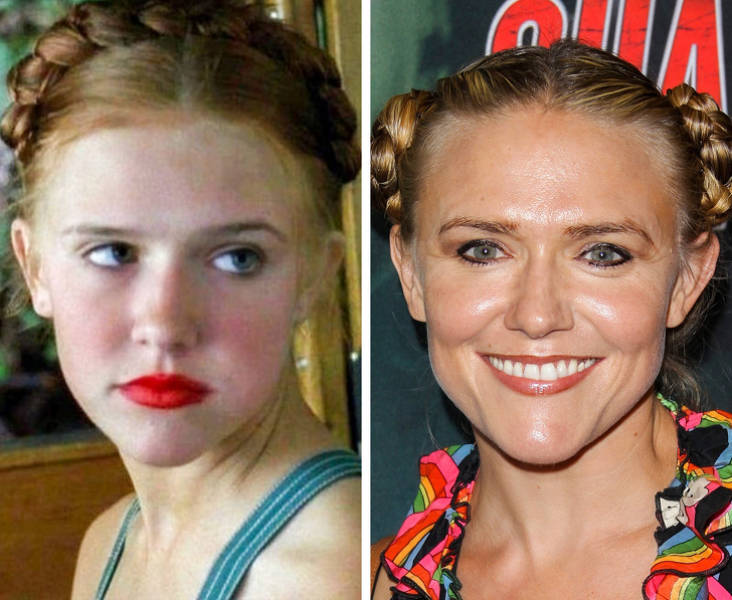 One of the most scandalous films of the 1990s, Lolita, made Dominique Swain recognizable almost all around the world. However, even though she has acted in dozens of movies since acting in the film adaptation of Nabokov’s work, Swain has failed to repeat her initial success. 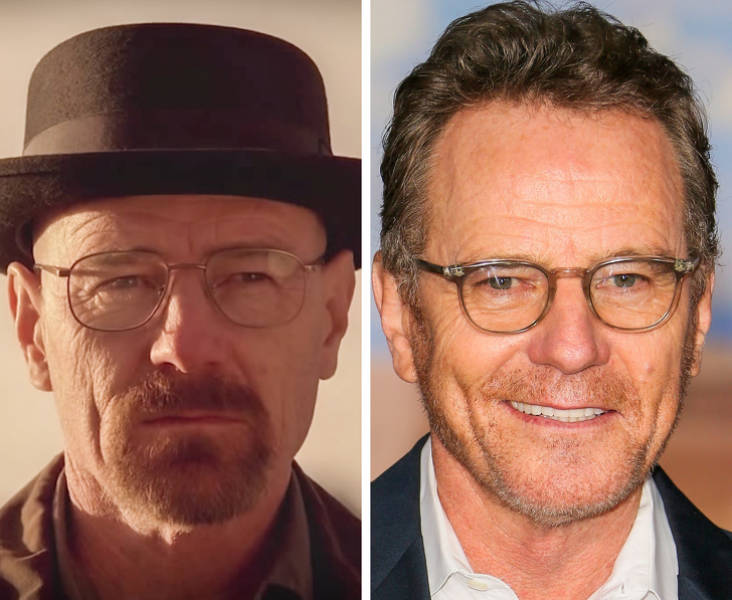 Bryan Cranston is one of those actors who got famous pretty late. He started to act in the first half of the 1980s, but he didn’t get his star role as Walter White in the Breaking Bad series until the age of 52. The image of a chemistry teacher sick with cancer, who turns into a ruthless criminal, brought the actor 4 Emmys and one Golden Globe Award for Best Actor.

Treasure 1 year ago
Half of these are bullsh#t. As usual with these lists on Izismile.
Reply
9

Other 1 year ago
I think that the person who wrote this is young and doesn't know much about 80's and 90's movies...
Sigourney Weaver one role???? What about Gorilas in the mist, or Ghostbusters, Copy Cat or even Galaxy Quest?
Kim Cattrall??? Police Academy, Big Trouble in Little China or Porky's
Jodie Foster??? She was six in her first role. Tom Sawyer, Freaky Friday, Nell, Little Man Tate.....
Hugh Laury???? Black Adder, Fry and Laury....

Unusual 1 year ago
I'd still do Stiffler's mom...
Reply
1

Escape 1 year ago
A lot of these are false. Jodie Foster on this list? LOL...who decided this? a 16 year old?
Reply