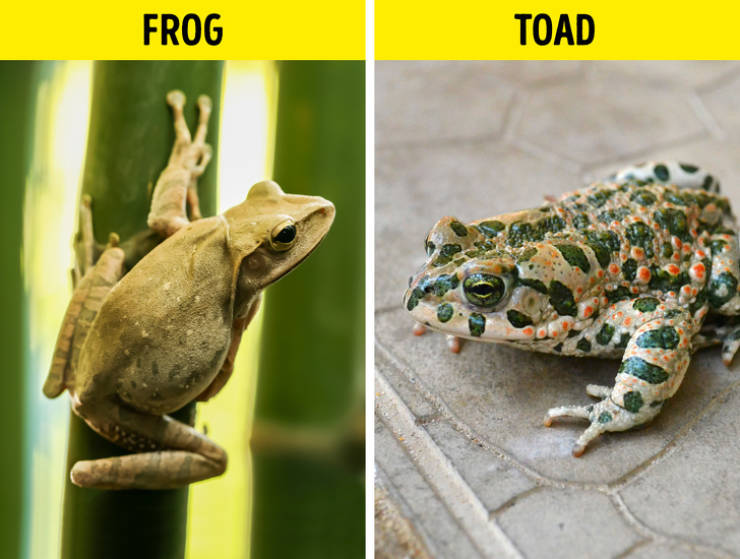 Toads have shorter legs in comparison to frogs, because they don’t have to jump as much as frogs do. They also have thick skin that isn’t as smooth and covered in mucus as the skin the frogs have. 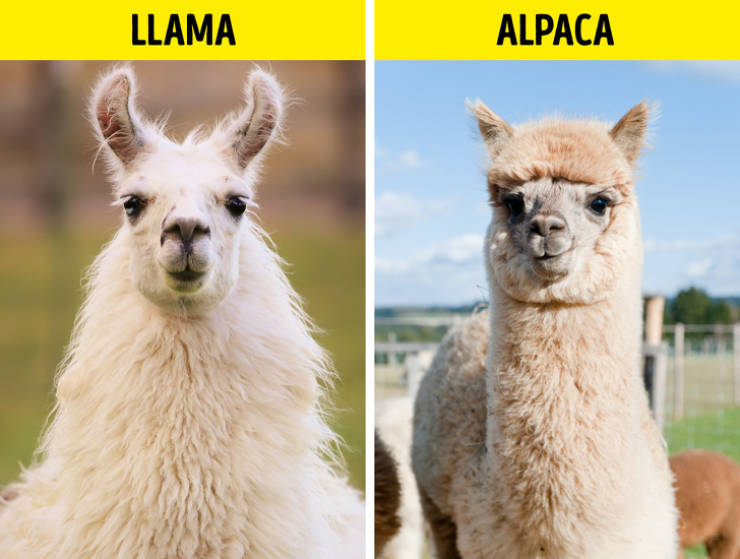 Llamas are way bigger than alpacas and have remarkably long and curled ears. Alpacas are herd animals while llamas have a more independent and individualist nature. 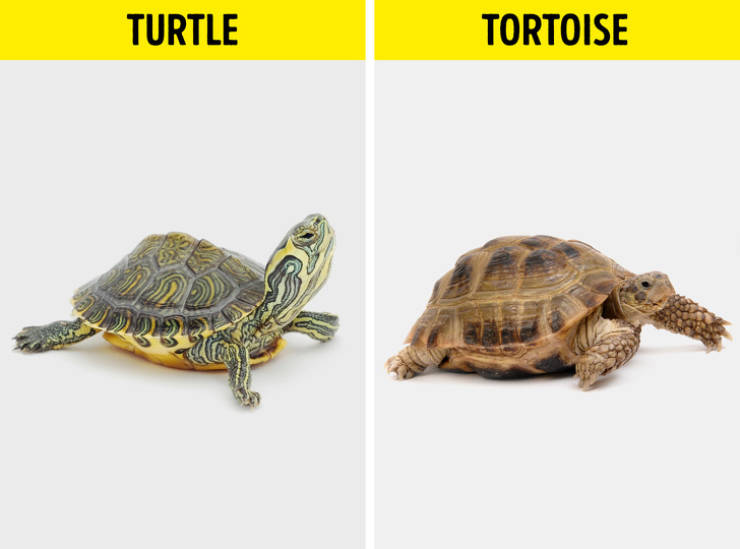 Turtles and tortoises may look kind of similar at first sight, but their living habits differ greatly. Turtles prefer water and can live both on land and in water. Tortoises dwell on land and don’t go swimming. 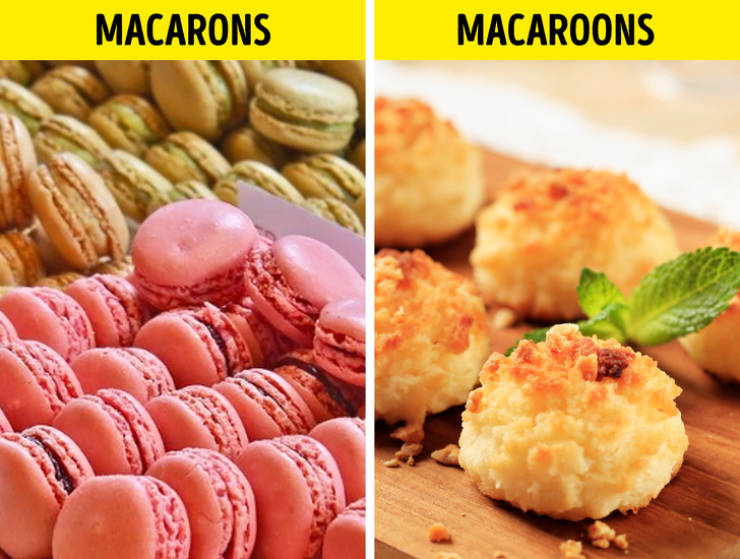 Macarons are French sandwich cookies that may have different flavors and are filled with a creamy filling. Macaroons are made of shredded coconut without any filling. 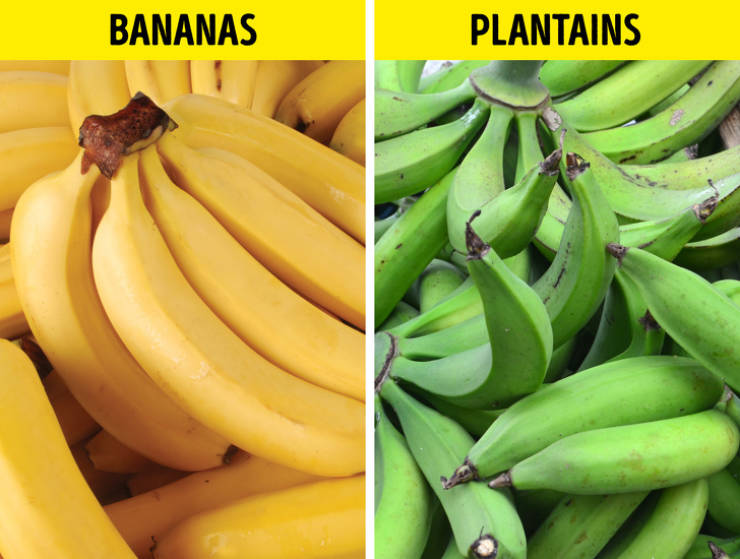 Plantains look similar to unripe yellow bananas. Plantains actually belong to the banana family, but they’re high in starch and low in sugar. They remain green when they become ripe and should always be cooked before eating. 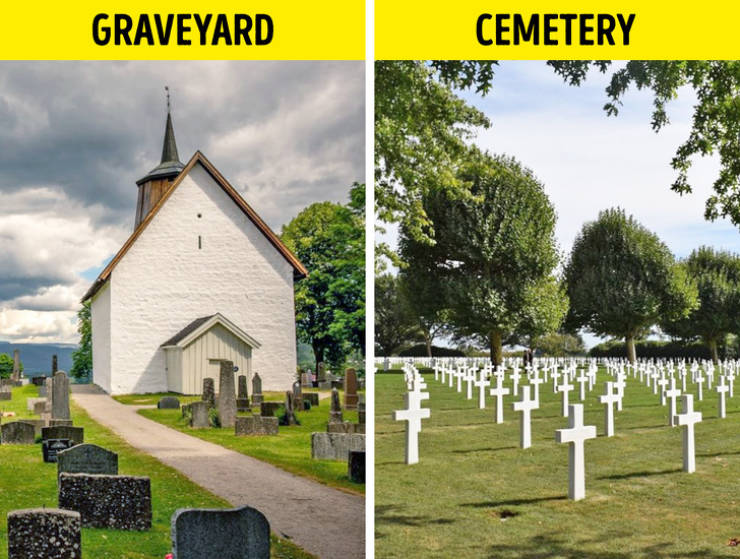 Every graveyard is a cemetery, but not every cemetery is a graveyard. In the past, it was only possible to bury the deceased on lands that were owned by the church and these lands were called graveyards. Later, with the growth of the population, the church’s land capacity wasn’t large enough, so separate cemeteries were created. 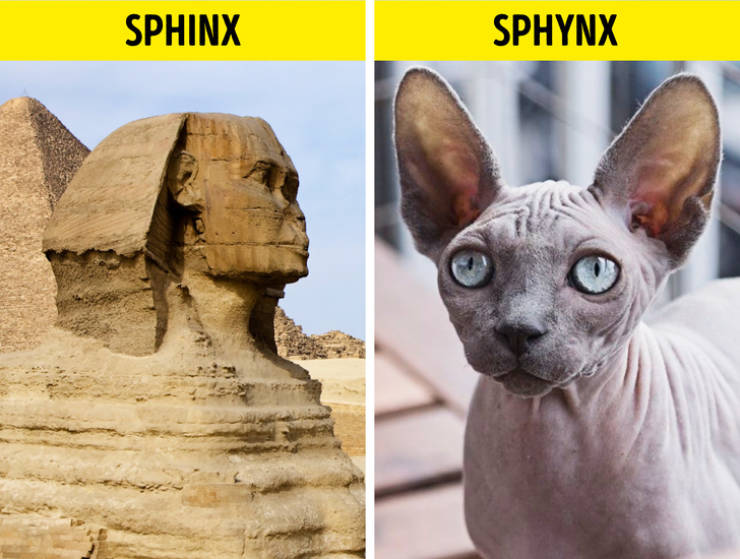 Sphynx refers to the breed of cats that has no fur, while sphinx is a mythical creature that has a human head and a lion’s body. 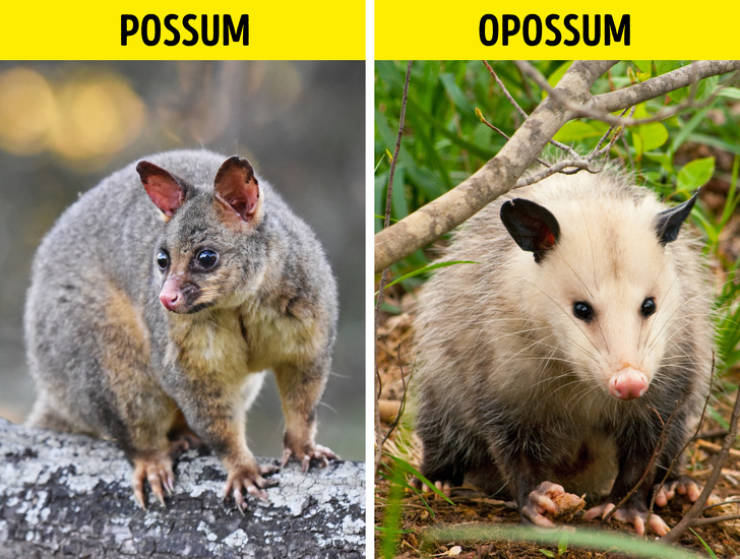 Opossum and possum belong to different animal groups. Opossums primarily inhabit North America and can be recognized by their white heads and grayish bodies. Possums live in Australia and have smaller heads and fur that is almost the same color all over their body. 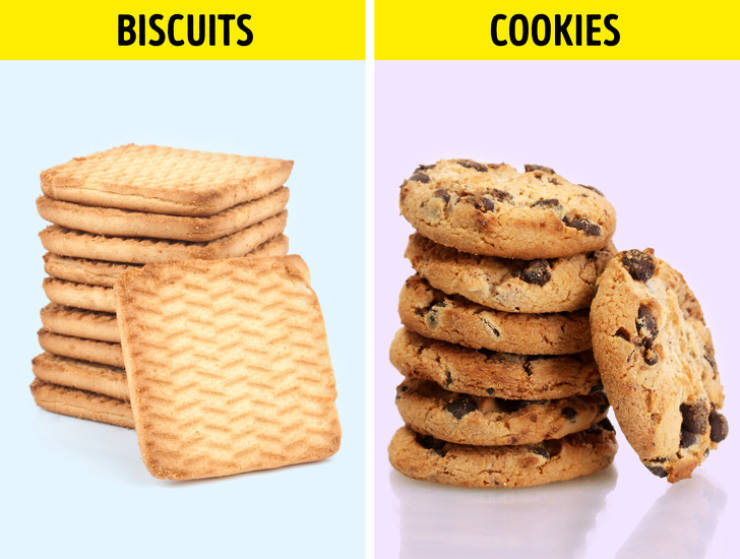 Both biscuits and cookies refer to flour-based baked goods. Biscuits are usually more crunchy and can be either sweet or salty. Cookies are mostly sweet and may contain some filling like chocolate chips or nuts. 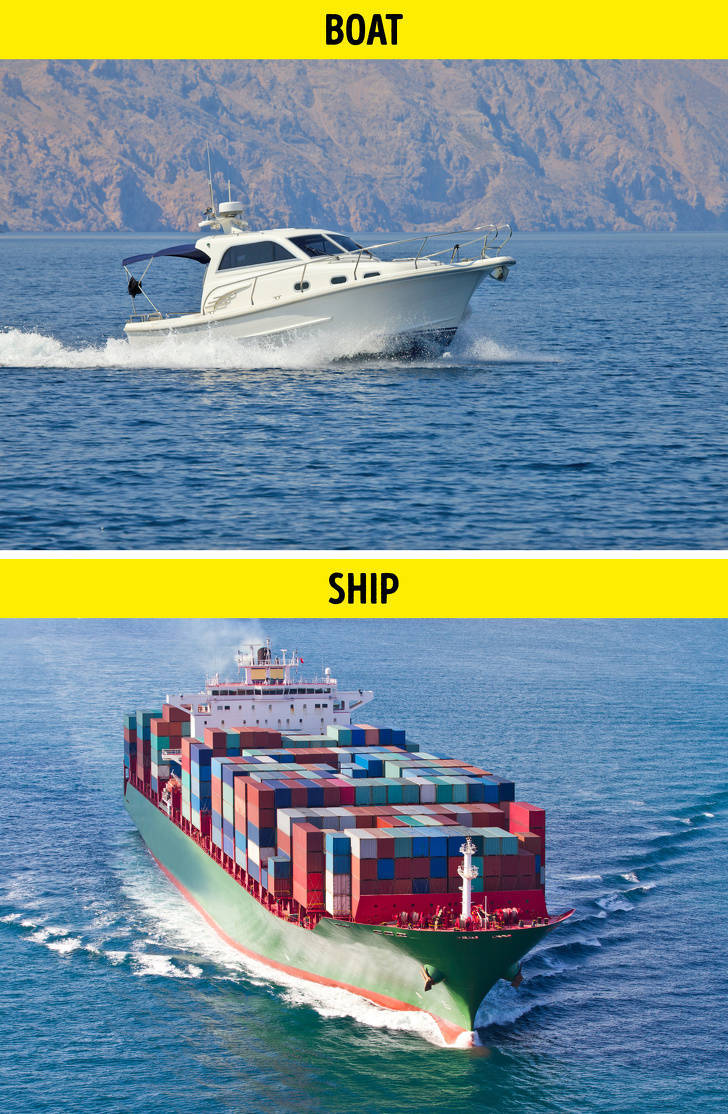 Boats and ships are different in terms of size and operational areas. The main distinctive rule to remember is that “A ship can carry a boat but a boat can’t carry a ship.” Ships can also operate in open waters, have more complicated navigation systems, and a higher cargo capacity. 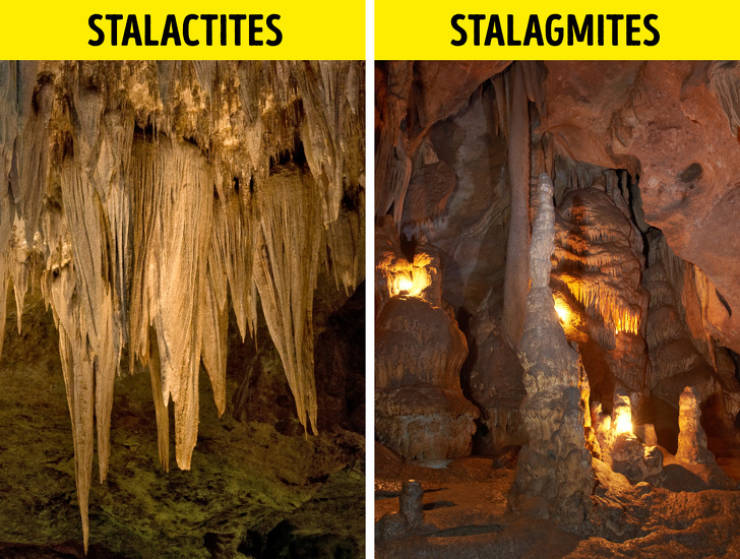 Stalactites and stalagmites both refer to the deposits of minerals that are usually formed in caves by slowly dripping water. Stalactites grow from the ceiling or the sides of the cave, while stalagmites are located on the ground. 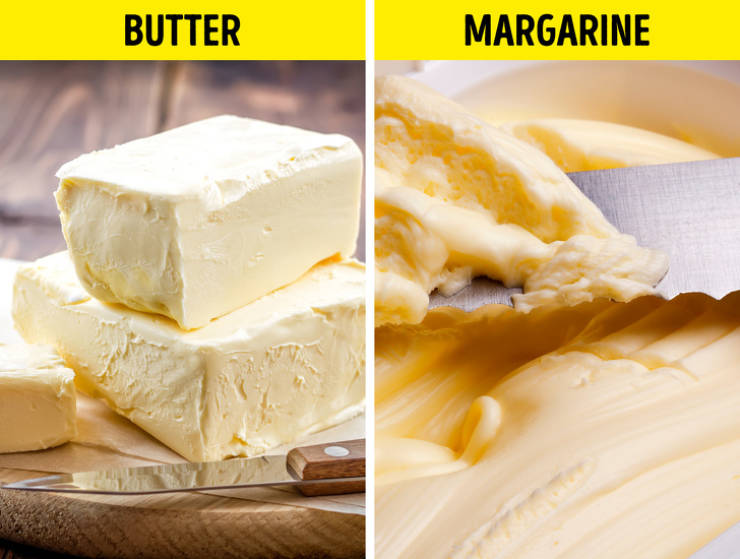 Butter is made of milk, while margarine is a non-diary product made of vegetable oil. The main health concern about margarine is that it often contains trans fats, that may have a negative effect on cholesterol levels. 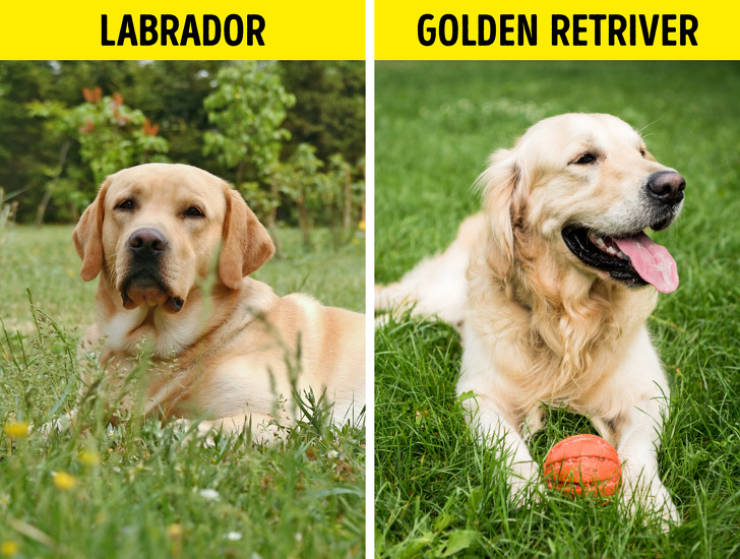 Labradors have shorter fur than Golden Retrievers. Labradors tend to be more outgoing and active, while golden retrievers are a bit more calm. 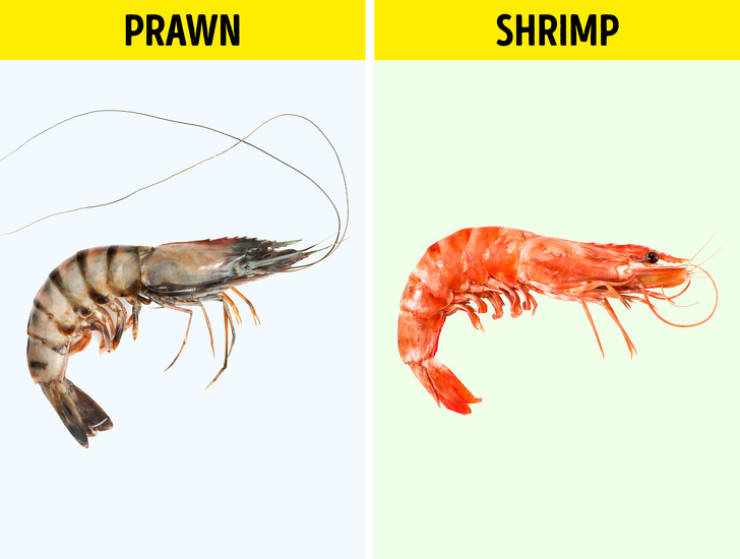 Shrimps and prawns have a different anatomy: prawns have claws on 6 of their legs, while shrimp have them on only 4 legs. Shrimp are also usually smaller and live in salty water, while prawns can only survive in fresh water. 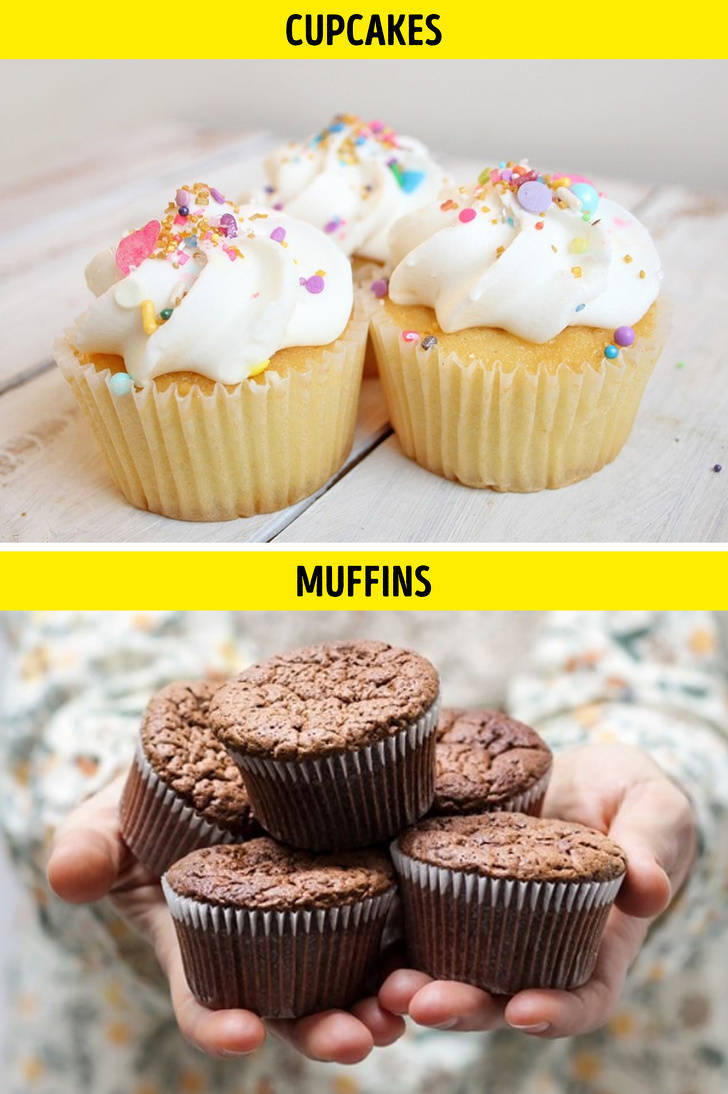 Cupcakes usually have a more fluffy texture and are topped with a creamy frosting. Muffins rarely have any frosting at all, but can be filled with dried fruits, chocolate, or nuts. 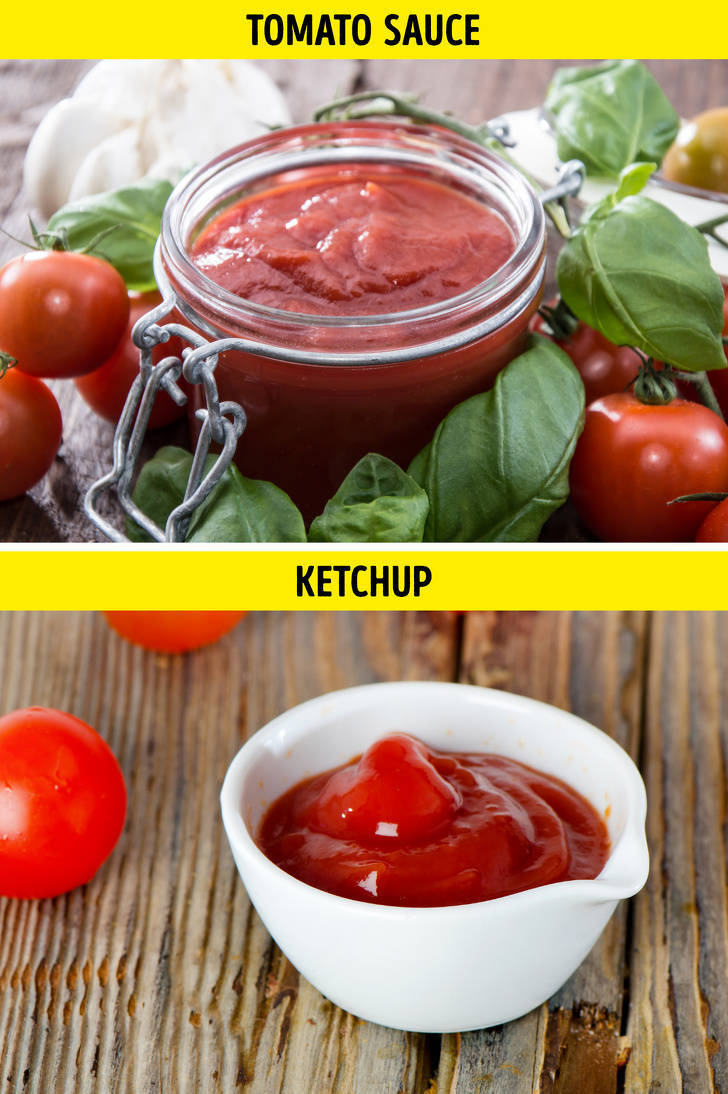 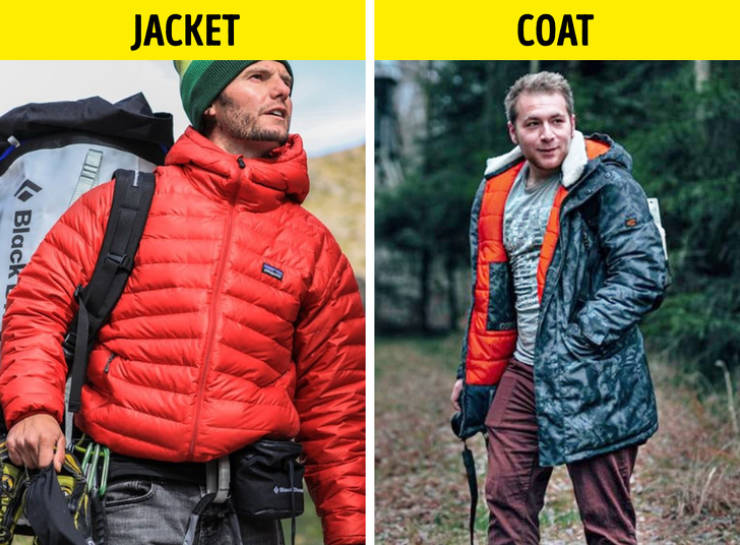 Jackets are usually waist-length and may be lighter and fit tighter in comparison to coats. Coats are always an outerwear piece that should be hip-length or longer. 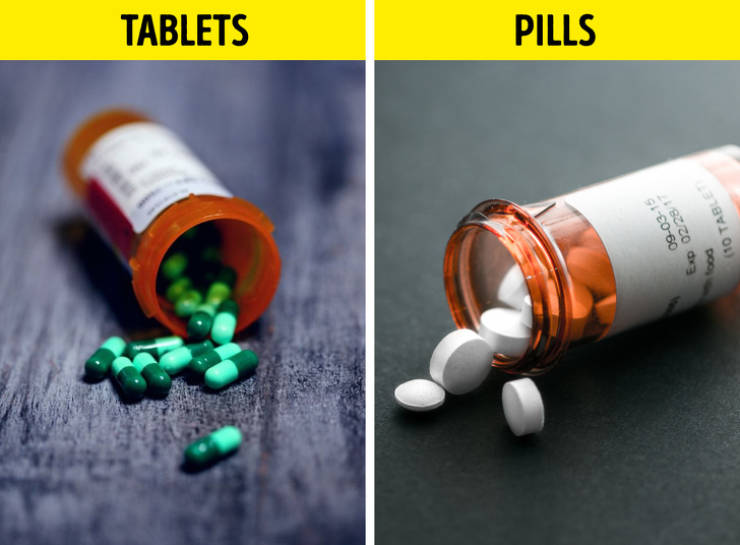 A pill is a general term that refers to medicaments that contain medication in a solid form like tablets, capsules, and soft gels. Tablets specifically refer to medicine with a round shape, that may vary in size. 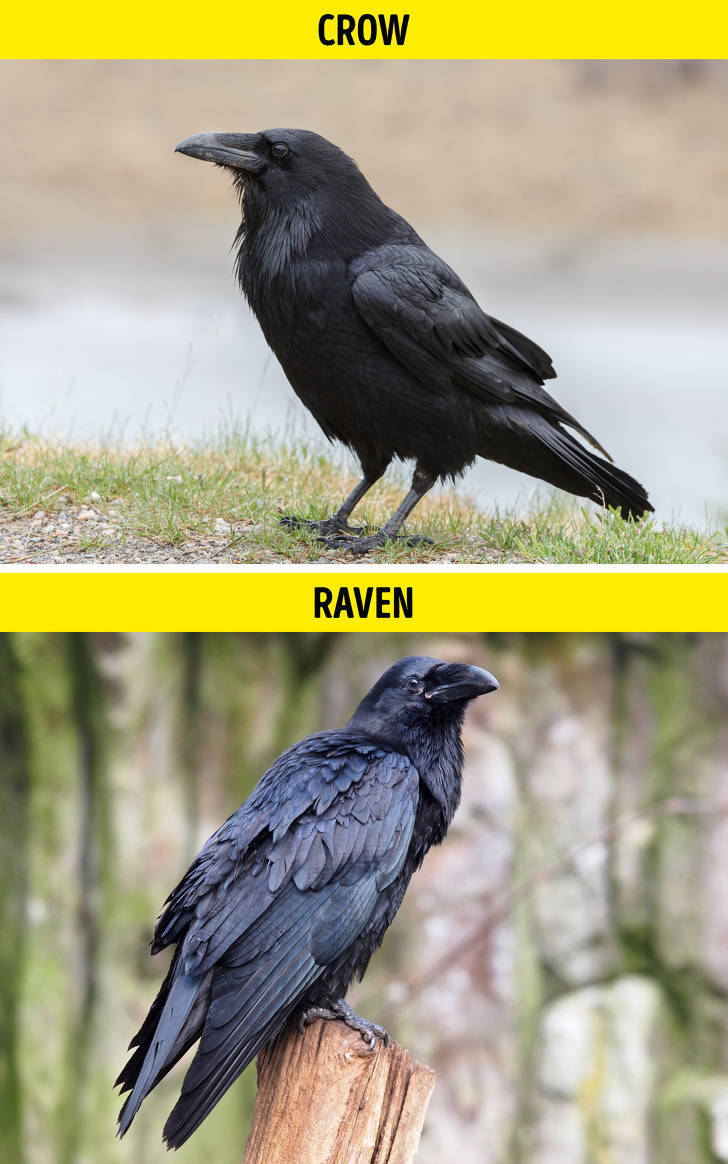 Ravens are usually bigger and prefer to travel in pairs. Crows are more social, and they are more often seen in larger groups. The sounds they make are also different. Crows give kind of cawing sounds, while ravens make more of a croaking sound.

Valid 1 year ago
"Mobile devices should be added at "tablets" as a third one.
Well.. "pills" wouldn't be round mobile devices that may vary in siz... wait a minute!
Reply
0

Shark 1 year ago
Technically, toads are a type of frog.
Reply