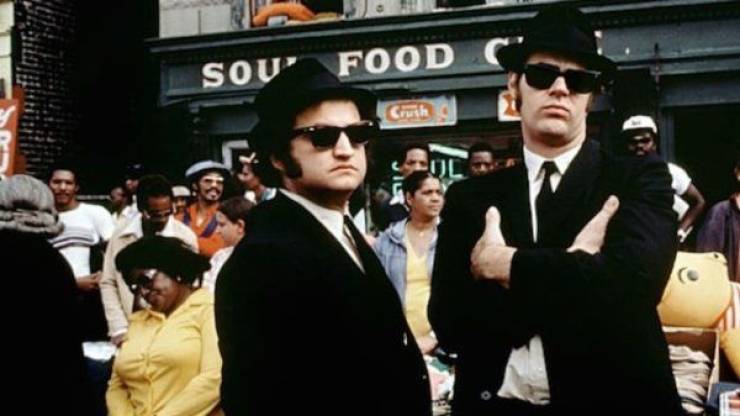 The Blues Brothers made more than $115 million in theaters worldwide when it was released in 1980.

Director John Landis and the crew had a hard time identifying if the movie was a comedy, a musical, or a classic.

Dan Aykroyd wrote the first draft of the film as his very first screenplay. It was almost three times the length of your average screenplay and had to be shortened down by John Landis in just three weeks. 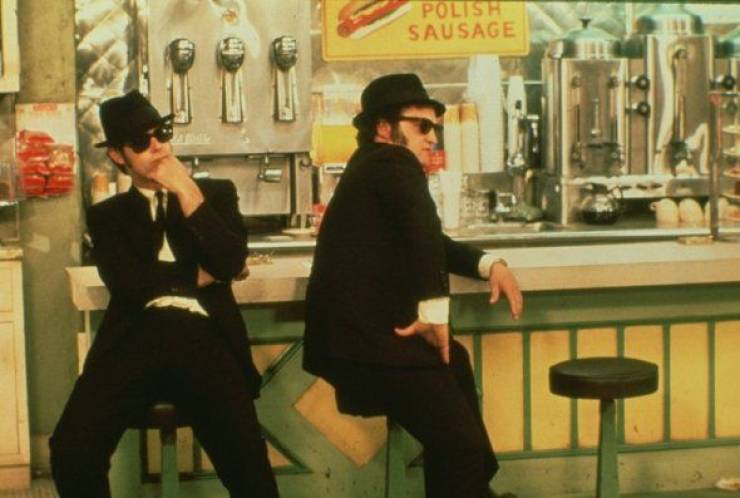 Most of The Blues Brothers was shot in Chicago, which meant a film office had to be created in the city. It pumped about $12 million into the local economy, but the car crash scenes were constantly reported by locals as real incidents.

Belushi was nicknamed “The Black Hole” because he went through hundreds of pairs of sunglasses during filming. After a scene was finished, he’d lose them.

The shopping mall car chase was actually shot at the Dixie Square Mall in Harvey, Illinois. The mall was never reopened and was finally torn down in 2013. 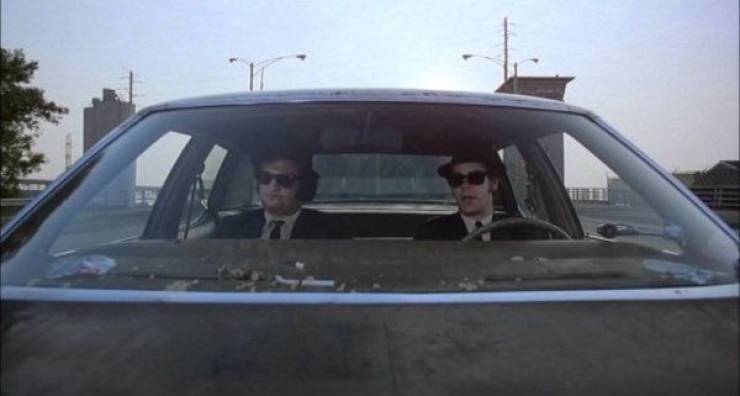 13 different Bluesmobiles were used throughout filming.

No CGI was used for any of the car stunts. They were all real, and 40 stunt drivers were flown in every weekend to do the work. 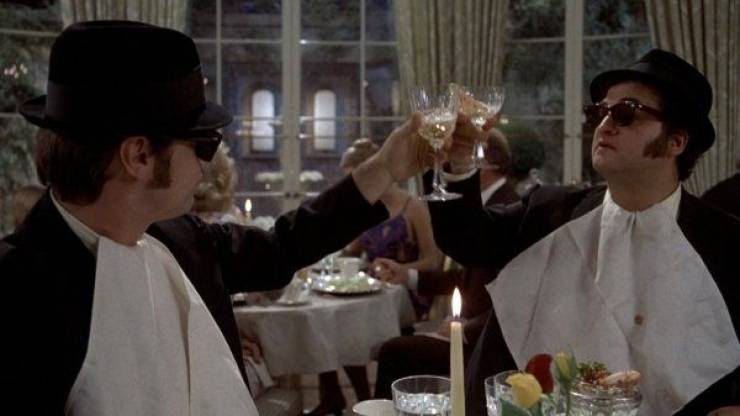 In order to film in Chicago, Belushi and Akyroyd offered to donate $50,000 to a local charity after filming.

One of the stunt drivers for the film was John Wayne’s son, Ethan Wayne. He began acting onscreen in 1970 but did a few stunting gigs as well. 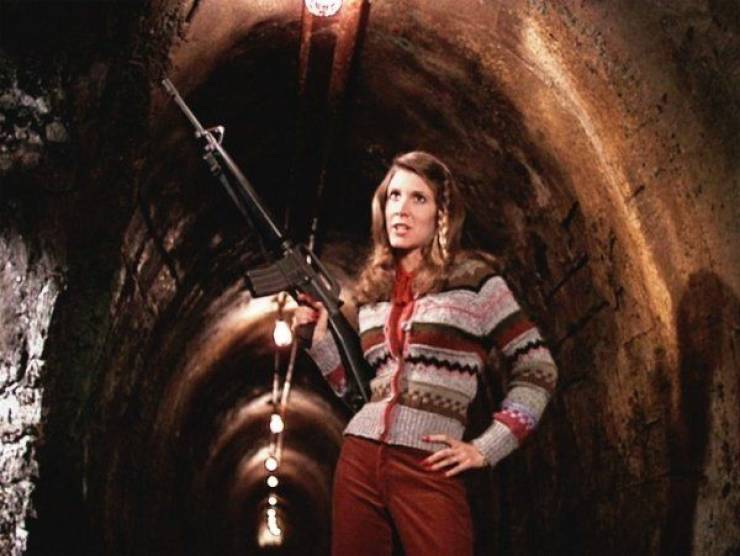 Dan Aykroyd and Carrie Fisher became engaged while filming. The two were set up by John Belushi and started dating after Aykroyd had to give her the Heimlich maneuver. The two never got married.

Part of the film’s budget was actually for cocaine. Dan Aykroyd admitted this in an interview, stating the drug was used for late night shoots.

Universal Pictures wanted an act like RoseRoyce (who sings “Car Wash”) to perform in the movie instead of Aretha Franklin. It was Aykroyd and a few others who said no to this idea. 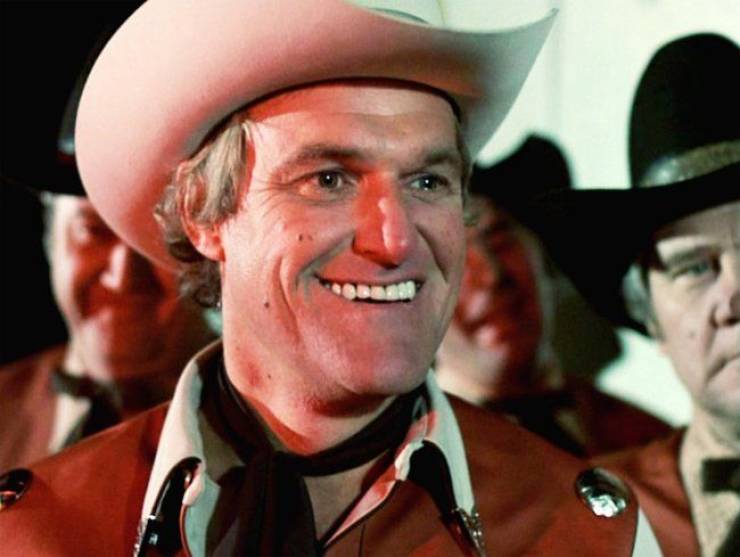 Actor Charles Napier, who played Tucker McElroy, says that Belushi and Aykroyd never showed up to their 8 AM calls on time. He claims that the lead actors were the reason that the production fell behind schedule. 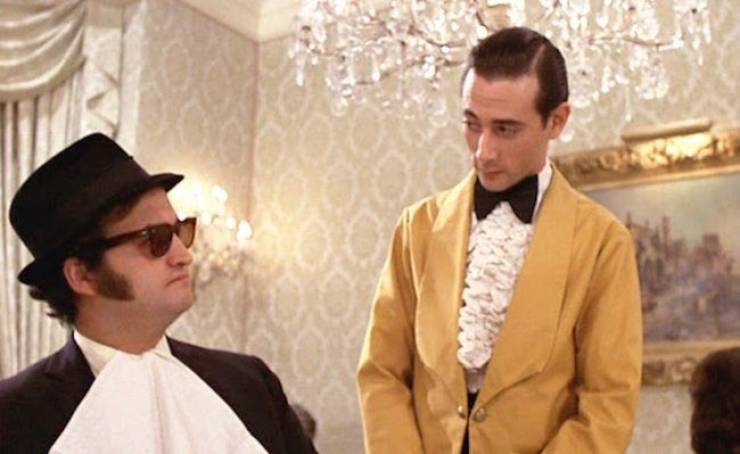 Paul Reubens, the actor known as Pee-wee Herman, can be briefly spotted playing a waiter at Chez Paul.

It’s not secret that Belushi had a serious cocaine habit while on set, which caused a slew of issues. Aykroyd recalls that his costar disappeared one night and raided the refrigerator of a stranger’s house near set, then fell asleep on his couch.

Belushi hurt himself screwing around on a kid’s skateboard right before the big finale scene. Filmmakers had to convince the top orthopedist in town to rush over and get his ankle wrapped up so Belushi could act. He had to perform all the cartwheels and dance steps with his injury.

The movie was only booked in about 600 theaters. Normally a movie with this budget would hit about 1,400 theaters but it was “too long” for many theaters, clocking in at two and a half hours. 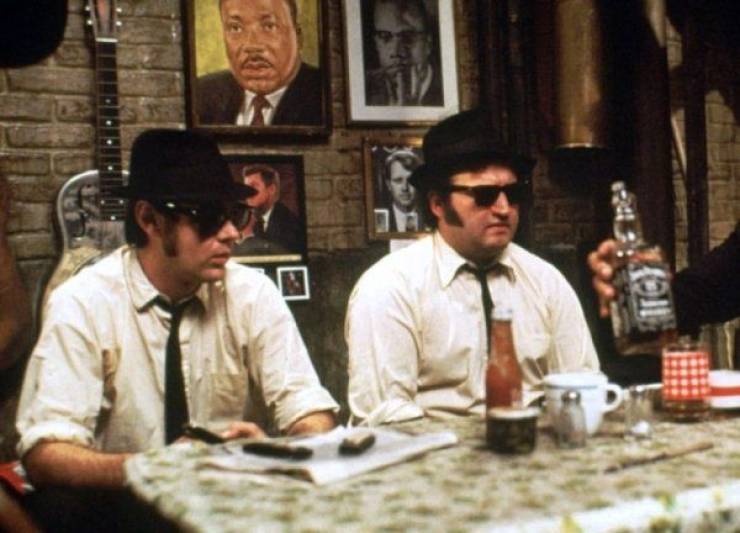 The movie got some truly scathing reviews. Newsweek called it “desperately unfunny” and the Los Angeles Times called it a “$30 million wreck.”

The movie was incredibly popular in Australia and was shown in theaters across the country through the ’80s and ’90s.

The Bluesmobile got up to 118 miles per hour while filming. The crew had to get permission to clear the street for two different 100+ mph passes.

Shark 5 month s ago
Another movie made of whites who hate whites.
Reply
0

Important 5 month s ago
We you touched by an uncle or something Shark?
Reply