Here Are Some Photos Of Hachiko, Together With His Story (15 pics) 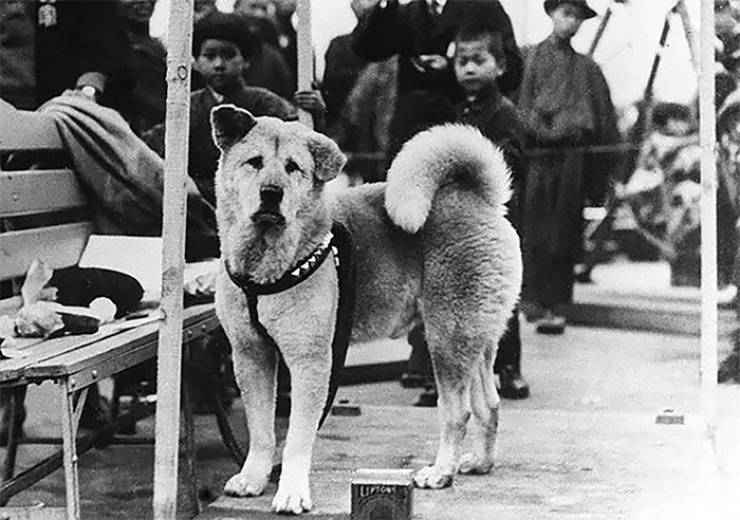 He went down in history as the most loyal pet 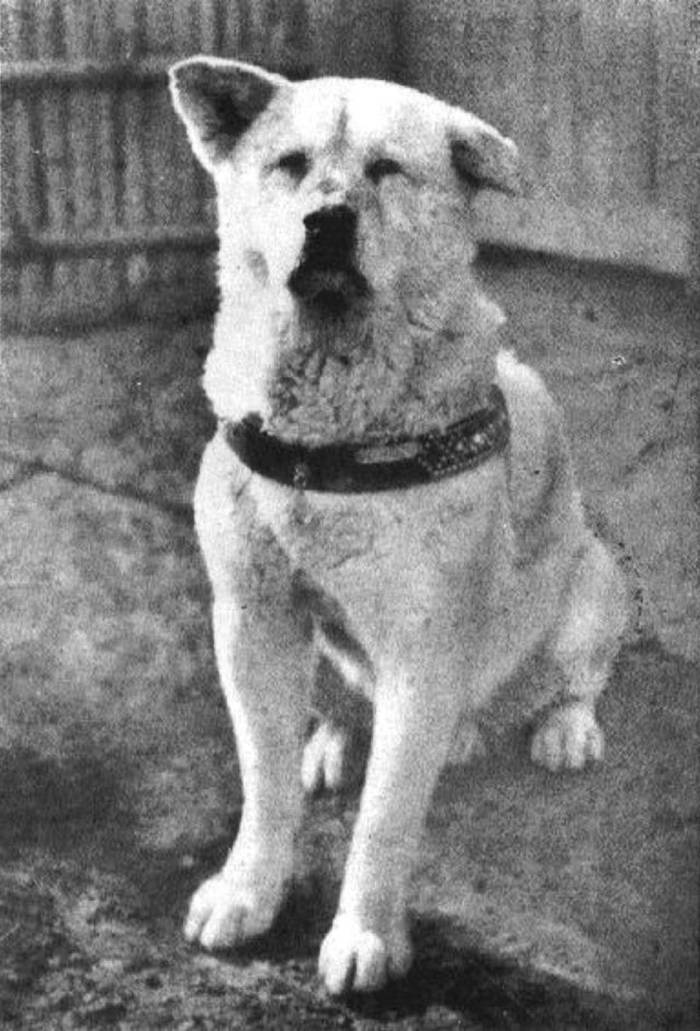 This went on for the next nine years, nine months and fifteen days—Hachikō would patiently wait for his owner at the same train station every day. Each day, at the same time that Hidesaburō Ueno’s train was due at the station.

After his owner’s death in 1925, Hachikō would still wait for him every day at the train station 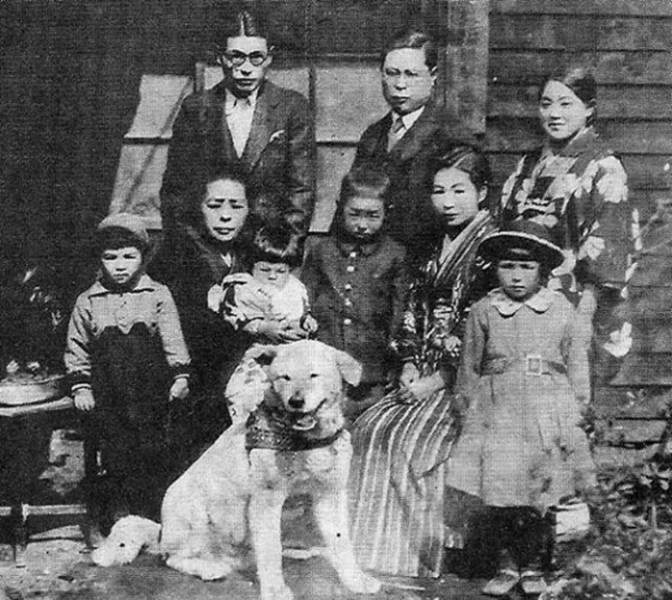 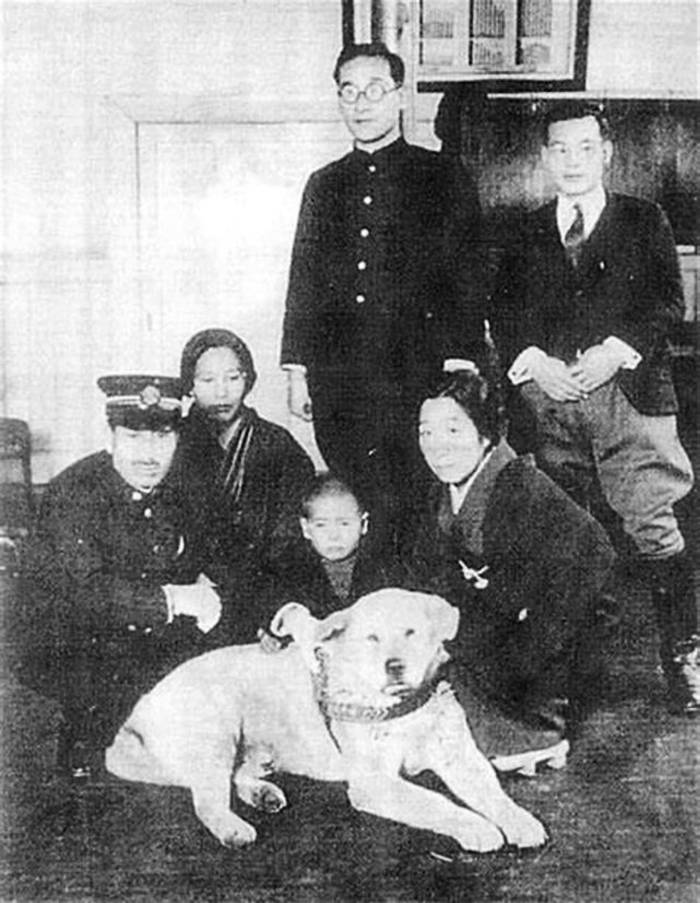 Naturally, the commuters quickly took notice of Hachikō. Many of them had seen the loyal furry friend and his owner Hidesaburō walk home together from said station. Not everybody was friendly, at least not until October 4, 1932, when the first article on Hachikō was published—after that, Hachikō gained national attention and people would often bring him food and treats.

This went on for nearly a decade 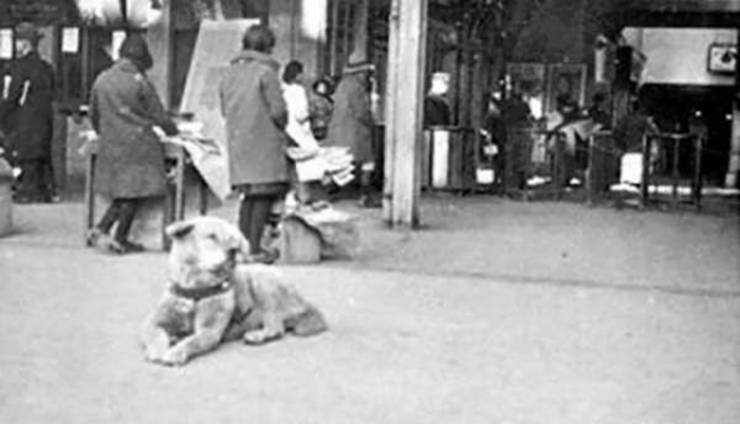 In 1932, the first article was published about the loyal pet in a national newspaper 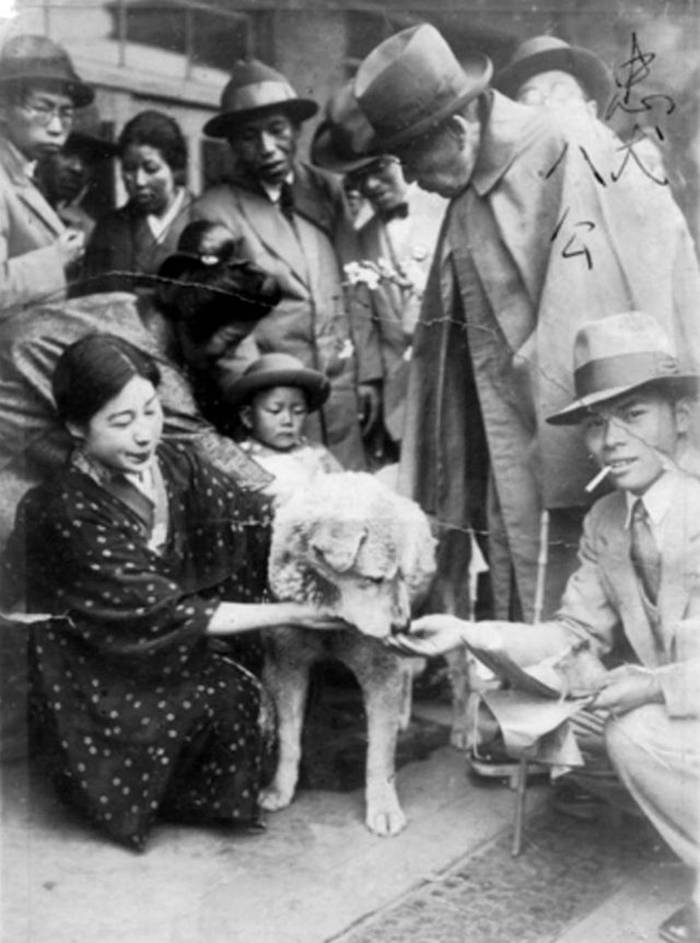 The article was written by one of Hidesaburō Ueno’s former students. The student was writing a thesis on the Akita breed of dogs and upon seeing one of such at the station, he followed Hachikō home—to Kuzaboro Kobayashi, the former gardener of the late professor. The student learned the life story of Hachikō from Kuzaboro and shortly thereafter published a documented census of Akitas in Japan. According to the research, only 30 purebred Akitas remained living in Japan, one of whom was Hachikō from Shibuya Station.

After that, Hachikō became known nationwide 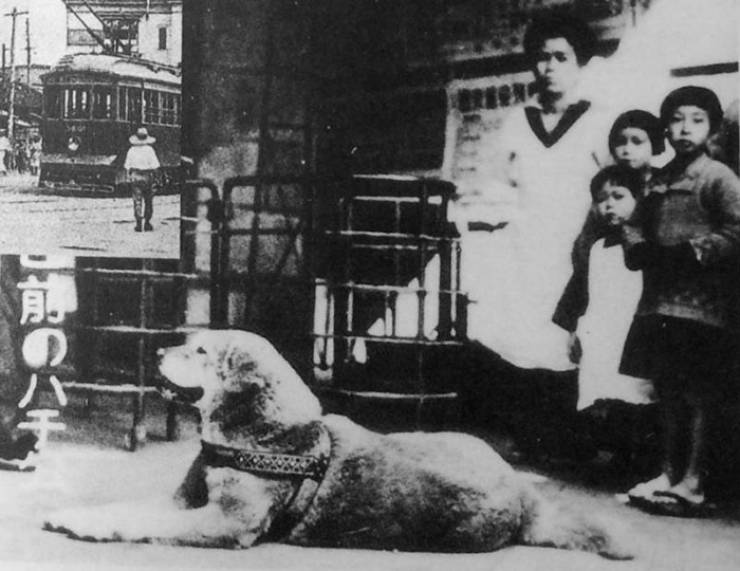 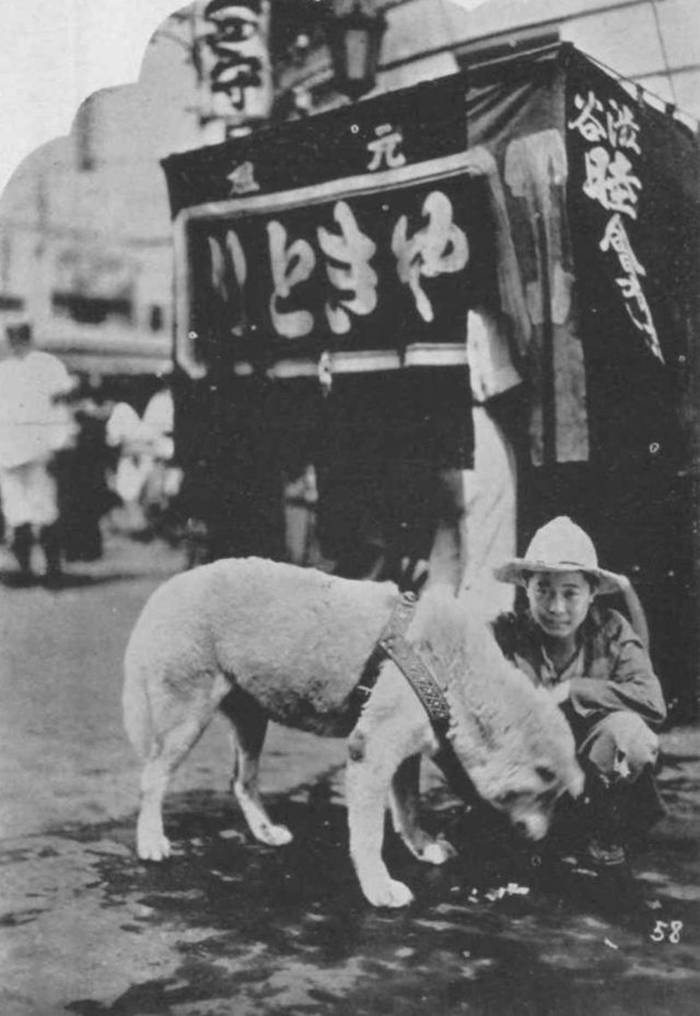 The story goes that the former student visited Hachikō frequently and, over the course of years, published several articles on the dog and his remarkable loyalty. Soon enough, Hachikō became a nationwide sensation. The Japanese were deeply impressed and touched by Hachikō’s everlasting love and loyalty. Across the country, Hachikō became the prime example of family loyalty, as taught by teachers and parents to kids. 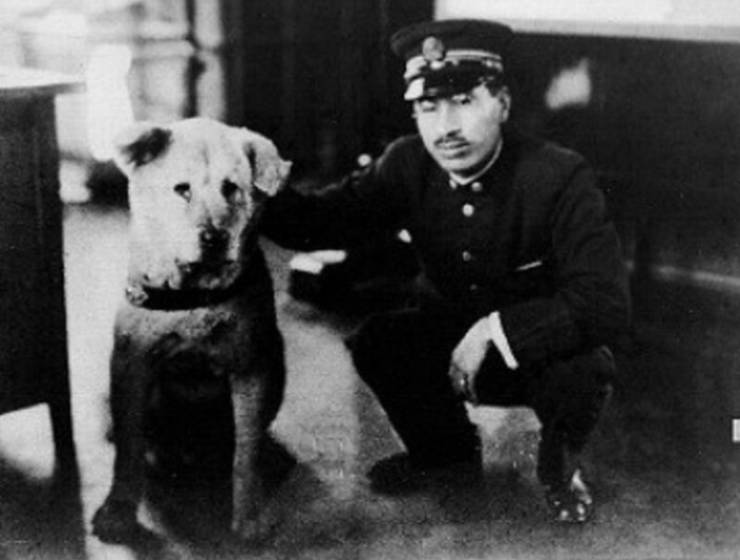 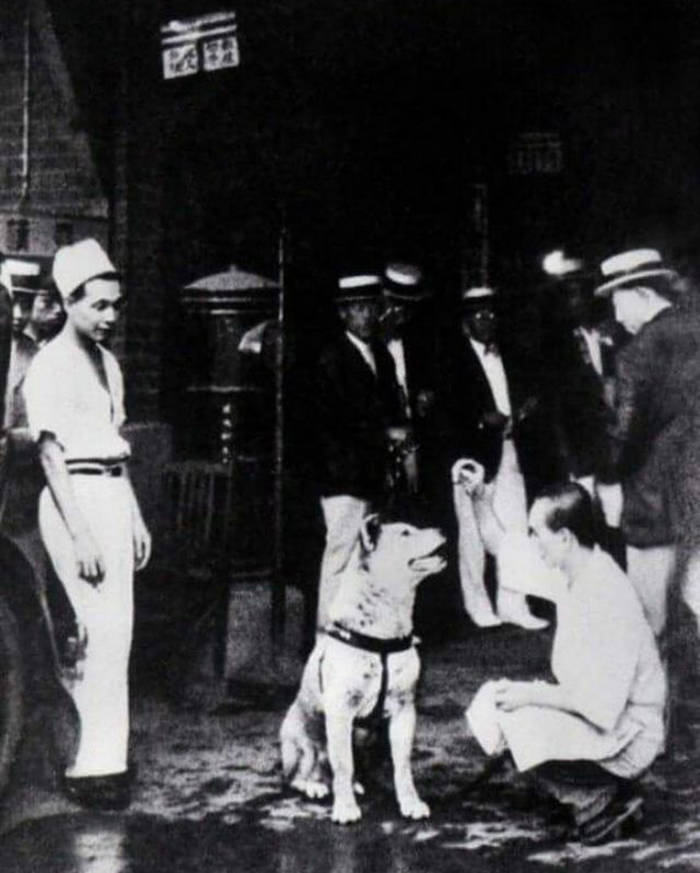 In 1934, the devoted Akita Hachikō was immortalized in the form of a bronze statue sculpted by noted Japanese artist Teru Ando. Sadly, during World War II, it was used up for metal. However, in 1948, due to the efforts of the sculptor’s son, a second statue of the loyal Akita emerged and still remains standing. Today, the entrance to the station next to the statue is named “Hachikō-guchi,” which translates roughly as “The Hachikō Entrance/Exit.”

In 1934, a bronze statue for Hachikō was built 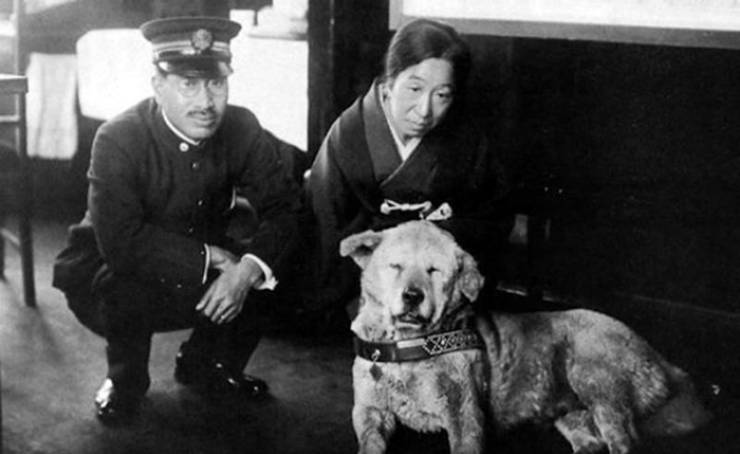 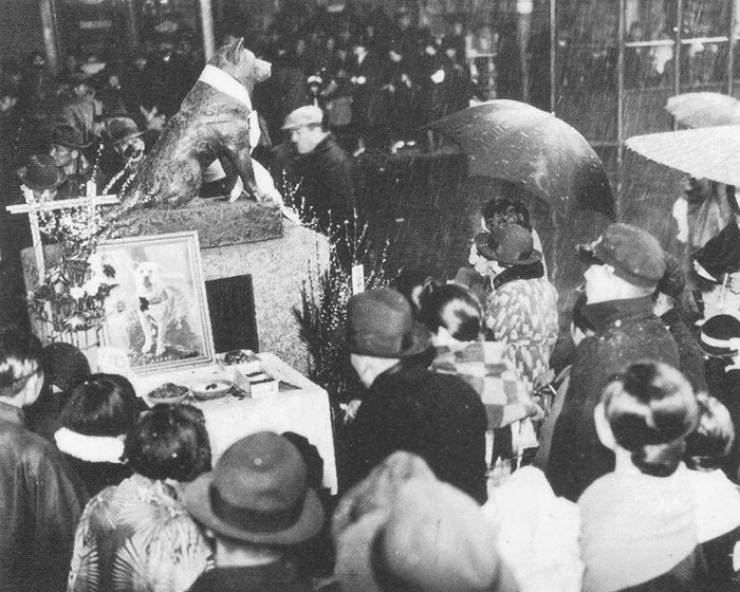 After waiting for his owner’s return for a decade, Hachikō died on March 8, 1935. At the time, the loving dog was 11 years old. Only in 2011 were scientists able to finally determine the cause of Hachikō’s death—apparently, the good boy had terminal cancer and a filaria infection.

He was 11 years old at the time He was buried next to his owner 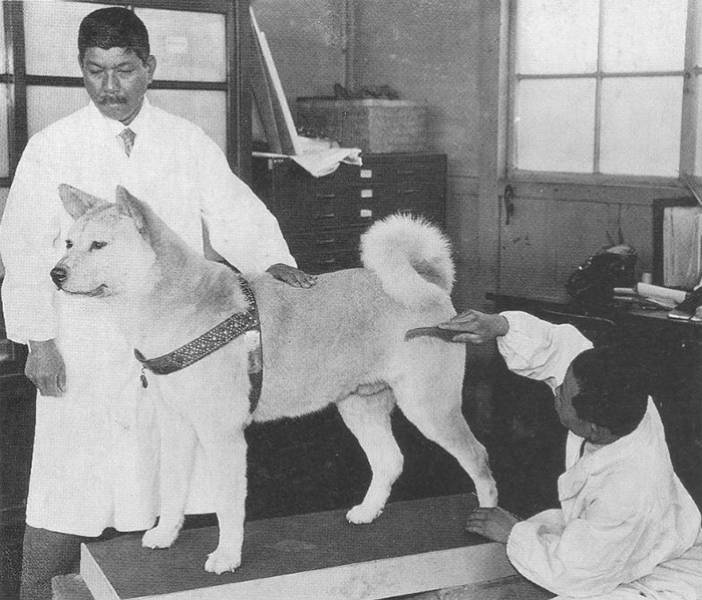 After the death of Hachikō, his remains were cremated and his ashes buried in Aoyama Cemetery, Minato, Tokyo. The loyal friend was placed next to the grave of his beloved owner Professor Ueno. The good boy’s fur was preserved and stuffed to appear on permanent display at the National Science Museum of Japan in Ueno, Tokyo. 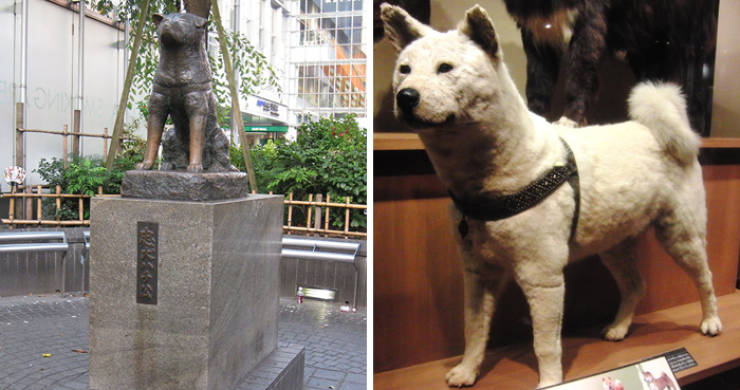 Martial 5 month s ago
... sad reality is that this story will never be possible in western world, poor dog will be killed by humans in few.
Reply
6

Little 5 month s ago
Beautiful story and dog. The Japanese have a remarkable way of always recognizing special instances and appreciating and celebrating them. It’s humbling.
Reply
4

Hello 5 month s ago
... look on the bright side - he never saw atomic bombing
Reply