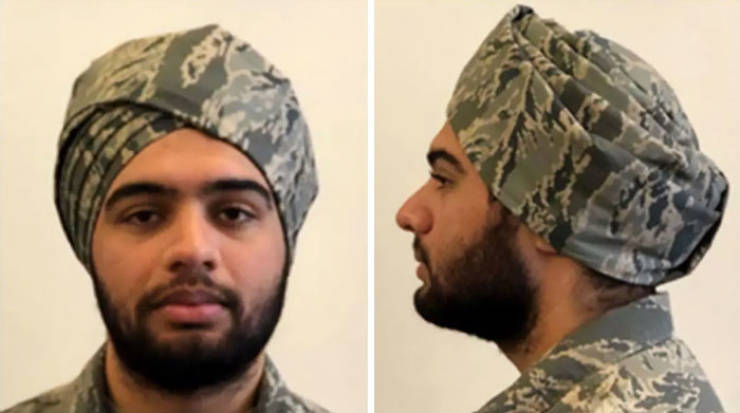 Under these new rules, soldiers can apply for religious accommodations to wear turbans, beards, unshorn hair, and hijabs, granted that they do not interfere with their military tasks (e.g. operating equipment and weapons).

Applications are reviewed and approved within 30 days (or 60, in more limited cases), given they meet the needed criteria. Once they are approved, the soldier will be able to wear any of the aforementioned for the rest of their military career. 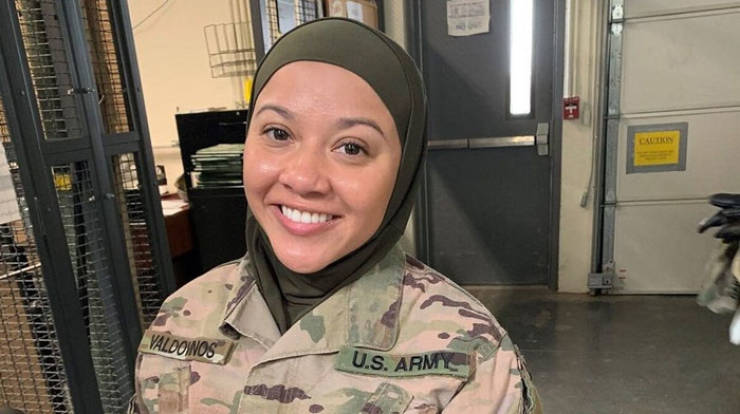 It’s important to note that this isn’t a first in US military history. It’s simply a different branch of the army (the Air Force) making changes to the dress code and making things easier than they were before.

Those in service were allowed to wear turbans and other religious accommodations before the 1980s. Later, these rights were revoked. It wasn’t until 2009 that talks on the matter of serving with a beard and religious apparel while in uniform were jump-started again. 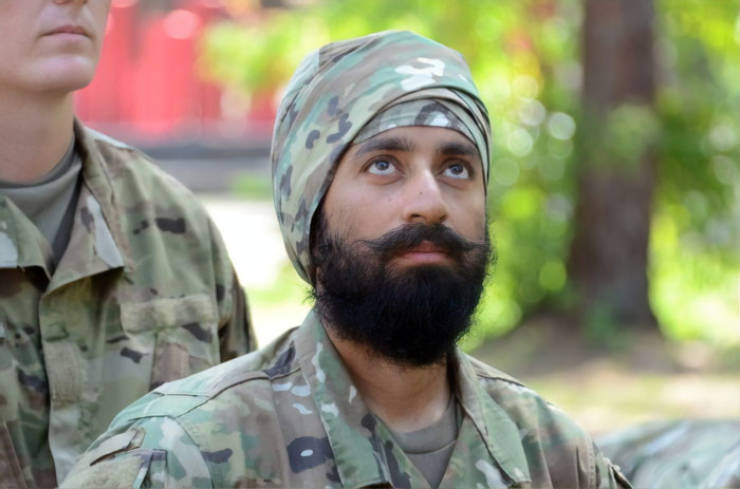 Since then, there have been cases of Sikh and Muslim soldiers receiving exemptions to the rule. Then, in 2017, the Armed Forces officially declared under Army Directive 2017-03 that amended Army Regulation 670-1 and soldiers were once again allowed to wear turbans, hijabs, and beards.

According to Sgt. Maj. Anthony J. Moore, the uniform policy branch sergeant major inside the Army’s G-1, explained that the uniform change in the Armed Forces was made mainly as a way of increasing diversity, thus offering more opportunities for people to serve in the military. 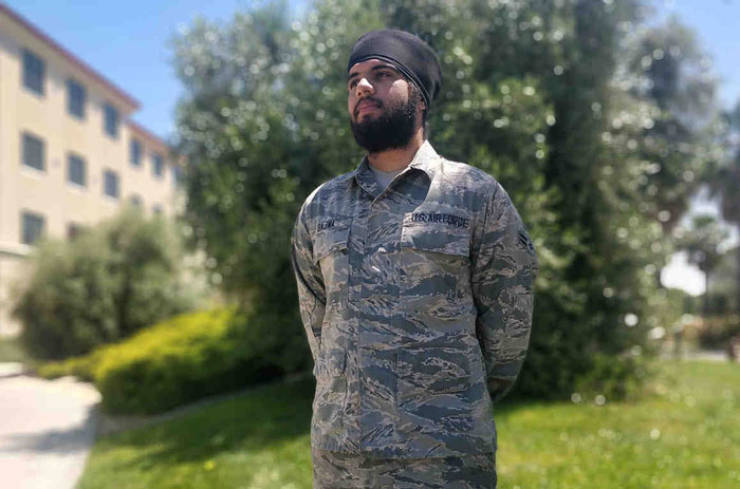 “There was a section of the population who previously were unable to enlist in the Army. This makes the Army better because you’re opening the doors for more talent. You’re allowing people to come in who have skills the Army can use,” said Moore.

The reason behind the several decades of strict rules regarding the matter boiled down to safety. The Army was of the stance that religious headwear would hinder soldiers from meeting health, safety, and mission requirements, including things like using gas masks and operating military equipment.

Here are the official mockups for the turban, beard and hijab dress code of the US Armed Forces from 2017 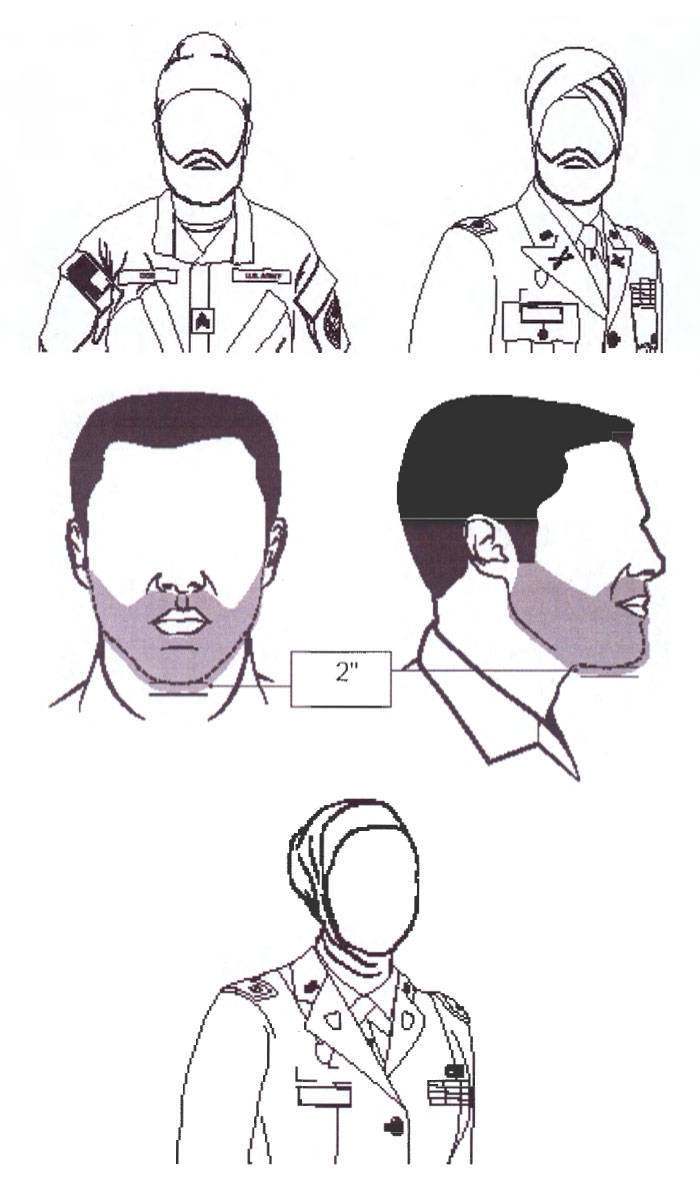 The current rules are not, however, all-inclusive for the Armed Forces, as they don’t solve the issue of face masks. Further studies and testing are still needed in order to identify the types of masks that are able to guarantee the safety of those serving in hazardous areas. Until then, soldiers will be required to shave their beards in the event of hazardous conditions forming.

This is a big deal for those in the Air Force, as masks are compulsory at all times when operating aircraft vehicles. These masks provide military pilots with a fresh oxygen mixture to avoid hypoxia symptoms. However, there are turbans and other headwear specifically made to fit under the helmets and masks. 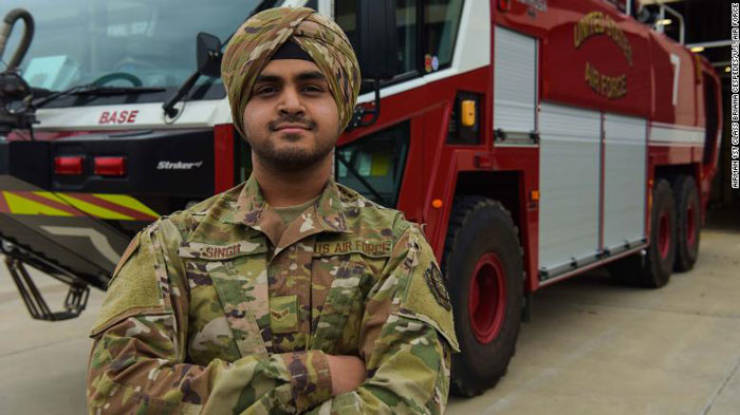 Shark 5 month s ago
If this turns out badly, we did it to ourselves.
Reply
-6

Place 5 month s ago
At least it will be easier to identify the terrorists in our midst...
Reply
-5

It's in accordance with their religion, you know, that we're supposed to have freedom of here in Amerikkka?
Reply
-6

Visit 5 month s ago
Wow, it’s amazing how a simple progression towards tolerance always brings out the racist hate mongers. Racism and extreme fear are still very much alive in the US. Like another said, freedom of religion is the basis of our country; so many colonists came here to escape religious persecution to form the backbone of our nation. Freedom of religion is in our CONSTITUTION. You all are the anti-patriot, supremecist, haters of America, here. Not those of us who don’t succumb to fear and media hype. Grow up, or, rather, evolve.
Reply
3

Compilation 5 month s ago
Freedom of religion does not guarantee you the right to dress however you want when in a highly regimented (sic) organization like the military which has strict dress codes. This is why there has to be direct assessment of safety regs and such before it can be allowed... Stop crying racism every time something doesn't suit your snowflake ideals... Morons
Reply
2

Indiana Jones 5 month s ago
The only thing a pilot should wear are his talent and skills. Turkish stars and their airshow presenter don't ware turbans but with them in the air and their presenter on the mike you feel blessed by Allah himself to see and feel divine wonder.
Reply
-1

Concern 5 month s ago
I'm a Trumpie and I think it's great they're allowing it.
Reply
3

Hybrid 5 month s ago
This is a damn joke, wtf
Reply