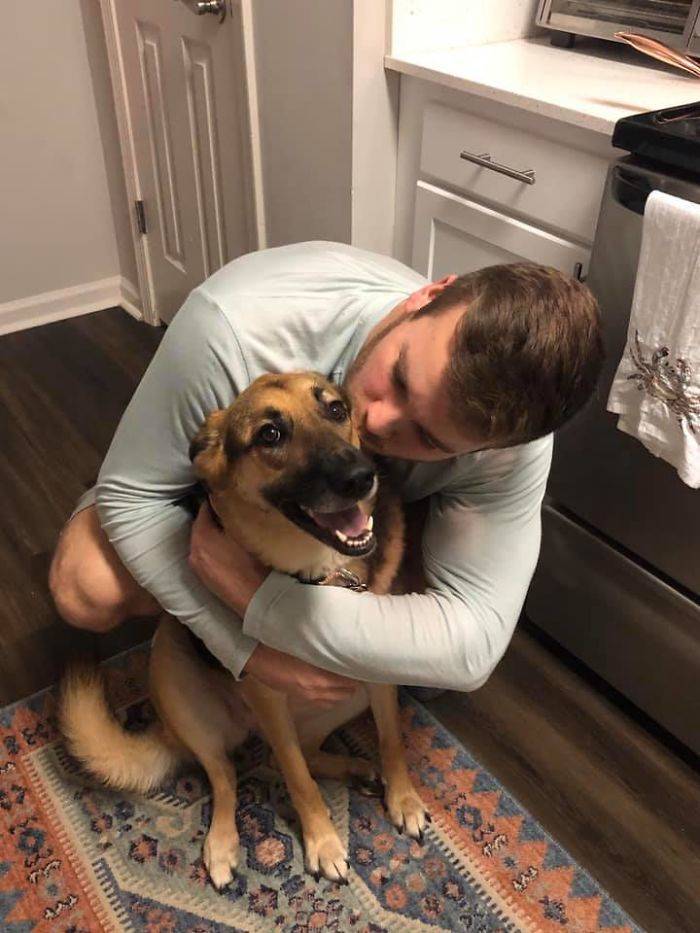 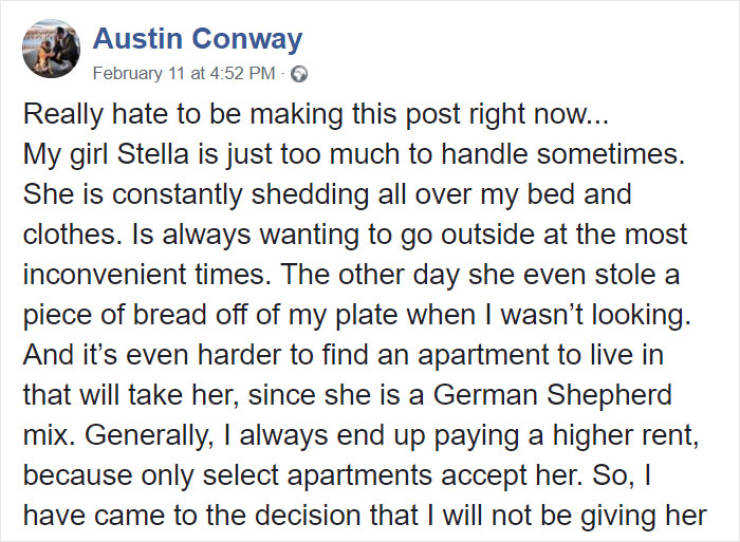 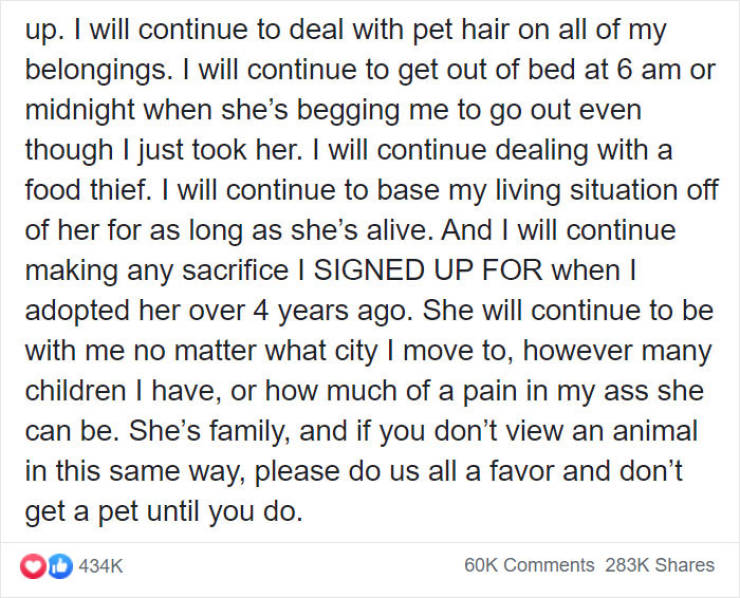 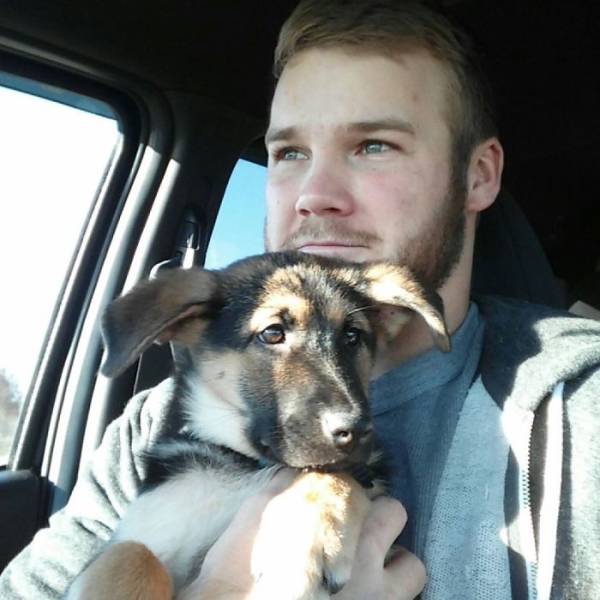 Austin’s concerns are definitely understandable. According to the American Society for the Prevention of Cruelty to Animals (ASPCA), approximately 3.3 million dogs enter U.S. animal shelters nationwide every year. The organization states that the most common reasons why owners rehome their pets are problematic and aggressive behavior, or the animal grew larger than expected, or health issues they couldn’t handle. And while 620,000 of these dogs are reunited with their families and 1.6 million are adopted, roughly 670,000 are euthanized. 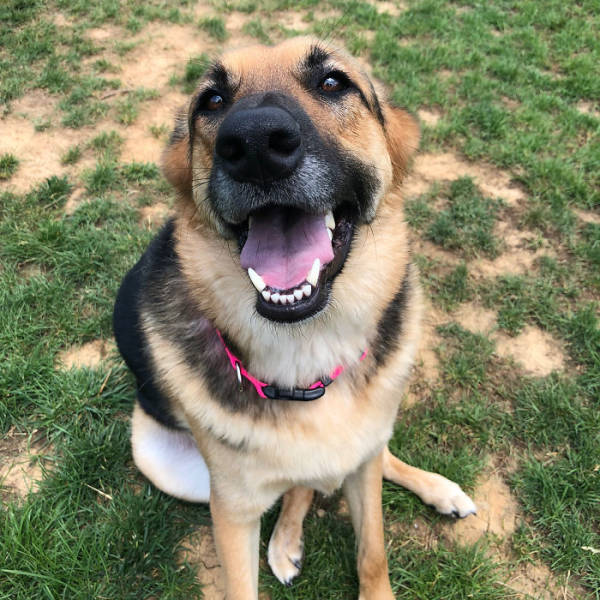 Luckily, Austin and Stella’s friendship has been blossoming from the moment they met. “I actually wasn’t planning on choosing any dog the day I went to the shelter,” he said. “I just happened to see a post on my Facebook about a German Shepherd mix litter that had been surrendered to a shelter close to my college. So, being the German Shepherd lover that I am, I drove over just to look, for fun. Which was a big ‘mistake.'” 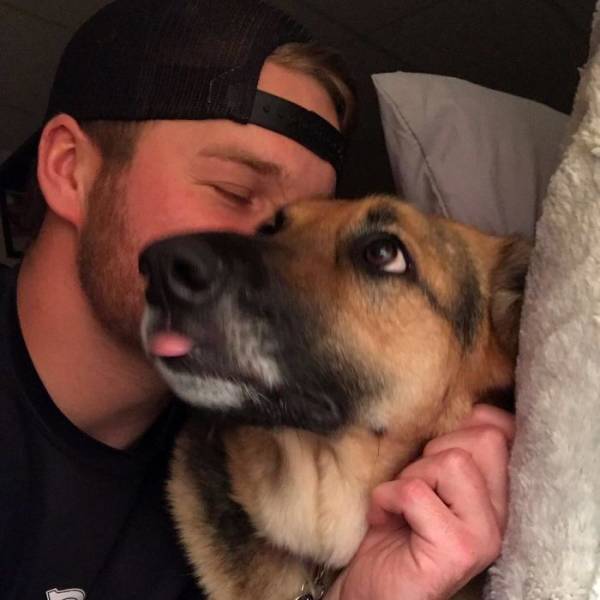 “I immediately saw Stella and couldn’t put her down. She was the smallest and quietest one of the bunch and looked to be the one getting the least amount of attention. So, I went from not planning on getting a dog at all, to having her claimed and the adoption deposit paid within 1 hour of being there. Was by far the best decision I’ve ever made.” 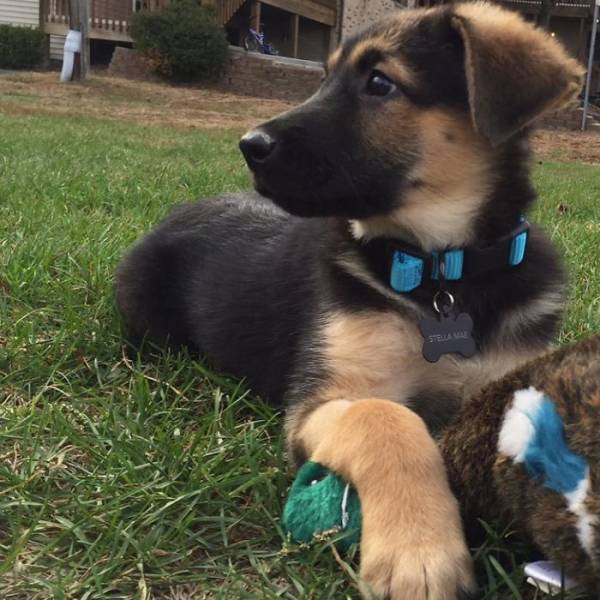 Austin said Stella is an ‘old soul’ and has been since the moment he adopted her. “She loves walks, but if it’s too long of one, she’s sure to let me know she’s not having it. She’s extremely vocal. It’s one of her best and funniest qualities. She’s needy but in a good way. She always wants to have her paw on someone and hates to be alone. She’s as close to human as I’ve ever seen a dog be. She’s perfect,” the man explained. 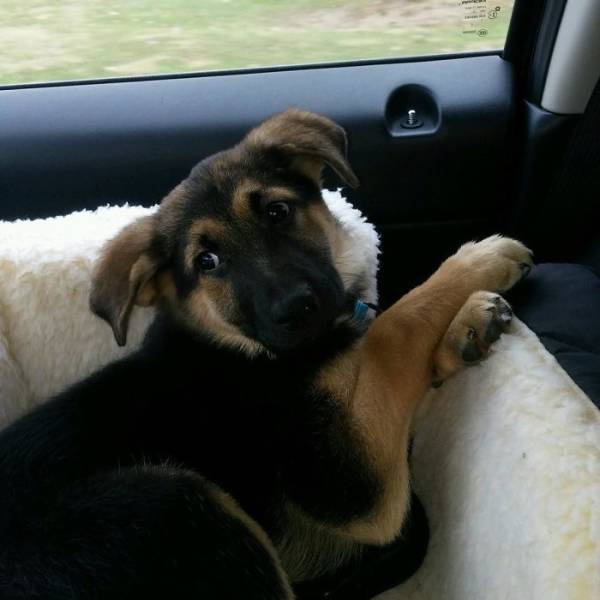 One of the things Austin talked about in his post was renting a place with a dog, which is what a lot of pet owners struggle with. This is because some landlords view larger companions as disruptive and likely to cause damage. “It’s difficult but do-able. Many apartments have restrictions on ‘aggressive’ breeds. So, the few times I’ve had to apartment-hunt, my list was always extremely small because I’ve been limited to properties that accept German Shepherds.” 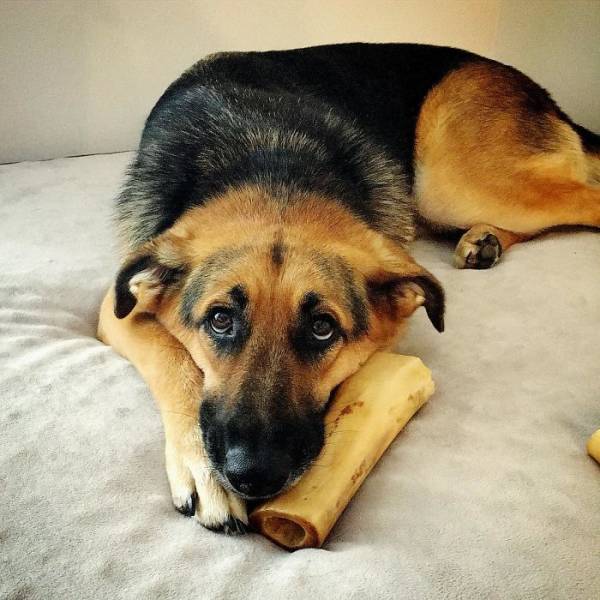 However, he knew he would run into this problem when he adopted the doggo and prepared accordingly. “I’ve always done my due diligence and made sure I found any and all apartments in the cities I’ve lived in that would accept her. And from there, I began looking for the best fit after I was certain Stella was welcome.” 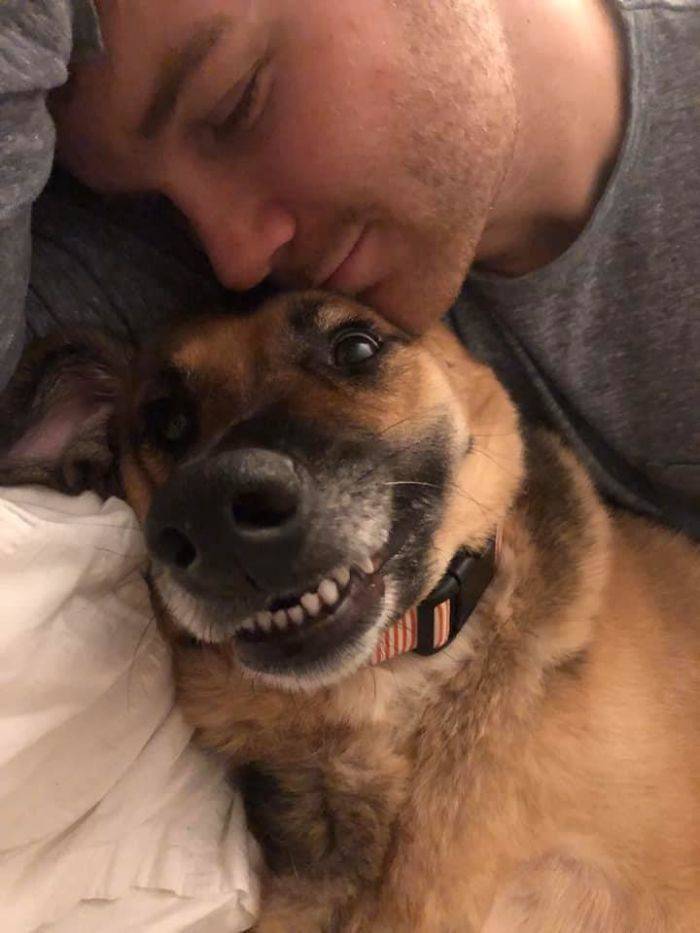 Austin believes that renters with pets and landlords can better their relationships but it would need to begin with shedding the stereotype that comes with breeds such as German Shepherds, Pit Bulls, Rottweilers, etc. “Some of the sweetest dogs I’ve been around are dogs that are labeled as an ‘aggressive’ breed,” he said. 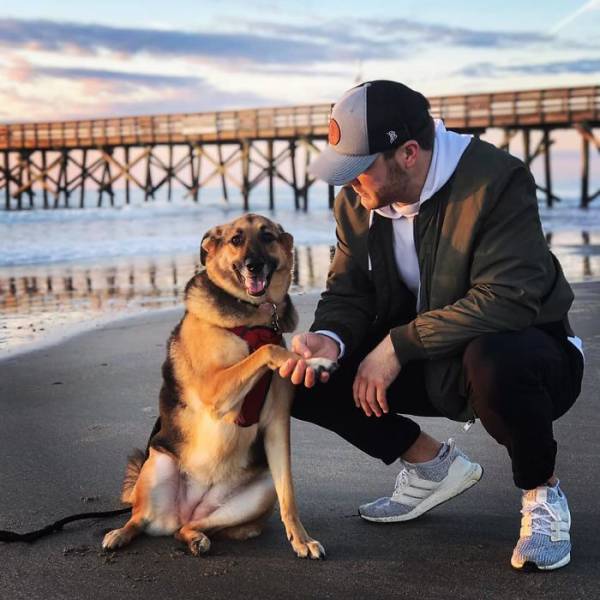 “However, I also understand rental properties needing to protect themselves from potential liability involving incidents with tenants and their pets. So, it’s an issue that’s definitely not as simple as being black and white, and until the stereotypes around these breeds are gone, I don’t see it changing anytime soon. Just thankful for the rental properties that do allow these breeds to accommodate for pet owners like myself.” 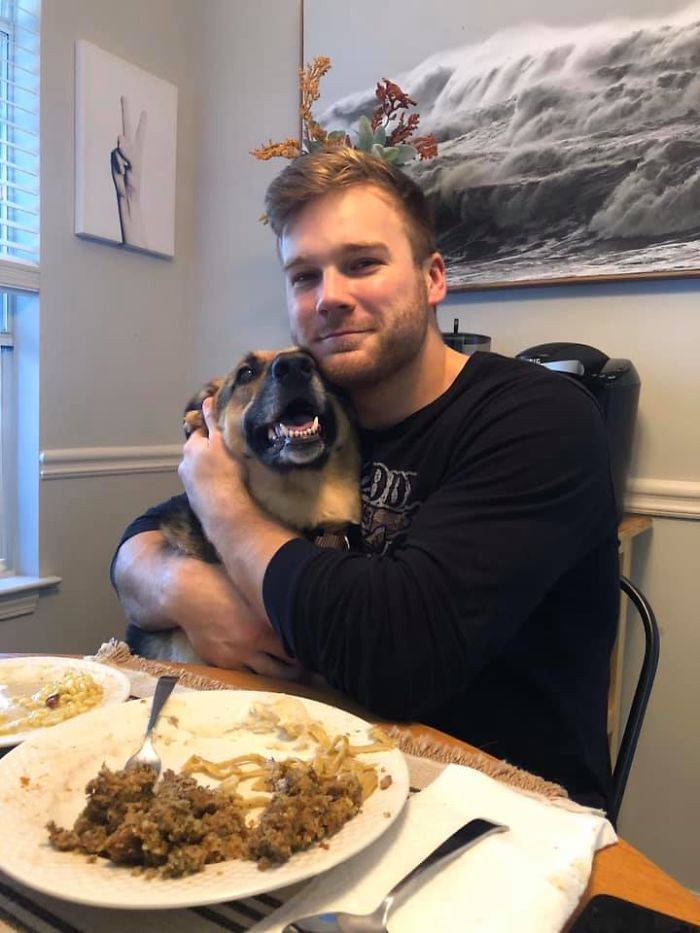 For those who want to read more on the subject, The Humane Society of the United States provides a comprehensive guide for renters with pets to find housing and resolve issues with landlords. 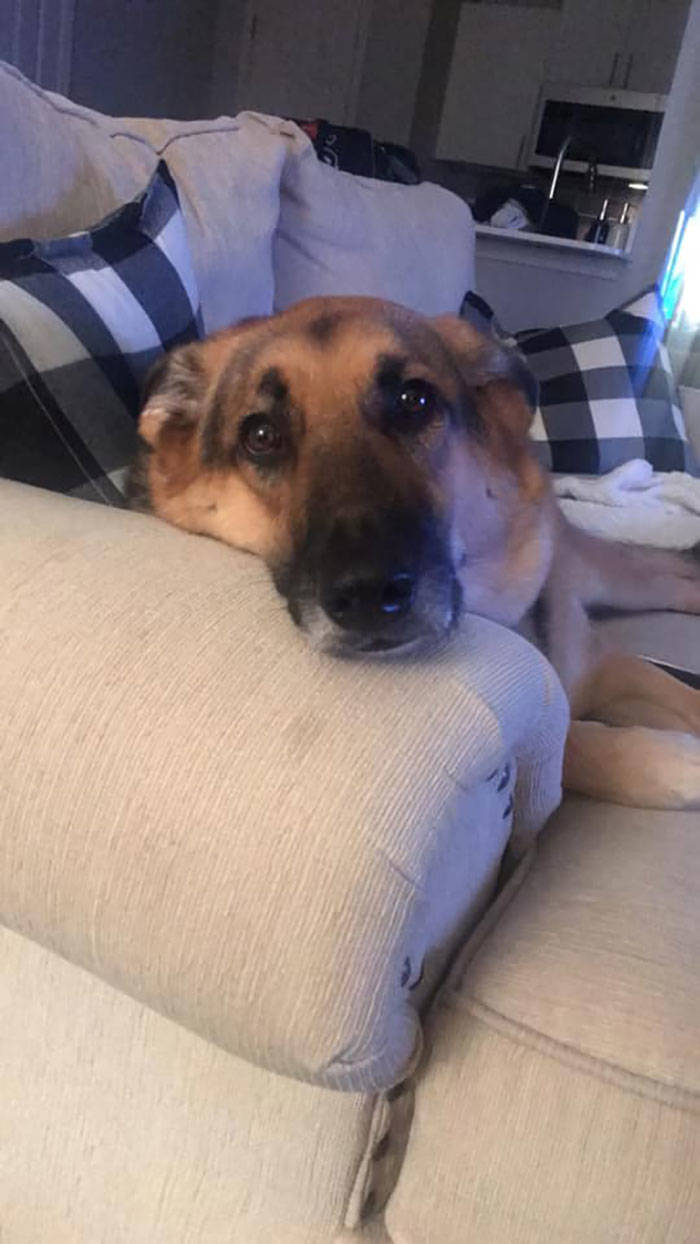