These Photos Were Their Last (14 pics)

Kris Kremers and Lisanne Froon took this selfie while on a hike in Panama from which they never returned.

The two Dutch tourists were visiting Panama and were supposed to go on a hike in the jungle with a tour guide, but for some reason, the girls decided to go by themselves a day early. They never returned from the hike. A backpack containing their clothes, a passport, their cell phones, and a camera was recovered several weeks after they disappeared. The camera contained 90 disturbing shots taken in the middle of the night. 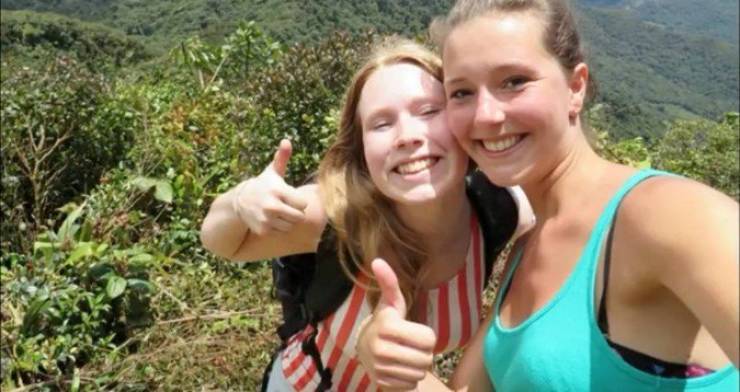 Archduke Franz Ferdinand with his wife on the day they were assassinated by Gavrilo Princip on June 28, 1914. 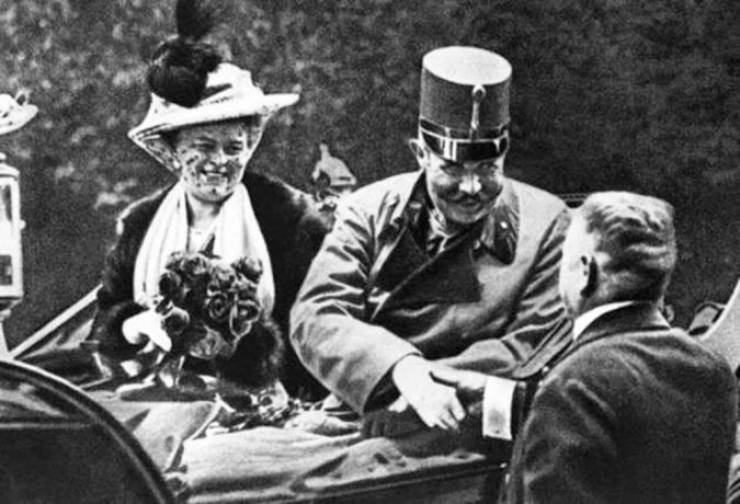 Two friends posted this selfie on Facebook. Later that night the girl on the left strangled her friend with the belt she is wearing in the photo.

Cheyenne Antoine claims she has no memory of strangling her friend Brittney Gargol after a night of heavy drinking. However, Gargol’s body was found next to the belt Antoine is wearing in this photo. Antoine pleaded guilty to manslaughter and was sentenced to seven years in prison. 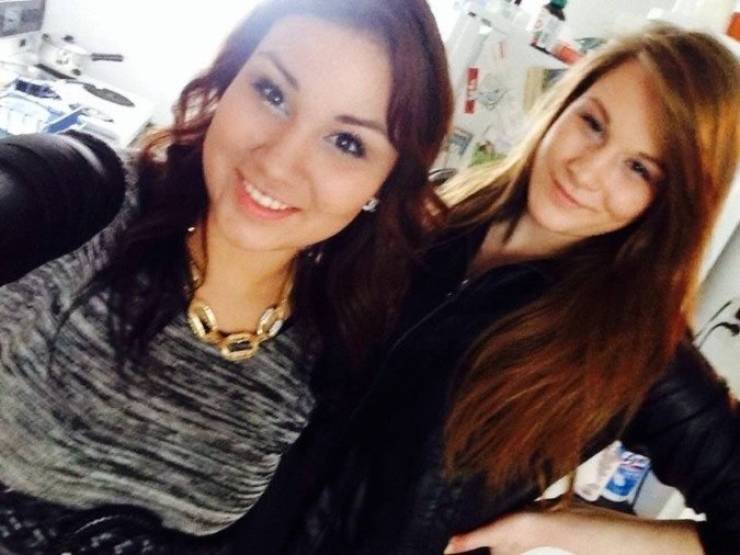 Minutes after this photo was taken, this Vietnamese woman and her children were killed by US soldiers in the My Lai Massacre.

Between 347 and 504 unarmed Vietnamese civilians were killed by US soldiers in South Vietnam on March 16, 1968 in the My Lai Massacre during the Vietnam War. The soldiers shot women, children, pets, and livestock during the massacre. Only one soldier was ever convicted for the horrific war crime. 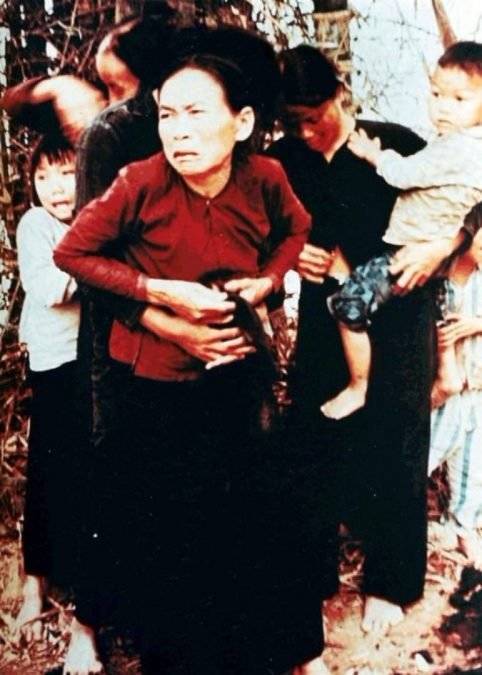 A serial killer took this photo of his victim Regina Kay Walters moments before her death.

Regina Kay Walters, a 14 year old girl from Illinois, was killed by serial killer Robert Ben Rhoades, known as The Truck Stop Killer. It is believed he murdered and raped over 50 women before being convicted. Rhoades kidnapped Walters and her boyfriend, Ricky Lee Jones. He killed Jones right away, but it is believed he kept Walters for several weeks before killing her in an abandoned barn. 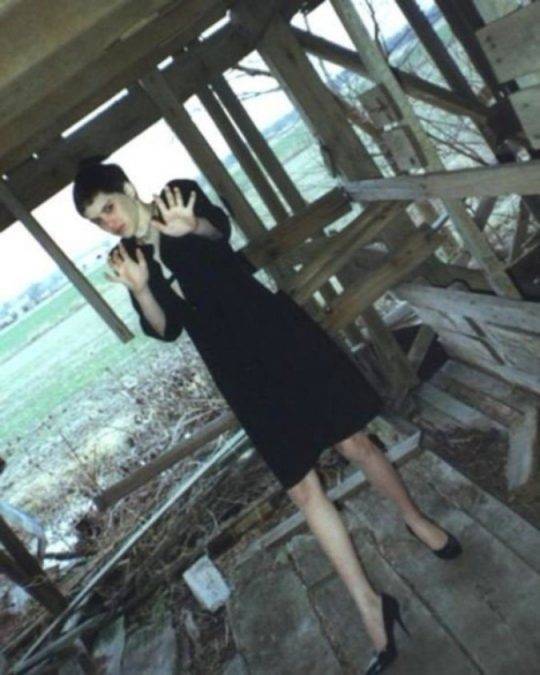 Cherise Perrywinkle, 8, is led out of a Walmart by her murderer

Cherise Perrywinkle was shopping with her family in a Dollar General when a man, Donald James Smith, approached them and offered to buy them clothes. The family went with him to Walmart, where he then offered to take Cherise to a McDonalds to get a hamburger but instead abducted and murdered her. Her body was recovered shortly after. 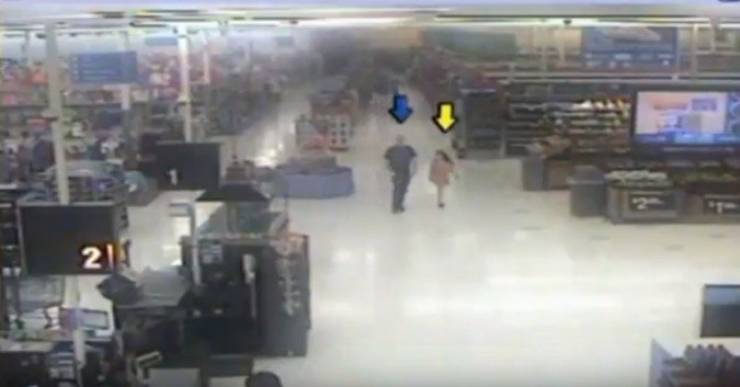 Sydney Loofe posted this image to social media before being strangled on a Tinder date.

The man who killed her, Aubrey Trail, falsely claimed the death was “an accident that happened during a five-way sexual encounter gone wrong,” though there is no evidence that suggests this was anything other than murder. 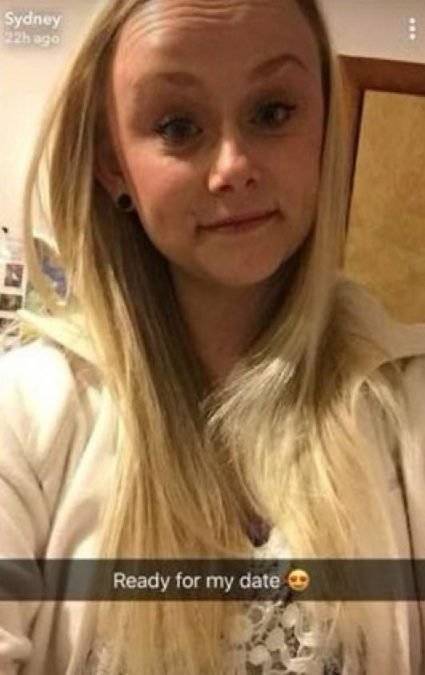 Final photograph of Jolee Callan before her ex-boyfriend shot and killed her and then pushed her off a cliff.

Eighteen year old Jolee Callan went for a hike with her exboyfriend in the mountains of Alabama. Her boyfriend shot and killed her then threw her body over a cliff, after posting several photos of her on Instagram including this one. He turned himself in the same day, and insisted that the two had a suicide pact that he was unable to complete after killing Jolee. Her family disagrees. He was sentenced to 52 years in prison. 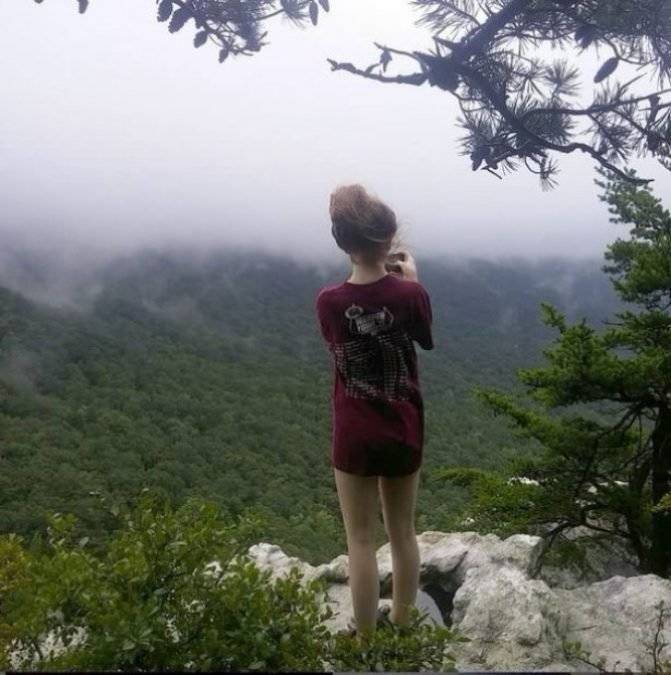 The last picture taken by Reynaldo Dagsa, who inadvertently captured the face of his assassin moments before he was shot and killed

Reynaldo Dagsa was a Filipino politician who specialized in antagonizing violent gangsters. Like Begnino Aquino before him, Dagsa would be made to pay for making enemies. This picture, taken just after midnight on New Year’s Day, 2011, shows Dagsa’s family celebrating the holiday. It also shows a man named Arnel Buenaflor jumping out of his car and firing the shot that would kill Reynaldo, who was taking this picture. 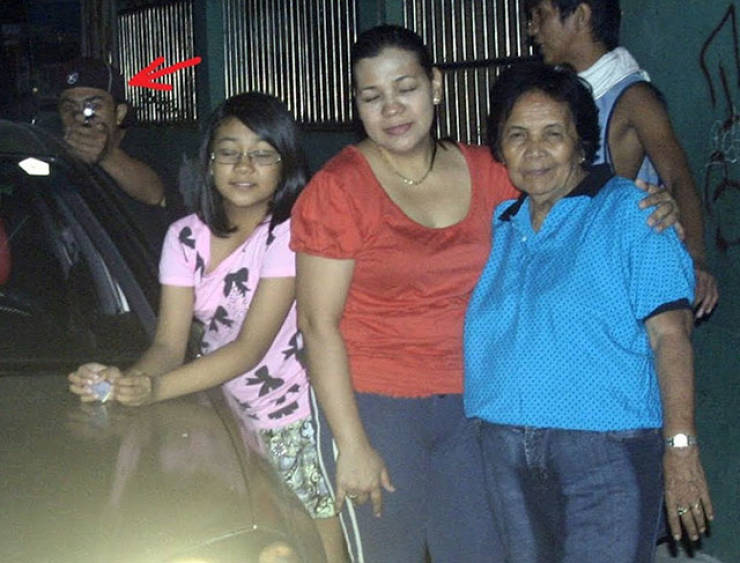 The Crew Of Space Shuttle Challenger On Their Way To Board. Challenger Broke Apart 73 Seconds Into Its Flight, Killing All Seven Crew Members 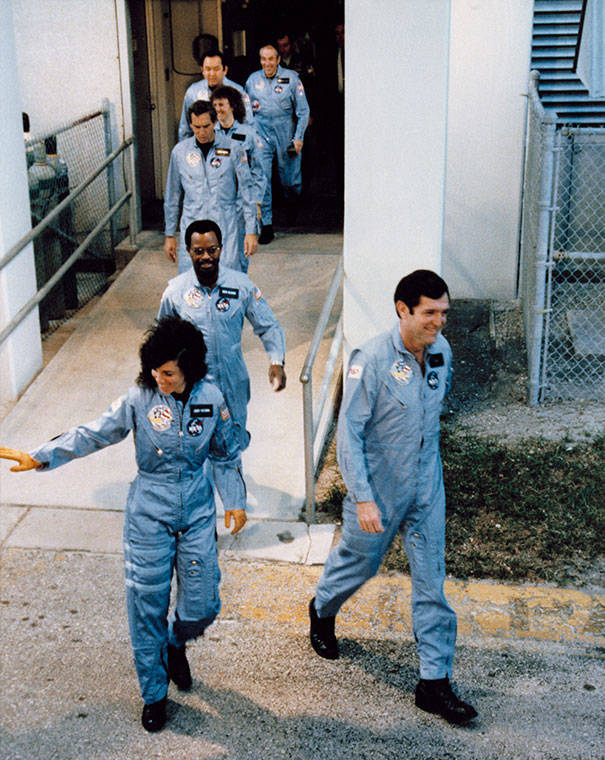 This still from video news coverage shows one of the last ever images of police officer Steven Green, shortly before he was stabbed to death by the suspect on the right. 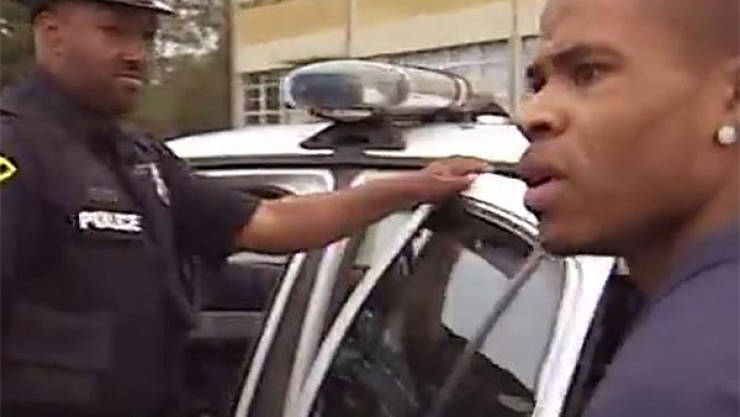 In 1853 a man named Joseph Avery can be seen desperately clinging to a log in the middle of the Niagara River. Avery was part of a group of three men that were boating along the river, their vessel losing control in the strong current and smashing into a rock.

Avery’s two companions were carried straight to their death over the waterfall, but Avery was able to scramble onto a log that was caught between two rocks. After holding on for eighteen hours, Avery managed to climb onto a rescue boat that was guided downriver. Unfortunately, the boat capsized almost immediately, tossing Avery straight into the river and over the falls. 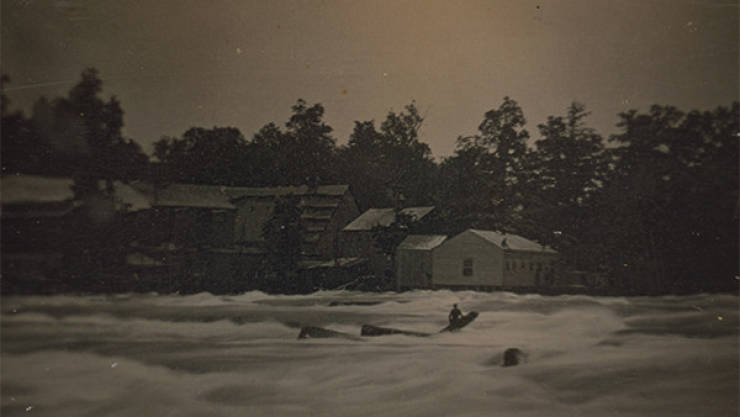 After this photo was taken, a wave hit their boat, knocking everyone on board off the boat and into the water. Franco drowned. 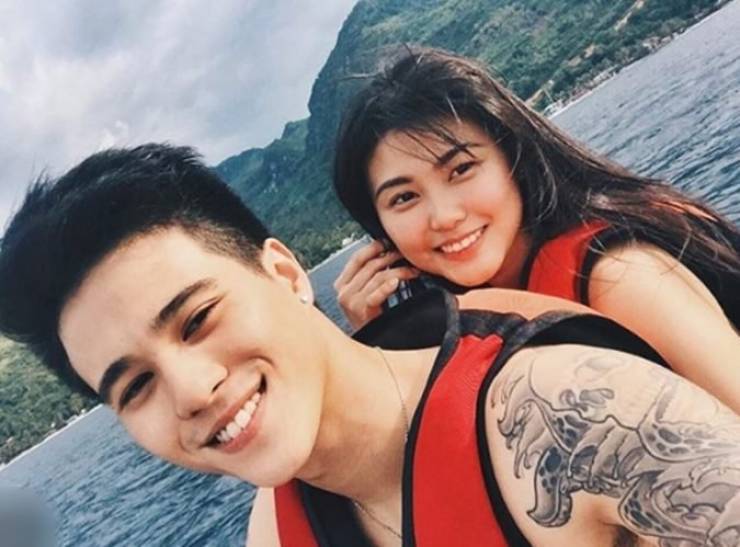 Lance Calvin Buckley with his wife and daughters this Halloween. Three weeks later he murdered all three, then killed himself. Article in comments 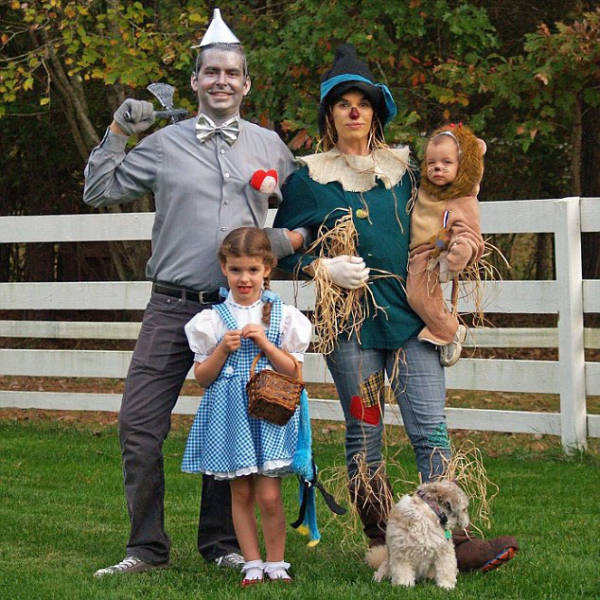 Little 1 year ago
... Its time to make internet cemeteries, where pages of the deceased people can be visited by scions.
Reply
2

Raccoon 1 year ago
#1. Speculating on the 90 nights shots, which are not graphic and viewed on another site: trying to see in the dark, or signal and hope someone sees? They are all shots near or around them.
Reply
1

Hello 1 year ago
Sad, but good to be aware of some of what can happen if you let your guard down. Stay frosty everywhere no matter who you are with.
Reply
-2

Tourist 1 year ago
No one forgot, Carwash.
Reply