Dakota Fanning and her sister Elle
1 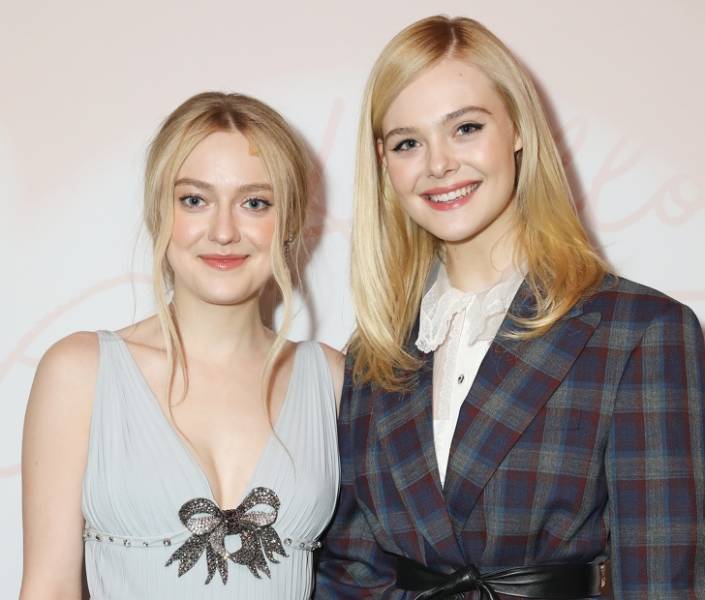 The age difference between the 2 celebrity sisters is 4 years. Both young ladies are successful actresses. Elle is known by many for her recent role as Aurora in the Maleficent film series. She also sings and works as a model. Aren’t they charming? 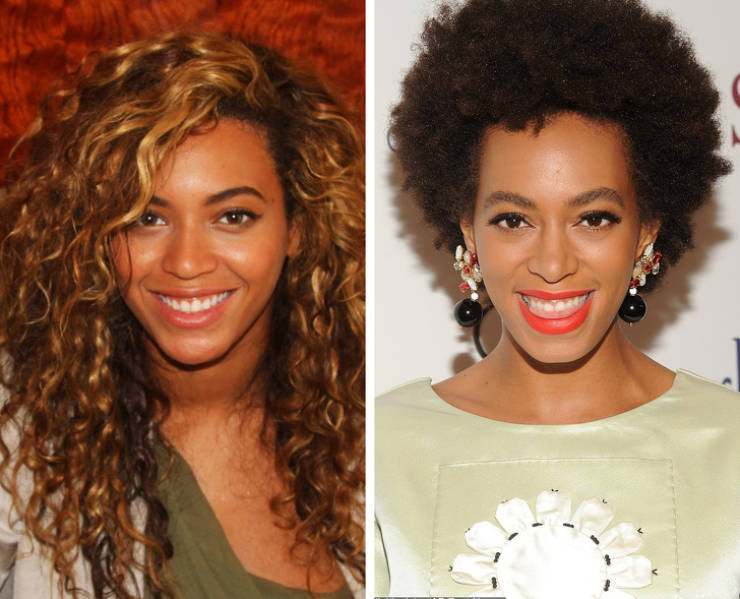 Beyoncé’s younger sister Solange is 5 years younger than her celebrity sister. She used to be a backup dancer for “Destiny’s Child.” She also sings, writes songs, and acts. Both girls look stunning and gorgeous and are successful artists.

Miley Cyrus and her sister Noah
3 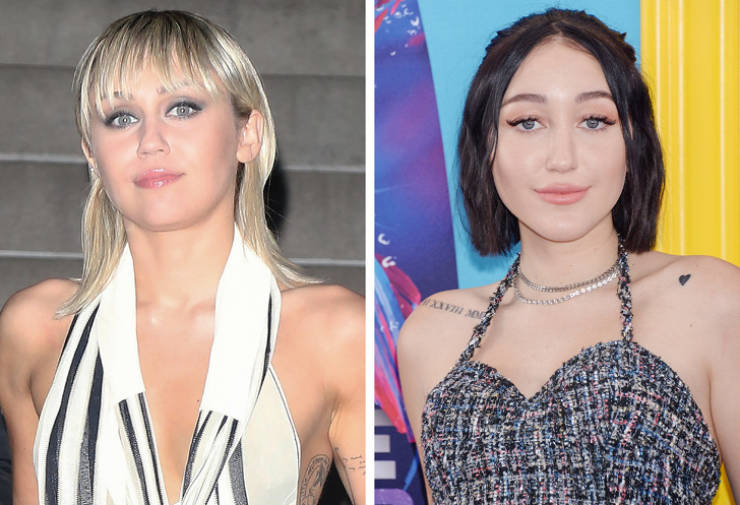 Miley has 2 siblings with whom she has common parents, and 3 more half-siblings from her parents’ first marriages. Noah (the one in the photo on the right) is her youngest sibling and the age difference between them is 8 years. Just like her sister Miley, Noah sings, writes songs, and acts in movies.

Chris Evans and his brother Scott
4 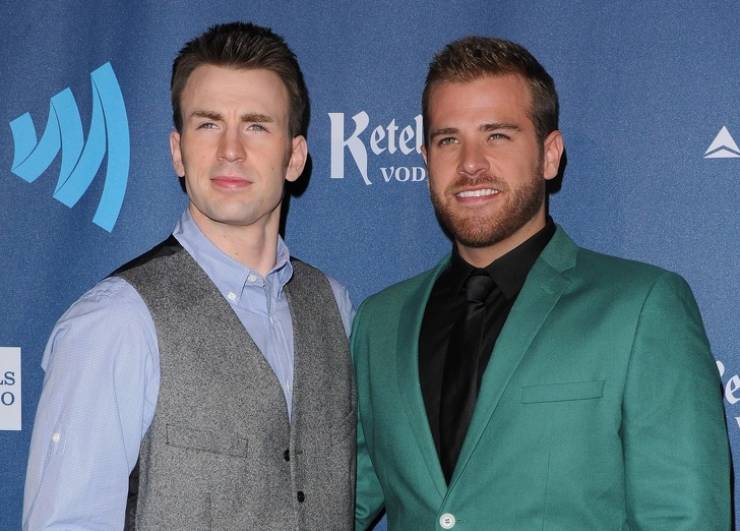 Chris has 3 siblings — apart from his younger brother Scott, he also has an older sister named Carly and a younger sister named Shanna. Scott (the one on the right) is also an actor. He is known for his role in the soap opera One Life to Live where he played police officer Oliver Fish. 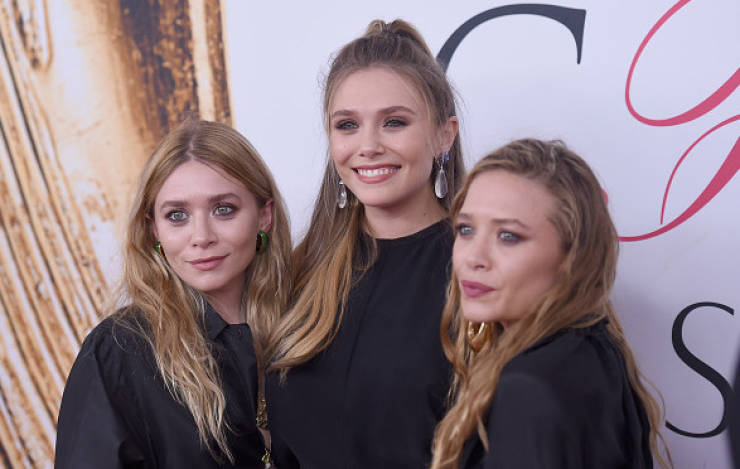 Scarlett Johansson and her brother Hunter
6 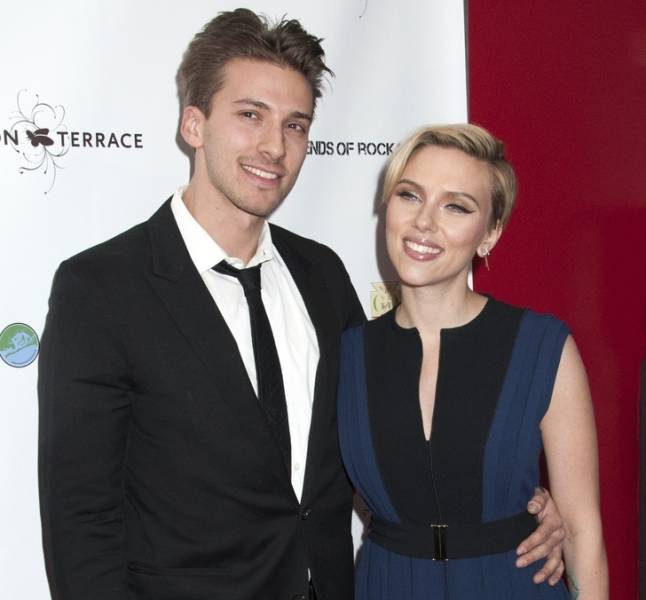 Scarlett’s twin brother Hunter acted in the movie Manny & Lo together with his famous sister, father, and older sister Vanessa. Scarlett also has another older brother named Adrian and an older half-brother, Christian.

Zac Efron and his brother Dylan
7 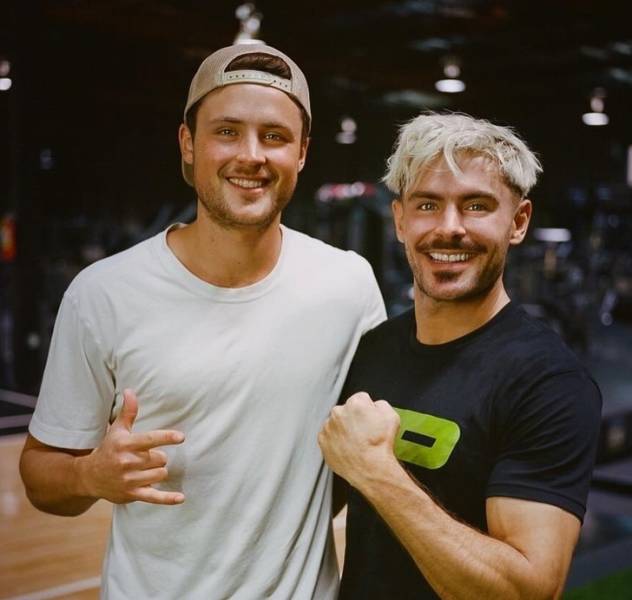 Zac says that he and his brother Dylan had a “normal childhood” in a middle-class family. They have a good relationship and can be seen together quite often. Both are handsome and attractive, just look at their eyes.

Adam Levine and his brother Michael
8 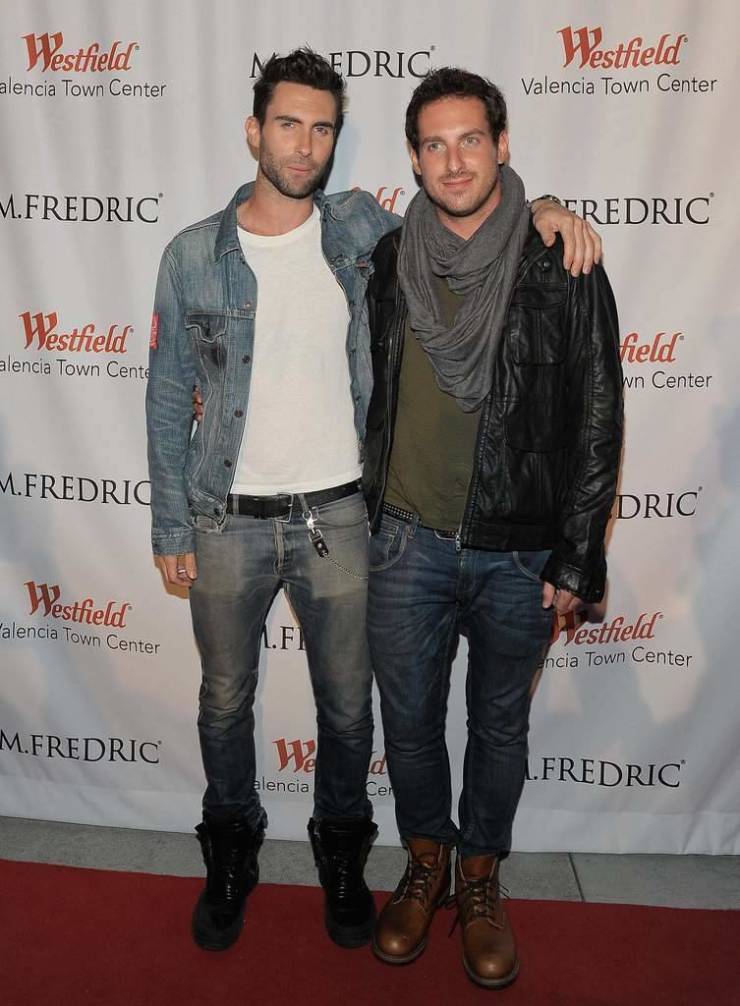 The frontman of “Maroon 5” has a brother named Michael (the one in the photo), 2 half-siblings Sam and Liza, and step-sister, Julia. It seems that Michael is even more attractive than his famous brother, isn’t he?

Blake Lively and her brother Eric
9 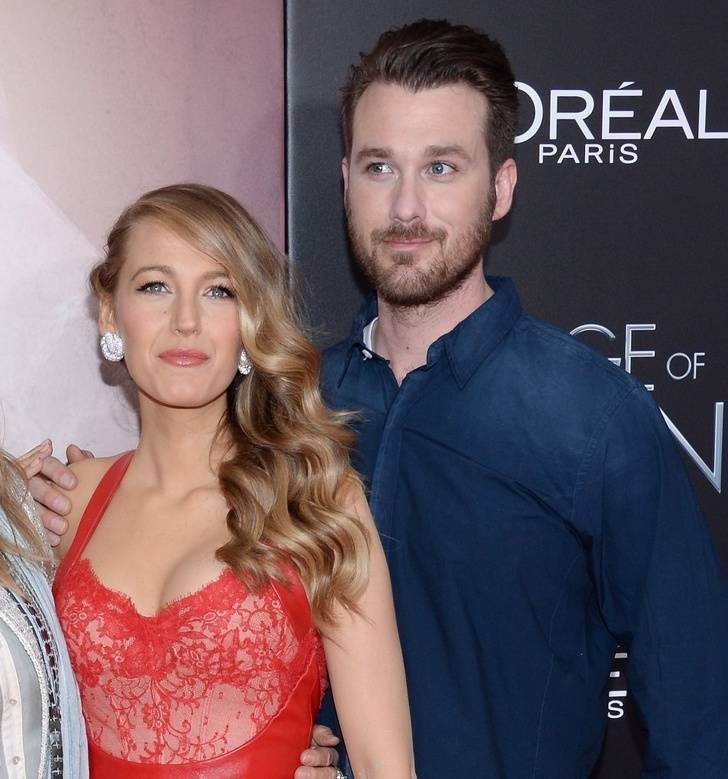 Blake’s older brother Eric is an American actor. In 2009, he also appeared in Pink’s music video

“Please Don’t Leave Me” as her on-screen boyfriend. They also have 2 half-sisters and a half-brother.

Kate Middleton and her sister Pippa
10 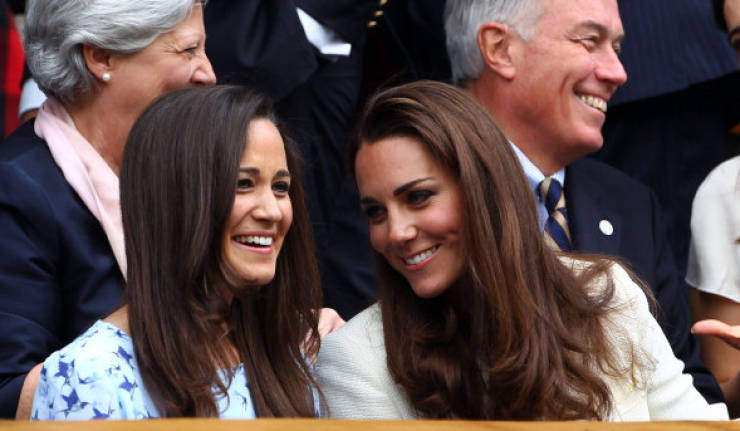 Apart from Pippa (Philippa), Kate also has a younger brother named James. Pippa has worked as a promoter of luxury goods, and later she got involved in event management. She has also worked as an editor and columnist. Just like her sister, Pippa gets a lot of attention from the media.

Rooney Mara and her sister Kate 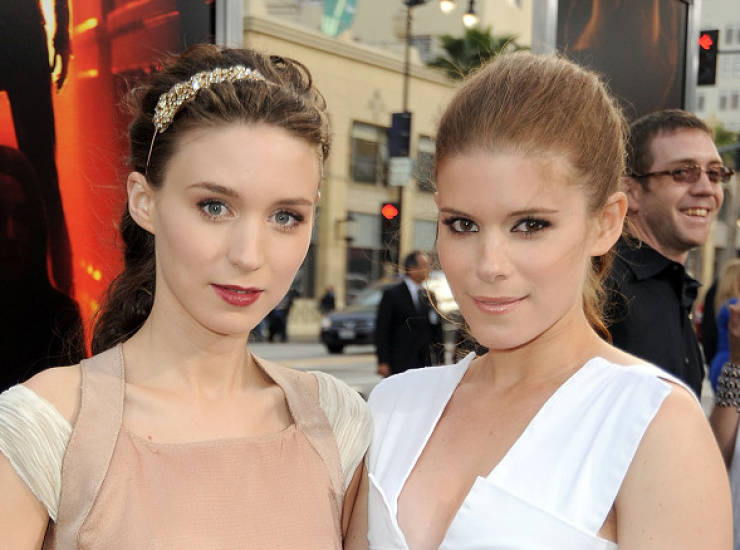 Rooney Mara (left) and her sister Kate Mara (right) are both actresses. Kate is known for her role as reporter Zoe Barnes in the political drama House of Cards by Netflix. She had also appeared in movies like Brokeback Mountain and The Martian. The Mara sisters also have 2 brothers, Daniel and Conor.

Taylor Swift and her brother Austin
12 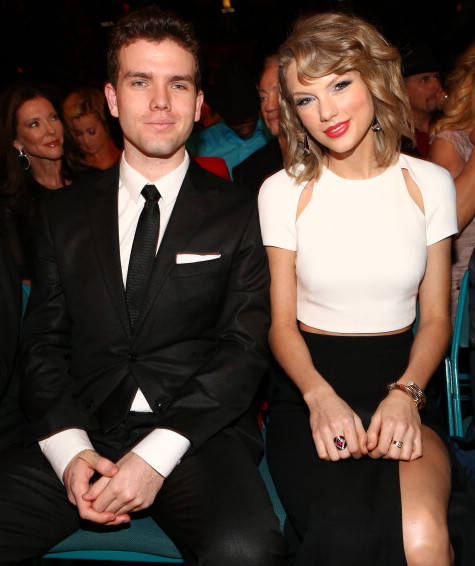 Austin Kingsley Swift, the younger brother of Taylor, is an American actor. You can see him in movies like We Summon the Darkness, I.T., and Still the King TV series.

Gigi and Bella Hadid and their brother Anwar
13 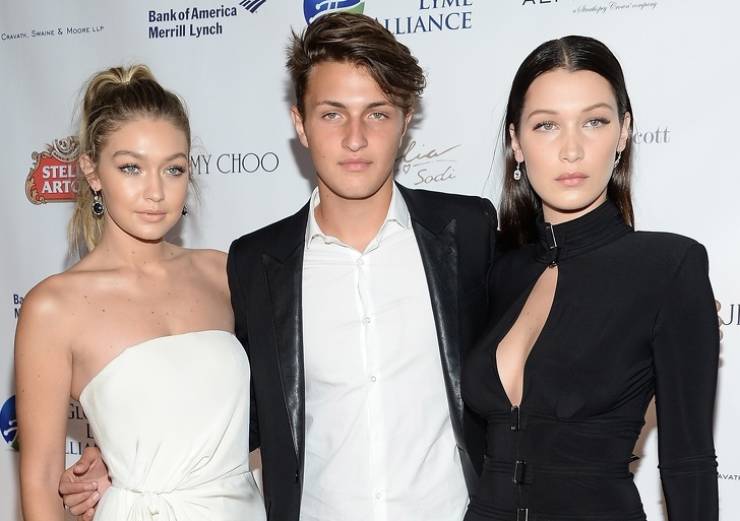 American models Gigi and Bella have a brother named Anwar who is also a fashion model and TV personality. Anwar was named the face of Hugo Boss Menswear’s HUGO line in 2017. The Hadid siblings also have 2 older half-sisters.

Harry Styles and his sister Gemma
14 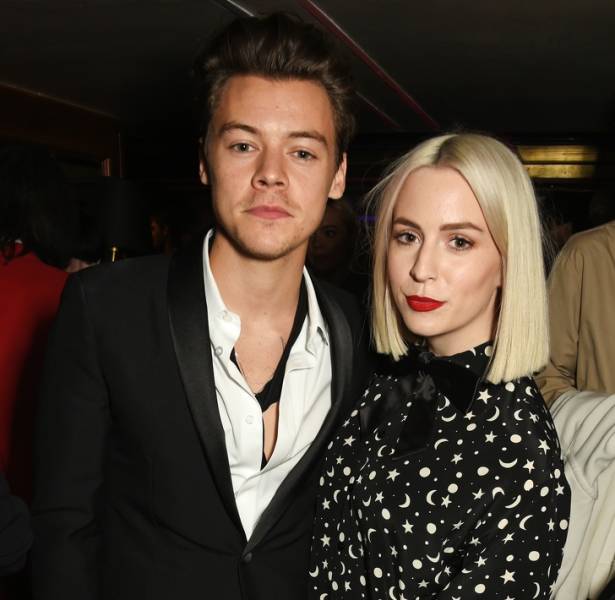 Member of the boy band “One Direction,” Harry has an older sister named Gemma as well as a stepbrother, Mike, and a stepsister, Amy. Gemma sometimes appears with her celebrity brother at public events and always looks gorgeous.

Chris Hemsworth and his brothers Luke and Liam
15 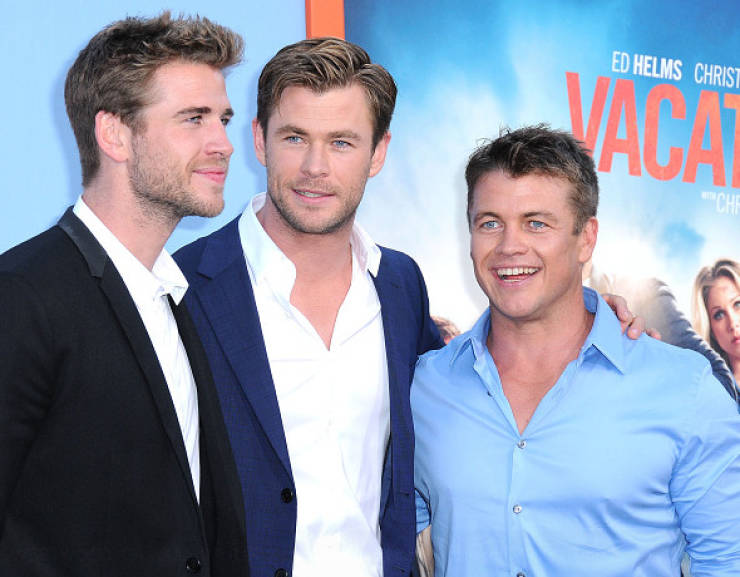 Can you tell which of these 3 handsome guys is Chris? Yes, the right in the center. Liam and Luke are also actors. Liam acted in The Hunger Games film series, while Luke can be seen in series like Westworld and Neighbours.