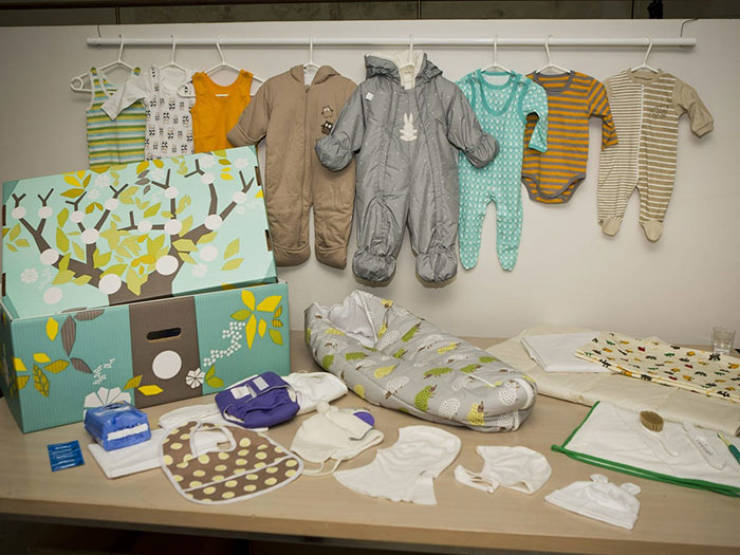 The maternity package, or the baby box, as it is colloquially referred to in many parts of the world, is a kit for new parents that contains all of the essentials that the baby will need during his first year on Earth.

It contains a vast number of baby clothes as well as care products and materials.

Among all of the clothing, there’s a snowsuit that doubles as a sleeping bag, lightweight overalls, caps and balaclavas, onesies and jumpsuits, tights, mittens, and socks, all of varying sizes to compensate for the baby’s rapid growth throughout the year. 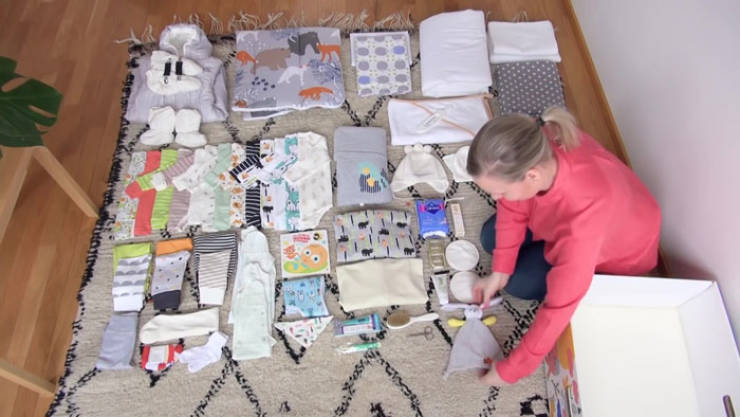 The contents also include a separate sleeping bag and blanket, bedding and linen, pocket nappy, towel, feeding and drooling bib, a child’s first book, and a cuddly toy that doubles as a comfort blanket.

There are even personal care products for mothers, like bra pads, nail scissors, a toothbrush, a digital thermometer, talcum powder, nipple cream, condoms, lubricant, sanitary towels, a bath thermometer, and a hairbrush.

Best of all, the box that all of the environmentally-friendly baby essentials come in doubles as a bed lined with a cushion for comfort. This amounts to a total of around 60 items, which are updated yearly based on client feedback.

Each kit comes with all of the essentials for the baby’s first year: clothing, care products, materials and toys 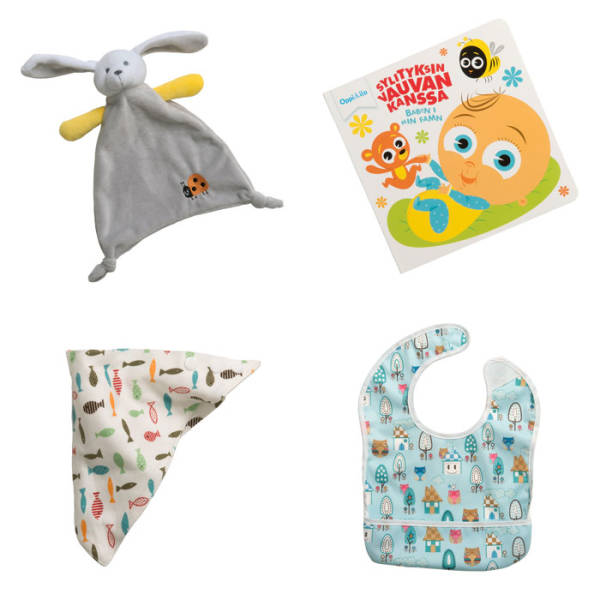 While Kela, the government institution responsible for the baby box program, has not made the package commercially available as it is solely a benefit offered under the Finnish social security system, companies like The Finnish Baby Box have come out with their own versions of the maternity package that are available for parents outside of Finland.

Back in 1937, the Finnish government enacted the Maternity Grants Act in response to declining birth rates and increasing infant mortality. The act guaranteed financial and material aid to low-income mothers, either in the form of money or the maternity package. A bit over 10 years later, the benefit was expanded to include all new mothers.

Alternatively, instead of getting the baby box, new moms can also go for a €170 government grant 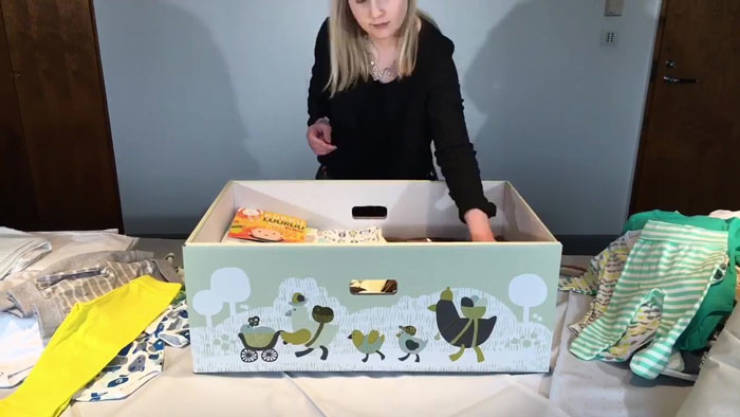 According to Kela, around 60,000 maternity grants are given out each year, with about 40,000 being in the form of a maternity package. The remaining third choose the tax-free cash benefit, which currently amounts to €170 (almost $185 US dollars). 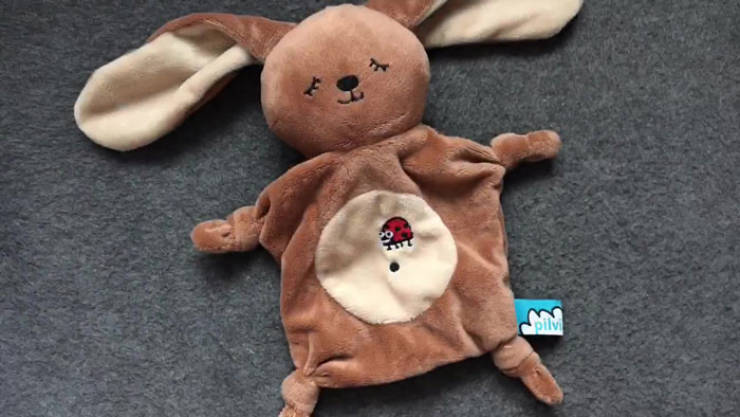 Commercial baby box companies came under fire some time ago for a lack of proper health and safety certification standards. Besides that, they were seen as attempting to incorporate the concept of the baby box in countries that have different social welfare systems, while the original maternity package offered by the Finnish government is provided as an inherent part of the nation’s social welfare system and should be taken advantage of within its context.

While Finland is the pioneer of the baby box and has been providing its citizens with this service for over 80 years now, a number of other countries have started following in its footsteps. Parts of Australia, Scotland, and the US, as well as the earliest adopter in this list, Argentina, have all come out with their own version of the government-funded maternity package.

The 2019 edition of the maternity package provided by Kela contains 63 items, which you can see in this video

Action 5 month s ago
@Photo, did you manage to read any of the words? You would know why they did it.
TLDR? Finland has an infant mortality rate of 2.5 deaths per 1000 live births as opposed to a magificent 5.9 per 1000 in the USA. Bravo [email protected]#kwit.
Reply