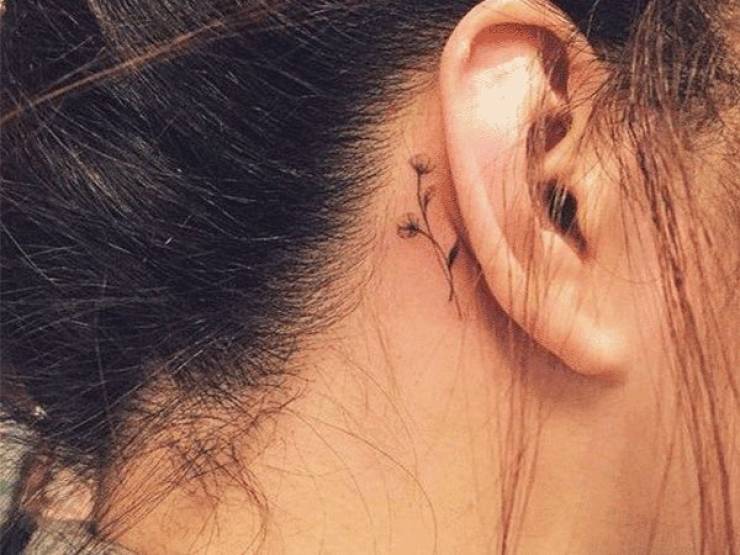 “Tattoos behind the ears make it look like you have really dirty ears from a distance.” “I judge those with Harry Potter ‘Always’ tattoos and the Deathly Hallows symbol. Severus Snape is a trash man who didn’t deserve Lily Potter, so he can take his ‘Always’ and shove it up his bu##.”

“A lot of people think tattoos are unprofessional, but I think they’re wrong. They’re an expression of the person, not a lapse of judgment or of something irresponsible.” 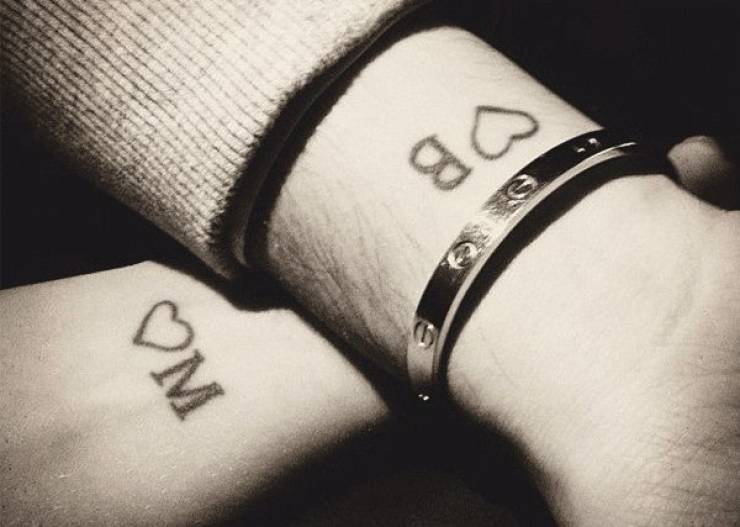 “I just CANNOT support couples who get matching tattoos, especially if they’re not even married. How are you supposed to explain the initials of your ex to someone else you’re seeing?”

“I know a lot of people don’t like them, but I think neck and hand tattoos are sexy as hell.”

“I think it’s pointless to get a tattoo that a lot of other people have. Why would you want an exact copy of another person’s tattoo, when you can just as easily have the artist draw up something for you that’s totally unique?” 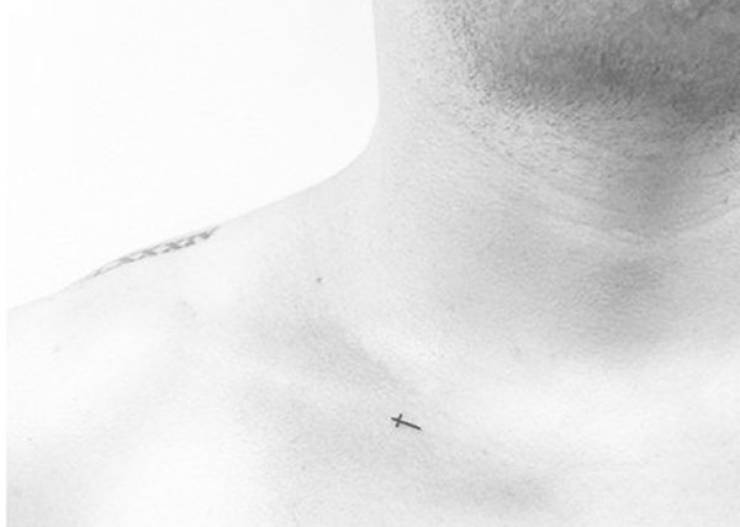 “Don’t. Get. Micro. Tattoos. They look amazing, and I love them… right now. But in five years, that tiny, delicate flower with so much detail will just look like a blur.”

“Face tattoos won’t ‘ruin your life,’ like a lot of people claim. I have a face tattoo, and it’s never hindered my ability to get a job.

If you’re in the right profession to get a face tattoo then go for it! Even if you’re not, a small one and some good quality tattoo covering foundation for work means you can still go for it! Your body is a temple, so why not decorate the walls?” 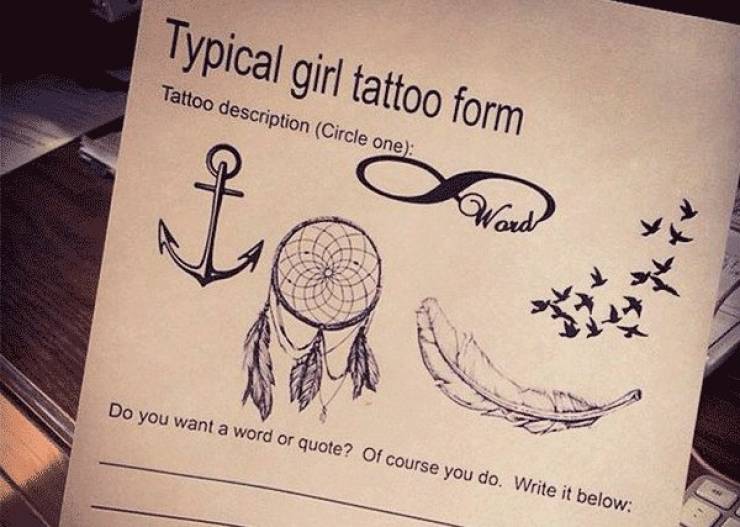 “A lot of people give other people crap for this, but I don’t think there’s anything wrong with getting a ‘basic’ tattoo. If you want an infinity symbol or an anchor, don’t feel shameful. You don’t need a deep meaning to justify getting a tattoo that isn’t the most unique.”

“A lot of people won’t agree with this first part, but you should never get a tattoo because you want a tattoo.

Instead, you should get a tattoo because you want THAT tattoo.”

“Tattoos are better when there’s no meaning behind them.

Some people get so hung up on what their tattoo should mean, and they kinda force it. Even worse, they often get something meaningful that means the same thing to everyone. Like, getting a koi fish because they go against the current, or getting a Phoenix because you’re rising above something. Just say you think it looks cute, and go lol.” 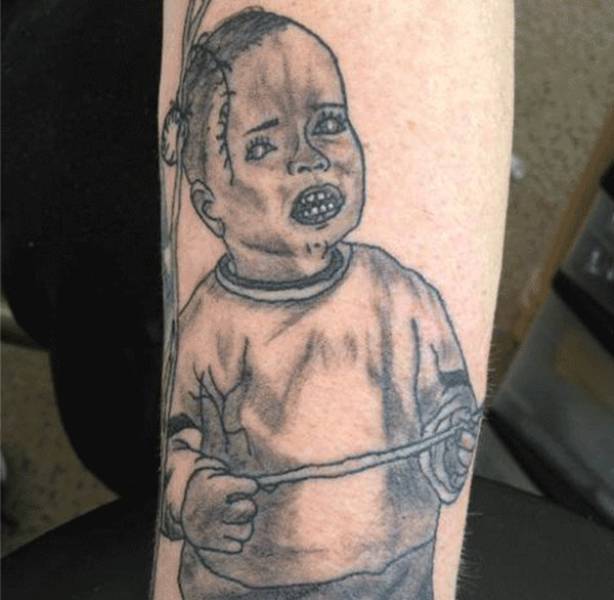 “Getting faces (even realistic ones) as tattoos is actually pretty creepy. It’s like having someone’s face staring at you from someone else’s flesh.”

“Tattoos aren’t for everyone, and a lot of people who get them probably should have just paid for a painting of the same image instead.

I say this as someone who has a tattoo! I kinda wish I had never gotten mine because I change my mind too much. Instead, I wish I bought a piece of art to memorialize something rather than having it inked on my body.” 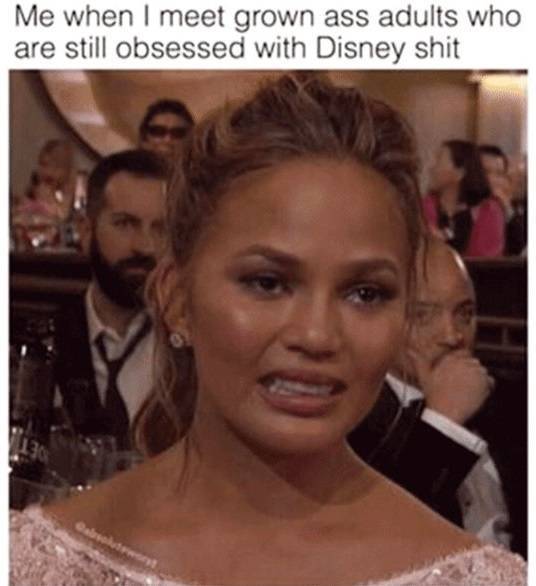 “Disney tattoos are usually indicative of a certain type of person, and whenever I see one it makes me want to head for the hills.” 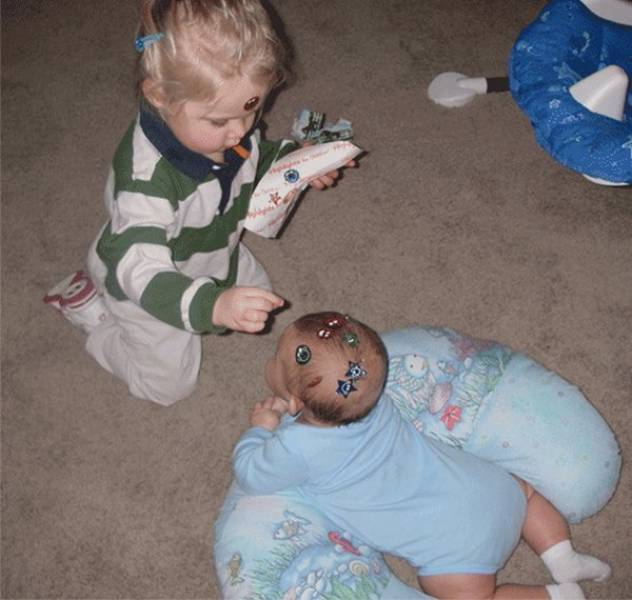 “I don’t see the point in having small tattoos randomly placed all over your body, especially when they have nothing to do with each other. It reminds me of a toddler who got into a sticker pack.”

“Portrait tattoos of celebrities are weird as hell. I’ve seen fantastic ones, but I think it’s strange to get a realistic portrait of a stranger tattooed onto you.” 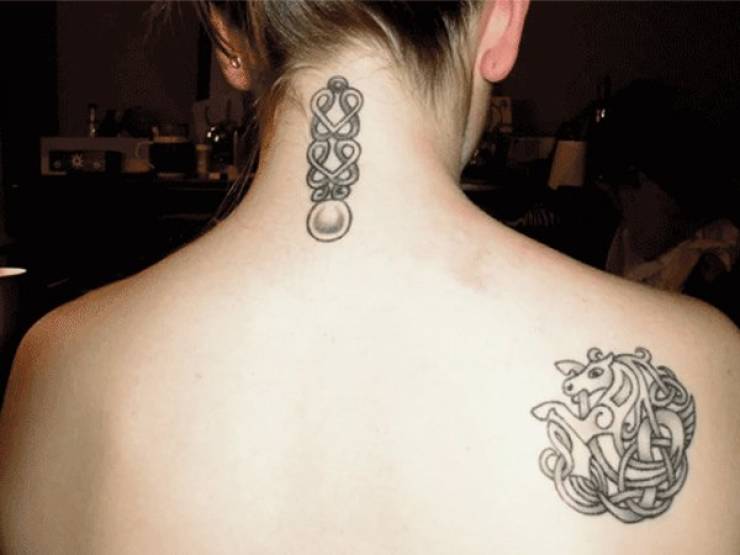 “I don’t think you should be able to get tattoos in a location on your body that you can’t see every day. What’s the point of getting a cute tattoo if you can’t even see it to admire the art?”

Bride 5 month s ago
These opinions are only unpopular with those who get tatoos.

Million 5 month s ago
I tend not to trust people with tattoos. There's another unpopular opinion to add to the collection.
Reply
1

Delicious 5 month s ago
I have random tattoos all over my body. I even let my friends tattoo my upper legs with my equiptment. (I'm a tattoo artist). I don't regret a single tattoo as every one reminds me of a fun day/night, with a souvenir I'll never lose. Sure, it's tasteless to some, but to me it's a collection of memories! Started when I was 16 and I'm 62 now!
Reply
1

August 5 month s ago
Love tattoos! Haven't got even one though...
Reply
3

Carwash 5 month s ago
Tattoos are a clear and obvious sign of mental illness.
Reply
1

Groom 5 month s ago
Branding the livestock serves a purpose, I guess.
Reply