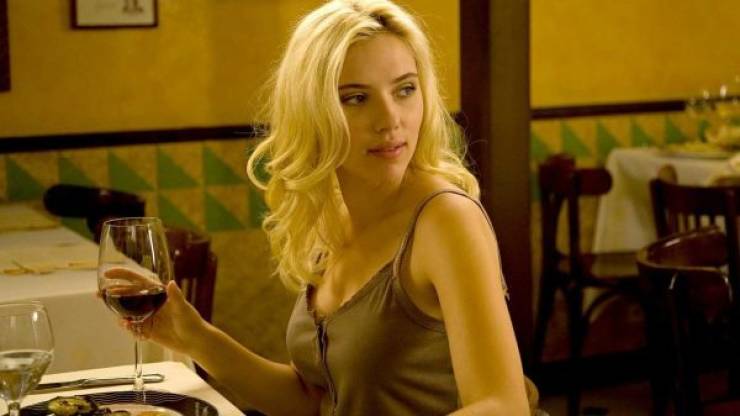 My friend spotted Scarlett Johansson in a bar in NYC a few years back. My friend was already a little drunk, so he goes up to her and says “You look a lot like Scarlett Johansson.” He says she just kind of stared at him until one of her friends told him to leave.

On a family vacation as a teenager we had a stopover in LA. My brother happened to see Jessica Alba get into an elevator with her bodyguard. In an adorable show of courage he went over to the elevator to try to talk to her. All he managed to say was “uhh….”

The bodyguard gave him an apologetic smile and hit the button for their floor, shutting the door in his face. I don’t think I’ll ever let my brother forget it.

When i was in school, one of my friends went to stand outside the premier of Alexander (Edit : Not Mr. and Mrs. Smith) hoping to see Angelina Jolie.

She was signing autographs for fans and when she got to him he kinda stuck his face out and she properly kissed him full on. It was even in some of the national newspapers. We would have been 17/18 at the time, so it was a pretty big deal.

My Dad slept with Daryl Hannah back in the 90’s. He was on a business trip flying cross country. Gets on the plane finds his seat. Daryl is sitting next to him. They make small talk.

Plane takes off, Daryl falls asleep. Her head slowly slides over until its resting on my Dad’s shoulder. Dad decides he’ll never get another chance, quickly rests his head on her’s and falls asleep. Dad henceforth claims he slept with her, which is true.

Not really trying to pick him up, but I tried unsuccessfully to joke with Jerry Seinfeld one time. He came in to the movie theater I worked at, and after much deliberation, ordered a box of Raisinettes and a bottle of water. Thinking I was being clever, I asked “Really? No Junior Mints?”

He just looked at me over the top of his million-dollar sunglasses, shook his head and walked away. I’m sure he was laughing on the inside though.

Kind of reverse and it didn’t happen to me, but it’s a true story: Friend in the movie biz gets in an elevator with with Jamie Lee Curtis. He says, “Hi Jamie Lee. We’ve met before.” Without hesitating she replies, “Oh, did I [email protected]#k you?”

I had a buddy flirt pretty with Paris Hilton while she was filming that reality show in Arkansas. She and Nicole Ritchie were out at a local bar with film crews rolling, and he just said “to hell with it” and walked over to her, struck up casual conversation, then peppered it with the flirting. It took around three or four minutes and they were making out. 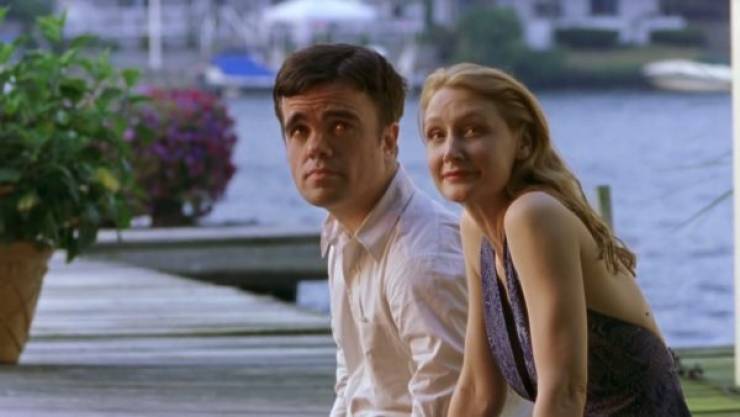 I used to tend bar in Rockaway, NJ. A film crew was in town filming scenes nearby for The Station Agent. All week the crew would come and hang out at my bar, have fun, dance around. They really were a good group of people. Good tippers too.

So imagine an empty bar. Patricia Clarkson comes in from the banquette room and sits down at seat number 2. Seat number one is empty and is right next to the service bar entrance. She lights up a cigarette and I am eyeing up my opportunity to sit down next to her. We had made small talk earlier in the week, so I felt comfortable and confident to do this.

I’m making my way over to seat one, when all of a sudden this tiny man walks over and climbs up on seat one. I got cockblocked by Peter Dinklage.

When the Avengers was being filmed here in Cleveland me and my mom went to go check out the site of the filming and right when we were able to get up the barrier to see the cast and crew Chris Evans, in full Captain America gear came out of this large tent, when my mom next to me shouts “Hey Captain, you have a cute butt!” Right after she said that he turned around and gave a big thumbs up to the crowd. Mom’s pretty smooth.

Probably a bit late, however, I used to live in Paul Rudd’s hometown, and my friend worked at a local, family owned Movie Theatre. I went to see a foreign film I dont even remember the name of, and I was the only one in the who got a ticket. I was [email protected]#tting at the counter with my friend and Paul Rudd walks in, gets his ticket to the same movie and walks in the theatre.

I Asked my friend “that was paul rudd, right?!” and he told me, “yeah, he comes in all the time when he’s in town to see his family” So I take my ticket, and watch the movie, a few rows behind him.

The movie’s over, we get up to leave, and he comes up to me and says “hey, thanks for not being weird and taking pictures of the back of my head” and I said “how do you know I didnt?!” We laughed. I told him he was pretty. He told me he was infact, handsome. The end. I failed. 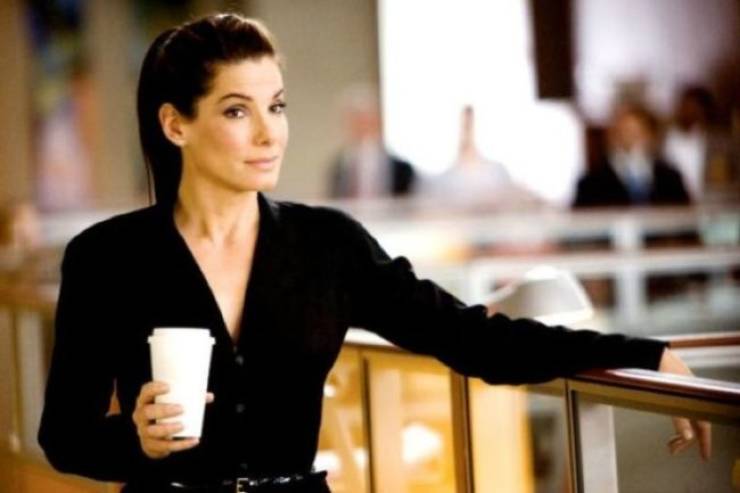 When I lived in Austin, Sandra Bullock offered me a drink. I said, “No thanks. I’m not thirsty.” She looked at me weird and walked away. That’s as close as I’ve ever gotten.

I didn’t flirt or pickup a celebrity buuuuuut I am told that I did have a religious experience with Carlos Santana. I wasn’t even a year old when my parents and their friends went to this music festival. They stuck my mom with me and ditched her to go see some other band. She said whatever and went to see Santana. She said that because she had a baby with her everyone in the crowd just let her go to the front of the stage. Finally she gets right up close to Carlos and he kneels down and blesses me. I’m basically a black magic woman now. 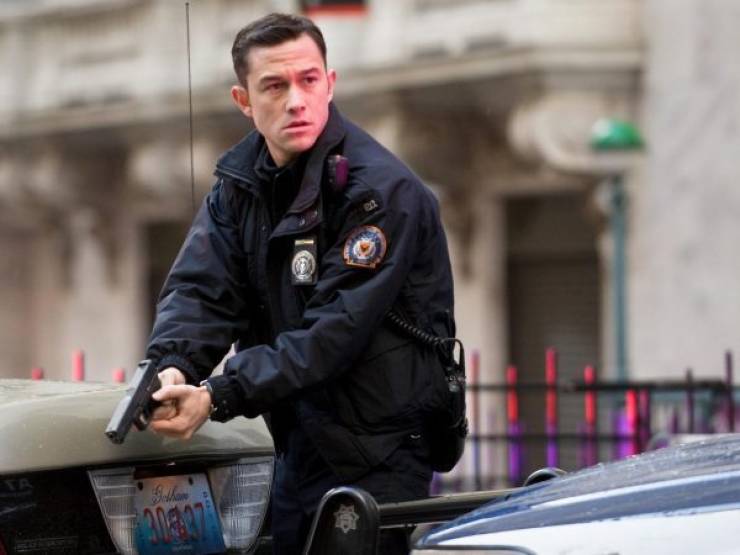 My sister-in-law “dated” (and by dated I mean banged a few times) Joseph Gordon-Levitt for a week or two before he left to England to film Dark Knight Rises. She went to his house and sent us a selfie with the two of them in it. Lucky [email protected]#h. 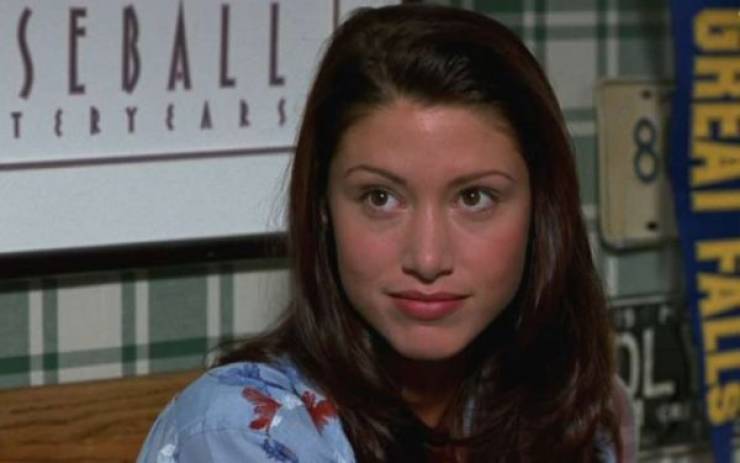 I shamelessly flirted with Shannon Elizabeth once. She was nice about it, but very gently let me know it wasn’t going anywhere.

I was at a comedy club in San Francisco many years ago. I was pretty drunk and pointed out a blonde to my buddy. “Hey man, she’s cute, I’m going to go talk to her.”. I sauntered over and made some chit chat. She was friendly and a few laughs were had.

Then my buddy came over and whispered in my ear. “Dude! Dude that is Tonya Harding.” She looked different all dressed up but after a couple closer looks…. he was right! ahhh. I did my best to chat a bit more and then said my buddy was waiting and I excused myself.

Charlize Theron once gave me the up and down look and a wink while walking through NYC once so I got that going for me.

Skier 5 month s ago
We are all just people...
Reply