Found in old house. Everything seems metal, with holes in the “fingers”. No power cord, no switch to be found. 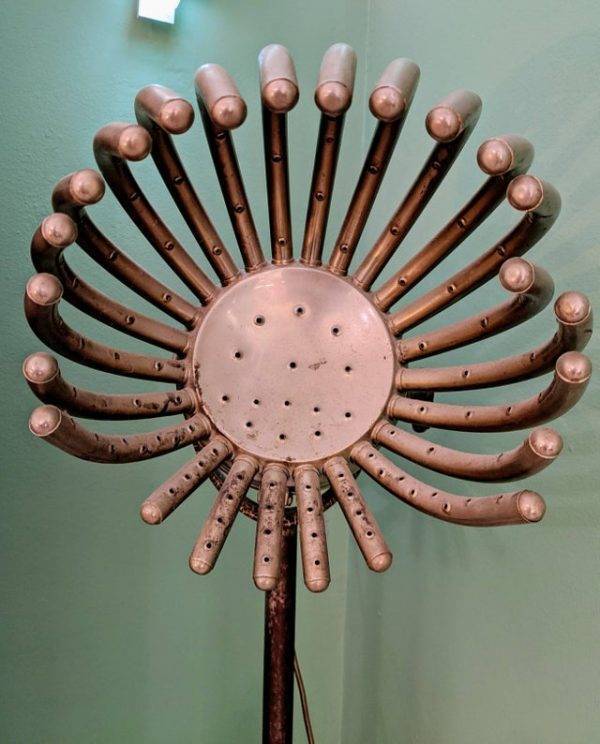 Found this at a space convention, any ideas? This was found on old farm land in Patuxent, MD. The locals say it has been there for over 70 years. The only markings on it are “No. 2” on one of the feet. Some think it is an old wood stove. 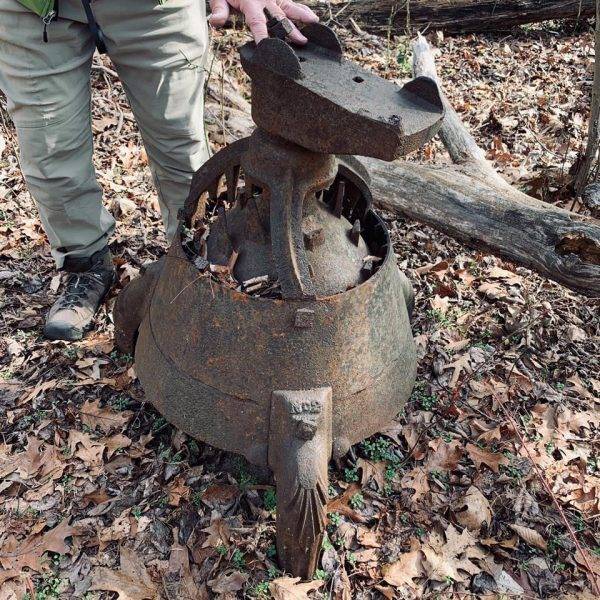 A: It is a horse powered grinder for grain!

Bought at thrift store and used it as ashtray, but perhaps its meant for some other use? No markings on bottom. Handle is made of wood. 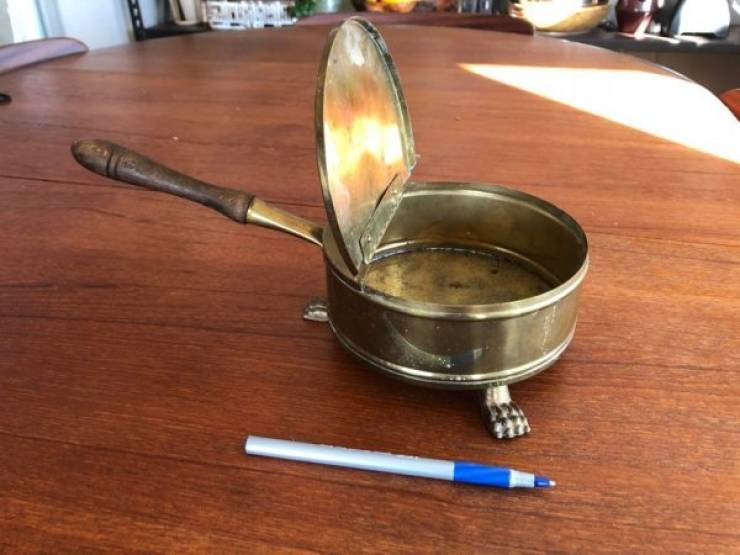 A: I believe it’s a Silent Butler, which you use to sweep crumbs into, off the table after a meal.

Found this while walking on the beach in SC this afternoon. 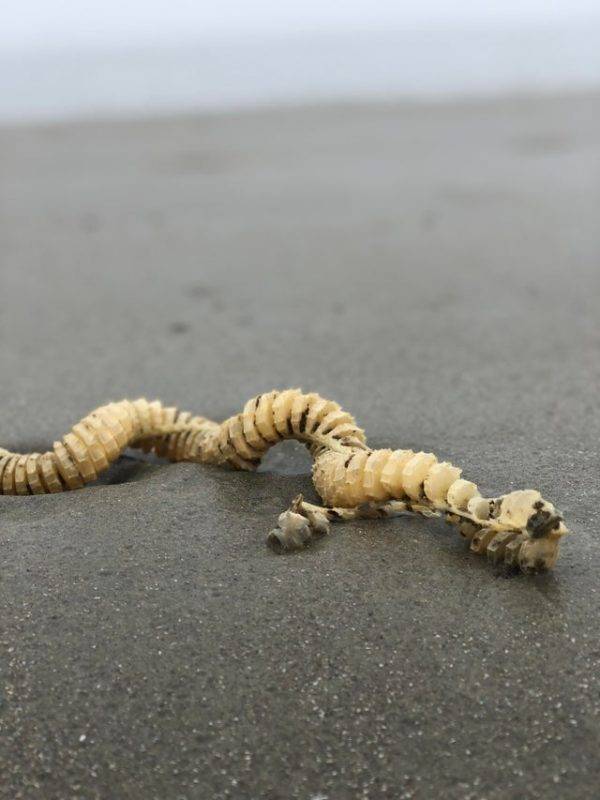 This small container whose lid locks open. It’s empty and unmarked but it says ‘G. Silver’ on the rim 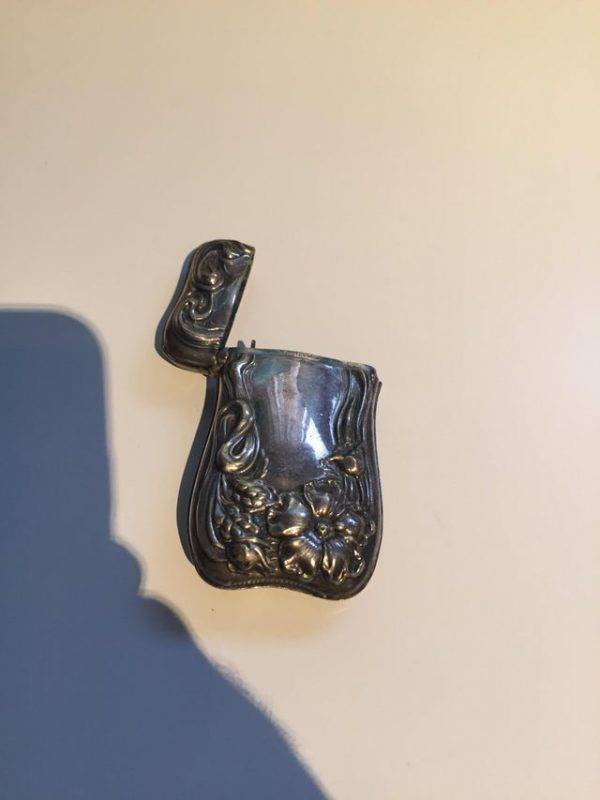 A: A holder for matches. It’s a vesta case you can see the strike area at the bottom for striking the matches.

Found on a shelf of free stuff, it’s not a tuning fork but it reminds me of one 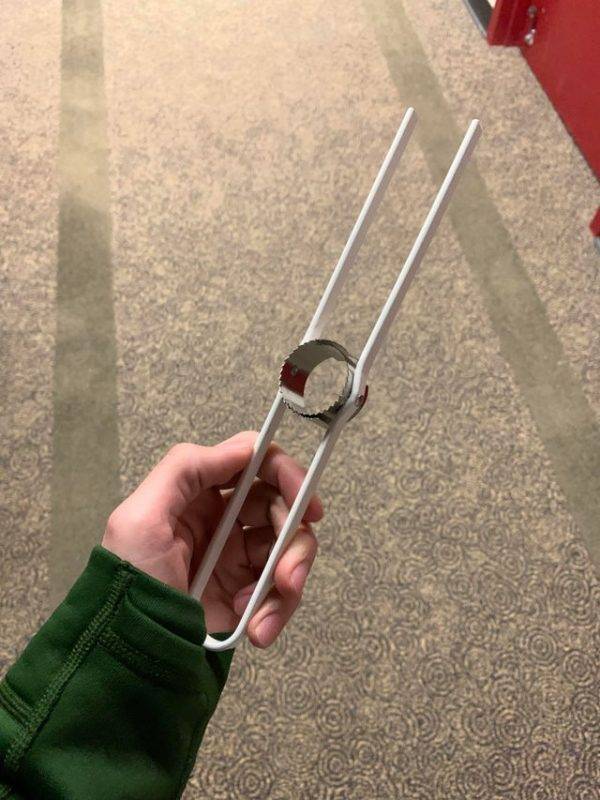 A: Removes corn from the cob

Please help! This metal bird is a mystery. 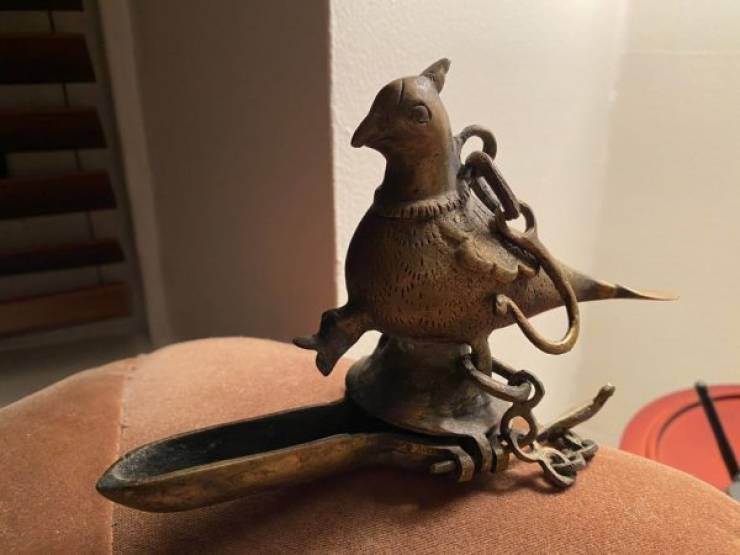 About 4 inches in length. Has grip like texture on it. Center part it plastic with ends and pocket clip being metal. Extrusion on left is solid, where the one on the right that looks like it has a sight is hollow. 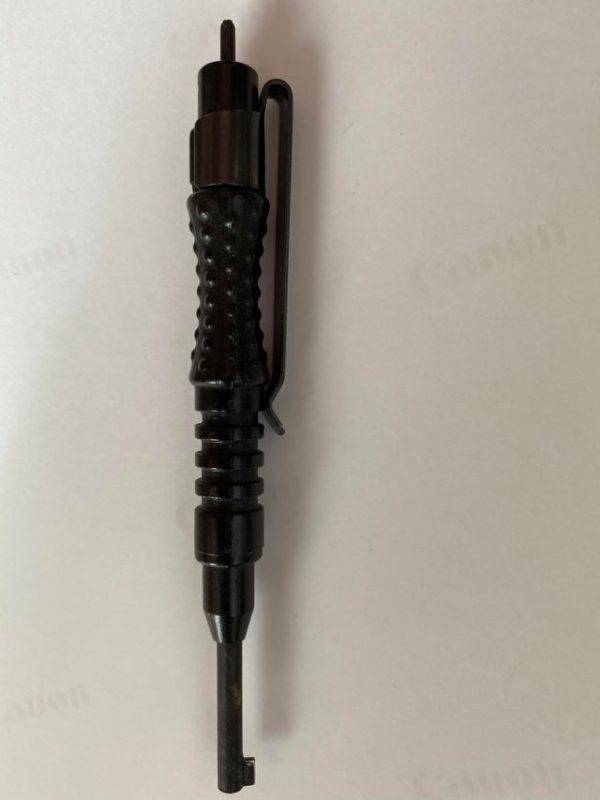 A: A handcuff key. One end to work the lock, the pin to double lock them.

Found boxes full at work, each tube goes to different chambers that all mix towards the bell at the bottom, best guess is some kind of torch. It’s made completely out of glass. 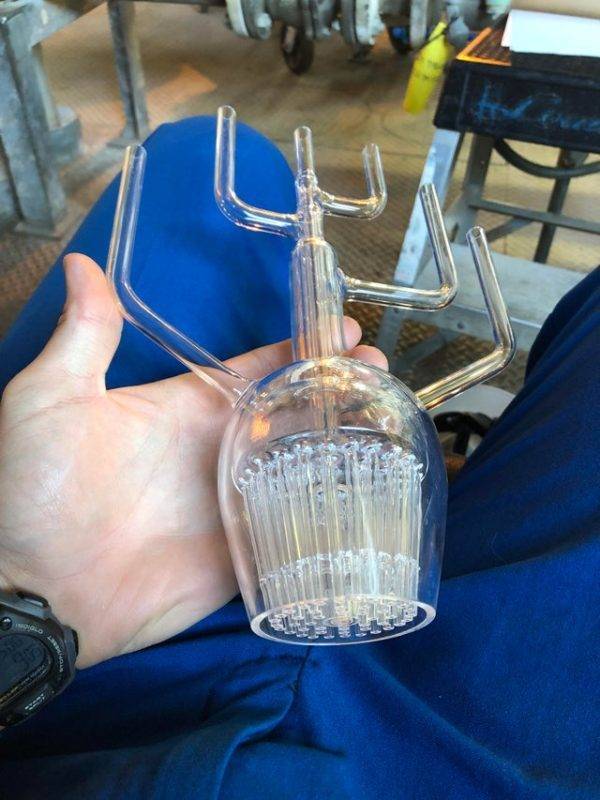 A: Some kind of Surface Mix Quartz Burner. This one is a multiple nozzle burner, probably with an oxygen jet jacketed by hydrogen or gas jets, but it looks like it might even have an additional jacket.

This traditional strategy/chance game from the Middle Ages. 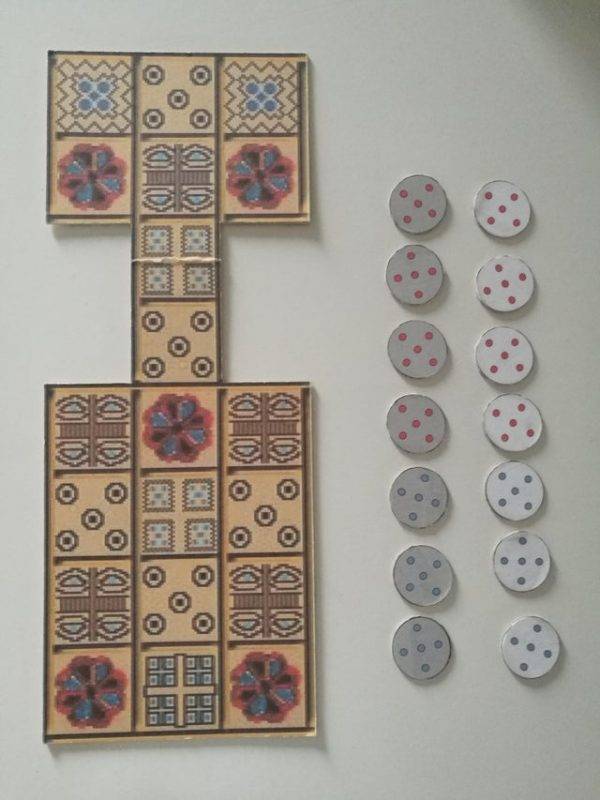 A: Royal Game of Ur

Art? Fishing lure? Your guess is as good as mine. 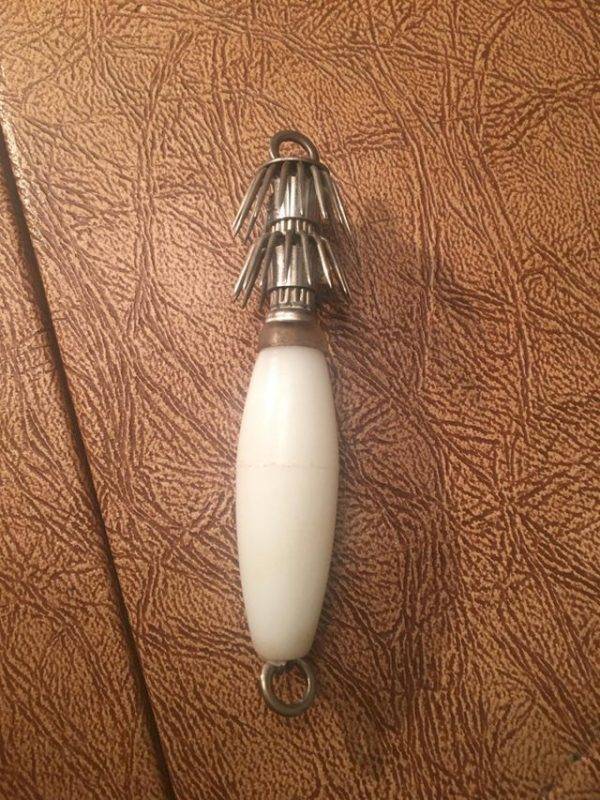 A: Squid hook. White part glows attracts squid in dark (you fish for squid at night)

Found between crochet hooks and knitting needles, maybe a tailor-item? 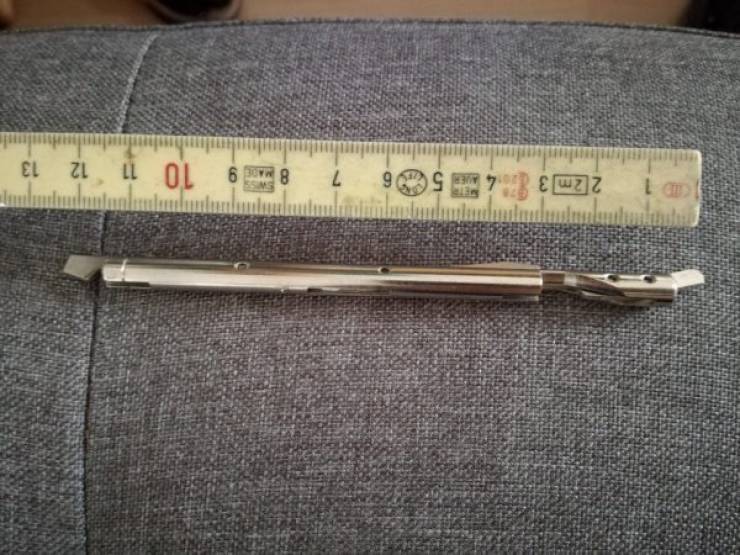 A: It is a spindle from a turntable with a record changer. It looks like it is from a Garrard turntable.

Found in an thrift store, crafted wooden thing that is hollow inside. 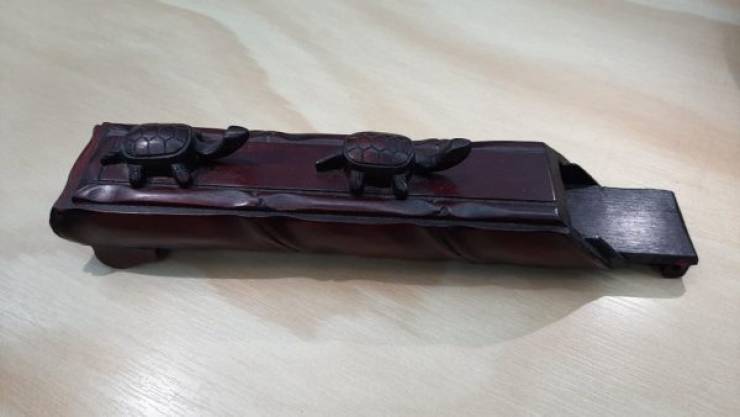 These were installed at an intersection not too long ago. They’re bright blue. My city just voted to get rid of all red light cameras, so I assume it can’t be that… 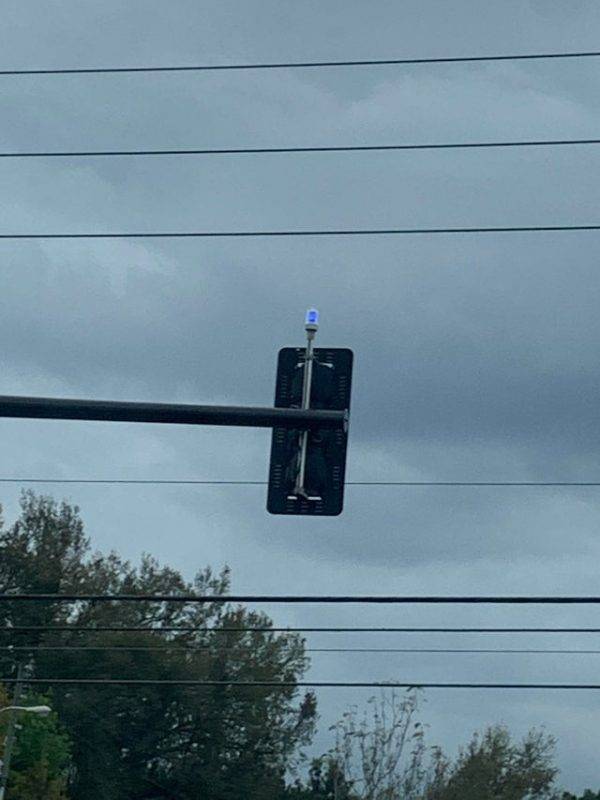 A: It is to help police catch redlight runners 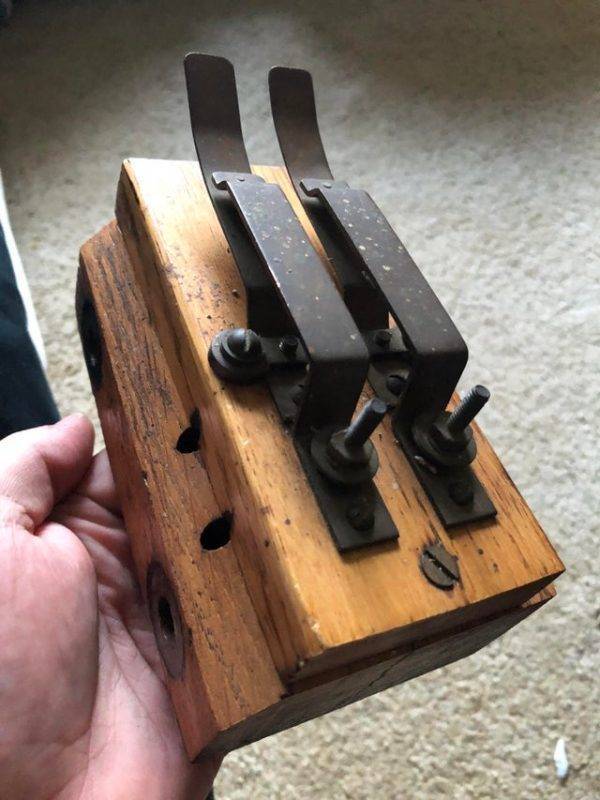 Found this in a box of old hand tools and cannot figure out what it is. 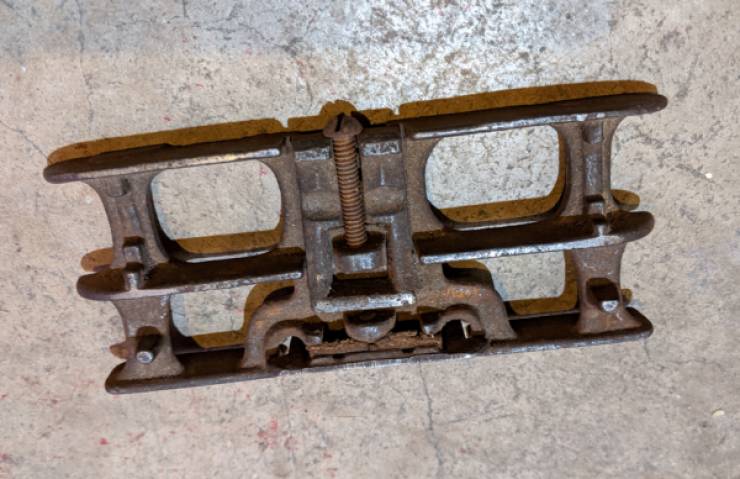 A: For a sharpening a saw

Metal and rusty. Found in the mountains. 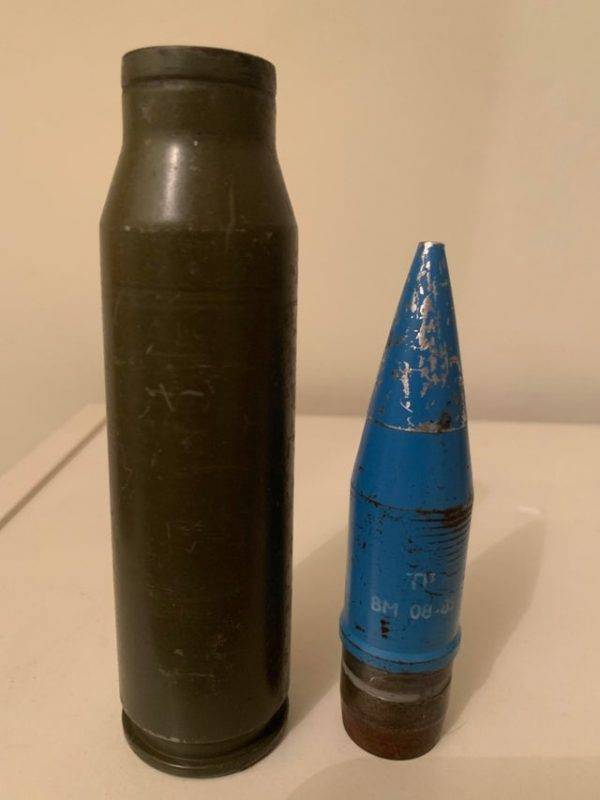 Is this some type of cable or phone line guide? Made of porcelain think. 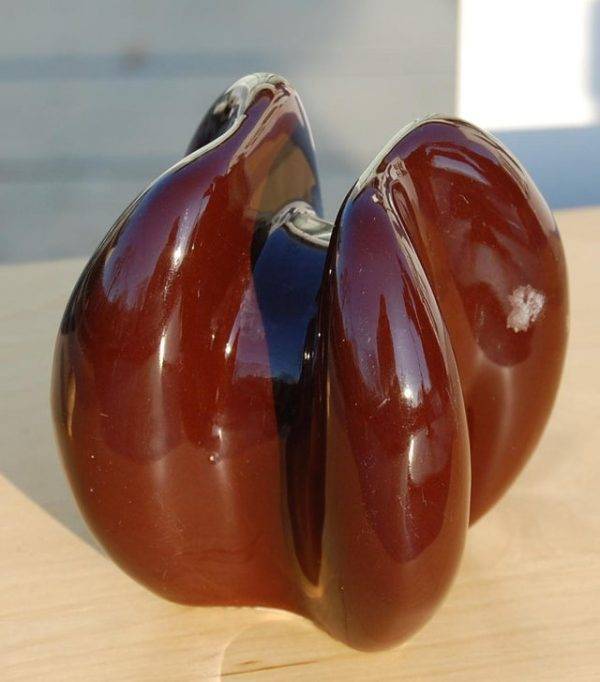 A: It’s a ceramic insulator, intended to couple together two cables. You might not recognize it without the cables in place. But they are supremely common.

They are on a wall at my uni, I think it has smth to do with electricity. What are they used for? 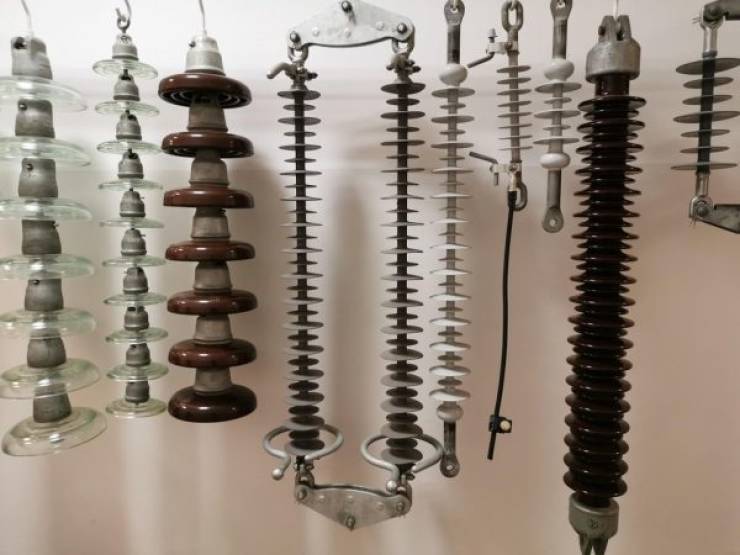 A: They are insulators for transmission lines.

I’ve been searching and searching trying to figure out what this type of lock and key is called. Does anyone here know? 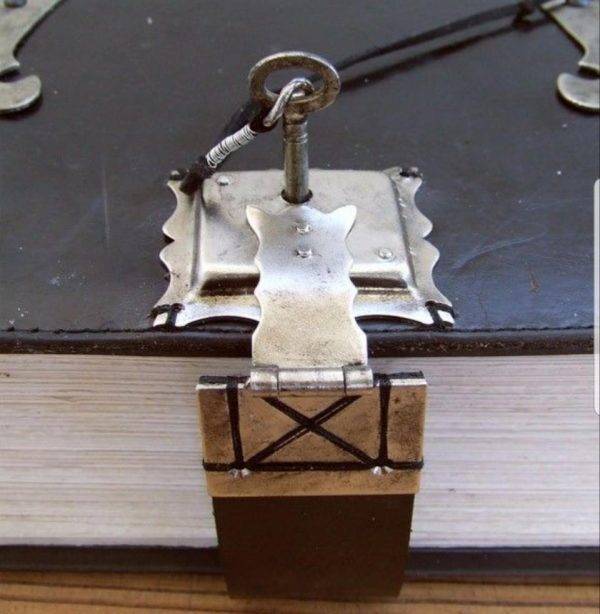 It seems to have some kind of depth Gauge for the blade. Markings say D.M. Co AT5EPT3 RPT CONN 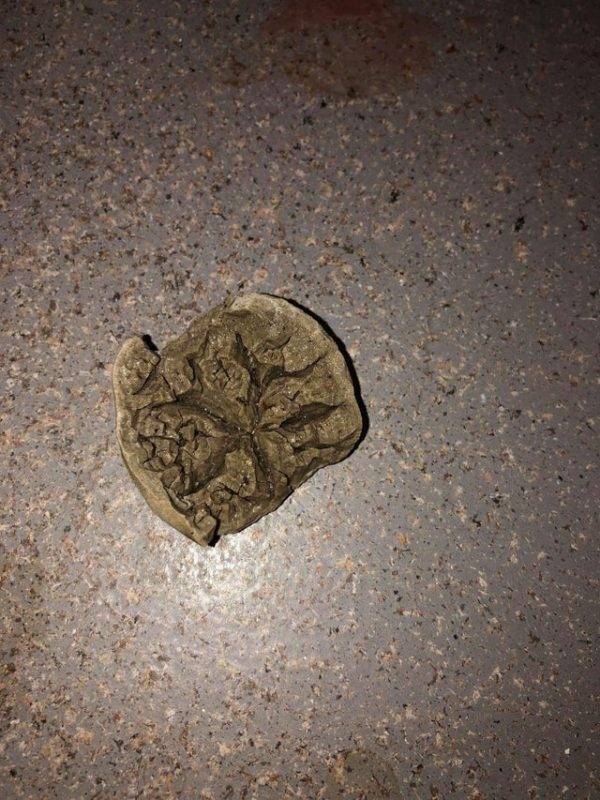 A: It’s an almost fossilized lobolith.

Found on our floor. We have a puppy so trying to figure out what he may have destroyed. Says Winchester elec. div and the four holes are labeled A B C D, with a mark on the bottom that says H4B. 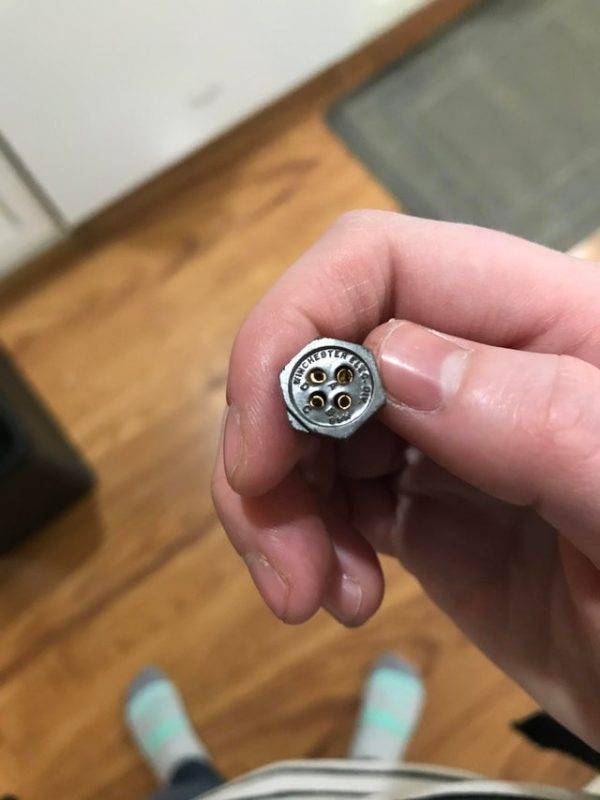 A: Winchester 4 pin 20mm military connector. They are used for many connections in military applications. They can be anything from trailers to radio equipment to aircraft munitions.

Circus 5 month s ago
#13 As it was found among crochet hooks and knitting needles it could also be part of a knitting machine? Have seen similar parts for such machines; They are used for hooking the yarn when making patterns.
Reply
-1

Occasion 5 month s ago
#15 is to alert drivers that an emergency vehicle is approaching the intersection.
Reply
1