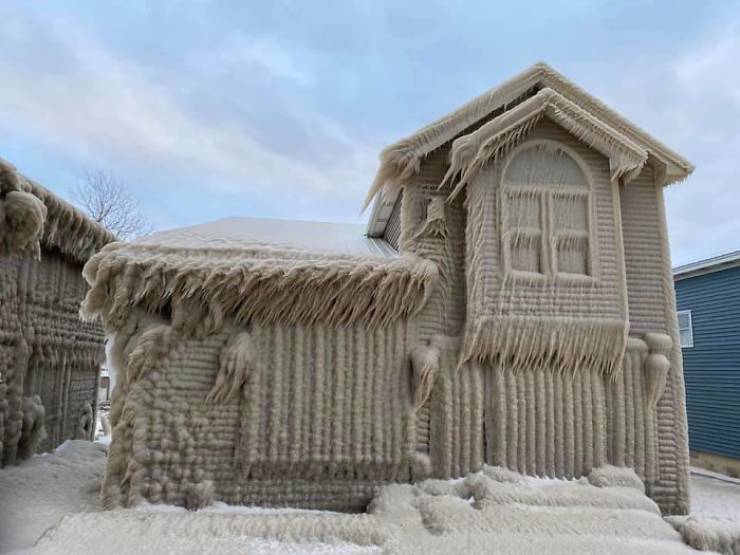 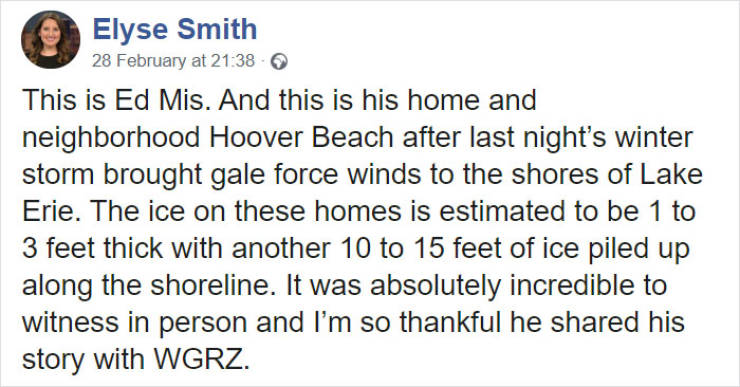 “One important note is that the homes at Hoover Beach typically take on a little ice each year because of the topography of that part of the shoreline,” Smith added. “However, this was the most extreme the ice has ever been in that area and it was primarily because of the duration of the storm conditions. The ice kept amassing as waves crashed onshore and the strong winds carried excess water further inland.”

After footage of the frozen neighborhood went viral, it has even become a tourist attraction. However, police officials are asking visitors to stay away for their own safety.

Local police issued a statement on Sunday informing that sightseers could also face trespassing charges if they choose to disobey. “Not only is the ice extremely unsafe and unstable, [but the majority is also] in areas which are private property,” they said. 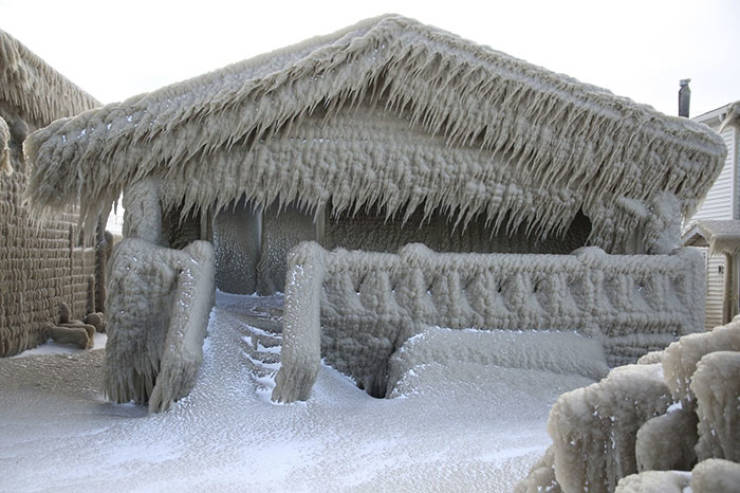 In the meantime, residents are worried the ice could damage their homes. “We’re worried about the integrity of structure failure when it starts to melt because of the weight on the roof,” Mis said.

Sean Crotty, Hamburg’s emergency manager, told Today that a gallon of water weighs about 8 pounds, and when you look at all the ice that’s on these buildings, structural collapse is definitely a possibility.

“The community has been seeing more than their fair share of situations between wind damage and the Halloween storm and an ice shove at the end of February,” Crotty said. “In the last year, they’ve endured probably a half dozen really heavy-duty storms that have caused damage to their homes, seawalls and private property.” 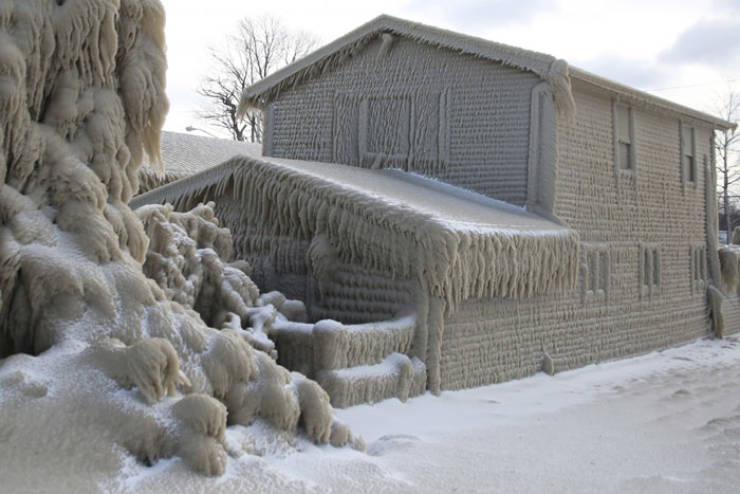 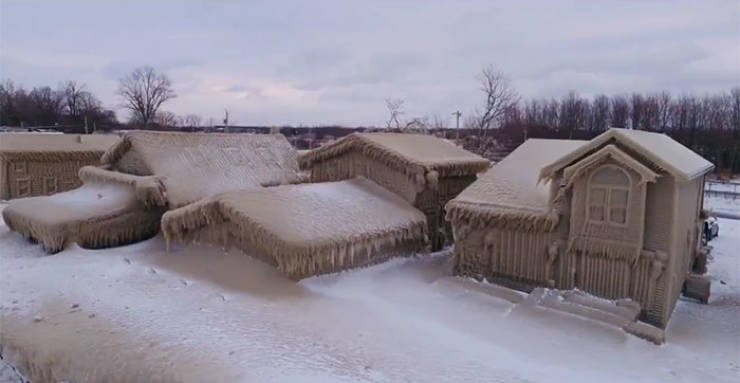 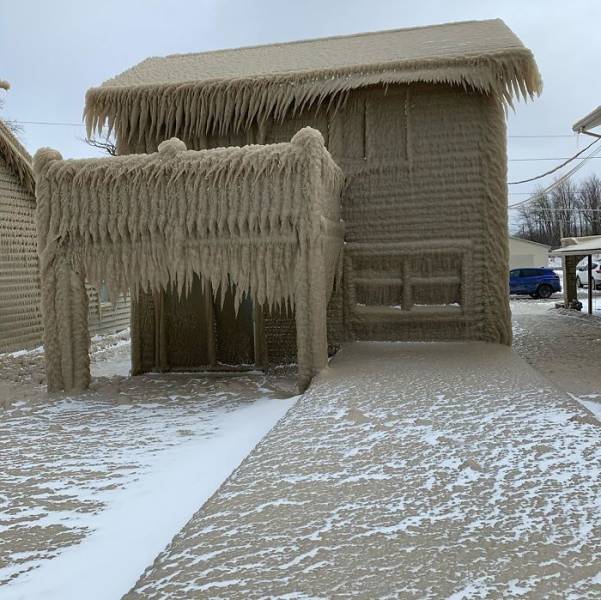 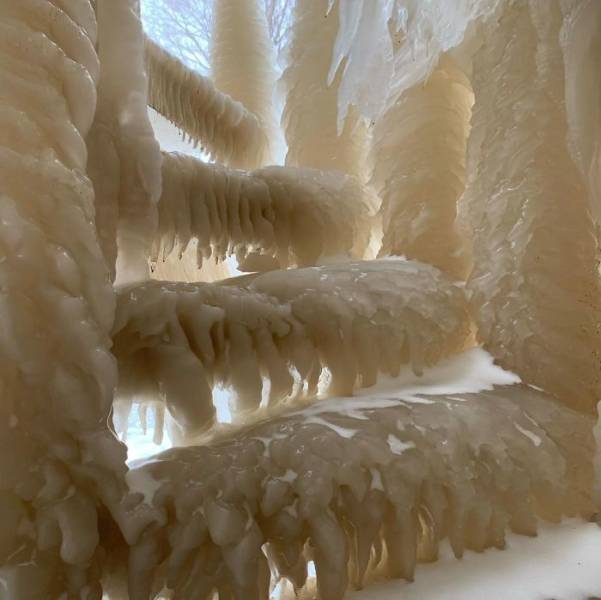 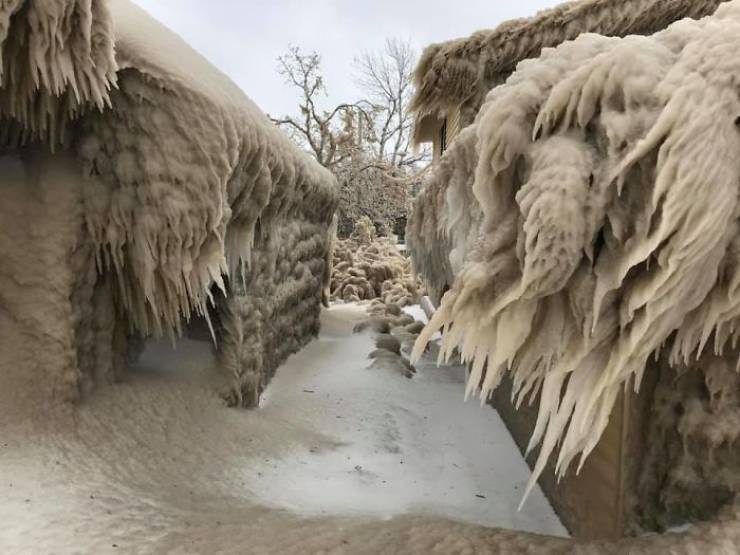 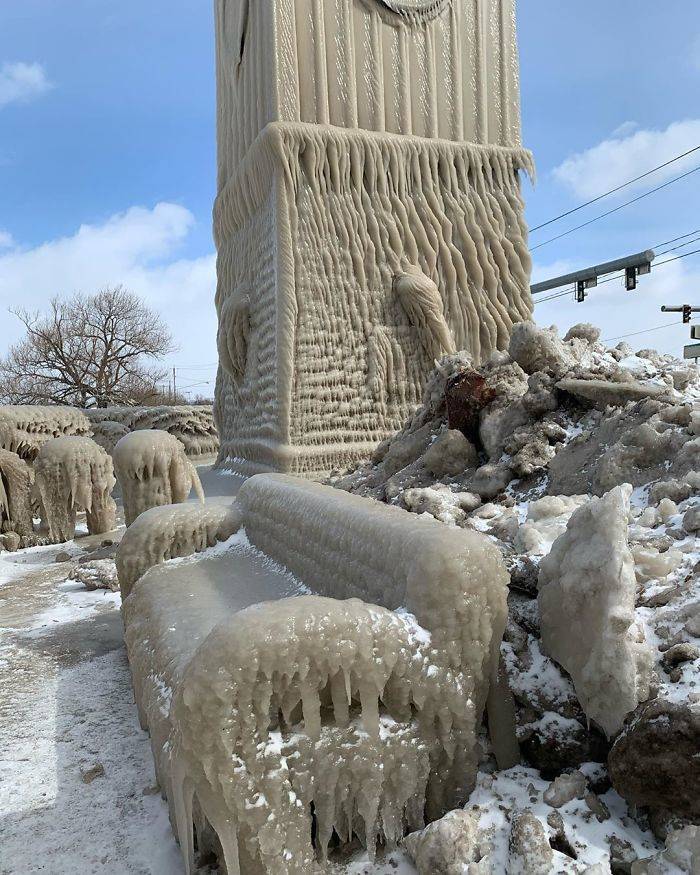 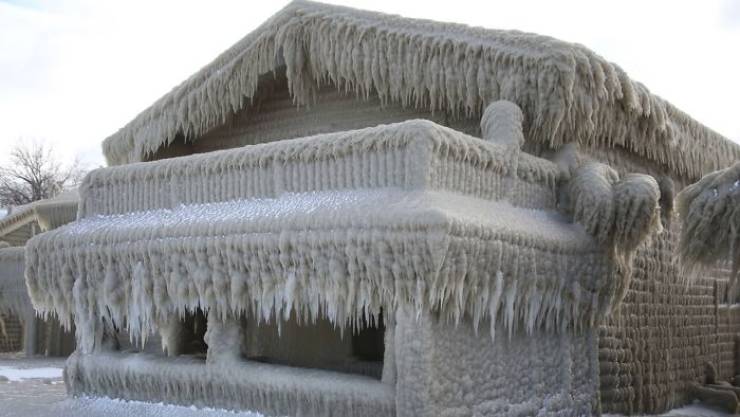 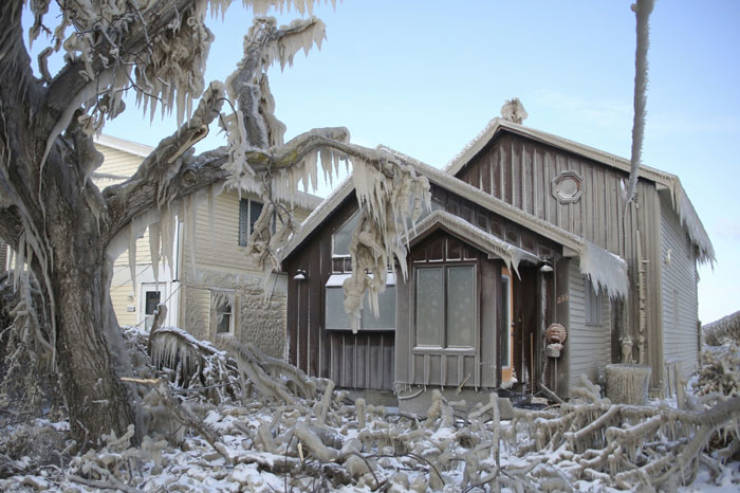 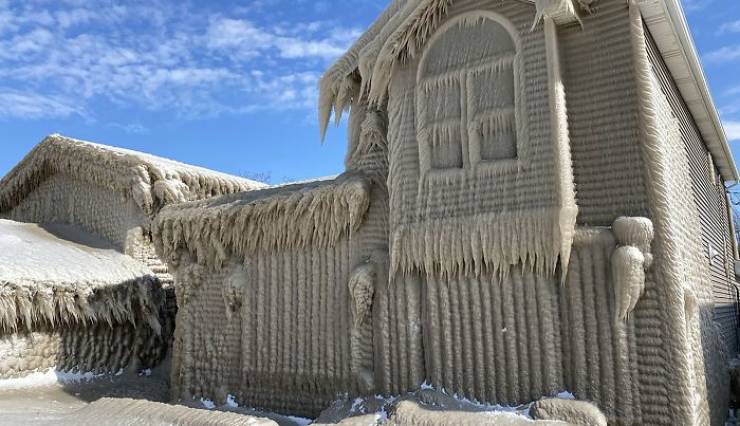 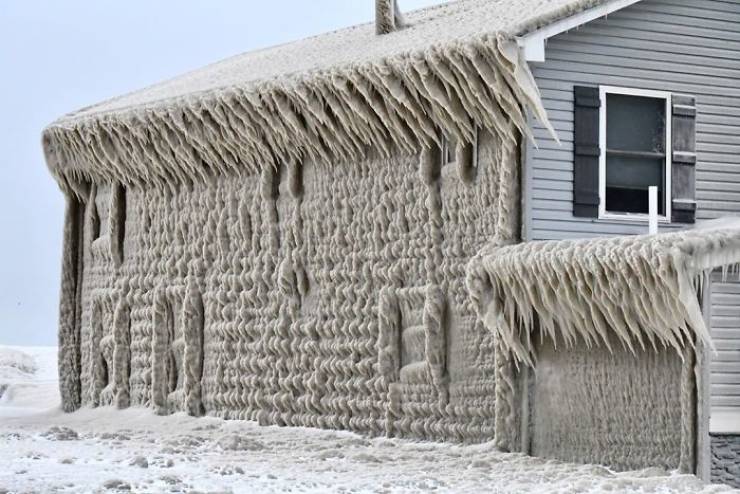 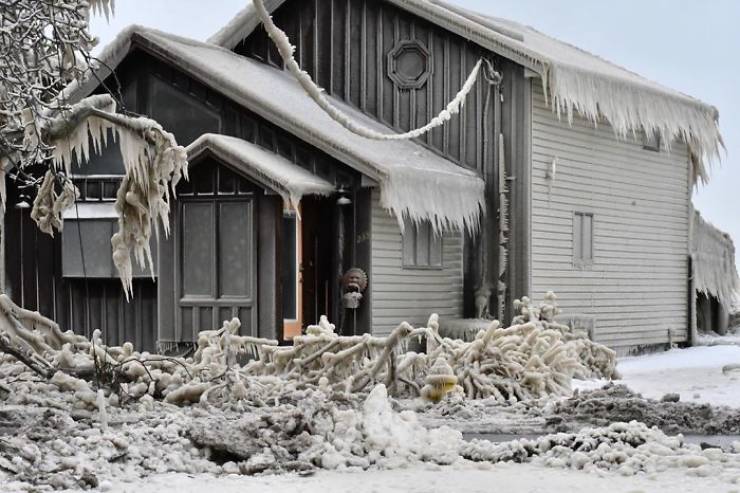 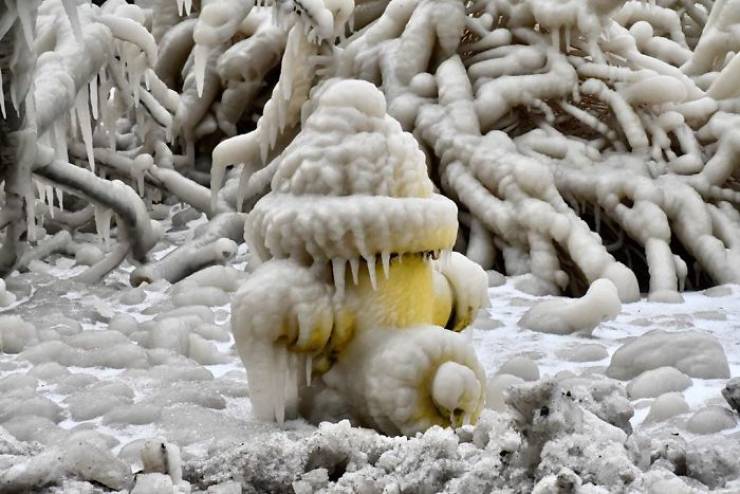 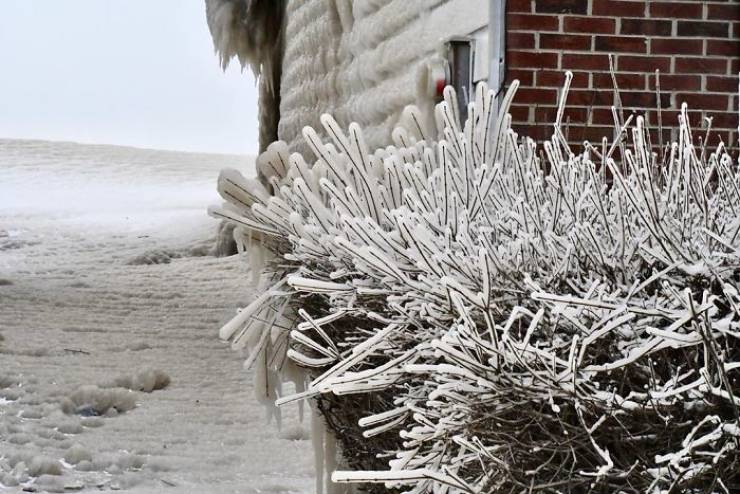 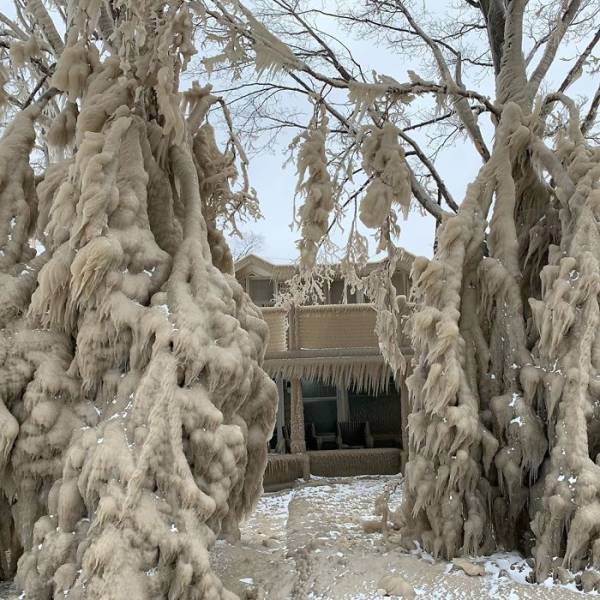 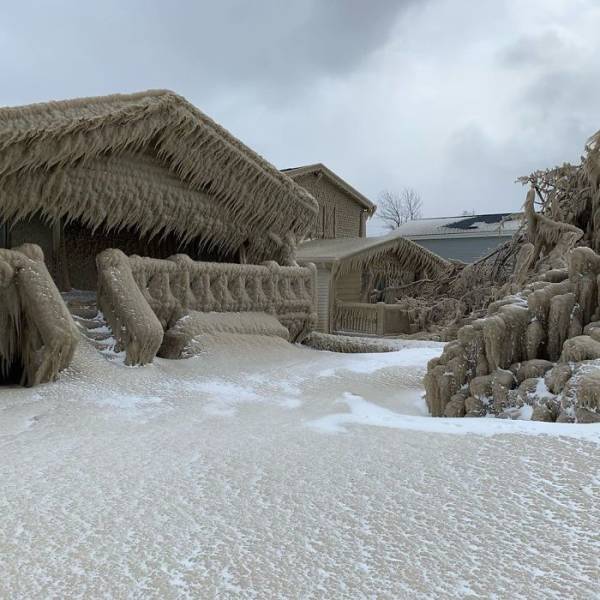 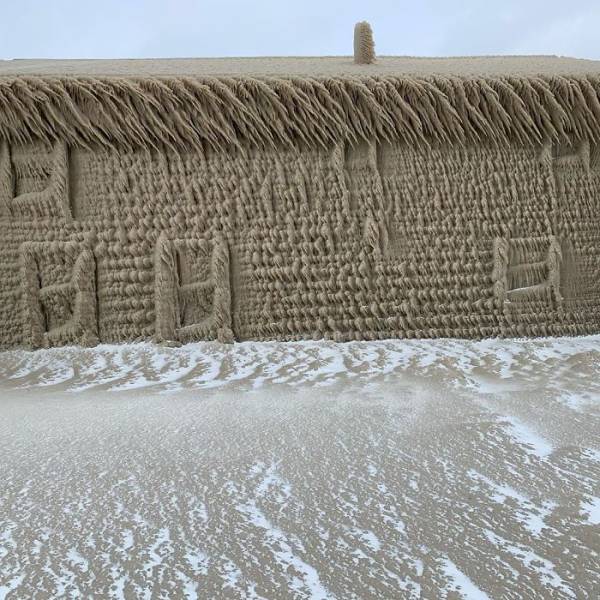 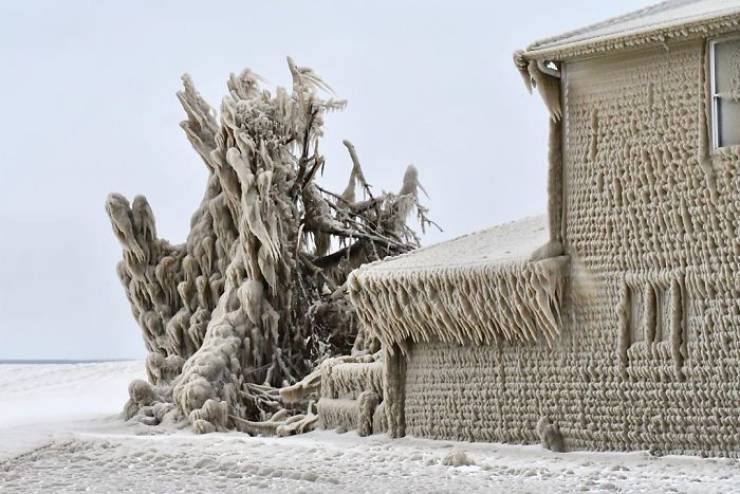 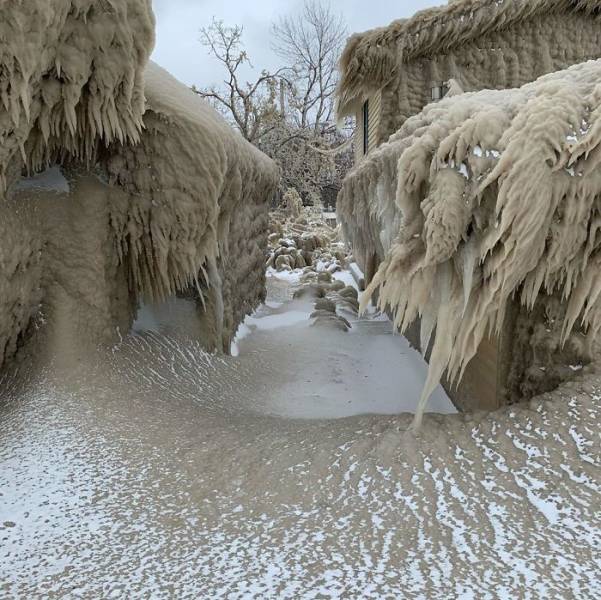 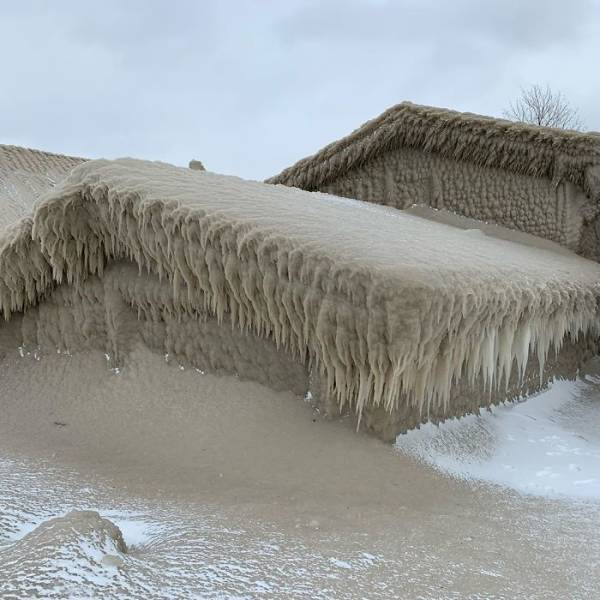 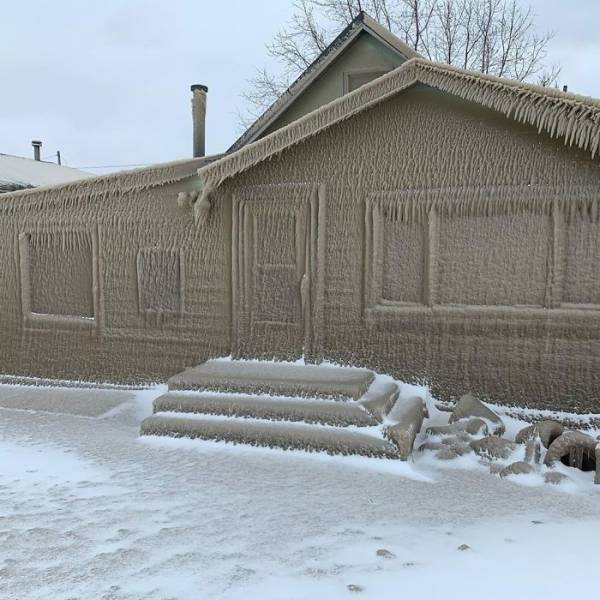 Photos of the area immediately went viral on social media 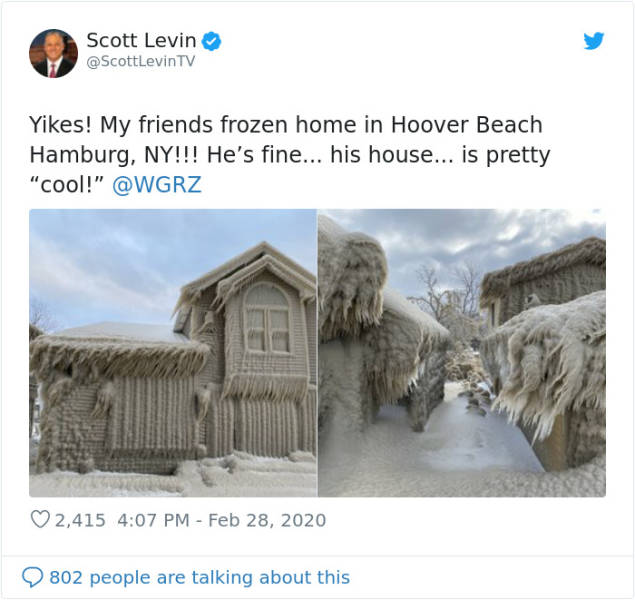 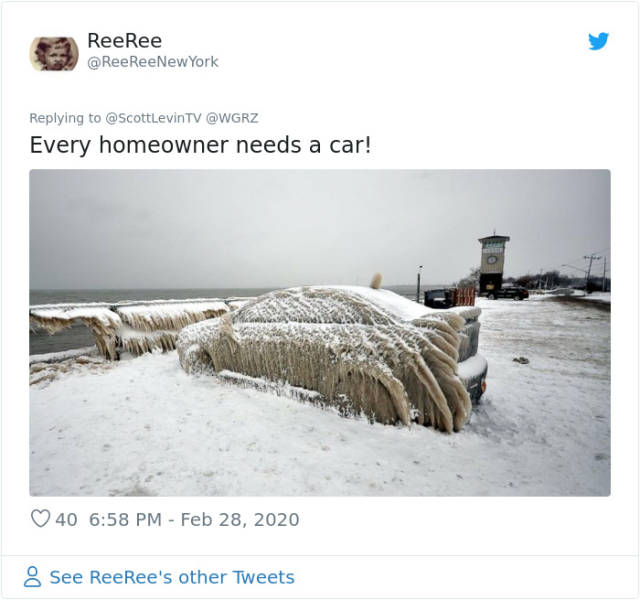 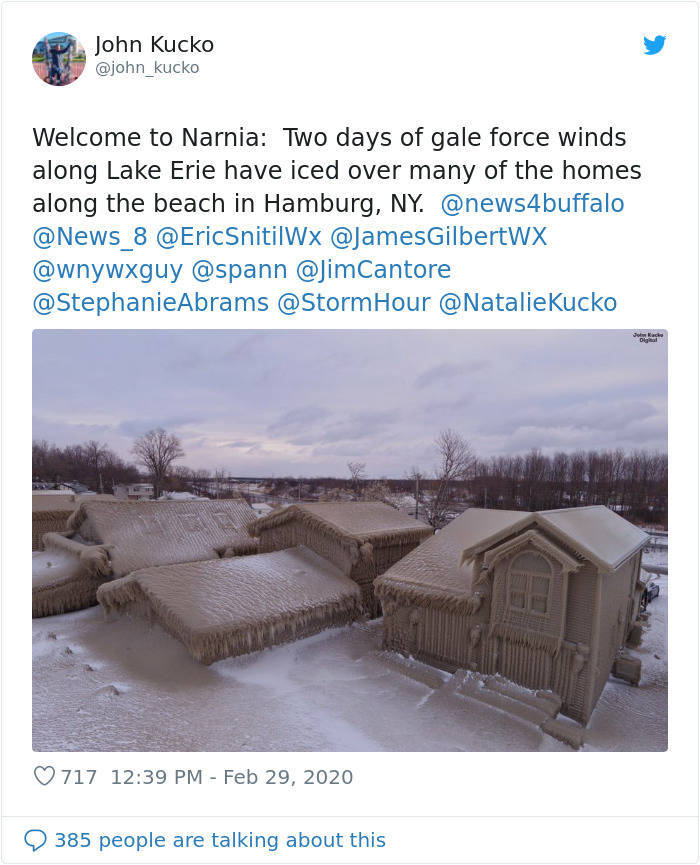 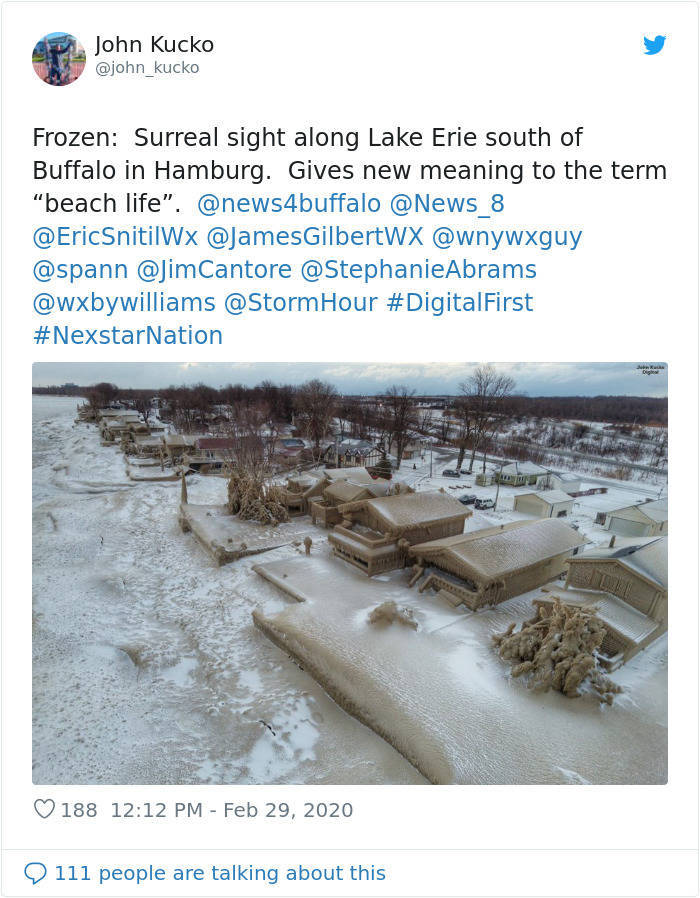 And here’s what people said about them