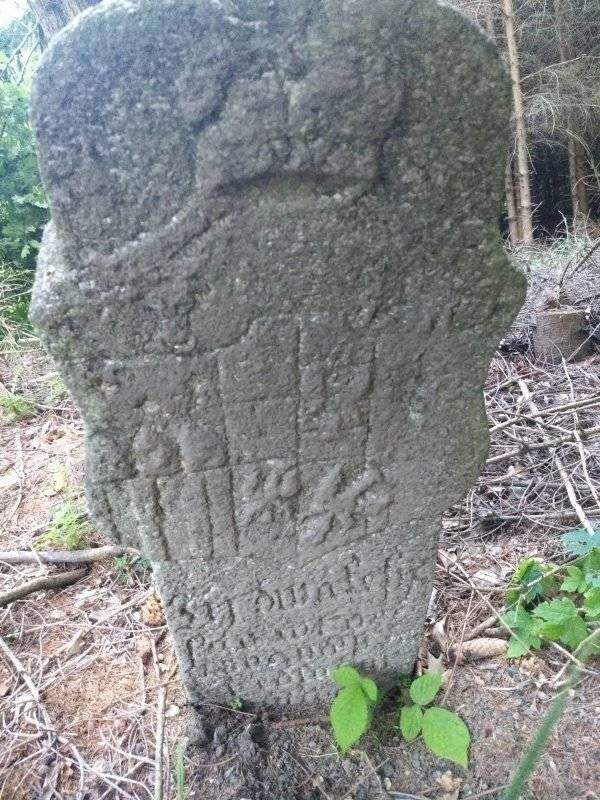 Those stones were erected on places of murders and violent deaths to reconcile with the dead. 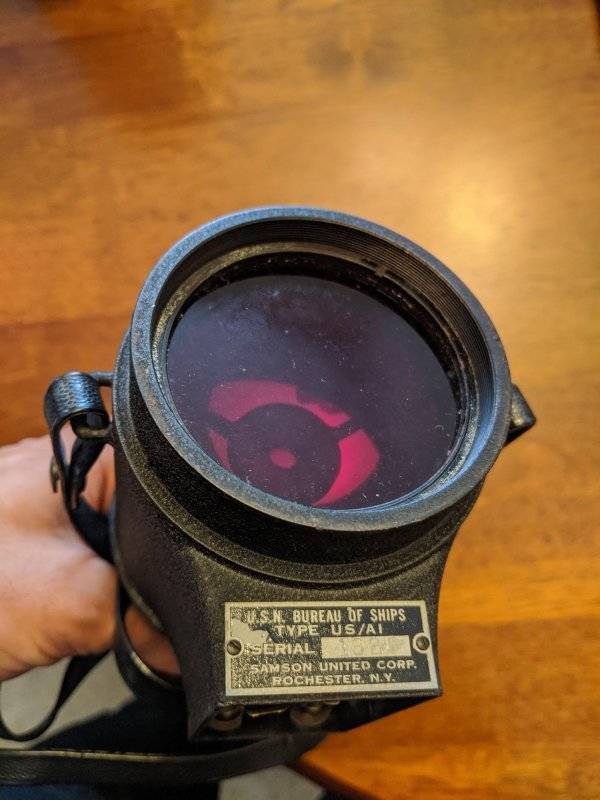 Found on a grave. In Louisiana 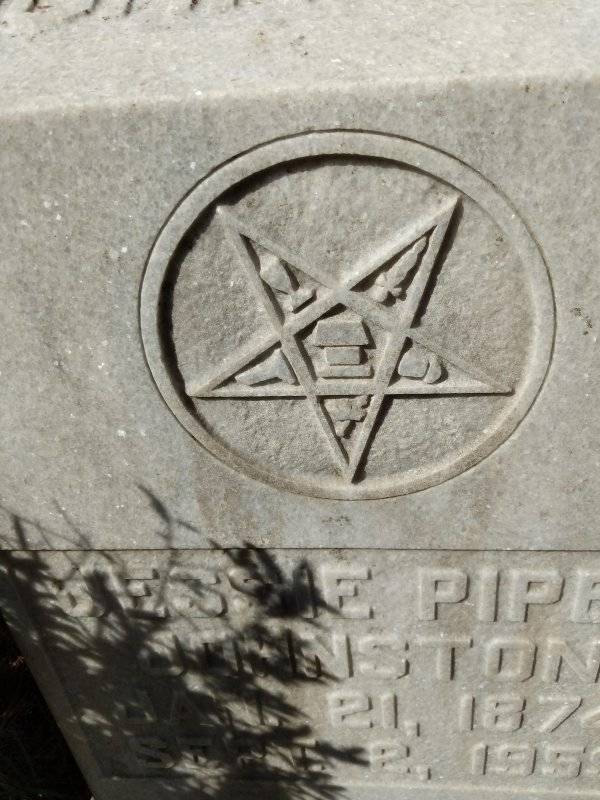 It’s a Masonic subgroup called Order of the Eastern Star

Found this in a bag of junk jewelry from a family friend. Nothing on back 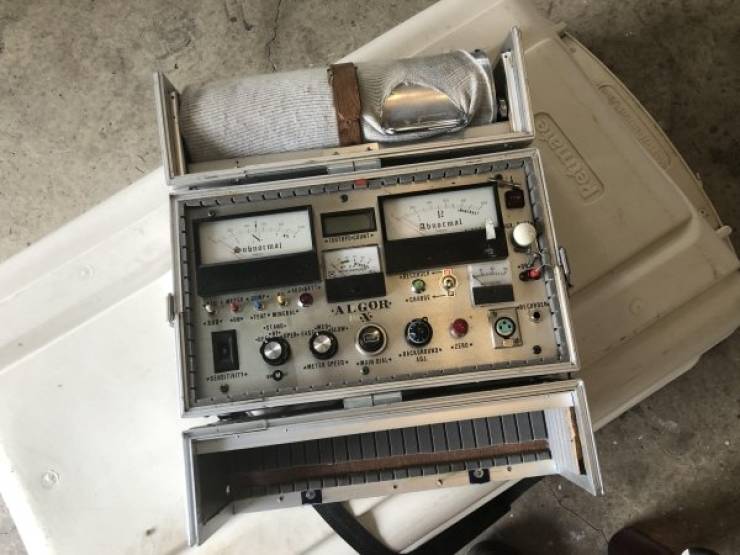 It has to do with testing wells. A subterranean isotope sensor. 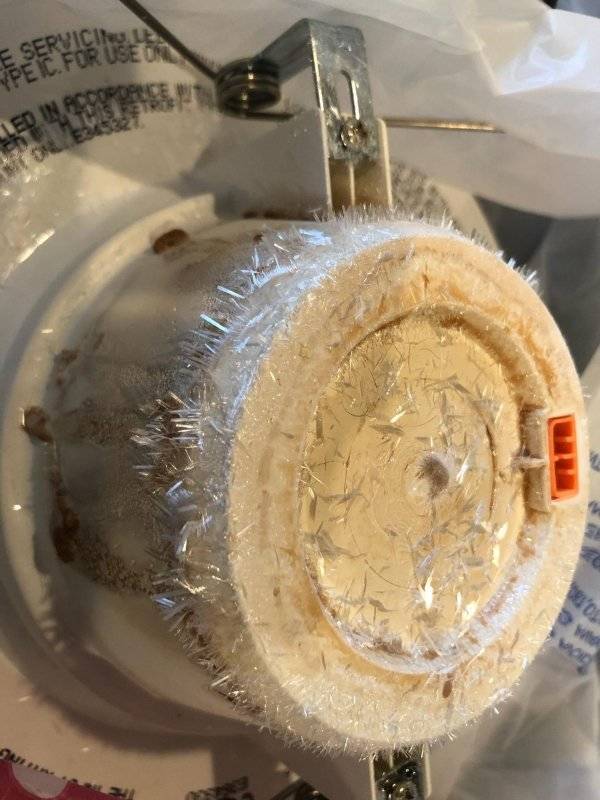 Urea crystals. Something is living in the ceiling above that light and pissing on it.

Found this in my couch cushions.. friends have no idea. What is this?! There’s two of them (the clear plastic is a magnet you can pull off the back) 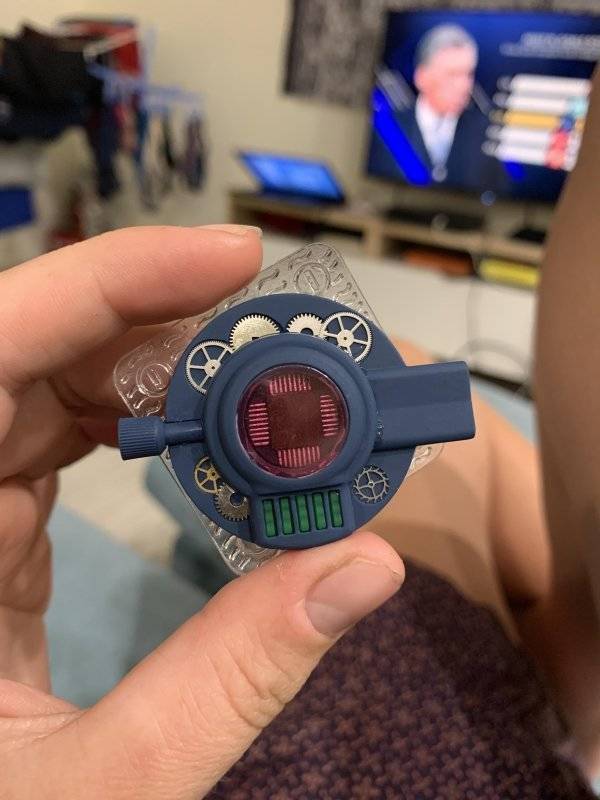 Apparently even museum staff didn’t know what this was. Found in a museum in Manitoba, Canada. Looks like it is maybe leatherwork related? Thanks all! 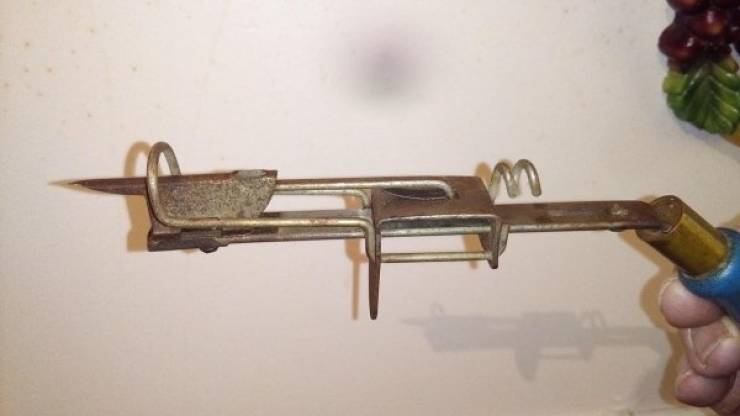 It is a needle punch tool for making rugs.

This for storing donuts…? But seriously, found this at a Salvation Army. What is it?! 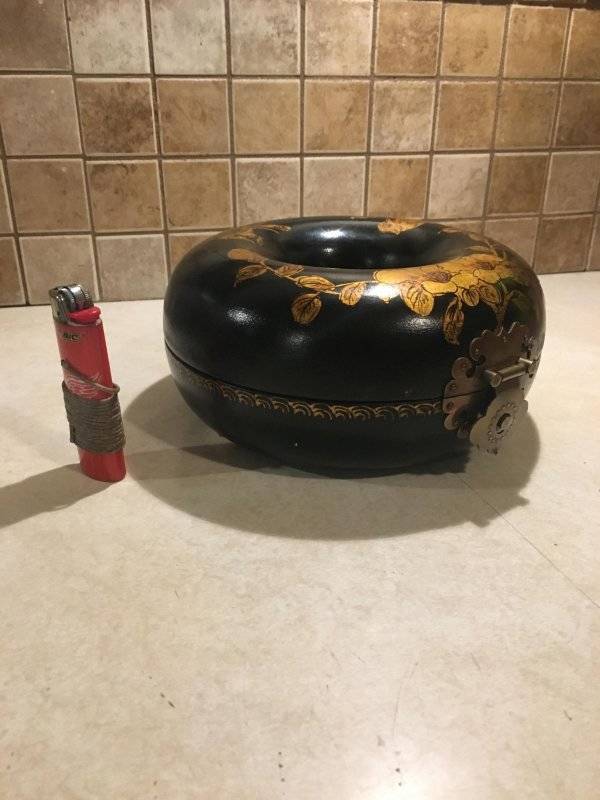 It’s an electric duck, but why? It has a two-prong chord that says “electricord”, but it doesn’t warm up, doesn’t have audio holes, doesn’t move….any ideas? We work at a thrift store, help! 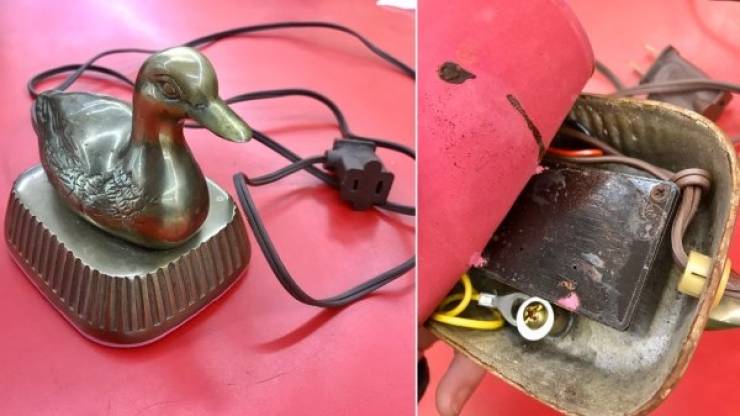 Switch for a ‘touch lamp’

Found in an old barn tear down wedged between stairs. Weighs about half ounce. 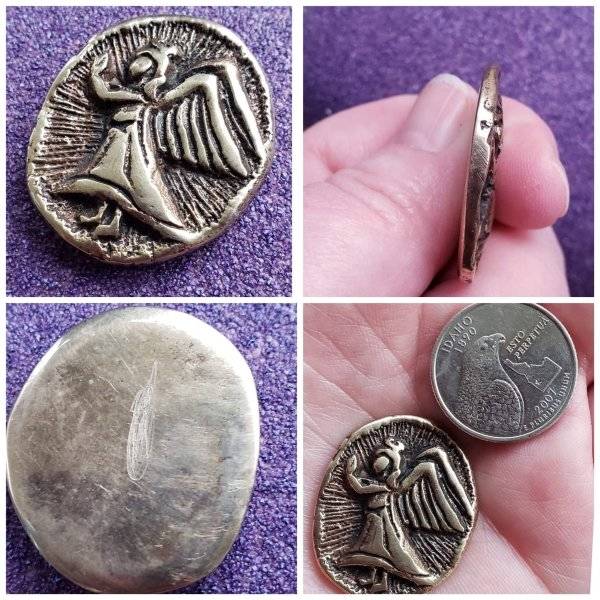 One of those pocket angel trinkets that people carry around

Im into metal detecting in México and I found this, about 4.5 inches, quarter for scale 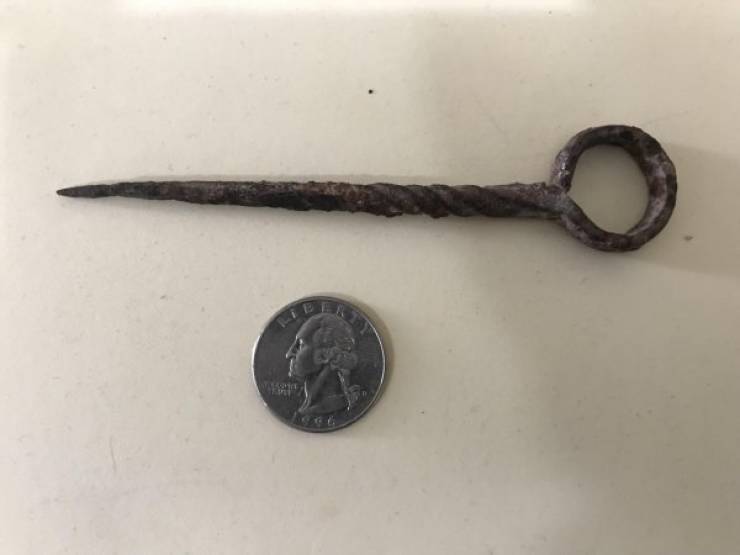 Live in Putnam County, Tennessee and cleaning up other people’s lives from my yard after the tornado so I have no context for this. Not very heavy, maybe aluminum.

Found on Pensacola beach, about the size of a quarter. Round but flat on the bottom, which is what is pictured. 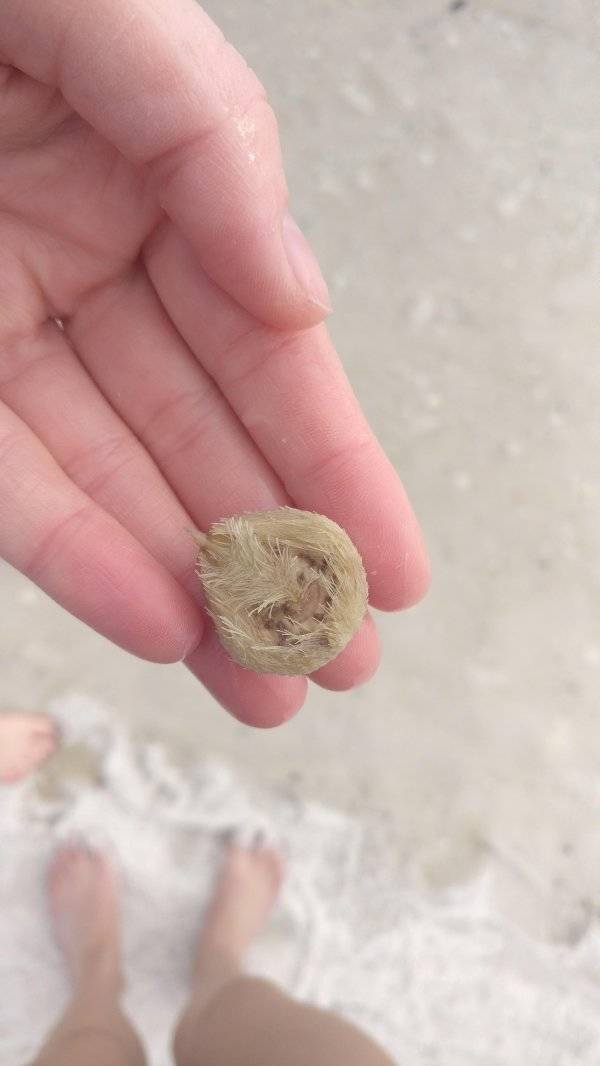 Someone left this under my windshield wiper last night, looks like a whistle to me but it unscrews so I’m not sure 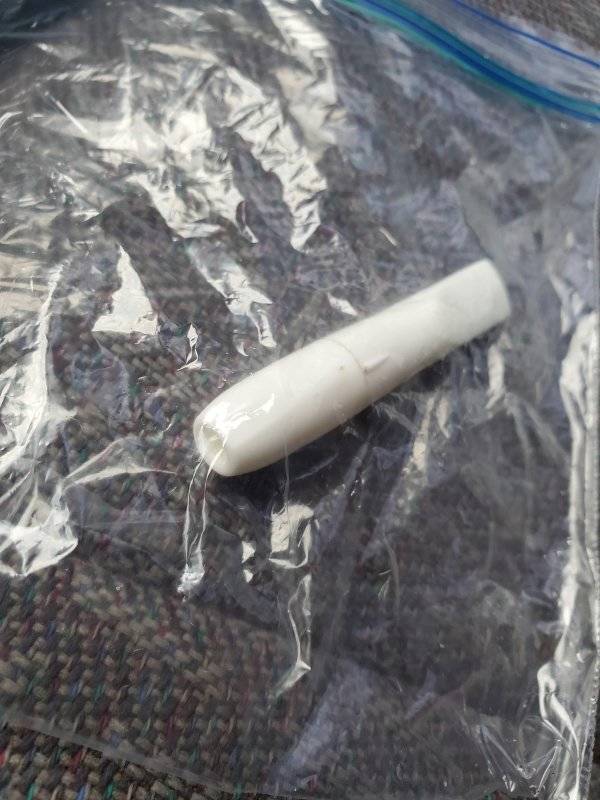 Went to get a 6 pack ran into a friend. His super drunk buddy handed me this and mumbled something about “this can save your life in a tough spot take it man” and something about a breakaway? Didn’t want a 4 hour conversation so just said thanks and took it. What is it? 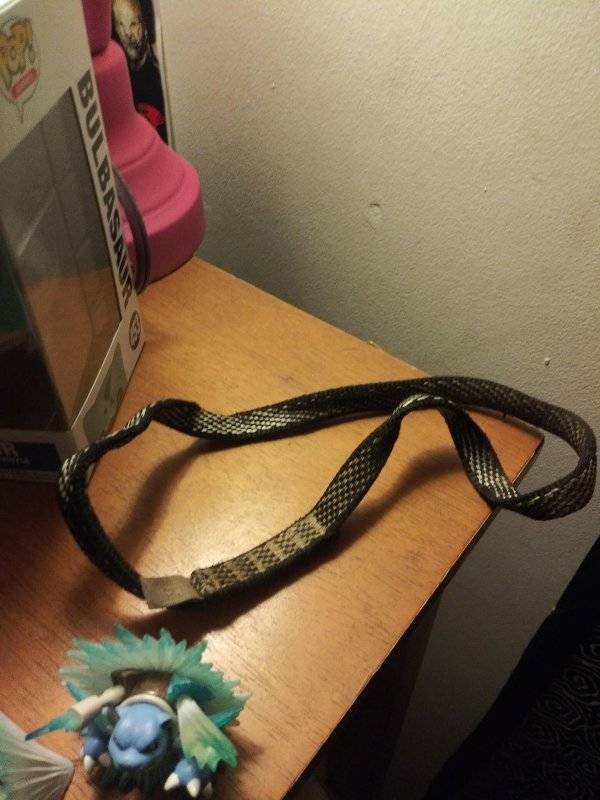 Posted in a local Freecycle-type group. Owner found it in their cellar and has no idea what it is. 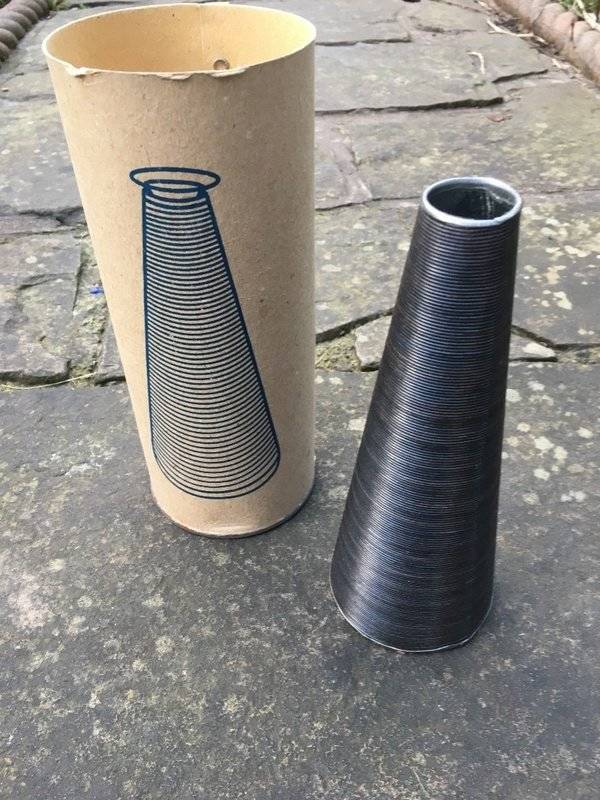 On the roof of a house, it’s big 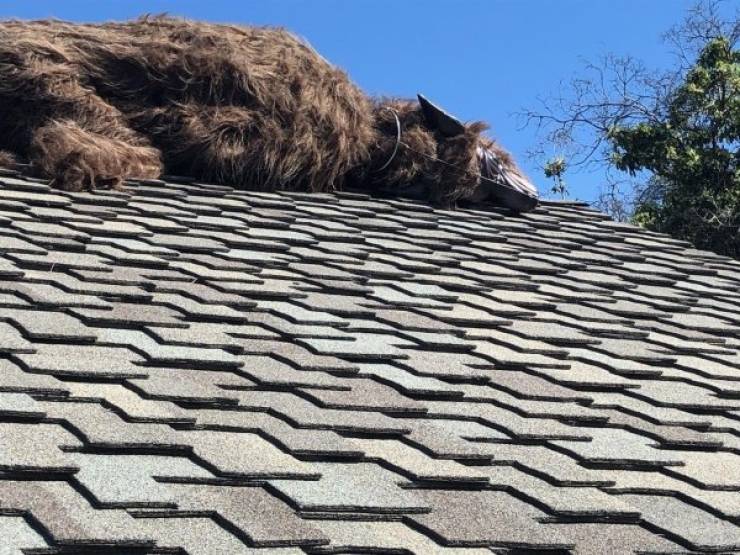 Some guy had hundreds of them in a little velvet bag, they are plastic. 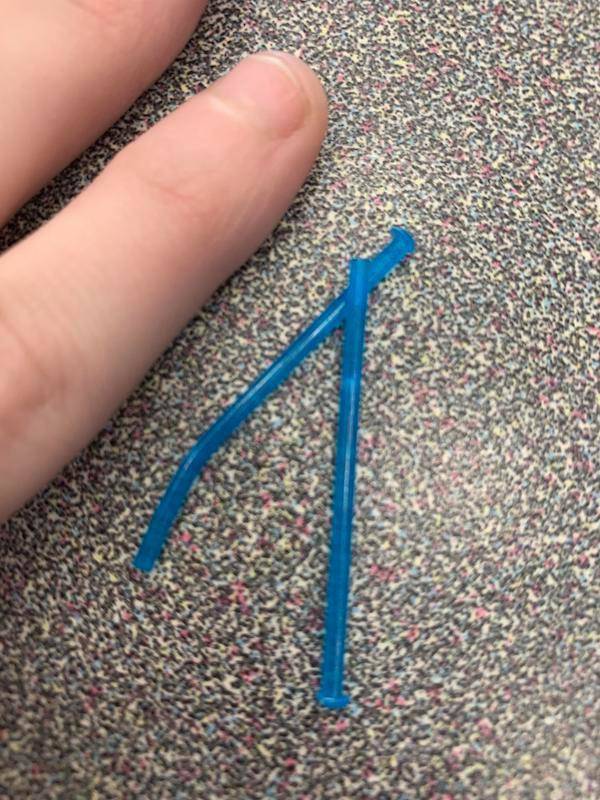 This lock in the backs of dutch train seats 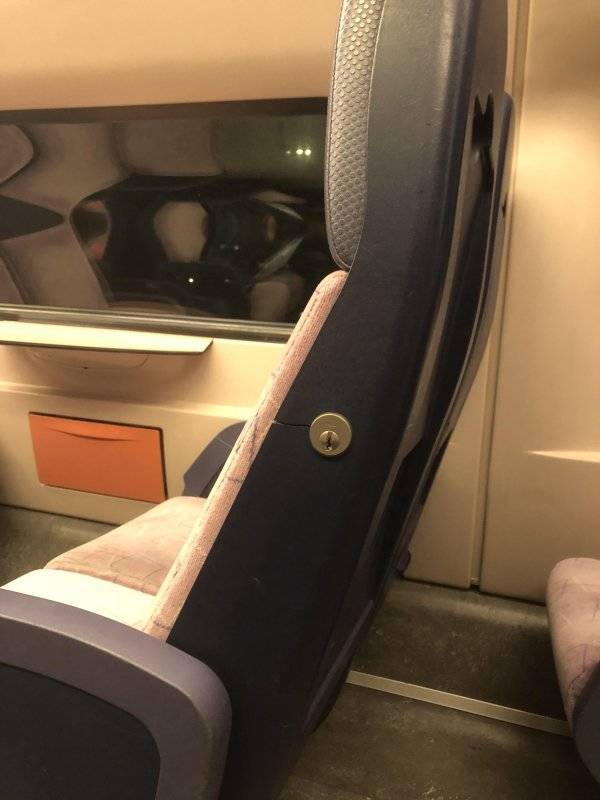 The lock can be used to operate the elevator at the end of the corridor.

I was hand washing some of my bras in the sink and when I took them out, I found this piece of plastic. It says “smartrac” and has a number on it. These are all bras I’ve had for a while and I’ve never seen this before. Any idea what it is? 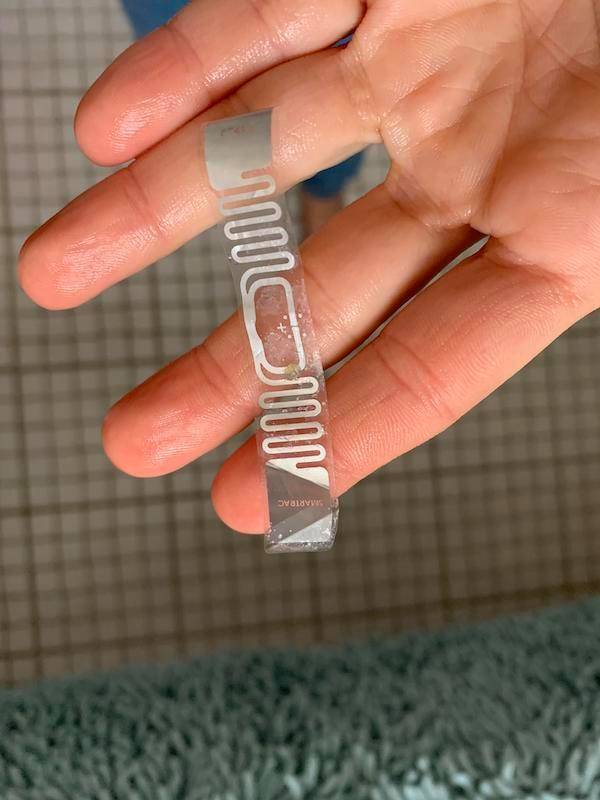 This is an RFID, it can have data stored on it and or be magnetic.

Something 5 month s ago
# 20 Obviously your tits are being followed.
Reply
0

Shark 5 month s ago
#20 RFID chips are used by stores to keep track of inventory without having to locate the actual item. They scan the area of the store using a hand held RFID emitter and detector.
Reply