Offshore of Kent, England, a group of metal structures stand above the water. The Maunsell Army Sea Forts contained radio stations that were designed to warn London citizens of oncoming airstrikes during WWII.

After the Maunsell Forts were decommissioned in the 1950s, they were taken over as “pirate radios” to broadcast music and news without proper licensing. Today, these buildings lay abandoned and decaying. 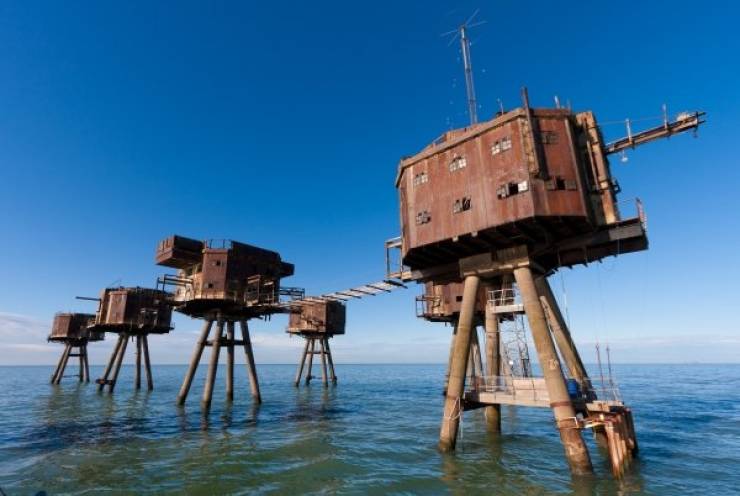 In preparation for the German assault, the French military built a series of bunkers along the French-German line. The defensive Maginot Line was built to withstand infantry, bombs, and tanks from the German Blitzkrieg.

To avoid the heavy defenses Germany chose to invade through Belgium instead, entirely bypassing the Maginot Line. Its tunnels, shelters, and forts stretch 450 miles still stand today without a single soul inside. 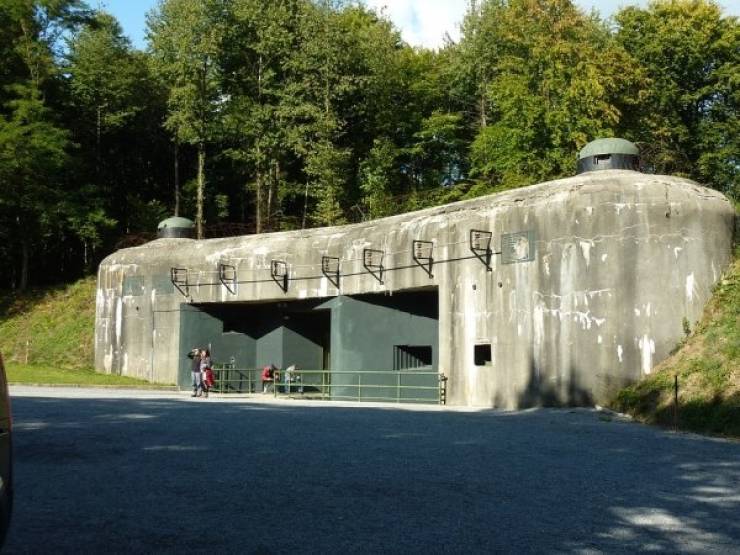 The uninhabited island south of Hawaii was taken over by the US Navy in 1934 and became a fuel station for aircraft, chemical weapons storage, and site to tests atomic bombs. The last soldier left the island in 2001. 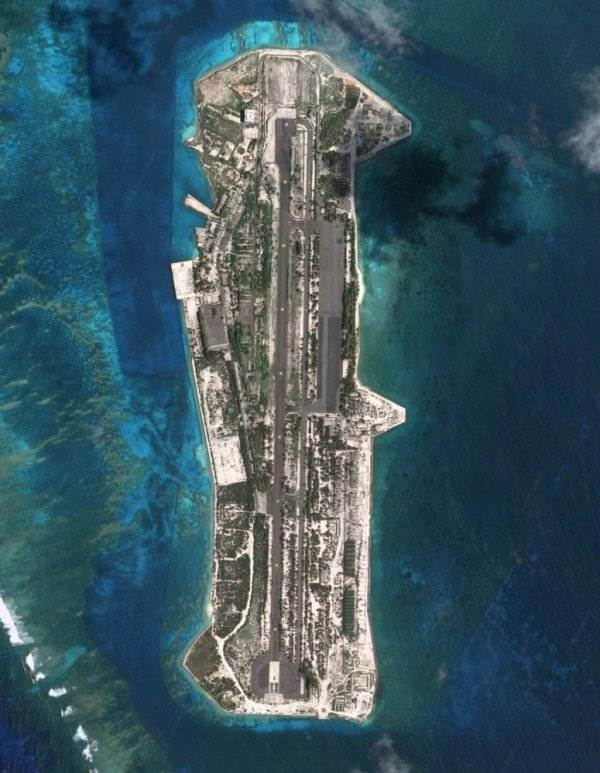 The site was originally a Nazi military-technical college, but during the Cold War, the US repurposed it to spy on the Soviets. After the fall of the Berlin Wall, Teufelsberg Listening Station was abandoned. 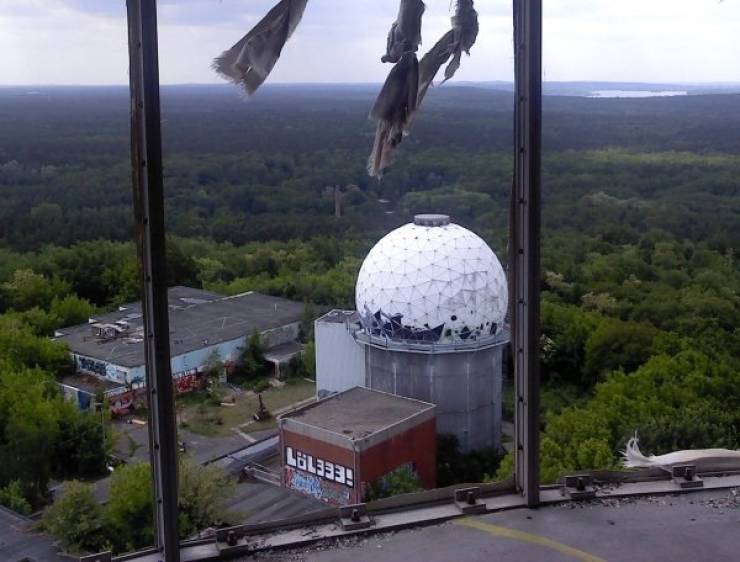 In 1882, the Russian Empire aimed to build nine fortresses across Lithuania. The final base, Kaunas Fortress, was finished just before World War I. Kaunas entered the war when the German forces attacked in 1915. After World War I ended, Kaunas Fortress was left completely abandoned for years.

However, the fort received attention when Nazi Germany overtook Lithuania during World War II. They used Kaunas Fortress to detain, interrogate, and execute tens of thousands of Holocaust victims. The fort remains as an eerie, grass-covered reminder of the tragedy. 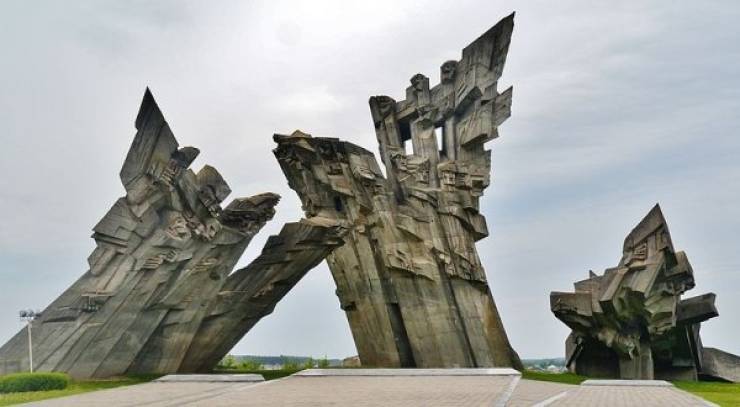 The military base on Askold allowed the Russians to spy on the Japanese and build mines that would protect their maritime routes. Today, nobody lives on the island, although it is open for tourists. According to rumors, dozens of gold deposits still lay undiscovered on Askold. 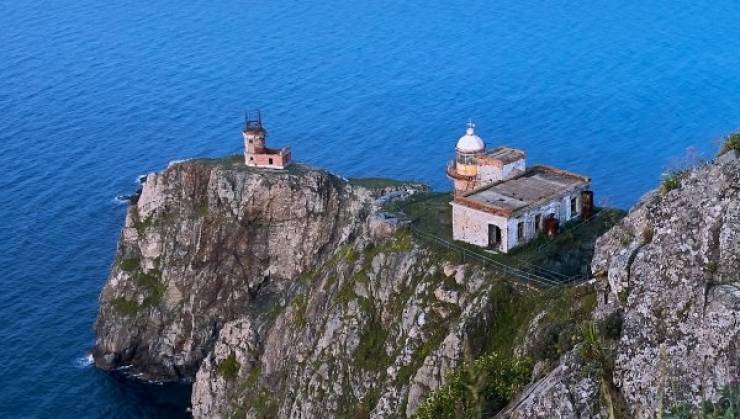 The 490-foot-high fortress is a remnant of the Soviet Union from the 1970s. The facility containing the Duga Radars acted as a warning system for missile strikes. The towers were kept top-secret at the time and the government disguised it as a children’s camp.

The station remains abandoned only 6 miles away from the site of the Chernobyl nuclear disaster. 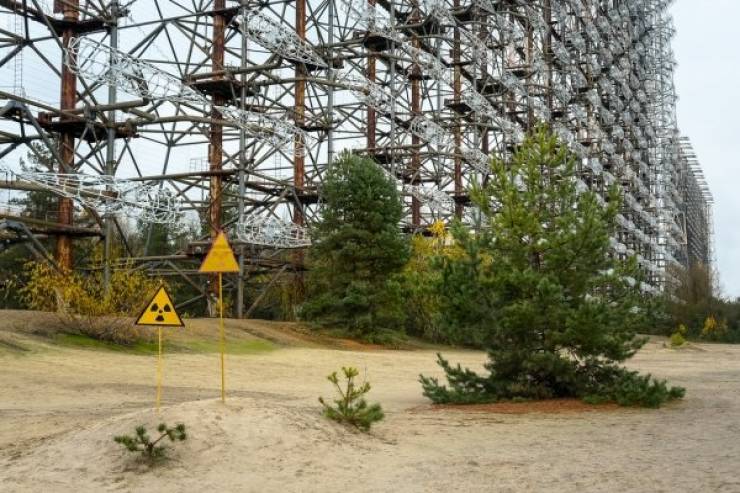 Six miles south of Arcadia, Florida, sits the Carlstrom Air Field. The base was built in 1917 during WWI to house several Air Service squadrons. Although the site is completely abandoned today, it still has several wells, runways, hangars, and hospital machinery. 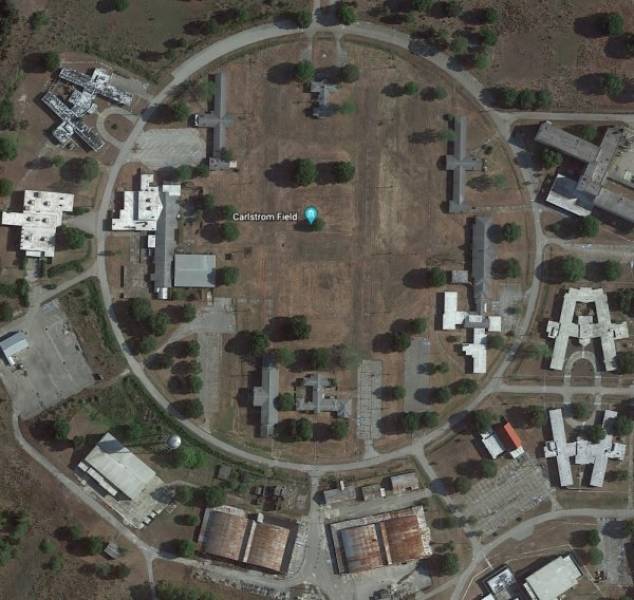 In 1859, England believed that the French would invade at any moment. To prepare, the Royal Commission built several forts along Portsea Island called the Palmerston Forts. These naval bases stretched 200 feet across and held 49 cannons.

Although the Palmerston Forts never fought the French, they did see some action in both world wars. In the 1950s, the forts were decommissioned. One of the forts, called No Man’s Land, opened as a luxury hotel in the 1960s before it closed once again. Now, the Palmerston Forts remain abandoned. 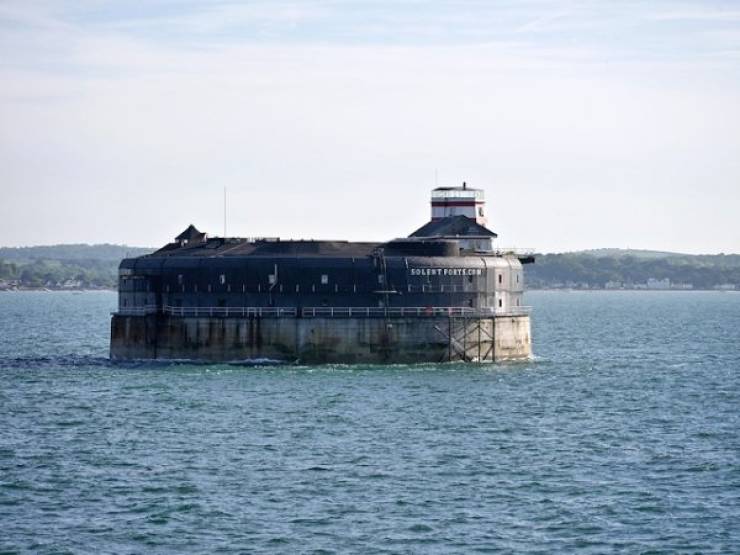 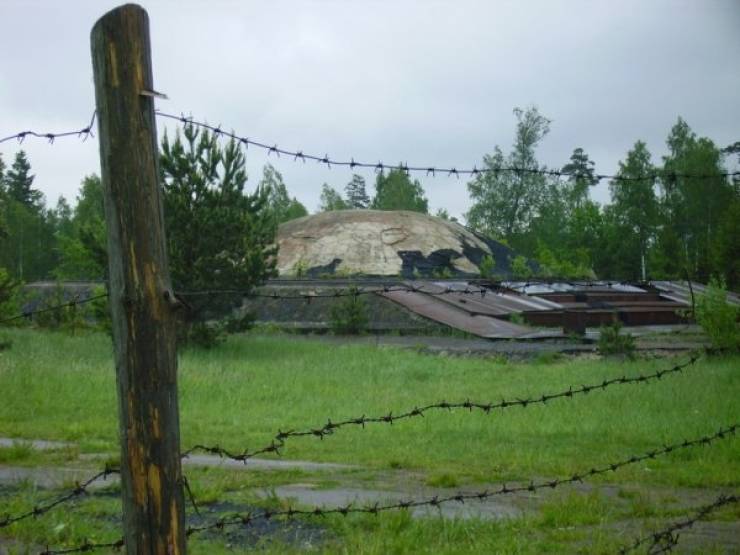 If you head to Nekoma, North Dakota, which has a population of 24 people, you’d see a futuristic-looking pyramid in the distance. The Nekoma Pyramid was built during the height of the Cold War to operate as a radar system and missile silo.

The government left the Nekoma Pyramid in the ’60s. Today, the base still stands in the middle of nowhere and is the subject of several conspiracy theories. 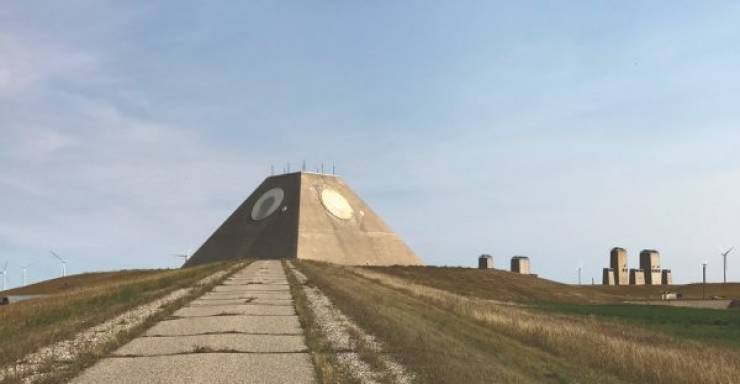 Imari Kawanami Shipyard is one of the most famous abandoned sites in Japan. The shipyard was built in 1851 to store boats and torpedoes including the infamous Kaiten (Human Torpedo).

Human torpedoes were secret naval weapons in which pilots rammed the vehicle directly into their target. During the war, Imari Kawanami housed around 2,500 soldiers, but it closed down in 1952. 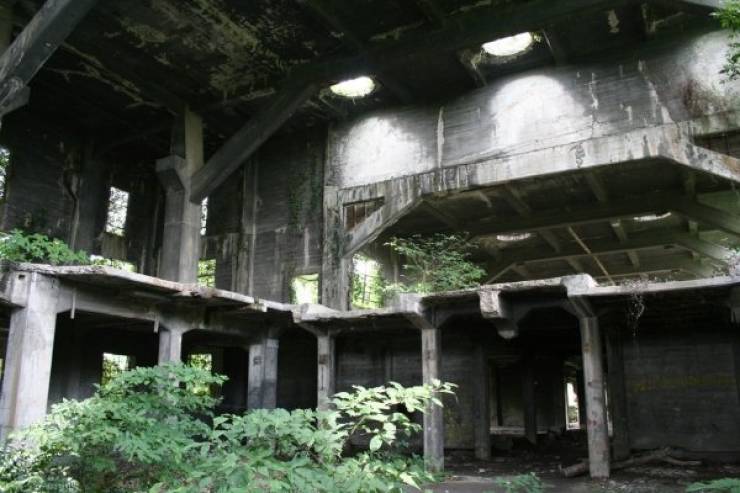 If you know where to look along the Alps, you can find several camouflaged Swiss bunkers containing nuclear shelters, cannons, tunnels, and railway systems. At least 20,000 military bunkers have been discovered throughout Switzerland, although the exact amount is not known. 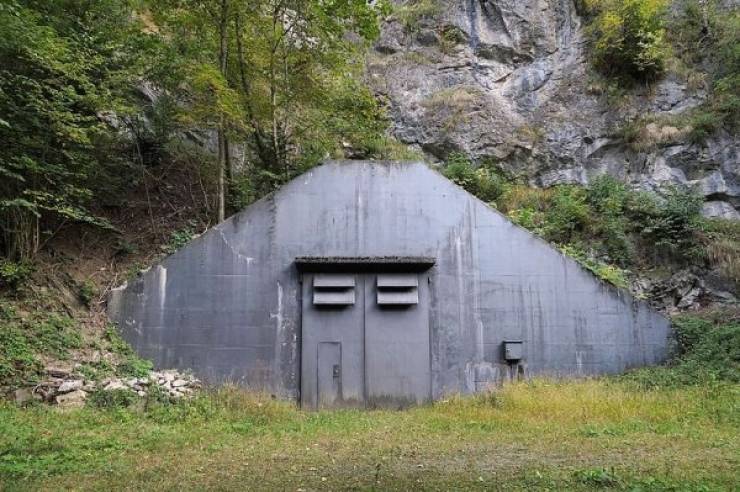 The history behind Monte Moro Bunker in Genova, Italy, is shrouded in mystery. When Italy declared war on France during WWII, the people of Genova received the first hit.

It’s unknown when the army abandoned Monte Moro Bunker. But today, nobody uses the fort. It has three batteries, one of which can be reached by car, and the rest has been built into the hillside. 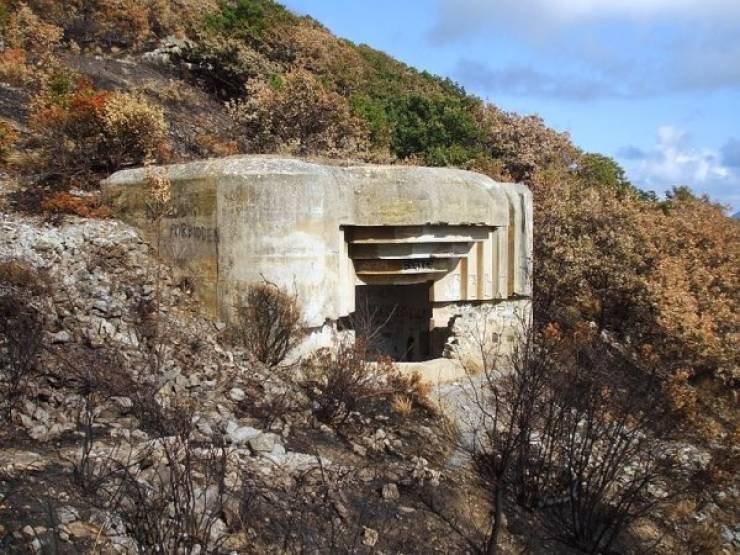 The Fuchū Air Base, in Tokyo, was built in 1940 to station Japanese aircraft during the war. Although soldiers left the base in the ’70s, you can still see the giant eroding disks and communication towers in the distance. 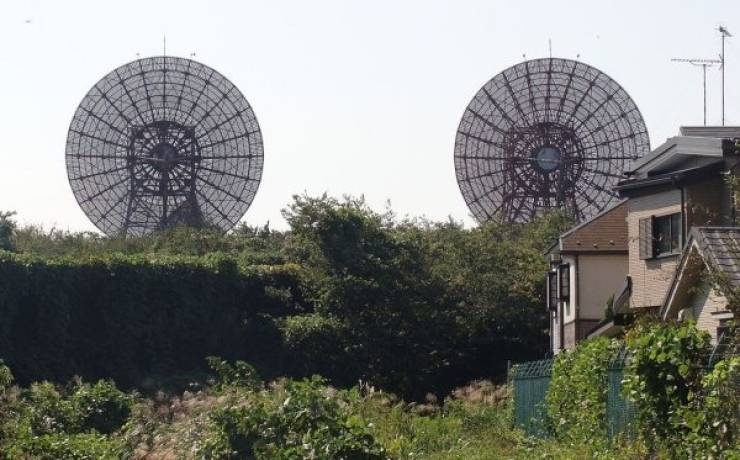 In 1941, the American Navy overtook the small Puerto Rican island of Vieques and built a series of secret concrete bunkers that stored ammunition during World War II. The Vieques Bunkers also became a testing ground for weapons, since hills completely obscured the structure.

By 2003, residents had become irritated by the constant military occupation and repeated protests forced the Army to withdraw from Vieques, leaving the bunkers untouched ever since. 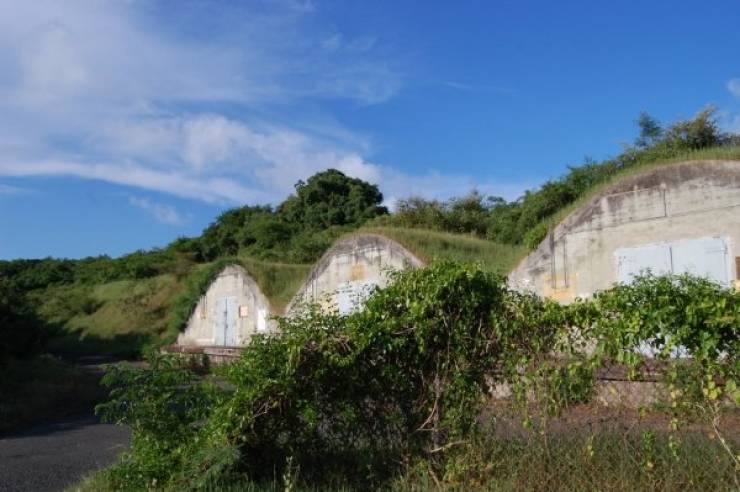 The abandoned bunker in Ketrzyn, Poland, holds disturbing memories of the Nazi regime. The Wolf’s Lair was one of Adolf Hitler’s headquarters and hideouts during WWII. It is now covered in moss and plants from the surrounding Polish forest.

The Wolf’s Lair is most well known for Operation Valkyrie – An assassination attempt on Hitler where one of his colonels detonated a bomb inside of the headquarters. Miraculously, Hitler survived the blast with few injuries. 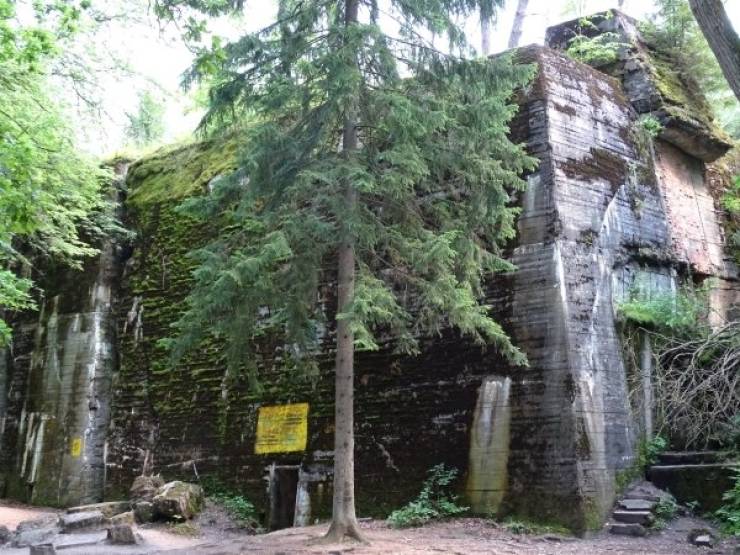 Pointe du Hoc Base, which lies on a cliff overlooking the English Channel, was a turning point during the Battle of D-Day. The Germans fortified Pointe du Hoc in 1943, but in June 1944, American forces scaled the 100-foot-tall cliffs to reclaim the base. Today, the Pointe du Hoc Base is an American battle monument. 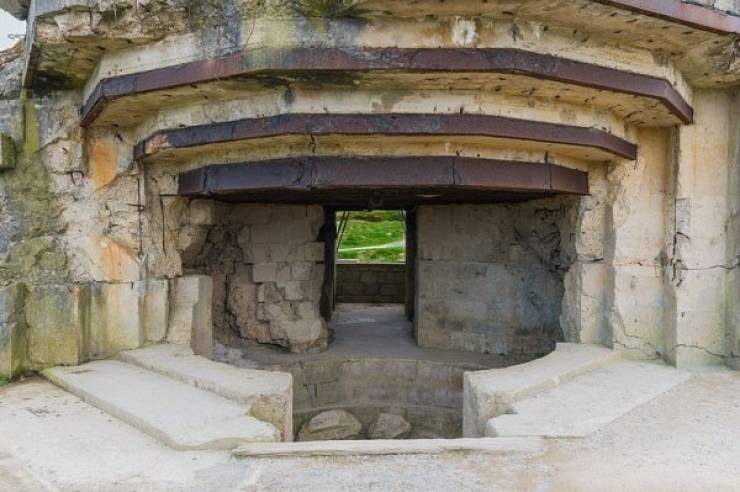 Vodka 5 month s ago
#7 Duga - What do you think Chernobyl was really about?
Reply
0

Pretty 5 month s ago
I don't know. What do YOU think Chernobyl was really about?
Reply
-1

Because 5 month s ago
What Chernobyl are you about really ?