Guy Adopts A Kangaroo, But Doesn’t Know About It (19 pics) 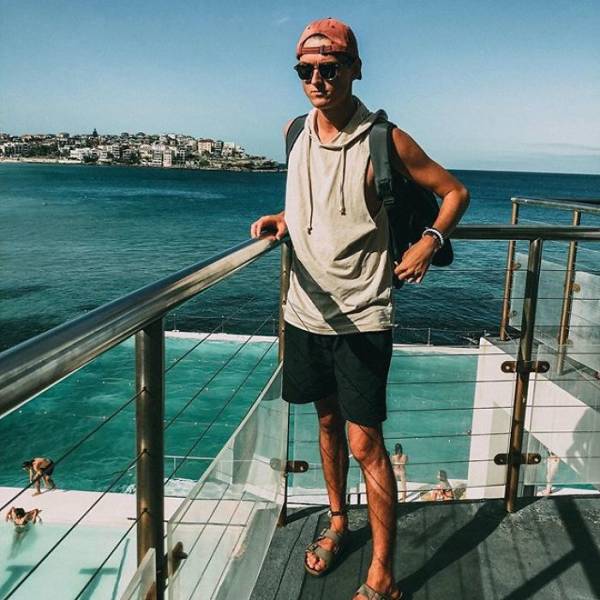 Even though Peyton adopted Poppy on New Year’s Eve, he was oblivious to the fact up until few months into 2020. “Every week since 2 January, I was having $5 automatically deducted from my checking account. This was also around the same time I had renewed a bunch of services I normally use that require monthly payments (Spotify, Amazon, Netflix, etc) so I really didn’t think too much of it for a while as I thought it was just some fee or tax or something.” 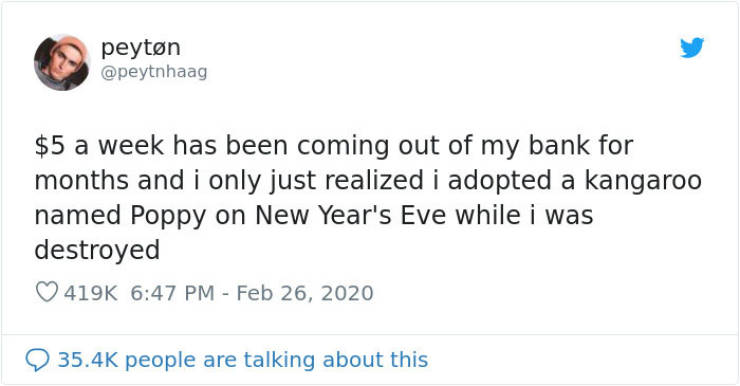 The catch is, he only understood it months later after multiple $5 donations

But after doing some digging and connecting the dots with the note he had put in his phone on the big night, he found out he’d adopted a baby kangaroo. “This was until a few days ago when I noticed that it was happening weekly instead of monthly which is not normal at all for subscription services so I tried looking into it and found that it was a wildlife and environmental group.” 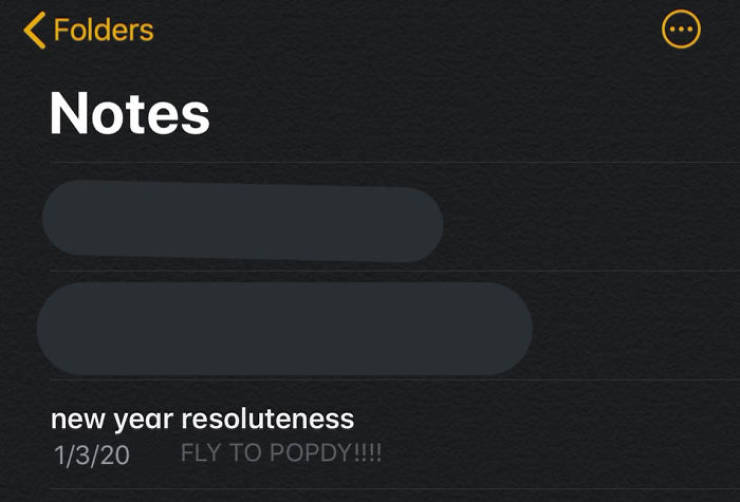 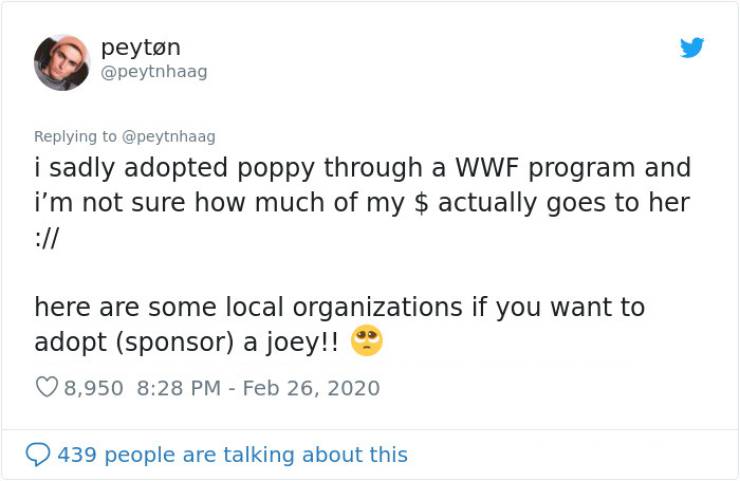 “After A TON of digging, I found a receipt in my student email that said ‘Thank you for your donation! Your sponsorship will go towards all kinds of animals in need, including this injured joey named Poppy.'” 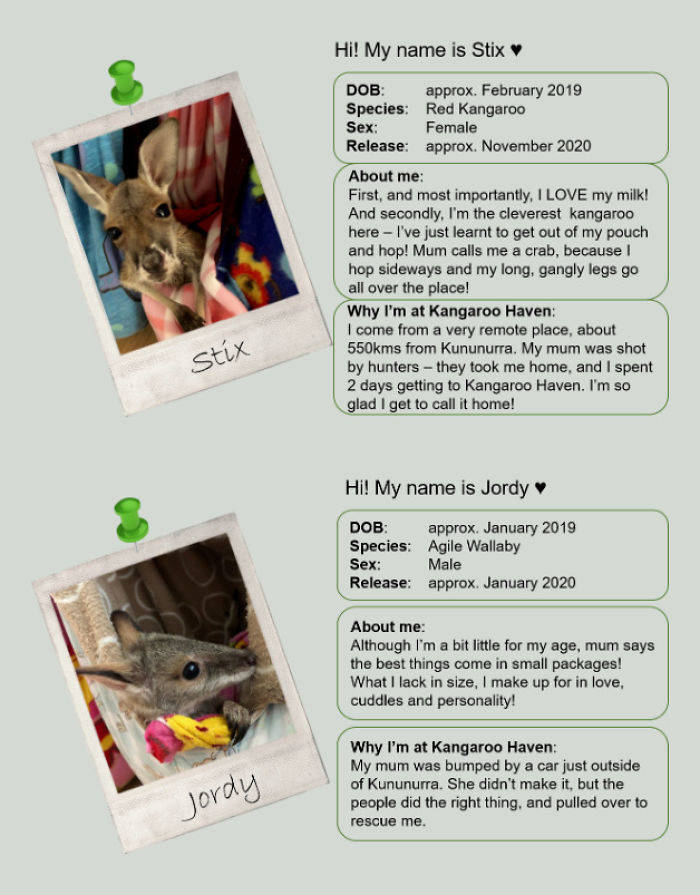 After realizing his mistake, he still didn’t want to abandon the idea completely and therefore now sponsors two kangaroo joeys via another foundation 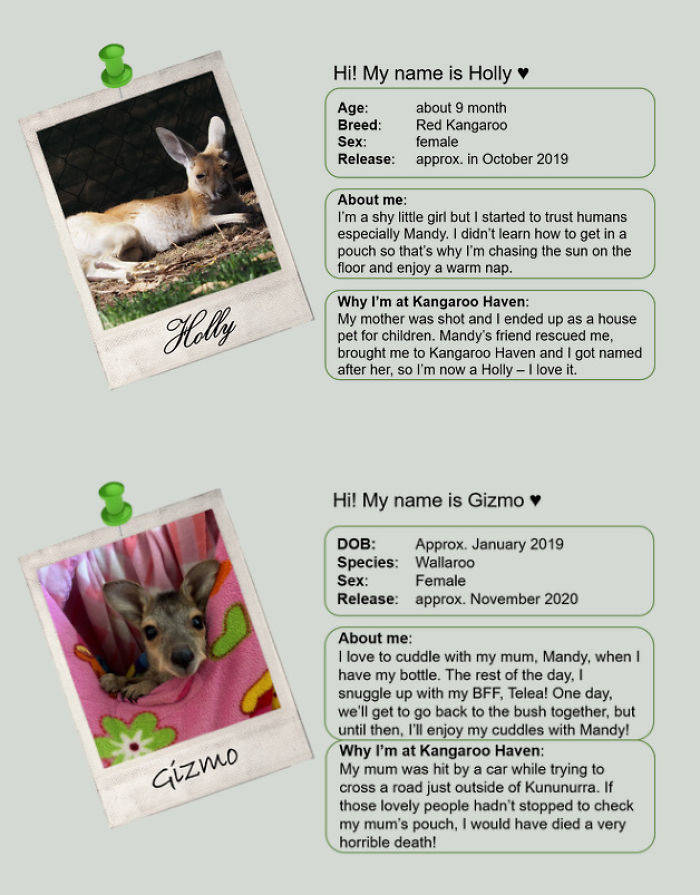 “I assume I was inspired to adopt a kangaroo that night as this was also around the time of the Australian wildfires were very bad and having studied abroad in Adelaide for five months, I am very attached to the country!” 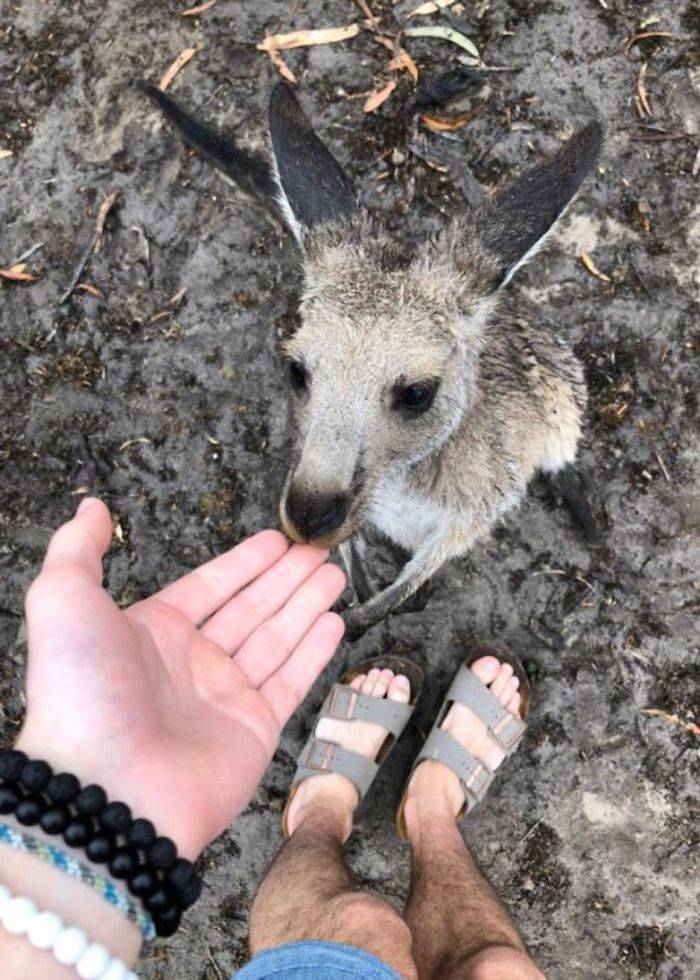 Sadly, it turns out the organization he drunkenly chose wasn’t sending all his donations towards the animals. Therefore, he decided to stop his donations. But he didn’t have the heart to stop it completely, so now, he’ll be donating to another foundation where he’ll be sponsoring two different joeys. 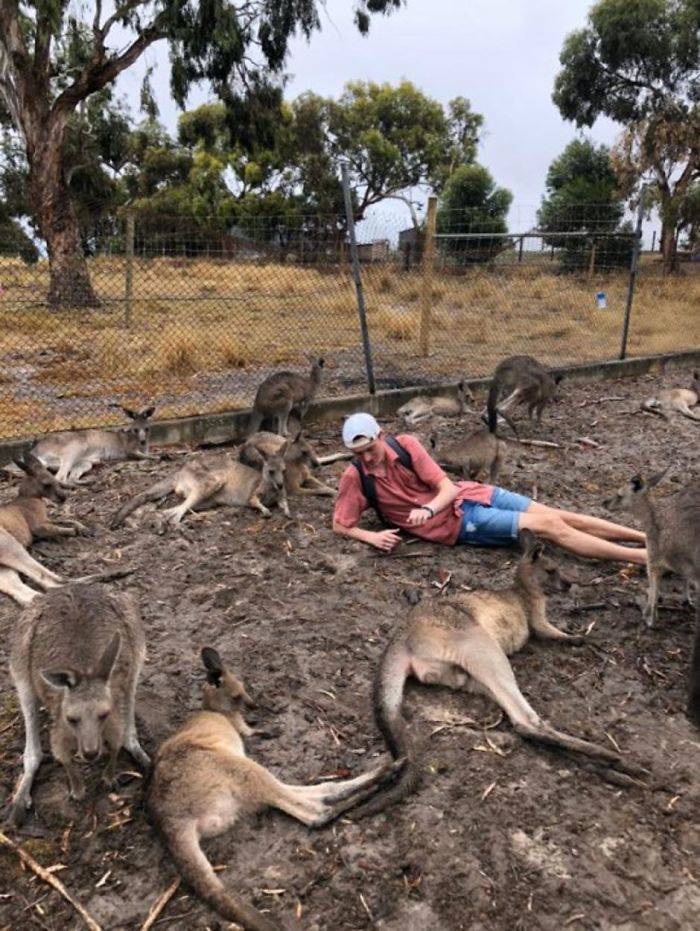 “I assume I was inspired to adopt a kangaroo that night as this was also around the time when the Australian wildfires were very bad,” he said 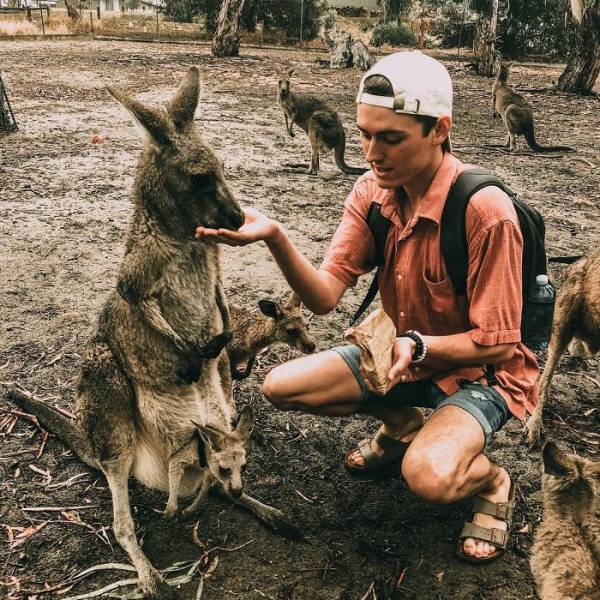 If anyone feels like donating as well, after loads of research Peyton recommends donating to these organizations: 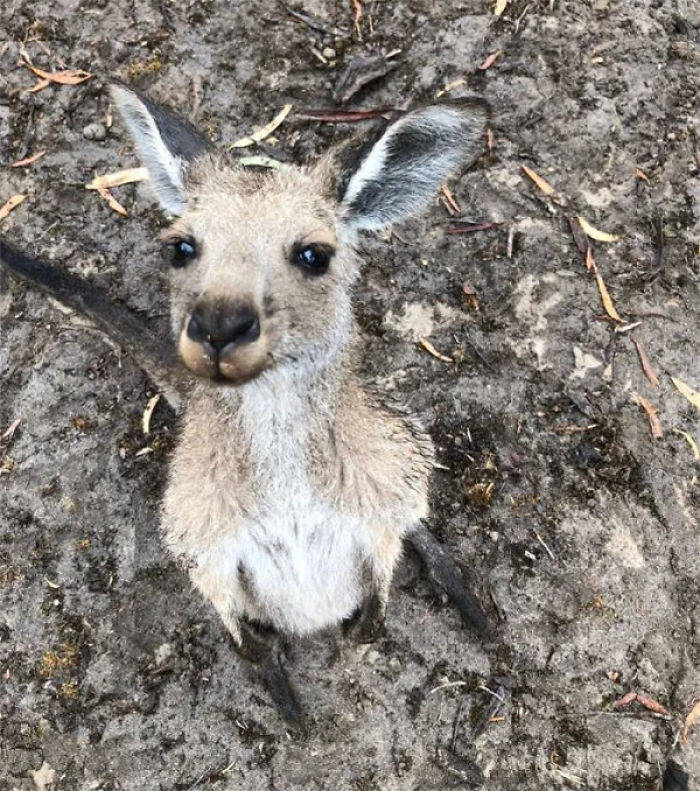 Kitten 1 year ago
Yeah do your homework on where to donate (when sober)
I worked for a place that collected donations for cancer patients when I was younger and found out not even 10% went to helping and where I worked claimed to be nonprofit.
Reply