It Appears That Arnold Schwarzenegger Is Quite A Wholesome Redditor! (19 pics) 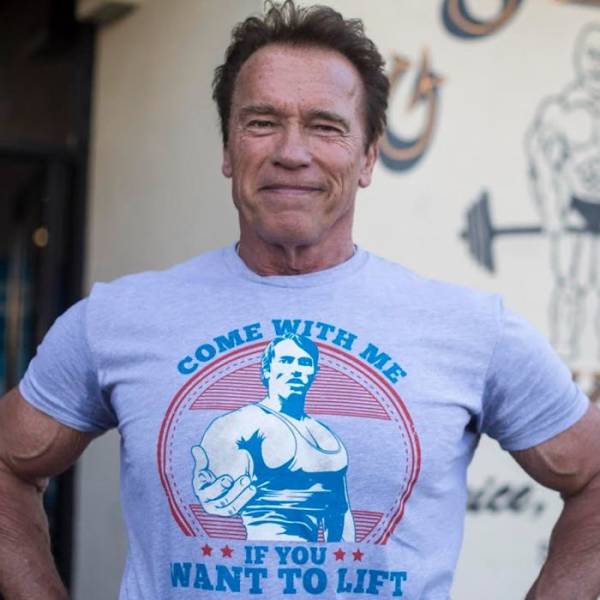 One Redditor pointed out that Arnold is not just a terminator, but also an overwhelmingly wholesome bro 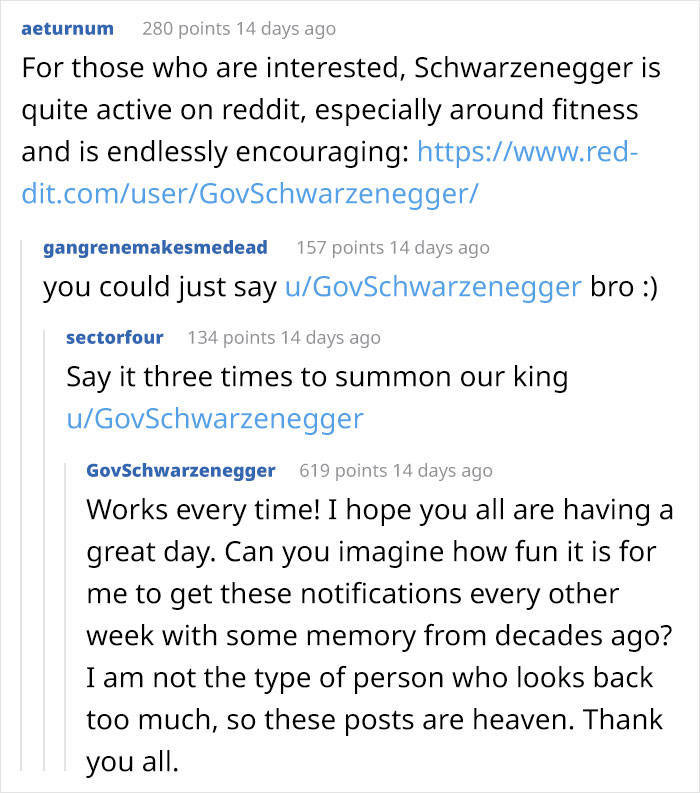 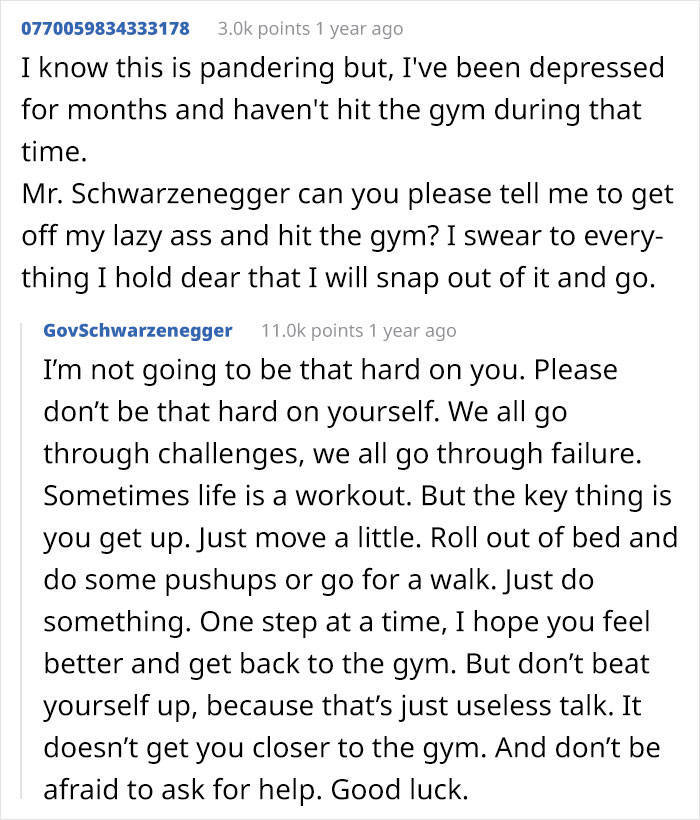 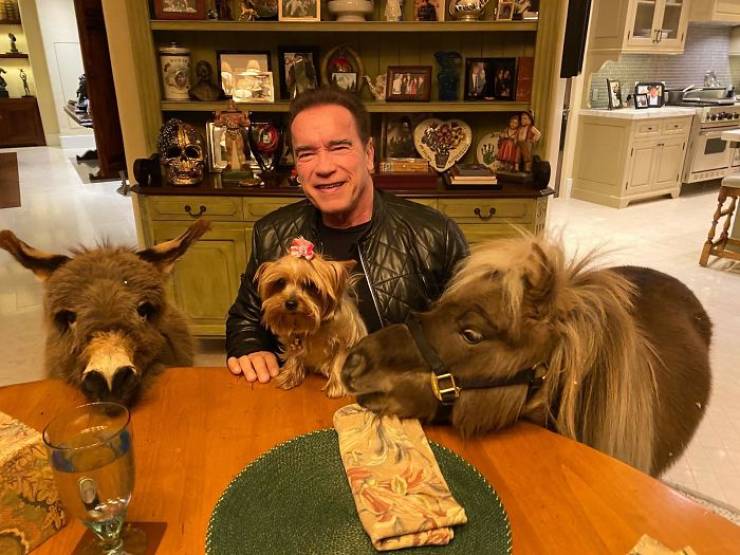 It turns out, the former Governor of California is a big animal person. Just take a look at this heart-melting pic he shared with Redditors. “Lulu is the mini-donkey. She’s new,” he wrote. He also introduced other members of the gang: “Cherry is the little rescue; her bite is meaner than her bark. And everyone knows Whiskey at this point.” 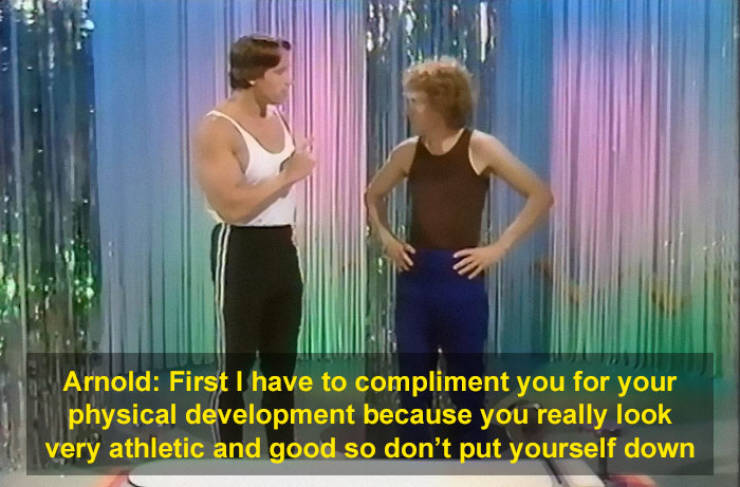 To which Arnold had an excellent response 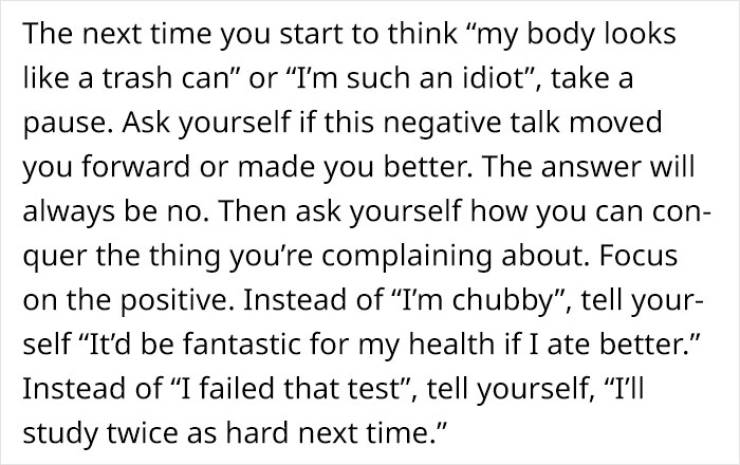 Arnold also turned to Reddit to invite his fans to an advanced screening of Terminator Genisys in Times Square five years ago. During a follow-up Q&A session, one fan asked him about his use of Reddit. He explained : “Well, as you know, I communicate quite frequently.” How could one not notice that? “And I love to listen to the reactions, and I think this is a great form of communicating. It is unfiltered, it’s just pure.”, confessed the former Governor. 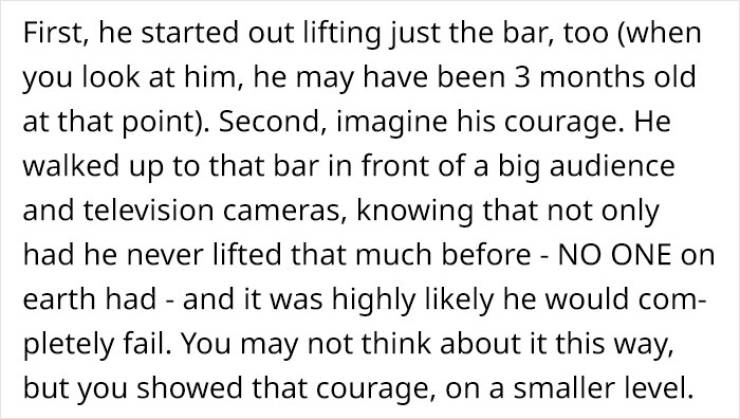 Arnold never misses a chance to cheer someone up, even when it’s him who’s being toasted 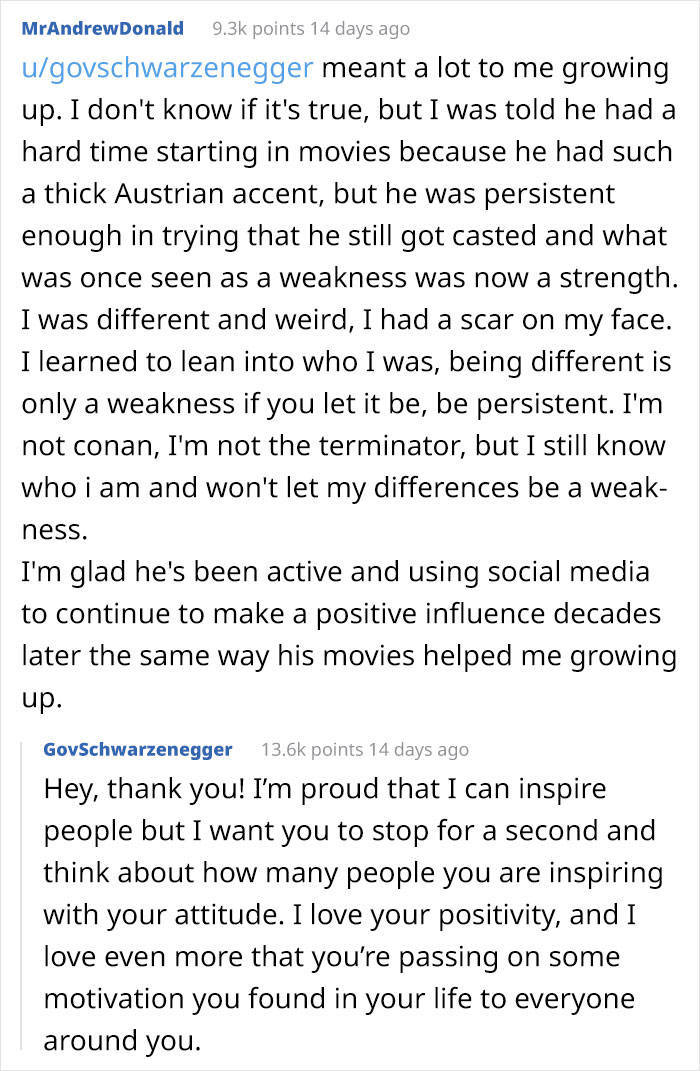 Plus, he’s a real animal aficionado! 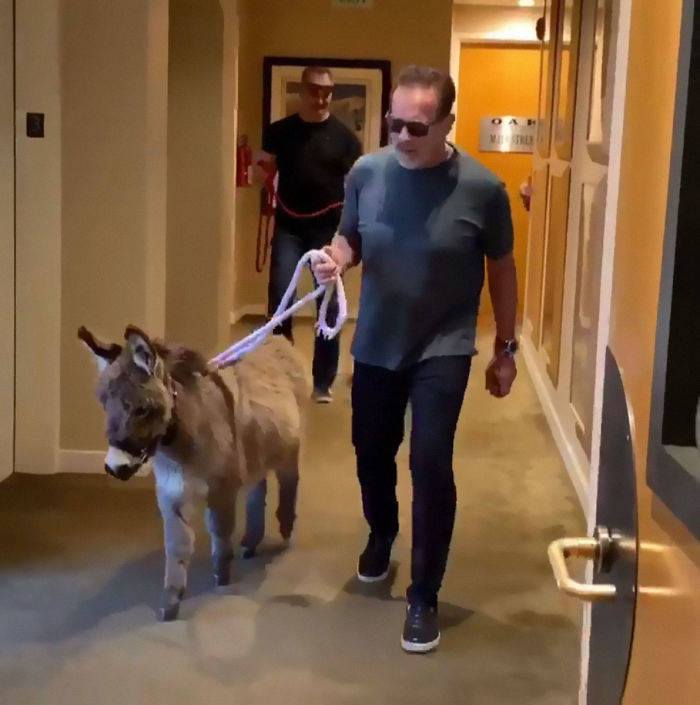 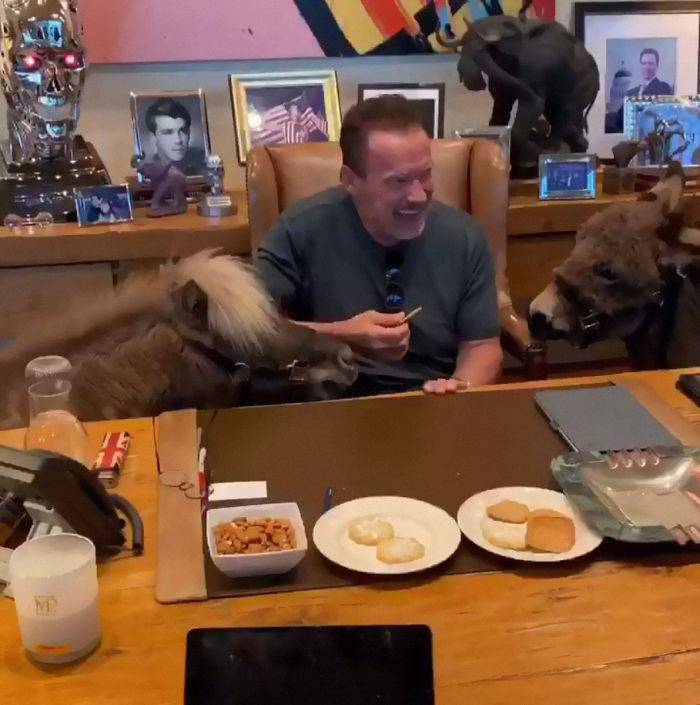 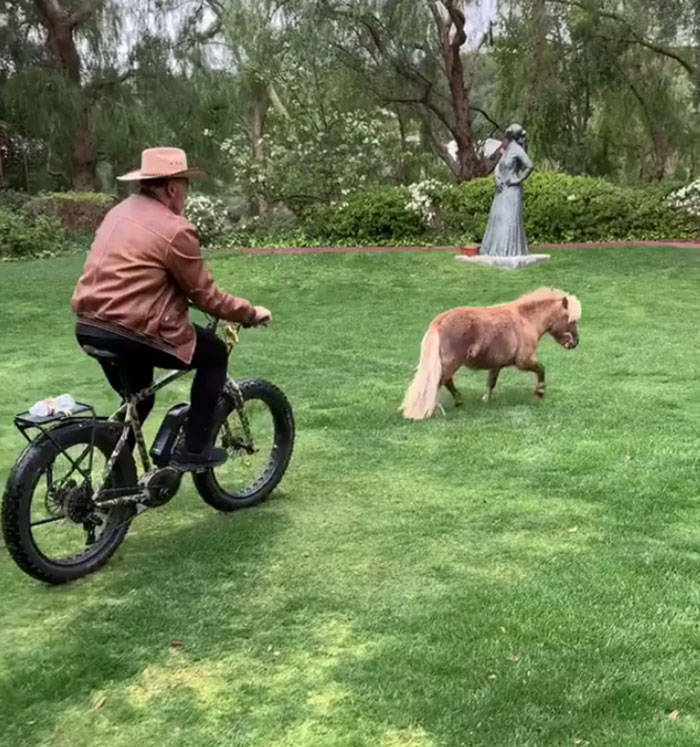 Arnie’s hack: “The best way to recover from skiing: jacuzzi and dog kisses” 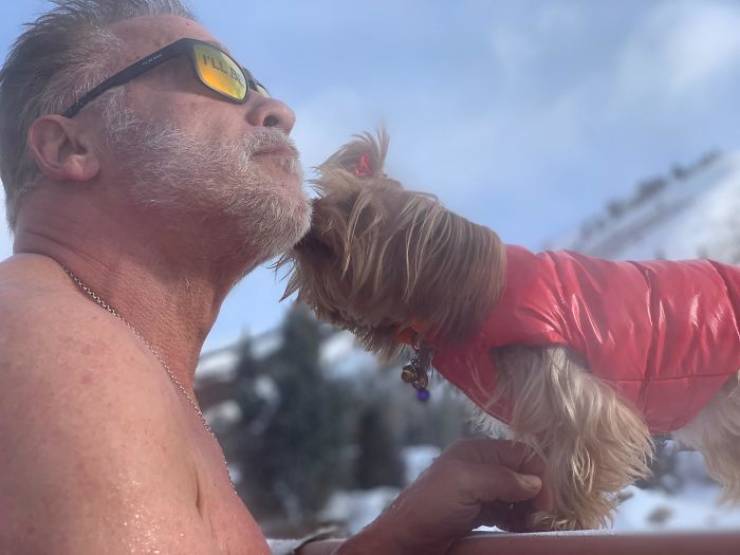 Cream 11 month s ago
Listen to Bill Burr on Arnold , He pulls no punches and what he says is true .
Reply
1

Harmless 11 month s ago
If you have any interest in fitness, nutrition or body building you can really do no better than to read this mans books. He knows his stuff, and funnier still, he faked his accent after living in the US so as not to upset his fans who he felt expected it. I actually picked up a mountain bike made in Kent, WA that Arnold had specially made to fit his large frame. Thing was huge! Long live Conan, the warrior king!
Reply
0