Guardians of the Galaxy

Having agreed on the fate of the orb they had fought so hard for, Chris Pratt takes it out to show it off. However, the orb falls from his hands, so he has to bend down quickly to pick it up, then return to the starting position as if nothing had happened, breaking the tense moment. The drop wasn’t planned but Pratt recovered so well it fit his character and stayed in the scene. 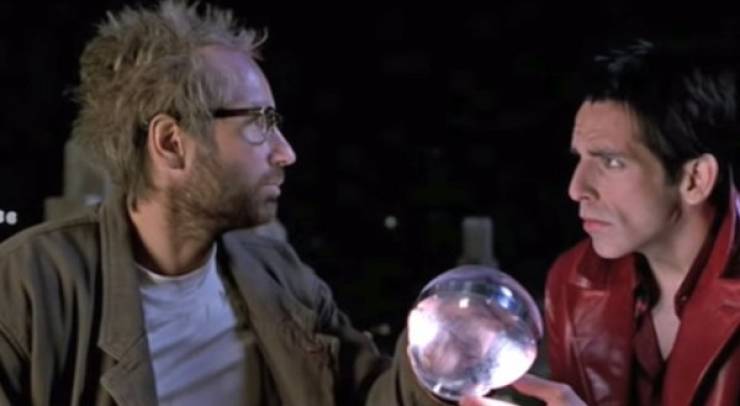 In the scene where the hand model played by David Duchovny finished giving the main character an elaborate explanation of Mugatoo’s plans, Zoolander asked again: “But why do they choose male models?” After an uncomfortable pause between the characters, Duchovny replies, “Are you serious? I just explained it to you.” The repeating of the question wasn’t planned, Ben Stiller had forgotten his line and Duchovny rolled with it. It made more sense for Stiller’s dimwitted character too.

Rogue One: A Star Wars Story 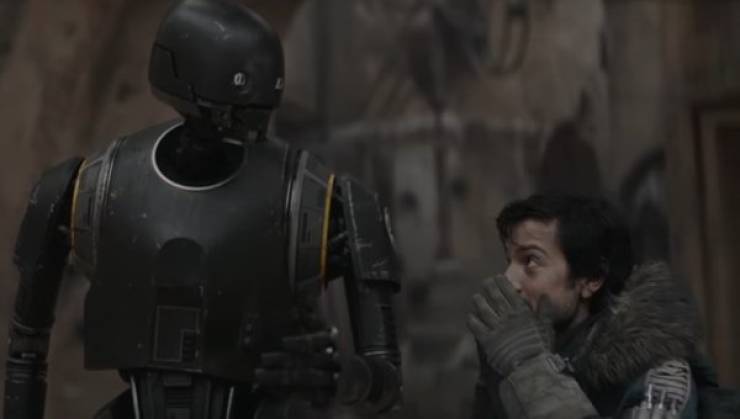 K 2S0 accidentally hits his partner, played by Diego Luna and instead of apologizing, he added, “And I have another one just like it if you talk again.” Luna started to laugh and covered his face but they decided to leave it all in.

Near the end, Tyrese Gibson tells Dwayne Johnson, “Save the baby oil.” and Johnson improvised, “You better hide that big-a$$ forehead.”

That comment was so unexpected that Ludacris could not help but laugh in the middle of the scene. The nature of the moment made it seem like they all had a history together and it was left untouched. 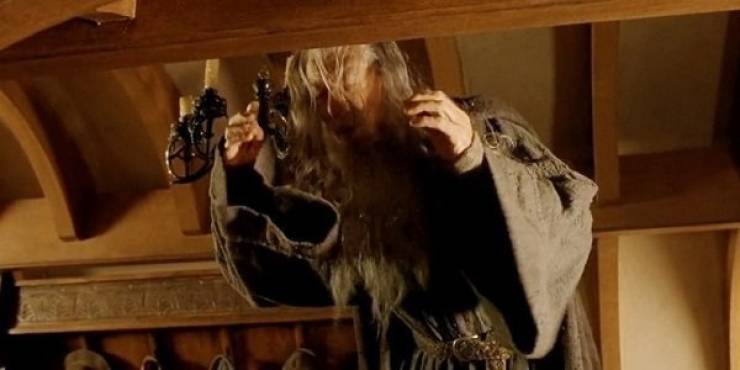 When Gandalf visits Bilbo, Gandalf was to bump into a candlestick to show how small Bilbo is in comparison. What wasn’t planned was Gandalf hitting his head on the roof beam, which became a great punchline to the moment. 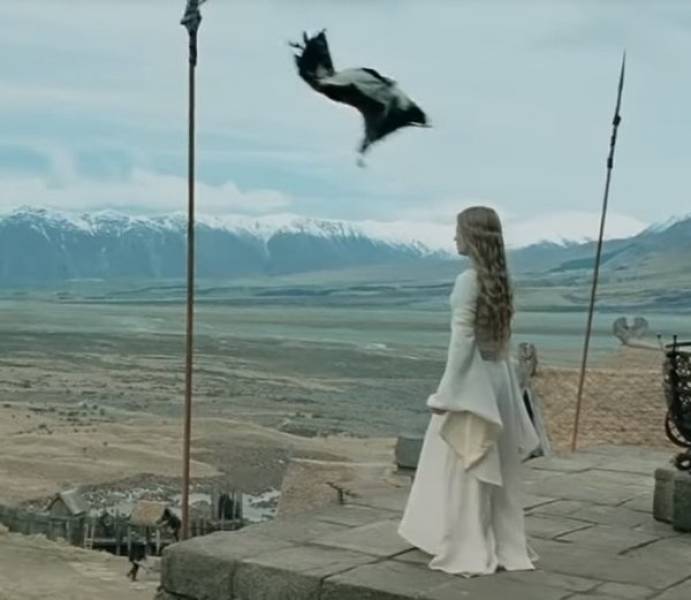 The moment when the flag is flown was not planned. It was so windy that day and the flag was apparently not tied very well. It stayed in the final cut as it was a beautiful metaphor for everything that would happen afterward.

As some stormtroopers search for C-3PO and R2-D2,  one hits his head on the door that was lower than he thought. The moment was funny to the director who not only decided to leave it but also asked production to add sound to the hit so it wouldn’t go unnoticed.

Indiana Jones and the Raiders of the Lost Ark 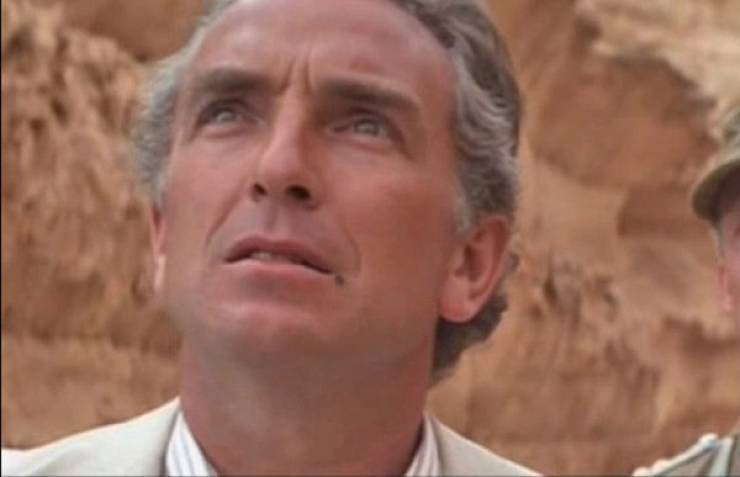 In the scene of the film where the villain is hired by the Nazis to develop an evil plan, a fly landed in the mouth of the actor, who continued to perform as if nothing had happened. It was later decided by the production team that the actor had swallowed the fly. 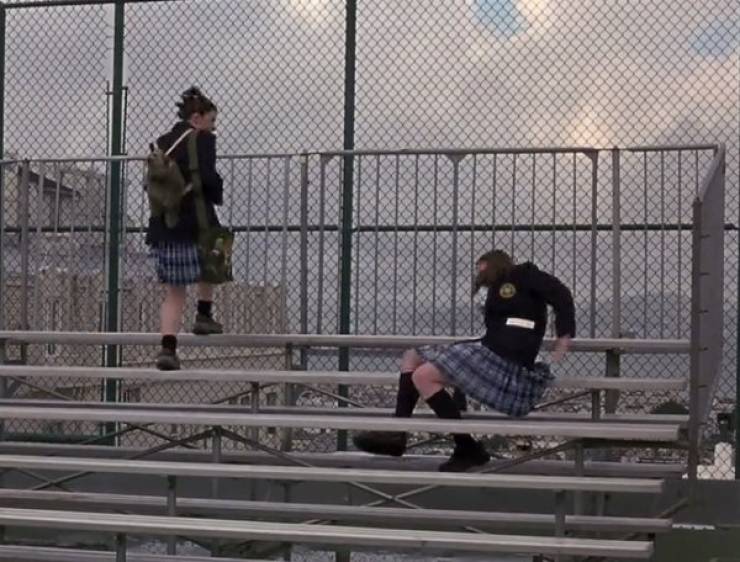 When Anne Hathaway talks to her friend while climbing the steps in the schoolyard, she accidentally slips and falls. Some people in the cast and crew wanted to go and help her, but she decided to continue the scene by laughing at her clumsiness and continuing the conversation she was having while in character.

The production had only one chance to do the hospital explosion and the scene was going normally until the switch to detonate the bomb failed. Heath Ledger stayed in character and continued to push buttons until finally, it worked. It was an unexpected comedic moment in an otherwise tense scene. 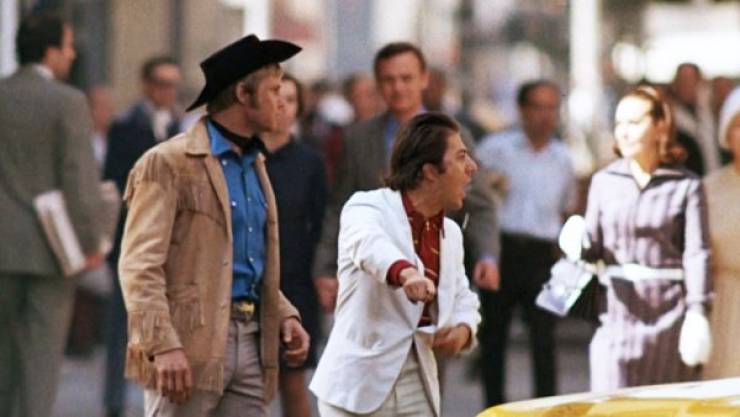 Sometimes you just have to get the shot, and in the scene where Dustin Hoffman was crossing a busy New York street the production hadn’t gotten permits to shoot. While Hoffman was trying to cross a car actually came close to hitting him, stopping just short, and causing Hoffman to shout his iconic line, “Hey, I’m walking here!”

Concern 11 month s ago
@Christmas: well, if you say so, without pasting a link, using a random name, I guess we have no choice but to believe you.
Reply
1

First 11 month s ago
@Concern I see incorrect 'facts' posted on here by the site on a continual basis. No one *ever* asks the site to produce proof. So why not believe a commenter?

I live near very near to LA; I know people who work in the film industry. Around here, a lot of people would have firsthand knowledge of that sort of thing, so it wouldn't be unusual to hear from someone who knows something such as that.
Reply
2

Energy Inn 11 month s ago
#12 is just not true. I was involved in this movie and this is just a lie.
Reply
0

Mission 11 month s ago
Way to go @Energy Inn. I wonder how many people bothered to notice that there was no #12? Unless you have a problem with the ad for Safe-Dry Carpet Cleaning!
Reply
X
>
1/1
<