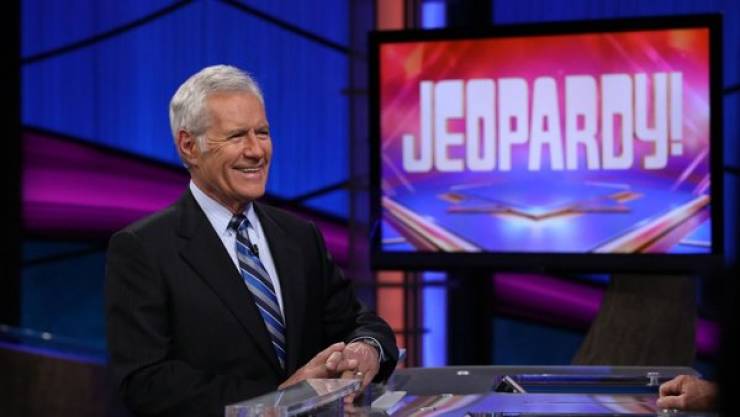 Contestants didn’t always have to wait until Alex Trebek was done speaking to buzz in. During the first season they could answer as soon as the question was revealed. 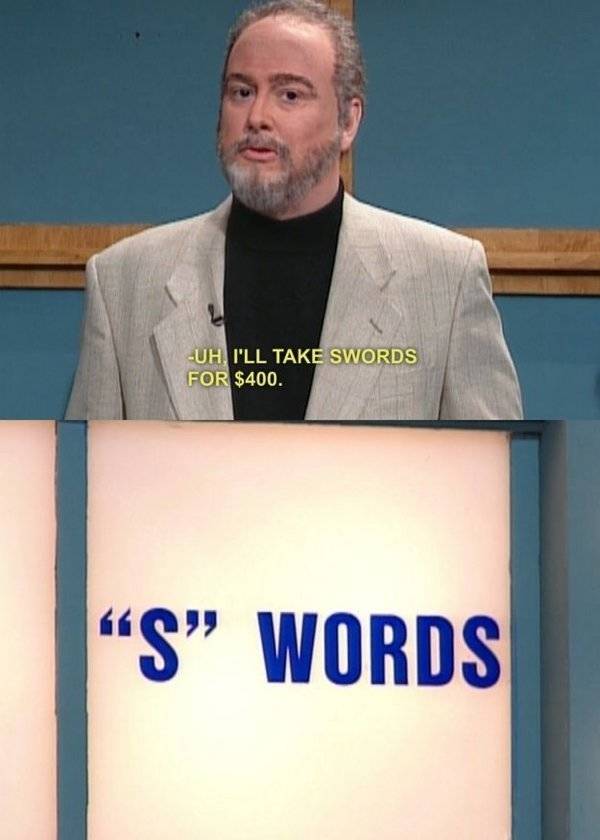 If you buzz in too early there’s a quarter-second penalty. 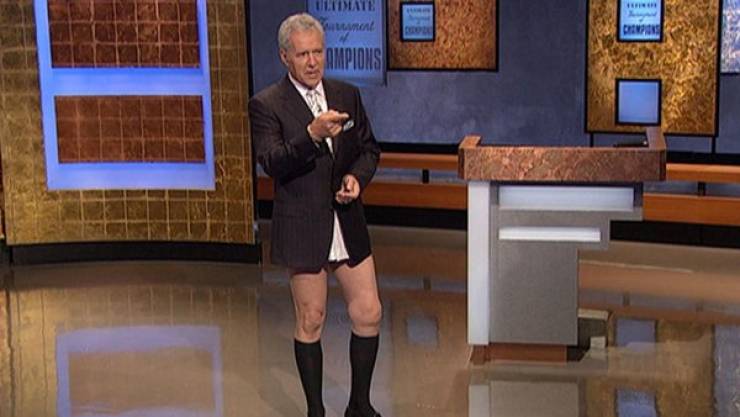 Alex Trebek once opened the show wearing no pants. It was during a tournament of champions and he said he did it to put the stressed contestants at ease.

When all three players miss a question, they call it a “triple stumper.” 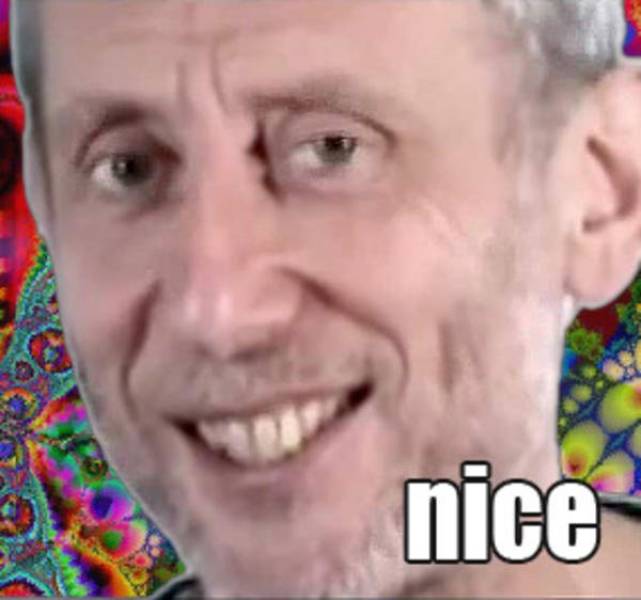 Wagering $69 is against the rules. 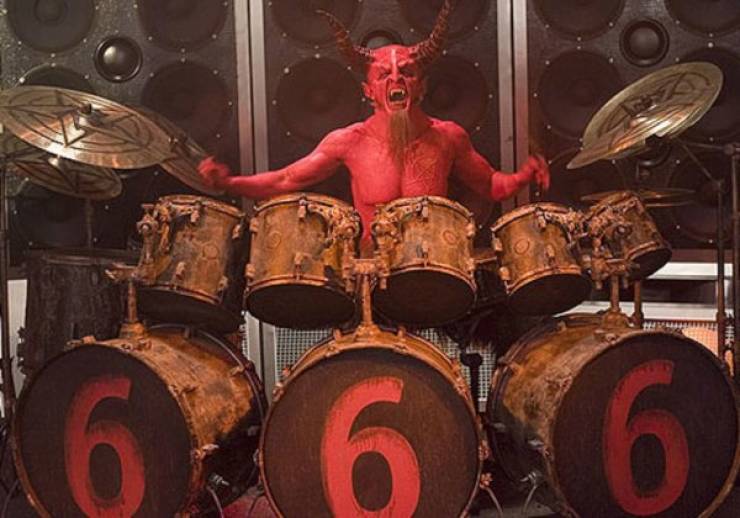 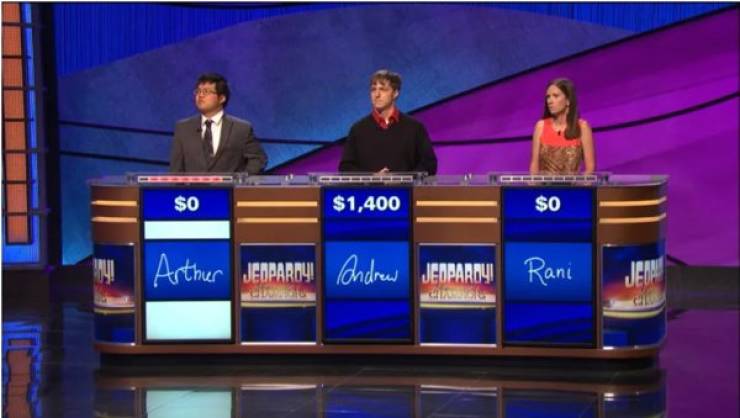 Contestants are told to ignore other contestants’ personal stories and concentrate on their game instead. 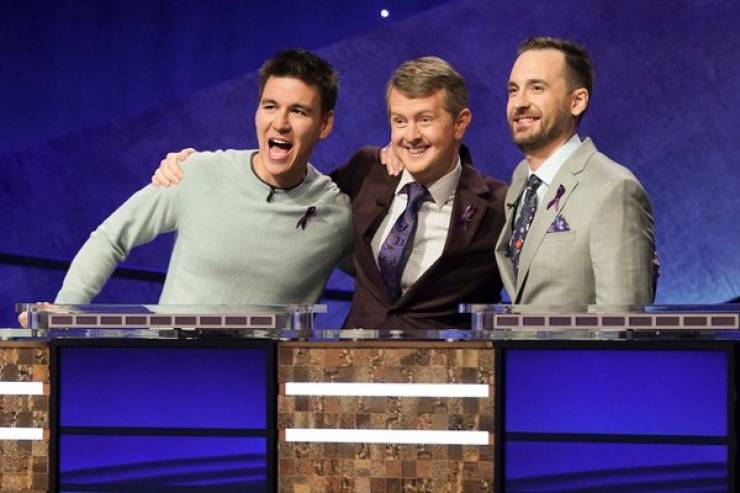 Contestants give coordinators a number of interesting anecdotes to choose from but they never know which one Alex will go with. 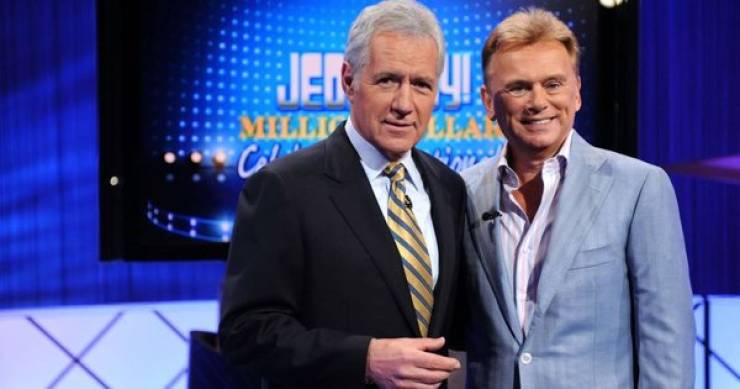 Alex Trebek and host of Wheel of Fortune Pat Sajak once switched roles for an April Fools’ Day lineup.

Each season, 13,800 Jeopardy! clues are written, including the 230 Final Jeopardy! clues. This impressive feat is achieved by a staff of eight researchers and eight writers plus a head writer. 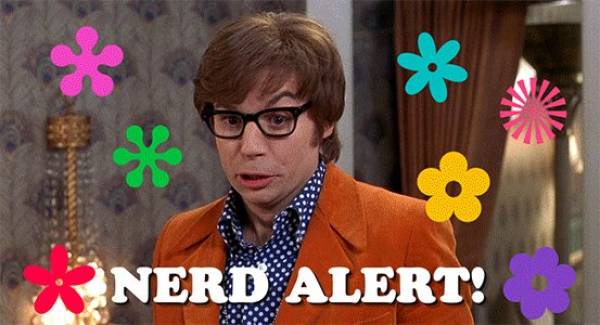 There’s an online database with nearly every question every asked on the show, to the tune of nearly 400,000 clues. 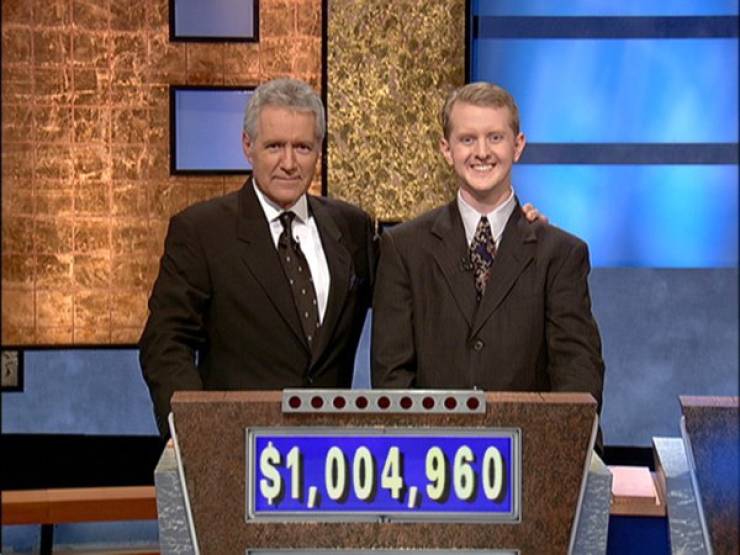 The show runners don’t expect big reactions from winners. They know they’re dealing with a bunch of nerds so they just ask for big smiles. 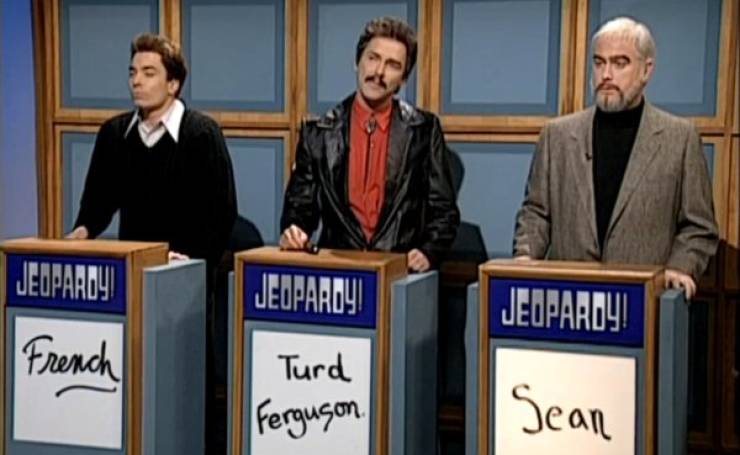 Players who end up in the red don’t have to pay the money back. In fact, they still win money: Second place gets $2000, while third-place receives $1000.

Alex Trebek plans to end his run as host “on a whim”.

The show recommends moving methodically down the board by category. It was the method Jeopardy! GOAT Ken Jennings employed.

Not every game has a winner. Occasionally, all three contestants wager everything in Final Jeopardy and end up losing it all. The last time it happened was in 2016.

Alex Trebek watches himself on the show almost every night.

Jeopardy! has been canceled twice. It was canceled in 1975 and brought back for a brief six-month run in 1978. It wasn’t until the 1984 revival with Alex Trebek at the helm that the show finally achieved the success it’s known for today.

Stuck 11 month s ago
Never knew about a lot of these, and it's my all-time favorite game show.