Apple Product, 1990ish. Didn’t see a serial number. Thing underneath it is a keyboard that was stored with it, unsure if related. 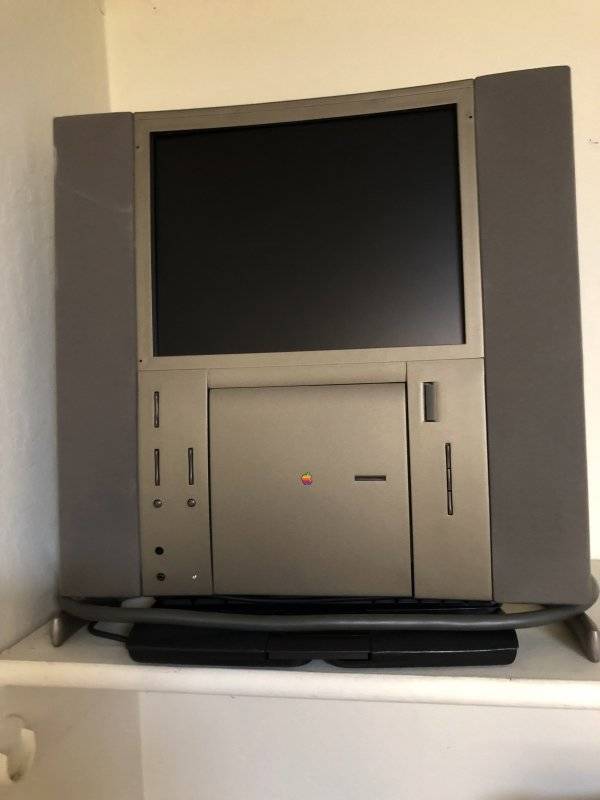 On the underside of our cabinet in the house we recently bought, built in the 70s. Plastic with metal teeth on one side, very dull. Each side is ~4 inches long. 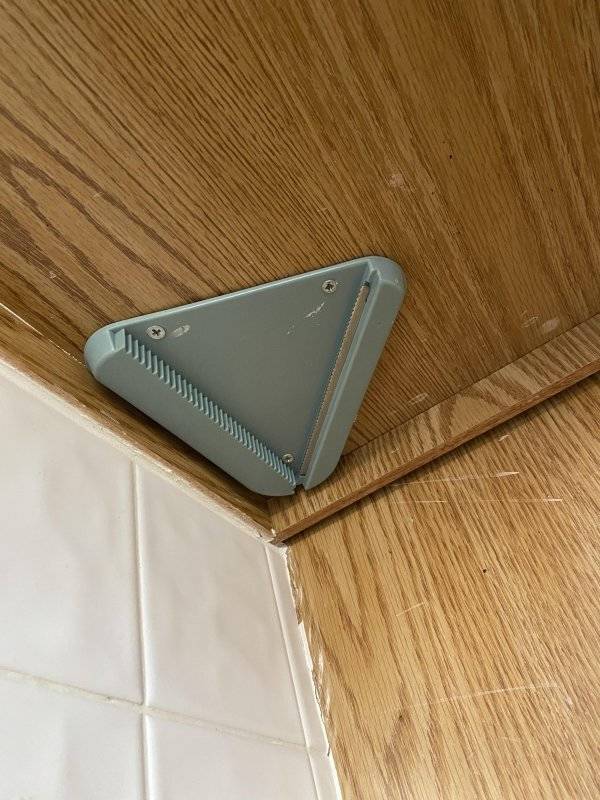 Comes with my package and I think they have put it in by accident. I feel like most people would know what this is 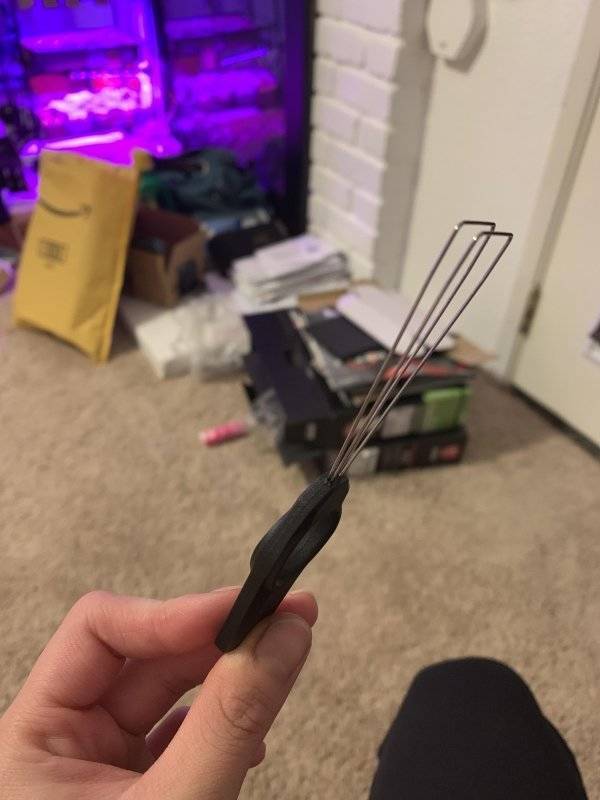 Pull Keys off the keyboard.

Rounded cylindrical thing with a axial hole my neighbour got from antique shop. 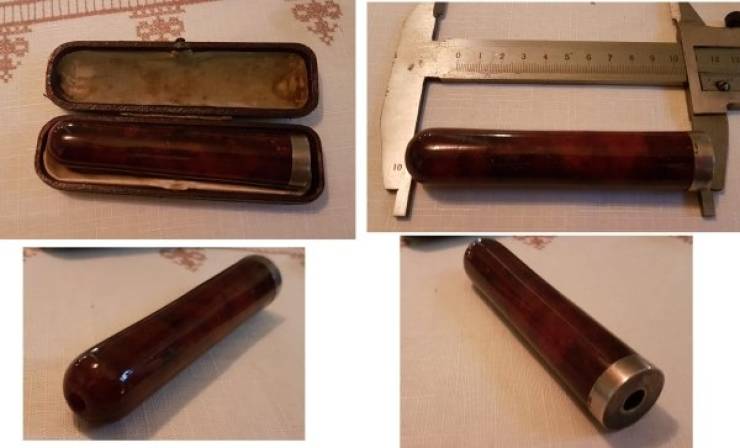 A friend from Northern Canada found this buried. Over 6 feet long and hollow on the inside. 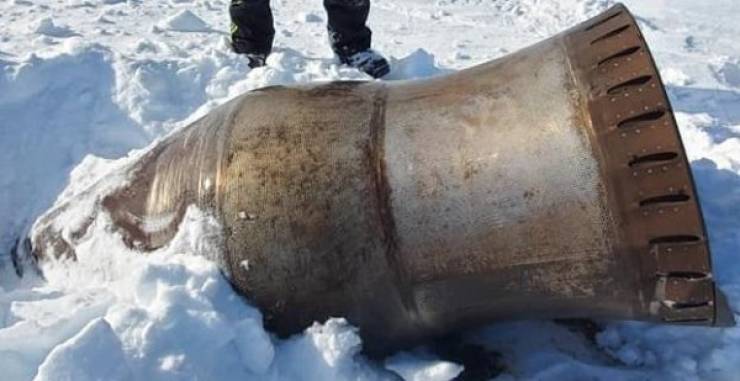 Someone left this on the side of the road. I didn’t feel it so I’m not sure what its made of but I know it’s heavy enough to survive the wind for a day before somebody picked it up. 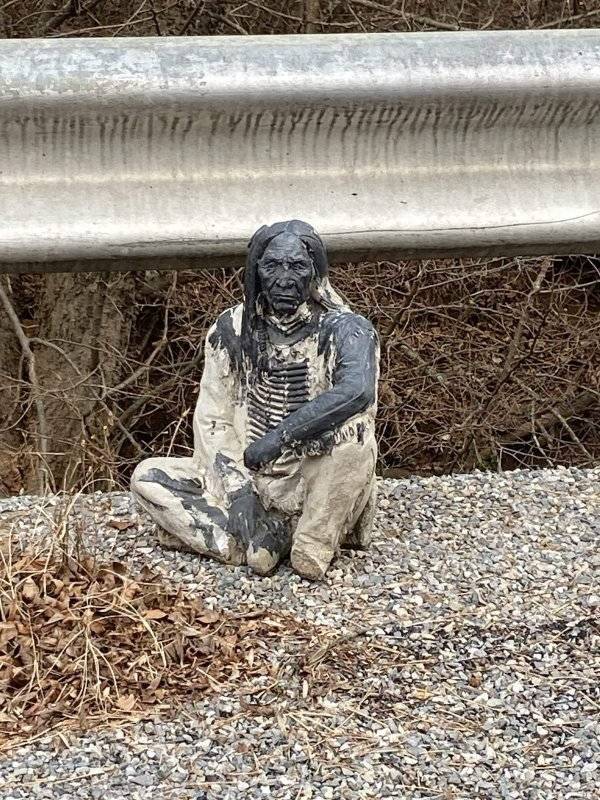 This is a ceramic available in a slip mold, the kind anyone can do at a paint-your-own ceramics class.

Found in the dirt by a lake 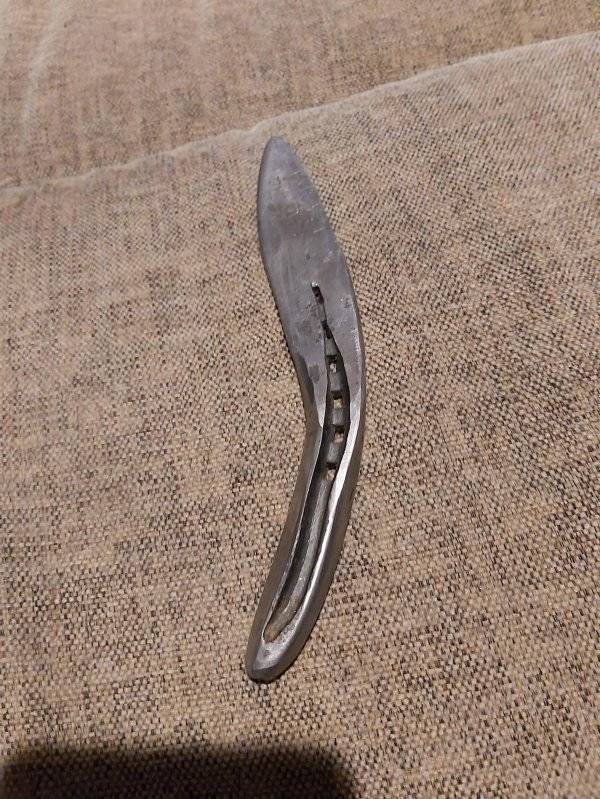 It’s a knife made out of a horseshoe.

We found this in the attic that we unsealed & entered for the first time today in the roof of our home which is a 1926 former Freemason Temple. 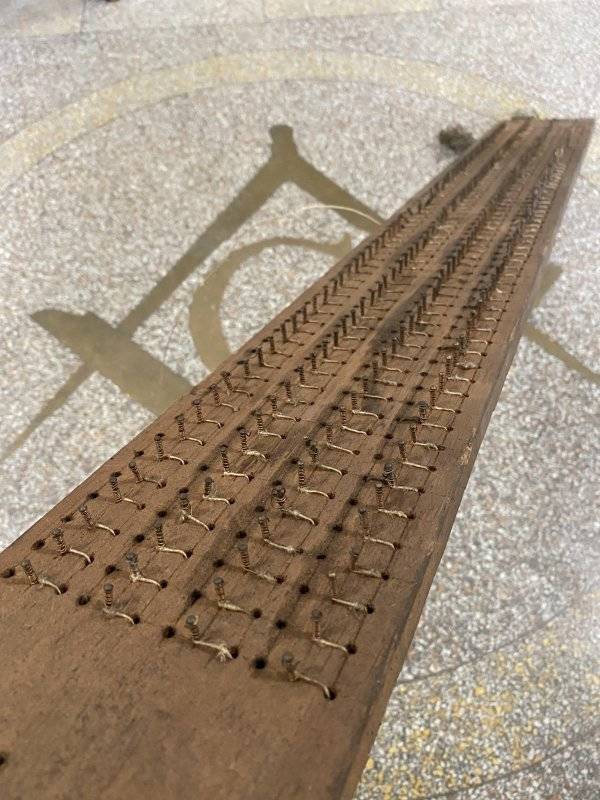 It’s an old junction board where all of the bells & signal wires were joined together. 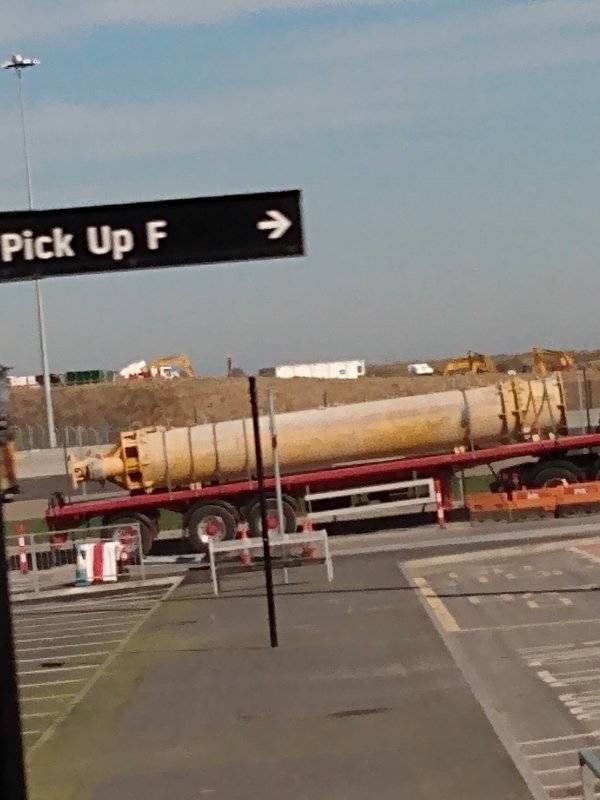 They’re supports to stop the walls of the hole falling inward.

What is this tool? Looks like some sort of measuring device 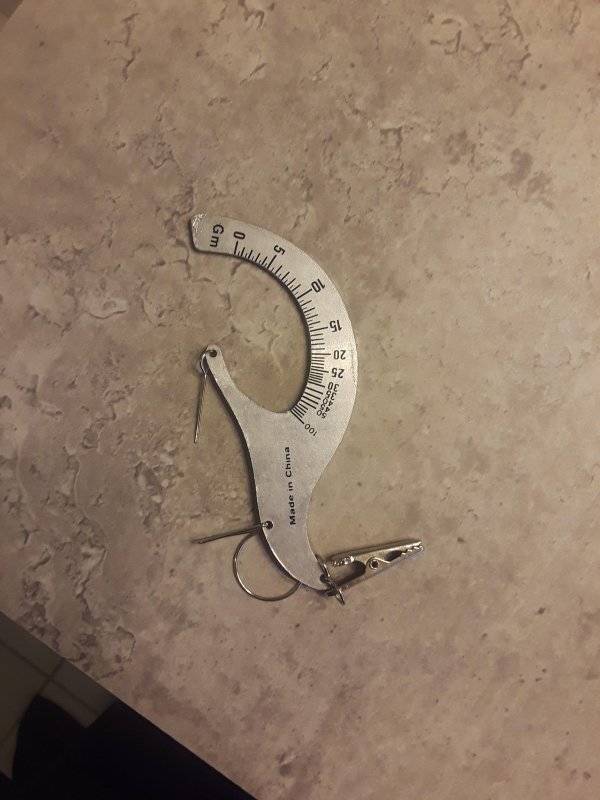 Stuck at home because of the virus, decided to clean this bottle/decanter kids asked questions about it, I had no answers other than “I found it at a flea market before you were born” Anyone know anything about this? or try another sub? 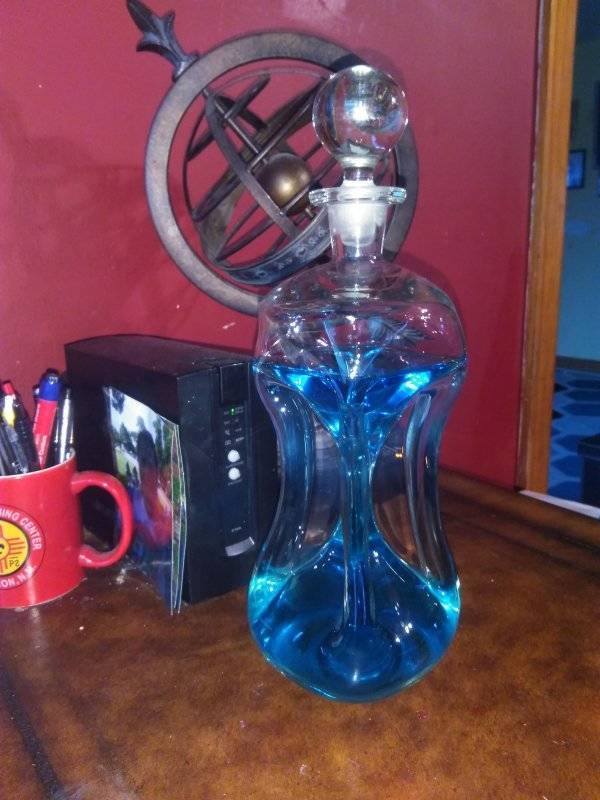 Found on the beach in Maine 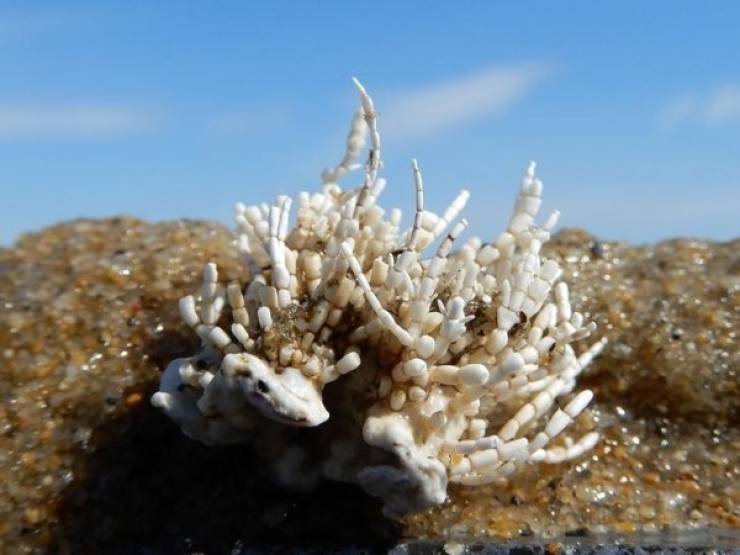 What would be the use of this ship before it was used for living? 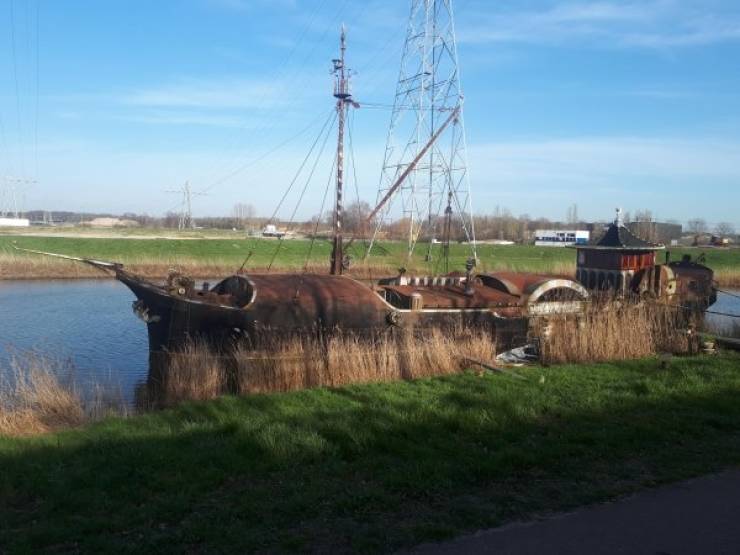 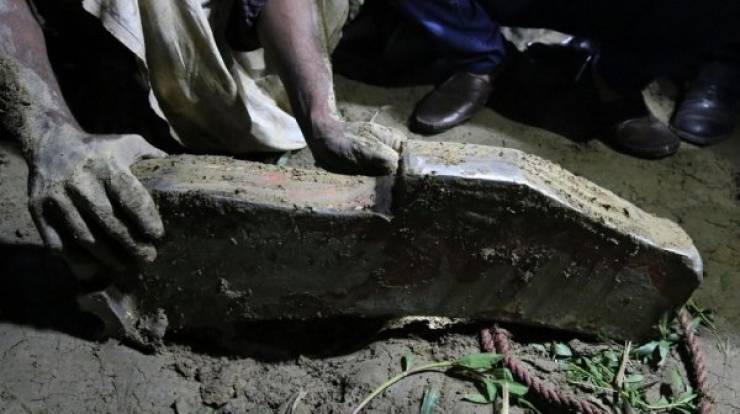 I belive the ratchet wheel came from a ship’s anchor winch.

Found on the beach, made of glass what could this be? 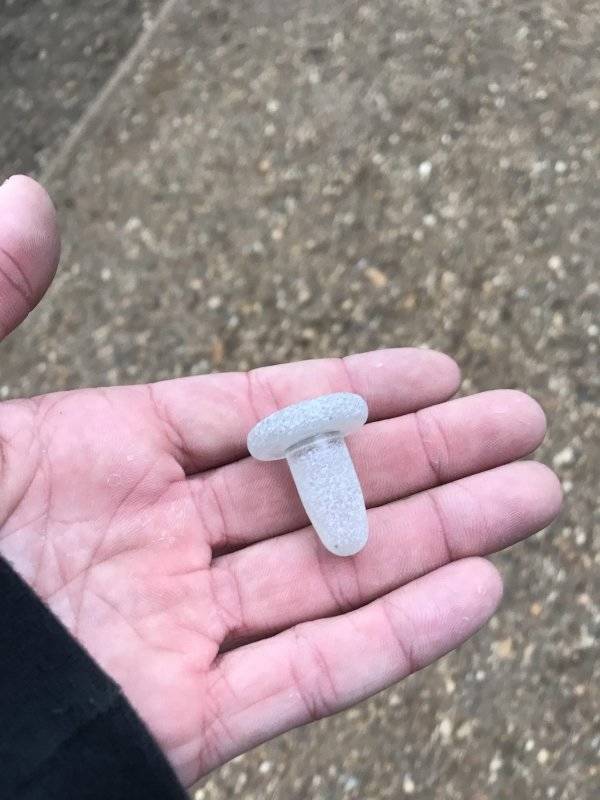 This metal/wooden thing and this powdery thing 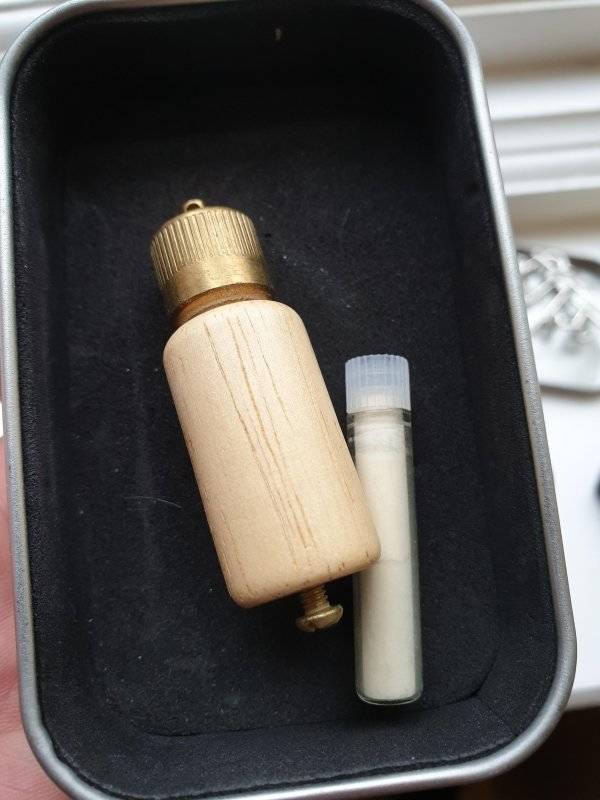 It’s a bird call the wood spins and squeaks, the powder is a resin for “lubrication”

I found this wooden object as I was standing on a beach in Miraflores, Lima, Peru… more info in the comments 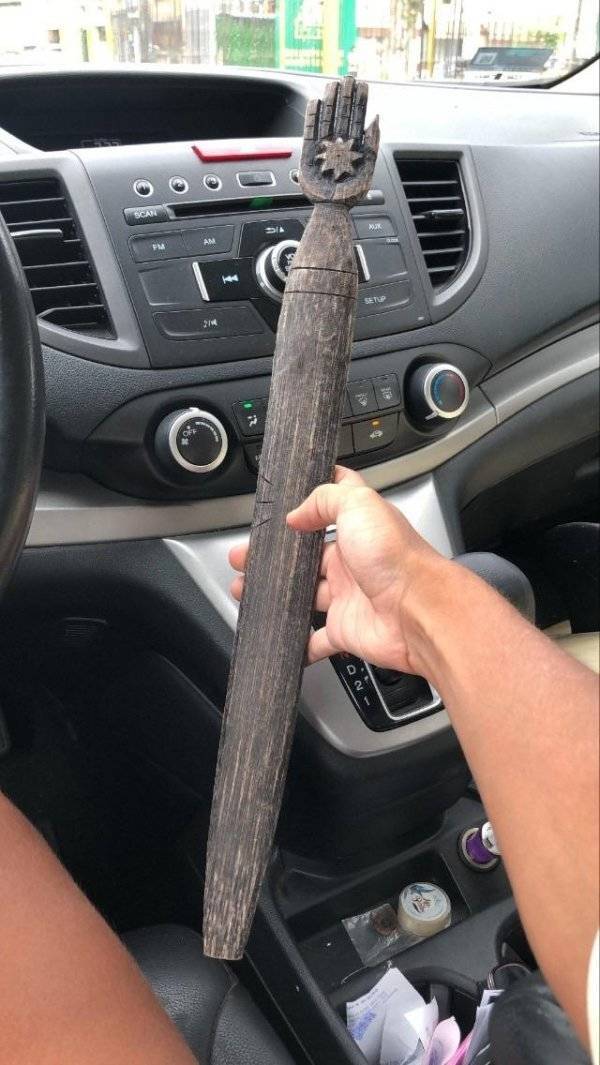 That’s a ceremonial chonta. It’s a traditional healer thingy. Probably a replica from a junk souvenir shop, I can find that exact one on etsy, amazon, and ebay for sale.

I've had this stencil set for years- yellow is basic shapes and green is holidays/events. I’ve been trying to figure out since I was a kid what this is. They go in order of seasons. This is 17. 16 is a turkey, 18 is a mitten. Here’s the stencil and my drawing! 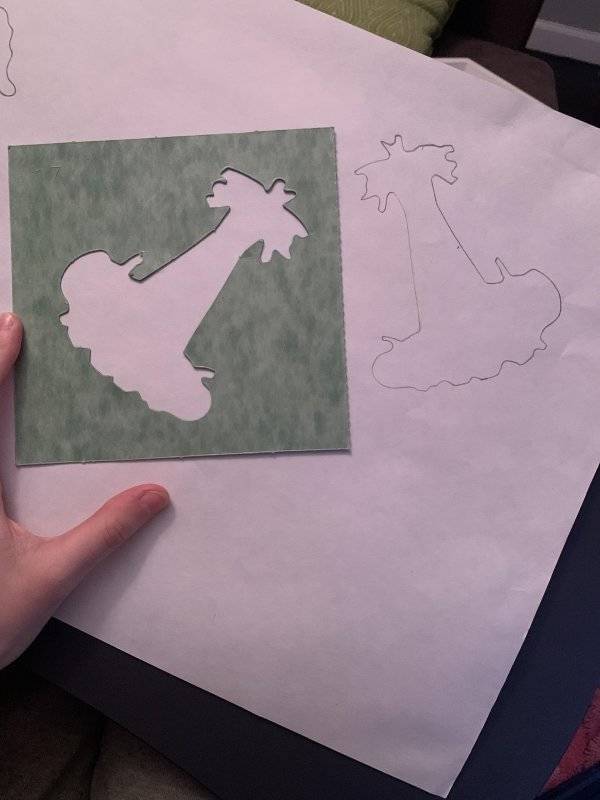 Bundle of corn stalks with pumpkins around the base? Used for fall yard decoration A metal baseball cup looking thing found at a 1950’s era dump site in the woods from an old resort. Two bolts (hinges?), a number 2, and “MW” 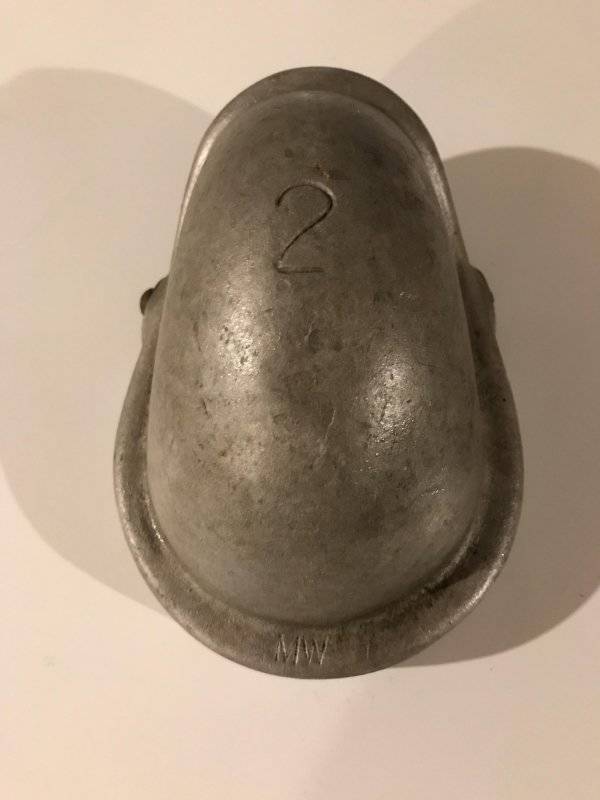 It looks like the Weatherhead from an electrical service entrance.

Growing from the basement ceiling at a very rapid rate. It is also leaving on the table below it, grayish particles. 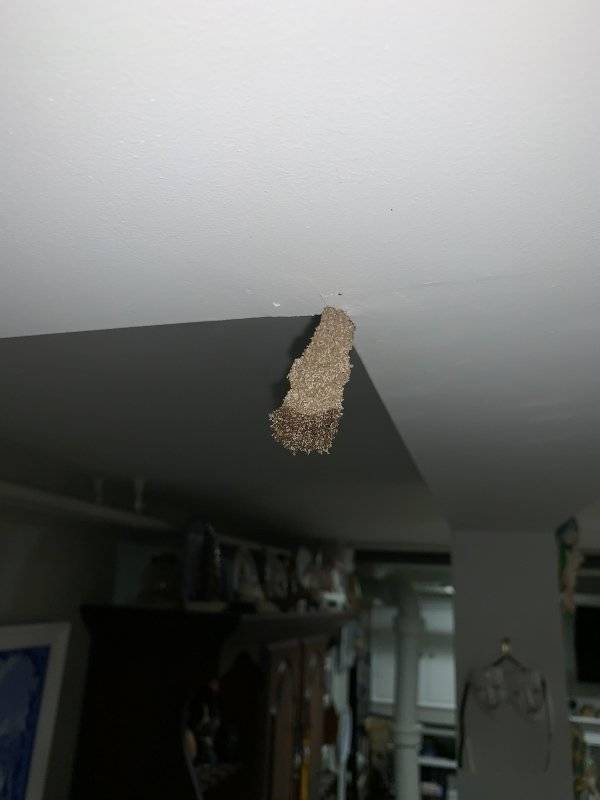 Those are the studs from your walls — redistributed by your termites.

Saw these near a pond in Perry, Ga. They are buckets with hoses coming out of them.

Is that camera of some sort? 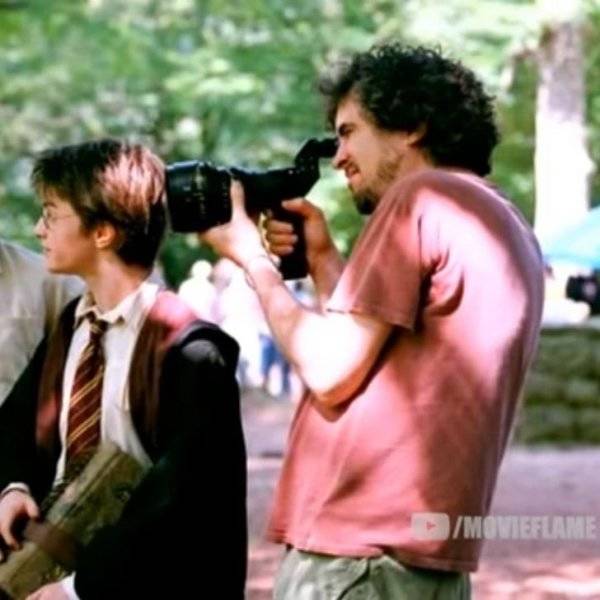 It is a director’s viewfinder used to block and set shots in a movie.

I have no clue. There are no markings, badges, or branding anywhere. The top piece lifts straight up, and that’s it. 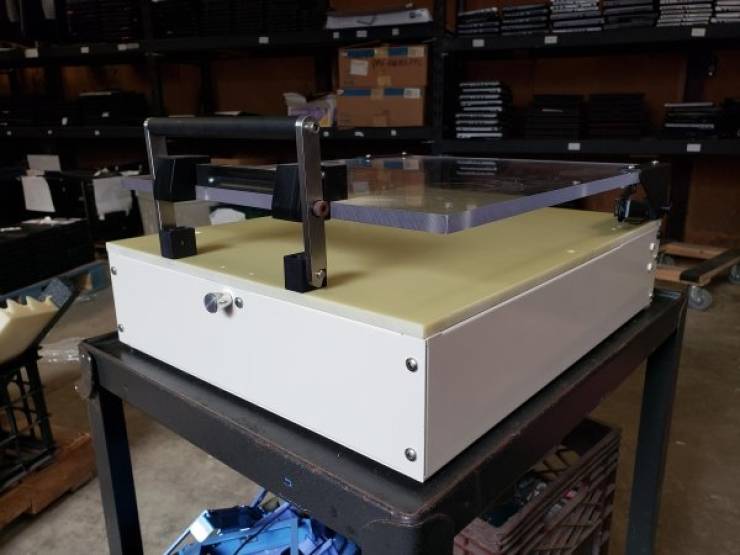 It looks like a blank functional test fixture for circuit boards. I work with fixtures like that every day.

Been posted on another sub who’s advised me to post here. These have been popping up on every lamp post in my area the last few days. Orange boxes have wires and cameras and then mics on the other lamp posts. Any ideas on what they are? 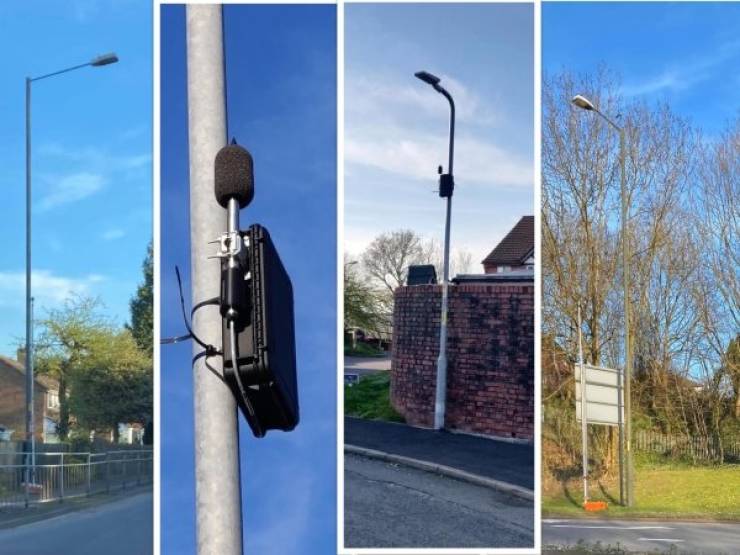 Wires on the road to count cars that use the road, microphone attached to collect noise data. Looks like a traffic study to me!

Driving 11 month s ago
#22 why would artificial fish need a habitat?
Reply
0

Indiana Jones 11 month s ago
#25 also gets used to triangulate gunshot in urban area, they got multiple setup around an area to calculate where shots come from, very accurate to a couple of meters.
Reply
0

Pants 11 month s ago
The dutch barge may well be dutch, but it was evidently a sea-going vessel, not just for canals. A canal barge wouldn't need a bowsprit, and they usually had very low freeboard (low sides, in other words) whereas this vessel has quite a high freeboard.
Reply
X
>
1/1
<