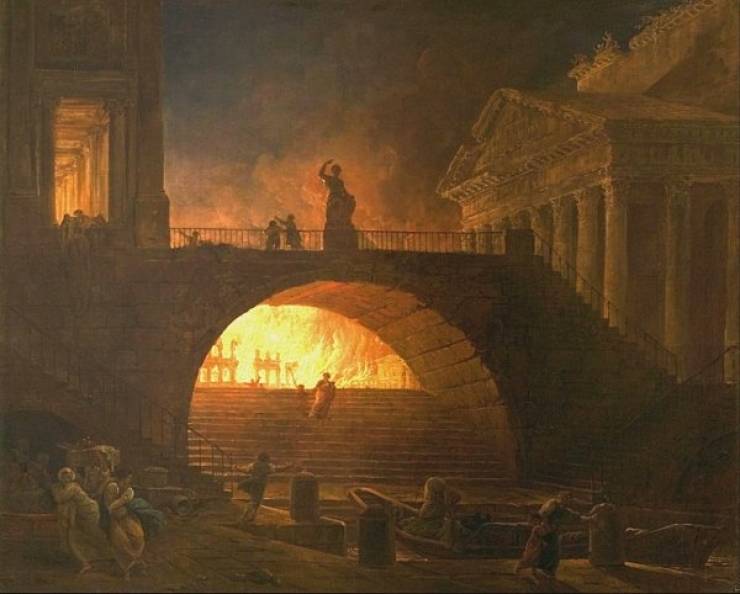 While there is some evidence of firefighting in Ancient Egypt, it’s believed that the first mandated fire brigades were in Rome during the 3rd century. Though, it wasn’t the best firefighting, and not just because of a lack of technology. You had to make a deal for your property while it was burning before the firefighters would do anything, and if you couldn’t pay up, they just let your place burn down.

A Different Kind of Firefighting 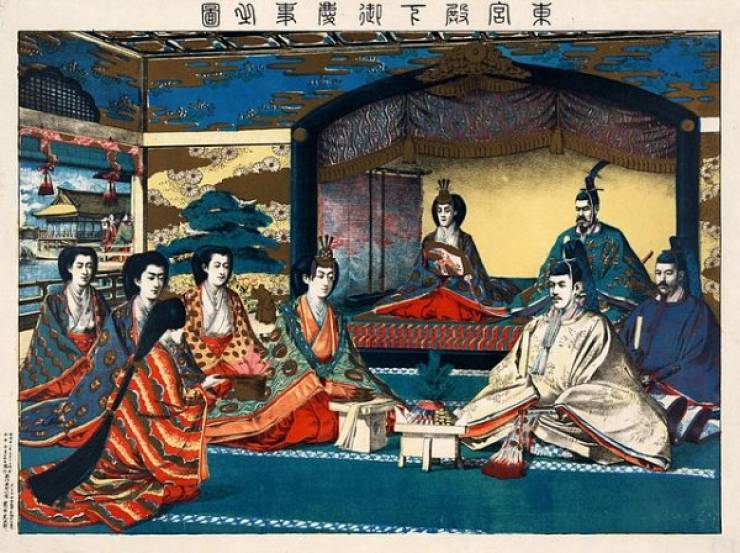 From 1603 to 1867, Japanese firefighters had an odd (but clever) M.O. To help them fight fires, they would dowse themselves in water before entering buildings to make themselves less flammable. They also “fought fires” in a pretty different way: They ripped a burning house apart to keep the fire from spreading. It sucked for the property owners, but by all historical accounts, it saved many lives. 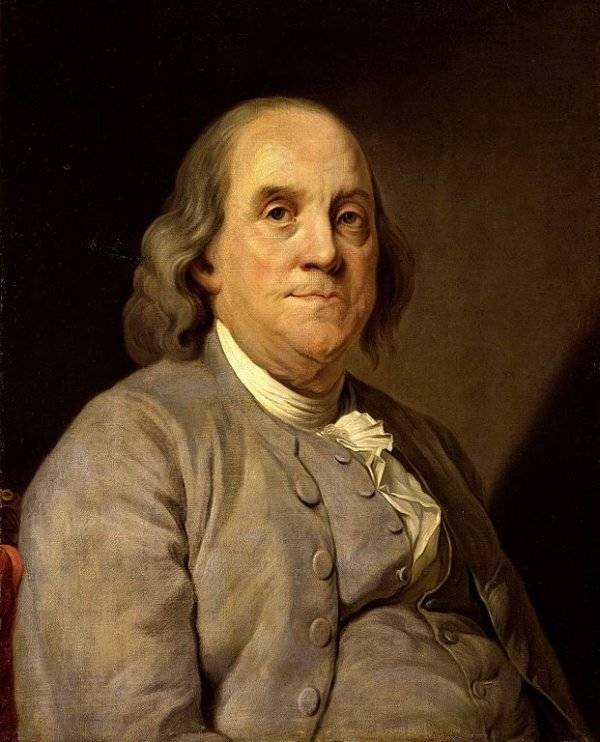 Before we were even a nation, the first fire department in the “colonies” was established in Boston in 1678. A bit more fascinating is who was responsible for Philadelphia’s first fire company: Benjamin Franklin.

Not only did he create it, but it was also named after him, called “Benjamin Franklin’s Bucket Brigade” (which is a damn good name).

See No Evil, Hear No Evil

One of the most difficult parts of firefighting is sensory depravation. If you enter a burning building, it’s almost impossible to see because of smoke, and it’s almost impossible to hear because of the crackling of burning materials in the building. Combine that with wearing a mask so you can breathe at all, and you can see just how difficult it is to rescue people from a burning building.

A First For Everything 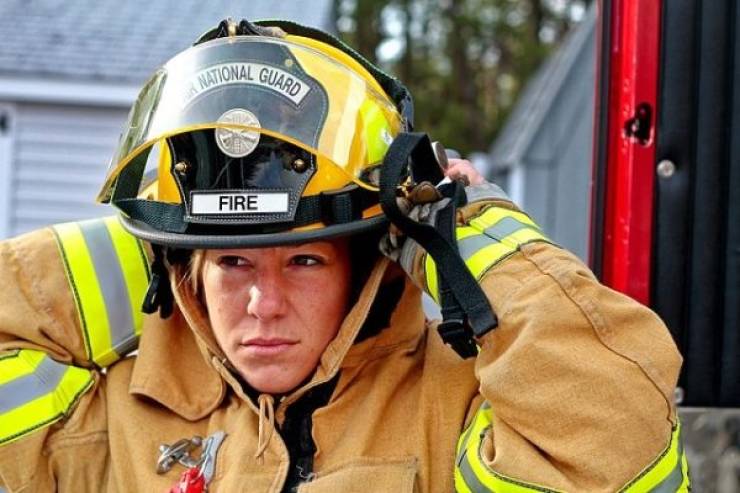 The first recorded woman firefighter was in the United States, and her name was Molly Williams. And she’s certainly not the last, around 7% of all firefighters are women, according to the National Fire Protection Association. 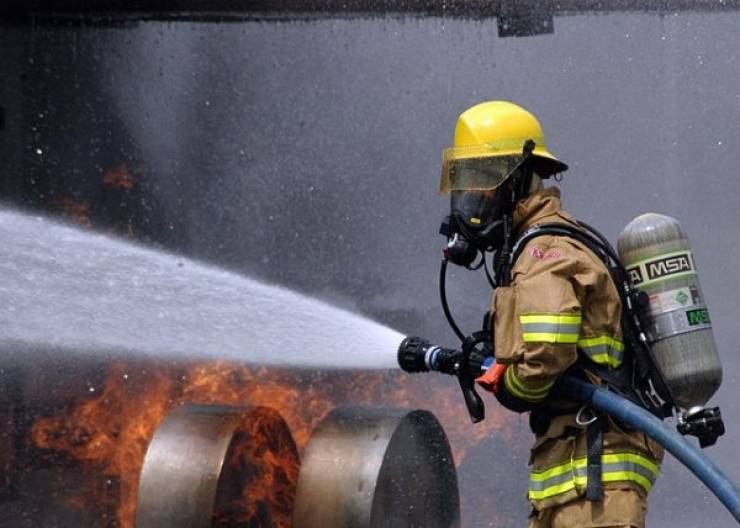 Time is of the essence when it comes to containing fires, so it shouldn’t come as a surprise that you have to get into gear pretty damn quick. As a result, firefighters are trained to get everything they need on in less than two minutes.

Statistically speaking, you’re bound to have a few bad firefighters out there, but approximately 100 firefighters a year are arrested for… Starting fires. 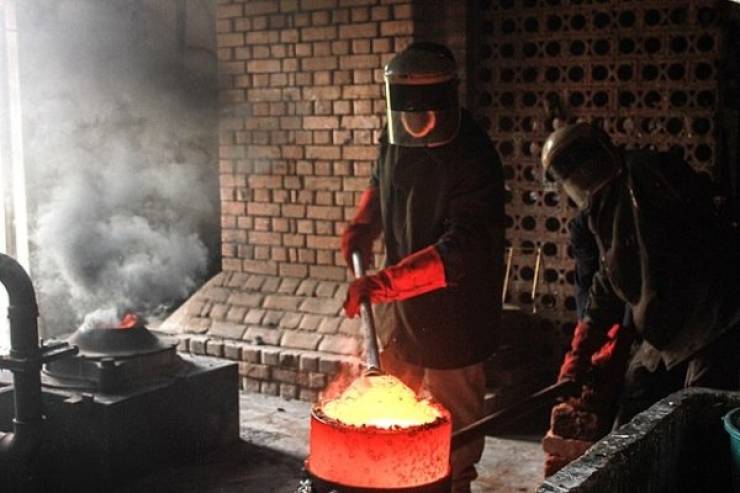 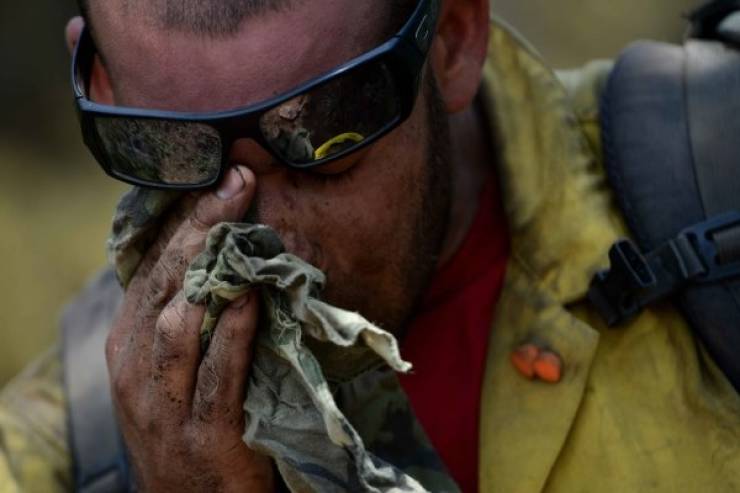 Due to the constant need for firefighters, shifts can be brutally long. Some firefighting crews have been known to work for 24 hours straight without a break, and sometimes even longer depending on the situation. In the “ideal” scenario, shifts last 24 hours with a rest-break of 48 hours, or 10-12 hours for 3 to 4 four days.

While our pal Chief Terry might not follow this rule, firefighters are NOT supposed to have facial hair, or piercings. It’s not about aesthetics, it’s about safety: Ideally, a firefighter’s mask shouldn’t have anything in the way of creating a tight seal, and facial hair/piercings do just that. 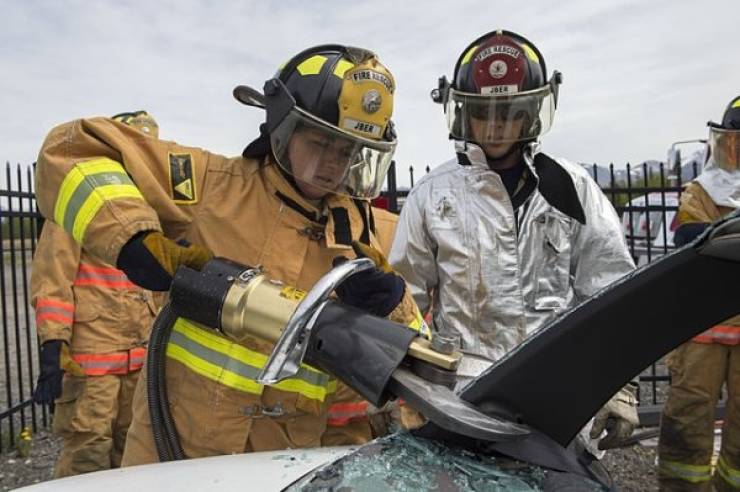 Something that people tend to forget is that firefighters fight more than fires. Because of the special equipment for rescues given to fire departments, they are often called in for all sorts of situations, from flooding to earthquakes, even to man-made disasters. And since they often arrive first to a situation, they can even serve as temporary first aid until doctors arrive.

The True Enemy of the Firefighter 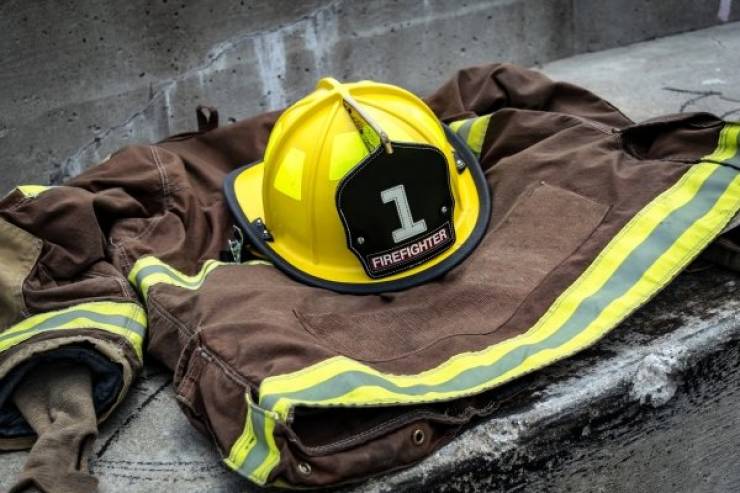 What do you think the number one way firefighters die is? Because it’s not from fire, so let’s get that out of the way.

It’s from heart attacks. Over 45% of firefighters who die on duty die from heart-related issues, which shows just how unbelievably stressful the job really is.

In the United States alone, a fire department responds to a fire every 33 seconds, which is just a staggering number. 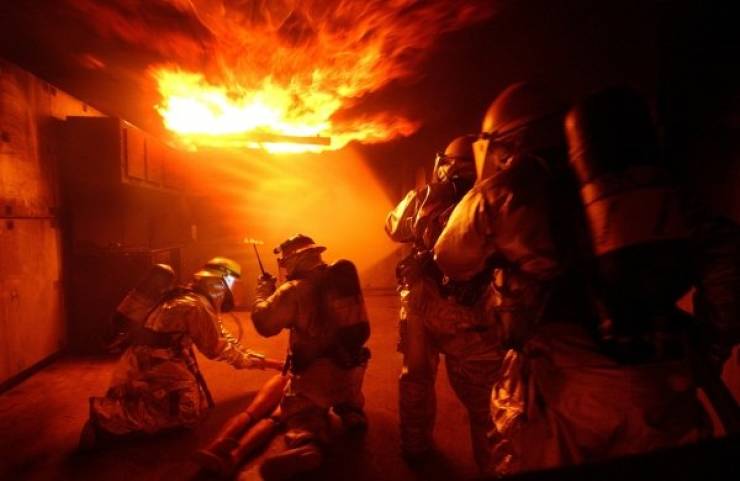 Every second counts in firefighting, and as we’ve talked about already, it’s not easy to see or hear during a fire. So, firefighter suits are equipped with motion alarms called Personal Alerting Safety Systems, AKA PASS. The system sounds an alarm if a firefighter stops moving for 30 seconds. 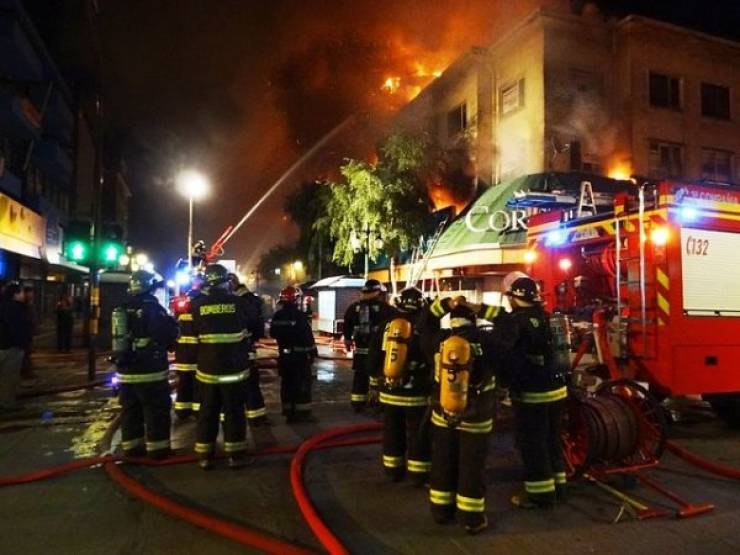 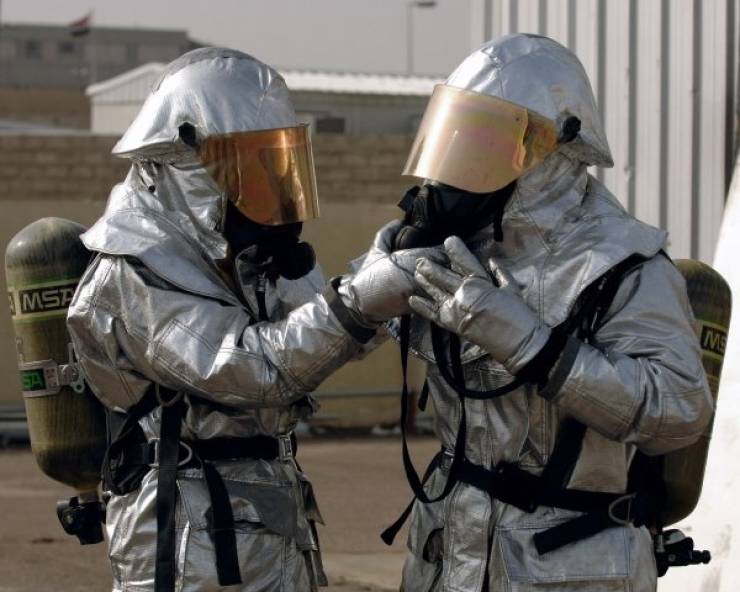 With all of the equipment necessary for the job, combined with the material necessary to withstand extreme heat, firefighting is not a light job. Firefighters wear anywhere between 11 to 66 pounds of equipment on them.

Nowadays, “smoke jumpers” are a deeply respected group of firefighters, literally skydiving into fires to put them out. But, it was not respected when it was created.

You see, smoke jumpers started becoming a thing in 1939, and was mostly made up of conscientious objectors during World War II so that they could be put to use. And after World War II was over, most of the objectors were shoved out of the job. 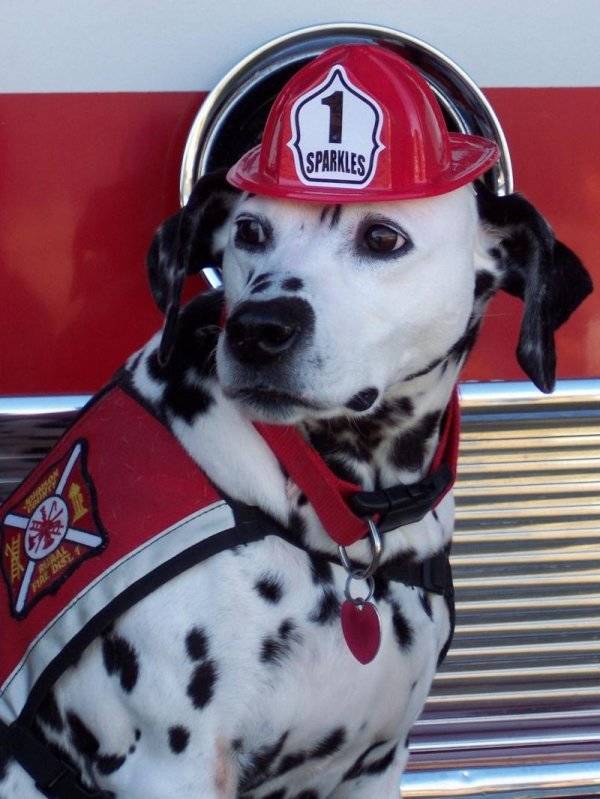 In classic drawings and photos of old firefighters, you’ll notice an abundance of Dalmatian dogs. Why is that?

Well, back when firefighters didn’t have engines/cars to transport water, they used horse carriages. And of all the dog breeds, Dalmatians get along the best with horses while running alongside them. Since we don’t pull water by horse carriage anymore, you see all sorts of dogs used now.

Back 9 month s ago
#1 those first firefighters were the slaves of rich romans who used this opportunity to get more property in Rome. They would destroy the house after they put the fire out and replace it by insulae, apartment buildings. They did this until it was eventually forbidden and a official brigade, the vigiles, was founded. Modern firefighters in Italy are still called vigiles.
Reply