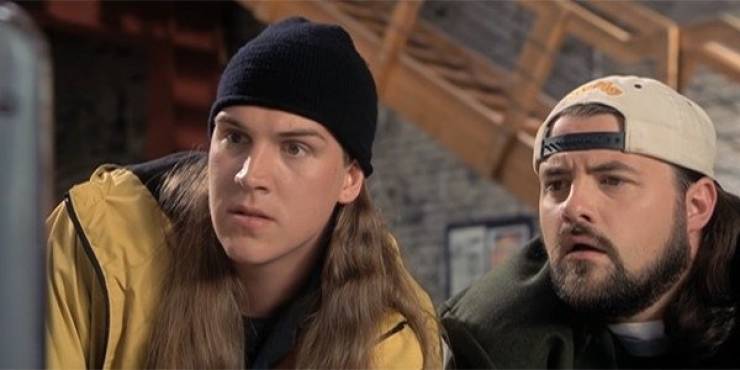 Kevin Smith was initially reluctant to do a Jay and Silent Bob solo film. Smith believed that the characters couldn’t carry a film on their own but a positive reaction to Jay and Silent Bob’s cameo in Scream 3 (2000) changed his mind. 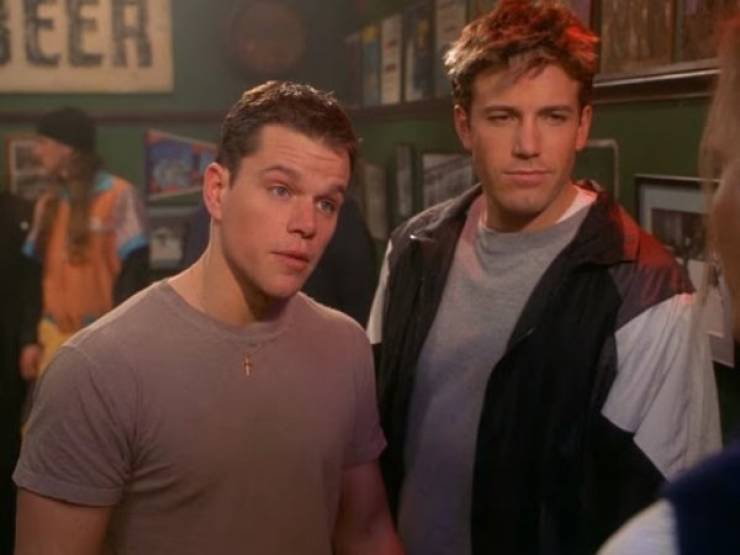 Ben Affleck and Matt Damon agreed to do the film because they owed the director a favor. It was writer and director Kevin Smith who brought the script of Good Will Hunting (1997) to the attention of Miramax. 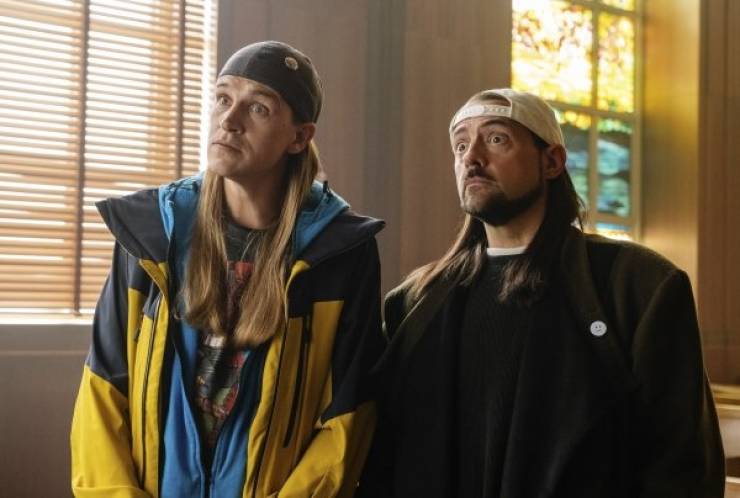 This is the fifth film in Kevin Smith’s intricately interconnected View Askewniverse series (the first four being Clerks (1994), Mallrats (1995), Chasing Amy (1997), and Dogma (1999)). The movies are all linked by characters, themes, and events, and each contains numerous references to the others. The sixth part of the series is Clerks II (2006). 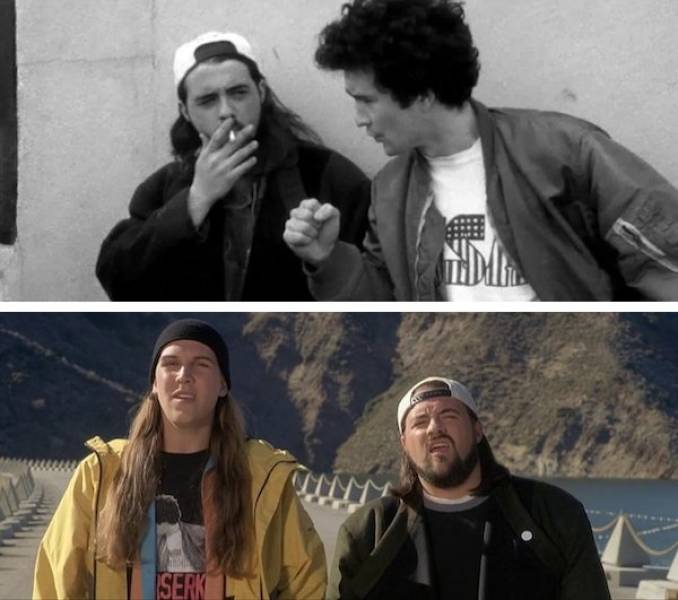 Jay is wearing a “Berserker” t-shirt with the image of Olaf, the Russian metalhead from Clerks (1994). “Berserker” was the song Olaf was singing. 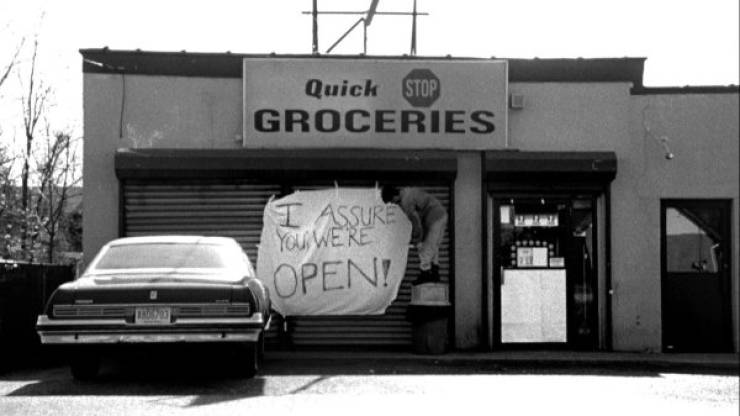 The original plot involved Jay and Silent Bob trying to save their beloved Quick Stop. 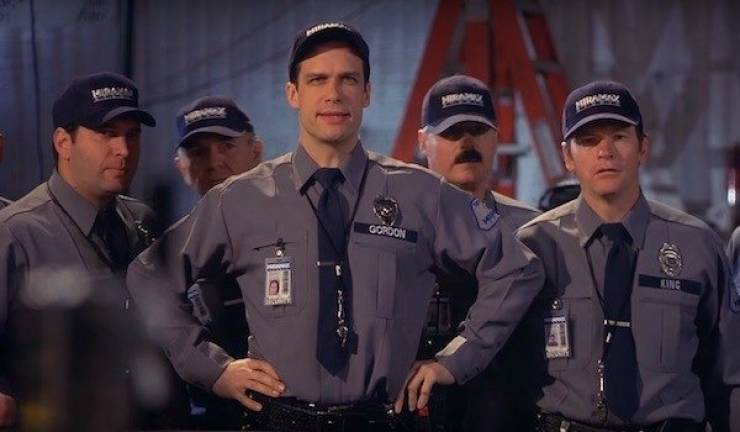 The Names of the security guards at Miramax are all references to comic book characters, including Gordon (James Gordon, Gotham City Police Commissioner), Shaw (Sebastian and Shinobi Shaw, members of the Hellfire club), and Akins (another Gotham City Commissioner). 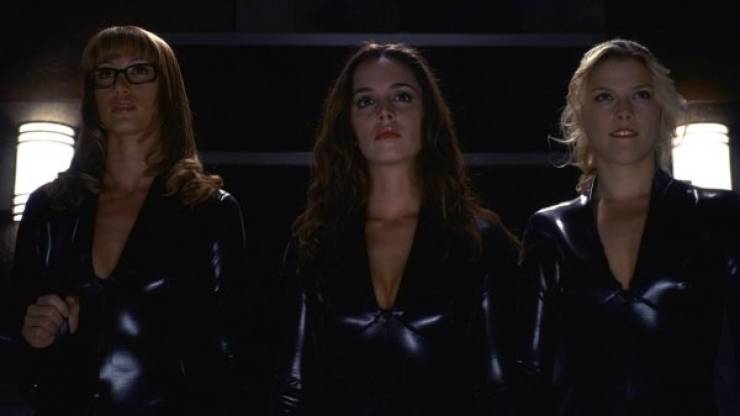 The catsuits the jewel thieves wear during their heist are inspired by the outfits worn by Black Widow and Black Cat in their respective Marvel comic books.

The film originally received an NC-17 rating. Numerous scenes had to be cut down for an R, including footage of George Carlin, and Jay and Silent Bob’s arrival to Hollywood. 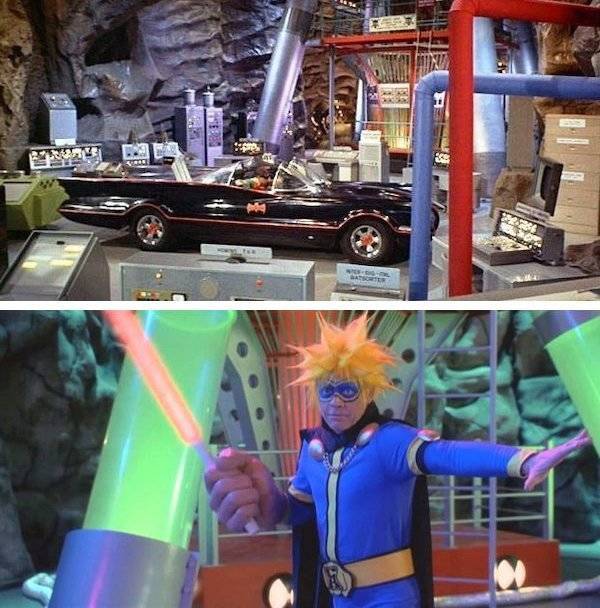 The Bluntcave set design was inspired by the Batcave from Batman (1966). Design elements include the Atomic Pile, and all the consoles and racks with extremely oversized signs indicating function or the item.

Will Ferrell’s character Federal Wildlife Marshal Willenholly is a nod to the television series Land of the Lost (1974).

Jay asks Jason Biggs if he really got with Shannon Elizabeth, referring to American Pie (1999). They both were in this movie, Elizabeth in a bigger role as Justice, and Biggs as “Movie Silent Bob”.

This was the first film in which Carrie Fisher and Mark Hamill had appeared together since Star Wars: Episode VI – Return of the Jedi (1983). Apparently, neither of them knew the other was in the film until a few weeks after shooting had been completed. 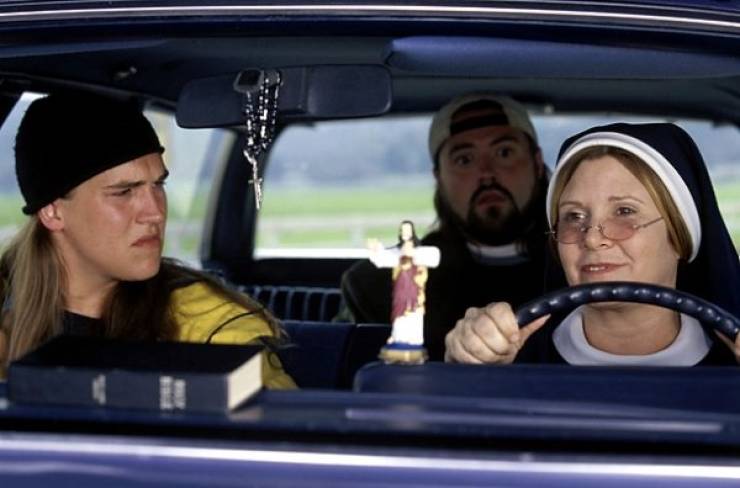 The Buddy Christ from Dogma (1999) can be seen on the dashboard of the car Carrie Fisher is driving.