A New-York and Berlin based photographer named J. Henry Fair explores how industry and infinite consuming destroys nature in his project “Industrial Scars”.

An oil spill on the Gulf of Mexico
1 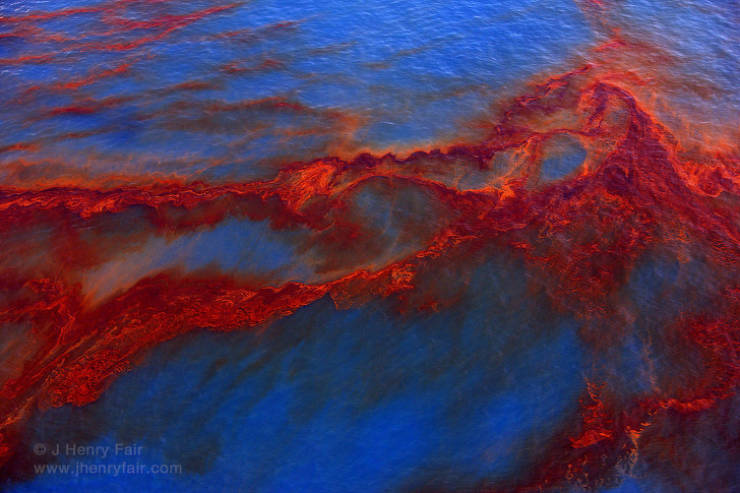 Mining waste flowing from the mountain to the sea
2 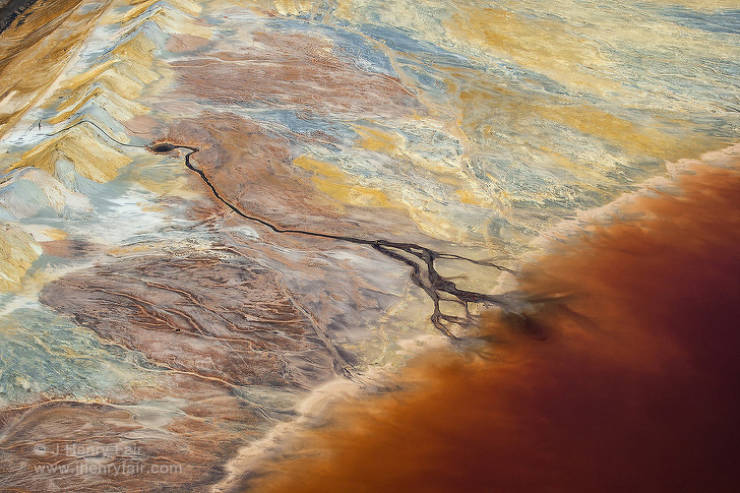 Waste ponds at a chemical plant
3 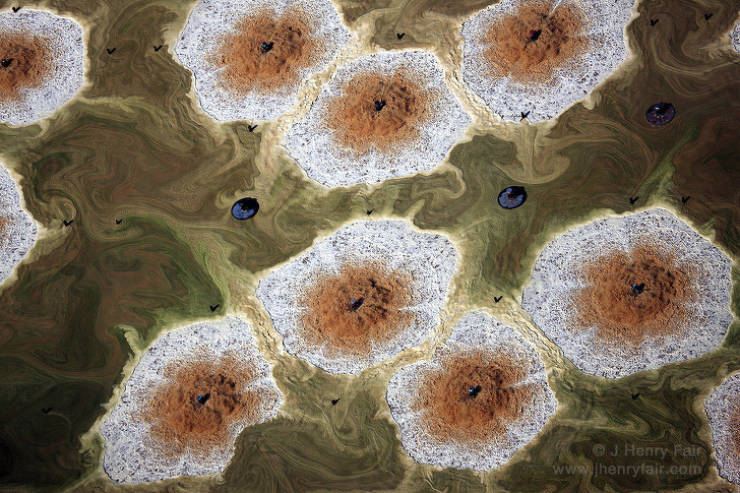 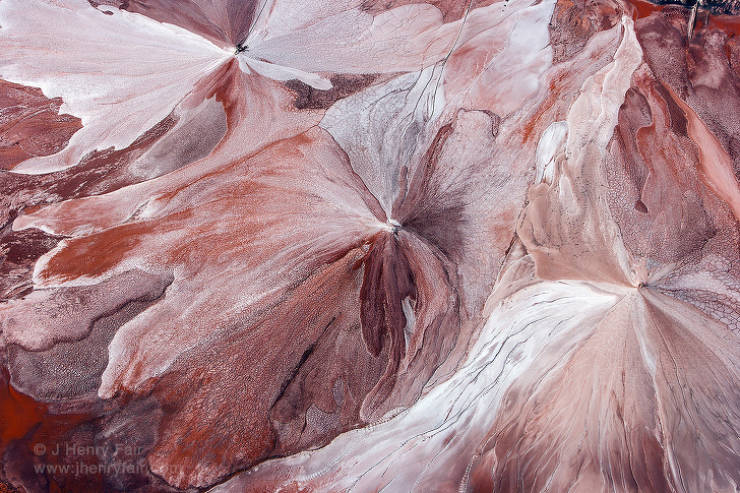 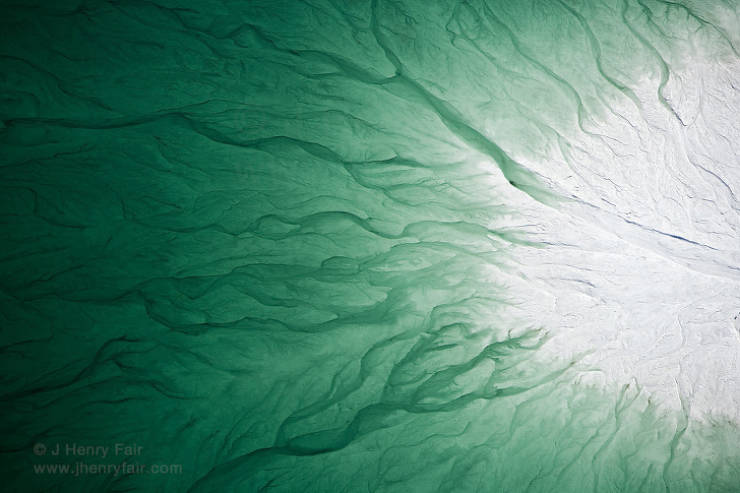 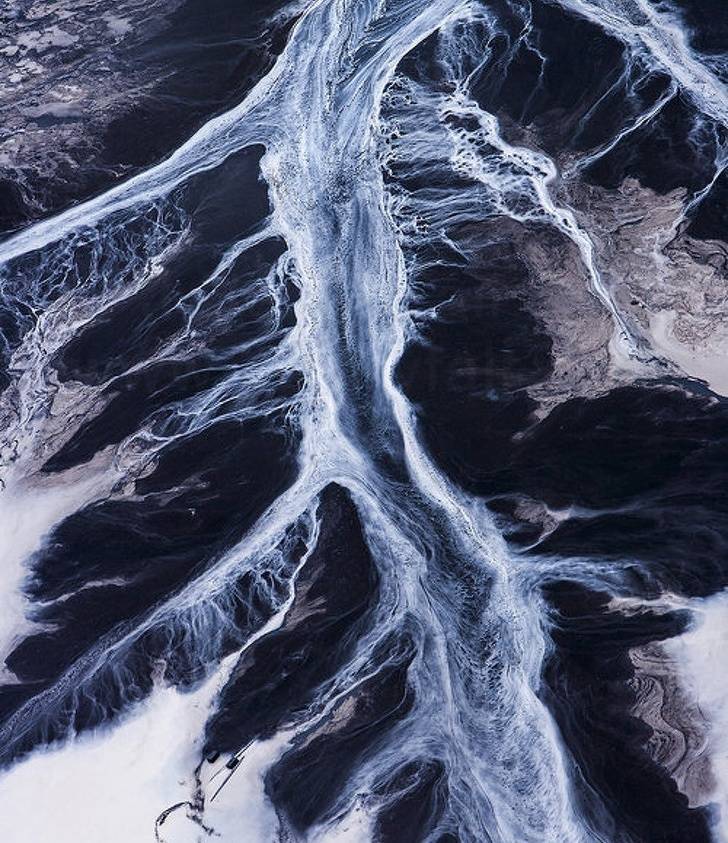 A bulldozer pushing waste from an oil refinement
7 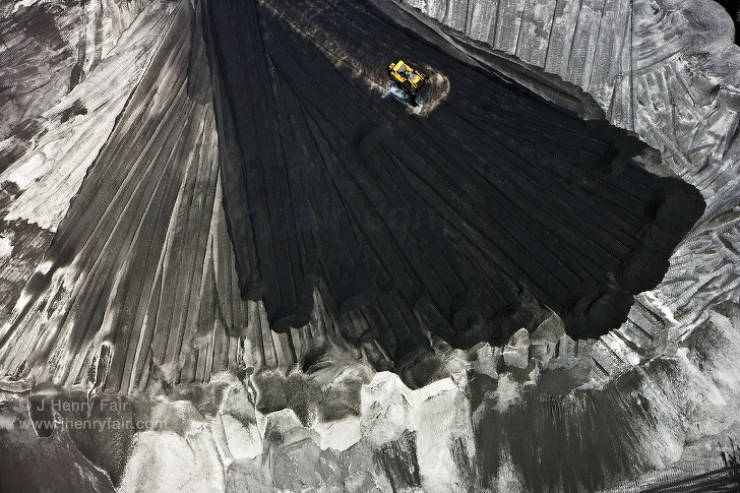 The new waste pond at a phosphate fertilizer mining site
8 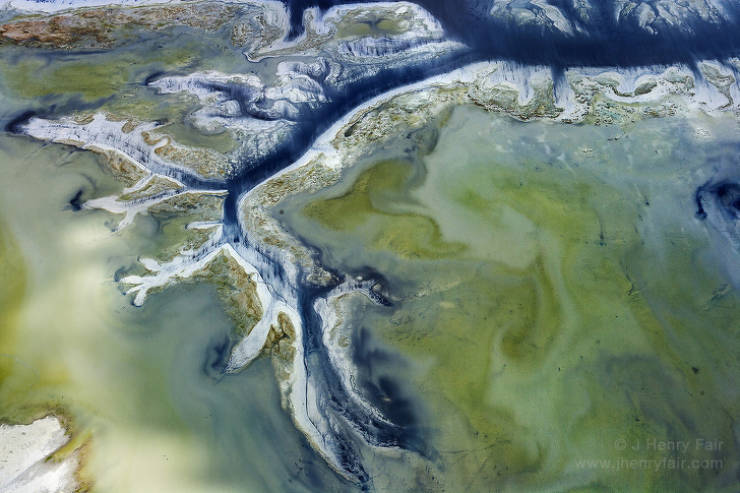 Immiscible oil on the Gulf of Mexico
9 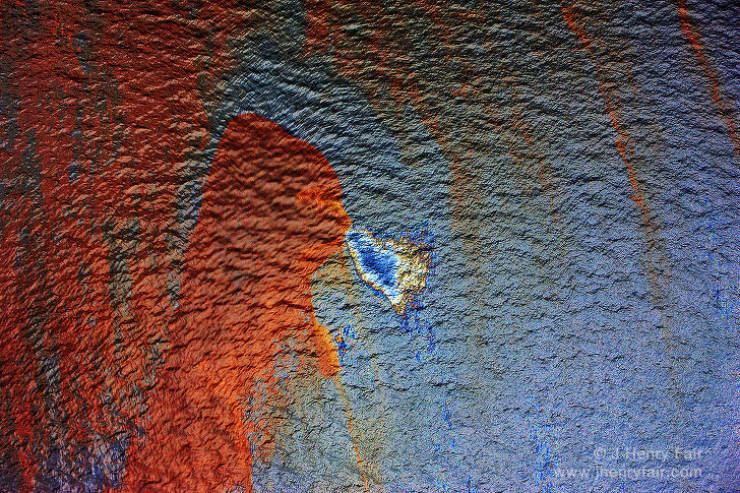 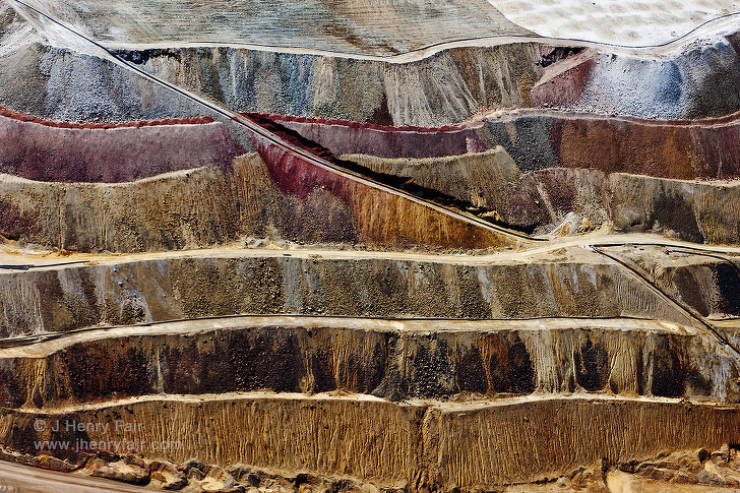 A waste impoundment at an Arctic iron mine
11 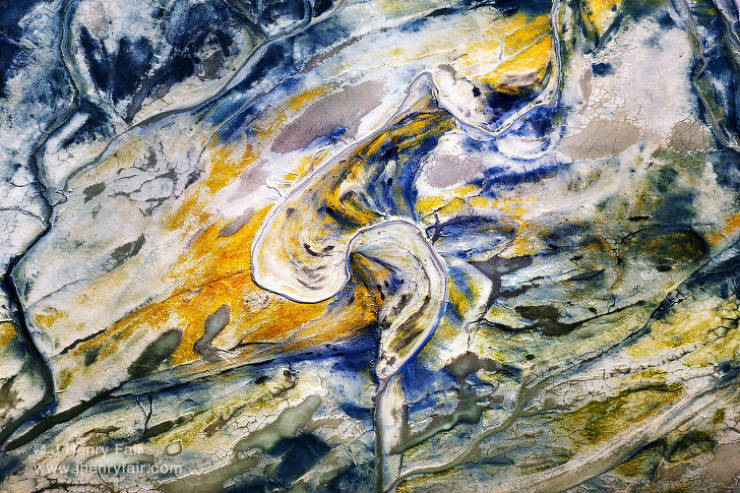 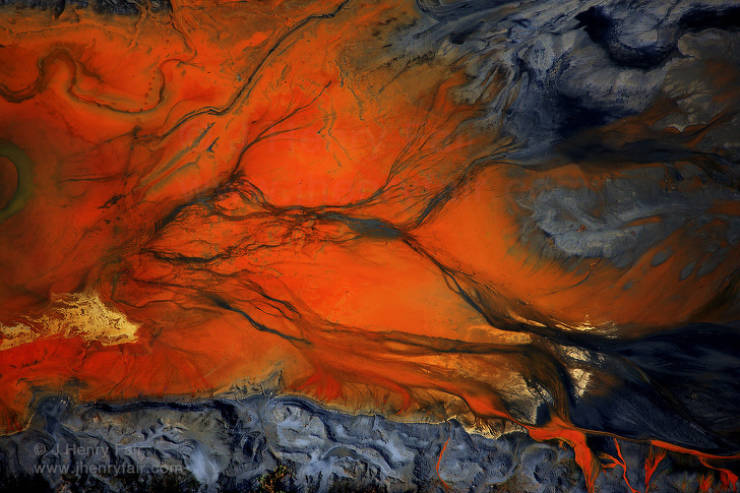 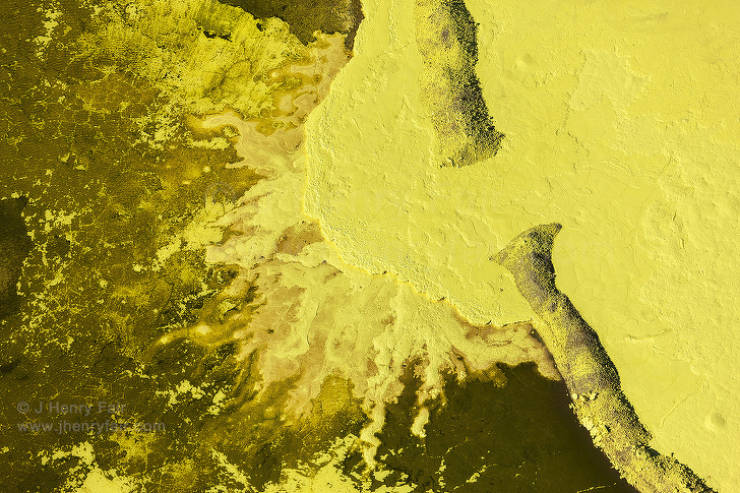 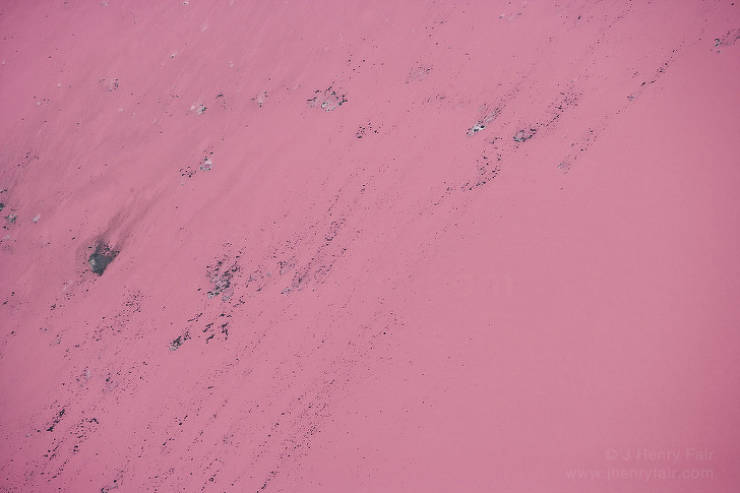 A waste pit at an herbicide manufacturing plant
15 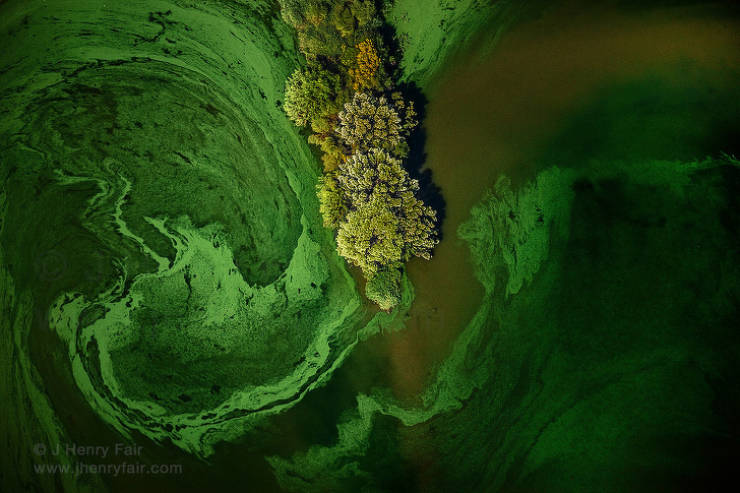 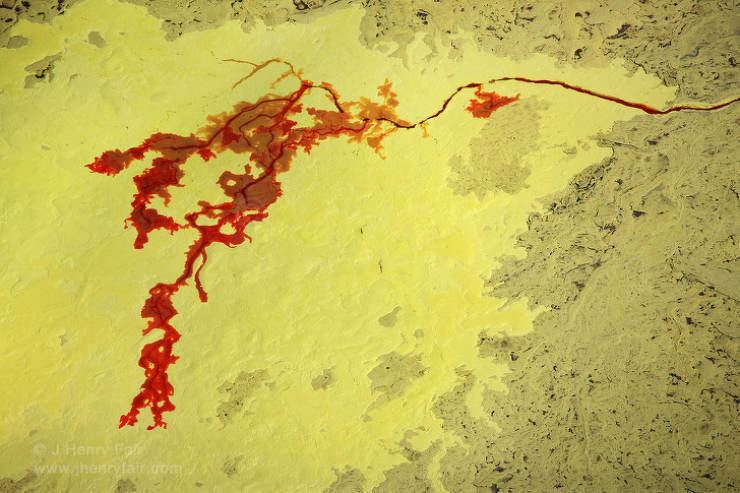 Liquid waste at a brown coal mine
17 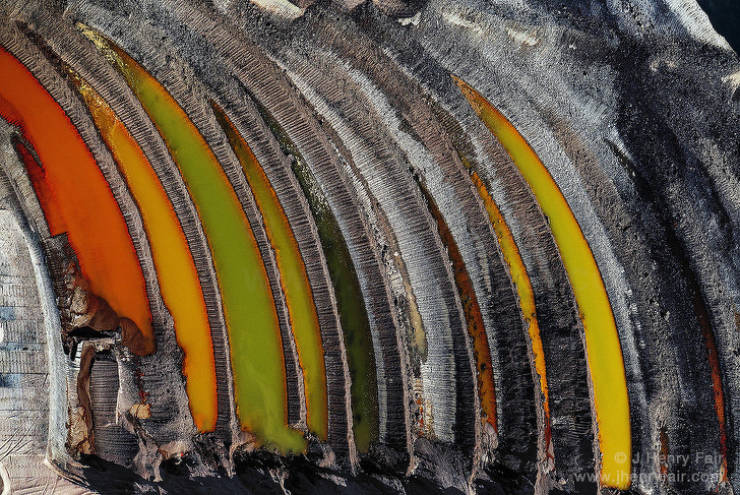 Waste from a phosphate fertilizer manufacturer
18 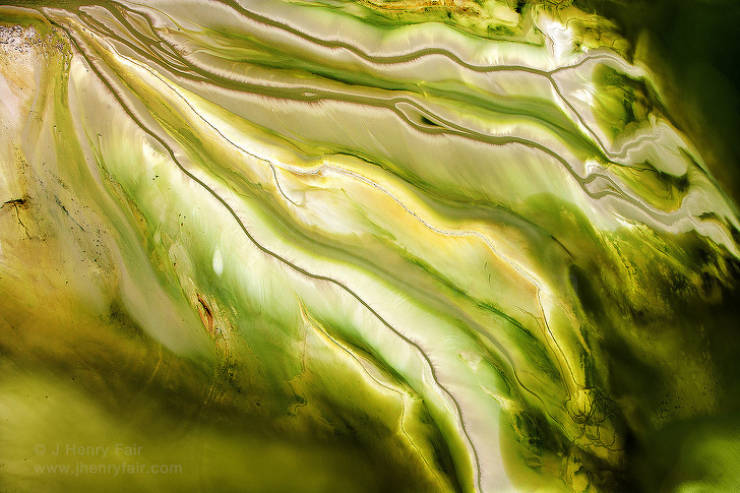 Aerators agitating waste from a manufacturer of facial tissue
19 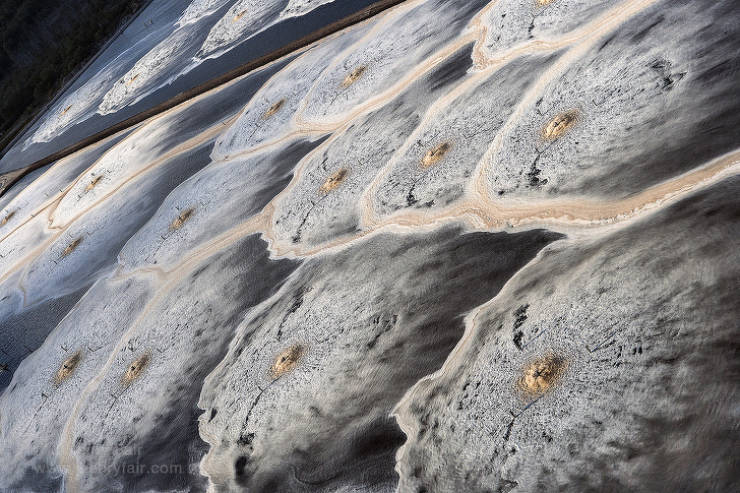