Some Of The Past’s Inventions Were Pretty Neat! (20 pics) 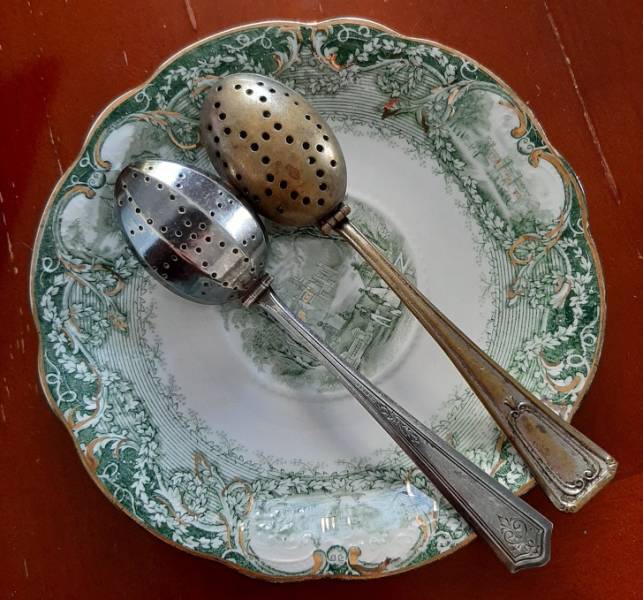 Have you ever had to steep tea right in your cup and deal with tea leaves getting into your mouth? If your answer is yes, this invention that was created in 1881 is right up your alley. This is a great alternative for an infuser teapot and you get 2 products for the price of one: you can put both sugar and tea in the cup at the same time! 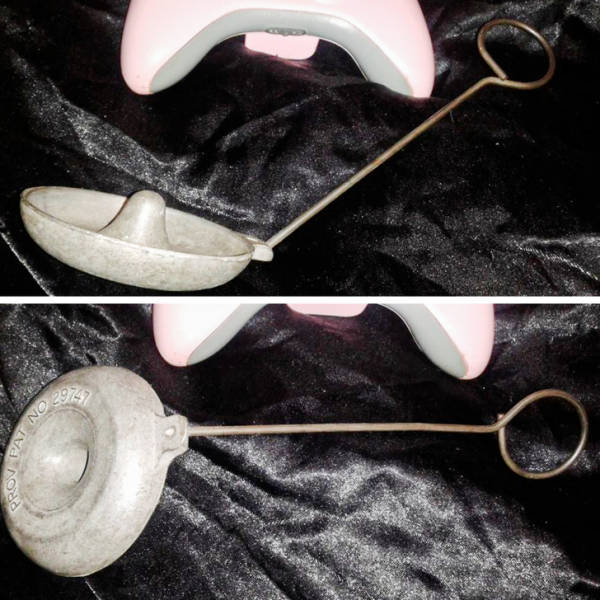 A Reddit user shared : “This thing has been hanging around the house for years.” When he googled the patent number, it turned out that it was a doughnut maker. Now its owner will probably be able to use it in accordance with its purpose. 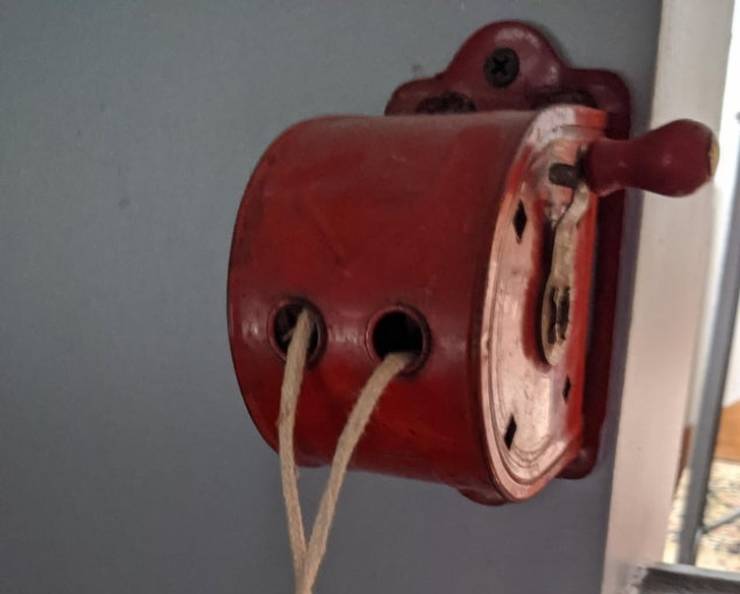 These metal boxes still hang in many old houses and sometimes their owners don’t even know what they’re meant for. These things look like a fishing reel with a rope and are supposed to be installed on the wall. It turns out that people used to use them to dry washed clothes inside the house. Very few people could afford automatic dryers throughout the ’40s and ’70s so this device was pretty popular . 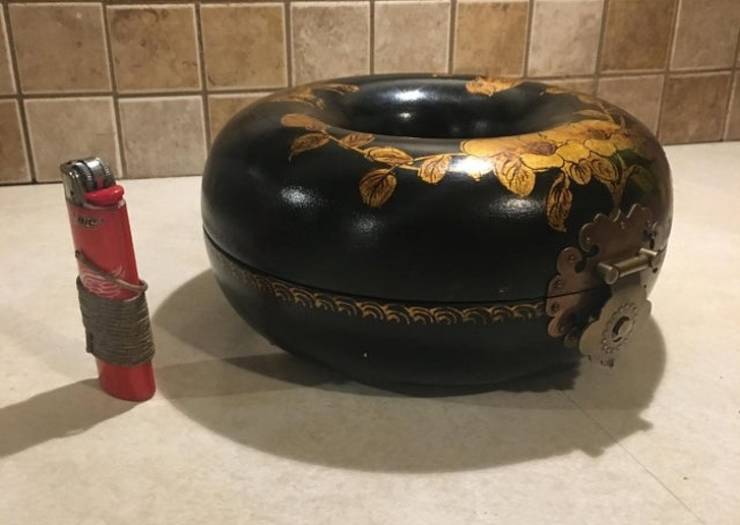 This Chinese jewelry box that was made sometime between 1890 and 1900 looks like a doughnut for a specific reason. It was used to store necklaces and thanks to its shape, they wouldn’t get tangled. People would often keep a ritualistic piece of jewelry in it, known as the Chao Zho, which contained 108 beads. 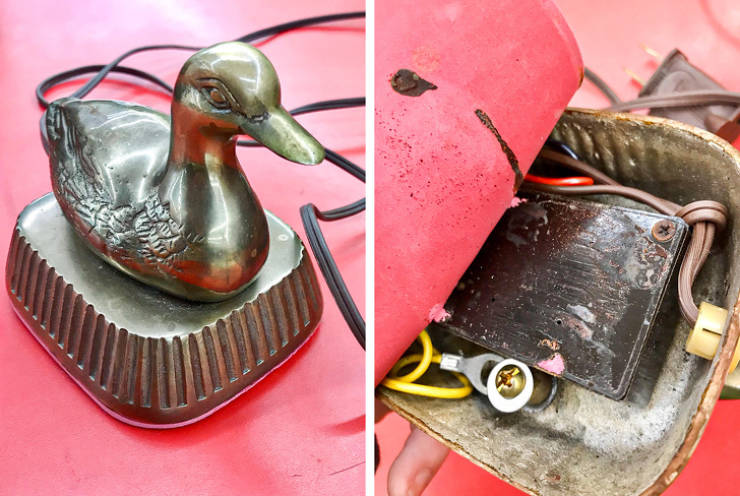 This metal figurine was used to turn on the light. A person just had to touch her copper bottom or “tickle” the duck. It was made to entertain guests and make the home’s interior a bit more diverse. 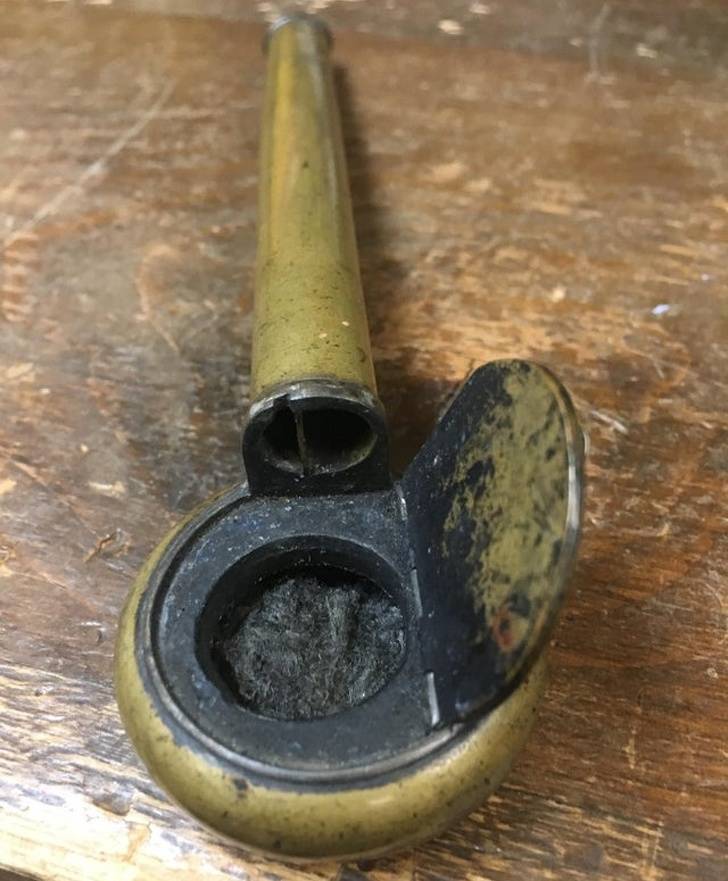 Yatate is a small writing set that looks like a smoking pipe. It has a box for ink, a shaft for the brush, and a letter opener. These sets were easy to carry and they allowed you to quickly write down any information. 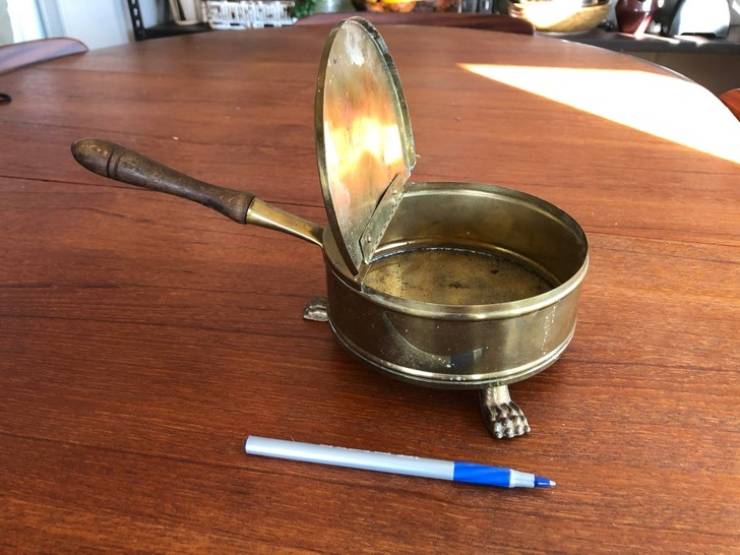 This device that looks like an ashtray is called the Silent Butler. It was used to sweep crumbs and ash off the table. 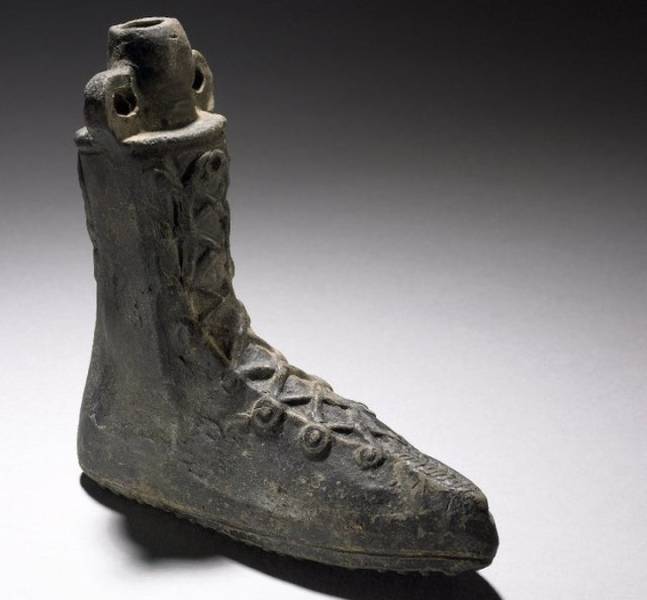 This Roman vessel in the shape of a shoe was made in the first and second centuries and served as a bottle for perfume. It probably could take part in a competition for the most creative perfume bottles. 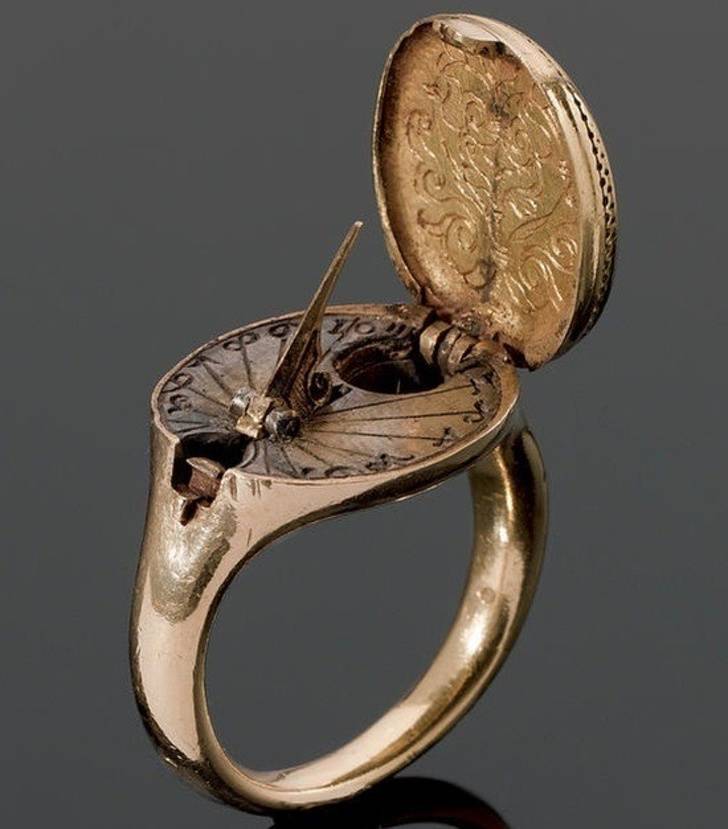 This ring was invented around 1570 and it has a special plate that hides a mechanism with a sundial. 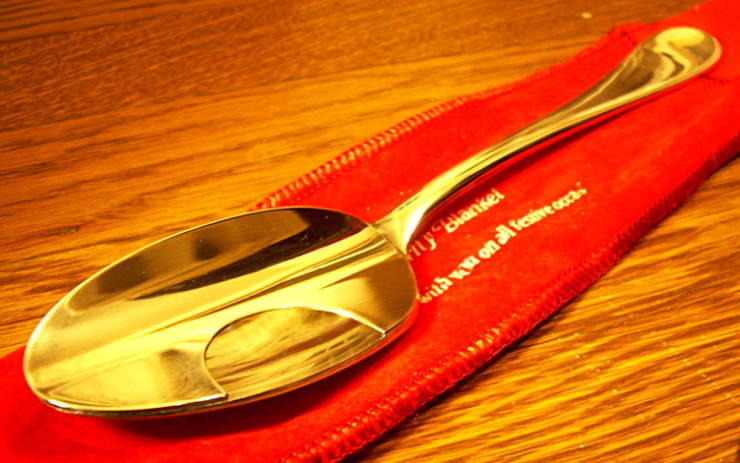 These spoons were designed in the 1870s for men with mustaches who often had to deal with discomfort as the hair on their upper lip would get wet and small pieces of food would often get stuck in it. Additionally, they used wax to style their mustache and it would melt into their food as well. To avoid that unpleasant situation, designers put a protective panel on an ordinary spoon to prevent the mustache from touching the food. 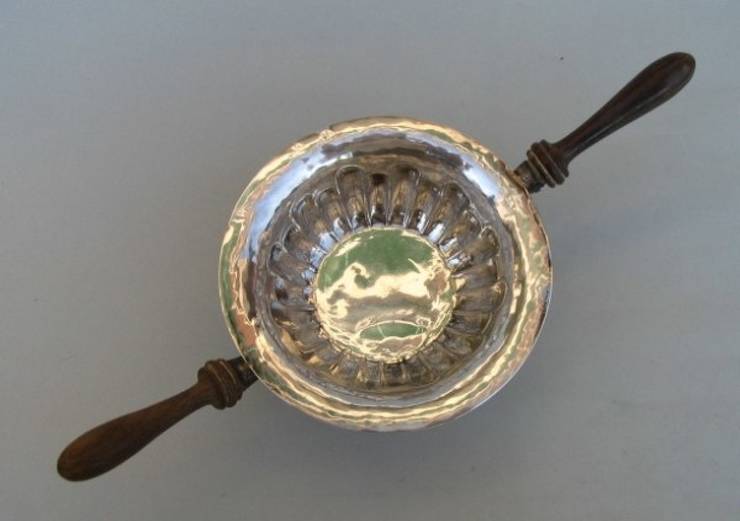 This bowl with 2 handles was used during times when smokers would light their pipes with embers from the fireplace or stove. It was designed to keep a glowing ember inside of it and pass it from one smoker to another. 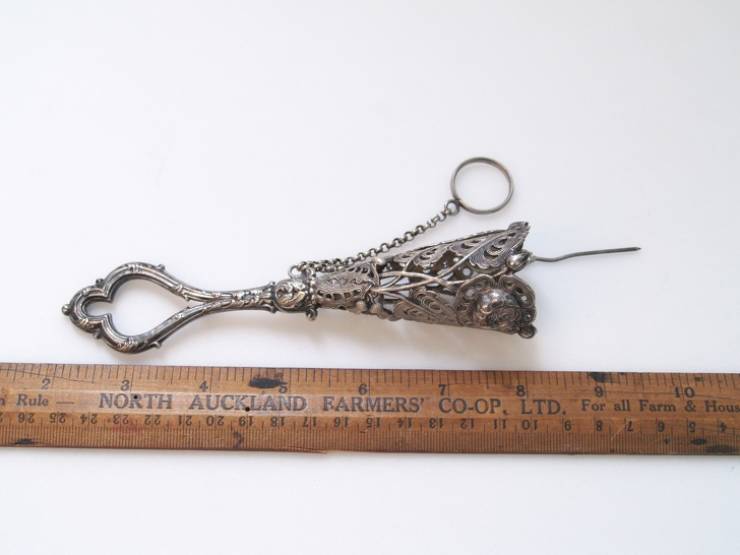 This fashionable accessory for young ladies was used for many different reasons. A woman could wear it as a bracelet when she was going out and if a gentleman presented her with flowers, she could secure them on the device with a special holder and continue dancing. 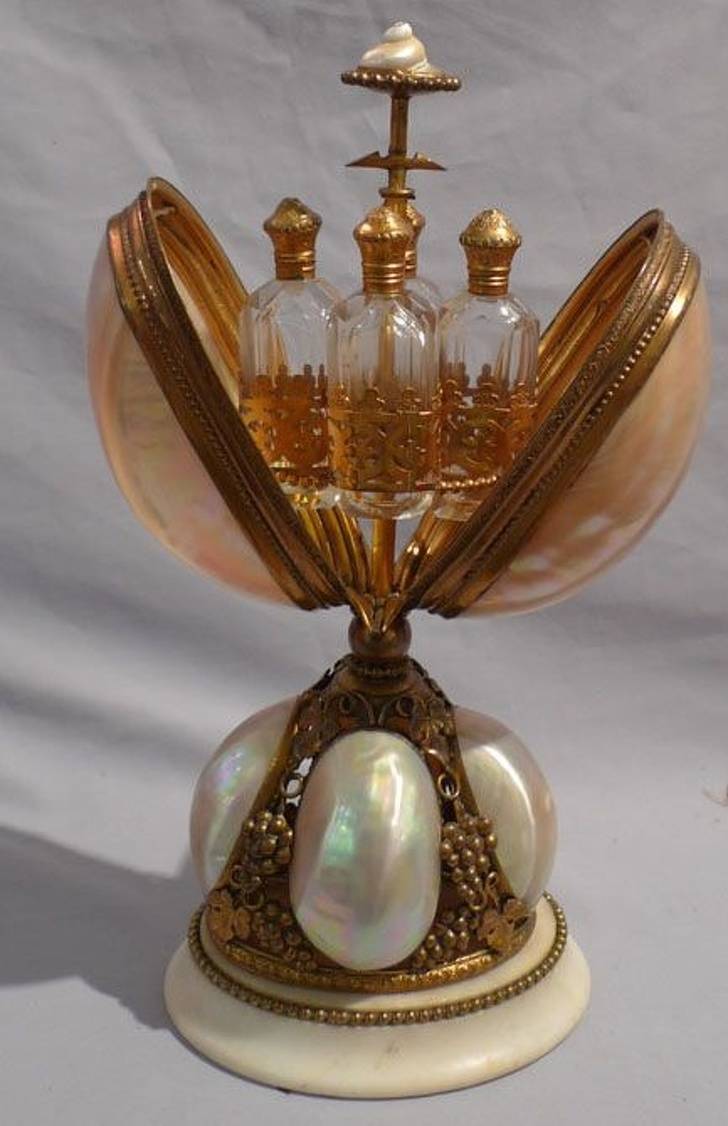 This French perfume holder that was made in 1880 worked if a person pressed its knob up at the top. It would initiate a mechanism that opened up an egg, raising the perfume bottles. 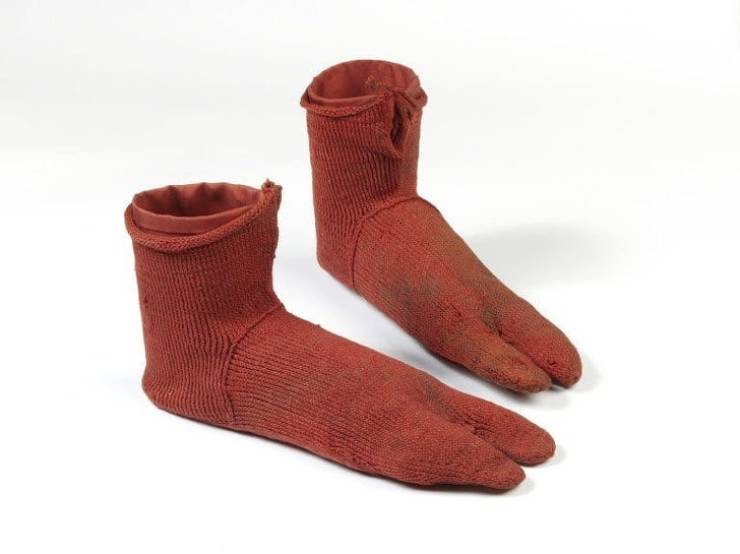 This pair of wooden socks wasn’t made for a person with 2 fingers. In the 4th and 5th centuries in Roman Egypt, people used to wear sandals with dividing ropes and this cut was made for their shoes. 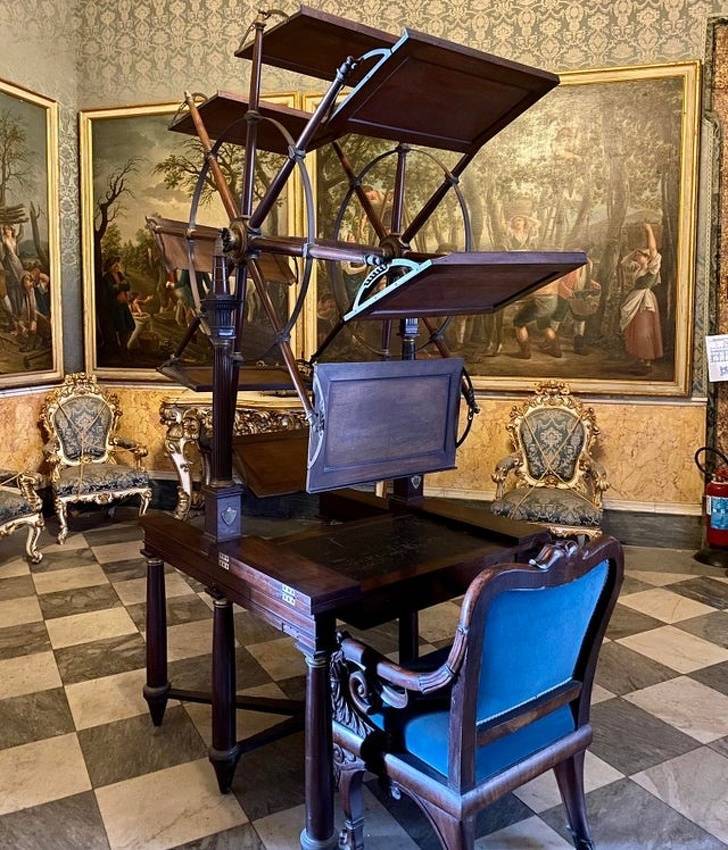 Тhe person who invented this device probably knew a lot about multitasking. This mechanism allowed people to read several books at once — the reader just had to turn the handle. 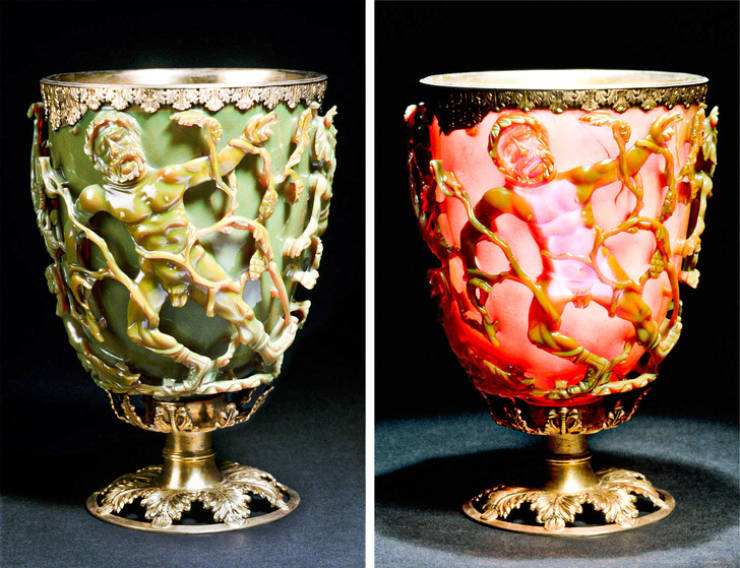 This 4th-century cup can change its color depending on the angle of the lighting. This effect can be explained by the fact that the glass contains particles of gold and silver. There’s a theory that the person who made it wanted to illustrate the phases of the ripening of grapes with this effect. 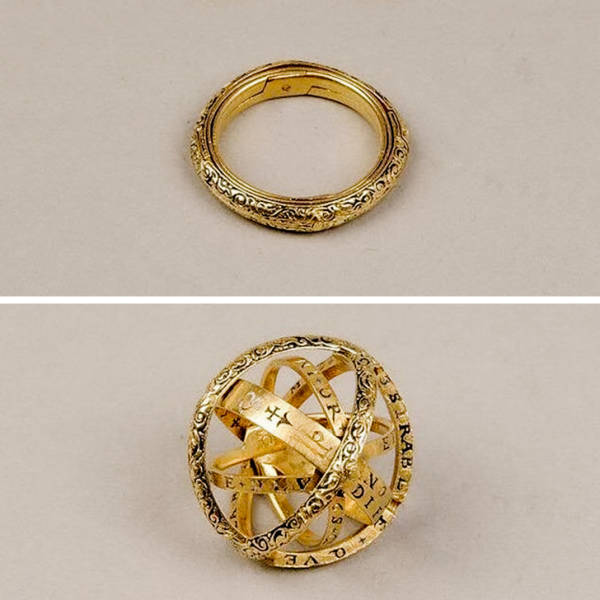 This 16th-century ring transforms into an armillary sphere that was used to determine the position of objects in the sky. 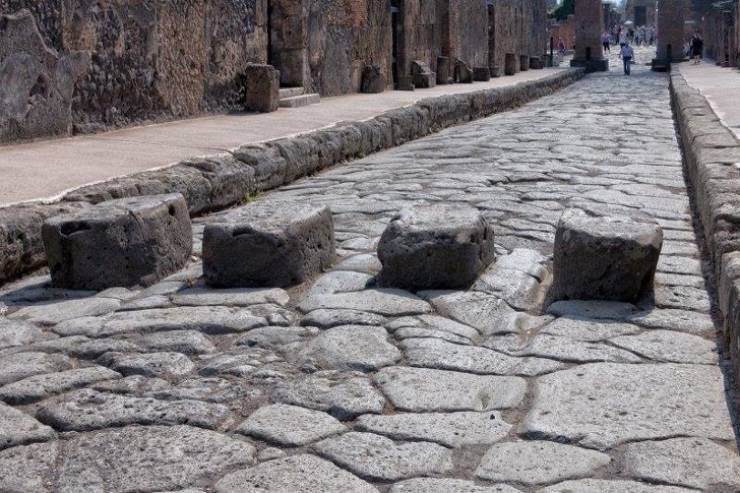 Roads in Pompeii were filled with these stone blocks. Archaeologists couldn’t figure out how the carts managed to get past them. It turned out that these pedestrian crossings were designed in such a way that the wheels of the local vehicles could drive through free space between these blocks. At the same time, they could be used as protection against enemies who had carts with different wheels. These stone blocks also helped city dwellers prevent their clothes from getting dirty and would allow them to walk on the dry road. There was no sewage system in Pompeii, so all the waste would flow down the streets and would accumulate at the lower level of the road. 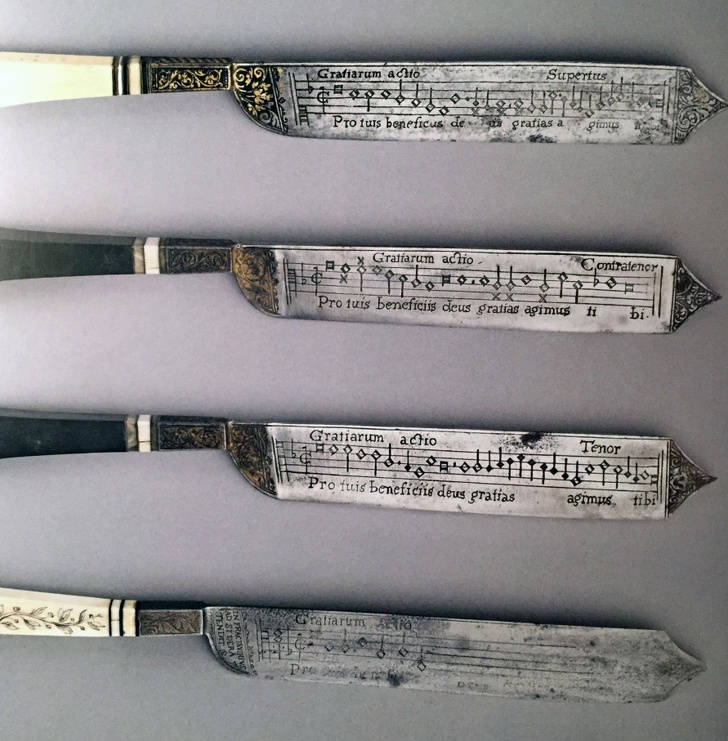 These 16th-century knives are decorated with musical scores and lyrics and each one of them has an engraved prayer that was supposed to be said before a meal. For example, one of the knives has this engraving: “The blessing of the table. May the Three-in-One bless that which we are about to eat.” 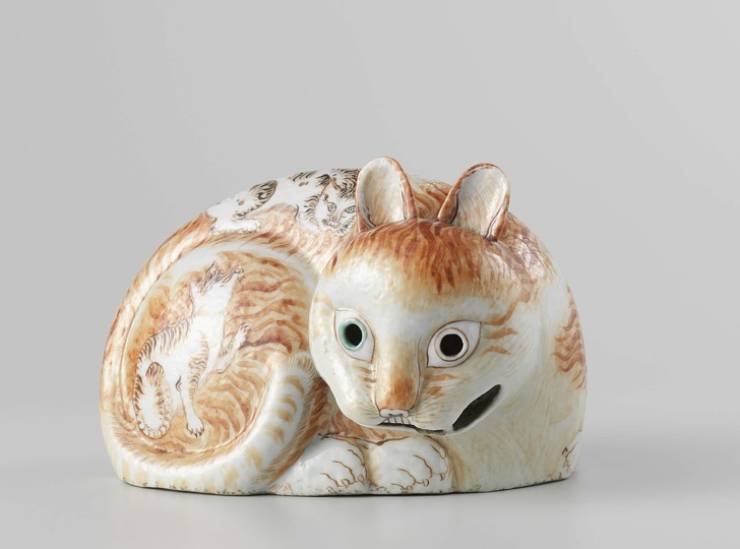 This small lamp was designed especially for children who were afraid to sleep in the dark. When the candle was put inside, the light would shine through the cat’s eyes. These laps were also used to scare rats away since many people believed that a cat with shining eyes would frighten away any rodent.

I've sung all my life; I especially love 16-century choir music and plainsong (Gregorian) chant. But I had never seen anything like the knives in #19. Note the older music script, which is no longer in use, but which some people find easier to read.

#3 I believe that in the US, a majority of people had dryers by the 60s, and that by the 70s, very few people did not have them.
Reply
0

#14, "woolen socks", perhaps and I have toes on my feet, not sure about Romans though.
Reply
0

#15 Now why would they be reading multiple books at once???
Reply
1

Groom 11 month s ago
Ahem. All inventions are from the past..
Reply
0

Emailed 10 month s ago
#15 They are NOT reading multiple books at once but the same at the fastest pace without stopping to change the page.
Reply
0