Really, do we have to clap every time?

“A friend holds the groom, while he tries to find the wedding rings he lost down the drain.” 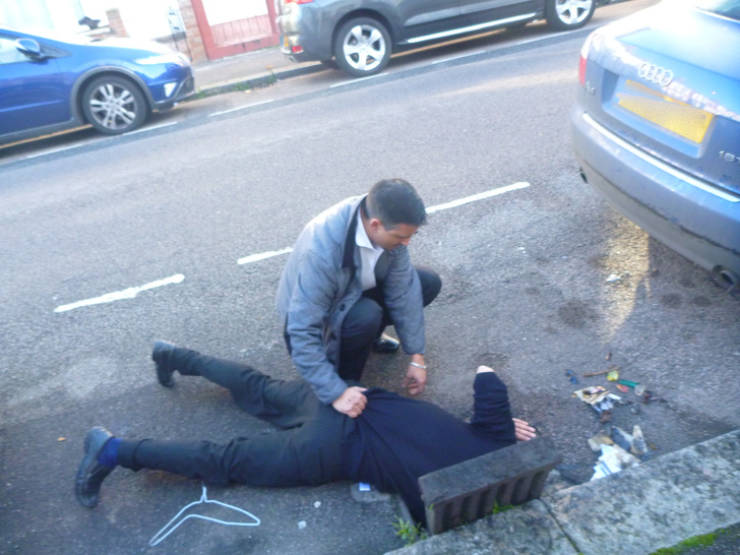 When your dad was the best helper at your wedding: 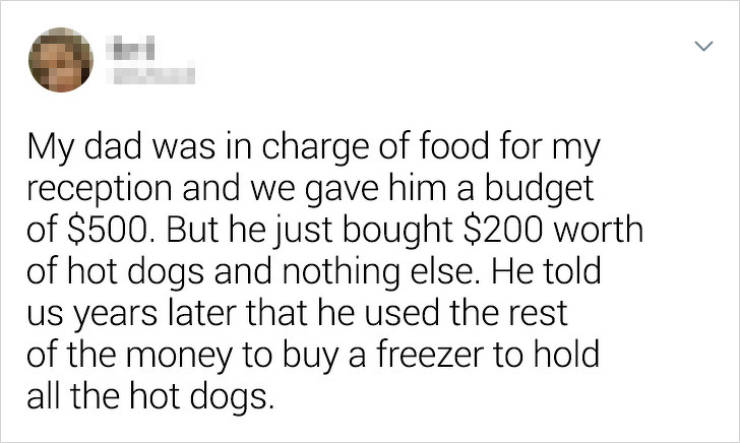 “I went overboard thanking the photographer for getting this shot of my sister falling down. I’ll have it framed and hang it in my living room.” 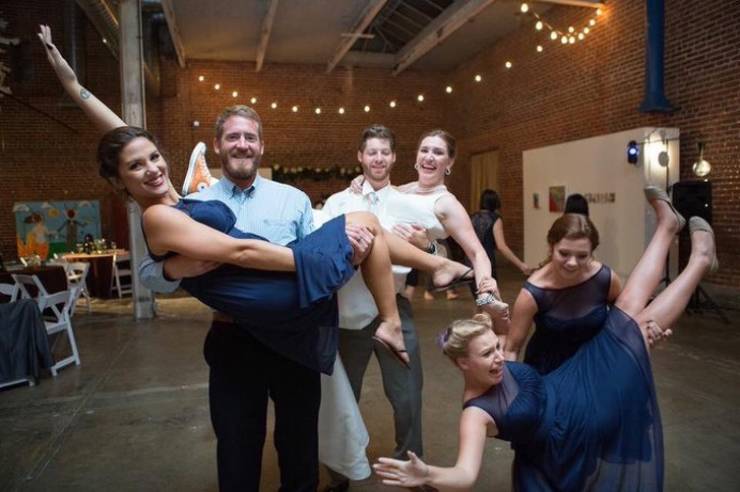 “We were going to get married on a party boat. But the river was being dredged and the boat was out of commission. We had the ceremony on the riverbank, around a bunch of trash cans, with the boat stuck in the river behind us.” 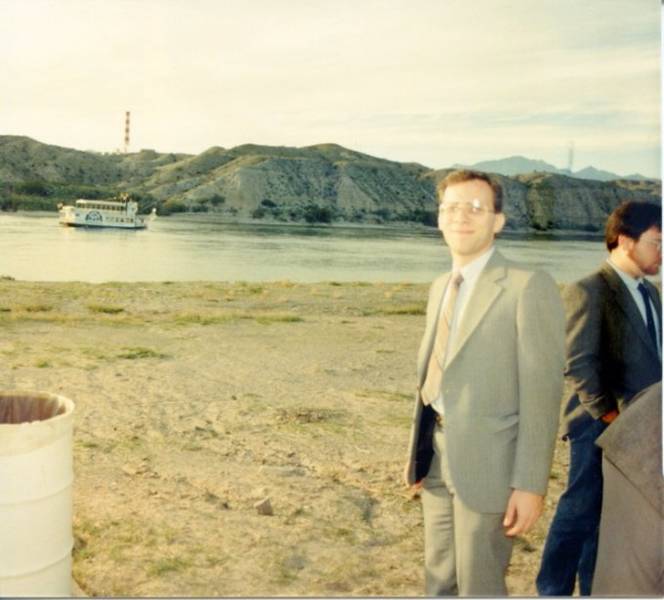 It seems like her brother was aware of something she had no idea about:

You still can photobomb a wedding even if you weren’t invited. 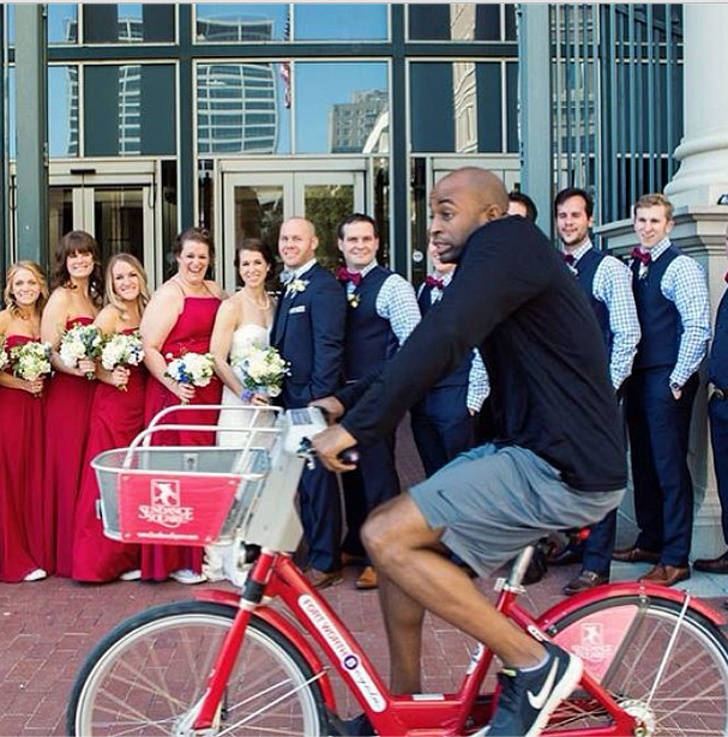 The bride wanted to get a beautiful picture where she dreamily looked through the window. But this is what she got: 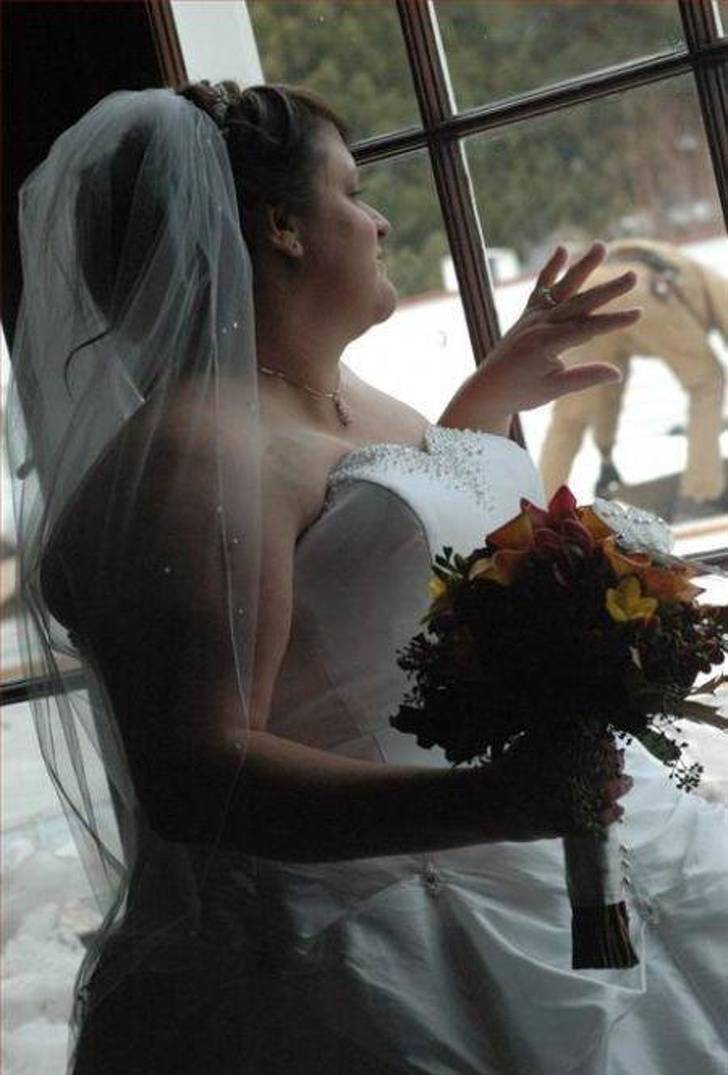 They probably should’ve made the most out of the situation and had a Shrek-themed party. 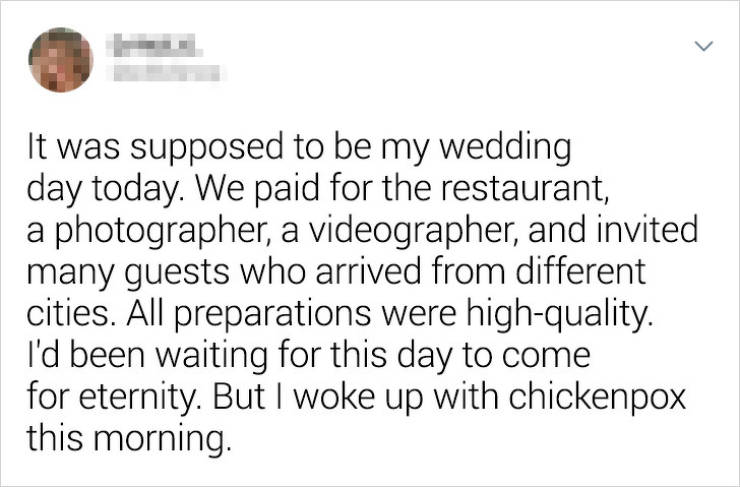 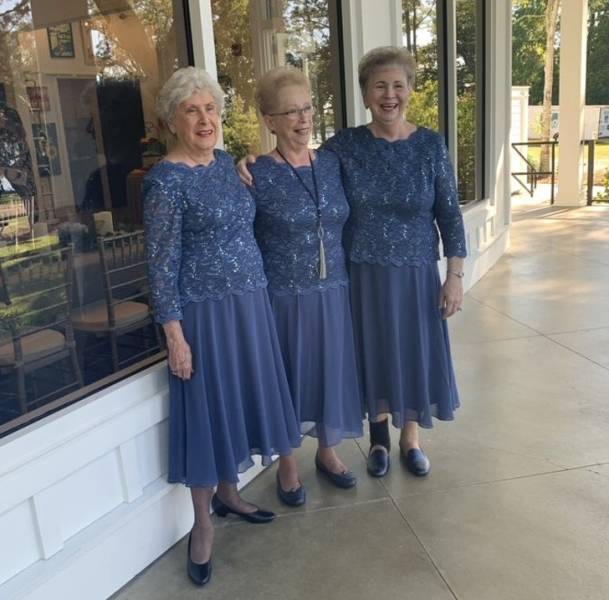 “My brother really wanted to make an entrance at my cousin’s wedding. He did a cartwheel and spilt his pants. When he returned his rented tux, he told them that they ripped when he kneeled at the altar.” 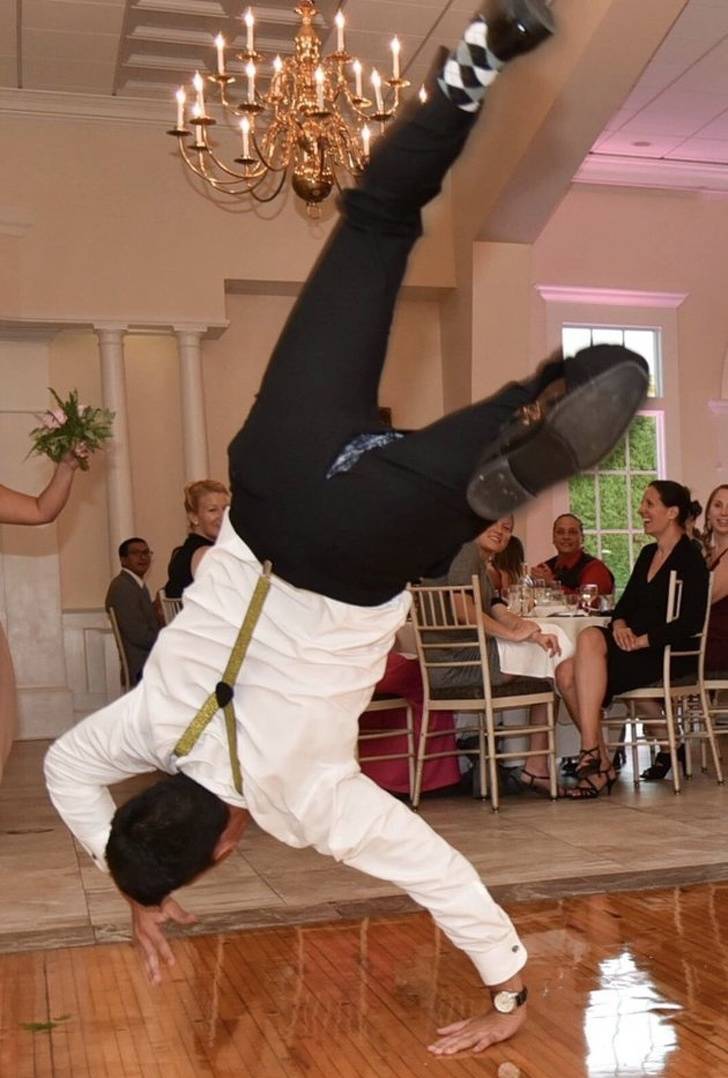 “My husband forgot to take off his Minions band-aid, so we have it in all of our wedding pictures.” 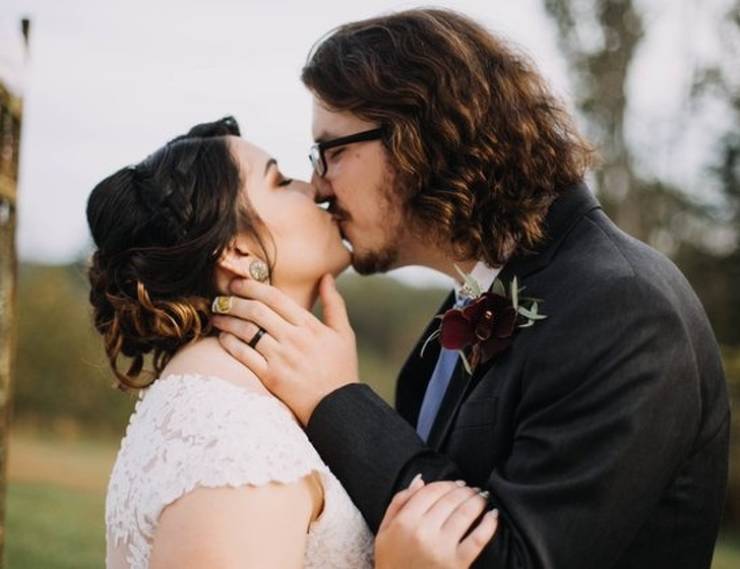 “When the time came to announce us as husband and wife, our priest called us by my last name. Problem is, I joked before that I would make my husband take my last name.” 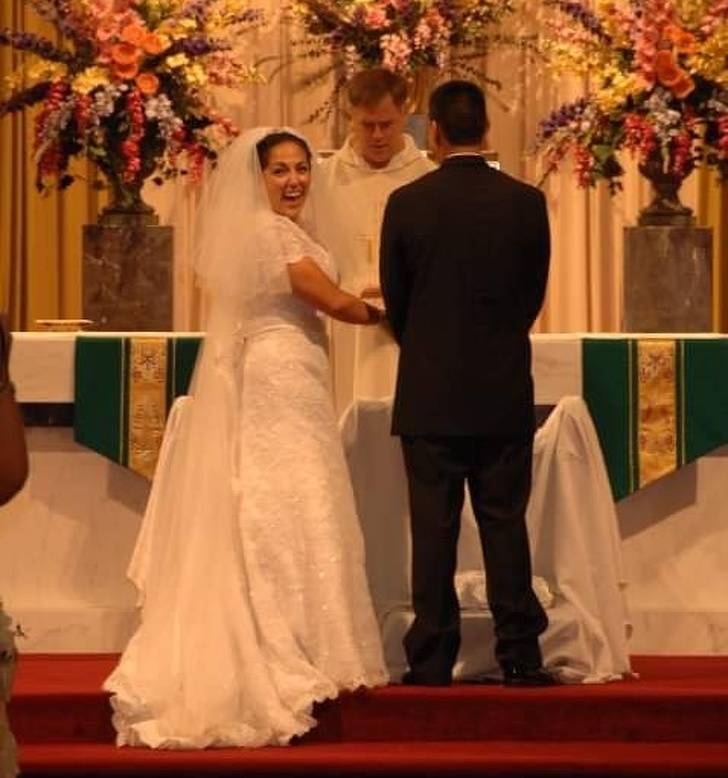 When you overdid it with your gift: 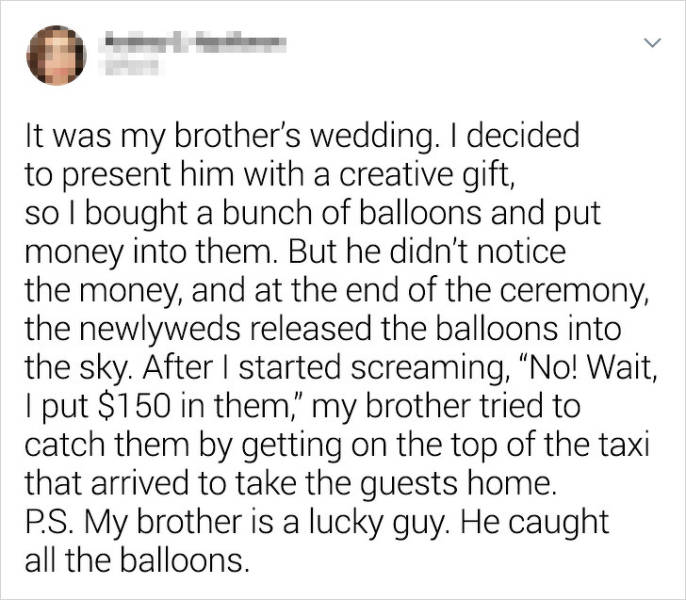 “I got pulled over by the police while my bride and I were driving to the church.” 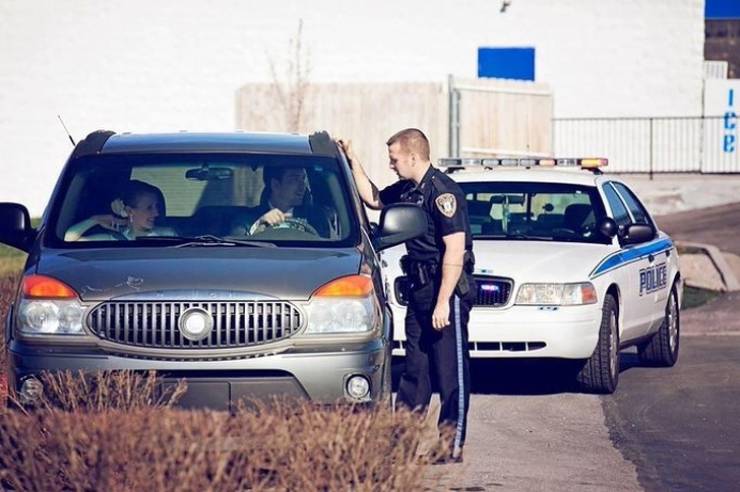 “When I was little, I was carrying my aunt’s wedding dress and wiping my nose with it at the same time.” 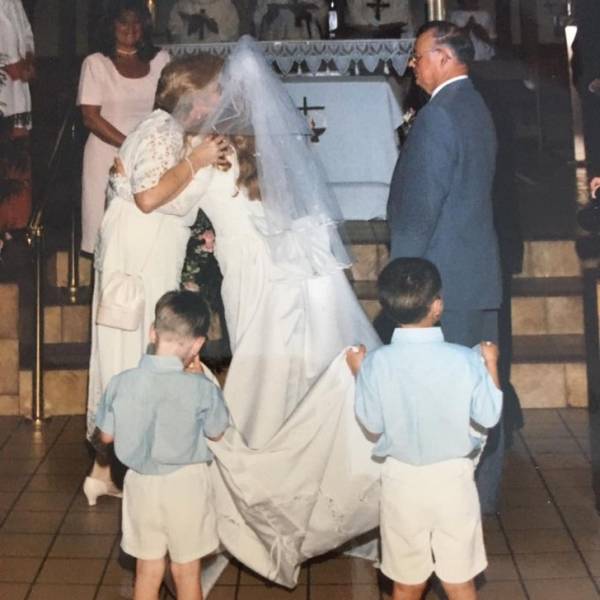 Very few people would be able to get this picture without using Photoshop: 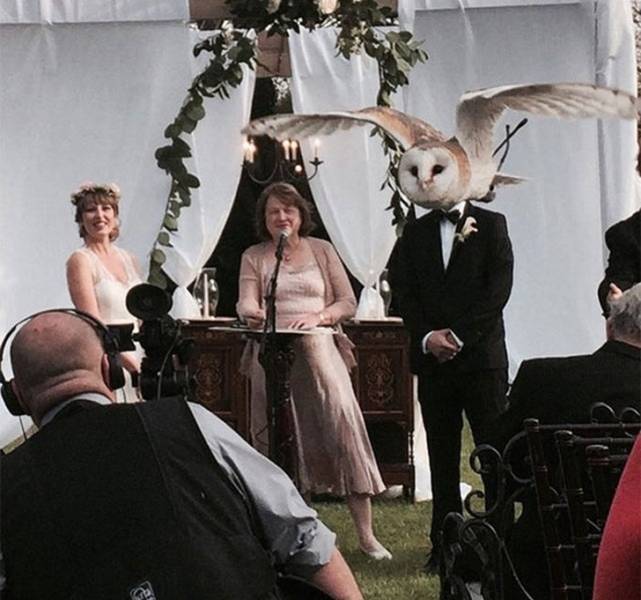 We’re sure nobody was upset because this photo didn’t turn out as planned. 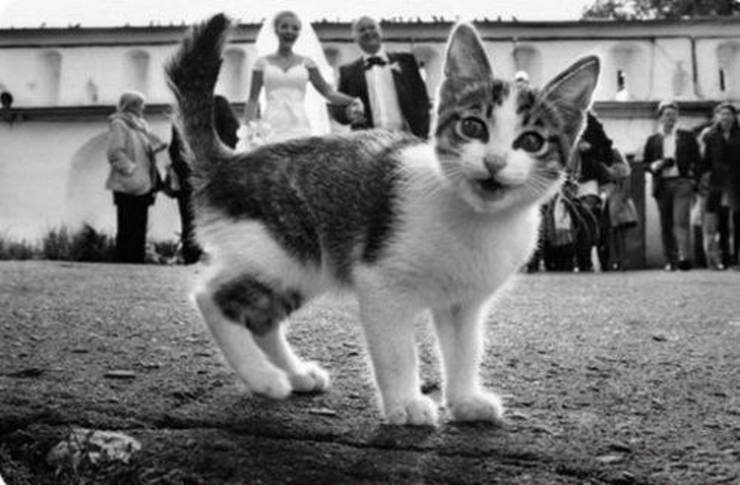 Other 10 month s ago
#7 lol I love the bicyclists expression. Actual accidental wedding photo bomb pictures are so much better than the pre-planned cheesy stuff some wedding photographers try to create.
Reply
0

Everyday 10 month s ago
Weddings are a complete waste of money, why spend so much just to show off to your friends?
Reply
X
>
1/1
<