We want to emphasize the importance of adopting animals from shelters rather than buying a purebred pet. 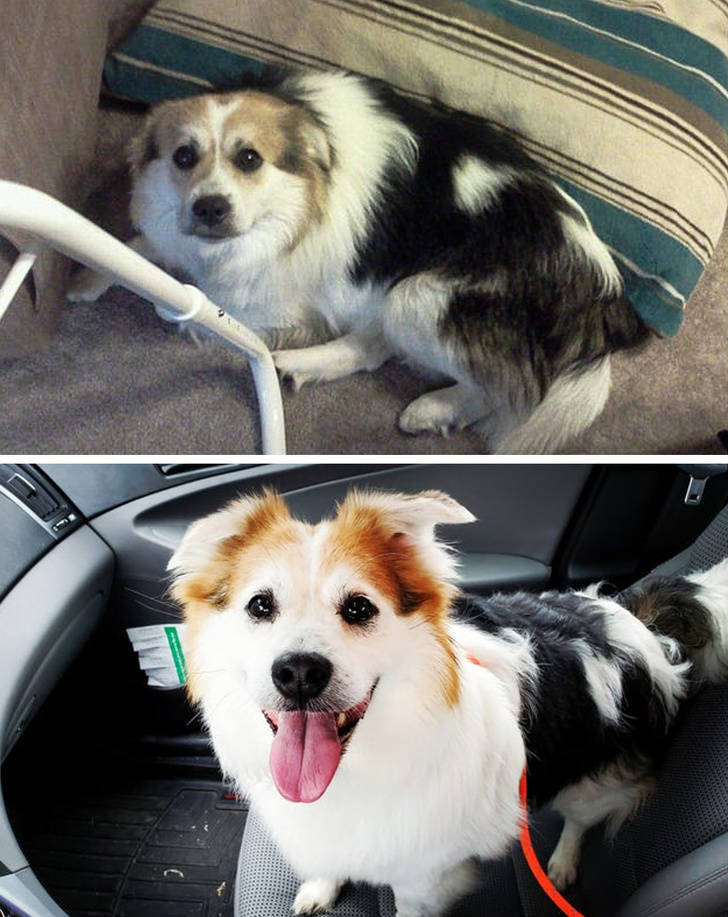 “5 months ago, I picked up this tiny, sick kitten from the street. I fed him and treated him well. He still loves sitting on my hands and cuddling.”
2 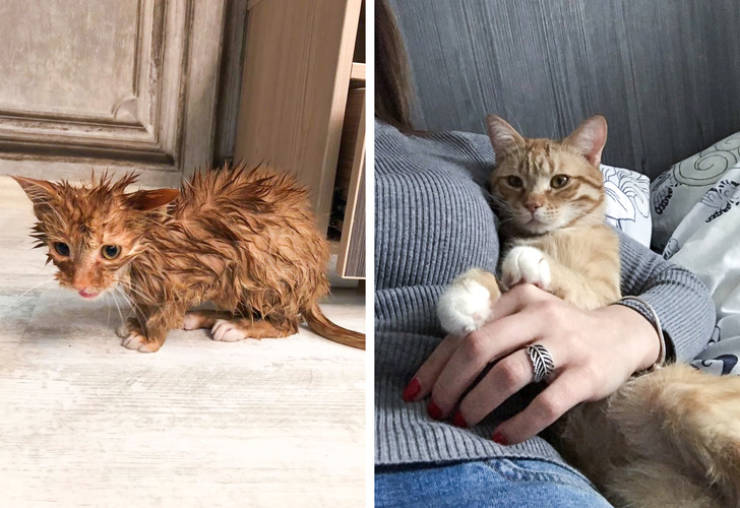 “2 years after their adoption and still getting fluffier by the day!”
3 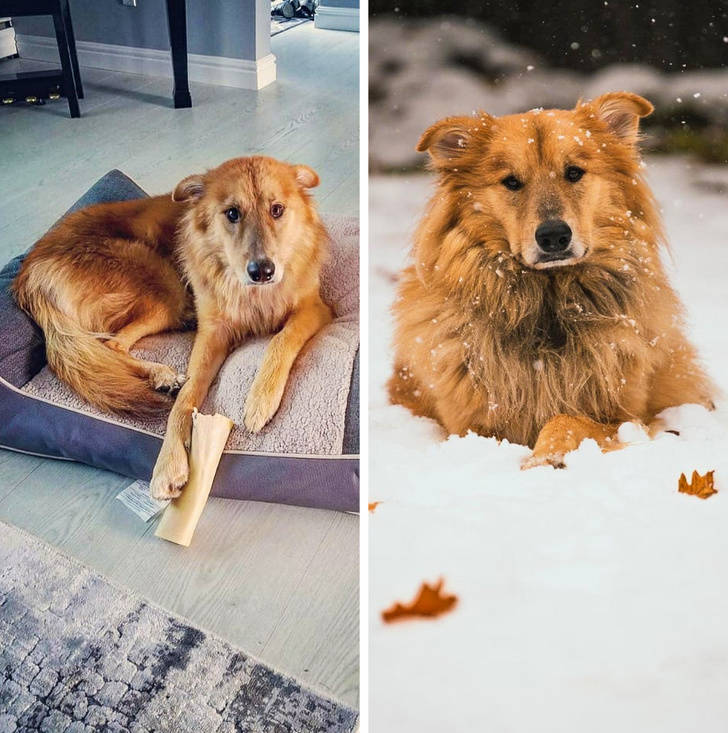 What love and kindness can do
4 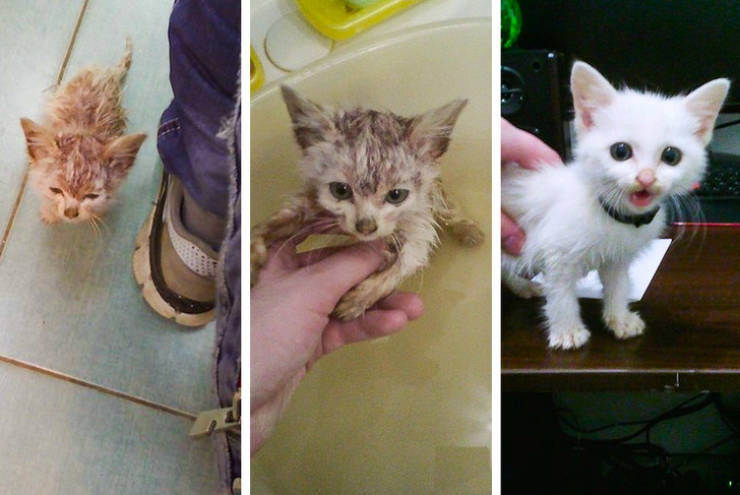 “3 years ago, I adopted this beauty that grew into a gorgeous creature!”
5 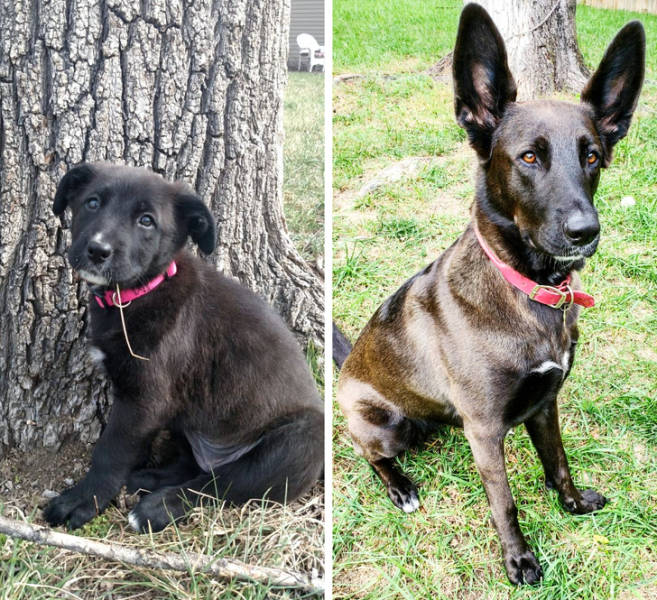 “I adopted George in October and the other day, I was in the local pet store and happened to see his picture in an ad posted by the woman that found him outside. She eventually brought him to the local shelter where I found him but the old picture brings tears to my eyes. He’s come such a long way!”
6 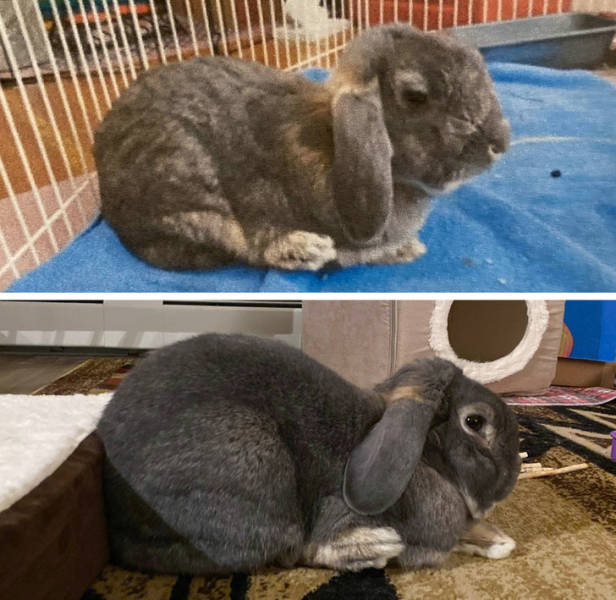 “Someone wrapped him in a plastic cover and left him to die on the road. We took him home. Finger for scale.”
7 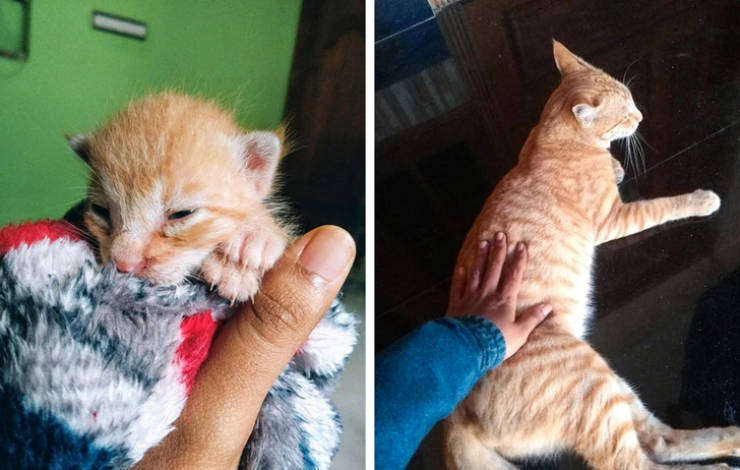 “My buddy’s best friend the day he found him on the streets 1.5 years ago to the present day! This is Bruno!”
8 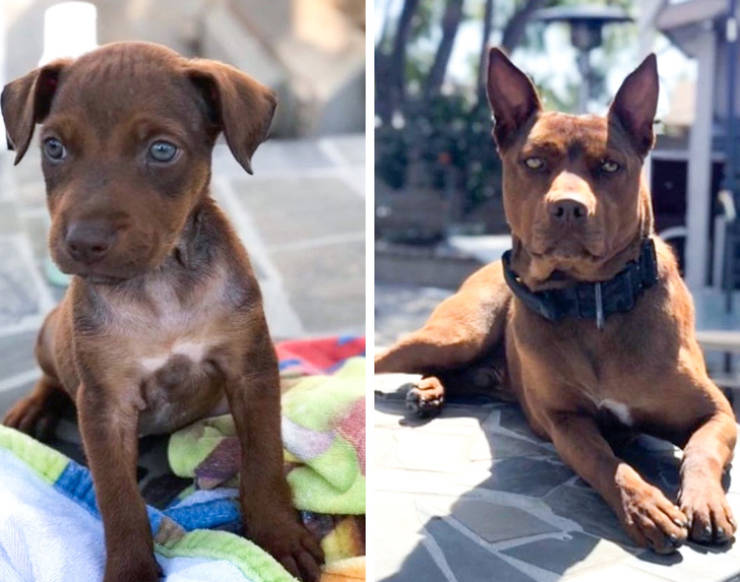 “Adopted this lovebug the day after Christmas in 2016. Best decision I’ve ever made! It’s safe to say she’s happy with the decision too.”
9 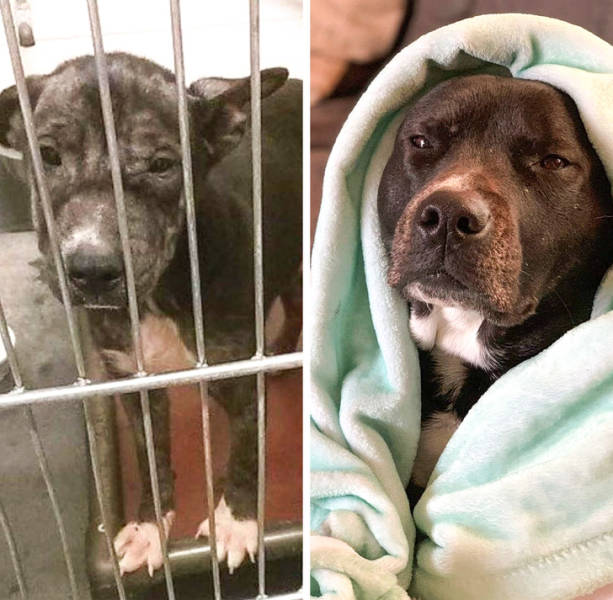 “2 months ago I found him mangled, likely run over, and almost dead due to dehydration. Today we finally took the cone off and let him chill with us on the bed.”
10

“From scared and alone to surrounded by toys and love”
11 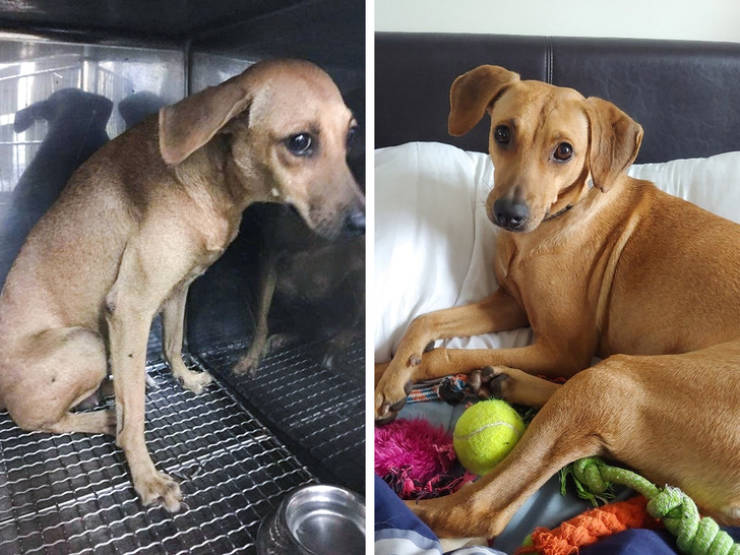 “This is Lucy from November to today. My amazing wife saved her from the streets and disease.”
12 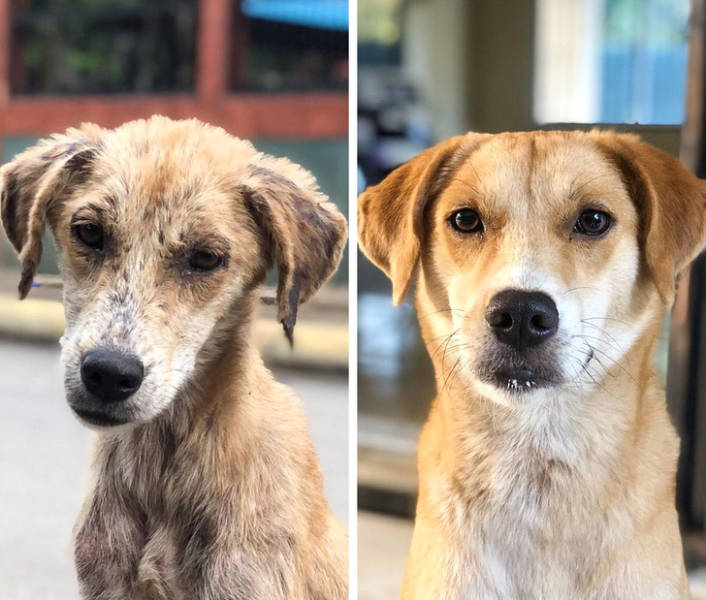 “Found this beautiful girl tied up on the highway. The vet said if she wasn’t taken in she would’ve probably died that night. It took her months before she would even be in the same room with anybody and now she spends all her time with her favorite people and her 4 animal siblings. I love her so much.”
13 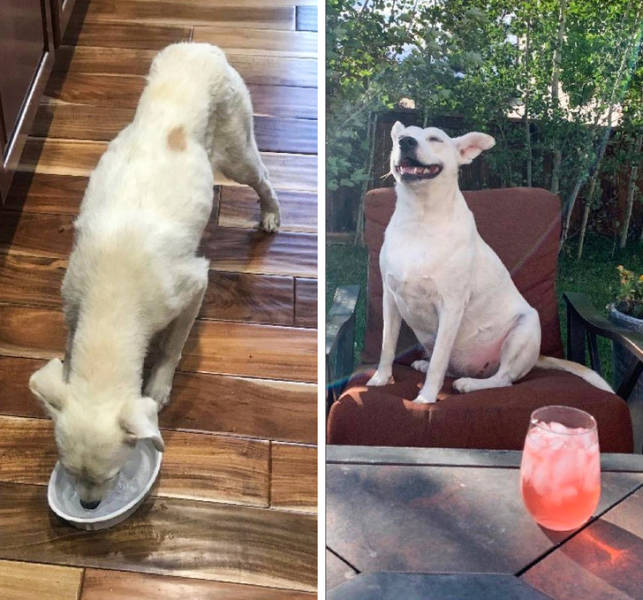 “The top photo is in the shelter, the rest are in his new forever home.”
14 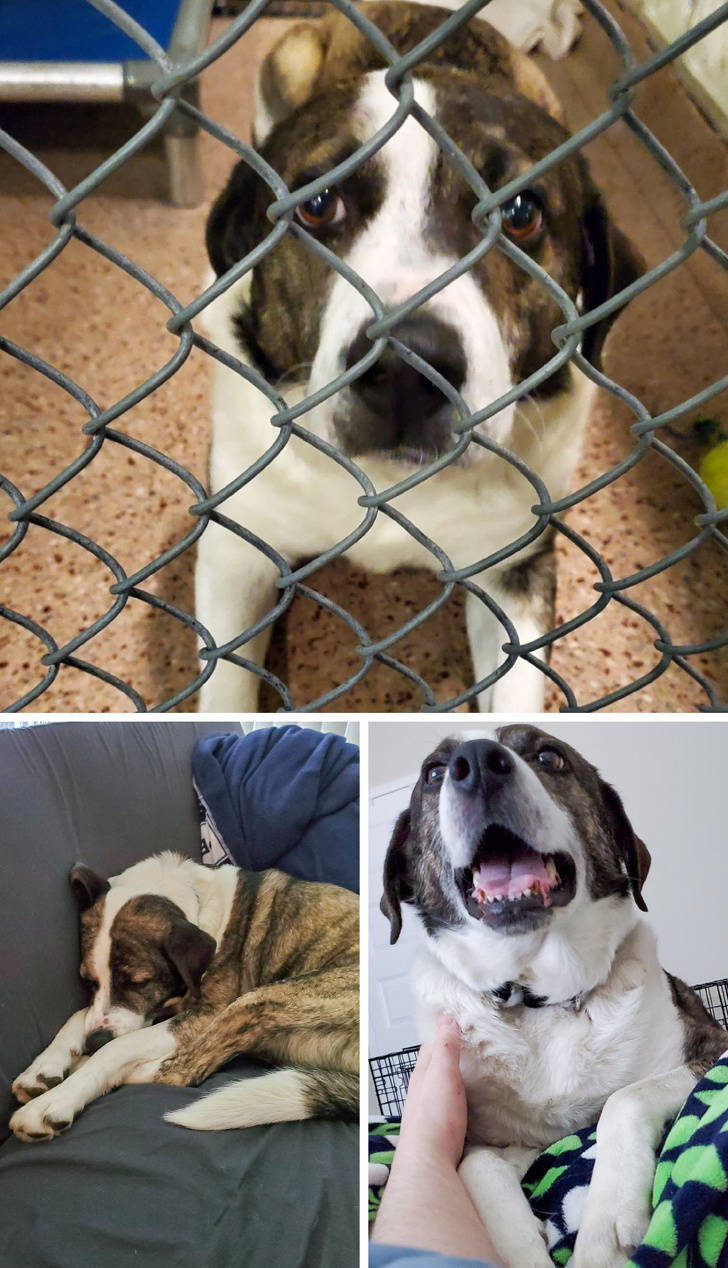 “Exactly 1 year ago today, I picked up this little baby. She’s refused to leave my side ever since. Happy Adoptiversary, Roxanne!”
15 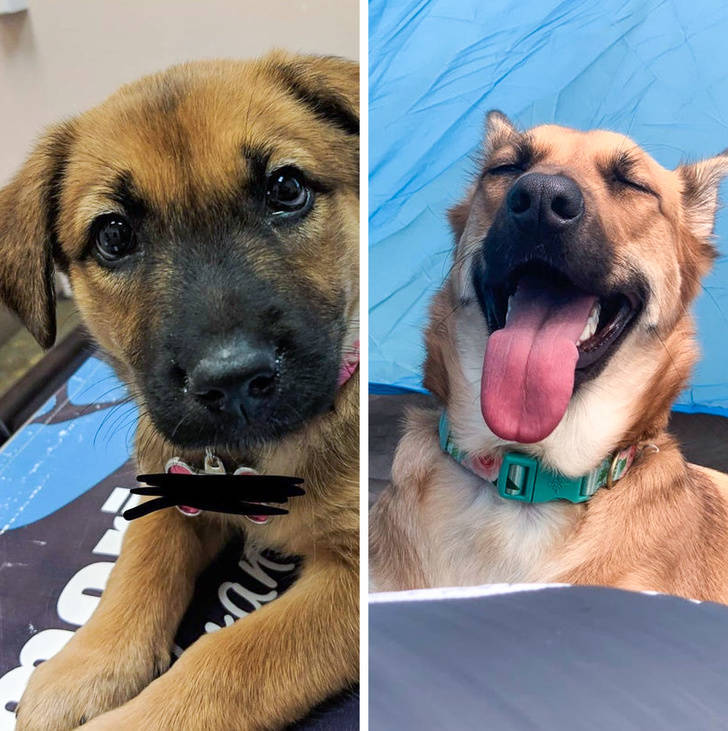 Advertisement
“I rescued Peanut 6 months ago from an abusive home.”
16 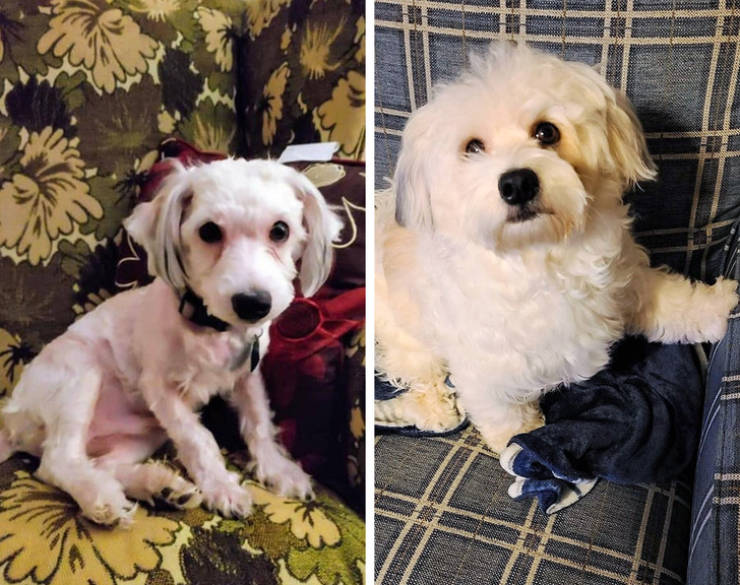 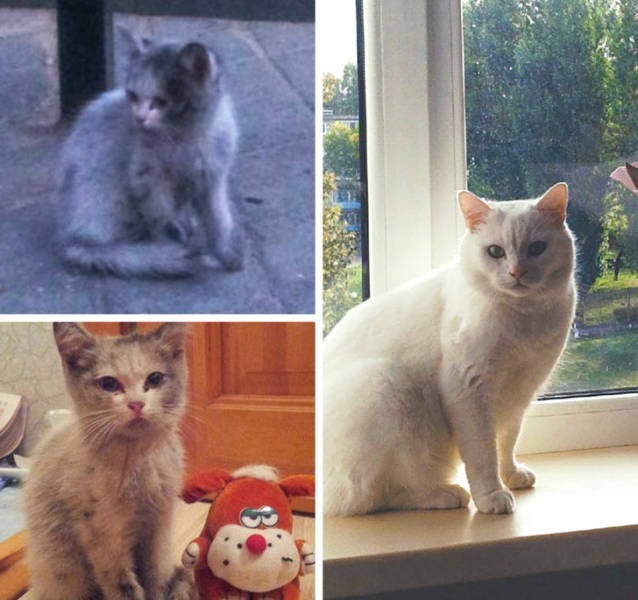 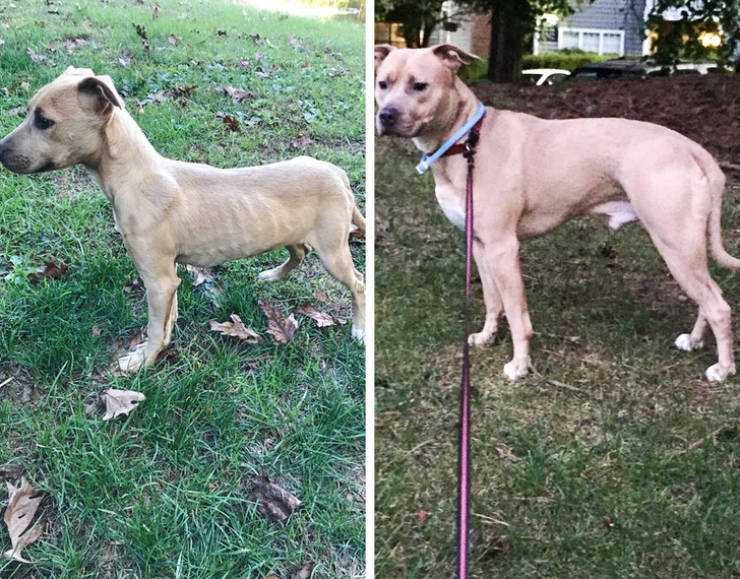