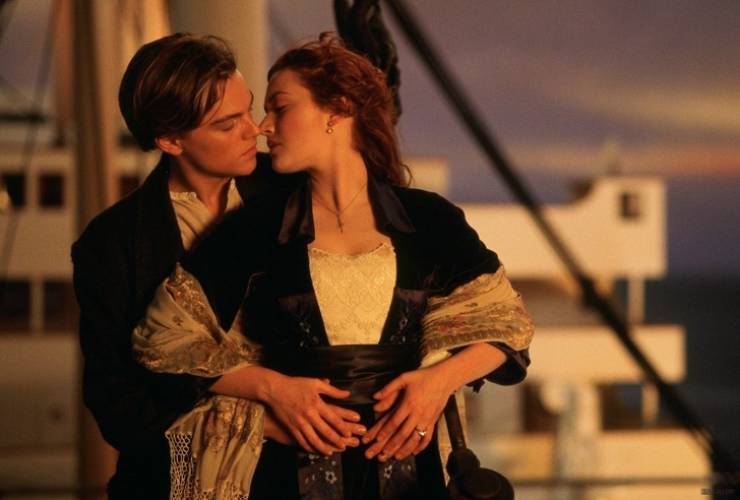 The role of Rose made the actress word-famous and won her an Oscar nomination and the film itself got 11 Academy Awards. Many critics said that Winslet acted perfectly even though she disagrees with them. “Looking back at my role in Titanic, I think it was terrible. I really hate my American accent,” she said.

The actress is also tired of fans’ requests to sign photos of the naked Rose. “I didn’t mean for it to be a photograph that I would end up seeing 16, 17 years later... It’s still haunting me,” explained Winslet. 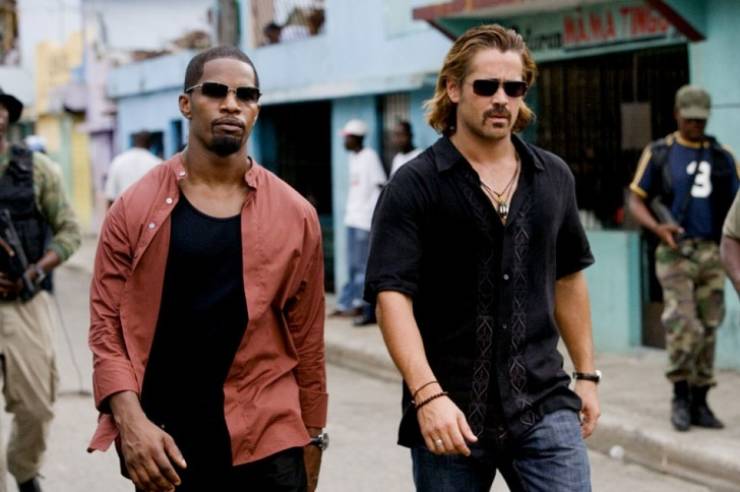 Colin Farrell regrets agreeing to play his role in Miami Vice. “Miami Vice? I didn’t like it so much — I thought it was style over substance and I accept a good bit of the responsibility.”

After the film, he also said this about similar roles and explained, “I think I’m done playing cops — I’ve played a lot of cops and soldiers in my time. I’ve held a lot of guns over the last 12 years and I don’t even have a taste for them.” 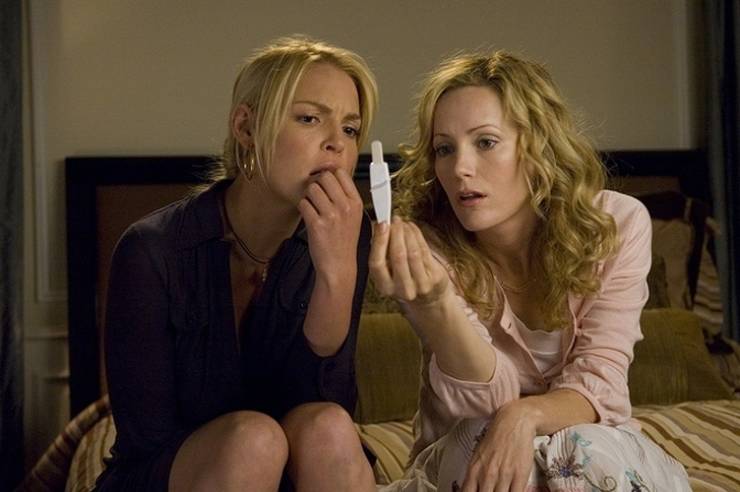 Despite the fact that this film was quite popular and even had a great influence on her career, the actress was unhappy and said, “It paints the women as shrews, as humorless and uptight, and it paints the men as lovable, goofy, fun-loving guys. It exaggerated the characters, and I had a hard time with it.”

She even called the director Judd Apatow a little sexist but still said that he was really professional. “Judd allows you to improvise and feel free.”

Brad Pitt, The Devil’s Own 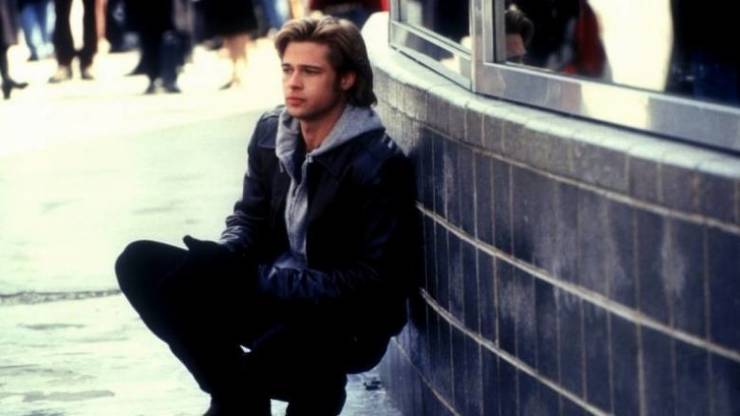 The actor was quite brief about this film and said, “The most irresponsible bit of filmmaking — if you can even call it that — that I’ve ever seen.” 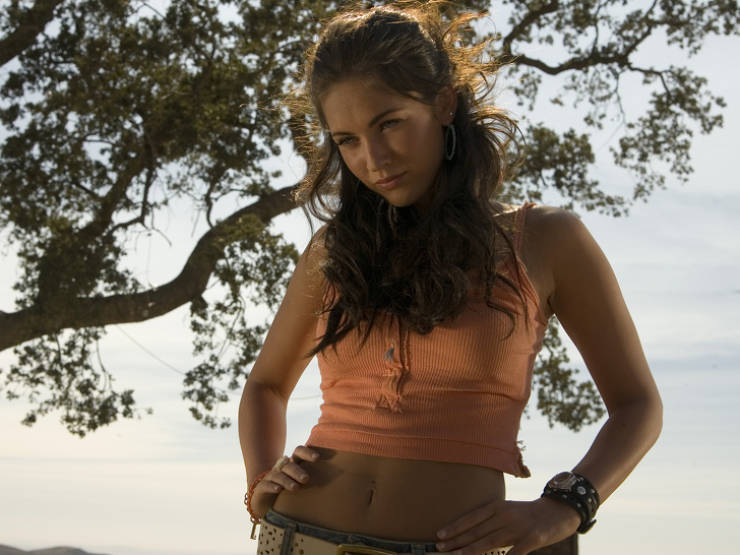 The actress said that it was not the job she would’ve liked to do. “People are well aware that this is not a movie about acting. All right, I know that when he calls, ’Action!’ I’m either going to be running or screaming or both.” 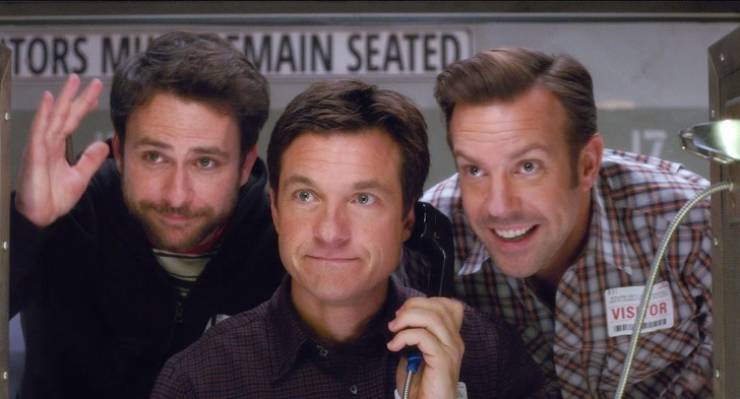 In one of his interviews, Jason Bateman said that he didn’t like that Hollywood loved making sequels and he explained that the second film wasn’t one for people, but rather, a paycheck for the actors. 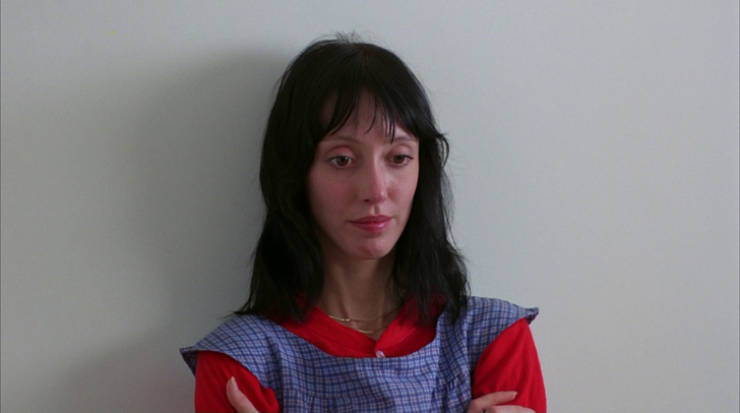 The actress who played the wife of the main character admitted that she hated her role because of Stanley Kubric. The director made her do the crying scene more than 100 times, “From May until October I was really in and out of ill health because the stress of the role was so great. Stanley pushed me and prodded me further than I’ve ever been pushed before. It’s the most difficult role I’ve ever had to play.” 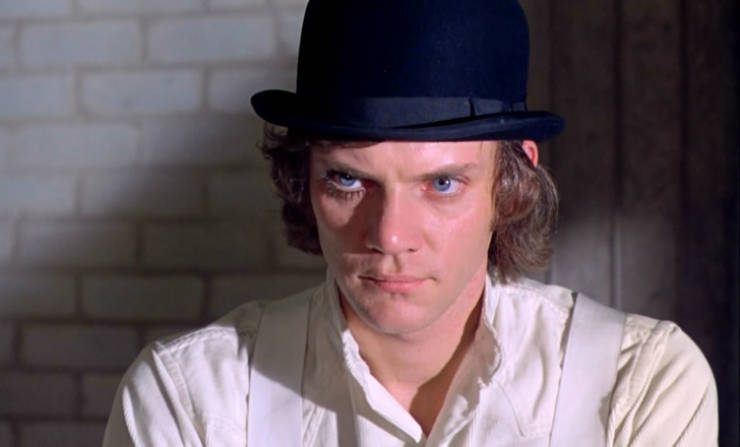 Malcolm McDowell is another person who “suffered” because of the director Stanley Kubric. In the scene where his eyes were kept open for a terrible experiment, the actor hurt his corneas and admitted, “I ended up with scratched corneas — nasty, viciously painful. It heals up pretty quick, but a few days later Stanley says he needs one more, a real close-up.” James Franco thinks that the film Your Highness is one of the biggest mistakes in his career. “That movie sucks. You can’t get around that,” the actor said. 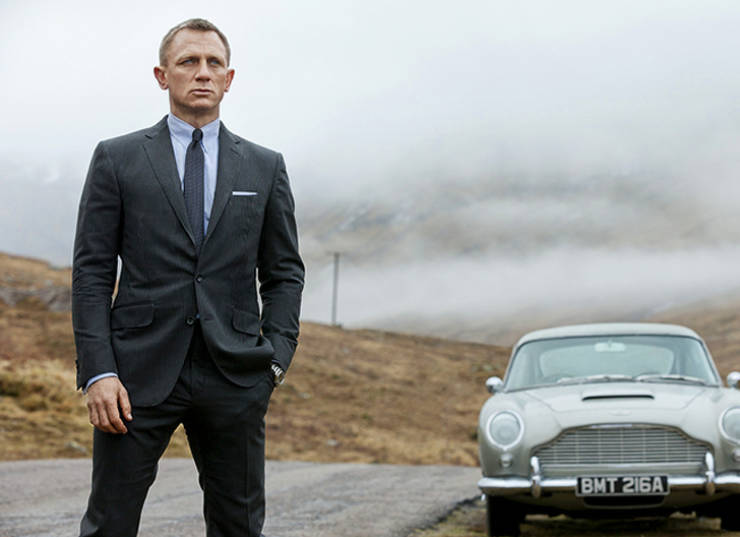 After Spectre, Daniel Craig said that he was tired of playing the role of the special agent. “If I did another Bond movie, it would only be for the money.”

And Craig was not the only tired person involved in the franchise. One of his predecessors, Sean Connery, said, “I have always hated that James Bond. I’d like to kill him.” 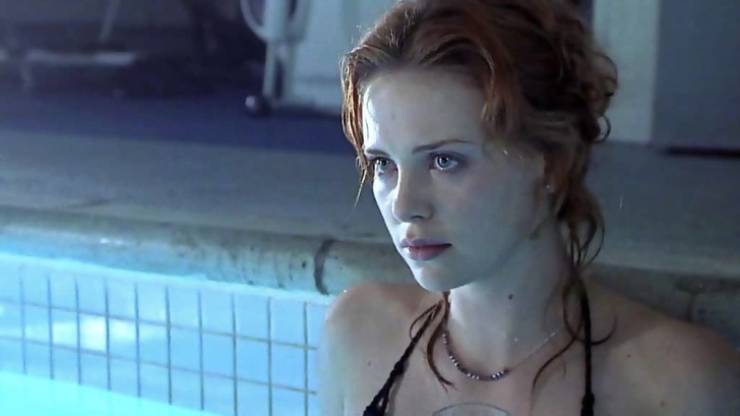 Even before the start of the shooting process, she realized it wasn’t the type of film she loved doing. “But even though the movie might suck, I got to work with John Frankenheimer. I wasn’t lying to myself — that’s why I did it. I mean, he directed The Manchurian Candidate, which is like the movie of all movies,” explained the actress. 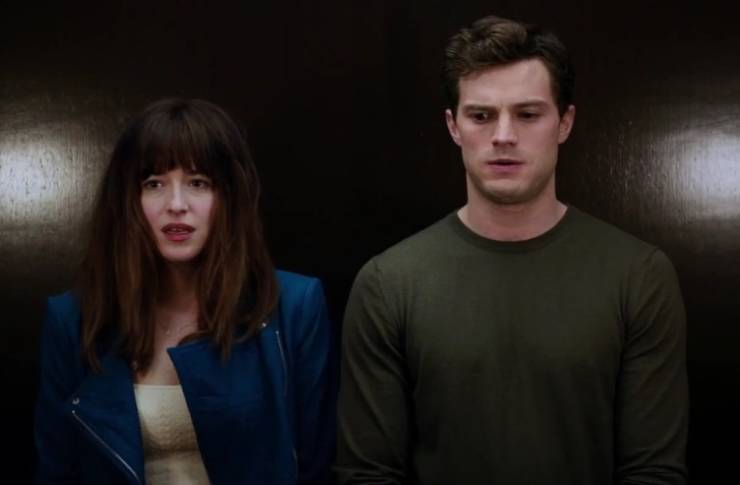 Jamie Dornan often says that he didn’t like the character he had to play in the film. “Some of the Red Room stuff was uncomfortable. There were times when I had to do stuff to Dakota that I’d never choose to do to a woman,” he said.

And Dakota Johnson herself still feels ashamed that she had to do nude scenes. 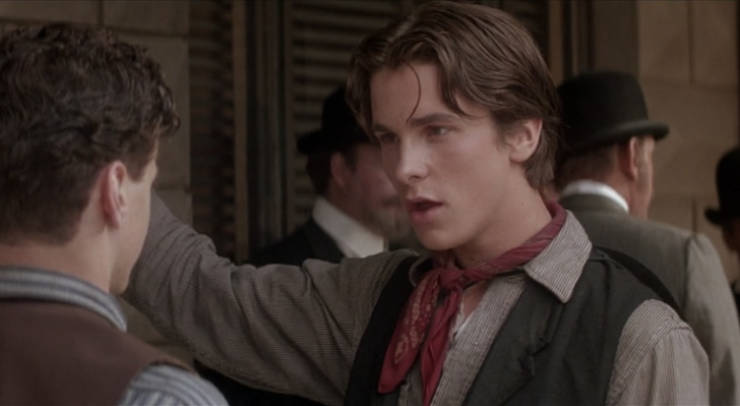 When he was an unknown actor, Christian Bale agreed to appear in a promising Disney film, not knowing it would include music scenes. “At 17, you want to be taken very seriously — you don’t want to be doing a musical,” the actor said. 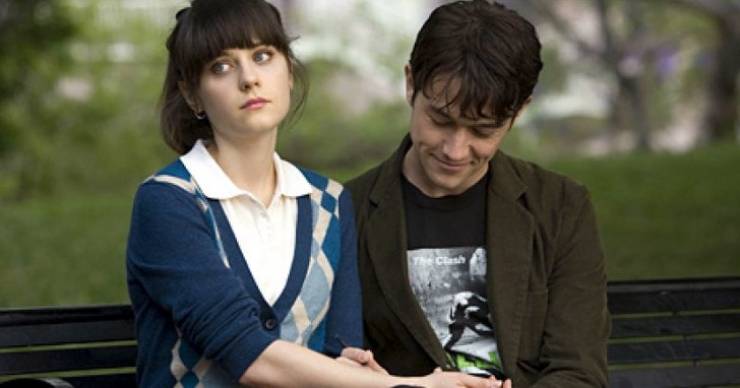 The actor doesn’t agree that his character was a good guy and even said, “He is a selfish, silly boy who projected his own fantasy on a girl and got upset when she didn’t match his high expectations.” 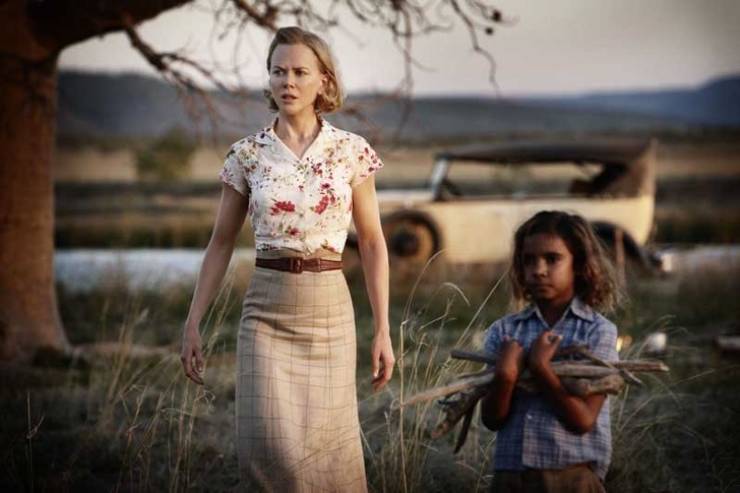 After rewatching the movie, Nicole Kidman was upset because she thought that her character was dull and undiscovered. And even though people loved the movie and it won an Academy Award, the actress still says, “I can’t look at this movie and be proud of what I’ve done.” 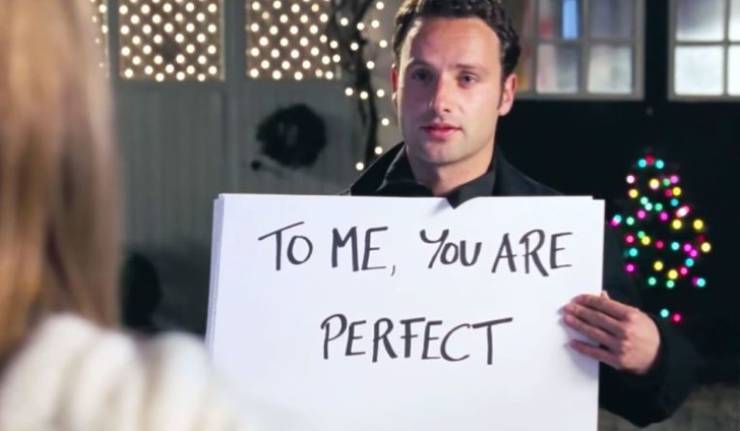 The actor has mixed feelings about his character in the famous Christmas film. “In one of the most romantic movies of all time, I got to play the only guy who doesn’t get the girl. The story is set up like a prism looking at all the different qualities of love. Mine was unrequited. So I got to be this weird stalker guy,” said the actor.

Girl 9 month s ago
I'll be honest with you...I'm tired of Daniel Craig as Bond too. He was my least favourite Bond of all....it's time to put a new Bond in.

Everyone who was involved in 50 Shades of Grey should be ashamed of themselves.
Reply
1

CookieDevourer 9 month s ago
rich people complaining that they did not like the job... but for the money they will do anything

Occasion 9 month s ago
@CookieDevourer Bless you, you lucky person, who has never gone to work because you needed the money and who loved every aspect of your jobs. If it wasn't the case, I know you'd quit on the spot, rather than to sully your soul even if you had bills to pay.
Reply
0

Stronger 9 month s ago
I’ve heard that Katherine Heigl is hard to work with.
Reply