“A friend of mine was recently on a flight sitting next to a family and these things were behind their ears. Can anyone ID it?”
1 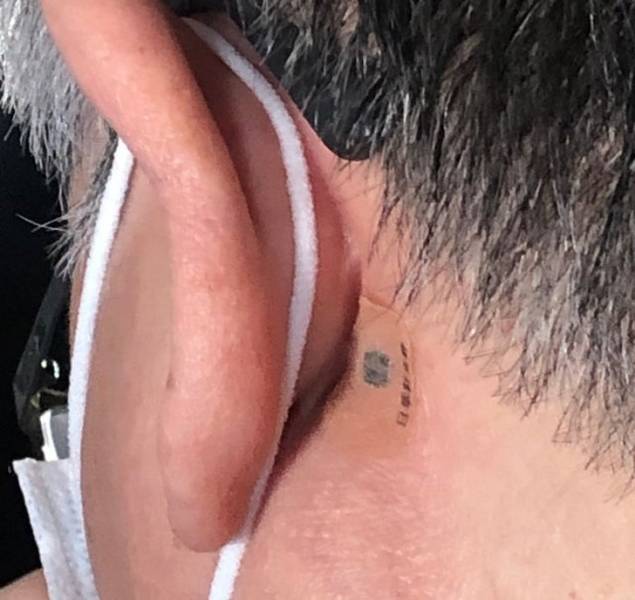 “This was found in our house. There’s a tiny blade in there too.”
2 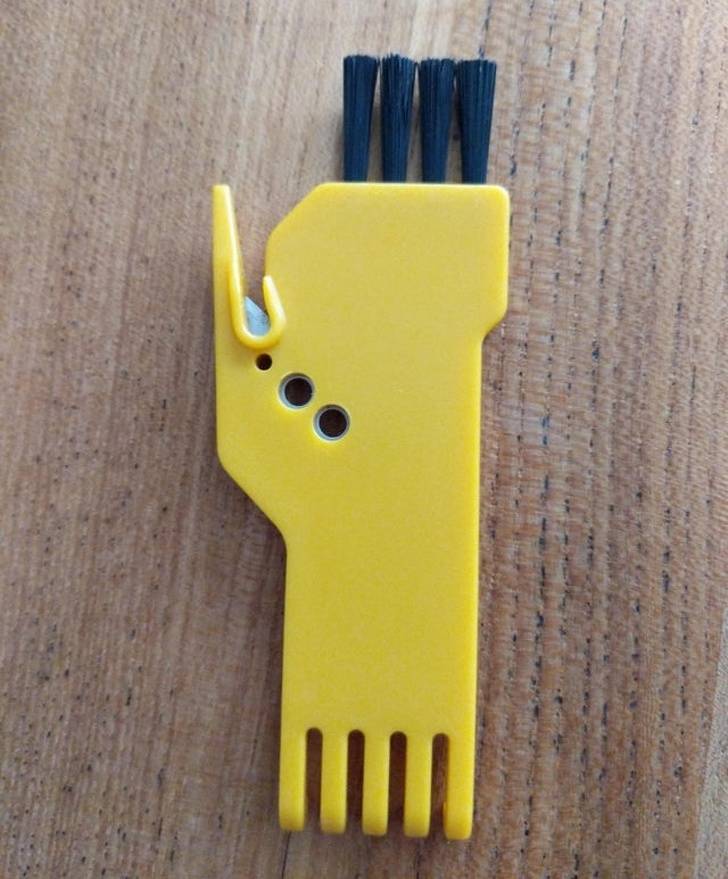 Answer: It’s used to clean brushes and cut out hairs that get tangled in robot vacuum cleaners.

“This is someone’s wooden contraption — may or may not be worth $2.”
3 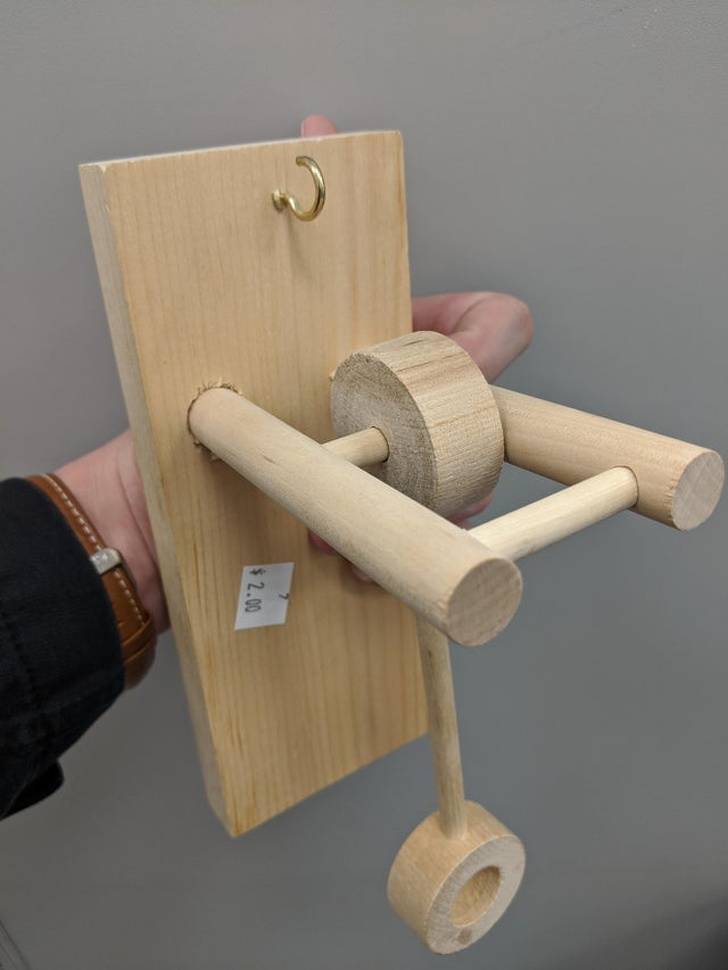 Answer: This is a toy catapult! Put a rubber band on the hook, over the round drum in the middle, and around the arm — then back to the hook.

“A hook/carry thing — it came in a box of random tools I got at an auction.”
4 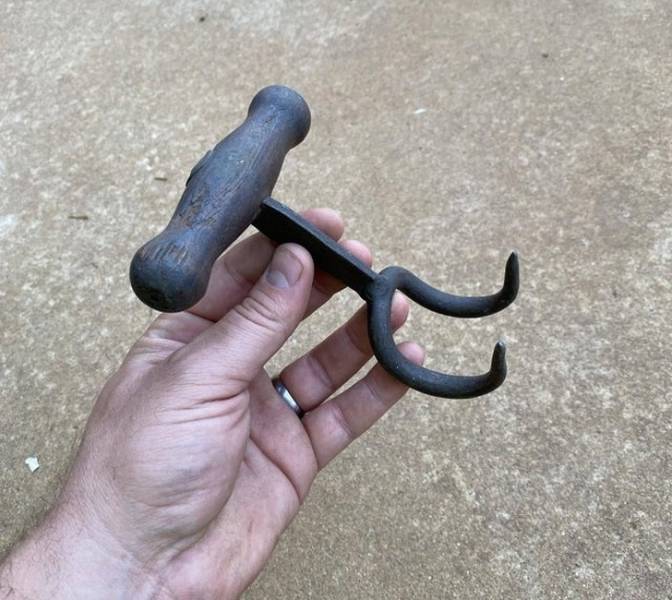 Answer: It’s a wool hook. I used it to move large bails of wool.

“Walked by this many times while in Berlin and still can’t figure out what it is.”
5 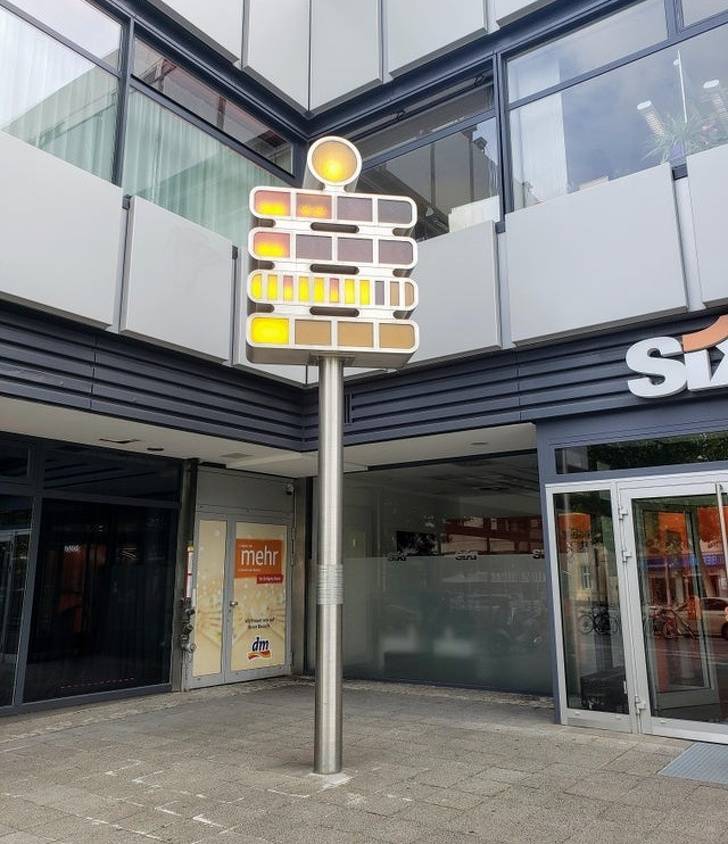 This is a bit longer than a palm, very old, and is from Spain — possibly African.
6 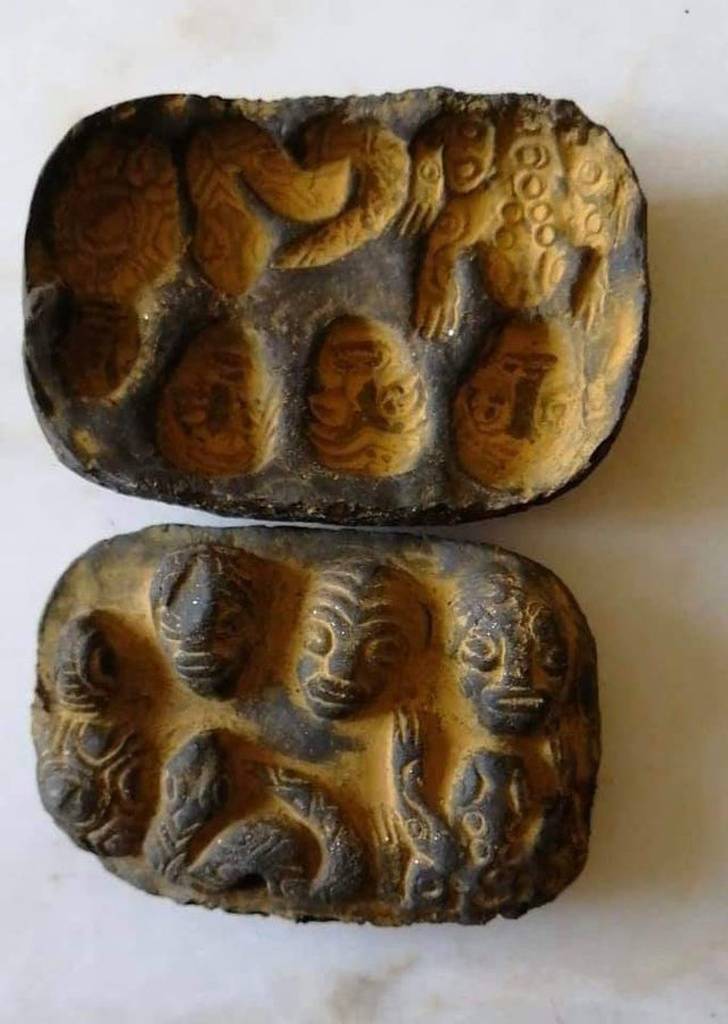 Answer: It’s a stamping device to press these designs into soft metal like copper or possibly pottery. The coloration of the surfaces suggests a transfer of material from the workpiece to the dye over time.

“It’s an electric duck, but why? It has a 2-prong cord that says ‘electricord’ but it doesn’t warm up, doesn’t have audio holes, and doesn’t move. Any ideas?”
7 Answer: This is a sensor switch for a lamp. To make it work, connect a lamp to it, plug it in, and touch the duck .

“A Chattanooga friend found this at Chickamauga Lake. He’s an avid fisherman of that area and is at a loss.”
8 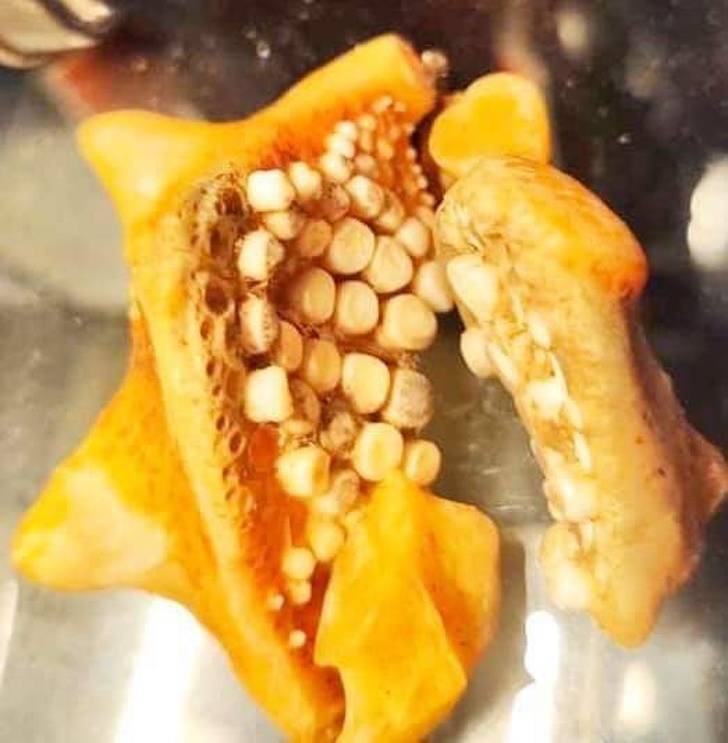 Answer: Looks like it could be the pharyngeal teeth of a black drum fish.

“Got this for Christmas but have no idea what it is...”
9 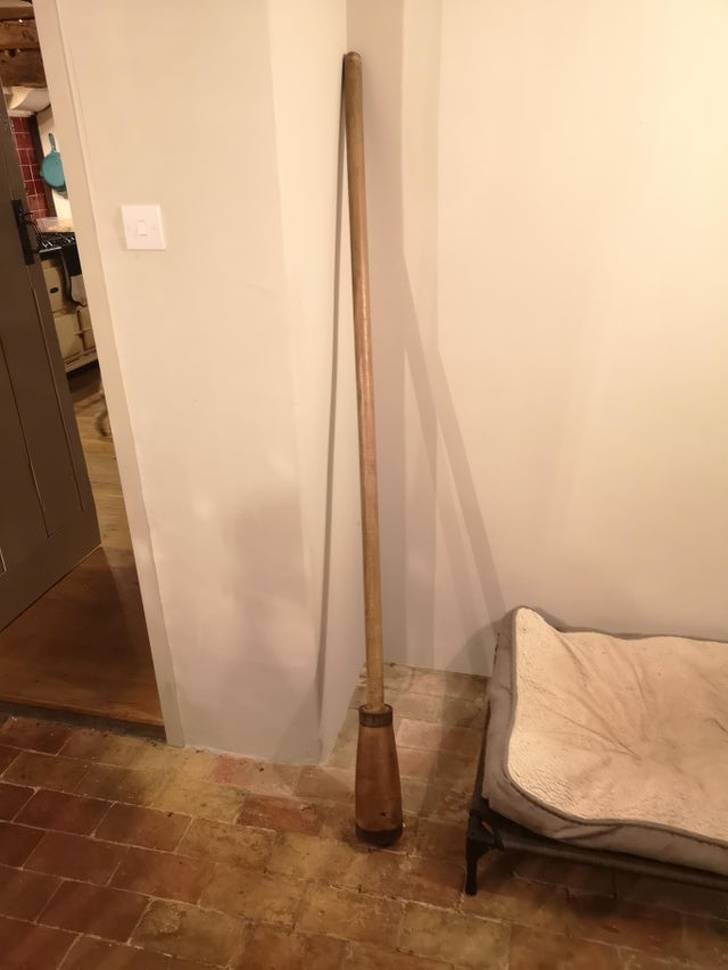 “I found this on a podium in a college classroom.”
10 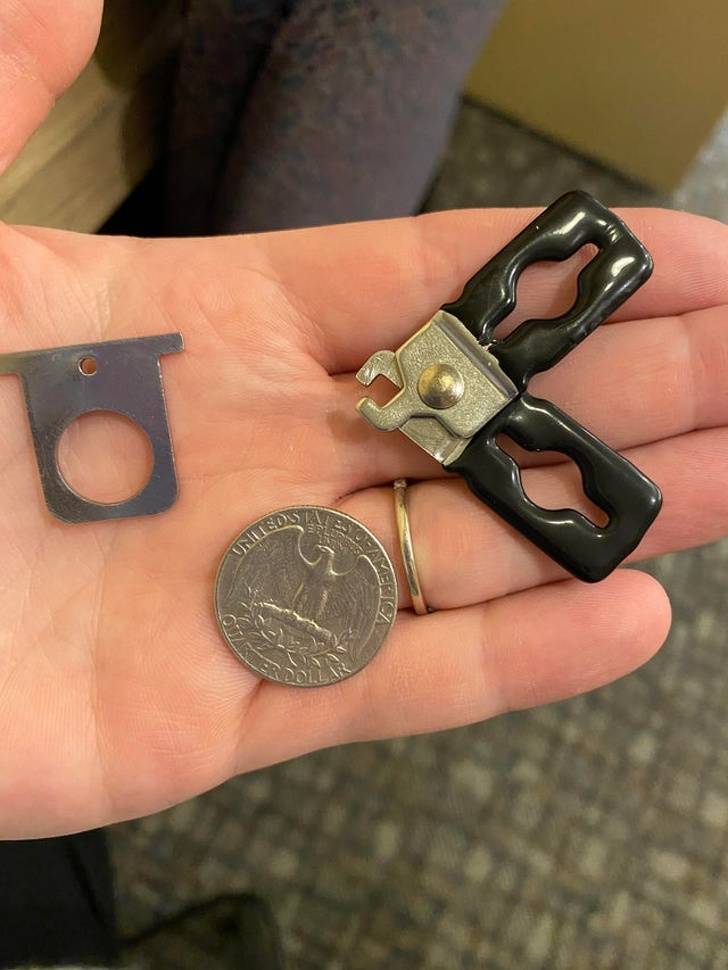 Answer: It’s a computer antitheft device . One of the ends of this lock is connected to a laptop or a computer and the other is locked to the table.

“A heavy metal head found in an old toolbox”
11 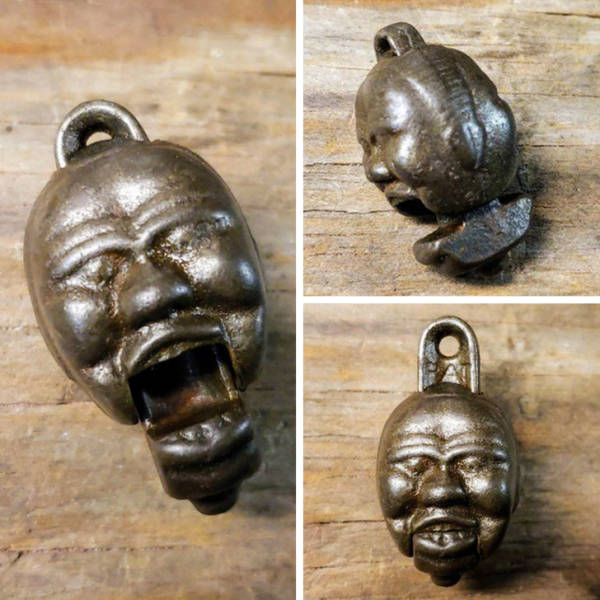 Answer: It is a cap gun-type toy? Put the cap in the mouth and drop it. It makes a loud pop. 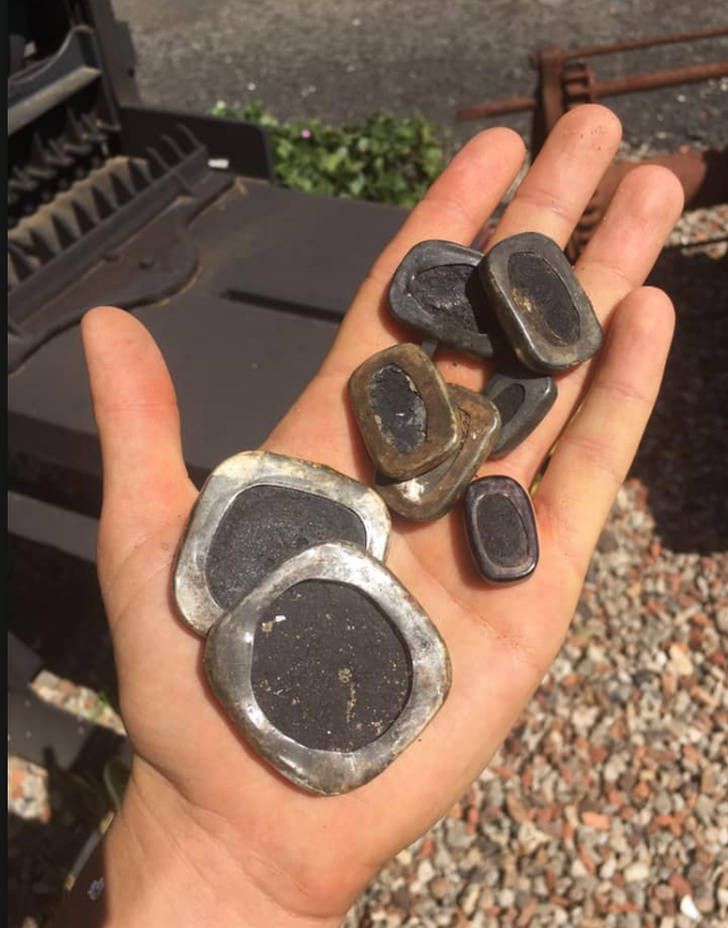 Answer: They’re old battery cells. If you open up a 9-volt alkaline battery you’ll usually find a stack of cells that look exactly like the smallest one in the photo. Larger carbon-zinc batteries with more than 1.5V at the terminal are made the same way, though they’re not often seen in household items.

“Found this in a thrift store — a crafted wooden thing that’s hollow inside.”
13 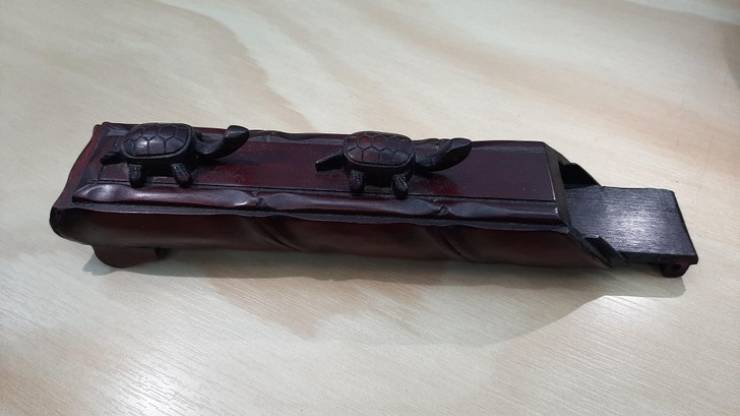 Answer: It’s a case for chopsticks .

“Purchased this at a yard sale. The seller didn’t know what it was either.”
14 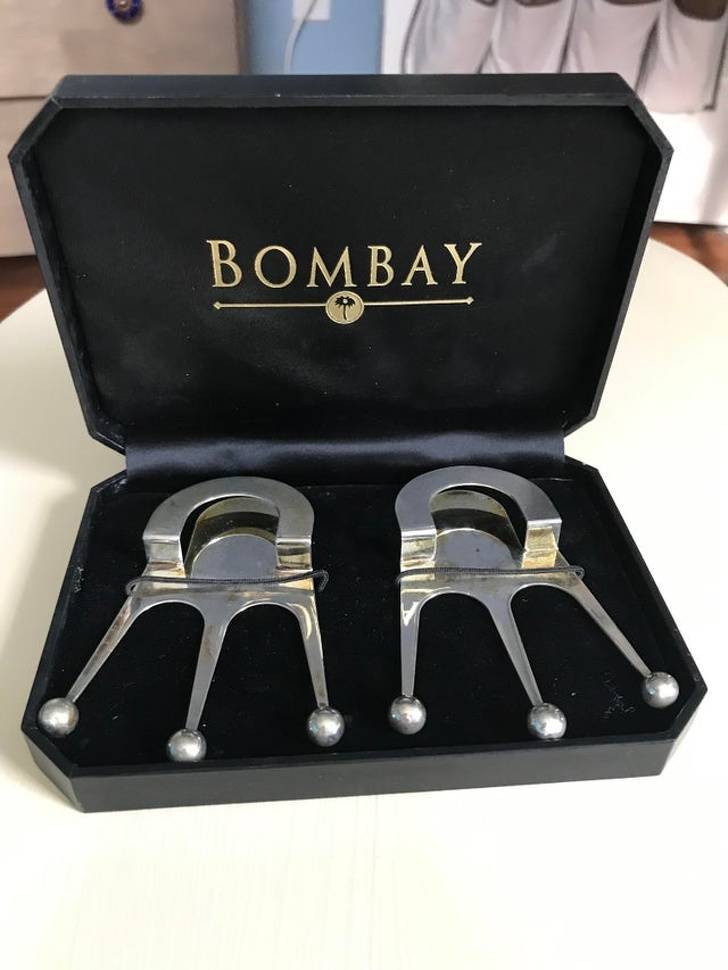 Answer: It’s a utensil holder . The semi-circle end clips onto the edge of a bowl, then you can rest your spoon or fork between the metal prongs sticking up. 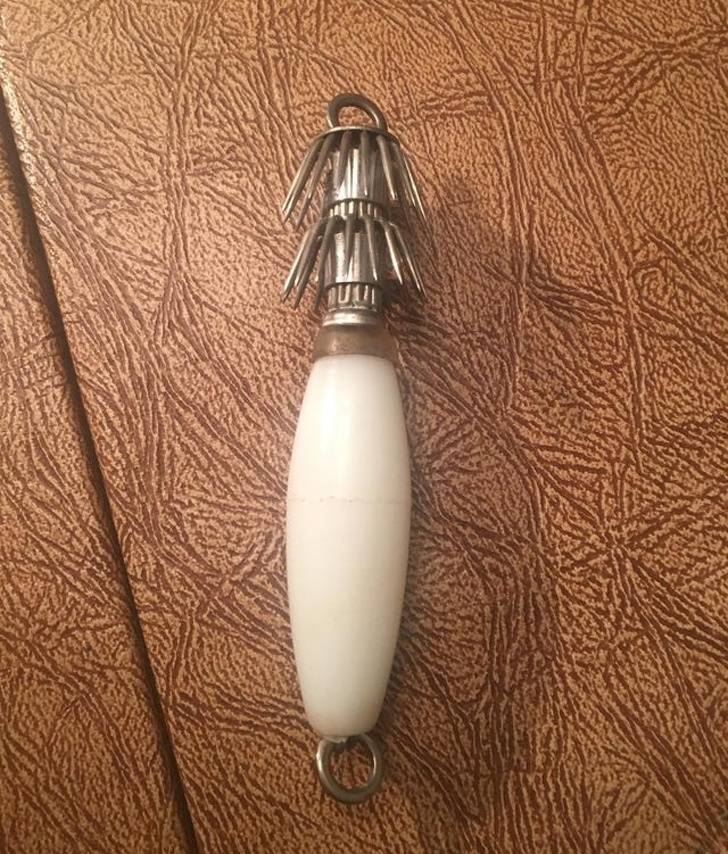 Answer: It’s a squid hook. The white part glows and attracts squid in the dark if you fish for them at night.

Advertisement
“Apparently, even the museum staff didn’t know what this was. I found it in a museum in Manitoba, Canada. Looks like it’s maybe leatherwork-related?”
16 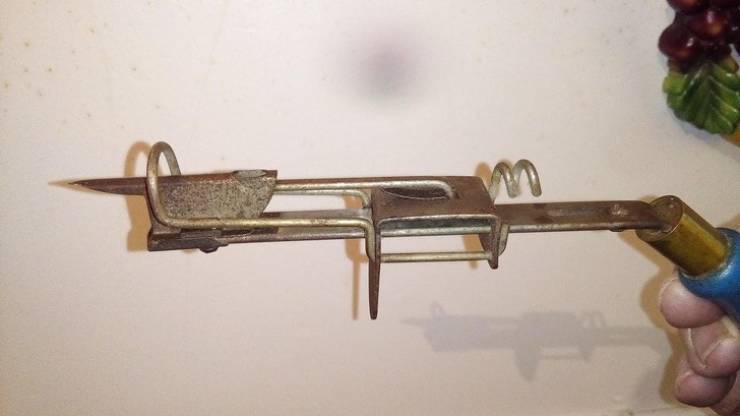 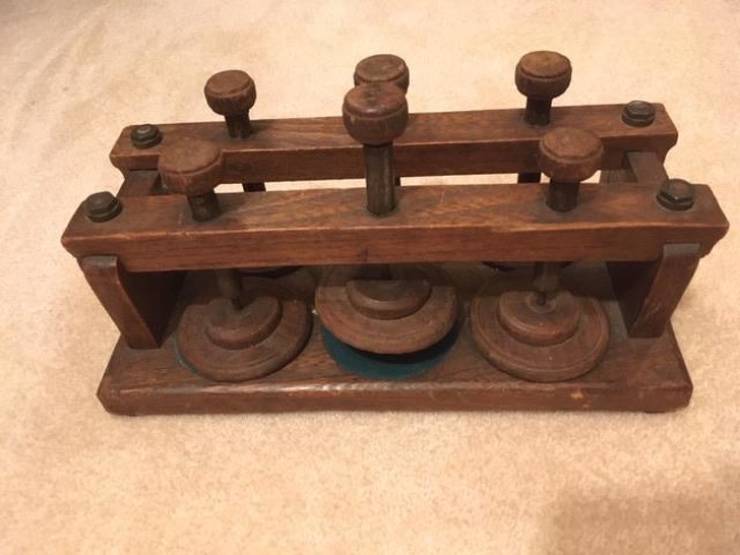 Came as part of a kitchen toolset from a thrift store. The other tool was an apple slicer and corer.
18 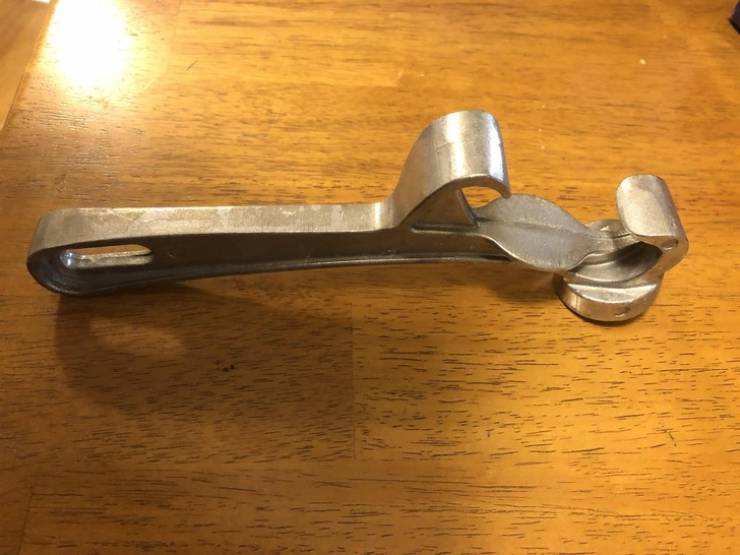 Answer: It’s a tool used to open buckets. It’s also a hammer for putting the lid back on.

“At my school, we have these bins. There’s a plate, a sandwich, a chicken/turkey leg, and then what?”
19 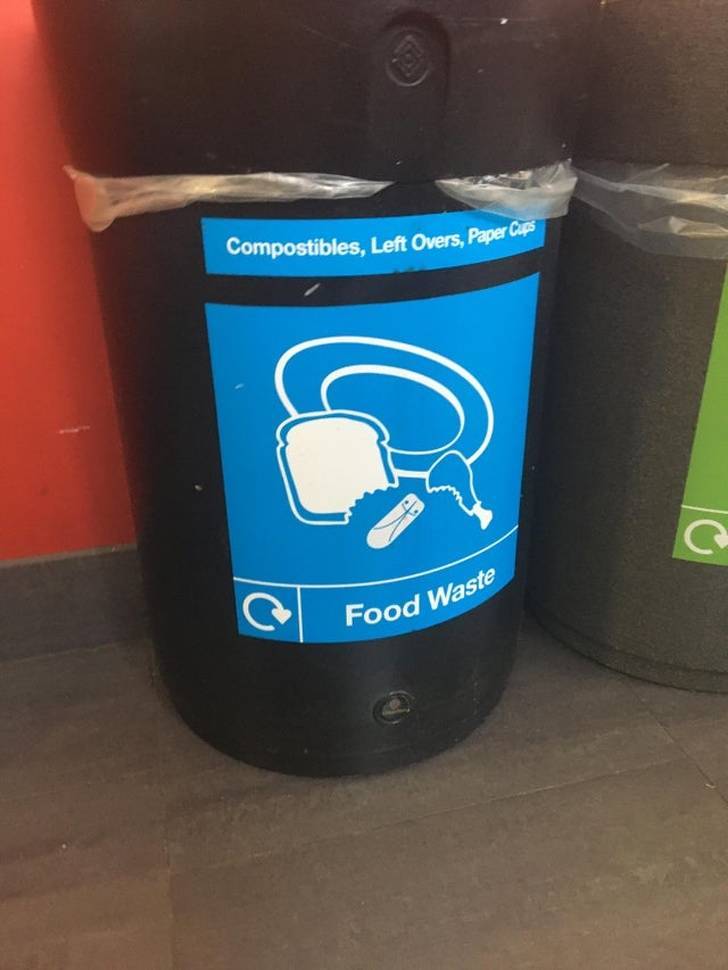 Answer: It’s an eco-tensil paper spoon . You fold it using the dotted lines and throw it away with the food waste.