This Six Flags park in New Orleans has been abandoned for 14 years, and it looks just as you might expect. During Hurricane Katrina, Six Flags New Orleans was completely flooded. There have been attempts to revitalize the land, but it’s currently at a standstill. It has also been used for movies like “Percy Jackson: Sea of Monsters”.

The park, which spans 140 acres, has been abandoned since Hurricane Katrina hit in August 2005. 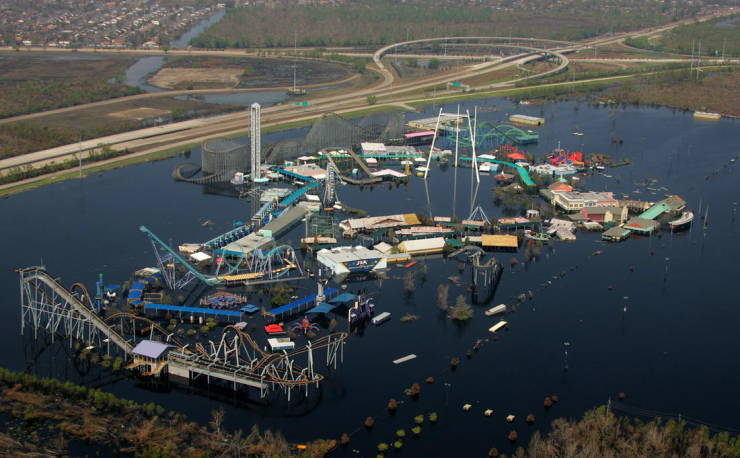 Originally called Jazzland, the park opened in 2000, but was acquired by Six Flags in 2003 and renamed Six Flags New Orleans (SFNO). 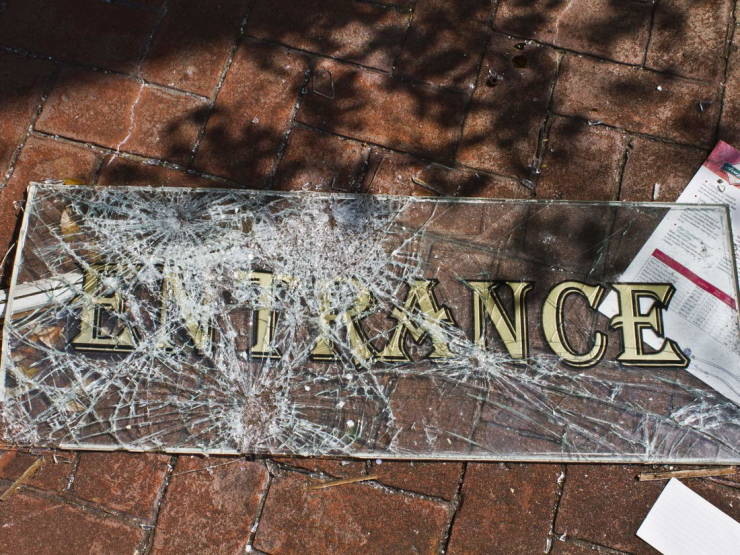 SFNO takes inspiration from its location — including areas based on the famous architecture of the French Quarter. 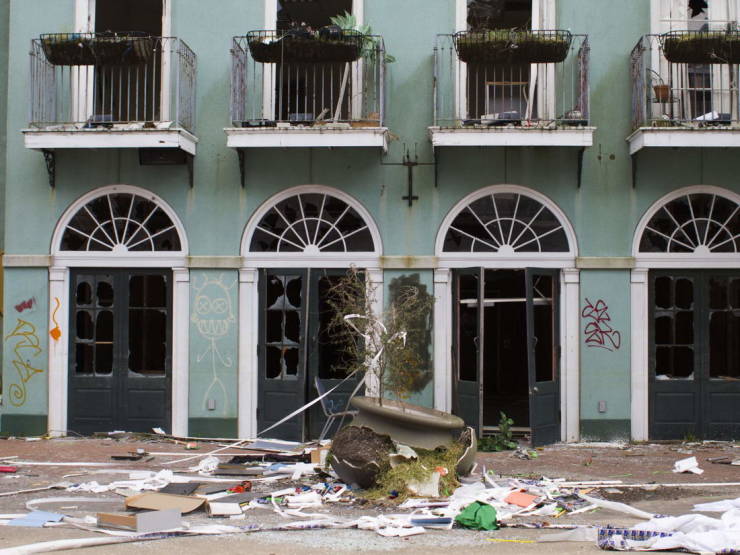 After the storm, the park was left standing in four to seven feet of water, and had extensive wind and flood damage. 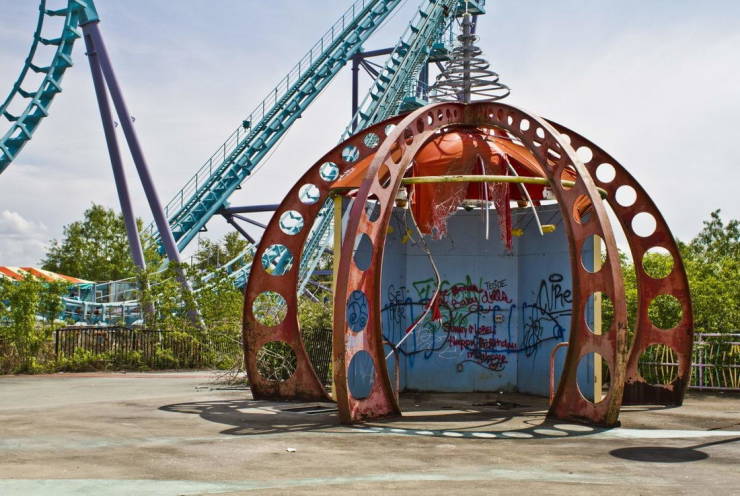 The severity of the damage caused the park to close indefinitely. 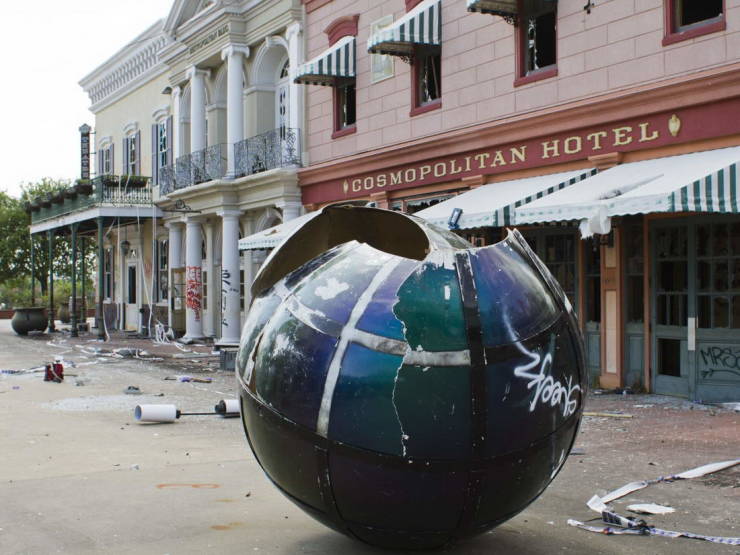 In 2006, Six Flags declared the park a “total loss” and reportedly tried to get out of its 75-year lease. 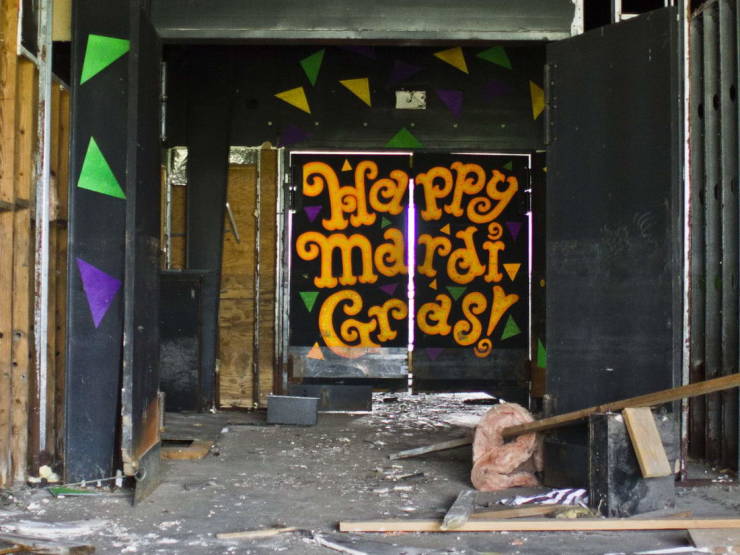 The park had already been one of the least profitable parks in the Six Flags family. 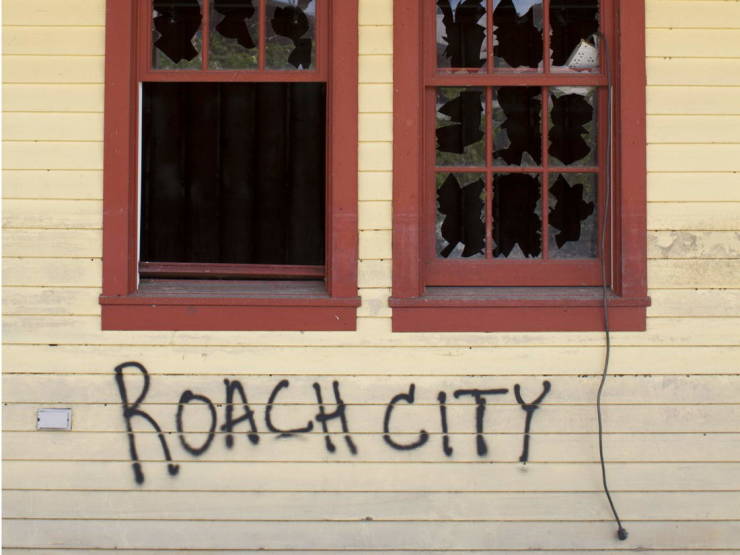 There have been numerous attempts to re-open or revamp the park. 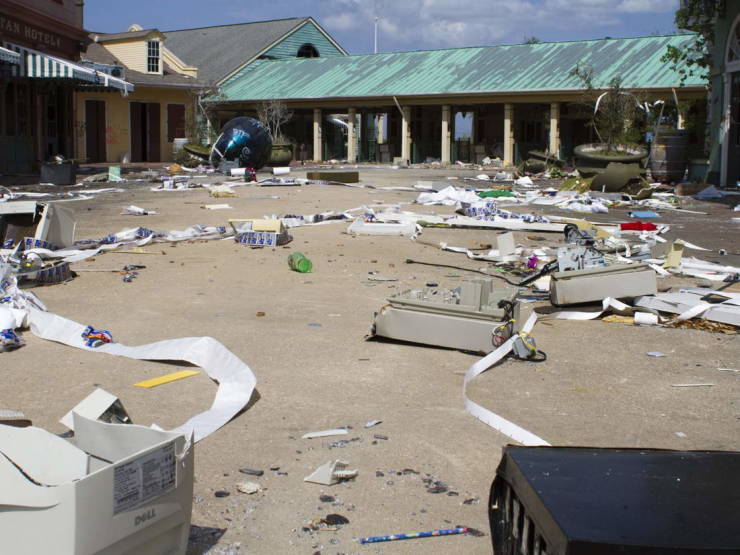 Later in 2009, Nickelodeon announced their own plan to turn the park into a Nickelodeon-themed attraction. These plans were also scrapped. 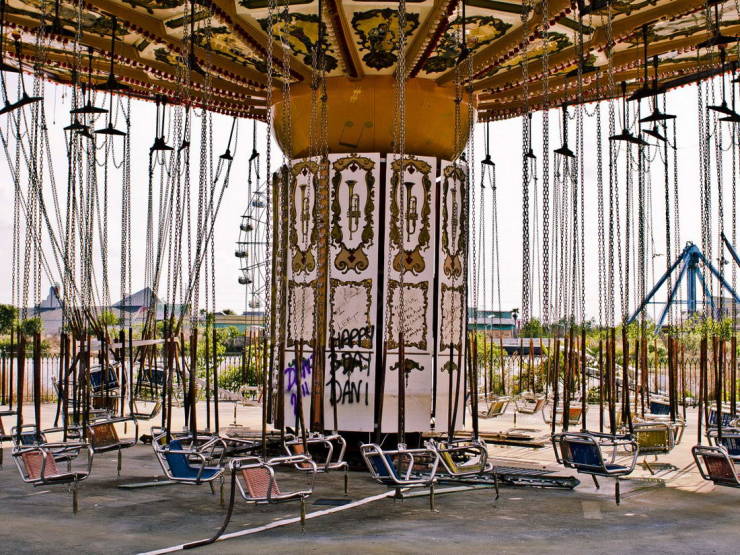 By 2011, the city of New Orleans had approved plans to construct a shopping center called Jazzland Outlet Mall in its place, but just two years later this idea was called off too. 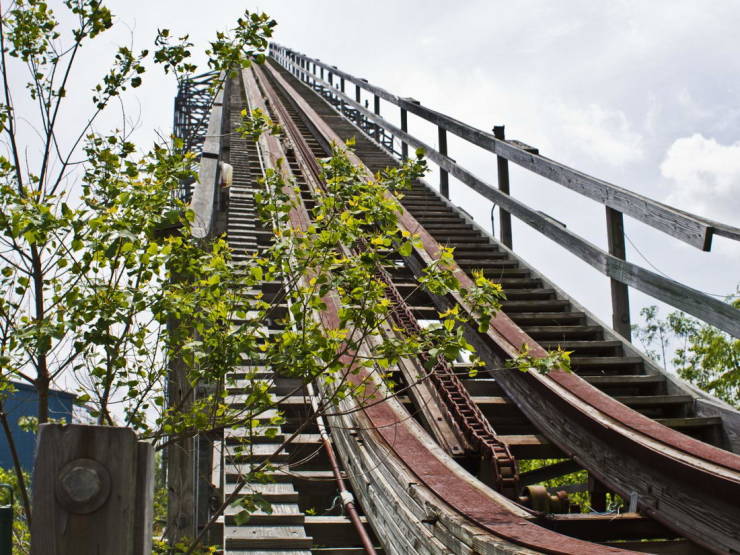 Another proposed idea in 2011 was re-opening the park under its original name, Jazzland. 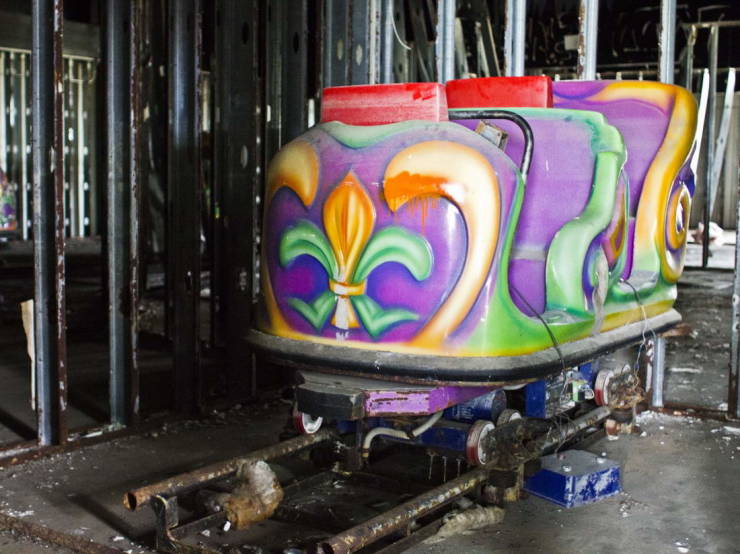 The Industrial Development Board turned over decision-making power to the mayor in May 2017. 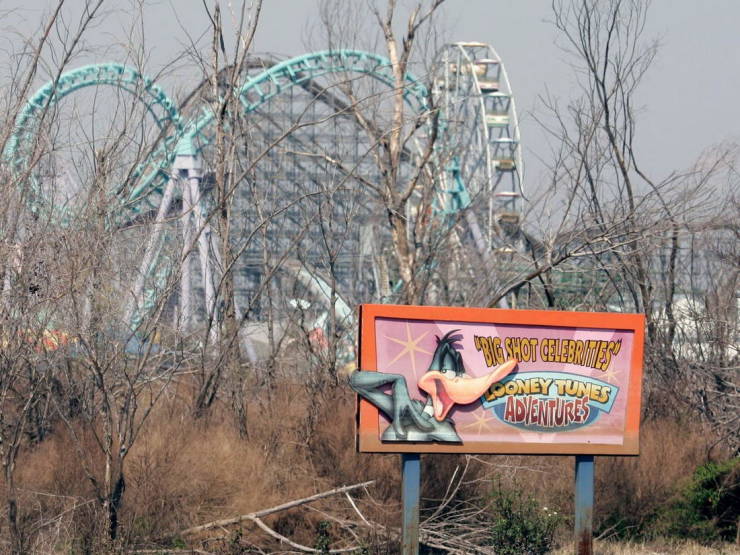 When another company made their interest in the land known, pitching the “Dreamlanding Festival Park,” Mayor Landrieu didn’t approve. 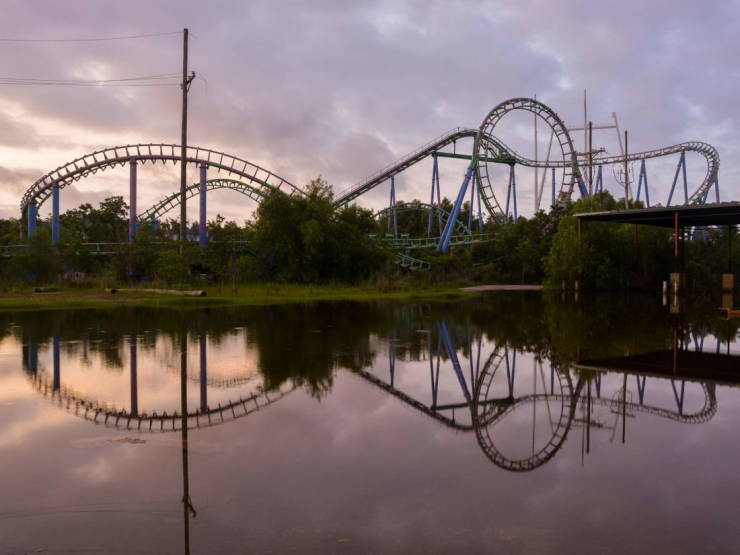 So, 14 years after Hurricane Katrina, the park still stands as a marker of the devastation that the storm caused. 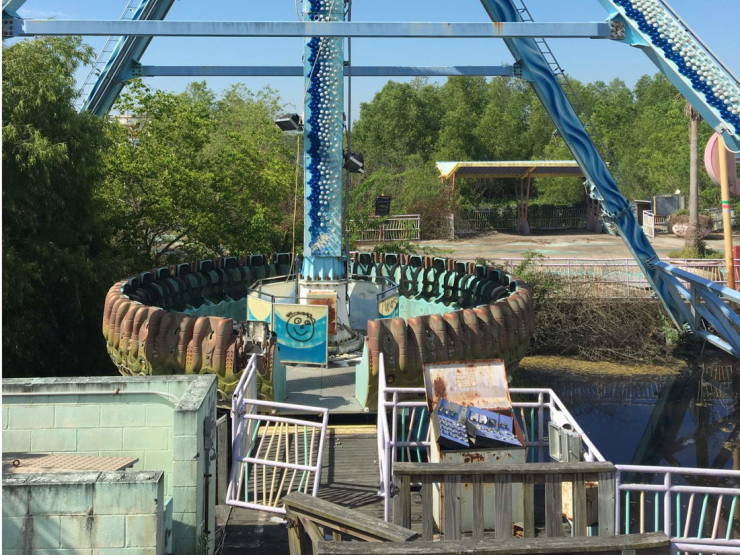 In 2019 new mayor LaToya Cantrell announced she is “running numbers for demolition” on the park. There has yet to be any updates since then. 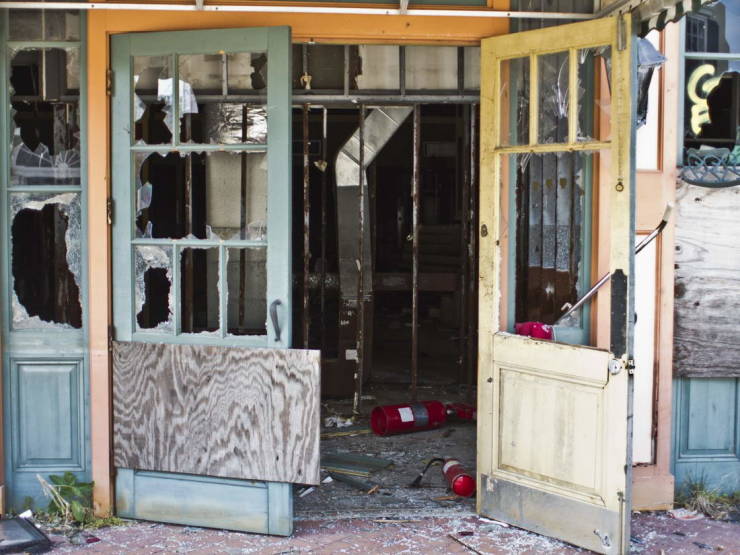 But the land hasn’t been completely ignored. Many movies have been shot at the park, like “Percy Jackson: Sea of Monsters,” which transformed it into Circeland. 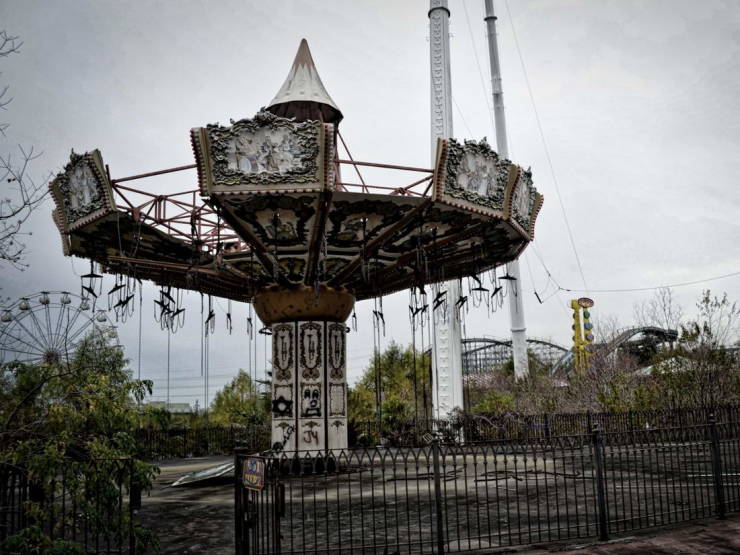 Blockbusters that have taken advantage of the decidedly creepy atmosphere are “Jurassic World” and “Dawn of the Planet of the Apes.” 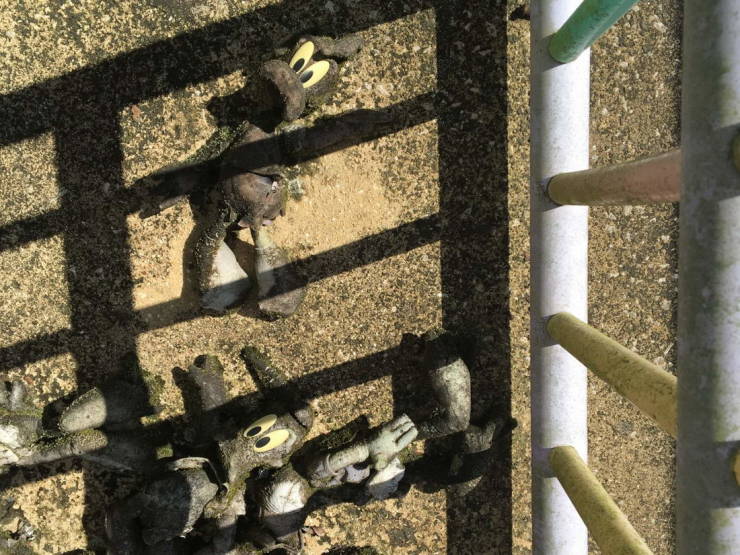 However, the last film shot at Six Flags New Orleans was “Deepwater Horizon” in 2015. 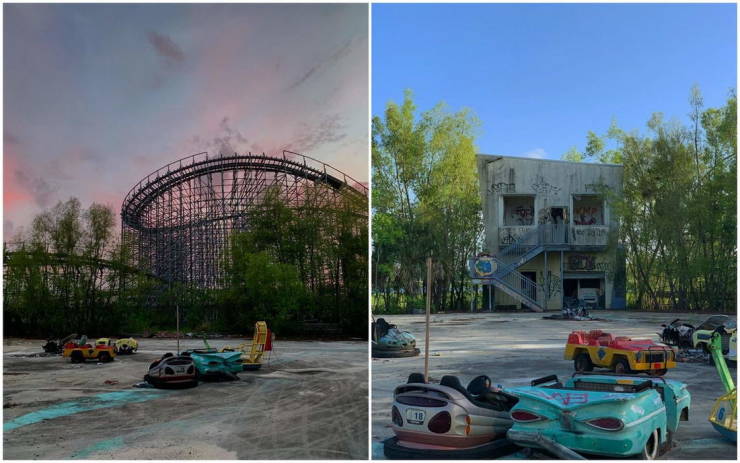 For the past three years, the park has stood empty, making it a popular attraction for urban explorers. 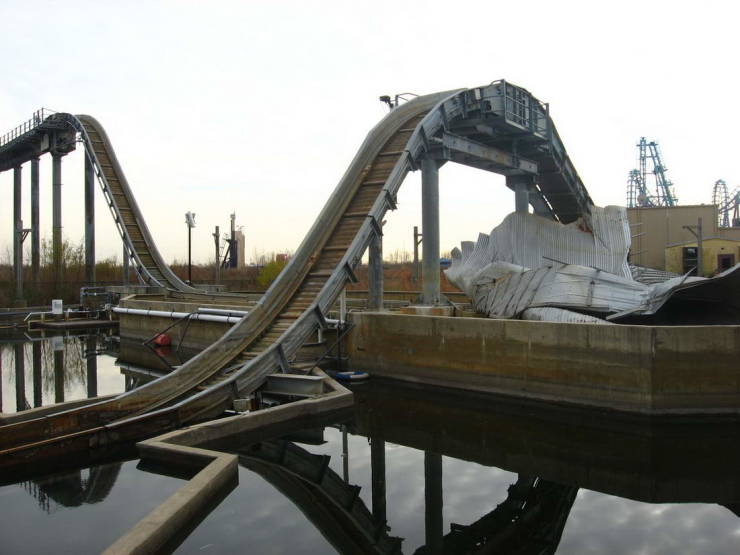 Much of the park is still intact. Visitors have said that it looks like the site of a “Leftovers”-esque disappearance, as if all of the park’s visitors magically vanished.

Visitors should know there are dangers at SFNO, including alligators that live in the park’s waterways. 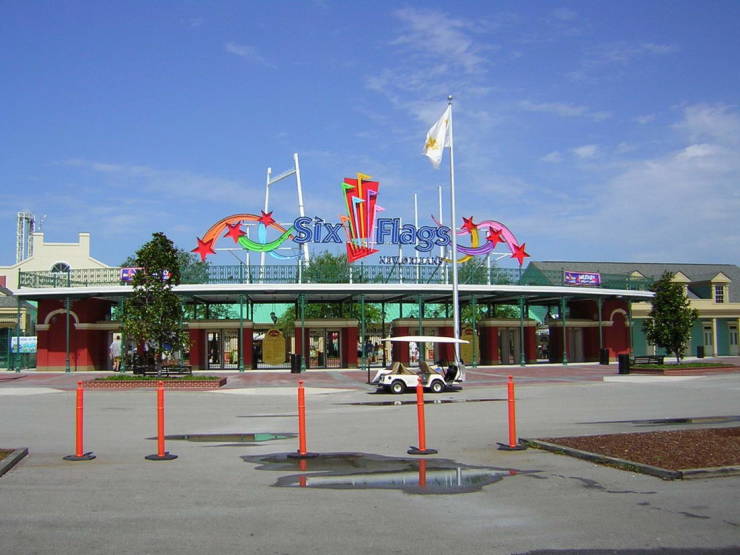 Hopefully New Orleans will decide what to do with the land soon to discourage people from putting themselves in potentially dangerous situations — trespassing is illegal and the attractions are decayed. 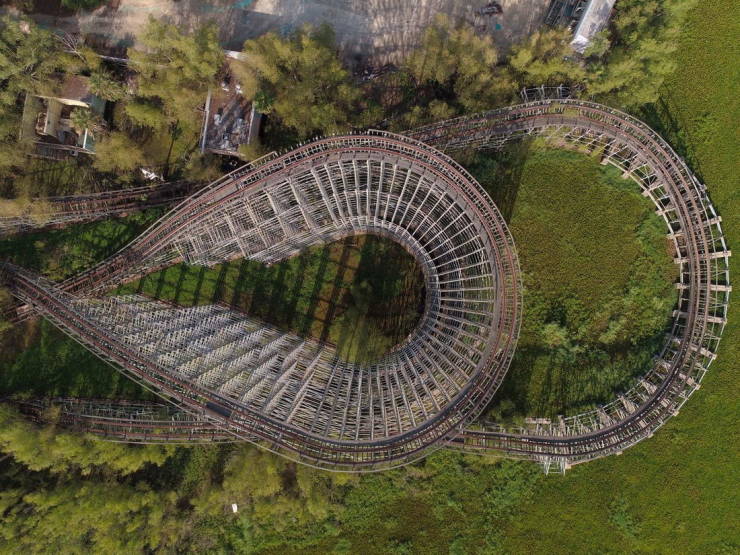 But for now, the park stands as a testament to the long-lasting and apocalyptic impact of Hurricane Katrina on the city of New Orleans, and the entire Gulf Coast. 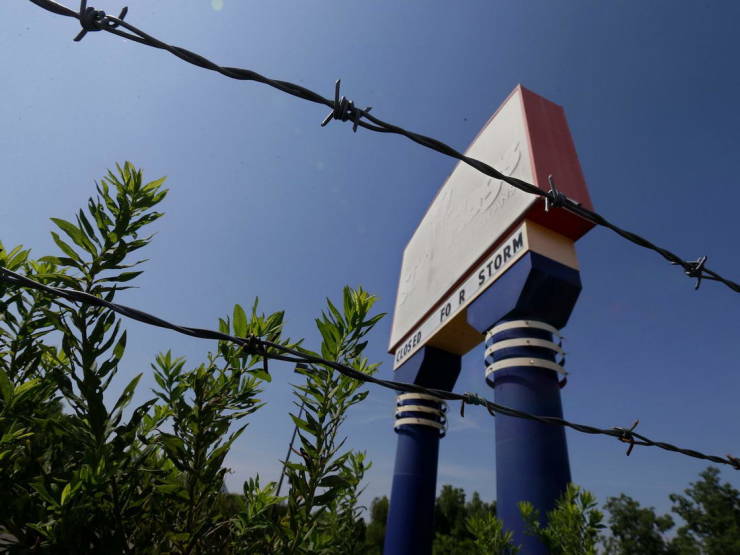 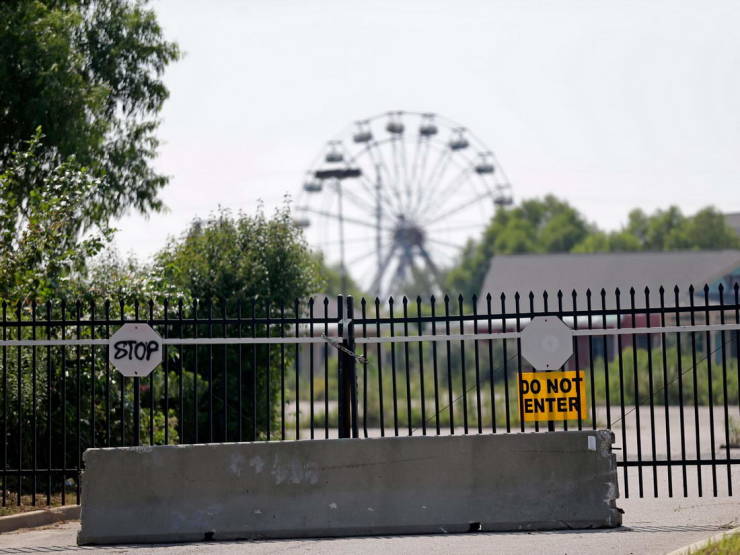 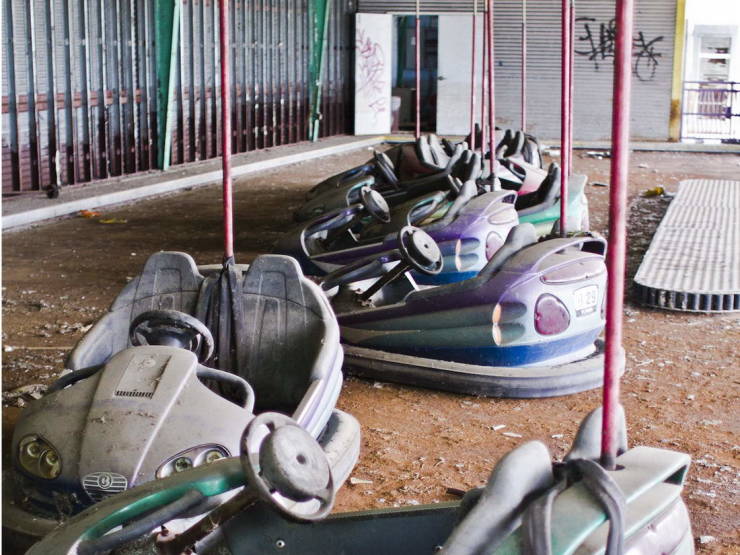 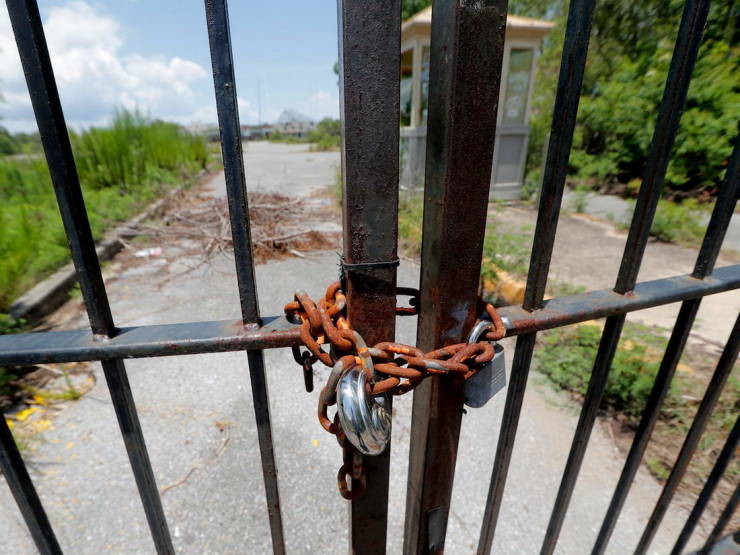 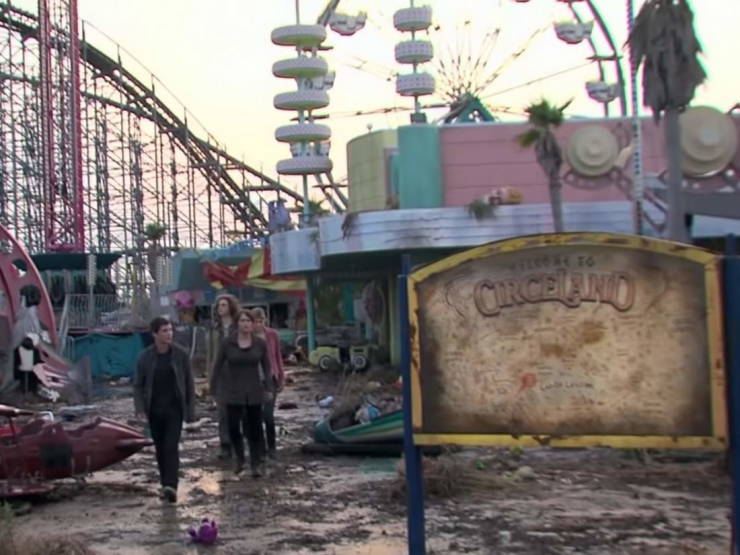 Evelyn 10 month s ago
Probably more than a few derelicts calling the place home for now too. Kind of like those people in NY who used to live under the subway tunnels. Creepy.
Reply
2

Maureen 10 month s ago
not much of it is left. vandals have destroyed it. what was cool about it is now gone. if you park near it to go inside the people of the neighborhood near by with vandalize your car. You can call the police, but the police will just tell you "you shouldnt have been here in the first place. tons of homeless people roaming, its not safe.
Reply
1

Val 10 month s ago
Maybe the government officials should get the exposed dead bodies out of the Hard Rock hotel wreckage first. That guys legs has been exposed for 6 months now??
Reply
X
>
1/1
<