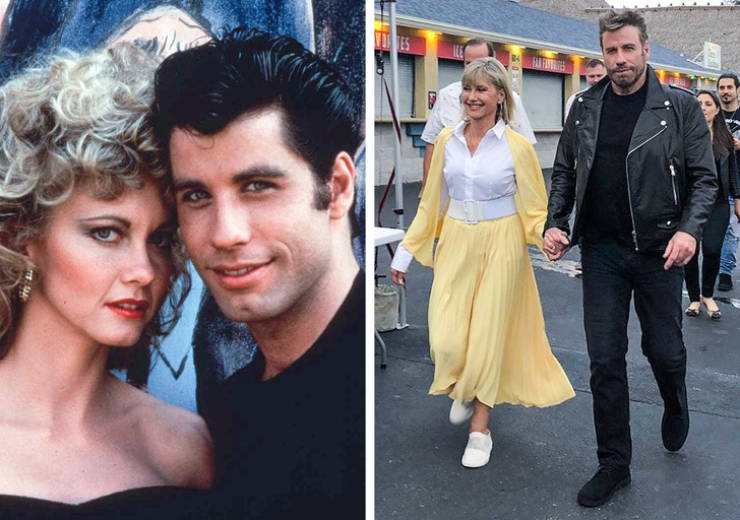 The stars of the 1978 hit musical returned to play Sandy and Danny at a fandom event held last year in Florida. “First time in costume since we made the movie! So excited!” said Olivia Newton-John, 71, on social media after posting this picture with 66-year-old John Travolta. 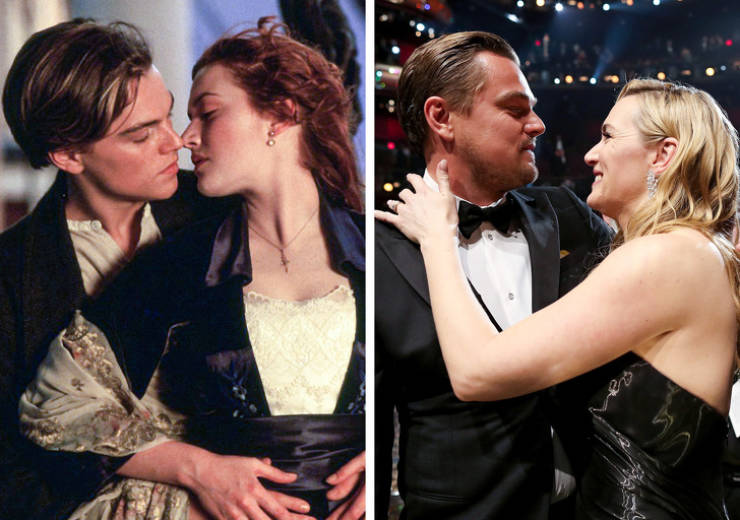 Titanic was, for a long time, the most expensive production in Hollywood, and the most successful, with 11 Oscars to show off. It set off Leonardo DiCaprio and Kate Winslet’s careers and encouraged a friendship between the actors that still stands today, 23 years after the film’s premiere. According to Kate, one of the keys to maintaining their relationship is that they never fell in love with each other.

Hilary Swank and Gerard Butler (P.S. I Love You) 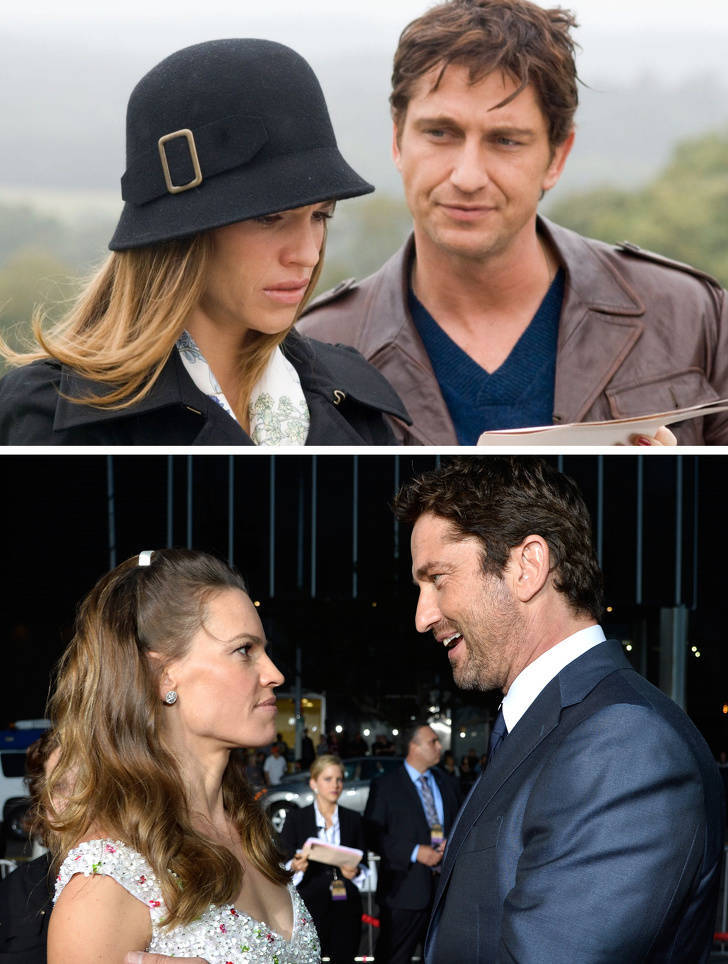 P.S. I Love You is one of those stories that can make you laugh and cry at the same time. It was released in 2007 and was based on the eponymous book published 3 years earlier. It stands out for the beautiful Irish landscapes and for Hilary Swank and Gerard Butler’s performances. The protagonists met up again almost a decade later at an awards ceremony and may see each other again soon. A movie sequel has already been confirmed, although the cast and the release date are still unknown. 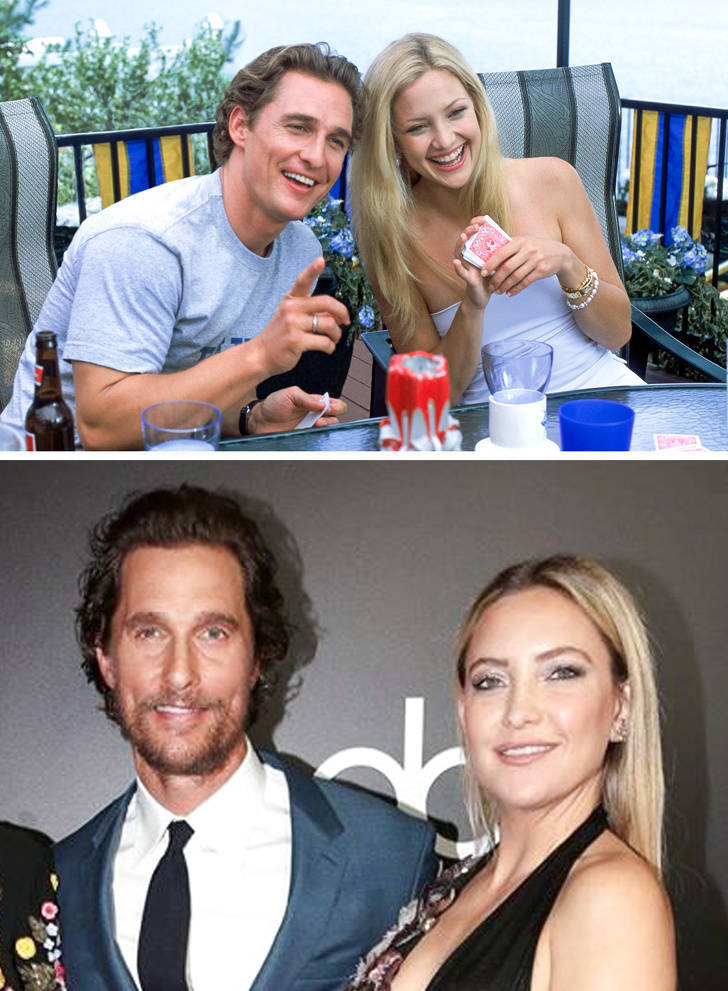 How to Lose a Guy in 10 Days (2003) is a romantic comedy that is fondly remembered by the public and also by the main actors. Matthew McConaughey recently uploaded a photo of the scene about the “love fern,” a present that his co-star Kate Hudson gives him in the film to symbolize their relationship. The actress reposted it and joked: “You let it die!” 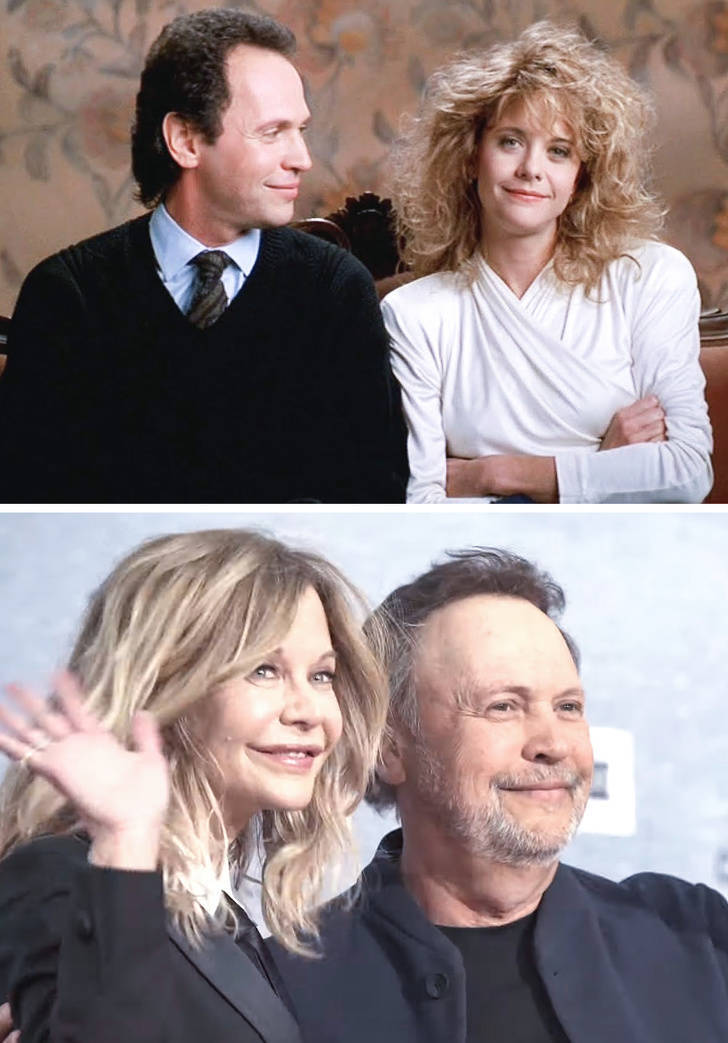 In 2019, the cast of When Harry Met Sally reunited to commemorate 3 decades after the film’s premiere. It was a movie praised by critics as one of the best romantic comedies in history. Billy Crystal and Meg Ryan led the celebration that included a showing of the film at the Chinese Theater in Hollywood. 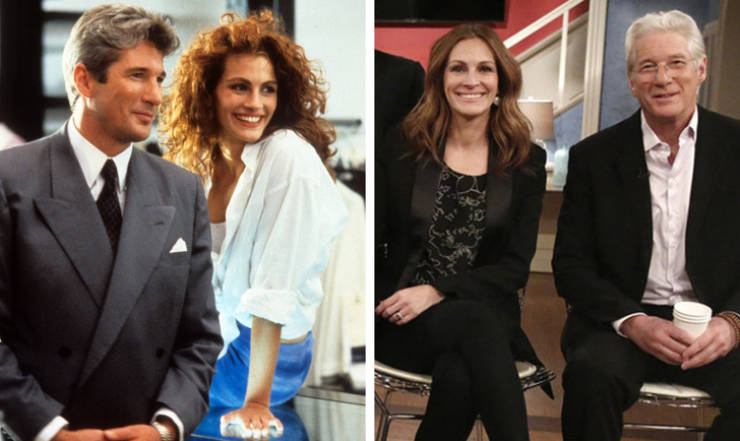 Pretty Woman was so on the vanguard that, 30 years after its premiere, the film is still aired on television, and its song continues to be played on the radio. Julia Roberts and Richard Gere, in addition to maintaining an enviable physiques, continue to be leading actors in the film industry. 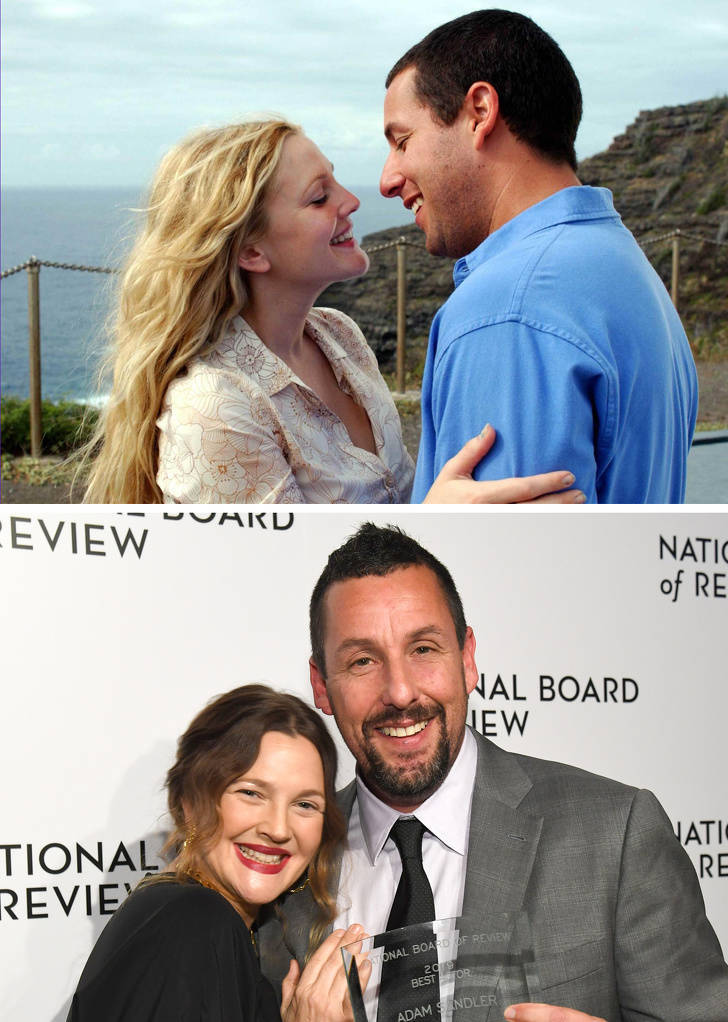 Adam Sandler and Drew Barrymore get along so well that they’ve starred in 3 movies together: The Wedding Singer (1998), 50 First Dates (2004), and Blended (2014). Sandler won the award for Best Actor from the National Board of Review earlier this year, as recognition for his work in Rough Diamonds, and the prize was presented by his friend Drew. 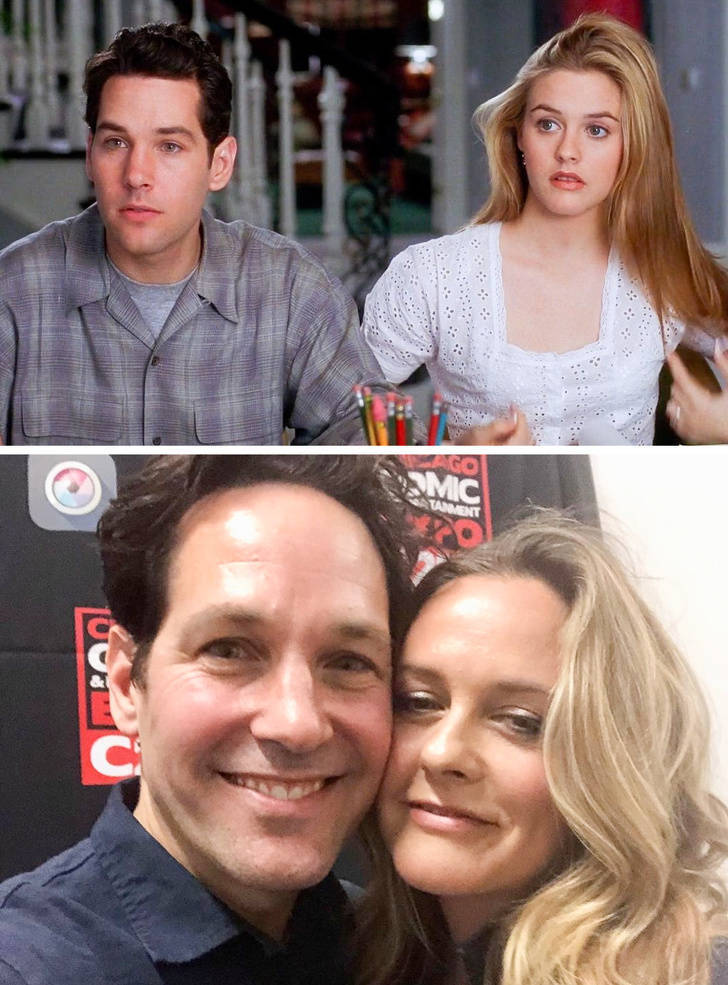 Clueless (1995) was a huge success. I even spawned a television series and, over time, became a cult film. It catapulted Paul Rudd’s and Alicia Silverstone’s careers, who by that time had already dazzled everyone in Aerosmith’s music videos. The actors, along with part of the cast, reunited last year at Chicago Comic-Con. 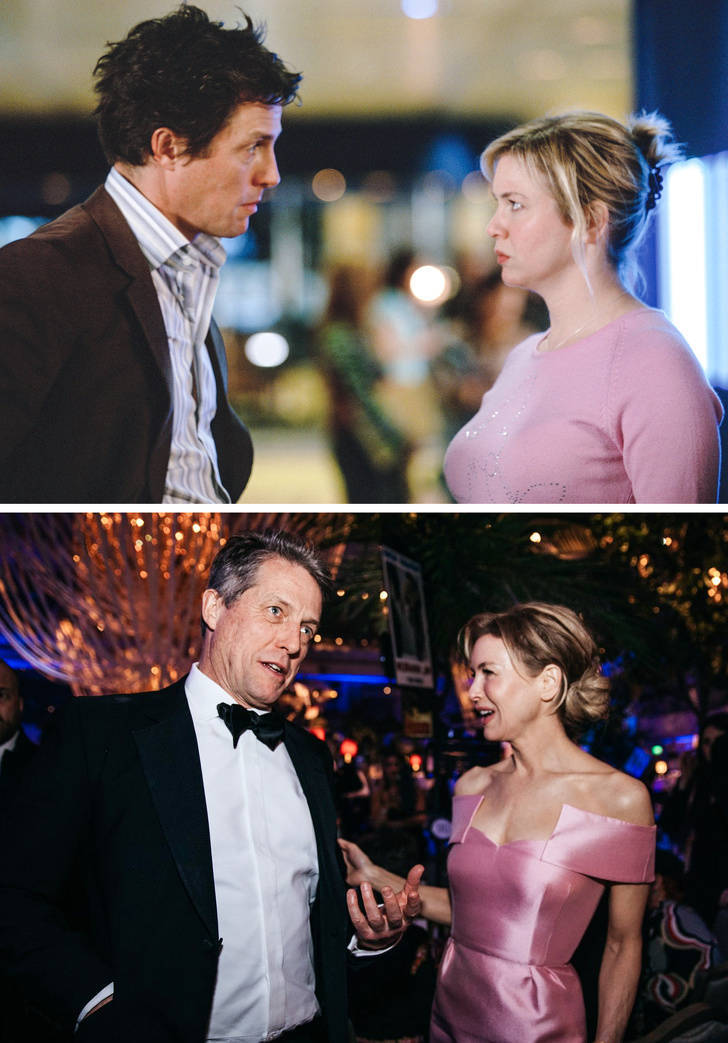 The British actor who worked on the first and second films of the Bridget Jones trilogy didn’t forget his role. “Well done, Jones,” he told the actress who starred in the saga, congratulating her on winning the BAFTA award for Judy in February of this year. The reunion between Renée Zellweger and Hugh Grant included a warm hug and, what’s more exciting, applause from the entire audience.

Antonio Banderas and Catherine Zeta-Jones (The Mask of Zorro) 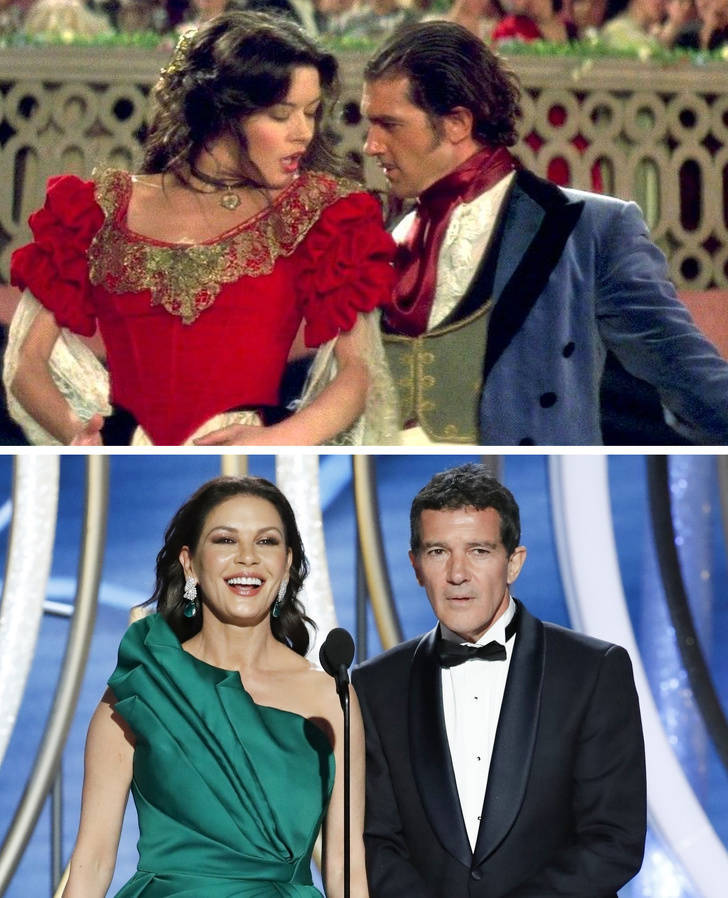 Zorro was a character born in a comic book that made its way to television, theater, and cinema. Among the latest editions are The Mask of Zorro from 1998 and its sequel, The Legend of Zorro, from 2005. These films starred Antonio Banderas and Catherine Zeta-Jones, who were reunited last year when presenting an award at the Golden Globes. 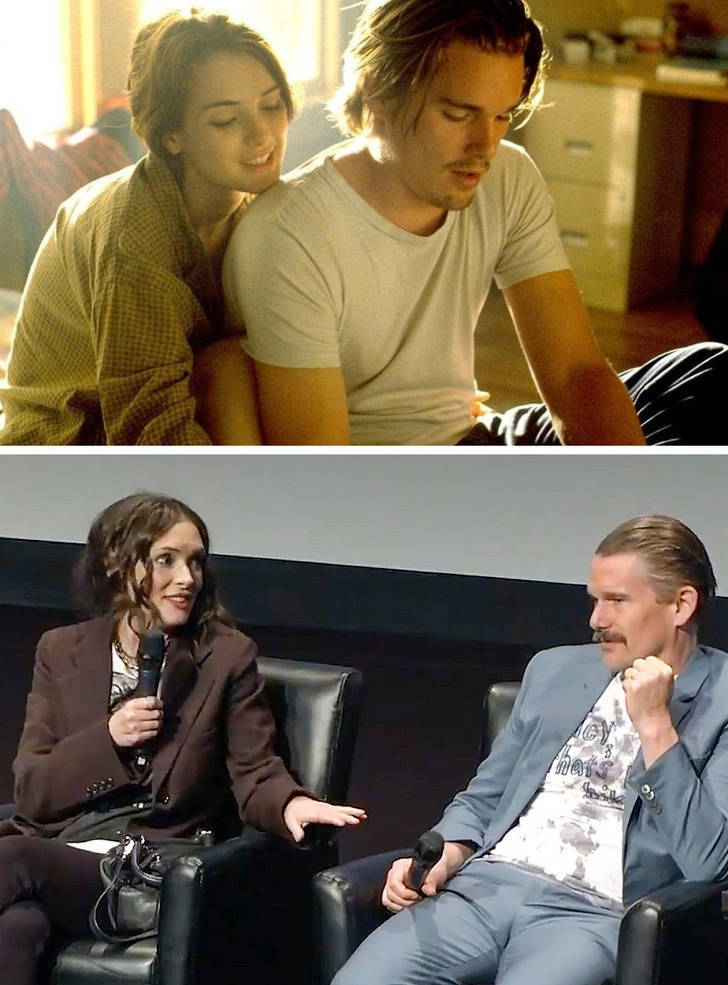 Reality Bites, is one of the best portraits of what life was like for young adults in the United States in the early 1990s. 25 years after its premiere, the cast that included exceptional actors like Winona Ryder and Ethan Hawke, in addition to Ben Stiller and Janeane Garofalo, reunited in 2019 in a nostalgic meeting organized by the Tribeca Film Festival. 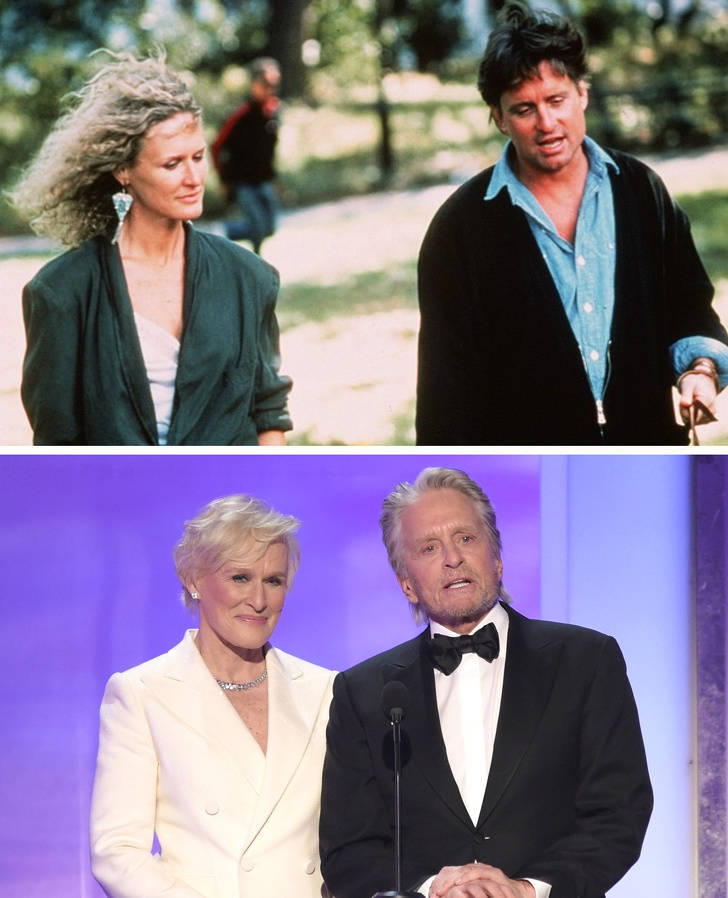 Meryl Streep and Clint Eastwood (The Bridges of Madison County) 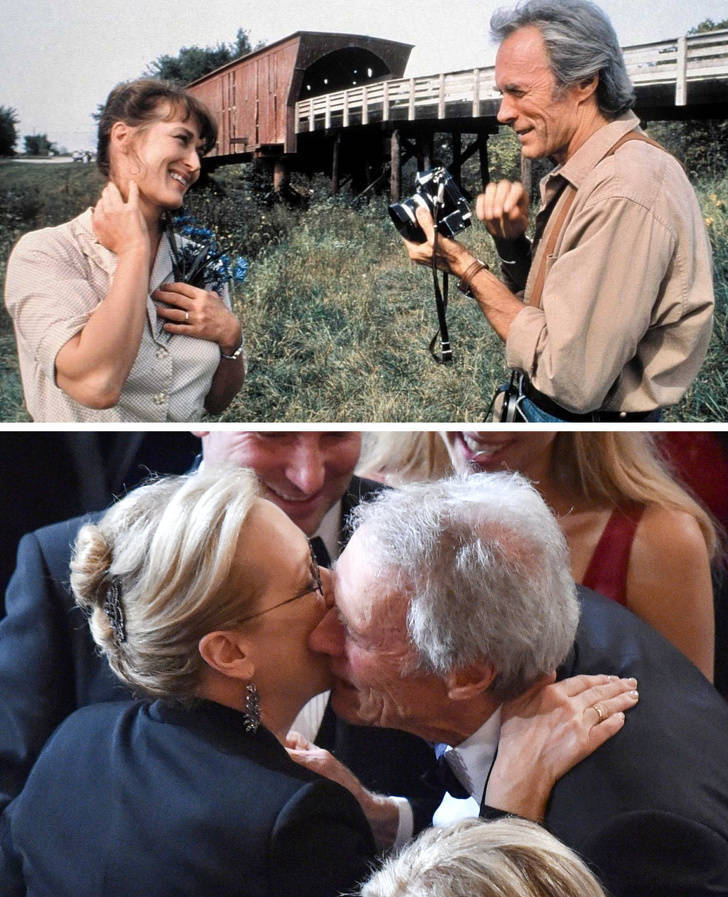 Meryl Streep and Clint Eastwood are 2 megastars that shine in all their glory in The Bridges of Madison County. Based on a book of the same name, the 1995 film was widely welcomed by critics and earned Streep an Oscar nomination for Best Actress. Work didn’t put these 2 back together on screen again in the past 25 years, but the red carpet did. 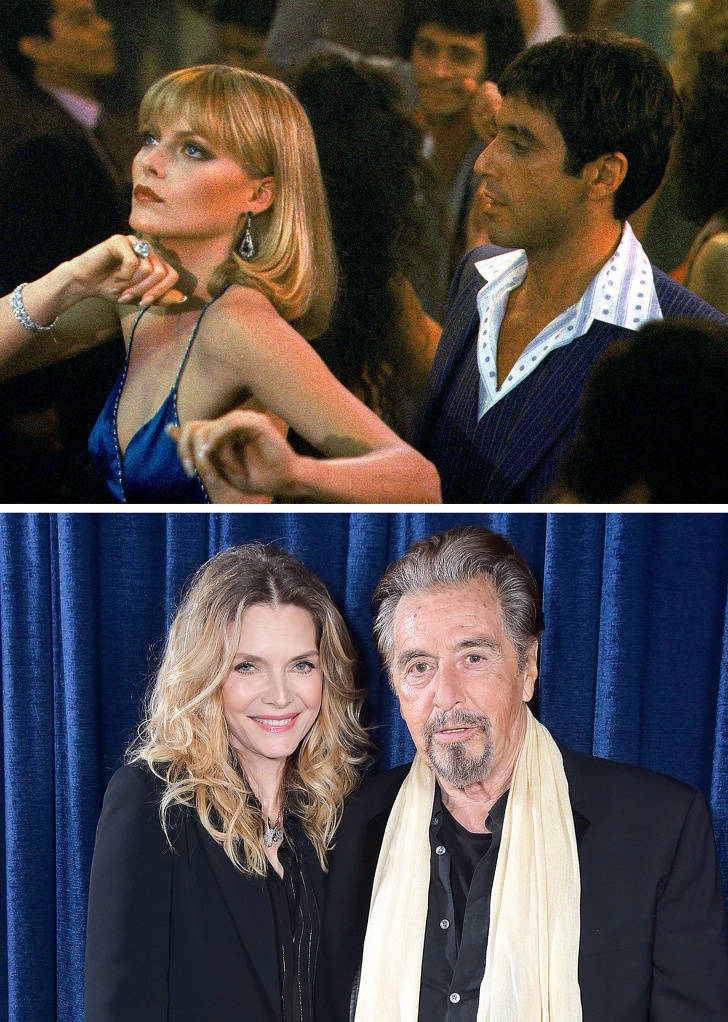 Al Pacino has played several characters throughout his career that will be remembered. Unquestionably, one of them is the mobster Tony Montana from Scarface, the 1983 film that he starred with Michelle Pfeiffer. The duo and the rest of the film cast, directed by Brian de Palma, met again in 2018 at the Tribeca Film Festival to commemorate the 35th anniversary of the premiere. 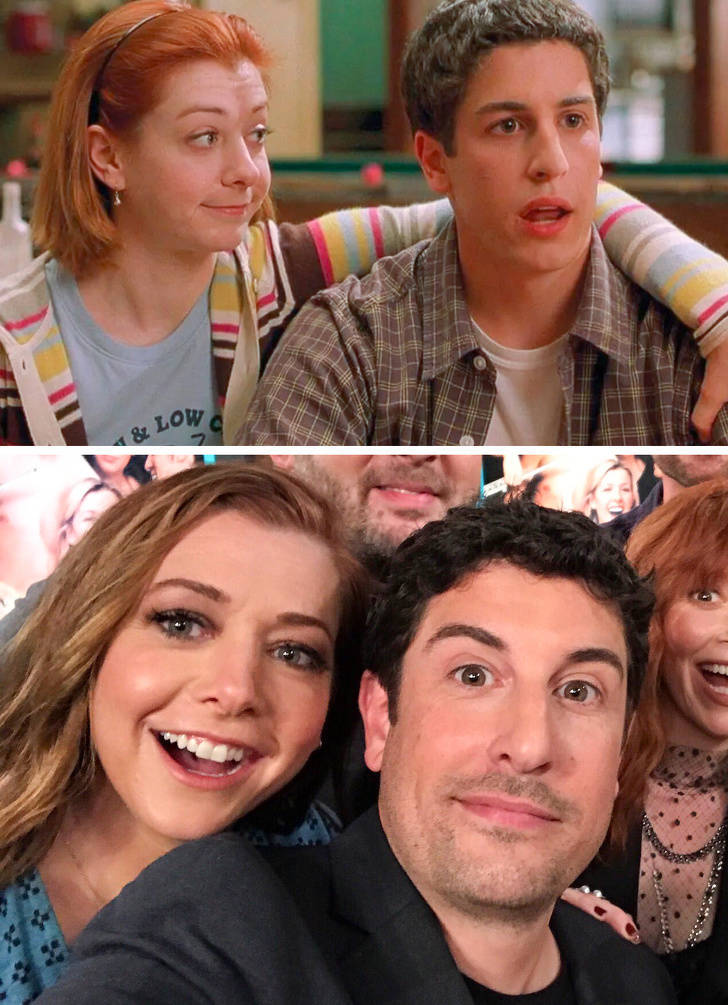 You can’t go through the greatest comedies in history without mentioning American Pie. The saga introduced a manifold of unforgettable characters such as Stifler, his mother, and the couple made up by Jim (Jason Biggs) and Michelle (Alyson Hannigan), who finally get married in the third part. Part of the cast was reunited in 2019, 2 decades after the premiere of the first film.