Star Trek creator Gene Roddenberry’s remains were on the inaugural Celestis flight in 1997; his remains took flight again in 2012 with the remains of actor James Doohan, who played Scotty. 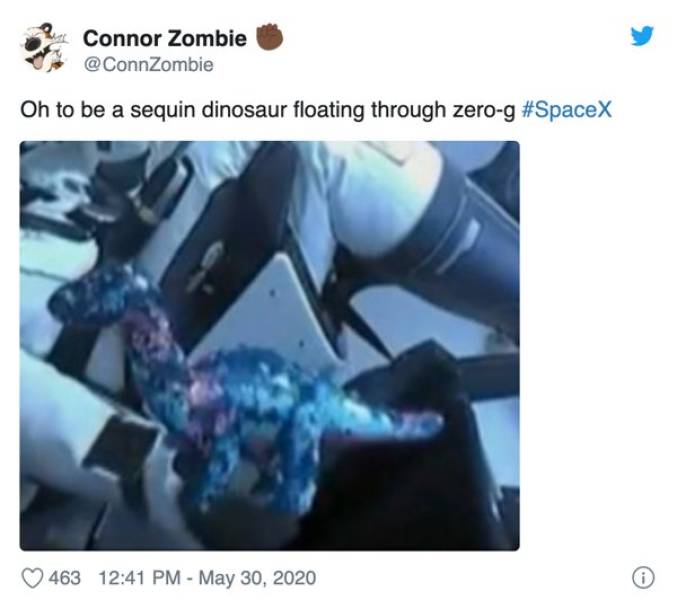 In 2020, astronauts aboard SpaceX’s first crewed missions packed an unusual travel companion: a plush dinosaur. During the historic flight, Bob Behnken and Doug Hurley were accompanied by “Tremor,” a sparkly Apatosaurus. The crews’ sons chose the toy, which acted as a zero-g indicator. 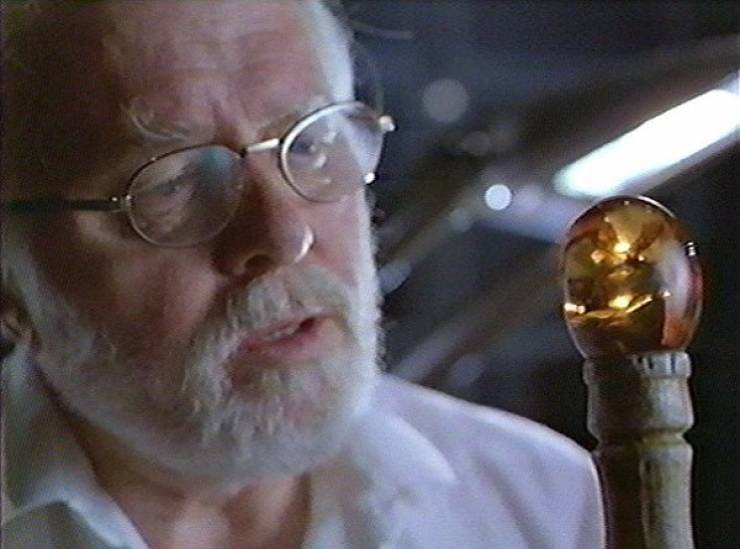 In 1985, astronaut Loren Acton brought small bits of bone and eggshell from the duck-billed dinosaur Maiasaura peeblesorum along on a mission on SpaceLab 2. 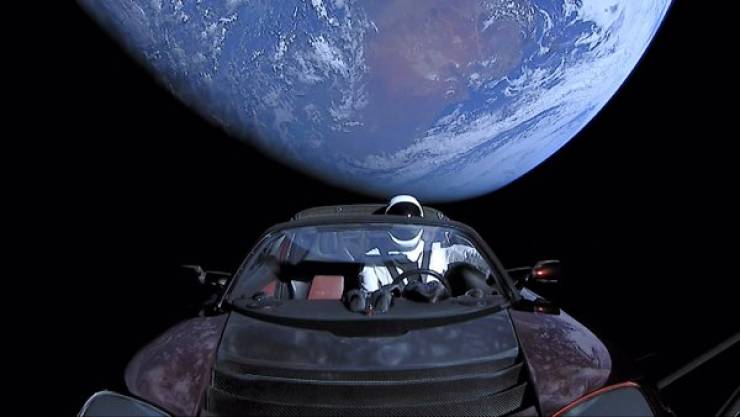 SpaceX launched a red Tesla Roadster into space as part of the Falcon Heavy rocket’s test flight. “Starman,” a mannequin clad in a spacesuit, sits in the car’s driver’s seat.

Two shuttle flights to the International Space Station (ISS) contained samples of salmonella to determine how the bacteria would react to low gravity, and the findings were kind of scary. When the salmonella returned to Earth after being in orbit for 12 days on the space shuttle Atlantis, the bacteria became even more virulent. 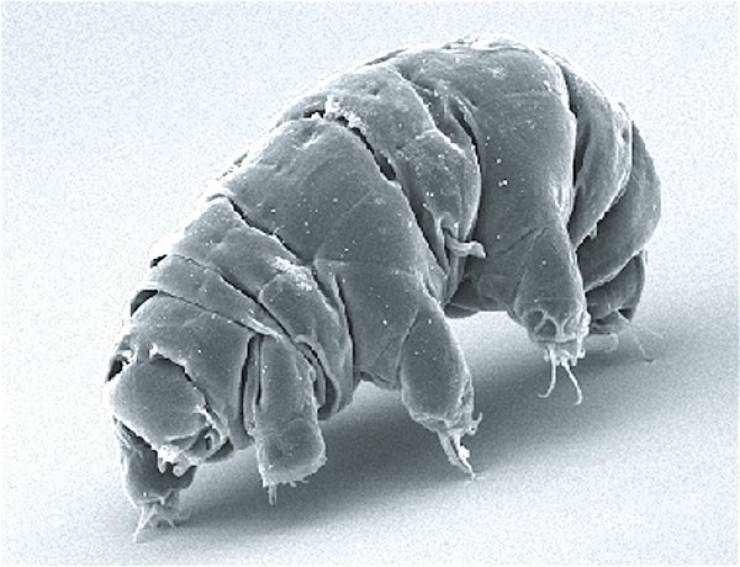 Tardigrades, a.k.a. water bears, became the first animals to survive exposure in outer space. The water bears, which typically don’t grow more than 1 millimeter in length, were dehydrated and exposed in space for 10 days by a group of European researchers. Back on Earth and rehydrated, 68 percent of the tardigrades that were shielded from the radiation survived.

Without gravity, samples of animal sperm don’t work the way they should. Putting bull sperm in orbit made the tiny cells move faster than usual. Meanwhile, in sea urchin sperm that flew on NASA missions, the process of phosphorylation screeched to a halt when the enzyme known as protein phosphatase didn’t do its job. 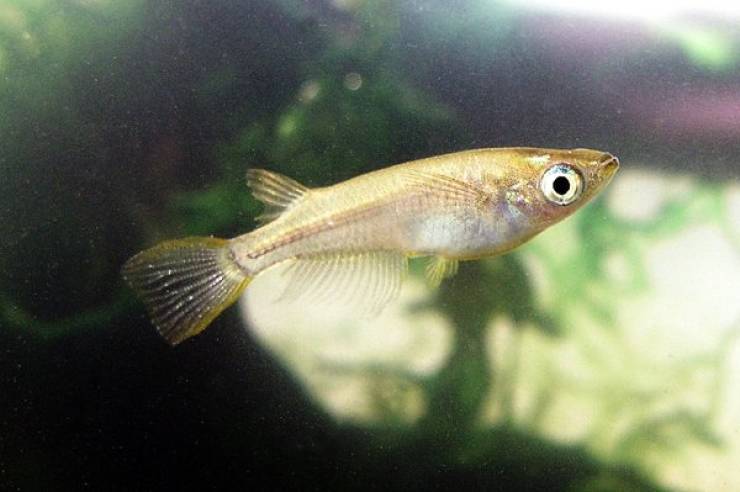 Since the medaka’s organs are clearly visible because of its transparent skin, this species of fish was the obvious choice for scientists to test the effects of microgravity on marine life—and to help determine why astronauts suffer from a decrease in bone density while in orbit. 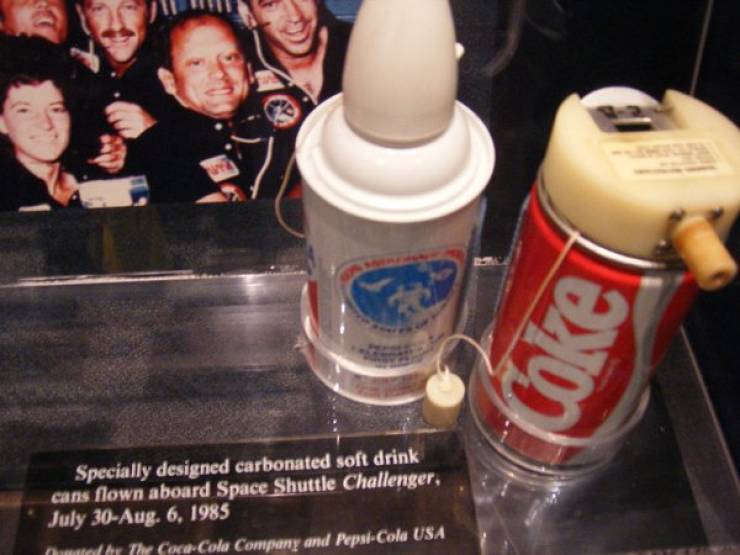 In 1985, four cans of Pepsi and four cans of Coke were on board the Challenger; the day shifters drank Coke, and the night owls consumed the Pepsi. Neither of the sodas were to their liking. 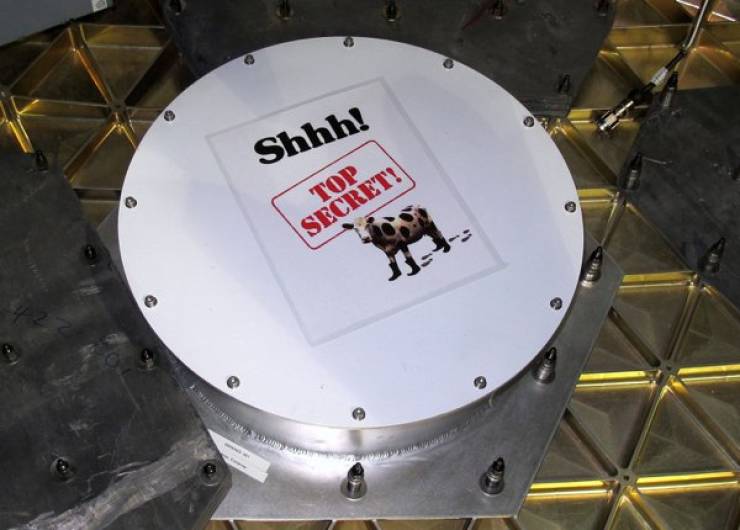 In 2010, SpaceX placed a wheel of Le Brouere cheese on an uncrewed spaceship to honor the classic Monty Python’s Flying Circus cheese shop sketch. To add to the pop culture celebration, SpaceX sealed the cheese wheel in a metal cylinder bearing the image of the film poster from the 1984 Val Kilmer movie Top Secret!. 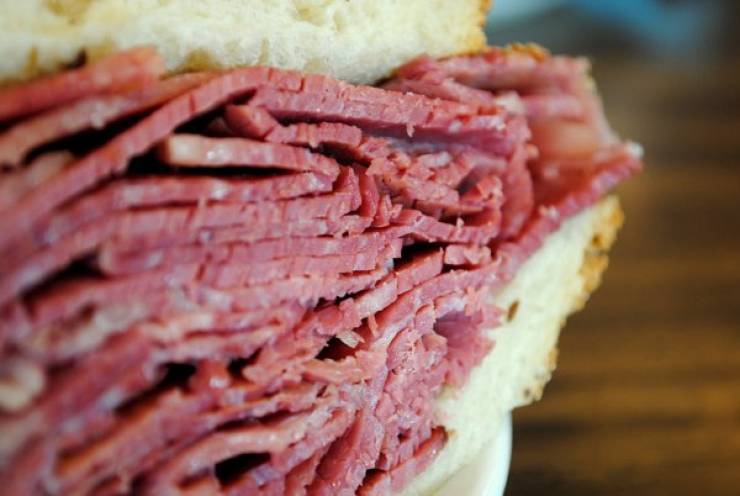 Astronaut John Young smuggled a corned beef sandwich on board the Gemini 3 in 1965.

Soviet cosmonauts took a triple barrel TP-82 capable of 40 gauge shotgun rounds, which was deemed necessary after 1965 when cosmonauts landed on Earth and became stranded in the Ural Mountains. The isolated cosmonauts feared the local wolves and bears would attack them. 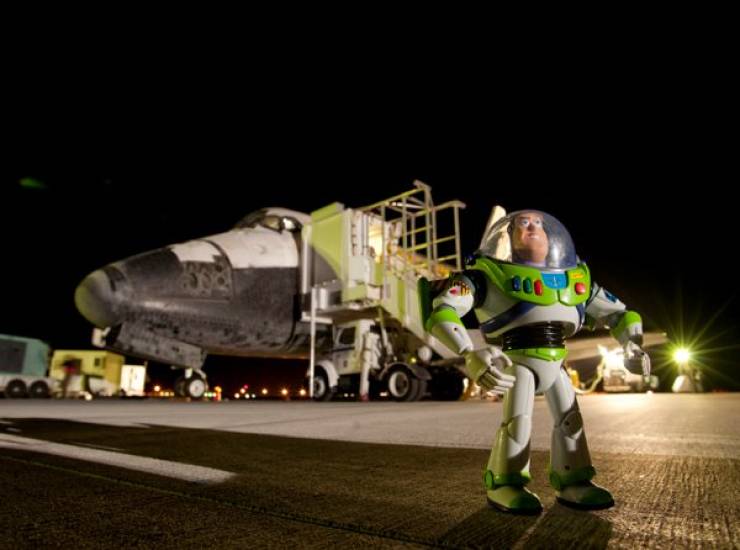 A Buzz Lightyear toy spent 467 days in space, orbiting the Earth on the ISS before having a ticker-tape parade in Disney World’s Magic Kingdom thrown in his honor. 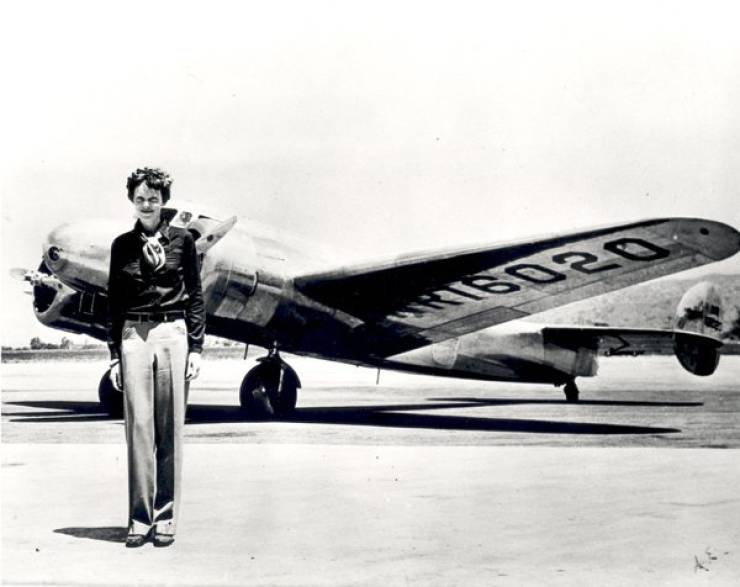 Amelia Earhart was the first president of an international organization of licensed women pilots called The Ninety-Nines. One member of that group is astronaut Shannon Walker, who in October 2009 was presented with a watch, owned by current group director Joan Kerwin, that Earhart wore during her two trans-Atlantic flights to bring onboard the ISS.

A TREADMILL NAMED AFTER STEPHEN COLBERT 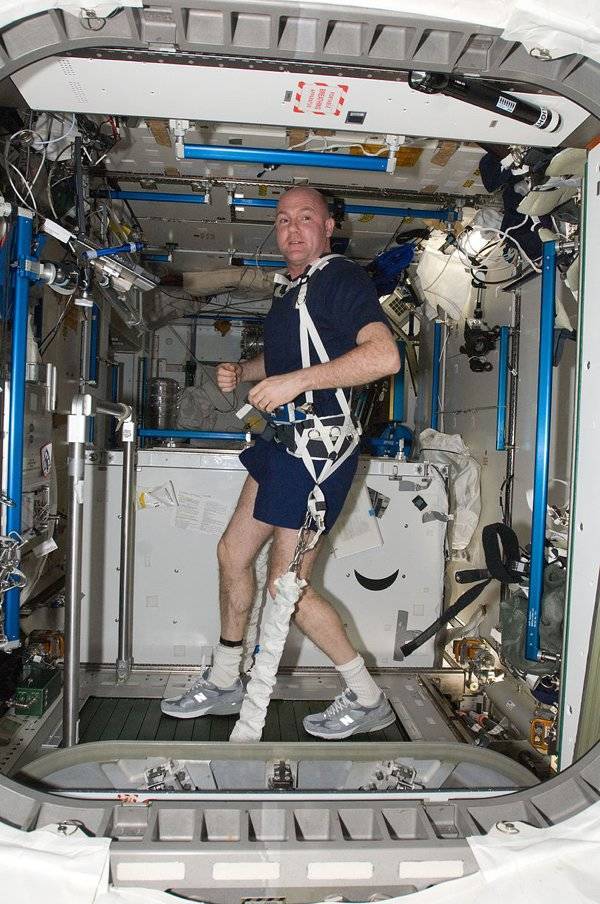 The Combined Operational Load-Bearing External Resistance Treadmill, or COLBERT comes equipped with elastic straps that fit around a runner’s shoulders and waist to keep them from careening across the space station.

AN ISSUE OF PLAYBOY MAGAZINE 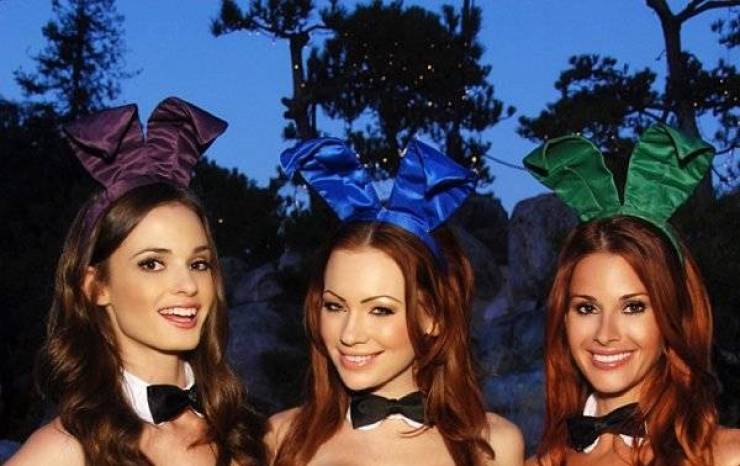 Some members of the backup crew of Apollo 12 included some Playboy spreads on the crew’s checklists, which were attached to Pete Conrad and Alan L. Bean’s wrists as they explored the lunar landscape. 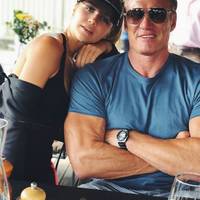