Well, Someone Needs To Do These Jobs… (16 gifs)

I was a puppeteer for many years and I actually got that job from an ad in the classifieds. It cracks me up that there is a scene in Being John Malkovich where he tries to find “puppeteer” in the classifieds and fails.

I work in a lab where I raise moths! I got it by telling my lab partner that I love bugs and he hooked me up

I work in a clinical lab where I get to play with baby sweat for a bit of my day. We are testing for chloride level. Increased chloride in sweat is one of the diagnostic markers for cystic fibrosis.
I am a clinical laboratory scientist. Not all clinical labs perform this test but I am lucky enough to work at a lab where we do a couple interesting low volume tests.

You know when you’re watching a sports program and you see the little pop-graphic in the corner (ie. a baseball players stats, or an advertisement for easy-mac, or “stay tuned for Saved By the Bell @ 9!”)? Yeah. That was me.
I updated those graphics and uploaded them to Fox Sports. Since Fox Sports is a 24-hour channel, there’s always one guy in the office 24-hours a day.

I used to work on a lavender farm! It’s totally unrelated to my field of study and incredibly difficult in terms of manual labor, but man was it a beautiful place. I tended to the plants, took care of goats, and did processing for the herbs and honey.
My grandparents are farmers and so I grew up with mediocre knowledge of field work and beekeeping and when a friend’s mom decided to start a business centered around lavender she asked me to help out for the summer.

Concrete petrographer. I just started this month. I studied geology in college and now my job is to look at concrete using petrographic methods I learned at school and conduct ASTM tests to determine quality of concrete. Very interesting work because concrete is engineered rock and there’s A LOT more to it than you think

Official court stenographer. I type everything everyone says in court. I was told about it in high school and thought it sounded cool so I went for it. Took 5 1/2 years in college, but I’m nationally certified to type 260 WPM and regularly push above 300 WPM in court.

I cleaned grills for super rich people in Palm Beach. Even got to clean Michael Jordan’s at one point. And it was recommended to me from a friend who was in sobriety with me after I got clean.

I’m one of two employees at a pet crematory.

I worked at a whorehouse. I was the ‘receptionist’, guys would come and id buzz them in after confirmation of their ‘appointment’ from the intercom. They would enter, check id, get then a water or pop, take payment. Then id call the girl from the intercom and they would led him to the room.It is technically an adult massage parlour. I applied off craigslist. Went for the interview. Only real rule was receptionist cannot become escorts and escorts cannot after chose to be reception.

My jobs not weird. I’m a welder. But what I do isn’t very common. I build Virginia Class Subamarines

Not terribly weird, but definitely unique. I own a handmade business and I make cool things out of felted sheeps wool. It started so I could have extra cash to pay off my nursing school loans. Then I quit my nursing job. Now I am a top 1% seller on Etsy and get to sit around and craft fun and colorful items that I ship all around the world.

My parents are escape artists and escape consultants. It’s quite a niche in the magic world. My dad started as a magician doing birthday parties as a teen, then got really into escapes, than became the #1 guy designing and consulting on escapes for famous top magicians.

Cameraman for Live PD. Went to film school to make movies then slowly worked through Ice Road Truckers, Ax Men, Boston’s Finest, and Nightwatch. Found out I have a perfect blend of art and athleticism that can be hard to find.

I’m a Hostage Survival Trainer.
I was working in international development within IT, and was asked to go and sort out the finance system in Iraq back in 2007. The ministry I was working in got attacked by a militia and myself along with my 4 guards got captured.
Over time the guards were killed and I got released in an exchange deal after being held for over 2.5 years. I did an AMA  about it some years ago. 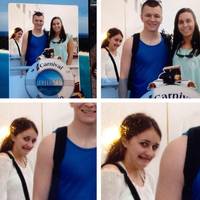 Lon 9 month s ago
I was the IT guy on tour with Cirque du Soleil. Got the job offered through a friend I sometimes helped on computerstuff. Got to tell my parents "I'm leaving with the circus":). best job ever!
Reply
X
>
1/1
<