These History Facts Don’t Sound Real. But They Very Much Are (15 gifs)

They built an entire life for this dead, fake, military man, dumped him in the ocean, and successfully distracted the Germans.

Edgar Allen Poe wrote a novel in 1838 in which 4 shipwrecked survivors, at the point of starvation, choose to resort to cannibalism. So they kill the young cabin boy, Richard Parker, and eat him.

In 1884, a ship called the Mignonette sank. 4 crewmembers survived. At the point of starvation, they killed and ate the youngest of them: Richard Parker.

The Battle for Castle Itter near the end of WWII saw US soldiers, French POWs, and the *German* army fighting on the same side to hold the castle against an SS tank division.

To make it even weirder, the French prisoners included several prime ministers and a tennis star.

Unsinkable Sam. A cat that survived the sinking of three different ships during WWII.

An English king named Ethelred, later called the Unready, took some troops to defend against a Viking invasion.

The weather was bad, so a lot of the Vikings’ ships crashed as they were landing. Ethelred thought that it would be dishonourable to attack them as they were stumbling onto shore, so he kept his troops back until the Vikings had a chance to get together and form proper battle lines before he attacked them. The better prepared Vikings then won the fight and slaughtered a bunch of Ethelred’s men and he and the rest were forced to run away while the Vikings went around pillaging.

Jeanne de Clisson (1300-1359) was married to a French nobleman who was beheaded for treason by the French King. Enraged, she sold their estate and purchased three black warships with red sails, and became a pirate queen of the English Channel who targeted French ships. She became known as “The Lioness of Brittany” and in her 13 years of piracy she would slaughter every member of a ship’s crew except for one so that last survivor could go back and tell the French king what had happened

The London Beer Flood of 1814: a 22-foot-tall beer vat blew out and at least 100,000 to as much as 323,000 imperial gallons give or take flooded slum-dwellings, killing 8 people. Five of those people killed were at the time at a celebration of life service for someone else

Jack, a Baboon who was employed to change rail signals.

“After initial skepticism, the railway decided to officially employ Jack once his job competency was verified. The baboon was paid twenty cents a day, and a half-bottle of beer each week. It is widely reported that in his nine years of employment with the railroad, Jack never made a mistake.”

In 2007 a paraglider got trapped in the updraft of two joining thunderstorms and was lifted to an altitude of 33,000 feet. She landed over three hours later about sixty kilometers north of her starting position having survived extreme cold, lightning and lack of oxygen.

During WW1 The German navy built a ship and painted it to make it look like a British ship called the RMS Carmania in order to infiltrate and destroy British convoys. On the ships first outing, the first enemy it encountered was the real RMS Carmania, which promptly sunk it.

Mad Jack Churchill, the man with the only confirmed longbow kill in WWII. Guy and his squad did a death march towards the germans whole playing bagpipes, got captured and sent to a concentration camp. He then escaped, got caught again, and then escaped a different concentration camp. Also he always carried a scottish longsword with him.

Theres so much other weird [email protected]#t he did after the war, and its amazing to me that hes entirely real.

Probably that time the US government hooked listening equipment to a cat so it could spy on Russians, only to realize that cats don’t follow commands and then it got hit by a car.

4 Auschwitz prisioners stole nazi uniforms, and a car. Only one of them was speaking german so he was wearing the highest rank uniform. When they left the camp they’ve encoutered 2 patrols. 1st patrol (with some high ranked guy) just hailed to them. 2nd patrol with 2 low rank soliders told them they can’t leave becouse orders etc. Guy speaking german started screaming at them so loud and so realisticly they just said “we’re sorry, go ahead”. 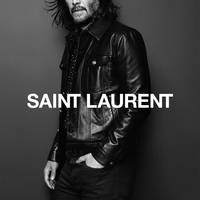 Exie 9 month s ago
#15 Kazimierz Piechowski. The story is retold in Auschwitz Inside the Nazi State- Factories of Death and the 2007 film The Runaway.
Reply
1 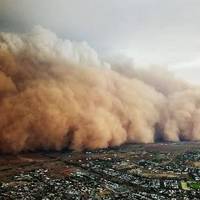 Belle 9 month s ago
#13
Oh nice "historical facts" about this a$$&073 again. Doesn't know the Geneva Convention, doesn't know the Hague Conventions. Not a hero, just a sadist, a war criminal and war monger. British prisoners of war never was inmates in concentration camp just in camps for POVs.
Reply
-1 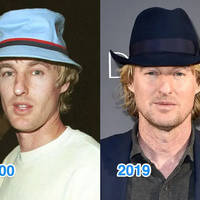 Antonia 9 month s ago
war...what is it good for?
Reply