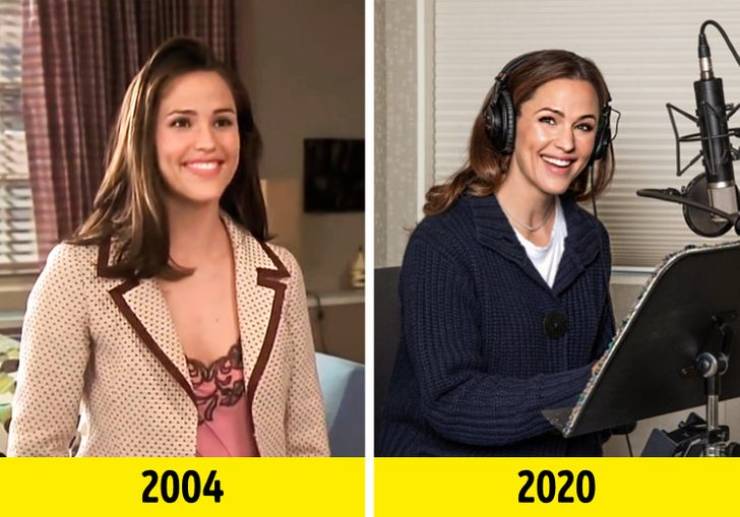 We love her for her performance in this film. The truth is that playing a 30-year-old woman with the mentality of a 13-year-old girl cannot be easy, but she did a great job playing such a complex character. Garner was then involved in several films and series, like Elektra or the character Vanessa Loring in Juno, but without a doubt, she got the most recognition after working on ABC’s spy-thriller Alias, a series where she played character Sydney Bristow, which won her a Golden Globe. 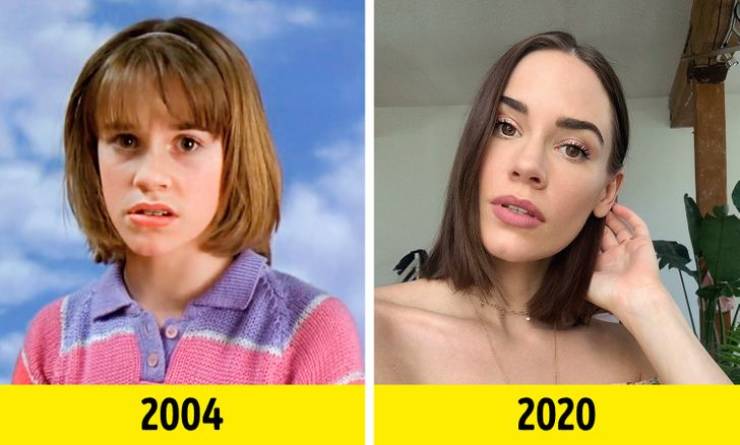 Her most popular role was precisely the one she played in this film. However, because she bears a great resemblance to Jennifer Garner (you can see it, right?), 13 Going on 30 wasn’t the only film in which she played together with her as a younger version of Garner’s character. In Ghosts of Girlfriends Past she also brought a younger version of Garner to the big screen, playing teenage Jenny. 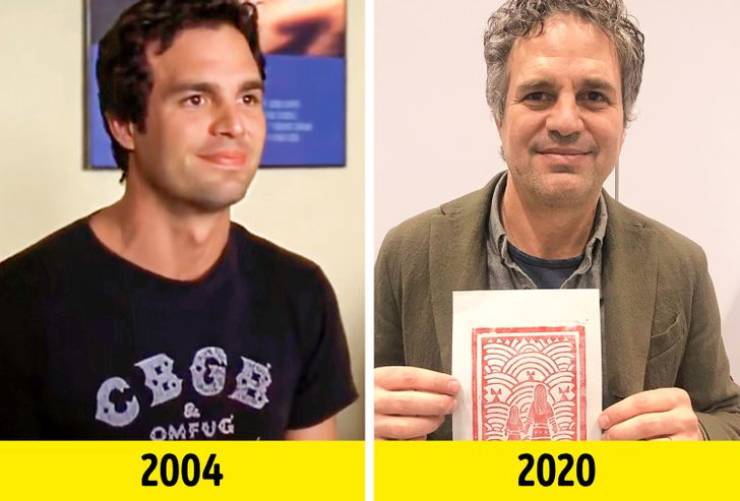 Besides being eternally in love with Jenna, his childhood sweetheart, Mark is well-known worldwide for having played the Hulk in several films from the Marvel Cinematic Universe. His last part was in the HBO series I Know This Much Is True, where we can see him playing his own double, since he played both Thomas and Dominick Birdsey, 2 twin brothers. 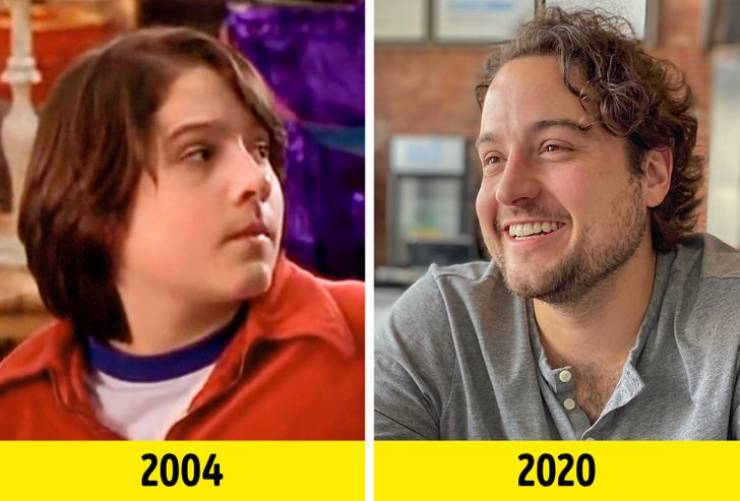 In addition to 13 Going on 30, Marquette worked on ABC’s All My Children, as well as Lizzie McGuire, among other series. He has also done voice work on several video game and animated series characters like Nickelodeon’s Rocket Power. What a multi-faceted artist! 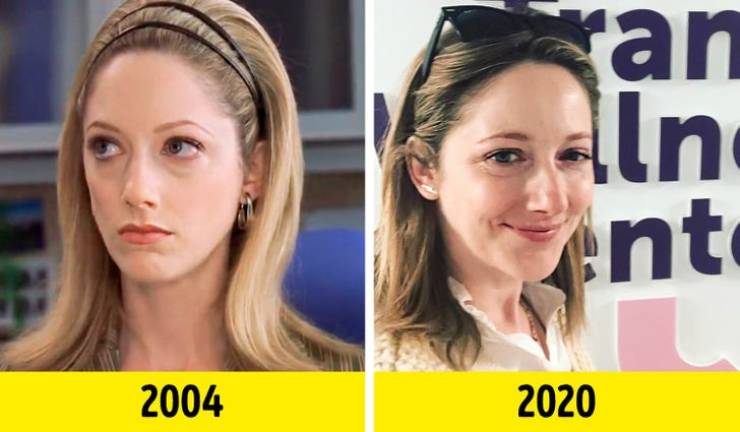 Greer has had a long career, both in film and on television series, although she has not received any Emmy or Oscar nominations so far. She is an avid reader and shares her book reviews via her Instagram account. She is also an animal lover, especially of her little dog Mary, so she likes to spread the word and promote responsible practices toward animals, like pet adoption. Let’s hear it for Judy! 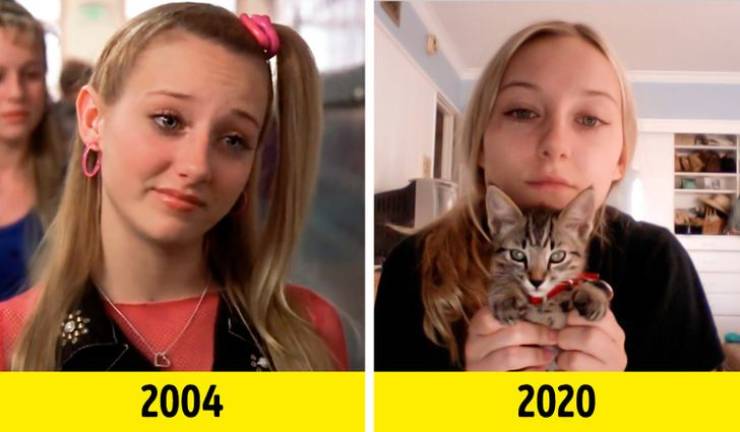 Little Tom-Tom continued to work in the film industry, but unfortunately none of her projects have really been successful. Before playing the young Judy Greer, she took part in Eye for an Eye and A Time to Kill. Today she looks very much like the young Lucy. It’s like time hasn’t passed at all, don’t you think? 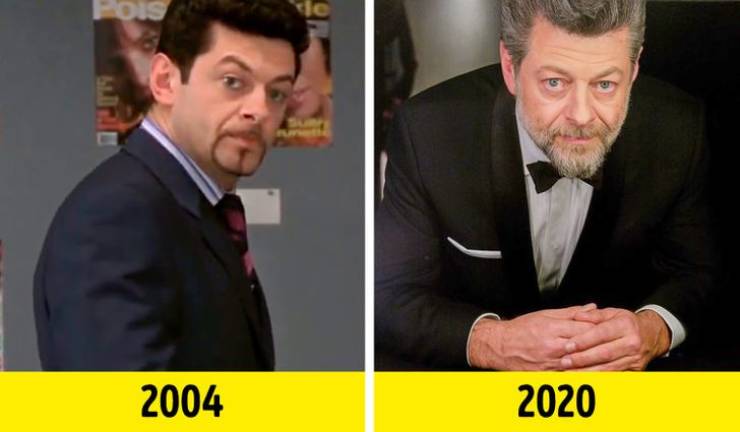 We loved him in 13 Going on 30 when he put his dancing skills to the test and totally rocked the choreography of Michael Jackson’s Thriller. That was an iconic moment in the film! But despite his feel for rhythm, later on Serkis decided to specialize in performance capture roles for computer generated characters like Gollum in The Lord of the Rings trilogy, and Supreme Leader Snoke from the First Order in the new Star Wars releases, Star Wars: Episode VII — The Force Awakens and Star Wars: Episode VIII — The Last Jedi. 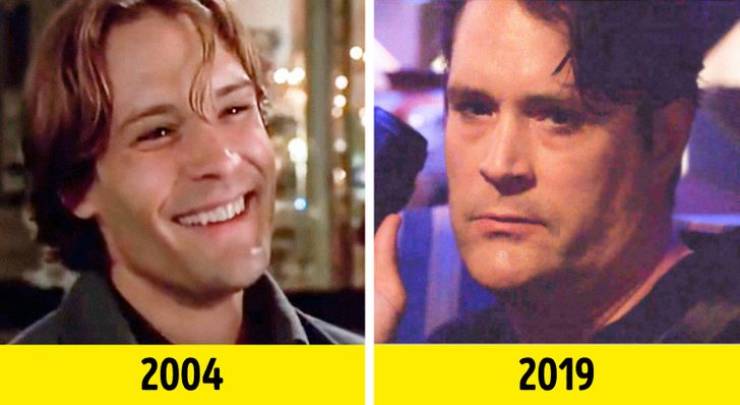 He worked on other films like Pumpkin, The Last Castle, and The Pact. However, those of us who love 13 Going on 30 will always remember him as Jenna’s boyfriend. 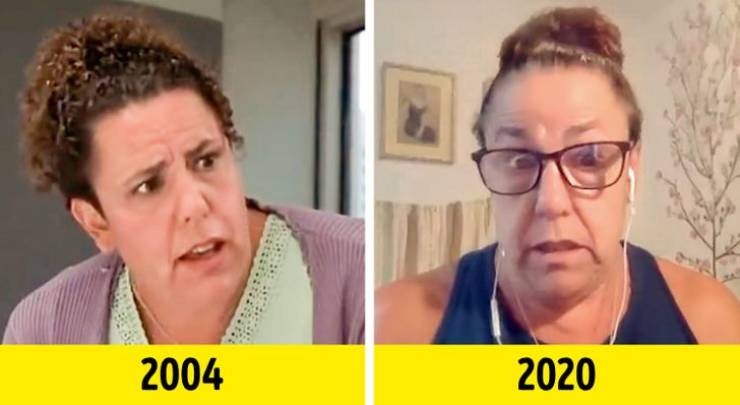 Jenna’s secretary had to put up with a demanding and authoritarian woman until she was 13 again — how will we ever forget the scared look on her face every time she addressed her boss! Marcia also appeared in other films, like Whatever Works, Letters to Juliet, and Baron Cohen’s The Dictator. You might also recognize her mostly for her roles in popular series like Orange is the New Black, The Blacklist, or Almost Family. 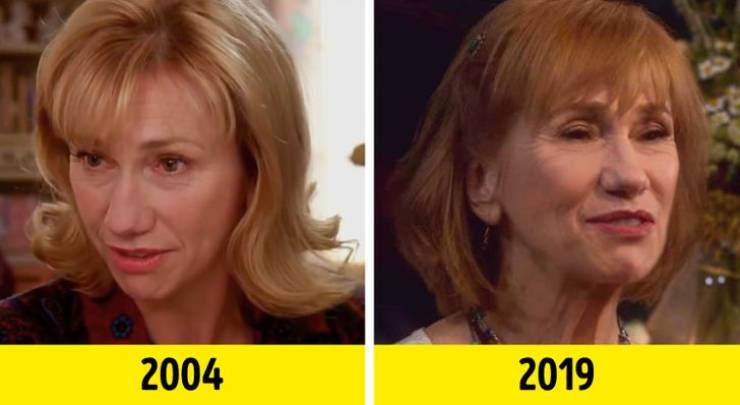 Winner of a Golden Globe and 3 Emmy Awards for her role in Picket Fences, she is also remembered for her performance in Edward Scissorhands as Joyce. A versatile and contemporary actress, she played Jenna’s mother in 13 Going on 30, a character full of wisdom and understanding. 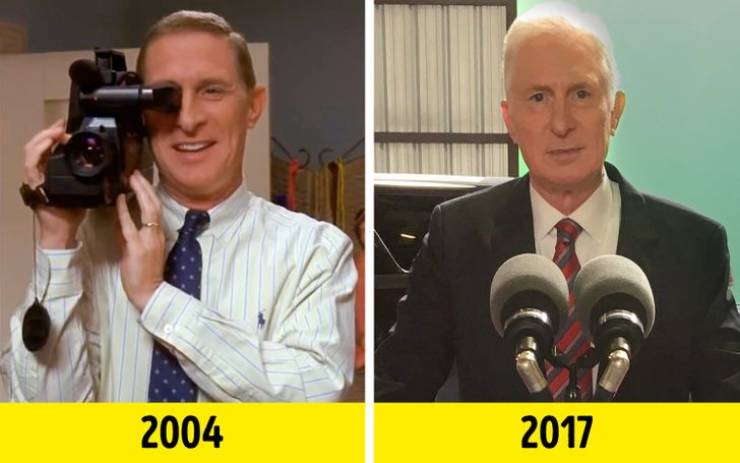 Jenna’s dad doesn’t have much of an impact on the film’s plot. However, you might recognize Phil as Charles Swedelson from the sitcom Girlfriends, or even as Vice President Andrew Doyle from HBO’s comedy, Veep. He has also written movie scripts like Happy, Texas and made special appearances in other shows. 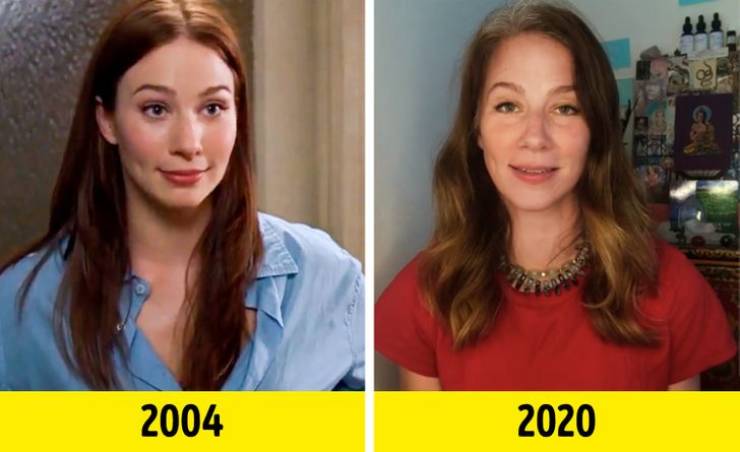 Another actress from 13 Going on 30 who proudly wore the superhero costume to save the world is Lynn Collins. Just like Mark Ruffalo (who actually played her boyfriend in this film) decided to take on the challenge of bringing the Hulk to the big screen, Lynn played Kayla Silverfox in X-Men Origins: Wolverine. Jenna and Tom-Tom’s hateful enemy, who worked for the competition, also played in Saved by the Bell: Wedding in Las Vegas and Independence Day. Today, she’s using social media to show how much she loves animals, especially her pets. 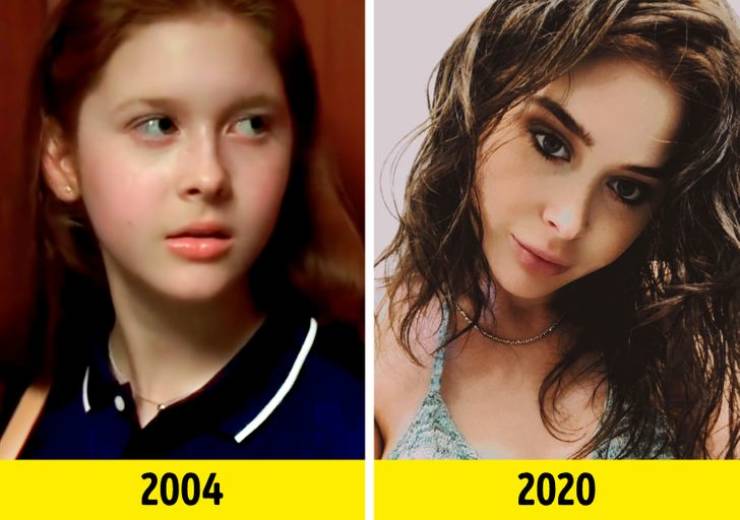 Becky becomes friends with Jenna because they live in the same building. Currently, this lovely girl is a singer who has already recorded 3 studio albums and has participated in Live 8 in Berlin in 2005. She also still acts in movies: her last film was Bachelor Lions, released in 2018, where she played Evelyn Ross.

Bonus: Look at how the girls from the “Six Chicks” are doing.
Brittany Curran
15 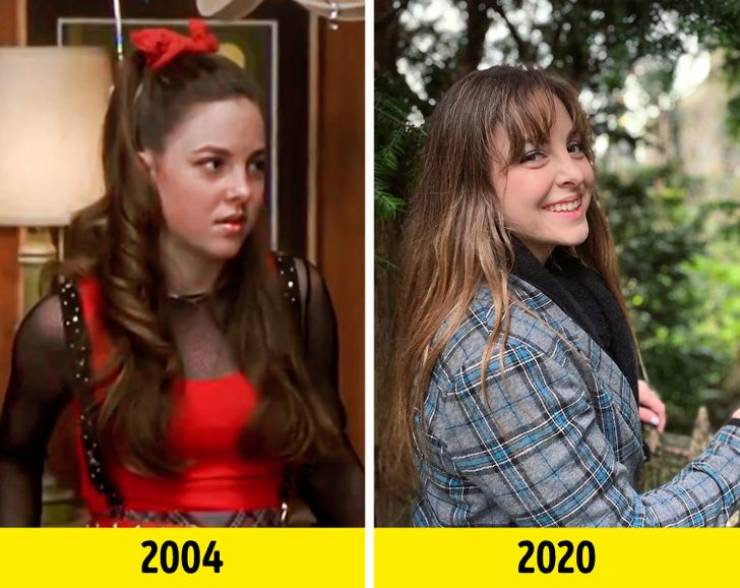 Brittany belonged to the cool chicks from school, exactly the ones Jenna wanted to be friends with. This great actress unleashed her true potential mainly on TV shows, most of which have become very successful with their audiences, like Drake & Josh, Criminal Minds, Chicago Fire, and now The Magicians. 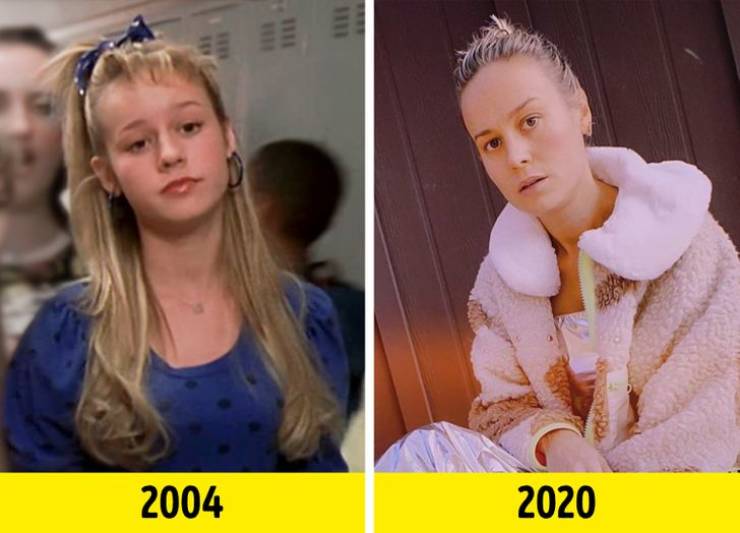 Another member of the mean girls club and yet another one of the actresses from 13 Going on 30 who became a superheroine. Brie is known worldwide for her performance as Captain Marvel. She has won multiple awards during her career and, in addition to acting, she is a writer, director, and singer. Let’s hear it for her! 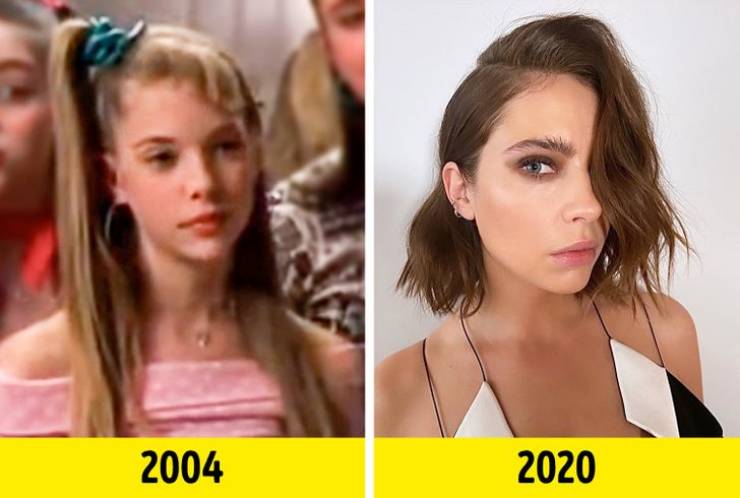 Even as a child she was well suited for the role as the popular girl from school. Today she has become world famous for starring in the series Pretty Little Liars, but on top of that she worked on several films like Bring It On: In It to Win It, and had appearances in very successful series like Supernatural or How I Met Your Mother.

Antonia 9 month s ago
must be because I do not follow these "hollywood types" that I don't know even one of these people..
Reply