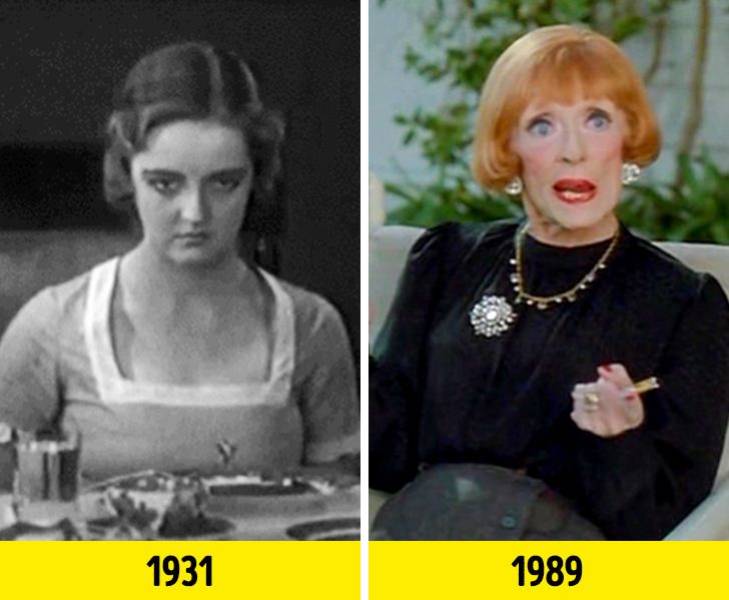 A big-screen heroine, in what was a male-dominated industry, Bette Davis was born on April 5, 1908, in Massachusetts. She began her career on Broadway at age 21. In 1932 she reached stardom by signing a contract with Warner Bros. to star in the film, The Man Who Played God. Her performances in Dangerous and Jezebel earned her Oscar awards as Best Actress. With a total of 123  performances, Davis became not only a highly regarded actress, but also the “highest-paid woman in America,” according to her biographical site. Sadly, in 1989, she passed away after losing her fight against breast cancer. 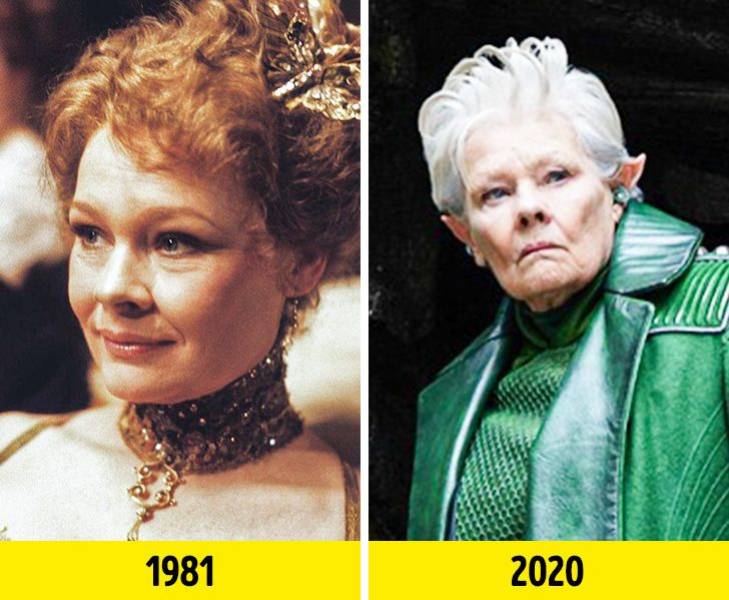 British actress and writer, Judith Olivia Dench, was born on December 9, 1934. She entered the world of the arts with different theater companies, starring in Hamlet and Romeo and Juliet. Her film debut was in the movie Third Secret in 1964. In the years following, she starred in comedy television, and finally achieved world fame with the James Bond film saga. She appears in the credits of 128 productions and has been awarded Best Supporting Actress at the Oscars, BAFTAs, Olivier Awards, Screen Actors Guild awards, Golden Globes, and even the Tony Awards. 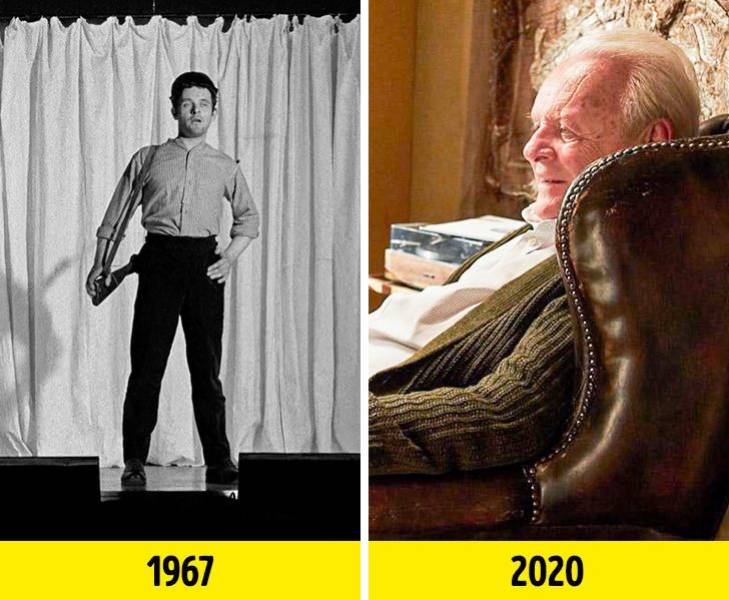 Born on December 31, 1937, in Wales, UK, Anthony Hopkins has become one of the most sought-after and dynamic stars in the film industry. In the ’60s, he started his career by joining the Royal National Theater and later launched onto the big screen in 1967 with The White Bus. 11 years later, he landed his first leading roles in Magic and The Elephant Man. World fame came when he played Hannibal Lecter, a character that earned him an Oscar for Best Actor. With almost 140 movie credits to his name, Hopkins maintains his thirst for acting in all movie genres. 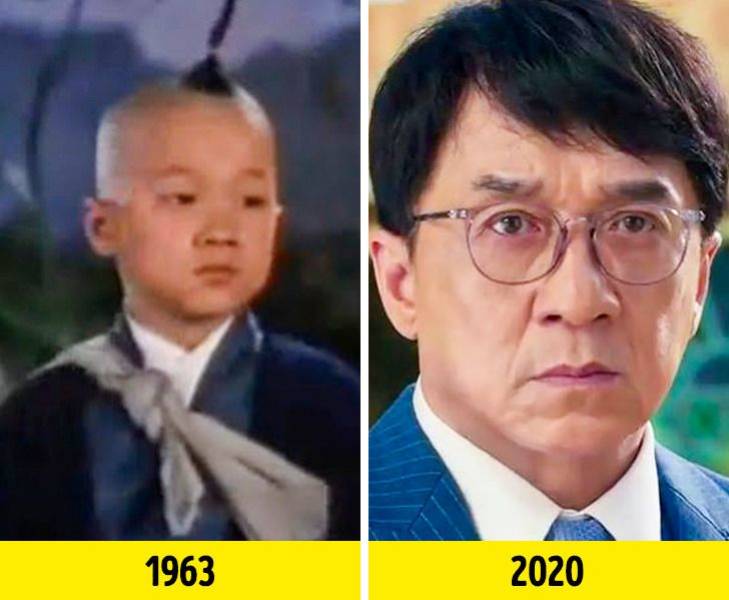 Chan Kong-sang was born in 1954 in Hong Kong. Not only is he a fantastic actor, but he’s also recognized as a martial arts stuntman, director, producer, and screenwriter. Chan became active in the film industry in the 1970s, playing supporting roles alongside Bruce Lee. When he finally combined comedy with his fighting powers, the actor achieved international fame. Some of his most notable films are Drunken Master and Snake in the Eagle’s Shadow. In 2016, he was recognized with an honorary Oscar award for his complete works, a total of 142  productions. 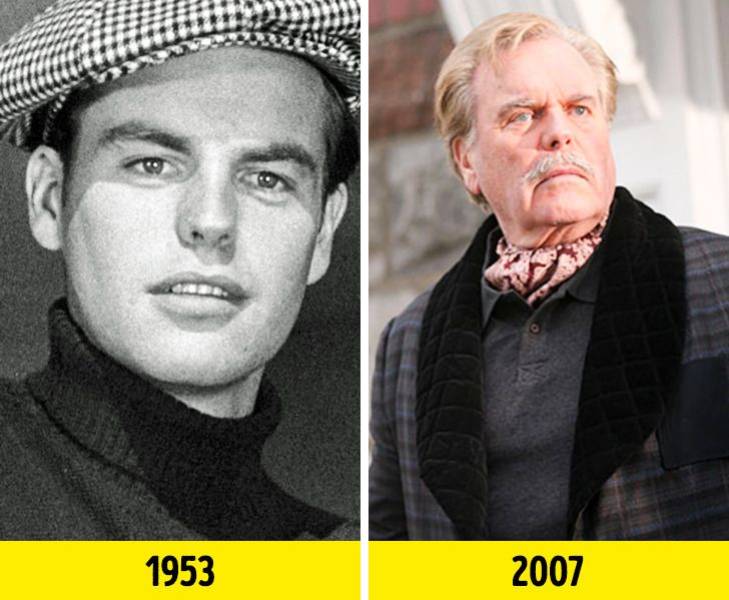 American actor and film producer, Robert Wagner was born on February 10, 1930, and began acting at age 20 with The Happy Years. Years later, 20th Century Fox took a chance on him as a future youth star with the film, With a Song in my Heart, and in titles such as Titanic (the 1953 version). His career led him to star in a total of 151  productions, including television, where he worked both as an actor and producer. 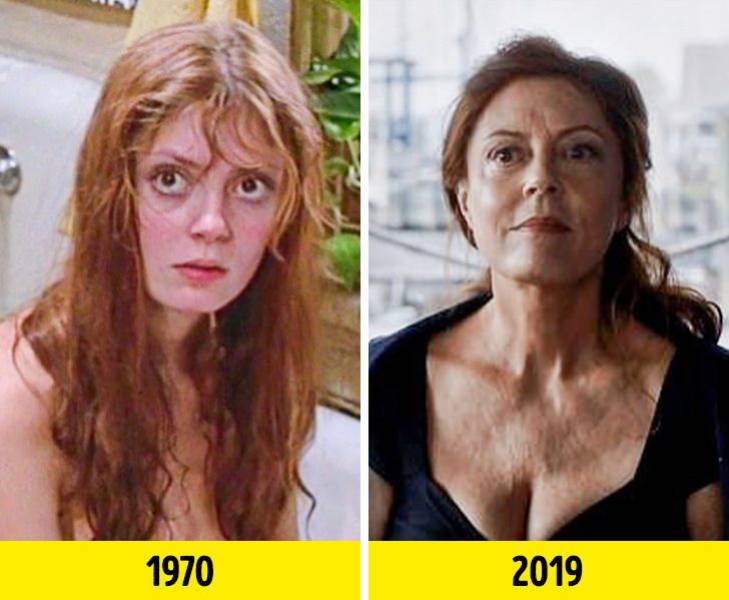 She’s still an actress at large at 73 years of age. Susan Sarandon got her first role in Joe in 1970. 12 years later, she earned her first Oscar nomination for Atlantic City. Sarandon has continued in cinema with titles like Emotional Arithmetic. After tallying all her contributions, she’s taken part in a whopping 161  performances. 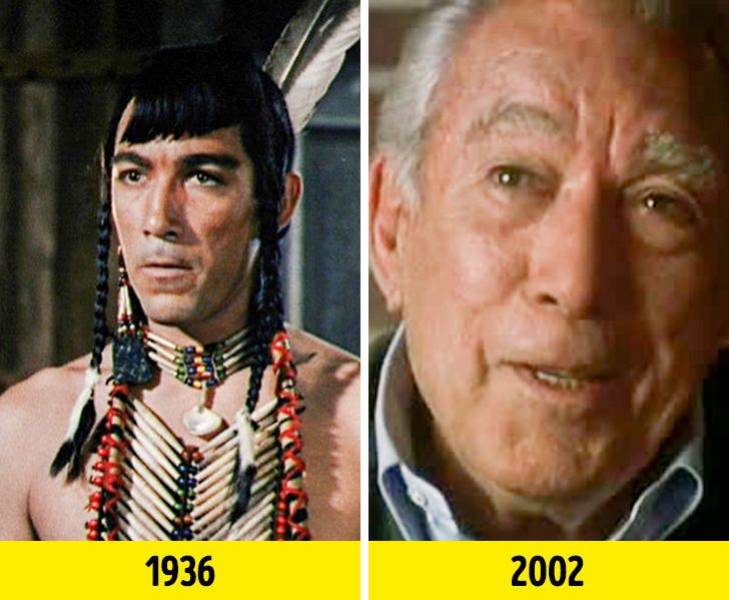 This Mexican actor was born on April 21, 1915, in the state of Chihuahua. Considered “exotic” in cinema, he participated in films like Buffalo Bill and They Died With Their Boots On. His role as Zapata’s brother in ¡Viva Zapata! got him his first Oscar. He earned a second one with Lust for Life. Although his specialty was adventure cinema, he also found time to play Barabbas, Zeus, and The Hunchback of Notre Dame, scoring 169 appearances as an actor. He undoubtedly succeeded at transforming into all kinds of characters before passing away in 2001 at the age of 86. 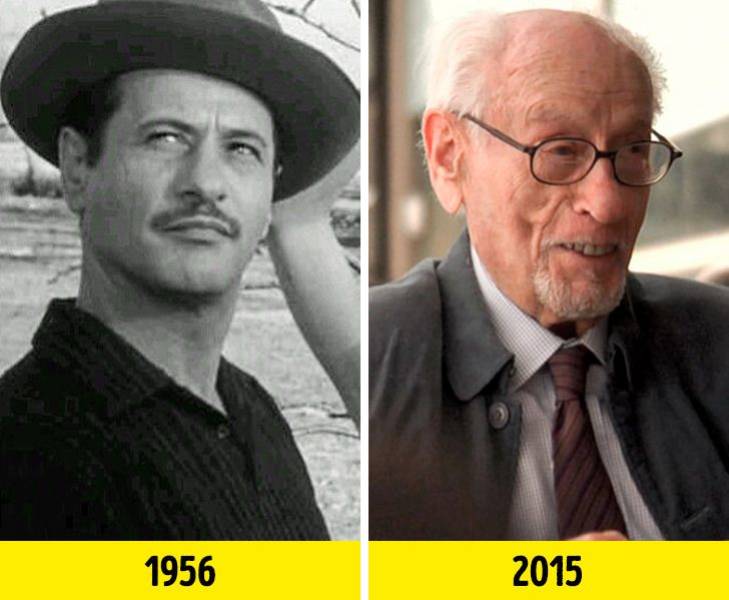 An American actor of Jewish descent, born on December 7, 1915, Eli Wallach made around 174 movie appearances. Most of his films were westerns, like Baby Doll and Seven Thieves, but he also acted in titles like New York, I Love You and Wall Street II. However, it was only after being Tuco from The Good, the Bad, and the Ugly and Don Altobello in The Godfather III that Wallach was able to achieve cinematic glory. In 2011, he won an Academy Award, and 3 years later, he made headlines once again, passing away at the age of 98. 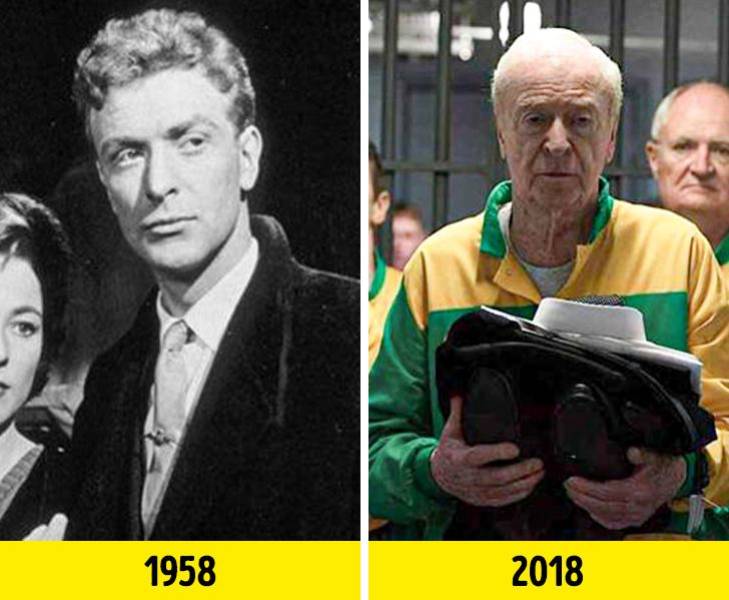 Michael Caine was born on March 14, 1933, in London. In his early days as an actor, his stage name was Michael White, which he later changed to Caine, as he’s known today. Before beginning his career in film, he worked in theater and television. His initial success came from participating in The Ipcress File. Among his most recognized films are Sleuth, California Suite, Hannah and Her Sisters (for which he won an Oscar for Best Supporting Actor), Little Voice (for which he won a Golden Globe), and Batman Begins. His career to date makes a full list of 176 roles as an actor. 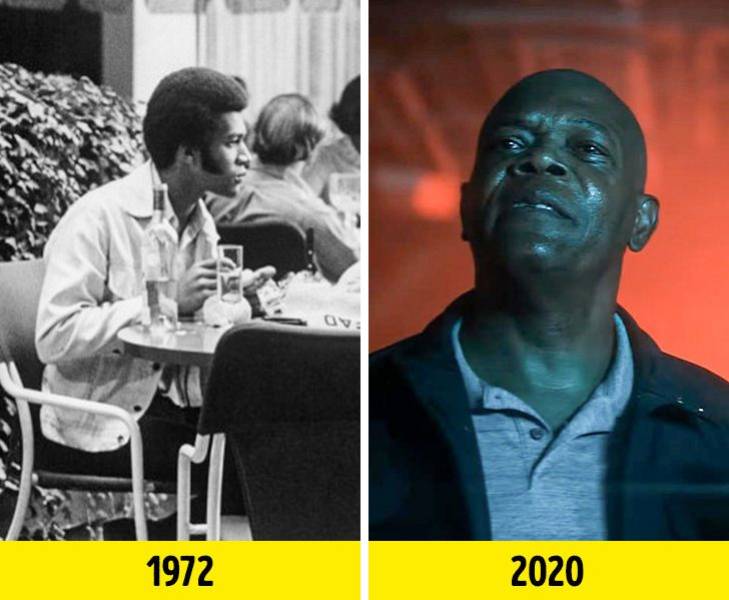 This roughly 71-year-old American actor made his first big-screen appearance in 1973 with Together for Days, but it wasn’t until his assassin role in Tarantino’s Pulp Fiction that he reached stardom. The films he worked on following this success not only secured his place in cinema, but racked up his participation in just over 191  productions. We can still see him today in Star Wars, 1408, and Iron Man. 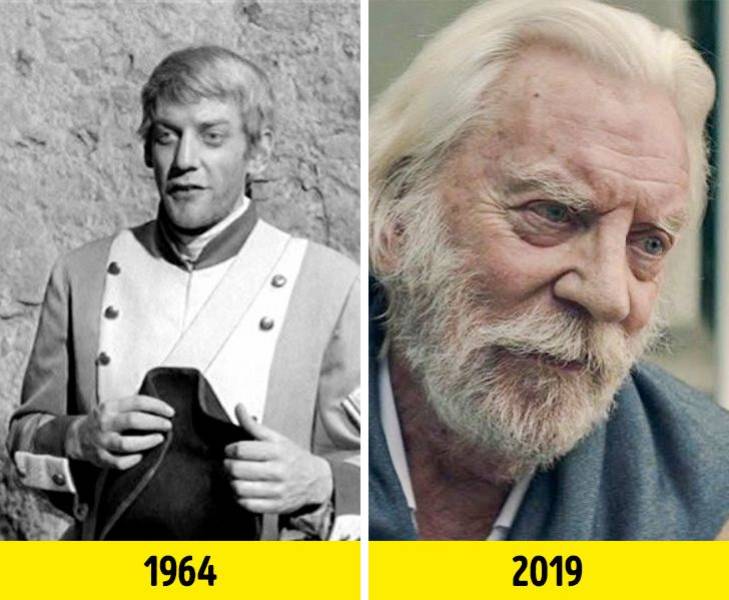 Born on July 17, 1935, Donald Sutherland played roles in both horror and war movies in the 1960s and 1970s. He debuted as an actor in the early 1960s in smaller roles in film and television before later landing important roles alongside Christopher Lee. The film that took him to the height of Hollywood success was The Gallows. 3 years later, he was nominated for a Golden Globe for MASH. He’s moved away from the spotlight in more recent years, but can be remembered for his roles in The Hunger Games, The Time of Their Lives and Ad Astra: Towards the Stars. Sutherland has appeared in 194 credits throughout his acting career, which has earned him an honorary Oscar. 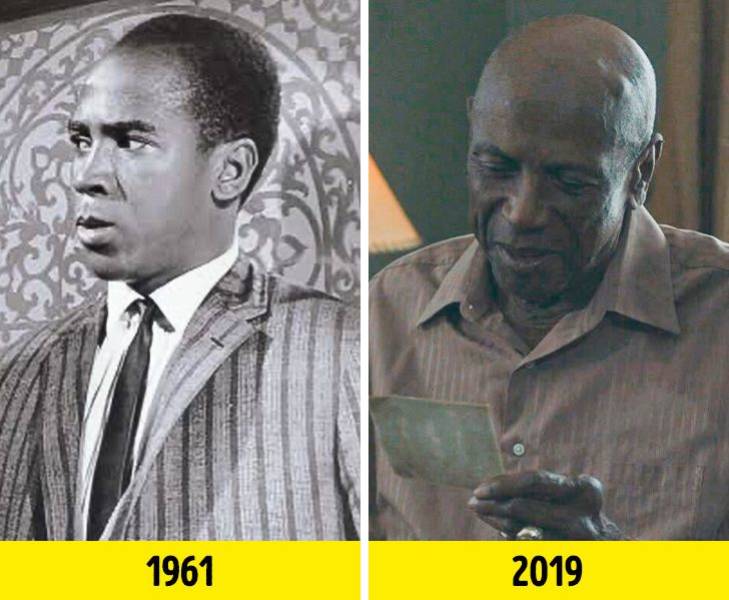 With just over 200 film appearances under his belt, this American actor born on May 27, 1936, is not only recognized for his work in cinema but also in various television series. He was first awarded for his work in 1977 when he received an Emmy for “Best Guest Actor in a Drama Series,” and 5 years later, his film An Officer and a Gentleman scored him “Best Supporting Actor” at the Oscars and the Golden Globes. 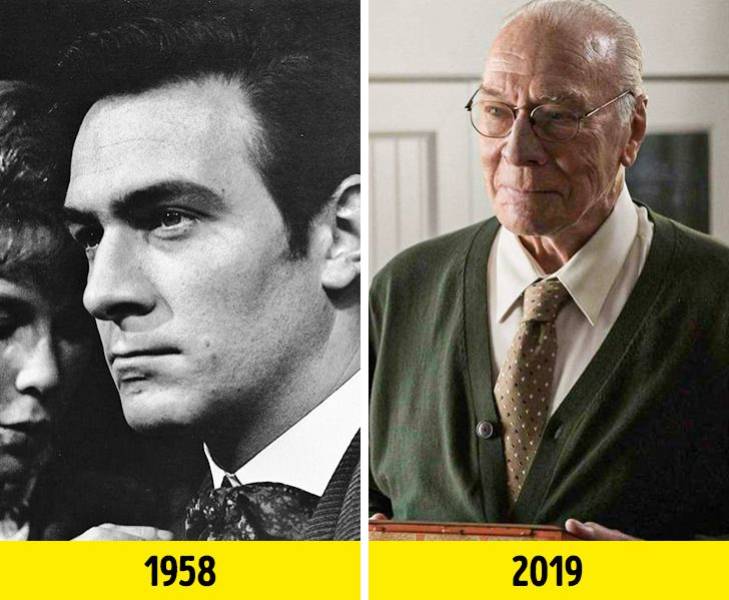 This Toronto-born actor has spent 7 decades on stage. Already having starred in 216  performances, he assured us in an interview that he’s only warming up for his next roles: “Maybe in my 90s I’ll turn into a woman and play all the great parts again!” He is recognized for his work in television, theater, and cinema. He’s been awarded for his work with both Tony and Oscar awards. We can still see his great performances in films such as A Beautiful Mind, Alexander the Great, Beginners, All the Money in The World, and The Man Who Invented Christmas. 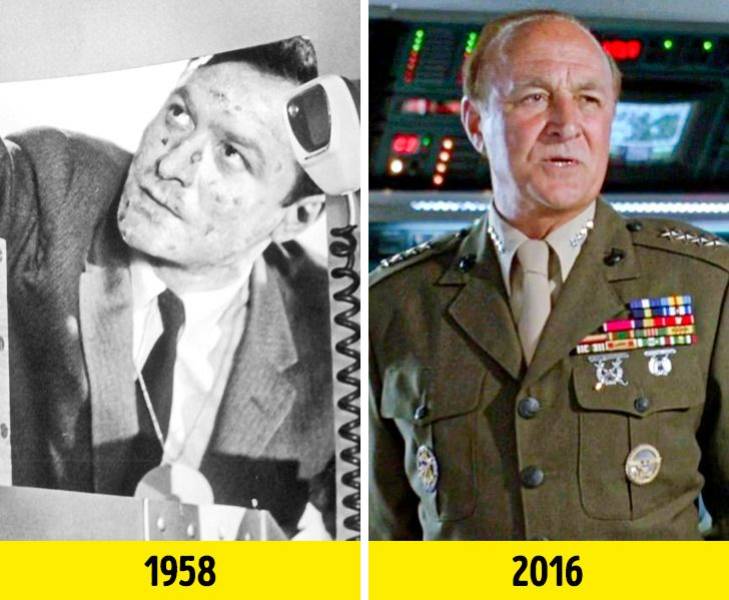 Robert Loggia has accumulated more than 200 roles in productions with all kinds of directors and characters. Born in the United States in 1930, he was always clear-headed about his vocation as an actor, making his Broadway debut early in the 1950s. In the last years of his life, he was forced away from the spotlight due to Alzheimer’s, but his films Prizzi’s Honor, Scarface, and Suspicion secured him a place in the history of cinematography. 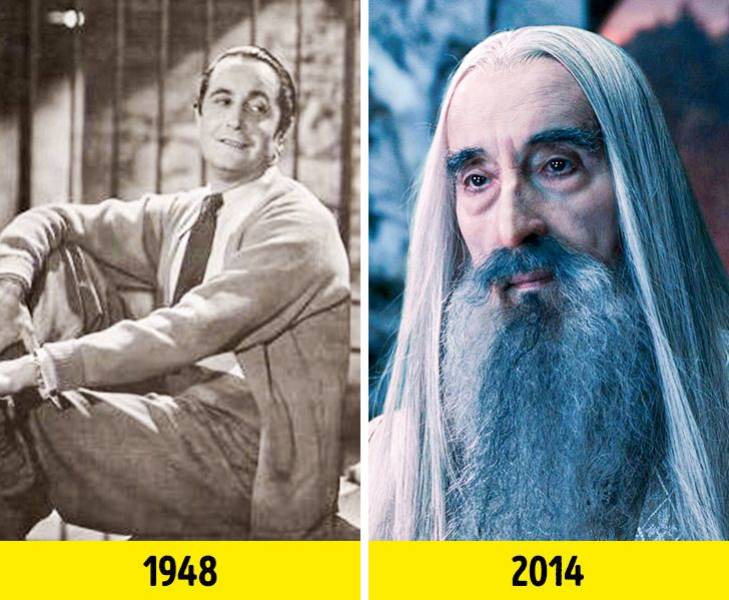 The British artist , who passed away in 2015 at age 93, amassed nearly 300 performances throughout his legendary career. It was in the late 1940s that he began debuting as a supporting actor in Terence Young’s film, Hall of Mirrors, and the famous 1948 adaptation of Shakespeare’s classic, Hamlet. Over the years, his appearances ranged from movies like Dracula in the 1950s and 1960s, Frankenstein in 1957, Sherlock Holmes in 1970, and his highly-acclaimed role in The Lord of the Rings. 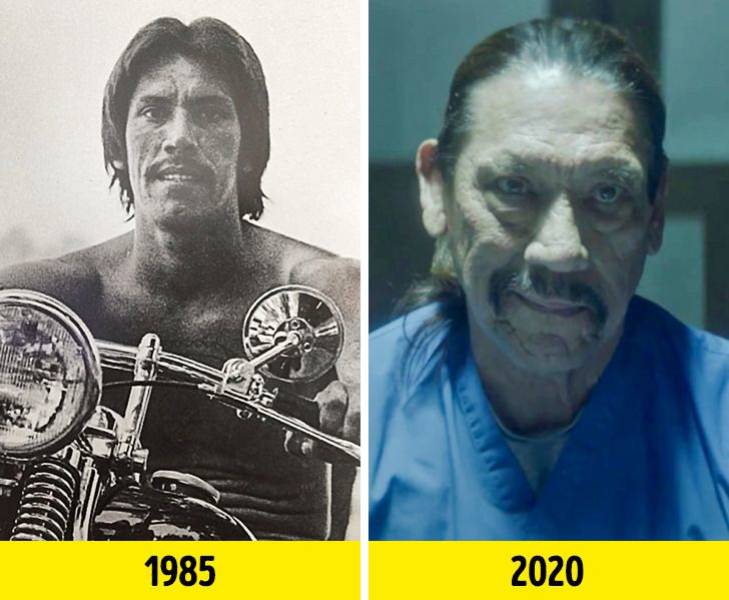 This American actor of Mexican origin has made history within the Hollywood film industry, not only for his more than 400 acting roles but for what his life was like before stardom. During his youth, he committed several crimes in his native California, which led him to serve a lengthy prison sentence.

His career in cinema began in 1985 when he was given a role as a convict in the movie Runaway Train. Years later, he starred in Animal Factory, Once Upon a Time in Mexico, and The Devil’s Rejects. His characters always carry the names of bladed weapons, hence the famous pseudonym “Machete,” a role he played in Spy Kids which gave him the nickname. 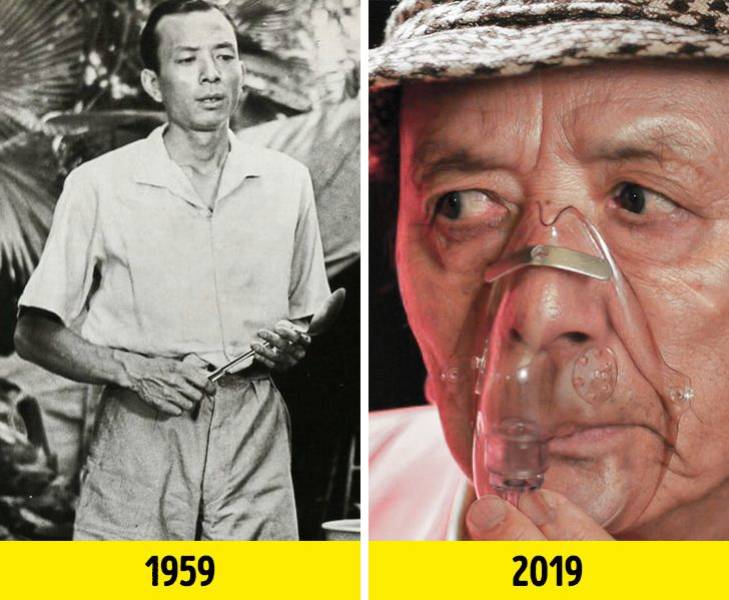 Although this 91-year-old American actor isn’t remembered for all his works, which currently number at more than 400 , he’s had a career spanning 7 decades. He started in the 1950s as a voice actor and later participated in the Kung-Fu series. In the 1970s, he began to shine in films like Diagnosis: Murder and Chinatown. However, it was only later, with the movie Blade Runner, that he became a cult star. Since then, he has starred in renowned TV series such as Friends and Seinfeld. 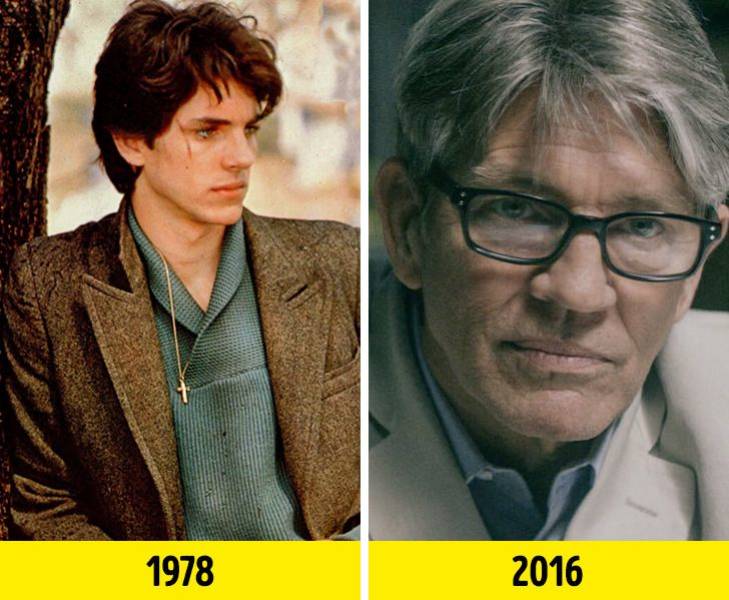 In an interview, the actor, who’s also the brother of Julia Roberts and father of Emma Roberts, assured us that, despite filming 74 films annually and not having rejected a single job offer to date, his passion for acting has remained intact. 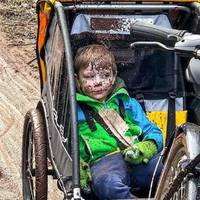 Flo 8 month s ago
Danny Trejos info is not true, not all his characters are named after blades, gawd do your research.
Reply
0

Relief 8 month s ago
#4 Did he kill Natalie Wood?
Reply
1

Antonia 7 month s ago
Relief,I think you meant #5 robert wagner and it was never proven who might or might not have killed her
Reply
X
>
1/1
<