"I put on a Tigger costume when I was little and thought I could bounce on his tail jumped off my dresser & broke my tailbone."

"Circle birthday cake. I lit the candles on the outside first. Burnt my wrists/forearms trying to light the candles in the middle."

"I closed the trunk door of my car on my nose. Still wondering how i managed to do that."

"I once kissed a reflection of myself on the outside of a metal toaster while in use, and seriously burned my lips. Technically my first kiss…"

"In a bad mood one morning at work. Went to take a [email protected]#t. First wipe, the toilet paper hangs up on the dispenser and won’t tear. I mutter “oh, goddammit” and give it a vigorous yank. Of course the toilet paper rips, and I’ve done it with enough force where I punch myself in the face and give myself a spectacular bloody nose."

"Tested to see how sharp a knife was with my finger."

"I threw a stick into the sea, wanted the stick back and slice my foot open on some oysters (down to bone)"

"I walked into a door forgetting to actually open it. Resulted in a bloody nose."

"I fractured two metatarsals in my foot and currently I am in a boot riding a knee scooter…..I was walking, just walking. Not running, not playing sports, not kicking a rock. JUST WALKING!"

"A few years ago I woke up, when to the bathroom, and was wiping my @$$ when I pull my neck. Still not sure how but it happened I just felt the pull and had an enormous pain.

Went to the doctor who gave me anti-inflammatory injections and had to use a collar for a week and . I used to tell people I fall."

"I had never seen a lacrosse ball. Didn’t realize It was so bouncy and heavy. Threw it at the ground at my feet. It bounced up and hit me right in the nostrils. Blood everywhere and a new found respect for the bouncy ball of death."

"I was making caramel by melting sugar in a pan. As it was cooling down I was wondered if it solidified already so I poked it with my finger.

Second degree burns are not fun"

"I broke my foot while putting on pants."

"My brother had a turtle. He would take it out of its pen from time to time and let it roam the yard. I watched it chomp on some grass.

I picked it up and was feeding it grass, amazed at how clean it chopped the grass. So I stuck my finger in its mouth.

Turn out it hurts really bad. I didn’t want to hurt the guy so I had to suffer through it until he let go. He pulled his head into his shell so I couldn’t pull my finger out. 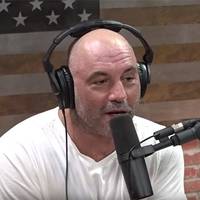 Renny 6 month s ago
I dislocated my shoulder by sitting in the car, driver seat, in a parking spot and reached back to grab something.

Most painful thing in my life, i'd rather break my arm twice than to dislocate it again.

Also, i was kinda trapped there, somewhere between driver seat and backseat, for about 15 Minutes. Took some time to get my phone out of my pocket while screaming to tears, took some time until my GF came to help.

A few minutes later, in the hospital, i learned that the move seen in films to relocate the shoulder, isn't something a good doc would do and i needed surgery.

I'm still careful if i want to grab something from the backseat.
Reply