"When I was very young, I was told all dogs had very good hearing so whenever I saw one in public, I would whisper how good they are."

"In high school, I started a Compliments page for my school on Facebook. People would write in compliments about each other and I’d post them anonymously. I was deeply depressed and wanted to make a positive impact in my community when I felt really powerless. I never told anyone who was behind it, but knowing the kindness people showed their friends and classmates was really special and solidified my faith in humanity when I was at a real low point in my life."

"My step dad died in January. June 23rd would have been their 20th wedding anniversary. She has been so down since his passing. Also knowing the things he did to “prep” before he became bed bound. (Taking her car and having it serviced and brand new tires, filling the cabinet with the hard to find sort of expensive dog treats, etc).

I had a big BIG floral arrangement sent to her on their anniversary day. Signing the card “I’m always with you.” And threatened the floral shop with life and limb to NOT tell who came in and paid for it. She was so happy.. she thinks he thought of if and really it was me. I’ll never tell."

"I’m the person secretly sending the flowers the elderly ladies at the nursing home once a month. They deserve it and are the sweetest things."

"I like paying the checks anonymously for couples dining out."

"I hooked up my friend with his crush without both of them knowing. They are going now 3 years strong."

"I keep a list of things that I observe people I love enjoying or wanting so I know what to get them for Christmas/birthday presents."

"My dad always retells stories and a few sentences in he’ll ask “have I told you this before?” I always say no because I love hearing him tell stories, and he loves telling them. Even when I’ve heard it so much that I have it memorized."

"Every year my school did thing thing where you could by someone a chocolate rose on valentines day and choose to remain anonymous . They were like 10 dollars and really crummy. But every year I’d save what I could and buy the people I thought were least likely to get one a rose so they had a good day."

"I’m in the process of designing my girlfriend’s engagement ring so that I can propose to her this fall. She has no idea I’ve been talking to a silversmith, and I can’t wait to ask her to be my wife."

"I live in a village that is like 80% old people meaning they can’t walk up to the church and see their loved ones graves very often. Once a month I go into the graveyard and clean all the graves and make sure they have fresh flowers on them and they look nice. I got caught once by an elderly lady who has since died – I take extra time on hers because she was just so sweet."

"In our house we have a safe. In the safe there is a envelope of our online accounts and PW in case one of us dies. One of the notes is instructions to an email account my wife doesn’t know. If she accesses the account, she’ll find hundreds of love letters (or love emails) to her."

"I have more videos of my friends laughing and just being generally happy saved than I have of anything else."

"I put together a surprise Christmas for my sister, her husband, and their five kids about a decade ago after finding out they didn’t have any money for presents due to emergency expenses.

Dropped off family presents for the twelve days prior to the holiday (coats one night, a big dinner one nights, hot chocolate kits, etc) and once my (then) husband’s ridiculously rich family found out what I was doing, they joined the cause. By Christmas Eve we had about $4k in presents ranging from clothes, to toys, to Home Depot gift cards to drop off. Hired a Santa lookalike to ring the doorbell at 10pm and drop the toys off for us. He also ended up giving them $500 of his own money.

She still has no idea who was behind it to this day, and I hope she never finds out. She and her now-grown kids still talk about “the magic Christmas Santa visited us”" 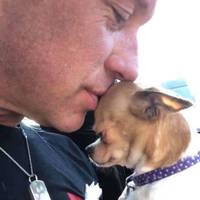 Syl 1 weeks ago
Many years ago, when my then-teenaged sister had her first job, she was super-excited to go Christmas shopping with her own money for the first time. I took her to the mall and when we got inside she realized with horror that she had left her wallet sitting on top of my car. We raced back out but it was gone, of course. She was devastated, but tearfully refused my offer of loan. The next day I took fifteen $20 bills, put them in a card, had a co-worker sign it from Secret Santa (she would recognise my handwriting), and mail it from his own town so that she wouldn't see a familiar postmark. She was astonished when it arrived, and accused me of the deed...which I vehemently denied. That was an awesome, magical Christmas and after 40 years she still doesn't know...and she never will!
Reply