“And somehow, despite all her sadness and heartbreak, she poured enough love into me so that I could heal” 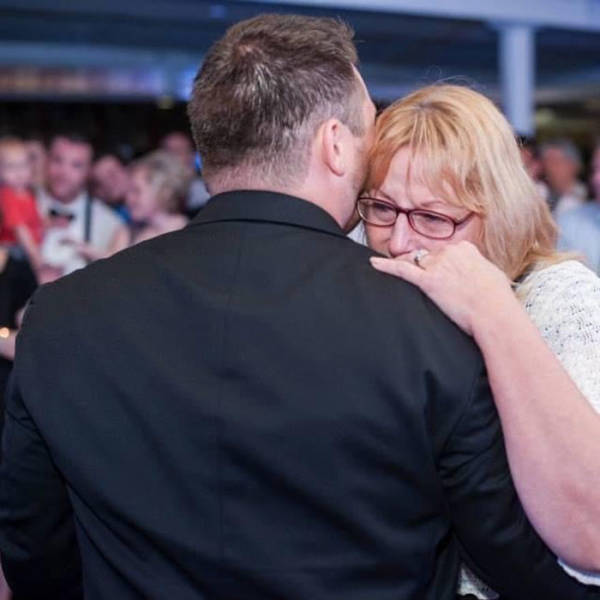 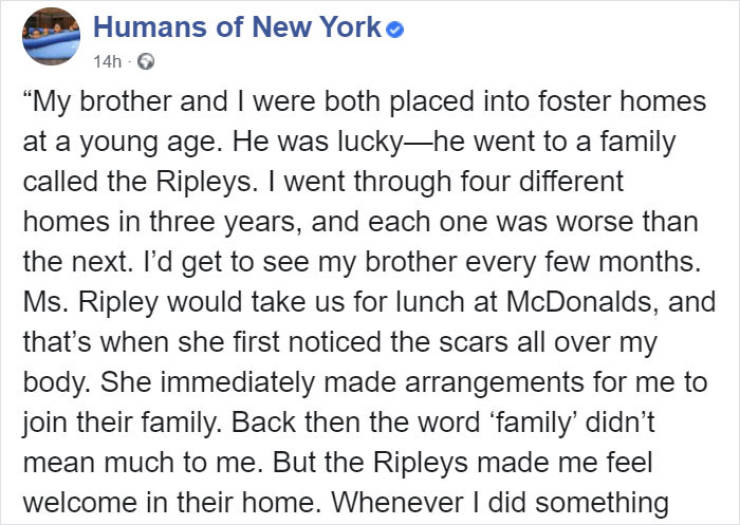 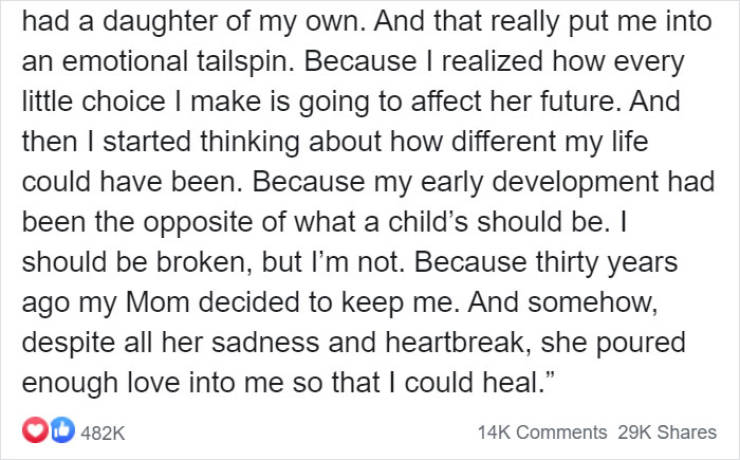 “But the Ripleys made me feel welcome in their home” 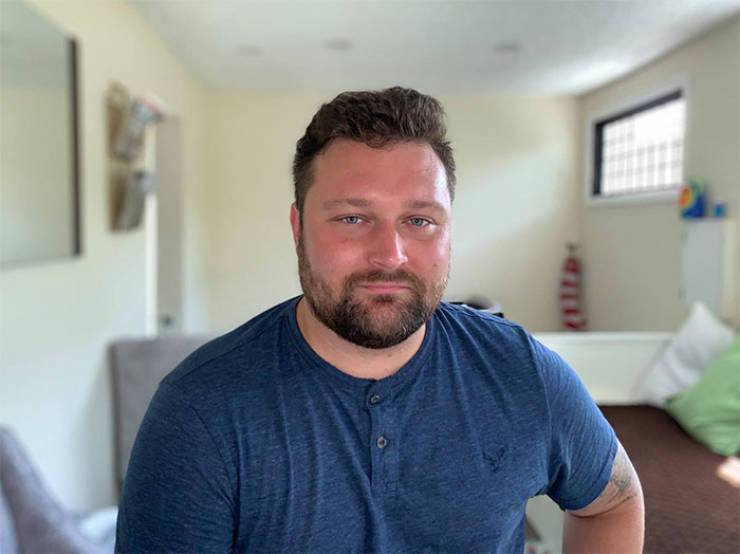 This man and his brother became foster kids at a young age. Though the man notes that his brother was a lot luckier—he went to a family called the Ripleys. Meanwhile, the other brother “went through four different homes in three years, and each one was worse than the next.” The Ripleys from time to time would take both brothers out for lunch. One of these times, Ms. Ripley noticed that the boy had scars all over his body.

“You’re not going anywhere. Because you belong to us now”

After that, she immediately made arrangements for the boy to join their family as well. “But the Ripleys made me feel welcome in their home,” the man writes in his post. Whenever he did something wrong, the foster mom would explain to him why it wasn’t ok and would add: “you’re not going anywhere. Because you belong to us now.”

“But instead she took us to court and made it permanent” 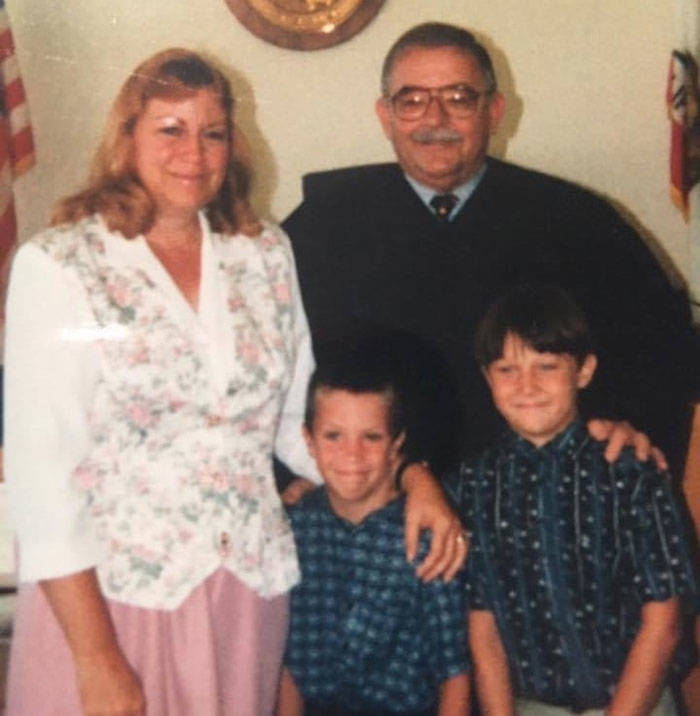 Unfortunately, shortly after the boy became a part of the family, Mrs. Ripley was diagnosed with cancer. And later, he passed away. Ms. Ripley was absolutely devastated. Besides, now she was left alone with two foster kids to take care of. And now she was alone with two foster kids. “Nobody would have blamed her for taking us back,” the man wrote. But that wasn’t what she did. The woman decided to finally adopt the boys.

“She must have been super stressed, but that’s not at all what I remember” 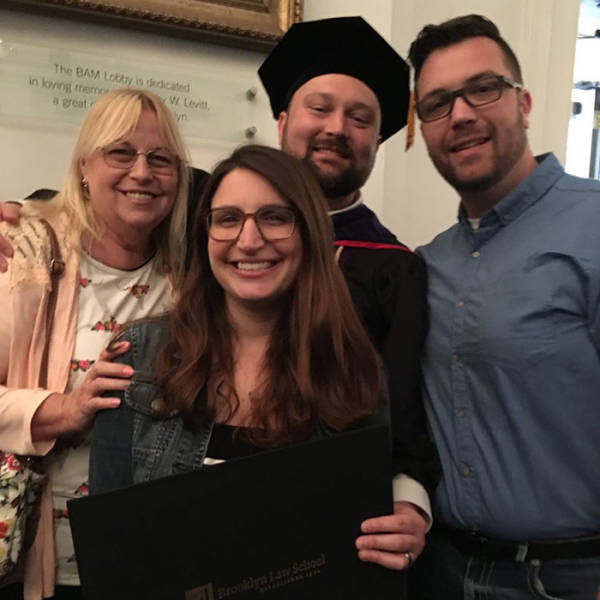 After that, they moved to a single-wide trailer in Mississippi, and that’s where the woman raised her boys. “She worked whatever odd jobs she could find. We never had much, but we went to movies. We had family game nights. She kept us busy with little league and Boy Scouts,” the man writes.

“She cried when I joined the Marines, but she knew it was my best chance for a college education” 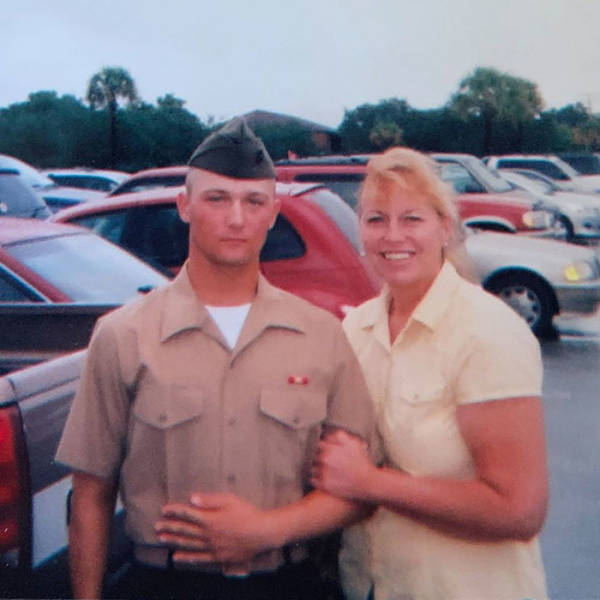 Ms. Ripley would always find the time to remind the boys that they are strong, smart and handsome. Last year this man had a daughter of his own and that made him think of his foster mom and realize that every choice he’s making is going to affect her future.

“I should be broken, but I’m not. Because thirty years ago my Mom decided to keep me” 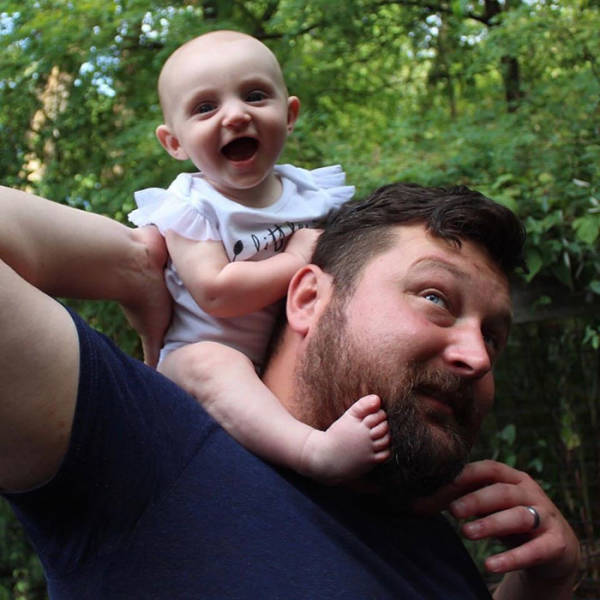 And then he started thinking about his own childhood and how different it could have been if he hadn’t been adopted by this wonderful woman. The man ended his story by saying this: “And somehow, despite all her sadness and heartbreak, she poured enough love into me so that I could heal.”

Here’s what people had to say about this story

Roberta 8 month s ago
worked with fosters. A person whos been adopted should never adopt.. those kids are such a effin disaster
Reply
1 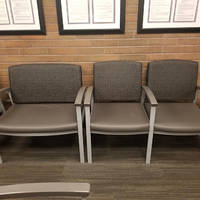 Issy 8 month s ago
So glad you found your forever home. Blood does not make you family. Congratulations and thank you for sharing your story! I also am a chosen child and I love my father very much. May God Bless you forever and may He give you the love all His children deserve!
Reply