This last remaining Blockbuster in Bend, Oregon is now available for rent on Airbnb for a limited time 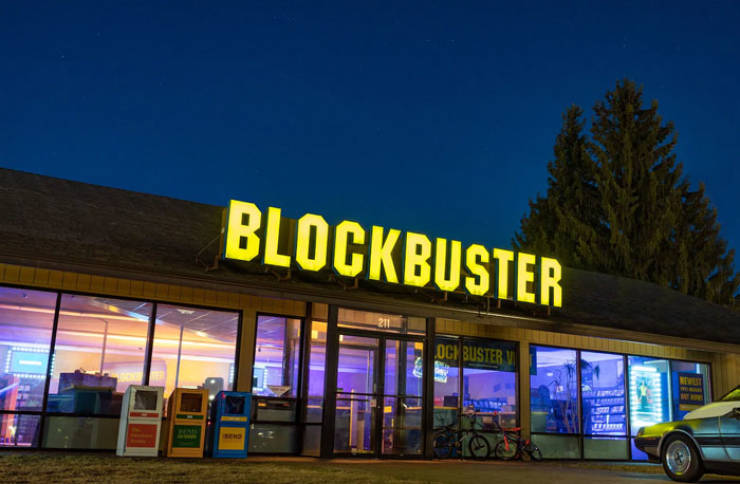 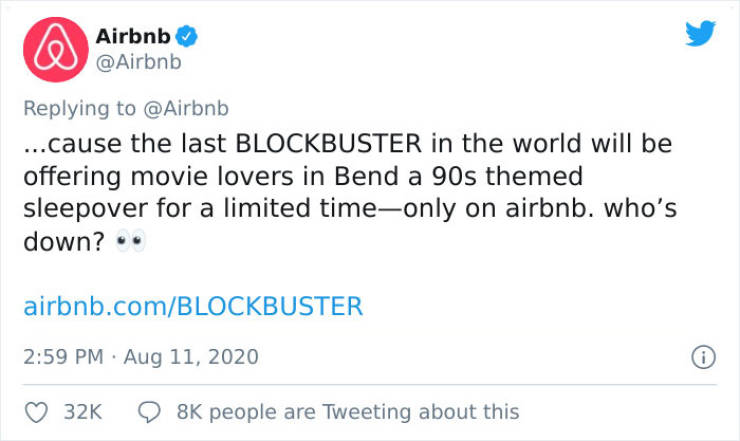 The store is transformed into a ’90s living room with a pull-out couch, plush bean bags, VHS tapes, and video games 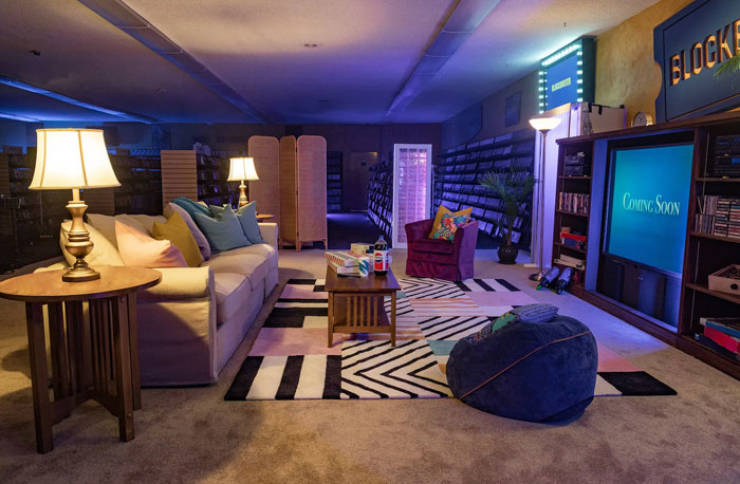 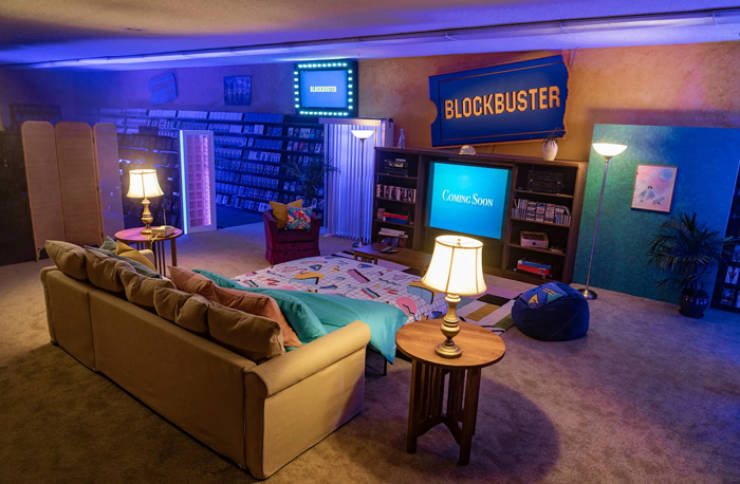 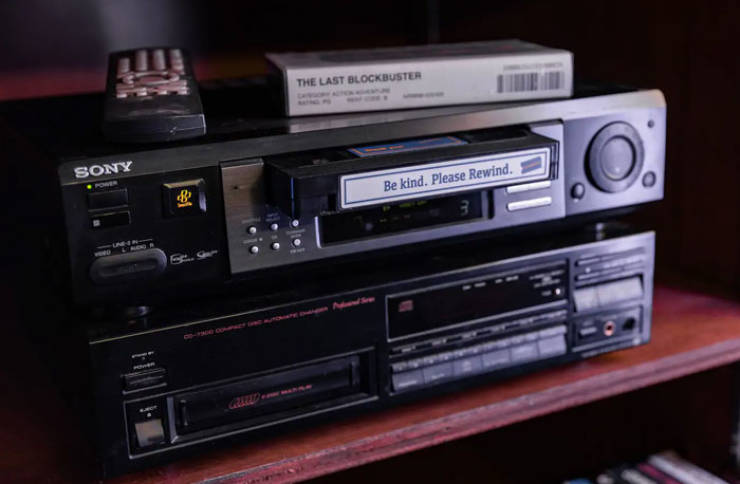 The place is stocked with classic movie theater snacks, like Doritos in their original ’90s packaging 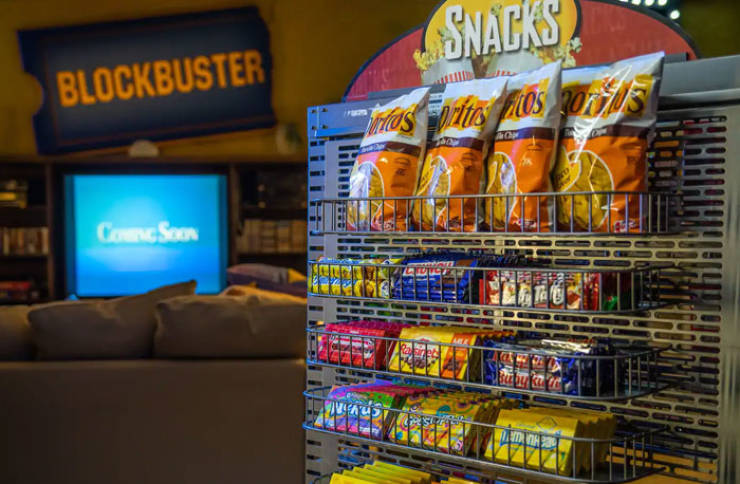 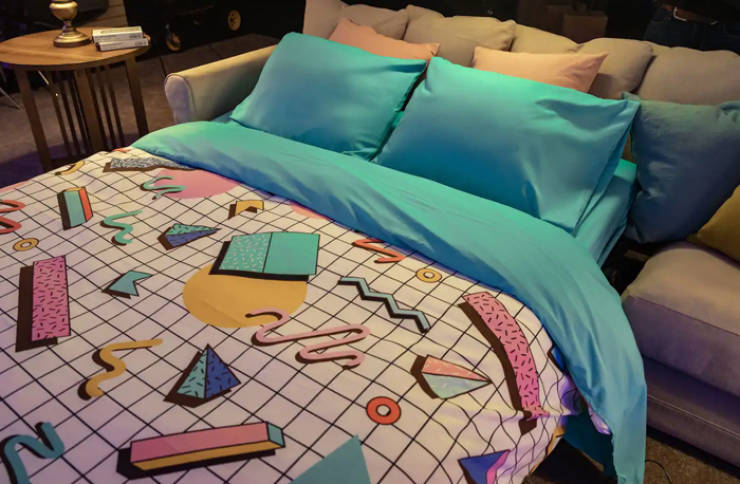 After the last Blockbusters closed in Australia and Alaska about a year ago, Bend Blockbuster in Oregon is the only store of its kind that remains open in the entire world.

Kevin Daymude, a Blockbuster manager in Alaska prior to the stores’ closure in the state, said that Blockbusters are simply no longer relevant like they used to be.

“Let’s be real, you have Netflix, you have Redbox,” he commented. The former manager added: “The economy is tough right now, so people are still renting—but they aren’t renting as much.”

The classic sleepover arrangement for a nostalgic movie all nighter 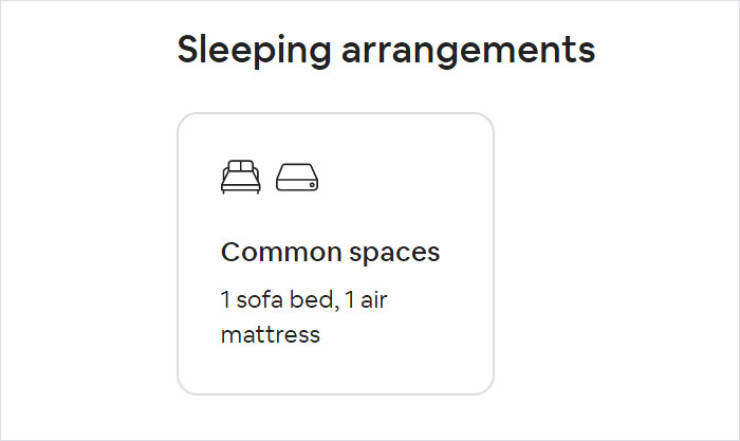 And this is what else you can expect, according to the listing’s description 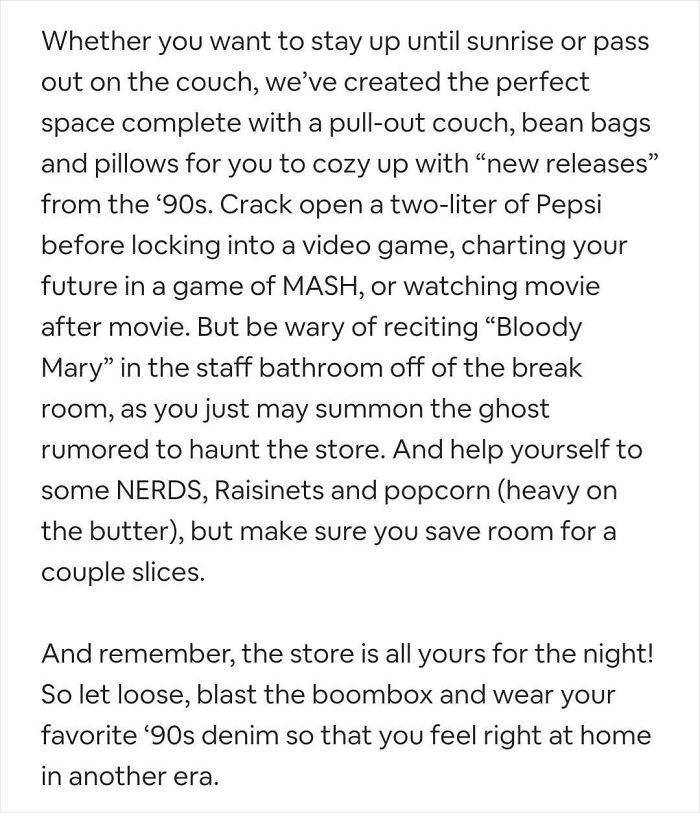 Meanwhile, the Bend store managed to outlast thanks to loyal customers and nostalgic tourists flocking to the venue to get that ‘90s fix. Bend Blockbuster officially became a franchise in June 2000.

According to the description on its website, it marked the “the beginning of our Blockbuster Story. How a small business, through stubborn determination and a bit of pure luck, has been able to operate in the chaos of an ever-changing home video world.” 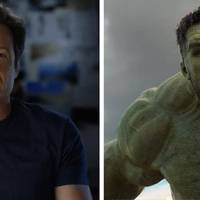 Beedy 6 month s ago
Someone should open a Hollywood video one too. You know if you can't get it at Blockbuster that's normally where you'd end up going in my town. They didn't have cases like Blockbuster, their movies came in questionably clean clear plastic sleeves.
Reply
X
>
1/1
<