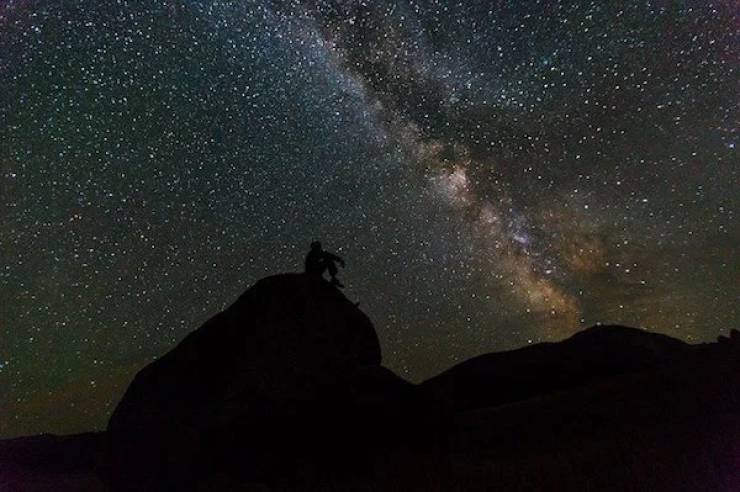 "In a 5th-grade science test the question was, “Are there any stars in the solar system.”

I went up afterward and said, “What about the Sun?”

He said, he meant that all the other stars are not in our solar system and kept it marked wrong.

Although I am harboring this for 50 years now, he was all-around one of the best teachers I ever had and just passed away a week or so ago.

But damn, that should have been marked “right”."

"That my 6th-grade teacher refused to believe I had no idea the dude sitting behind me was copying my answers on the test."

"When I was in high school, I was occasionally allowed to drive my family’s third car. It had a slow leak in one of the tires, so we were all supposed to check the pressure and put air in it if we needed to.

I picked up a friend to go to a movie, and when we came out one tire was completely flat. It wasn’t the one with the leak, so I put the spare on and drove home.

I got absolute hell from my parents about it. How irresponsible I was to not check it, I’d have to pay for the repair, why didn’t I call roadside assistance, etc.

Took it to get fixed, repeat the whole lecture as we’re dropping it off, and the tech who did it called my mom and told her he’d found a nail in the tire and there was no way I could have seen it coming.

She refused to apologize and I still had to pay for it."

"Me and some others in primary school were saying the biggest numbers we knew of. Everybody was saying like 100 thousand and a million and then I’m like “a trillion”. And they refused to believe it was a real number." 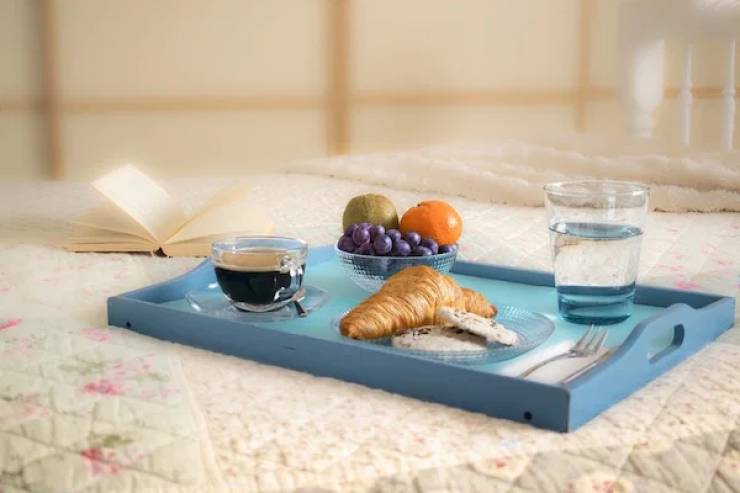 "I was probably 5 years old visiting my mom at the hospital after she gave birth to my brother and she was given food on a tray which she didn’t want so she gave it to me. I put the tray on the table and as I was eating, the nurse takes the tray away from me and throws away the food. That may have my first true instance of anger in my life.

"In fourth grade English class (EU) I’ve used the word “gross” in a random sentence we had to write. The teacher argued that it isn’t a real word, I said that it is, that I saw it a few times in video games and movies and she said that they aren’t a reliable source. I said to her that I’m gonna show it in the dictionary, but she instead grabbed me by the arm and took me out of the classroom and locked the door.

To this day I am still fuming about this. And then she had the nerve to be all chummy when I met her once in a supermarket. Gross"

"When I was a freshman in college my mom gave my car to my jailbird brother (every time he got out she’d scrape a bunch of stuff together for his “fresh start”) without ever running it by me. He showed up to my school, changed the battery for me, and then drove away in it. He didn’t tell me his intentions beforehand so it wasn’t until then that I caught on.

As he drove off I called my mom and she just said “I’ll help you with a new one.” He moved out of state with that car, wrecked it within weeks, and has since gone back to jail multiple times. Neither of them have given me a sincere apology to this day."

"I found a bongo next to the trash at my old apartment and it was a perfect time capsule of the 90’s. it had grateful dead stickers, a smiley face holographic sticker, a pot leaf sticker, and alien. i’m telling you if someone made this as a prop for a movie about the 90’s, I would have told them that it’s too on the nose.

When I came home from work the first thing my GFs friend said was “You’re welcome” and I was like “What?”. She had peeled off ALL of the vintage stickers and now it was just a boring trash bongo. I’m still mad. Don’t touch my [email protected]#t!"

"The fact that I spelled “mayonnaise” correctly in my fourth-grade class spelling bee, but the teacher claimed I didn’t and dismissed me. I had won in the third grade, and proceeded to win in the fifth and sixth grades as well.

The unfair disqualification in fourth grade ruined what would have been a four-year streak." 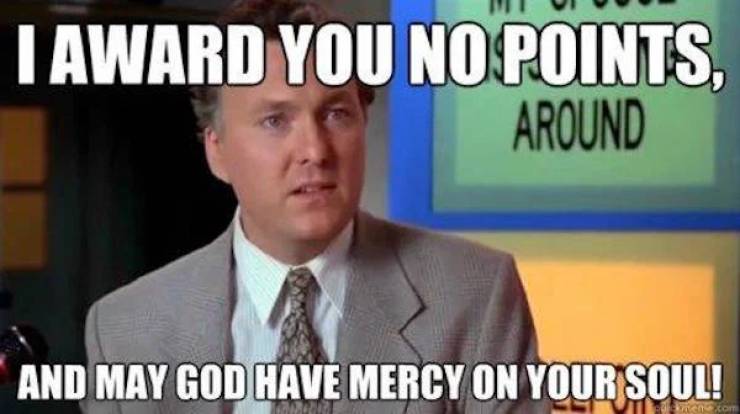 "Coming second in a school trivia competition 21 years ago. I had the correct answers on 2 questions that would have sent us to the national champs and was vetoed by the other 3 [email protected]#theads on my team."

"I was at a house party in college and we had to take off our shoes. Some b#tch walked home in my leather knee-high boots and I’ve never gotten over it."

"I’ve mentioned this before, but when I was about eight or nine, we had a big project in school which ended with us writing a story. I spent [email protected]#kin’ hours on this thing. It was going to be the best book ever. It was only a matter of time before it was snapped up by some publisher and then it would be the talk of the Scholastic Book Fair, no doubt in my mind. It absolutely had to be in by the time school finished for Christmas, so my teacher could mark it over the break, so I stayed up until about ten o’clock at night for about a week beforehand working on it — which, you know, is the closest thing you get to an all-nighter when you’re about nine. It was my Magnum Opus.

I got back to school in January to find that a) she had lost it, b) she was accusing me of not handing it in, and c) because mine was the only one she couldn’t find, she decided to call me out in front of the class about it. I ended up locking myself in the toilet because I was crying so much. Worst still, it later transpired that when it ‘turned up after all’, she marked it as though it was handed in late, and the b#tch still only gave me a middling grade.

"In elementary school, there was a pencil machine in the front lobby where you could get pencils for 25 cents. There were also “special” pencils that had stars on them. If you got one of these special pencils, you could take it into the office and get a prize.

One day, I decided to get a pencil. I put in my quarter and out popped TWO pencils. And one of them was a special pencil! I went into the office and told the lady at the desk that the machine gave me two pencils and one of them was special. She proceeded to say that the machine shouldn’t do that, took the special pencil, and didn’t give me a prize. That was 19 years ago and I’m still pissed."

"It was the 3rd grade. I said a joke. Made the “popular” kid laugh really hard but only he heard it. Made me feel great. Then he repeated the joke louder and literally the entire class AND the teacher laughed. 3rd grade me was so mad.

EDIT: A lot of people are asking what the joke was. I think the teacher was talking about how there was a bunch of “Caesars” like Caesar Augustus, Julius Caesar. And I said “And Caesar Salad…” ok yeah it was lame but I was proud of myself for coming up with it. My delivery was perfect even. The popular kid was like, “oh! And… and… Caesar Salad!” And that’s when the laughing commenced."

"I worked at McDonald’s in high school. I trained maybe half a dozen other people who started there after I did and was never promoted to crew trainer for that sweet $0.15 an hour raise.

I wouldn’t really be salty about it if they hadn’t promoted TWO people I trained to crew trainer, and one of them again to manager."

"When I was 10, I (the goody-two-shoes nerd) was sat in the back of the bus, next to the class trouble-maker, because we had assigned seats (thanks to him). He took apart someone’s science fair project that was being kept back there, and threw a piece out the window.

When someone tattled on him, he blamed it on me, and since the teacher couldn’t prove one way or another, they just punished both of us, despite 15 kids coming to my defense. [email protected]#k schools and their “fairness” in discipline."

"A friend told me that they only hang out with me when all of their other options run dry." 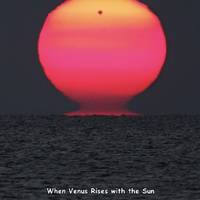 Roxanna 6 month s ago
When the 'Superman' movie came out back in 1978, an interview with actor Christopher Reeve contained a typo.
It stated that he had 27-inch biceps. (They were 17-inch.)
The magazine published the correction the following week.
A gym-buddy of mine would not let it go.
From that point onward (and for years afterwards) he'd derisively refer to Christopher Reeve as 'Mr. 27-inch biceps.'
When CR passed away in 2004 I can imagine my buddy saying 'Gee. How did they fit him in his coffin......with his 27-inch biceps.....'
Reply
0 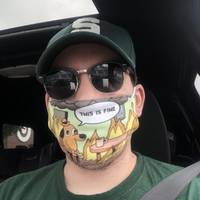