Cat Gets Treated With Turmeric Against Fungal Infection, Turns Into Pikachu! (14 PICS)

This poor cat had a fungal infection 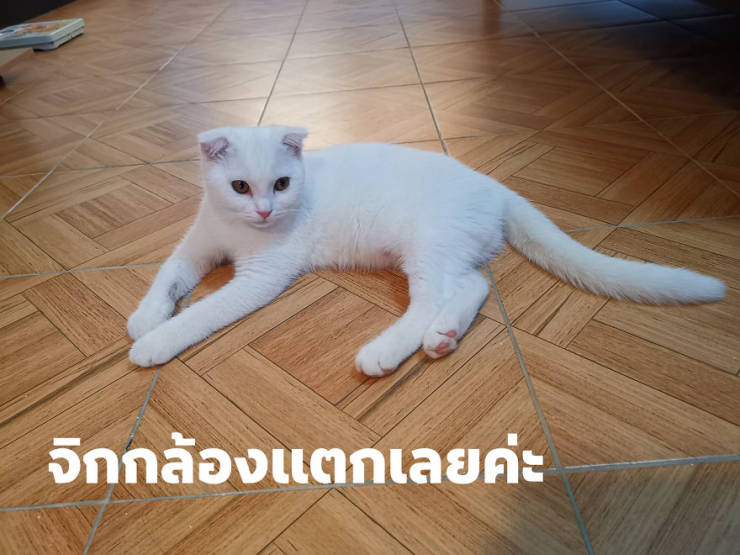 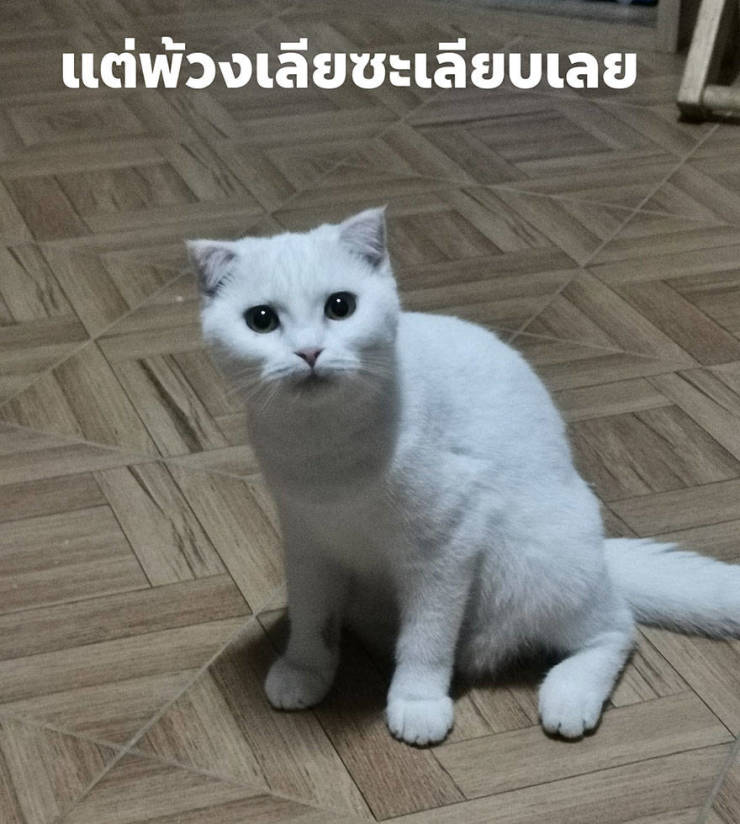 So her owner applied a turmeric scrub to cure it 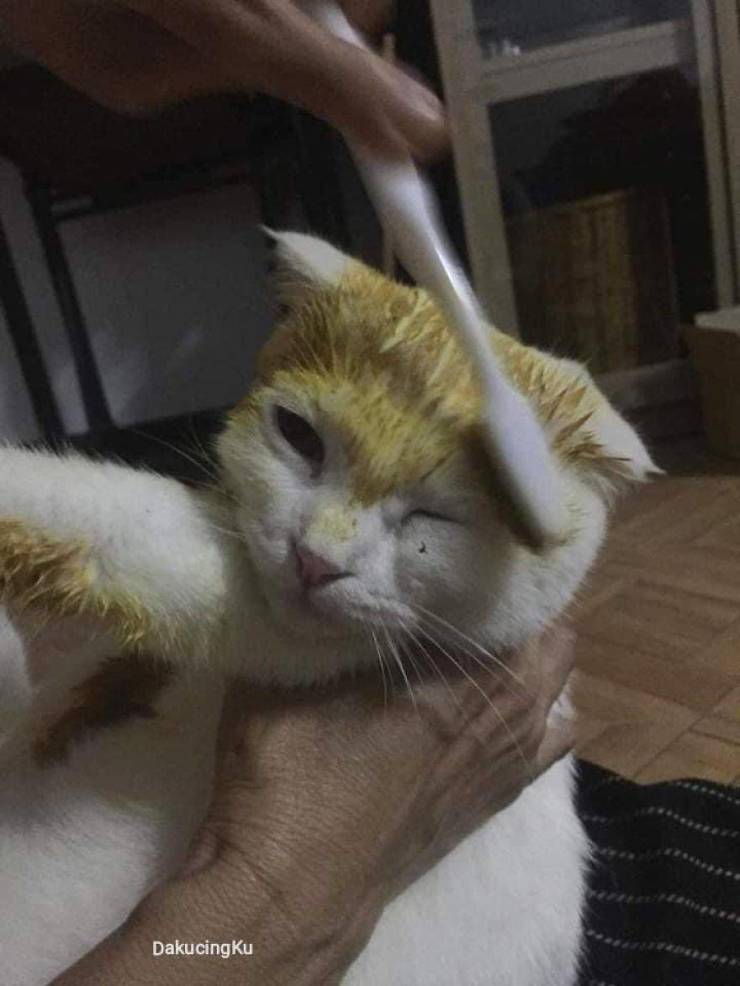 Supamas was worried about her cat’s infection so she asked her mother for advice. She suggested applying turmeric—an Indian spice and medicinal herb used to treat infections. “My cat Ka-Pwong had ringworm, we did everything to cure it, but nothing worked. That was when my mother had the idea of using turmeric. At first, she painted it on the ringworm but as there was a lot left, she decided to paint the whole body to prevent future mycoses,” said Supamas. 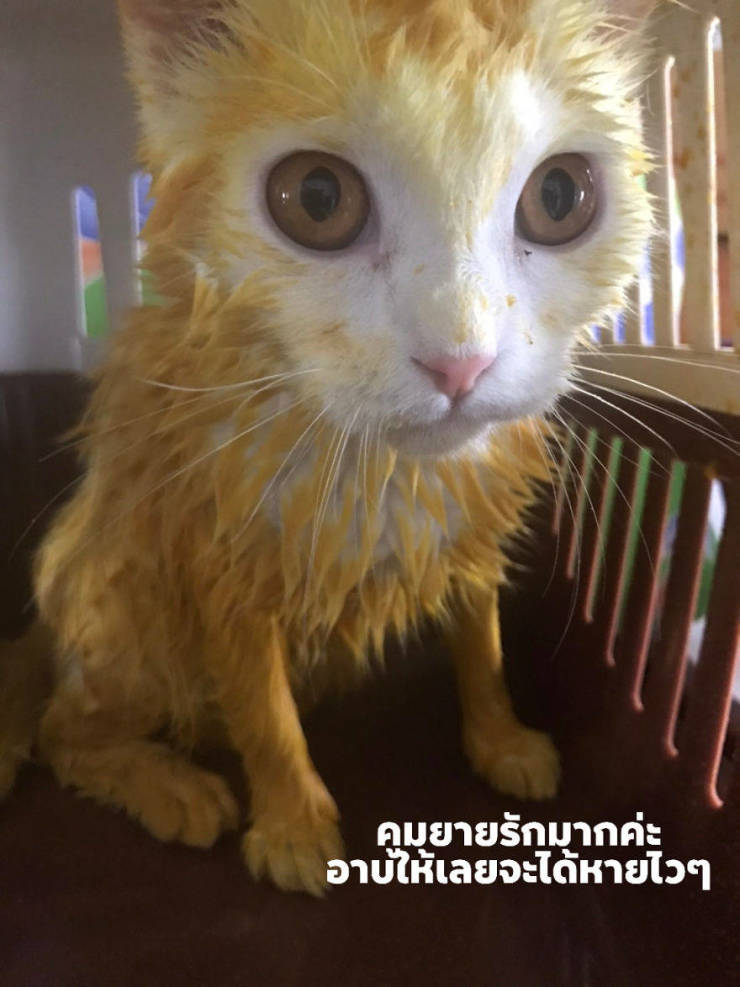 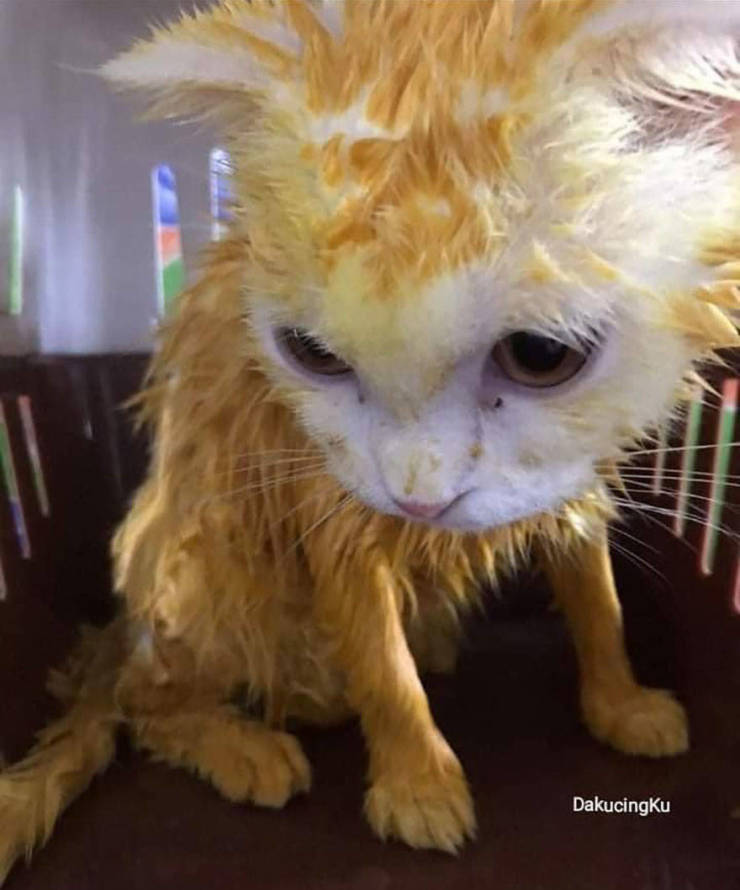 Unfortunately, the turmeric scrub changed the color of her fur but seemed to have worked 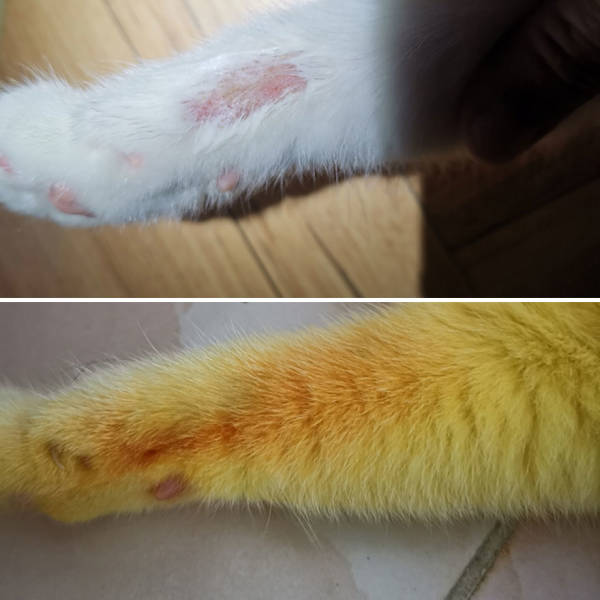 However, once this Indian spice was applied to Ka-Pwong’s distinct white fur, it immediately turned it yellow. Moreover, the problem appeared when it came to washing the distinct color off as it wouldn’t wash off. As her whole body was covered in turmeric to prevent the infection from spreading further, the poor cat turned into a yellow creature. Much like Pikachu from the animated series Pokemon. “My cat may not even know it turns yellow now. Now the cat is cheerful and eats a lot as usual.”

However, the poor cat turned yellow 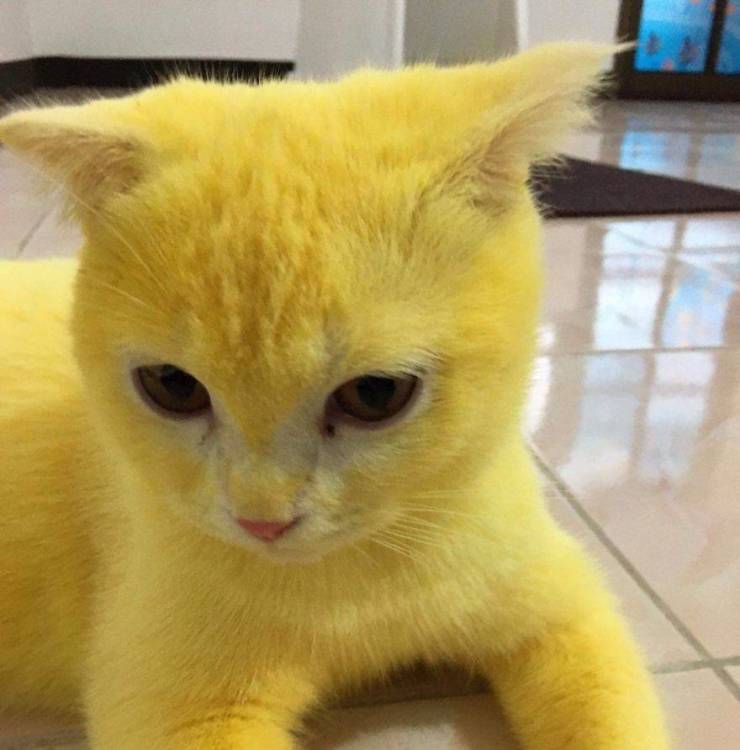 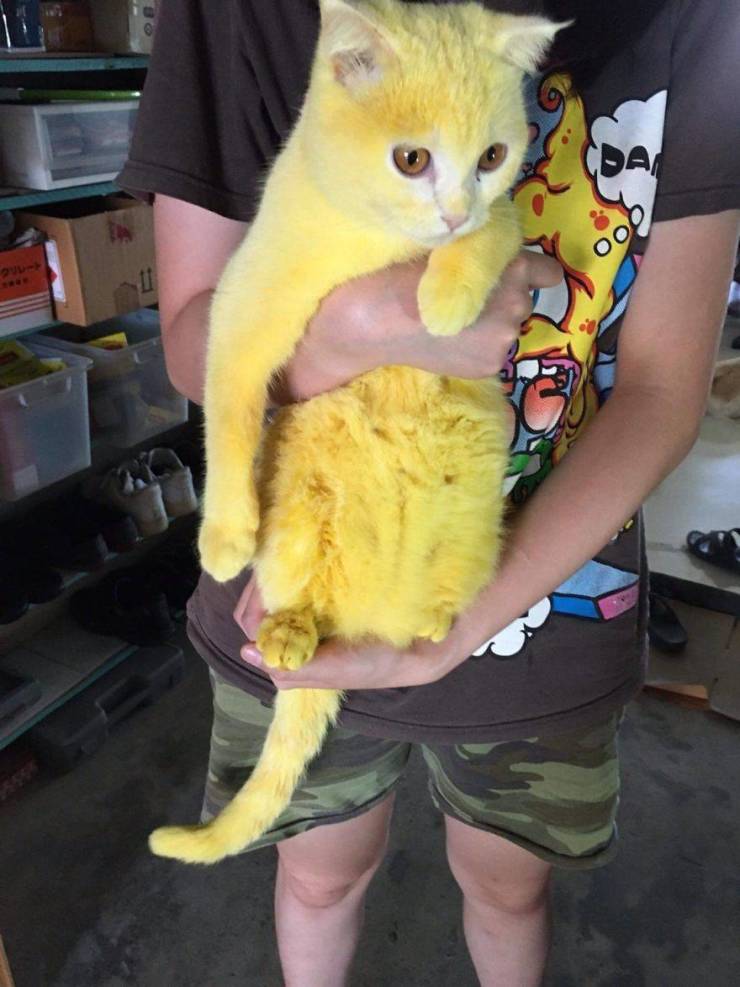 To everyone’s concern, the owner reassured people that the Indian spice helped to cure Ka-Pwong’s infection. It “reduced itching and not licking the wound area.” However, the treatment shouldn’t be repeated without consulting a vet. Supamas says that she hopes that the color will fade away in 3 months and her fur will change. “I hope the fungus is cured, I still have to hope that my cat will turn white as well.” 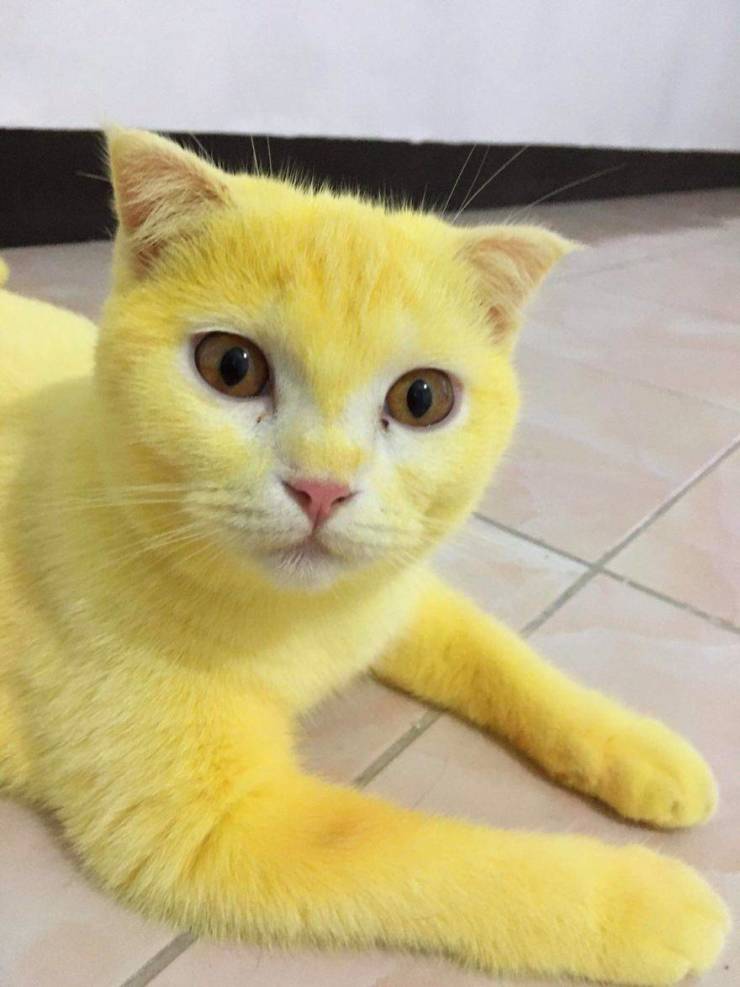 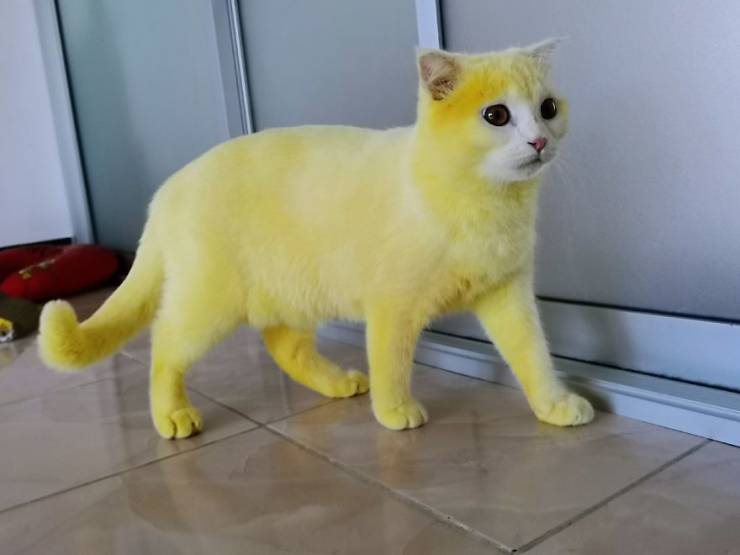 Here’s how she looked before and after the turmeric scrub 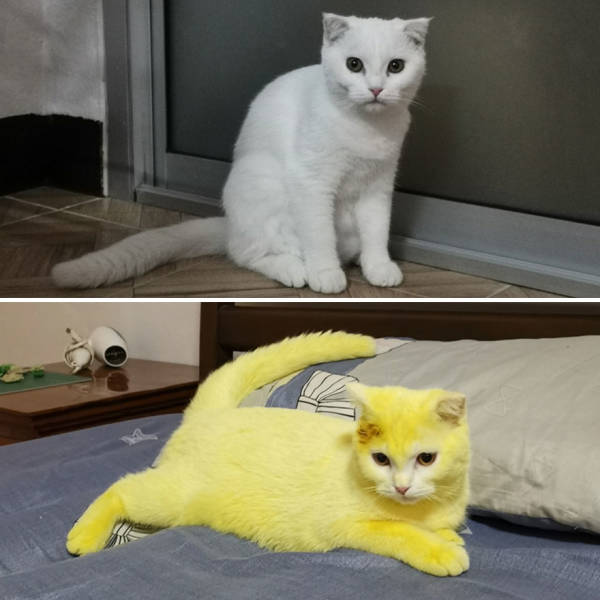 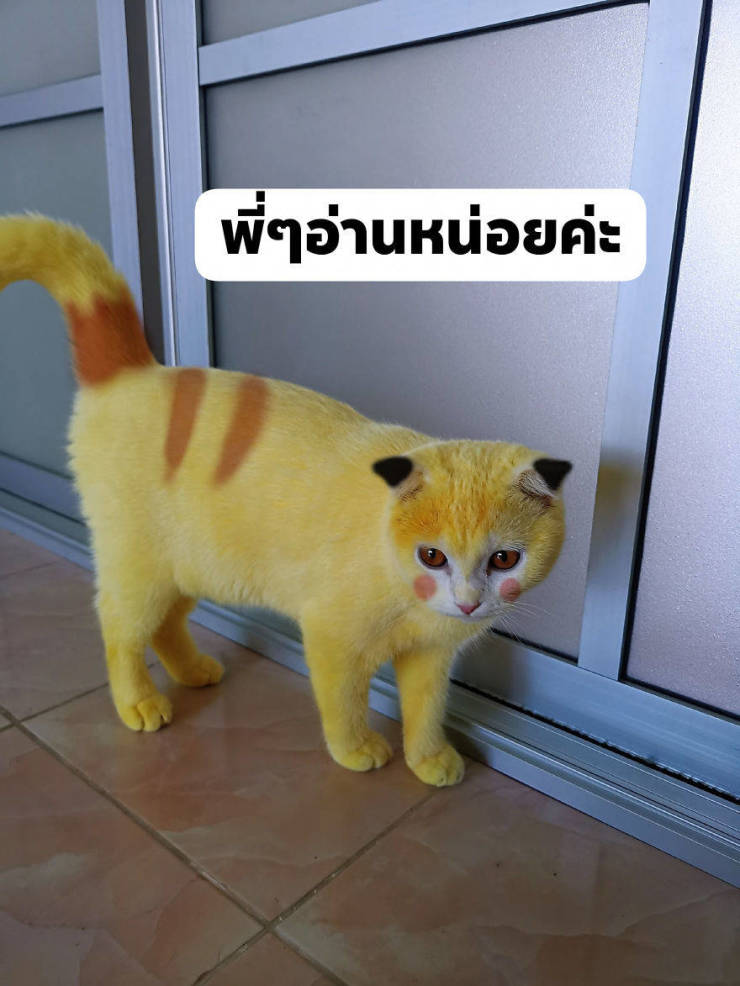 She decided to post the pictures of her accidental mistake and it went viral, gaining thousands of shares, likes, and comments from people around the world. Many found the funny side of the accident and agreed that Ka-Pwong looked like Pikachu. Supamas even promptly photoshopped a few graphic features onto her photos to make it look even more similar to the character. 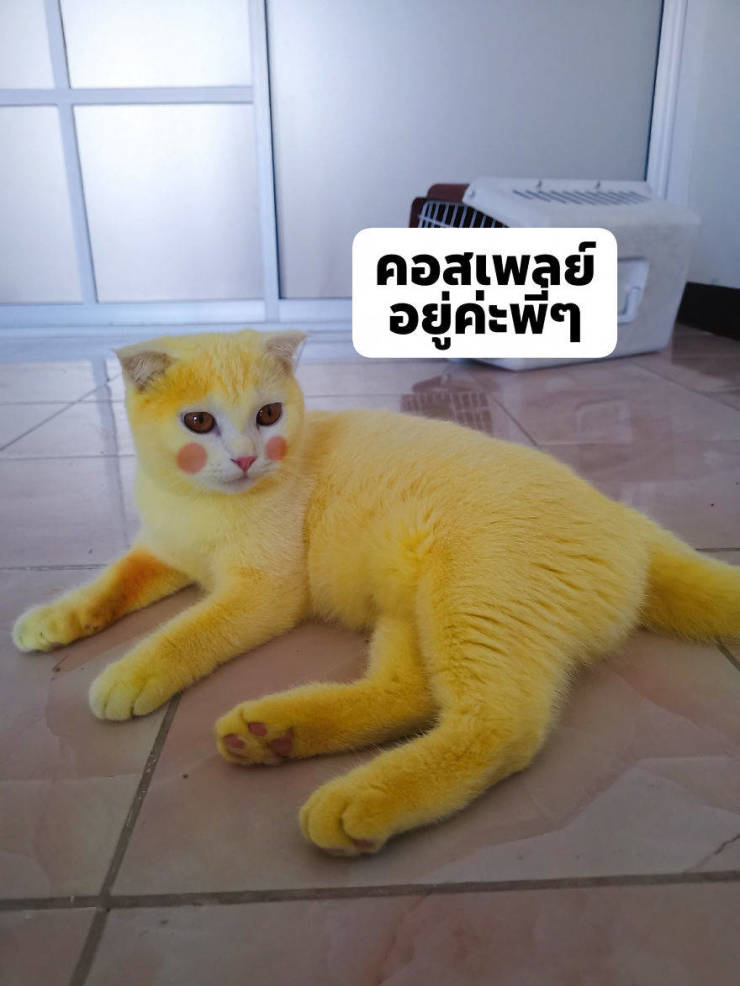 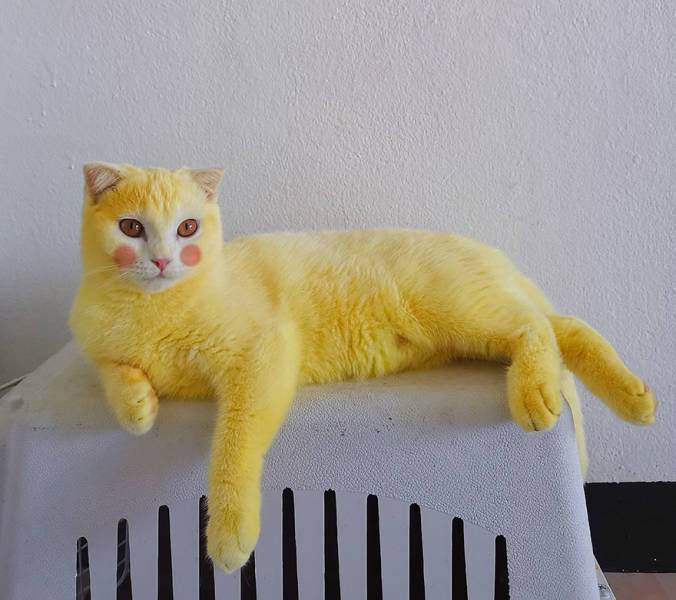 Providence 9 month s ago
as long as it helped him get rid of infection...? colo(u)r won't last forever... cure cat btw