These Are Some Cool-Looking Banknotes! (15 PICS)

In 1996, the Bank of Antarctica was established and they issued Antarctican dollars for several years. You can’t pay for anything with them: Antarctica is not a country and can’t have its own currency. But these dollars could be bought, and the income was supposed to be used for research.

“Demonic” Canadian dollars of the 1950s 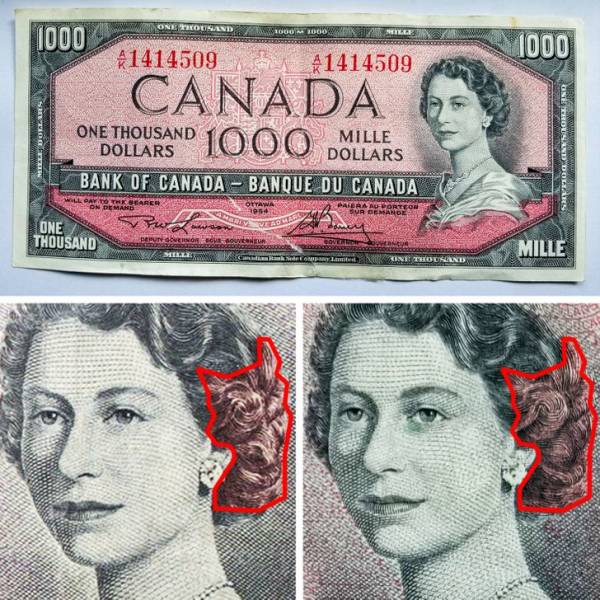 In the 1950s, banknotes with Queen Elizabeth II’s portrait were issued in Canada. In 1954, citizens complained that her hairstyle had a demon’s face in it. The portrait was hastily replaced, but today you can get a hefty sum for these “demonic” bills. 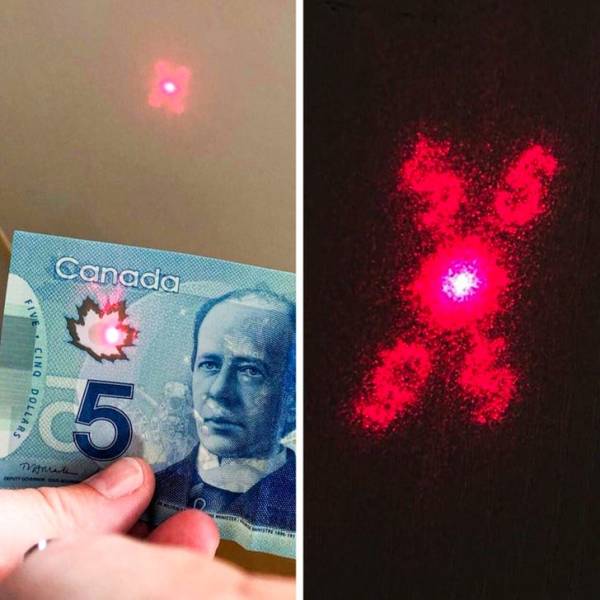 Canadian banknotes can shine. You just need to point a laser through the maple leaf to get the projection of the banknote’s value.

Great Britain has not only pound sterling but Bristol pounds as well. 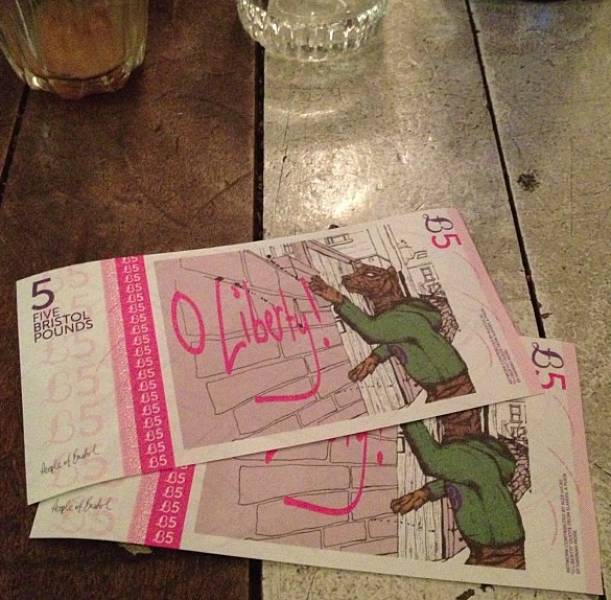 Bristol pounds are issued to support the economy of the region. Usually, they are used by businesses to conduct payments between each other. The Bristol pound rate corresponds to the main currency rate. To minimize the chances of counterfeiting, 8 designs of banknotes were developed, including those that include cyclists and anthropomorphic animals on them. There are some other regional currencies that are in use within the territory of the United Kingdom.

There are 2 sets of paper money in Bosnia and Herzegovina. 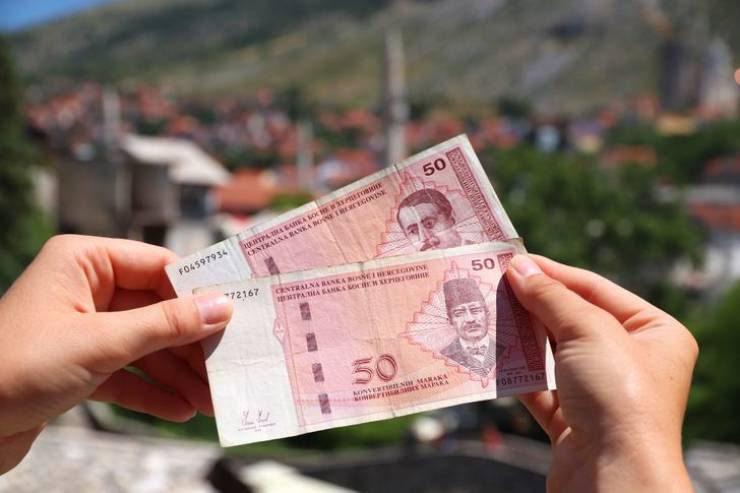 There is an autonomous entity, Republika Srpska, in Bosnia and Herzegovina that has its own design of banknotes. Both types of banknotes have the same value and color scheme but the money depicts portraits of different people. Only the 200 convertible mark notes (this is the name of the national currency) look identical. Some tourists like to collect all variants of banknotes while on vacation here. 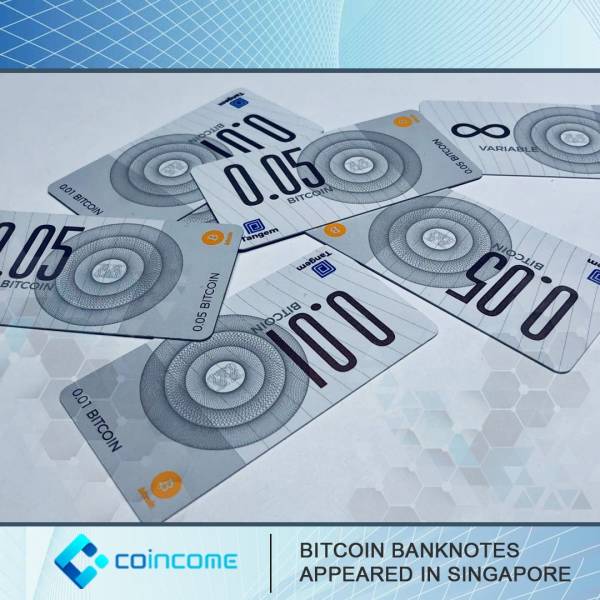 These notes were created by Tangem. This novelty was known as smart banknotes. In general, it’s an uncopiable cold wallet that has a built-in chip. These banknotes are available for purchase now in amounts of 0.01 and 0.05 BTC, and they can be physically given as payment at an outlet.

Northern Ireland has its own currency that’s considered illegal but people still pay with it. Pounds sterling in Northern Ireland have been issued since 1929. This currency is legal , but technically, it’s not considered legal tender anywhere (including Northern Ireland itself). Still, they’re widely accepted. In 2006, the country issued 1 million £5 notes depicting Northern Irish football player , George Best. The entire issue was taken by collectors within hours of becoming available in bank branches.

You could see the Dance of Death and biblical scenes on Swiss francs at one time. 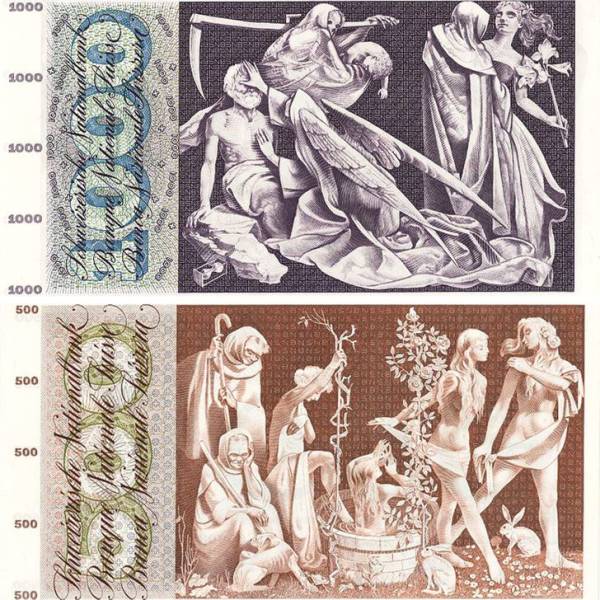 Swiss people have always boasted unusual designs on their banknotes, but they did something outstanding in the 1950s. On those banknotes, they depicted the Dance of Death (Danse Macabre) as the symbol of the universality of death, and the Fountain of Youth, a mythical spring that restores the youth of anyone who drinks or bathes in its waters.

You can see an unfinished painting on Brazilian cruzado. 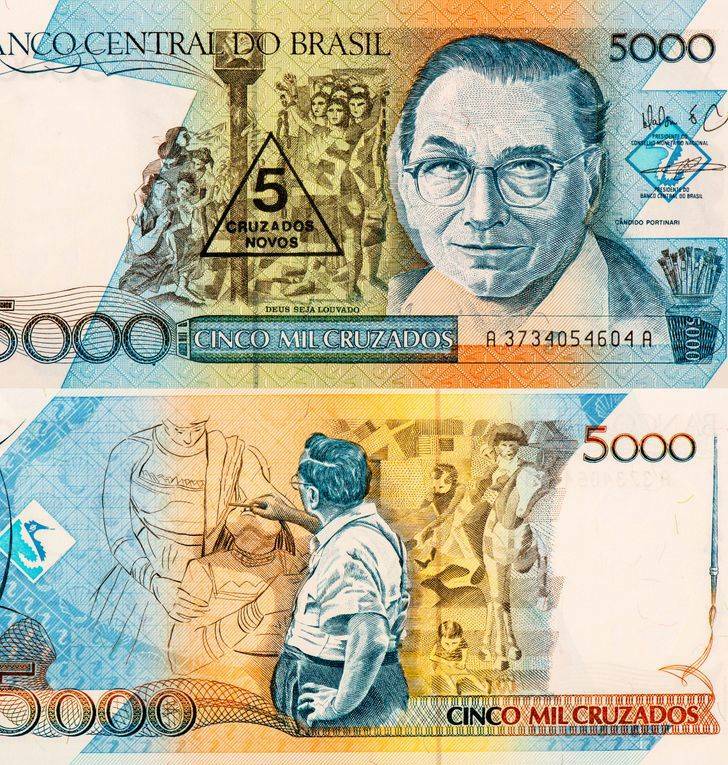 Candido Portinari, a Brazilian artist, is depicted on one side of this banknote. He’s on the other side too, but at work. It’s interesting that there’s only a sketch of his future painting while the right side of the banknote looks unfinished.

They had a 1/2 dollar banknote in the Bahamas. 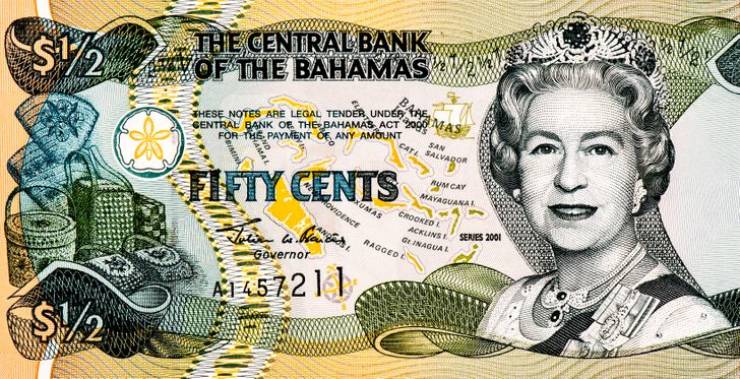 There was nothing special about this banknote, except for its face value. The Bahamas have had their own currency since 1966, and the 50-cent note is still used, though quite rarely . 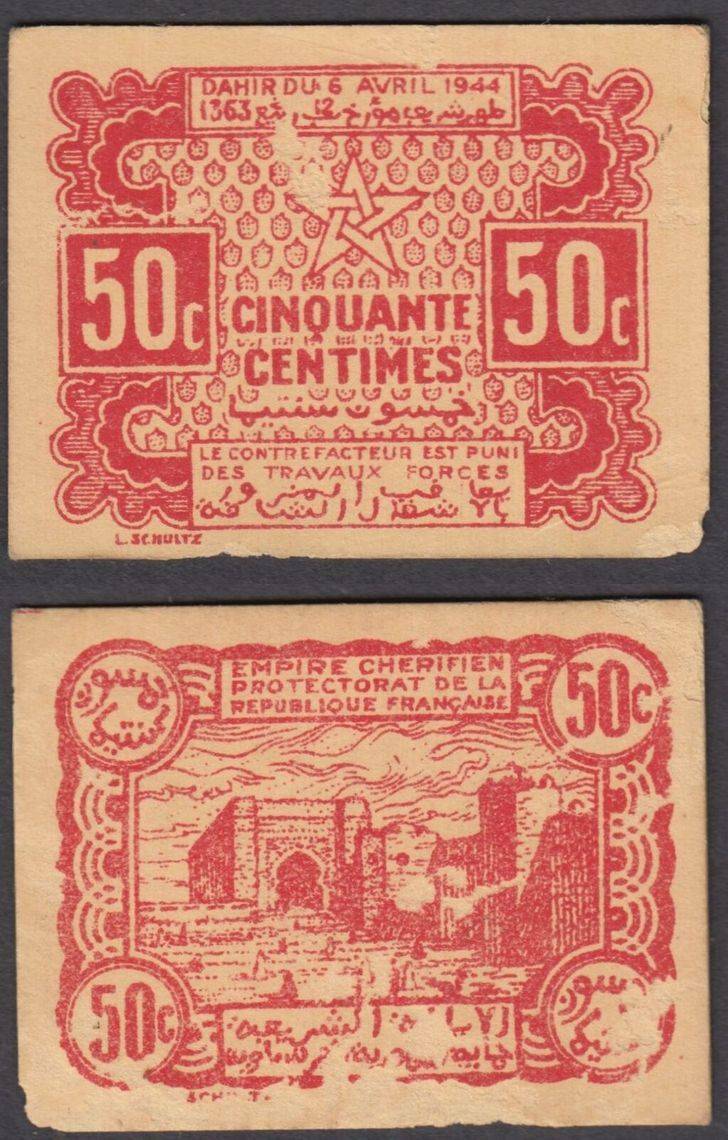 50 Moroccan centimes have been holding the world record for more than 50 years. This small banknote was issued in 1944. It’s slightly bigger than a postage stamp and has a fortress depicted on it.

The biggest banknote in the world was issued in Malaysia. Its size is 8.65 inches x 14.5 inches. 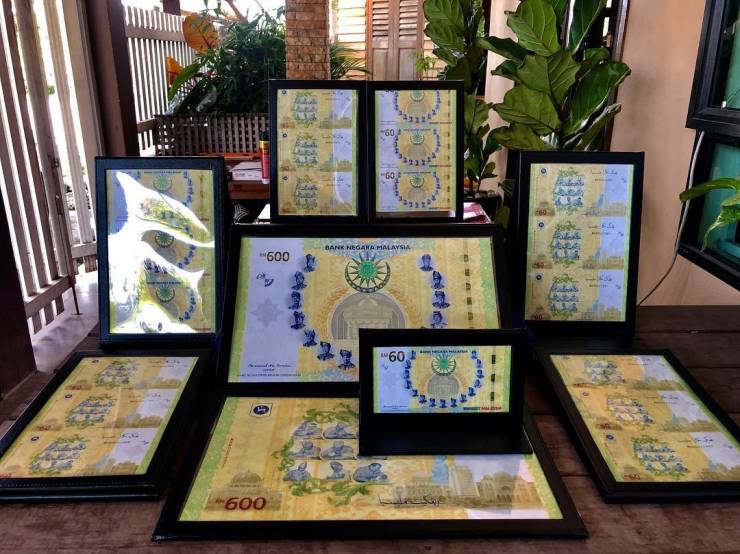 It was issued quite recently, in December 2017, to commemorate the sixtieth anniversary of the signing of the Federation of Malaya Independence Agreement. 9 Malaysian rulers are depicted on it. 600 ringgit is approximately $145.

The money of the Faroe Islands looks like postcards. 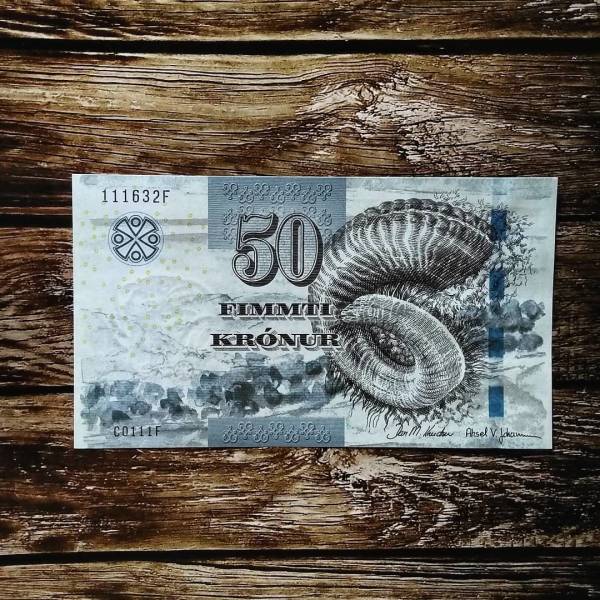 The Faroe Islands is an autonomous territory within the Kingdom of Denmark. Faroese krona, for example, is different from the Danish kind. The banknotes depict watercolor landscapes created by Zacharias Heinesen. One can find a hidden meaning here. The Faroe Islands have a wet climate with an average of 210 rainy or snowy days per year.

There’s a beauty contest among banknotes. Last year, Aruba won the title of “Bank Note of the Year.” 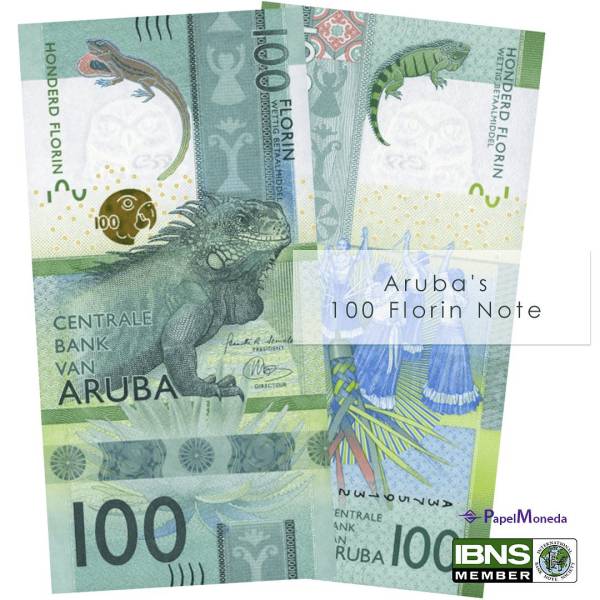 The contest is conducted by the International Bank Note Society . They choose a banknote of the year annually. The 100 Florin note of Aruba won the title in 2019. The new design in emerald green features an iguana on the face and dancing women with ribbons on the green and blue parts on the back. This note is also highly secure thanks to its high-relief printing, color-changing ink, and micro-optics that protect the notes against counterfeit.

Bonus: Faulty banknotes can earn you a good income.
15 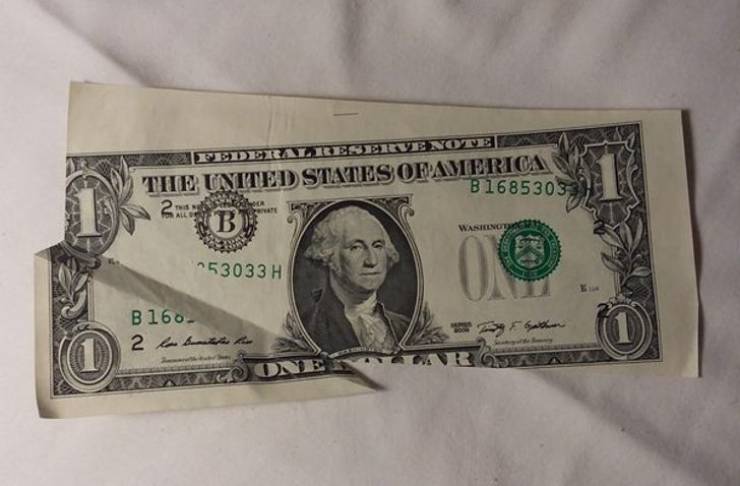 Some money collectors try to get not only rare banknotes but faulty ones as well. A Reddit user posted this photo with the caption : “My mother works at a bank, this came with a stack of bills. I was wondering what it could be worth.” One of the followers replied , “I asked a relative of mine who’s a money collector. He said it could start at $350 and go up to as high as $2,000.” While the other follower said that the price can be slightly lower he added, “I would say $500-$1,000 would be realistic.” 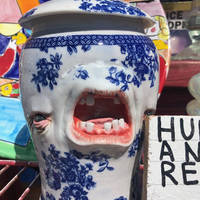