“The Mighty Ducks” Star Shaun Weiss Has Been Sober From Meth For More Than Half A Year, Gets New Teeth As A Gift (21 PICS) 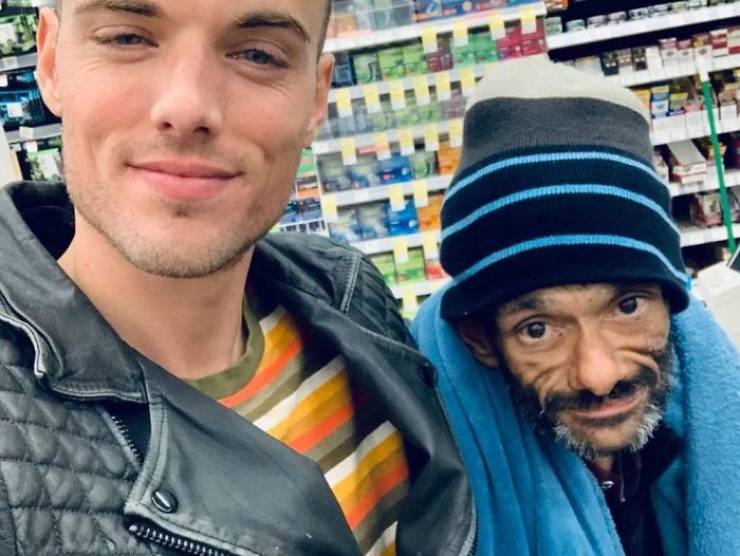 Drew Gallagher, a friend of Weiss, has been helping the former actor get back on his feet. And they’re certainly making progress — Weiss has been sober for over 230 days.

“There’s not a blameless Shaun Weiss here, he is definitely to blame for a lot of stupid s— he does,” Gallagher told People earlier this year. “But if you were to spend any time with him, you would have a drastically more compassionate understanding of what he was about.”

Gallagher said that his buddy needs medical and psychiatric attention. “He’s sick, he’s mentally ill. He’s just sick and everybody gives up on him.”

Gallagher started a GoFundMe to raise money to help Weiss after his arrest. Since its launch in January, the campaign has raised over $16,000.

One of the main things Weiss needed was dental treatment, as meth abuse had destroyed his teeth. But after hearing about his situation, LA-based Dr. Gabe Rosenthal offered his services free of charge. 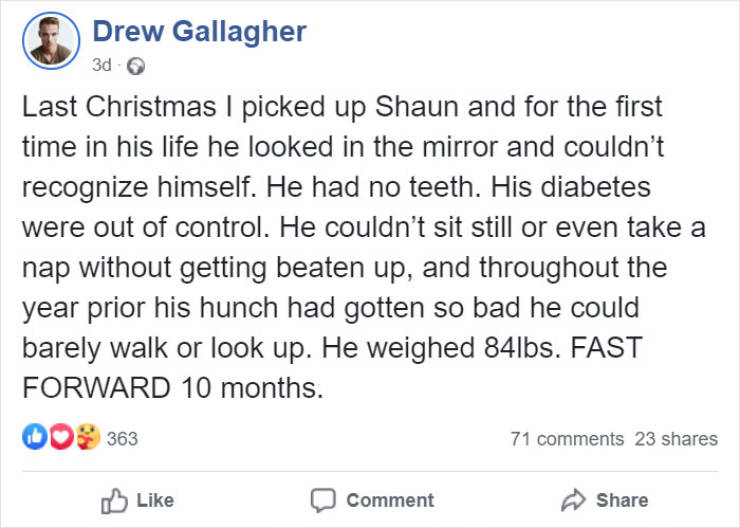 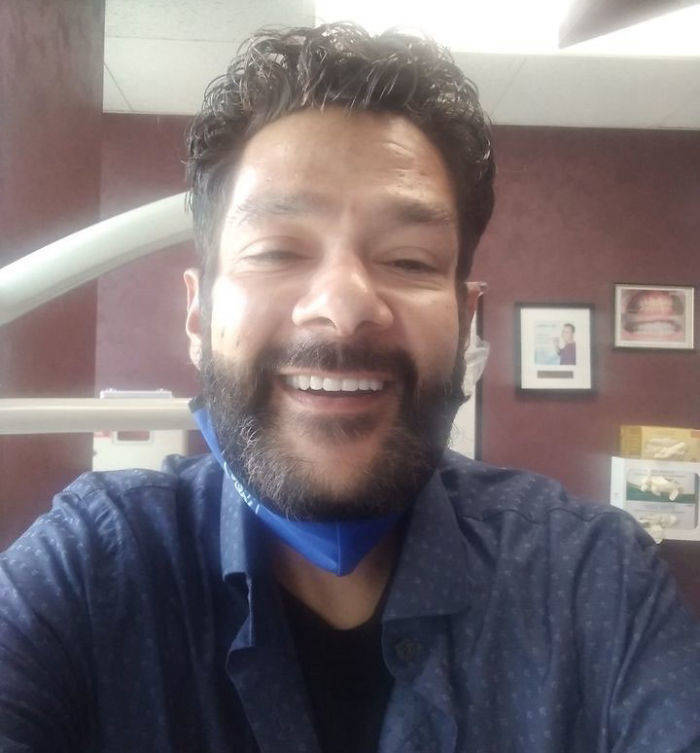 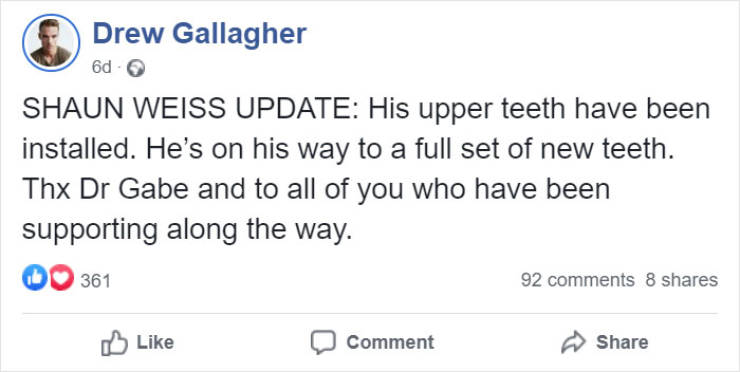 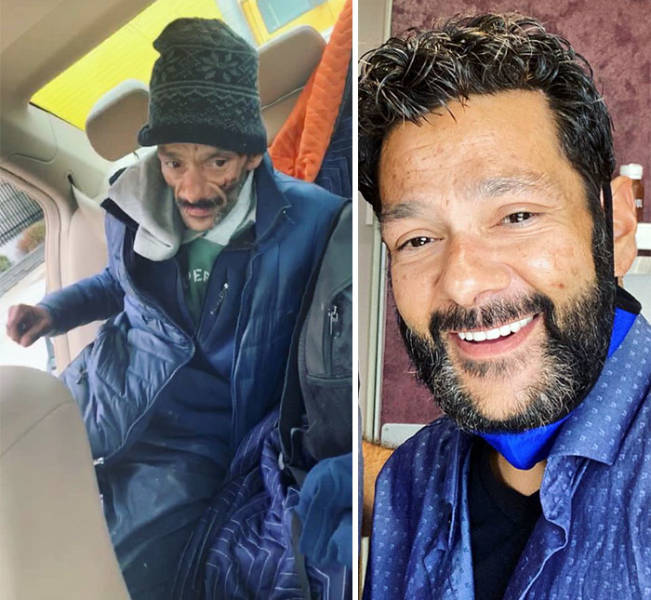 “He’s such a good guy, such a sweetheart. He’s putting his weight back on. He is so much more confident. He’s ready to go. He feels better. Every time I see him, he gains a few more pounds.” 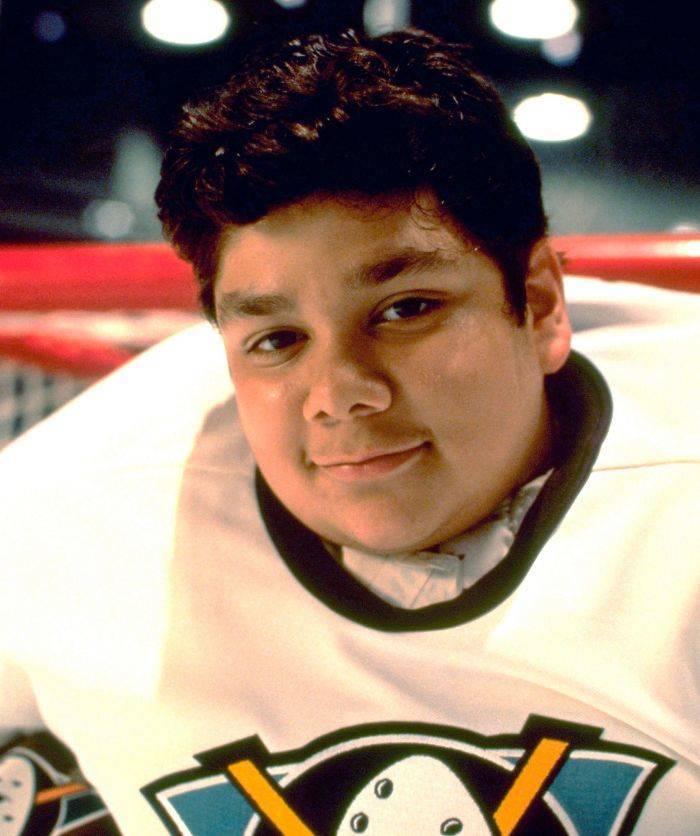 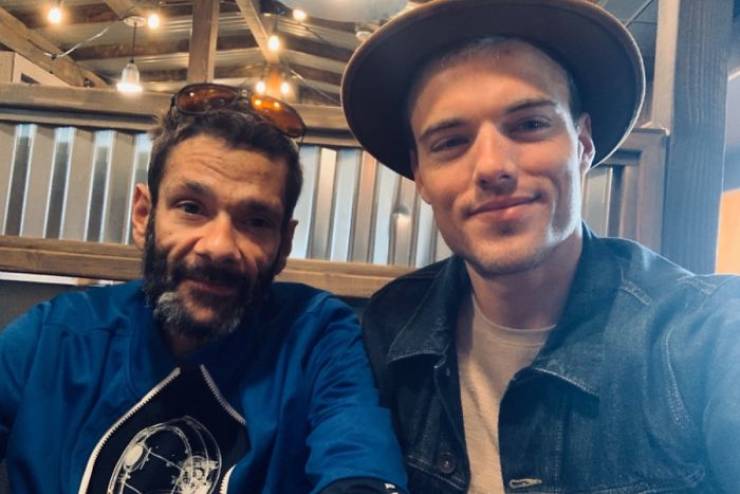 “His face is filling out,” Dr. Gabe added. “He’s smiling like crazy now.”

In July, Weiss sat in Dr. Gabe’s chair to mend broken root tips, clear infections, and remove broken teeth. He then got implants followed by teeth, which are made by the same porcelain as celebrity-loved veneers. He underwent 4 oral surgeries so far, but there’s more to come. 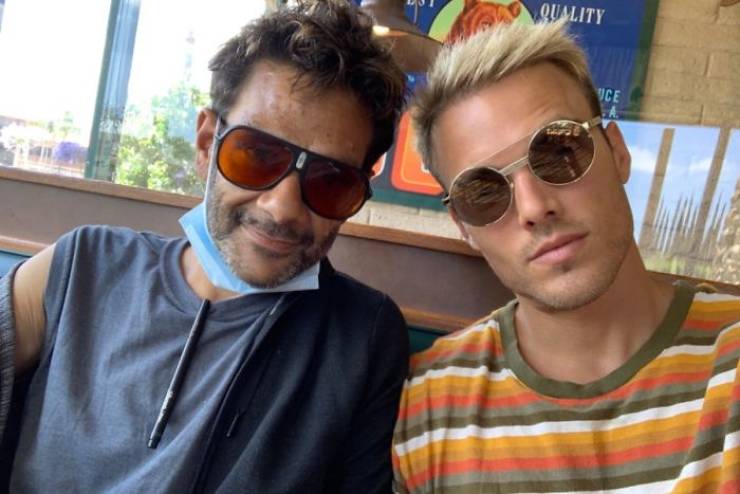 Dr. Gabe hopes to finish his work with Weiss in early 2021. The entire process start-to-finish would’ve cost about $80,000 but since Rosenthal donated his dental services for free, the money from the GoFundMe is said to be going towards other expenses.

“(It’s) allowed Shaun to use the GoFundMe funds to pay rent at his sober-living as well as buy some groceries,” Gallagher wrote an update. “He’s even got an inexpensive laptop so he can access the Internet.” 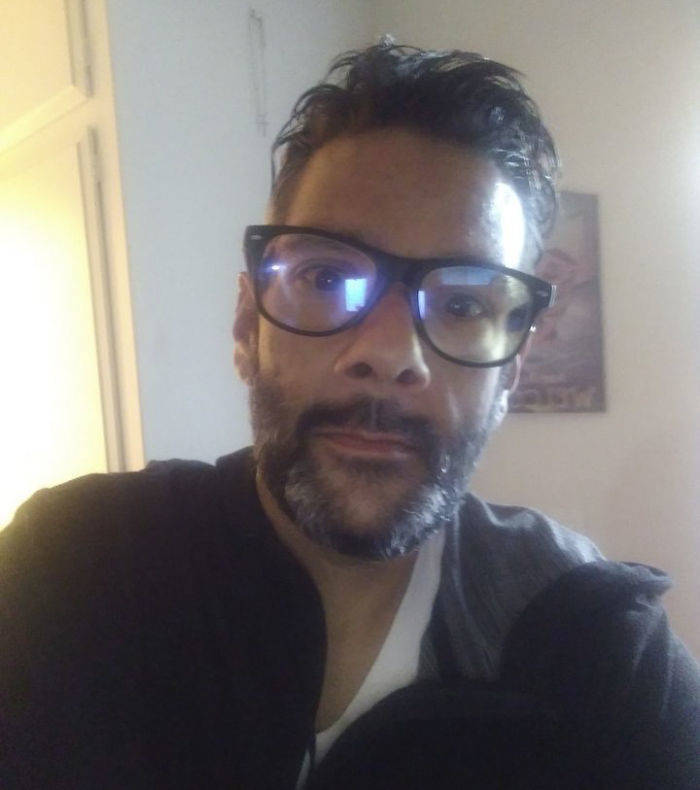 Here’s what people have been saying about Shaun’s transformation

Kendra 2 year s ago
Camille,
Dental implants can cost up to $4000 per tooth although that's the high range so $80k for dental is not unreasonable. Of course they could've gotten a pair of low end dentures for less than $5k like they give low-income people made out of plastic, but those only are good for 5-7 years and the dentist got a ton of good PR out of the deal.
Reply
Powered by